There are many restaurants by the sea on the Costa Blanca, but only some of them are really special. Casa Vital restaurant is a unique place that shines with its own light, where the nights are filled with joy, colour and music and where you can taste an extraordinary menu where the chef masterfully combines the traditional recipes of Norwegian and Spanish cuisine. And they even have their own wines!

In a beautiful elevated corner facing the sea of ​​Altea is the Casa Vital restaurant. Its owner, an unstoppable Norwegian named Åge Folkestand, settled on the Costa Blanca after falling in love with the Mediterranean culture. He decided to transfer his love for art, music and gastronomy by opening a restaurant where he could spread the excellent Norwegian cuisine, but also the Spanish gastronomy. Shortly after, he started making his own wines and nowadays he has many excellent Casa Vital wines from Castilla and from Rioja. His Azul Mediterráneo blue wine has been awarded several prizes and his latest release, Thea, has been inspired by fatherly love towards his daughter. 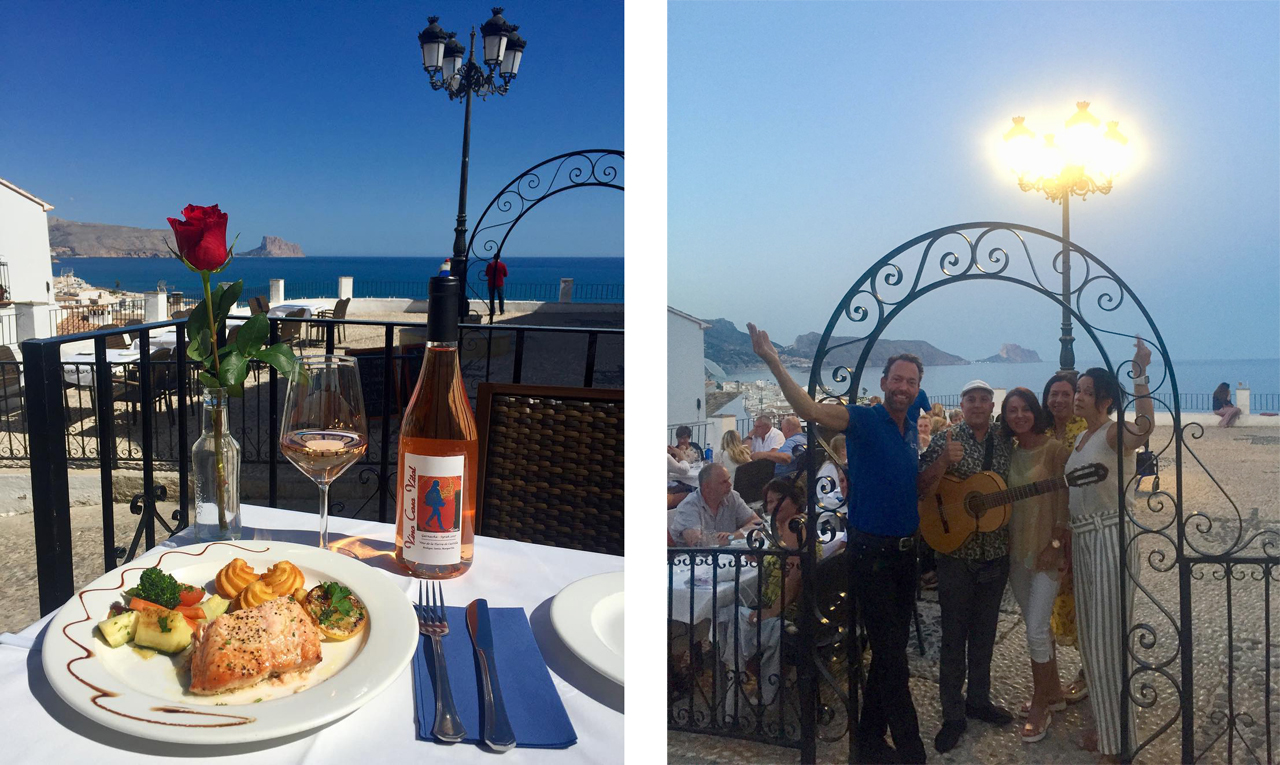 Whether in their dining room or on their privileged terrace overlooking the sea, at Casa Vital restaurant you will enjoy food as never before. You can start this extraordinary journey through Norwegian and Spanish cuisine with a salad, such as Salad with Serrano ham, cheese, nut and raisins, the Norwegian Salad with smoked salmon or the Arabian Salad with hummus, walnuts and raisings. It is a healthy and fresh option for summer!

Then you can choose some starters. Of course, the classic “tapas” stand out. Manchego cheese, Spanish “tortilla” (a wonderful potato omelette), Roman fried squid or shrimps in garlic oil, as well as Galician octopus, vinegar anchovies or melon with serrano ham. The chef also offers you more exotic dishes, such as dates with bacon, smoked salmon with avocado sauce or tuna carpaccio. If you prefer, they also serve an excellent menu of combined tapas. It is a varied option in which you can try tapas from all over the world, so delicious! 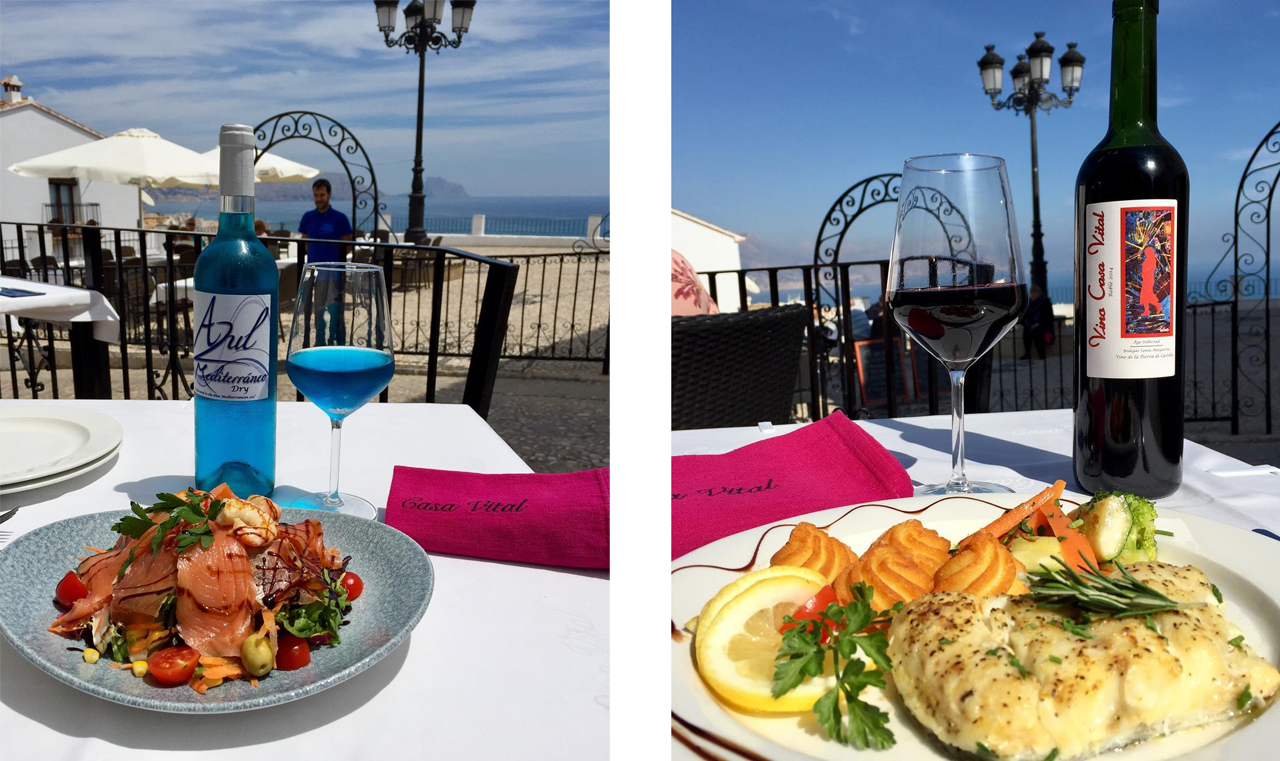 One of the specialties of Casa Vital restaurant is their fresh fish. You have to try their tender Norwegian salted dry cod in tomato or their Norwegian salmon. They are beyond this world! They also have excellent meat dishes, like their famous beef tenderloin with pepper or Roquefort sauce, the pork steak or the tasty lamb chops. Do you want more? The chef of this splendid restaurant also prepares pasta, vegetarian dishes and a children’s menu. And if you like sweets, among its desserts highlights their amazing brownie and its apple pie with cream or ice cream, but its cheese cake with blueberry is incredible!

Enjoy an unforgettable meal at Casa Vital restaurant. During the summer they have exhibitions from well-known and up and coming artists, stay tuned to their website and social media to know more details. The high season has already started and seats are limited, so book your table now!