Ávila is, without any doubt, one of the most beautiful cities in Spain. A characteristic charm surrounds it. The wall that circles its old town, its stone-paved streets, its rustic atmosphere, its medieval constructions and the smell of burnt wood create a romantic and almost mystical atmosphere where you can feel tradition and history.

Through its streets walked such illustrious characters as the nun Santa Teresa de Jesus, the friar San Juan de la Cruz and the politician Adolfo Suárez, among many others. Today it is a city of religious pilgrimage because of its many temples and churches, as well as its impressive and beautiful cathedral. This wall was built in the 12th century as a military defense. It was the first Gothic cathedral built in Spain. It stands out mainly because it was created as a temple and a fortress, being its apse one of the cubes of the famous city wall. It is perfectly maintained and you can walk around it, so that you can enjoy stunning panoramic views of the surroundings. In 1985 the wall of Ávila was deservedly inscribed on the UNESCO World Heritage List. This building radiates beauty and history, being one of the most dazzling monuments in Spain.

But the wall and the cathedral are not the only attractions of this city and its surroundings. Its cuisine, based on the products of the land and meat, is world-renowned. On the other hand, if you go in winter you will inevitably get cold, but you may be lucky enough to be able to contemplate its astonishing snowy landscapes that will leave you breathless. In addition, the surroundings of the city are full of nature, rivers with crystalline water, blue mountains and lakes, as well as historical ruins and other areas that are worth visiting. We tell you everything in the continuation of our tourist guide of Spain. 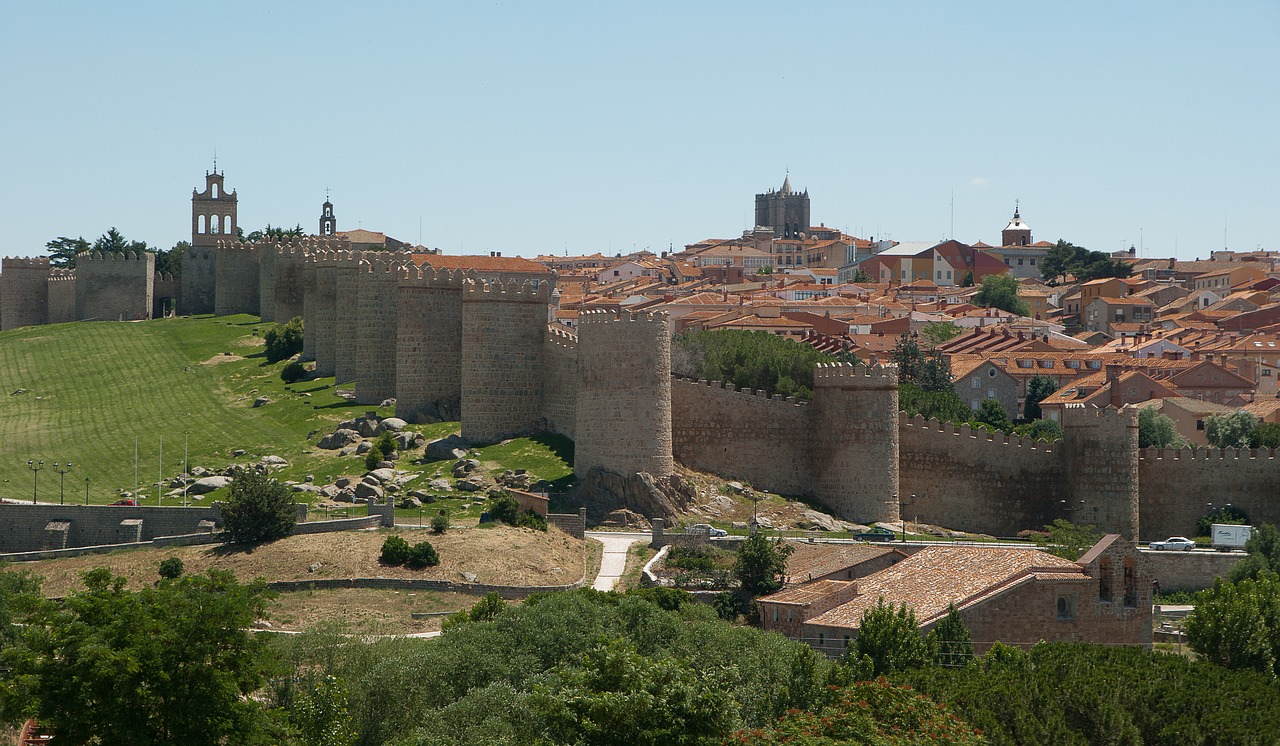 How to get there

Ávila has its own train and bus station on the outskirts of the city. The displacements are usually economic. If you prefer to travel in your own car, there are several roads in very good condition that connect Ávila with other locations, such as Soria, Plasencia, Salamanca or Segovia. From Madrid you can take the AP-6 road to reach the center of Avila in just over an hour. Also, if your destination is in a nearby town, you can always take the ring road to go around the city.

In this city you will find many hotels of all types, although the superiors of 4 and 5 stars are more scarce. Most of the accommodations in this city do not offer meals, since gastronomy of the city is very wide and high quality. On the other hand, if you prefer to live the complete experience, in the outskirts and in the surrounding villages you will find many rural houses. There you will have more privacy, more space, tranquility and, in many cases, your own fireplace and barbecue area. But be careful: the forestry laws of Ávila are very strict, and outdoors barbecues are only allowed during the colder months of the year. 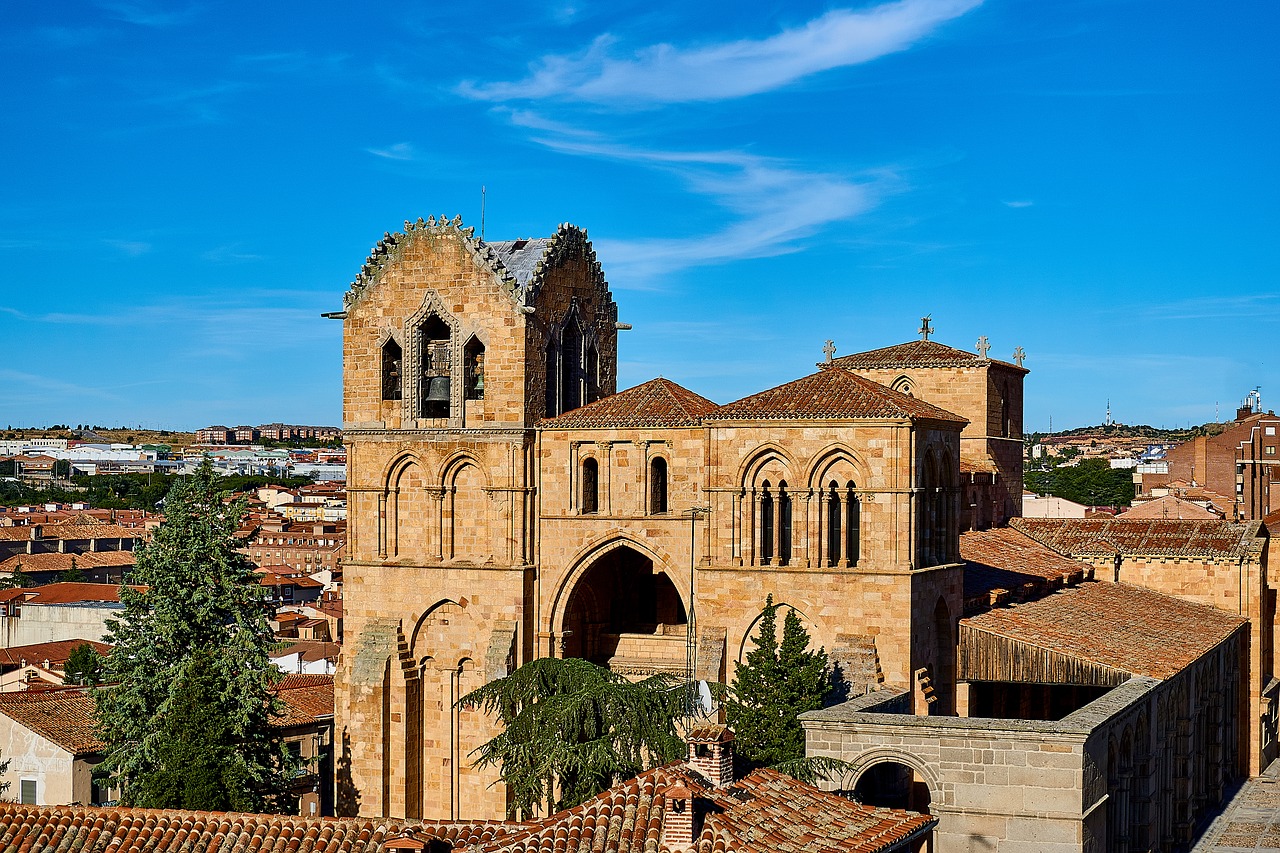 One of the characteristics that most attract tourists who visit Ávila is the cuisine of the area. Here it is not uncommon to find rustic restaurants run by a couple of grandparents, where they serve you huge amounts of ‘patatas revolconas’ with ‘torreznos’ (fried slices of bacon) accompanied by ‘chuletones de Ávila’, the star dish of the city. And all for a ridiculous price. Furthermore, the city of Ávila proposes a gastronomic tasting menu for two people made with local products. The menu DegustÁvila consists of a series of bowls from Ávila with ‘revolconas’ potatoes, beans and Castilian soup, as well as a ‘chuletón’, a beef steak from Ávila, and dessert. This menu can be tasted in different adhered restaurants.

Although lately more modern restaurants are appearing, such as the spectacular Sofraga Palacio (1 López Núñez Street), in Ávila traditional cuisine prevails. One of the most famous restaurants in the area is Los Candiles. Between its elaborations they emphasize their beans of Barco de Ávila, as well as their meats, especially the kid (young goat). You will find it at 5 Pedro de Lagasca Street. We also found a traditional restaurant just in front of the cathedral: El Torreón. This restaurant is located in the lower area of ​​an old medieval palace. In its vaulted stone room you can taste delicious Castilian cuisine and grilled meats. It is located on 1 Tostado Street.

If you prefer something more refined, the restaurant El Molino de la Losa is located just above the river Adaja, surrounded by nature. It specializes in Castilian haute cuisine and stands out for conserving the original utensils that were used in this old mill. It is on 12 Bajada de la Losa Street. On the other hand, if your tastes are more rustic and you do not mind leaving the city, at kilometer 261 of the N-110 road you will find Venta la Collila, where you can taste the most traditional dishes of the region with the style of farmer grandmothers from Ávila. 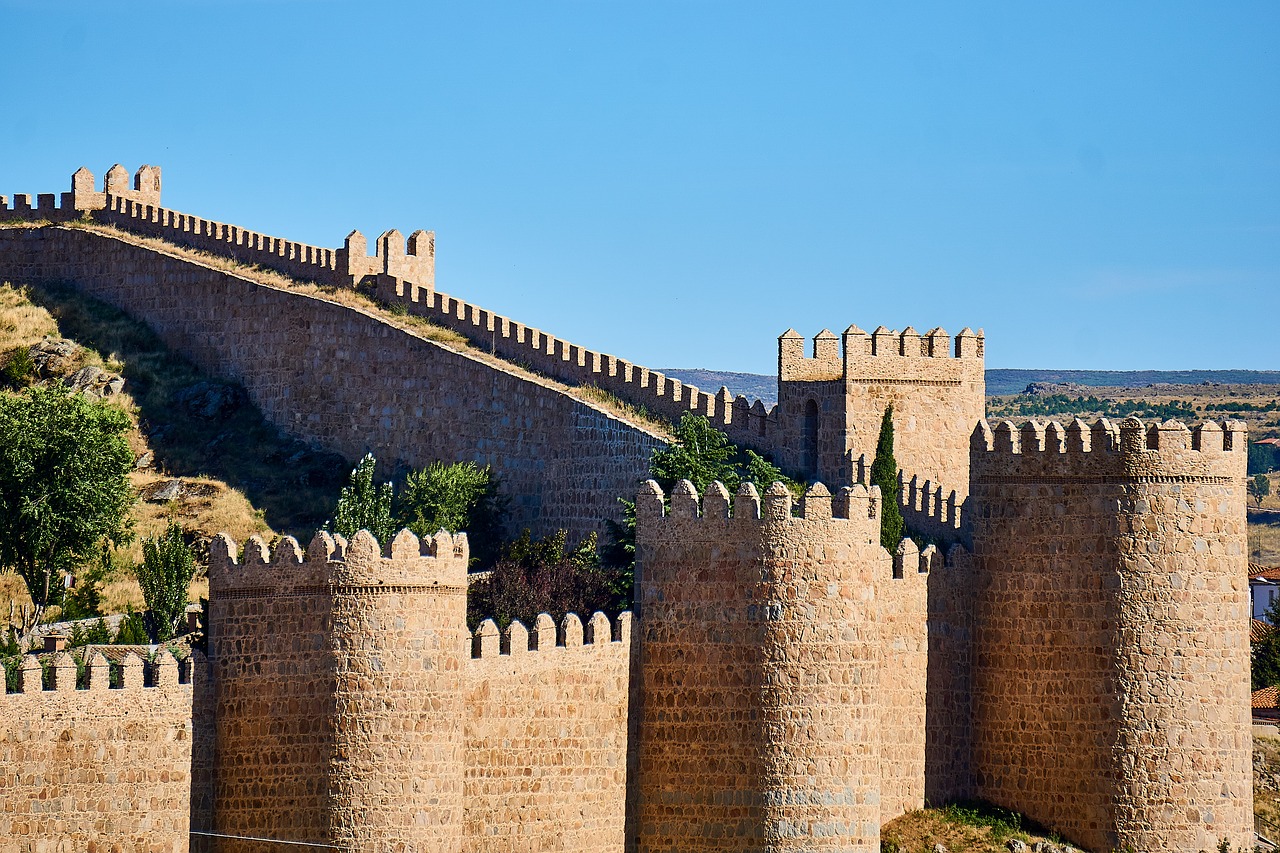 Ávila is a city with an important religious tradition. Therefore, most of its parties are focused on this theme. The great festival of this city is celebrated around October 15 in honor of Saint Teresa of Jesus. The festivities last a week, in which there is a wreath, fireworks, dances and parades. Another religious festival is San Segundo, celebrated on May 2. During these festivities, people dress in period costumes and a pilgrimage takes place in the streets. In addition, the Holy Week of Ávila has been declared of International Tourist Interest. It has 15 processions and the participation of 14 brotherhoods.

Apart from religious events, since mid-July the Summer Festival is celebrated, during which various musical, sporting and cultural activities take place throughout the city. During these dates the Musicians in Nature festival is also held, although you have to go to Hoyos del Espino, in the kilometer 1 of the Plataforma de Gredos Road. Every year two great musicians from the current scene come to play their songs among mountains and green fields. The Abulensis International Music Festival is also well known. It focuses on the work of the Renaissance composer Tomás Luis de Victoria, who was born in Ávila. But if there is a party that has made this city a tremendously popular, it is its Medieval Market. During the first or second weekend of Ávila the whole town returns to the medieval era, celebrating parades, banquets, shows and dances in a perfectly atmospheric environment. It has become so famous that even its visitors come disguised in medieval costumes. Who would not like to try archery dressed with a medieval costume? 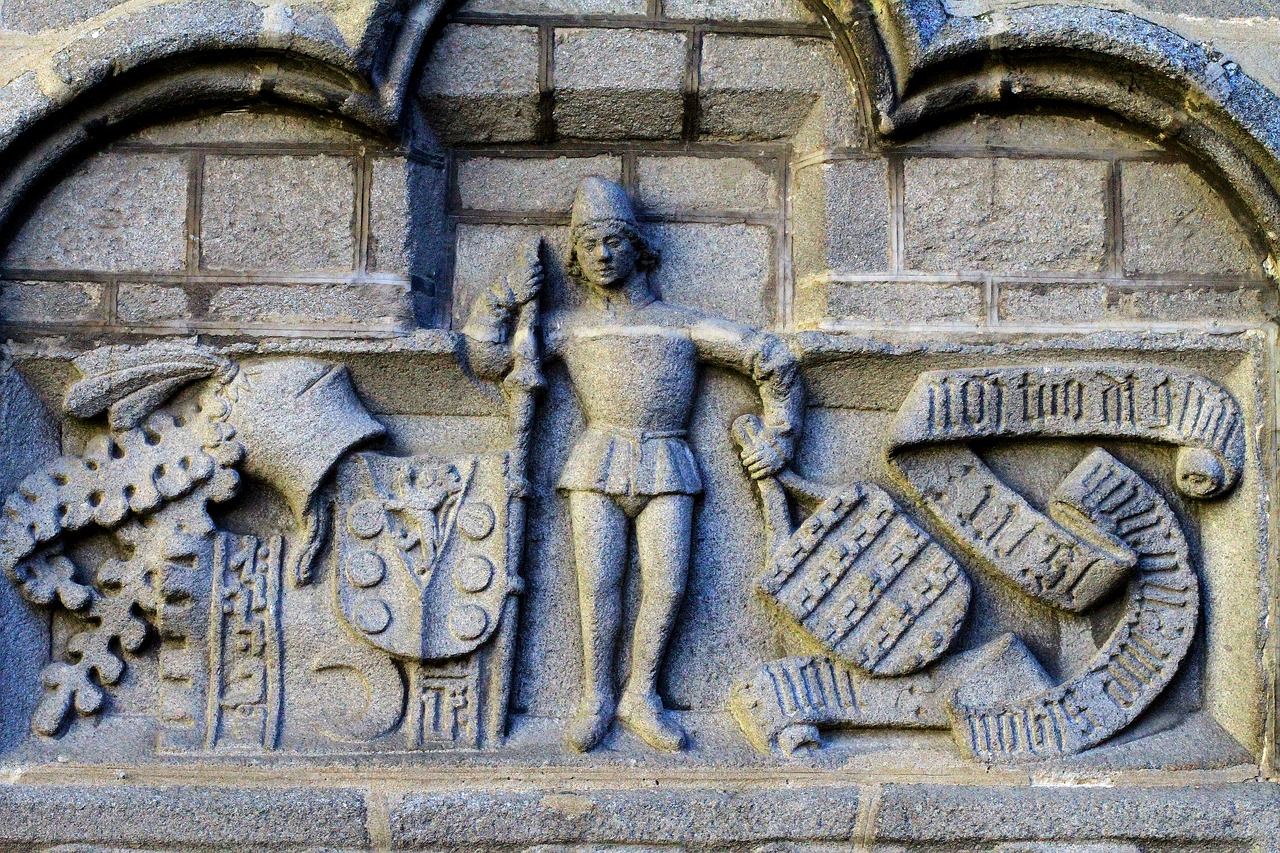 Visits and events that you can not miss

As we have already pointed out, Ávila is a religious city. There are many churches and places of worship worth to visit, such as the cathedral, the Basilica of San Vicente, the Convent and Museum of Santa Teresa and the Royal Monastery of Santo Tomás, among many others. Of course, the fabulous wall of Ávila is also a must see. You can take a guided tour by contacting the Visitor Reception Center. In addition, during the summer months there are dramatized visits to the upper part of the wall in which the actors interpret the history of its construction. 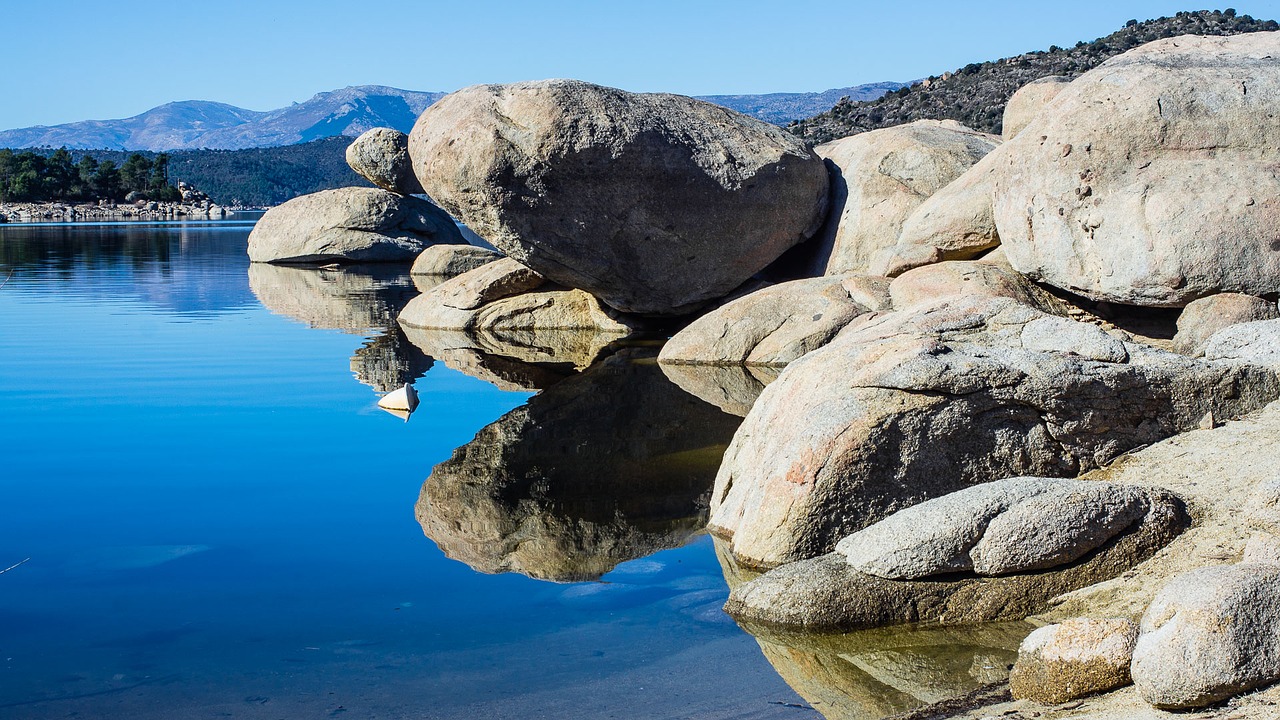 Other places that should not be missed during a visit to the city are the ‘Mercado Chico’ Square, the Roman bridge over the Adaja river built in the 12th century and the Almarza Palace, which dates back to the 16th century and has been declared a National Monument, like the Torreón de los Guzmanes and the Palacio de los Águila. In the city there are numerous guided tours on foot, in addition to the classic little train that runs through the historic center. Also, on the outskirts of Ávila are the Cuatro Postes (Four Posts), built in 1566. Legend sais that Santa Teresa shook her sandals there when she arrived to the city. From here you can see beautiful panoramic views of Ávila and its surroundings, especially at sunset. On the other hand, if you do not mind moving away from the city, you can go to historic enclaves, such as the Castro de Ulaca, an archaeological site of Vetton origin, located in Villaviciosa (Solosancho), as well as hiking in the Sierra of Gredos and bathe in rivers and natural pools.