Tourist guide of Segovia, the city of the aqueduct

If there is a characteristic attraction for which the city of Segovia is known, that is its impressive Roman aqueduct. But this municipality of Castilla y León has much more than that famous legacy. Its perfectly preserved historical remains are combined with an extraordinary gastronomy and an extensive cultural program for all audiences. Are you going to miss this jewel of historical heritage?

The historical tradition is breathed in the medieval spaces of Segovia. Its cobbled streets are still preserved to match the Roman aqueduct and the buildings that can be seen through its arches. That was the setting chosen by the poet Antonio Machado to leave part of his legacy and where stands a twelfth-century fortress that looks like something out of a fairy tale. All framed in a fantastic natural landscape with the mountains in the background. If you are thinking about your next getaway, Spain Life Exclusive places Segovia on your map in the continuation of our Spain tourist guide. 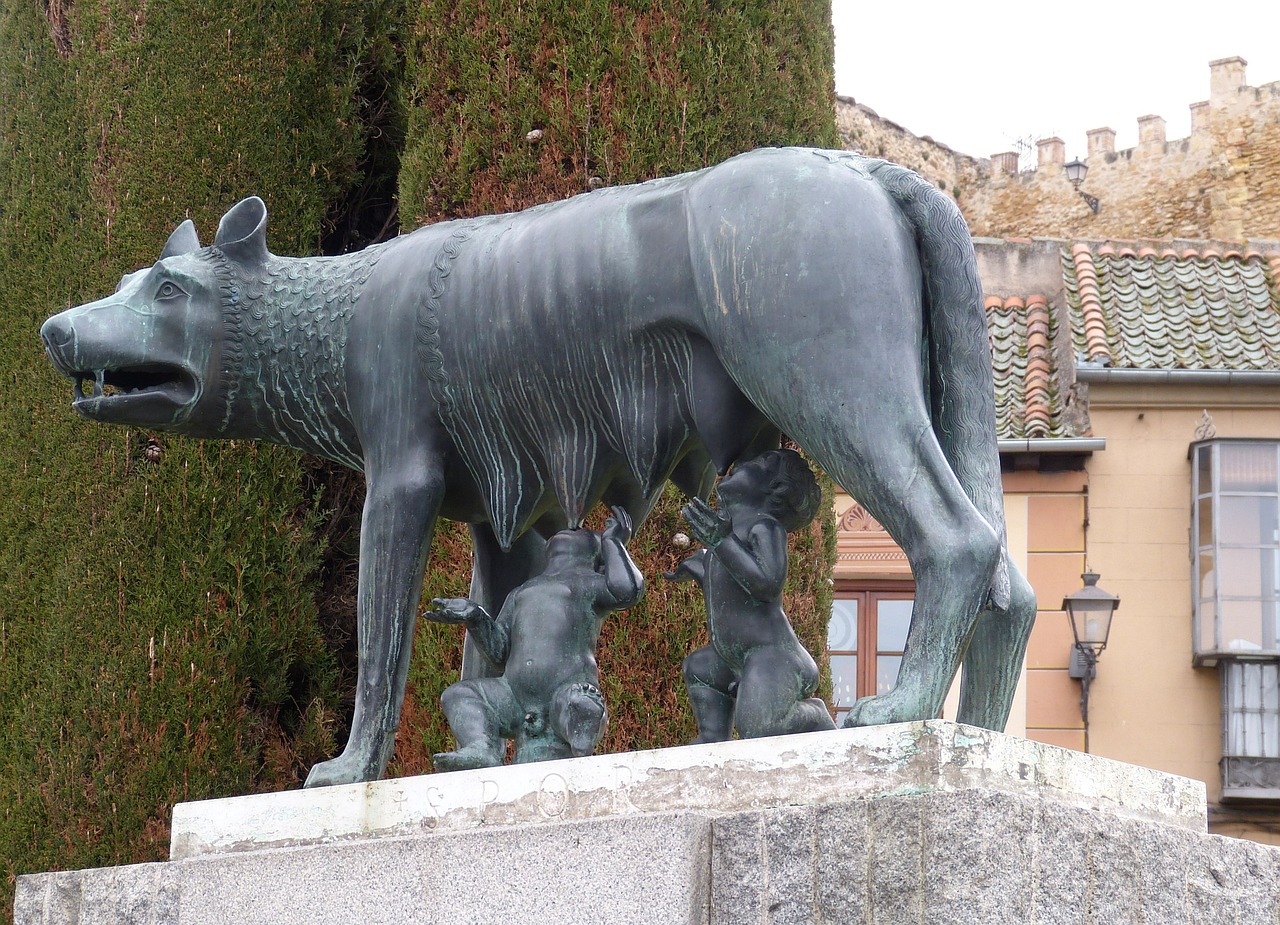 How to get to Segovia

Segovia is very close to Madrid, so it is very well connected. There are numerous trains and buses that arrive to the city every day. AVE and regional trains circulate from Madrid. If you travel in your car you can take national roads, the highway and even the toll road that connects with Ávila.

Once in Segovia it is recommended that you park the car and walk the municipality on foot to avoid losing any of its magical corners. In addition, there are 14 urban bus lines that you can take to comfortably move around the city at a very reduced price.

Where to sleep in Segovia

In Segovia there are hotels for all tastes. The most expensive and luxurious are in the old town or next to the aqueduct. Accommodation with historical ambience is very common and there are several located in ancient monasteries and palaces. On the other hand, you can also stay in a traditional rural house of Castilla y León and there is even a Parador on the outskirts of the city.

Points of interest in Segovia

Of course, you cannot leave without seeing the Roman aqueduct. Literally, since it can be seen from almost the entire city. Built with granite ashlars placed in dry, the aqueduct was built at the beginning of the 2nd century to take the water from the mountains to the city. Without a doubt, it is one of the most spectacular works that the Romans left us. Nowadays, the aqueduct is a Unesco World Heritage Site. The most visible and most famous part is the arcade that crosses the Plaza del Azoguejo, where you can also see the statue of the Capitoline Wolf suckling Romulus and Remus. As in the wall of Ávila, in the summer very interesting and entertaining night dramatized visits are organized. 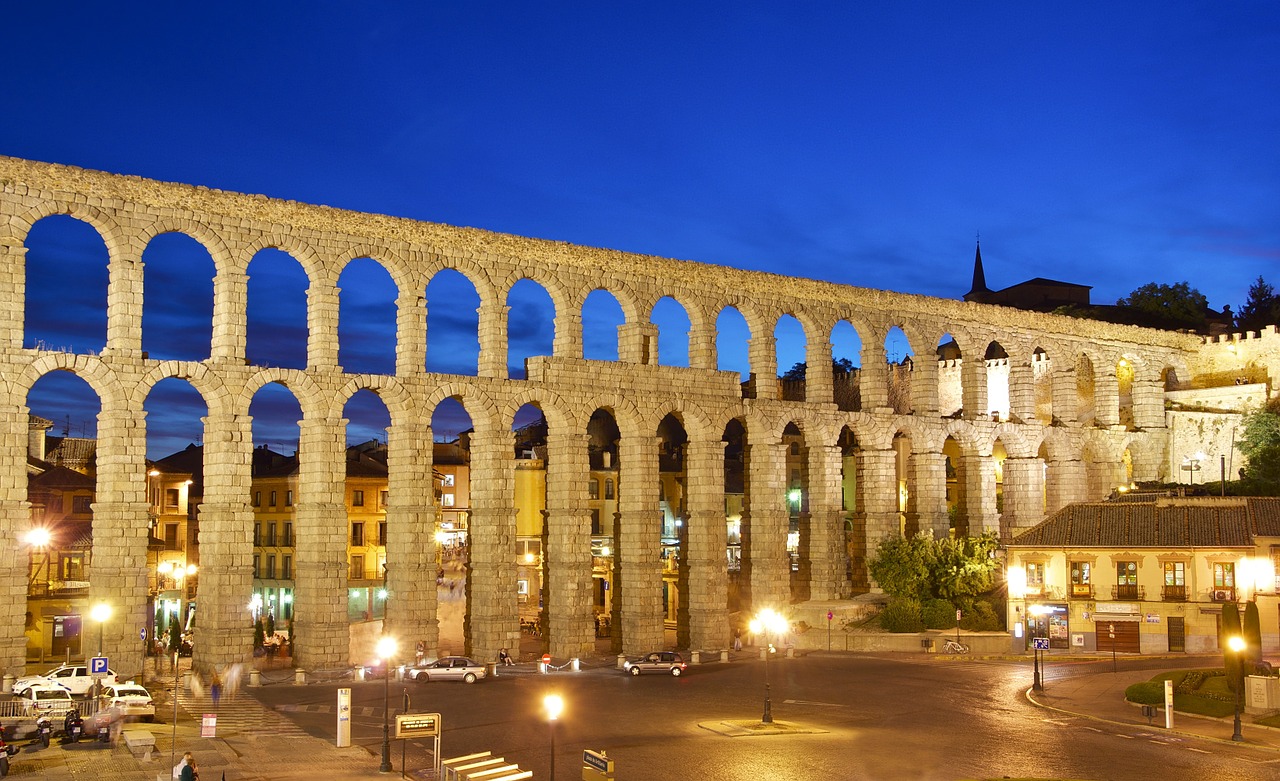 Another mandatory visit is the Real Alcázar of Segovia, one of the main attractions of the city. Its towers and pointed spikes are worthy of a fairytale castle. Not in vain it is said that this construction served as inspiration to create the logo of the castle of Walt Disney. It dates from the early twelfth century and has been Roman fort, medieval fortress, royal palace, custodian of the royal treasury, state prison, Royal College of Artillery and General Military Archive. Nowadays it houses a spectacular historical collection and an excellent weapons museum. 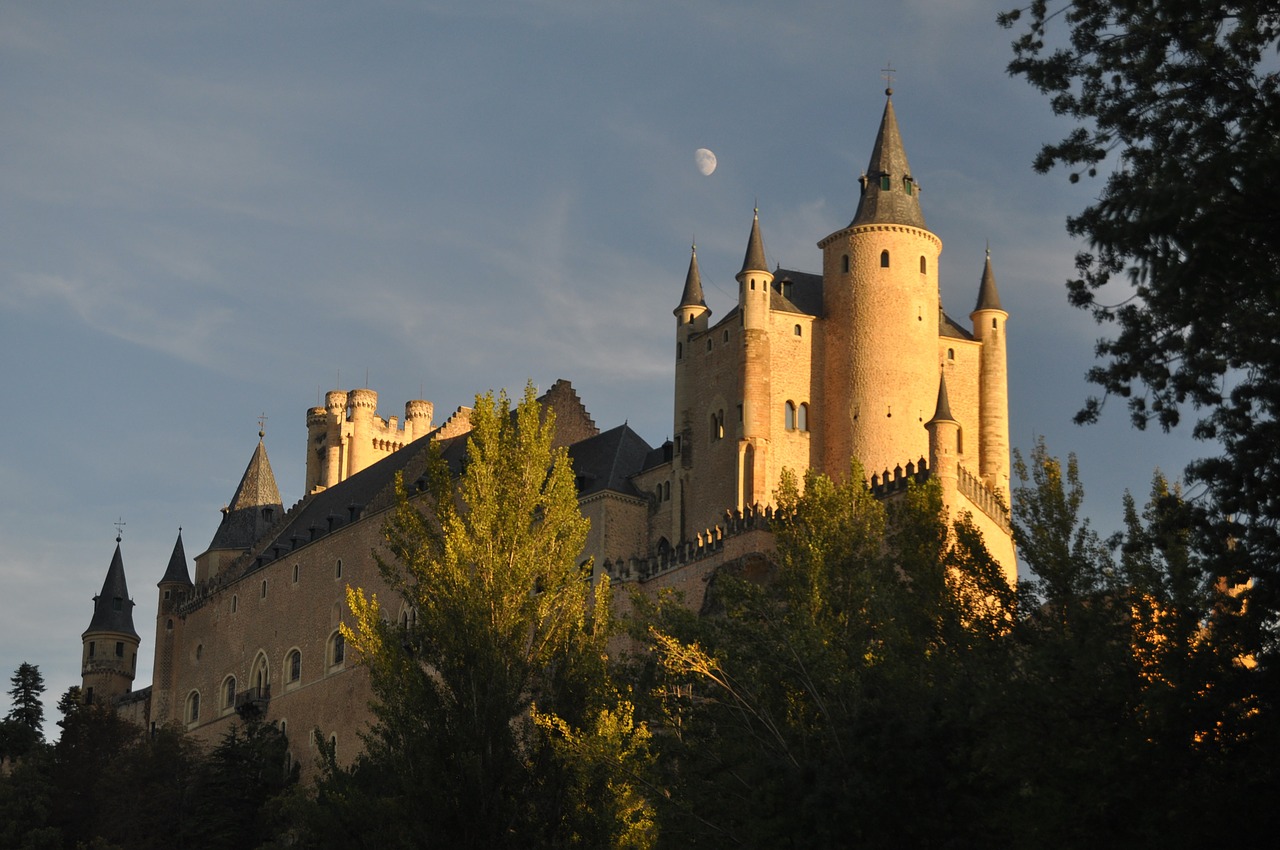 In the Plaza Mayor you can enjoy spectacular panoramic views of the impressive Cathedral of Segovia. A little further on is the Barrio de la Judería, which conserves its historical aspect through its narrow streets. If you are a fan of the poet Machado, you can visit the House-Museum of Antonio Machado, where he lived in a modest pension between 1919 and 1932. In the Monastery of Santa María del Parral you can attend a mass with Gregorian chants that is celebrated every Sunday. Also, if you do not mind taking the car, about ten kilometers away is the Granja de San Ildefonso, built in the seventeenth century by Felipe V. His original idea was to create a building in the style of the Palace of Versailles, so both the palace and its gardens make up an ideal magical place to get lost.

The best restaurants in Segovia

If you like suckling pig you are in the right city. They serve it in almost all its restaurants, which are mostly traditional, following the Castilian line. If you are going to visit Segovia surely more than one person has recommended the Mesón de Cándido to eat (5 Azoguejo Street). It is an authentic institution that is located in a house of the fifteenth century, a reference of regional cuisine located next to the aqueduct. The menu of this restaurant focuses on traditional Castilian cuisine and has become especially famous for its carving of suckling pig with a dish. Something more refined is the restaurant Duque (12 Cervantes Street), which also has a long historical tradition, as its doors opened in 1895. Of course, in its menu you will find traditional Spanish dishes led by the suckling pig. A similar place is the José María restaurant (11 Cronista Lecea Street), which in addition to the traditional suckling pig offers delicious dishes of suckling lamb, hake and sea bream. 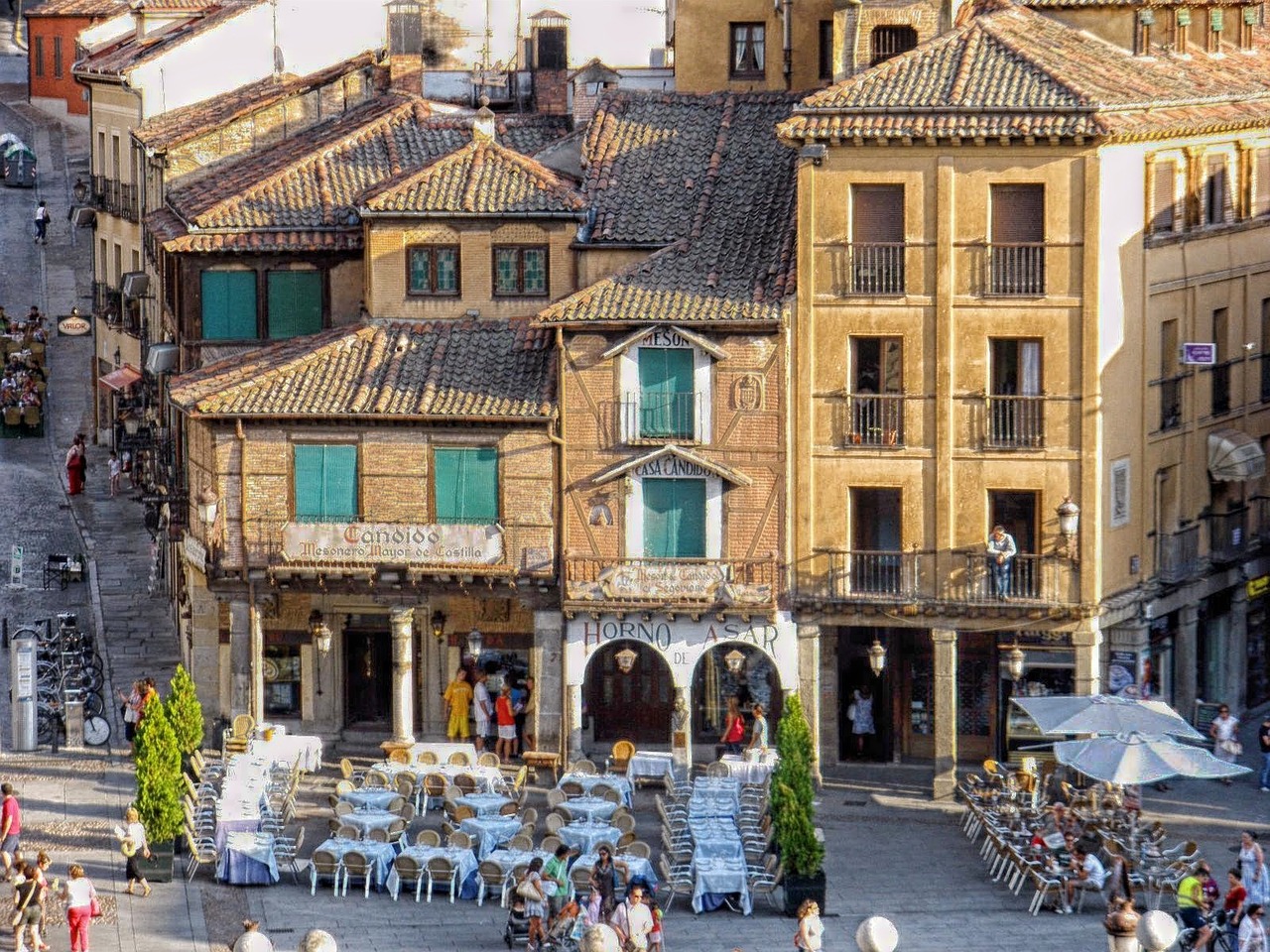 To eat tapas there are many award-winning places, such as Julián Duque (8 Plaza Mayor), El Sitio (7 La Infanta Isabel Street), El Patio de la Catedral (2 Doctor Castelo Street) and the famous El Fogón Sefardí (17-19 Judería Vieja Street). If you do not mind moving about ten kilometers, the locals also recommend the town of Torrecaballeros to eat, whose restaurants stand out for their famous roasts.

The festivities of San Juan and San Pedro

The most popular festivities in Segovia take place between June 23 and 29. As usual in the patron saint festivities of Spanish cities, festivals of San Juan and San Pedro are organized dances, different shows, musical performances and many activities. Although the bonfires of San Juan de Segovia are not as well-known as those of Alicante, the shortest night of the year begins with them and ends at dawn in the hermitage of Juarrillos. According to tradition, you have to go there and watch the sun rises while you spin. Beware of drinking! 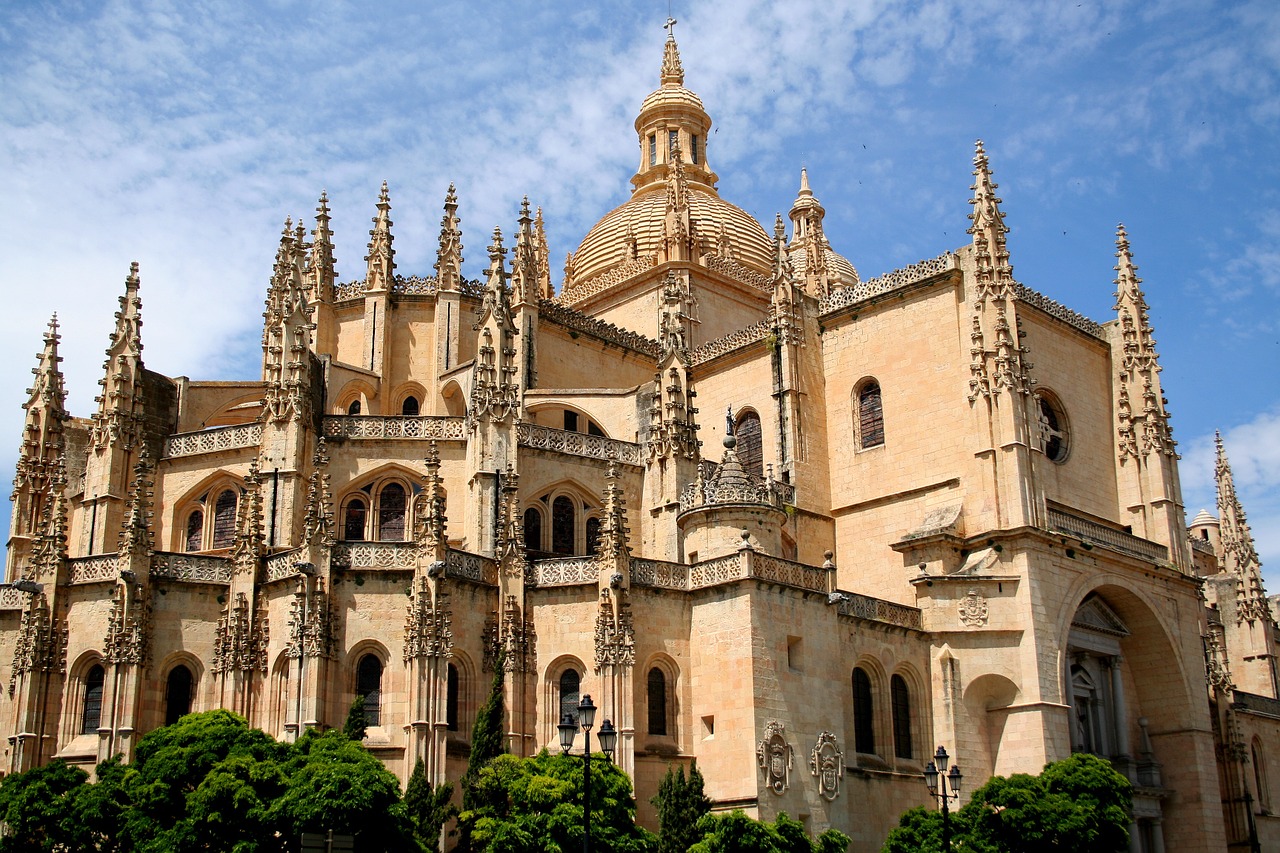 What to do in Segovia

If you are lucky that you still have time in Segovia do not hesitate to visit the natural park of the Hoces del Río Duratón. It is a Special Protection Area for Birds, where you can even spot vultures flying at low altitude. This park makes up a spectacular landscape ideal for hiking and getting lost in nature.

If you prefer a quieter plan you can go to have a drink at Infanta Isabel Street or the Plaza Mayor. You can also relax in one of its spas. This activity is especially suitable if you visit Segovia in winter, as it is usually very cold and snow often covers the city.