In Spain,  La Manga del Mar Menor in the Region of Murcia is known as one of the most traditional sun and beach holiday destinations. 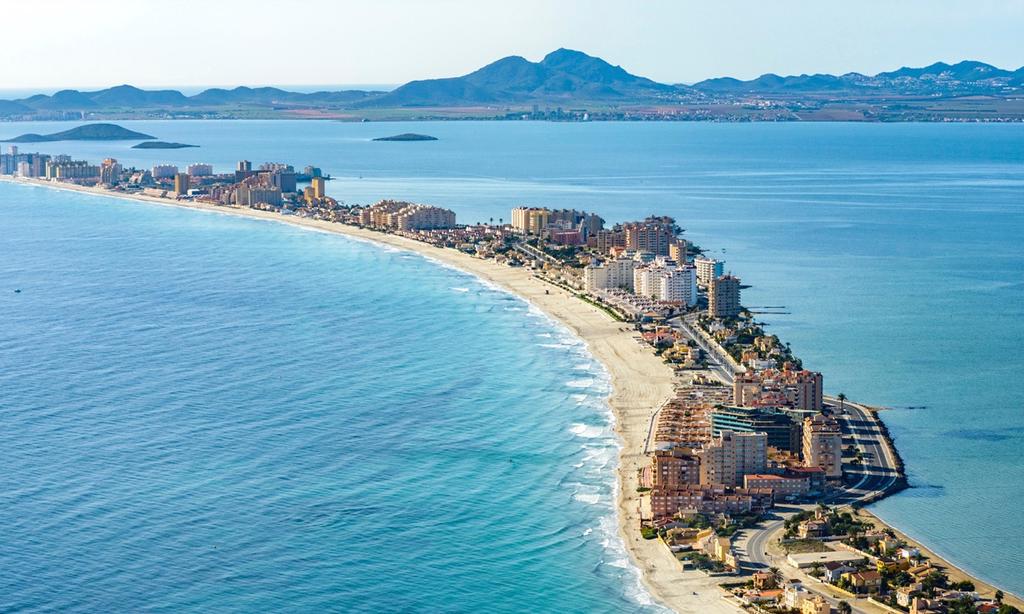 This Mediterranean coastal enclave is a tongue of land just over 20 kilometres long, which separates the Mediterranean Sea from the Mar Menor. It stretches from the Cabo de Palos lighthouse to the Parque de Las Salinas in San Pedro del Pinatar. Its width ranges from 100 to 1,200 metres.

La Manga is divided into two municipalities, Cartagena and San Javier Cartagena. With 315 days of sunshine a year, eternal beaches, volcanic islands, secluded coves, unique ecosystems, nautical sports, good gastronomy, average temperatures over 19º, what more could you want? Every year thousands of people, mostly from Madrid, come to enjoy their holidays in La Manga and other parts of the Mar Menor area.

Discover all the attractions that La Manga del Mar Menor has to offer, such as a beautiful lagoon of calm, shallow waters separated from the Mediterranean by the extensive sandbanks of La Manga. If you’re wondering what to see in the Mar Menor, here are eight perfect experiences to unwind on this stretch of Murcia’s coastline. Not only will you get to enjoy sun and sand, but also irresistible temptations including the San Pedro del Pinatar, San Javier, Los Alcázares, Cartagena and La Manga del Mar Menor. 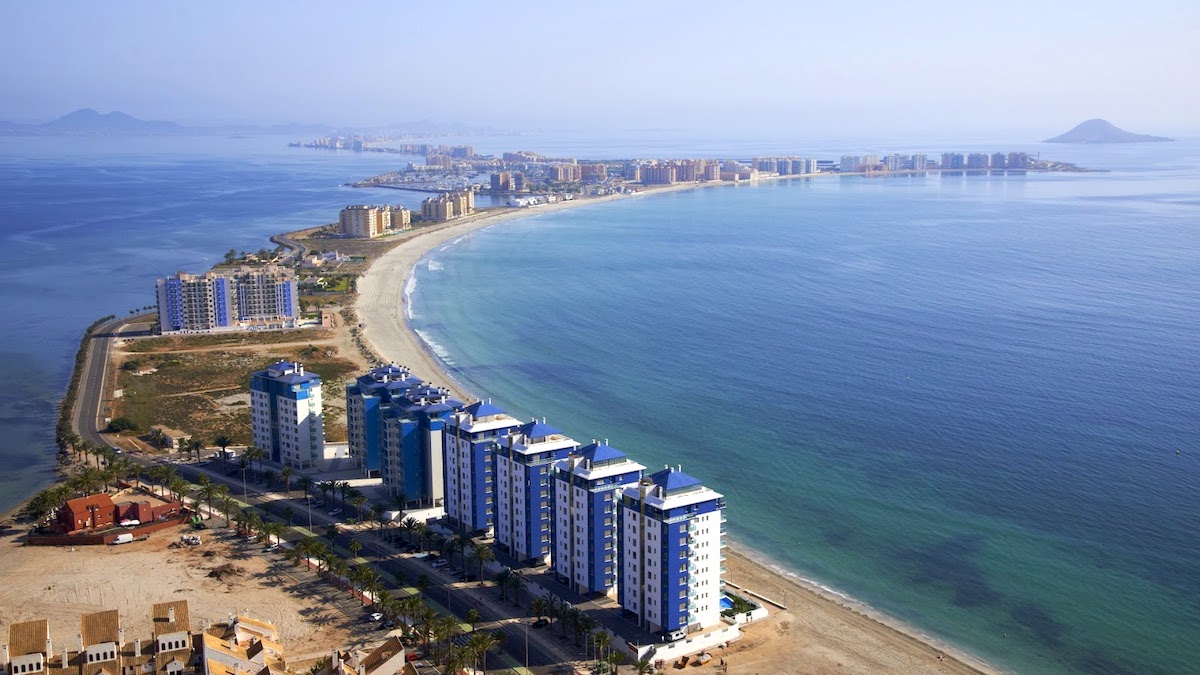 Its unusual division makes La Manga a complicated entity to manage, so the two town councils must collaborate jointly in the maintenance of beaches, roads, etc. in what is known as the “Consortium”.

La Manga del Mar Menor is one of the most popular destinations of Murcia for sun, sand, beach, water sports and leisure tourists, from which the phrase was coined “A paradise between two seas”. It’s equipped with all kinds of infrastructures both in summer and winter, and so the number of people who decide to take up residence there, both Spanish and foreigners, is increasing year after year.

The Mediterranean Sea and the Mar Menor are connected by channels called “golas” through which water is exchanged between the two seas. The central gully (El Estacio) is an artificial extension and gives access to the marina. Also artificial is the one at Marchamalo. Natural golas are those of Ventorrillo and El Charco in the area of Encañizadas.

On both sides of La Manga there are several islands of volcanic origin. In the Mar Menor we have La Perdiguera, Isla Mayor (or Isla del Barón), Isla del Ciervo, Isla del Sujeto and Isla Redonda (or Rondella). From the Mar Mayor we can see Grosa Island, Farallon Islet and the Hormigas Islands.

What to do at La Manga del Mar Menor?

Check out the Monte Blanco Viewpoint

For the best panoramic views of La Manga and the Mar Menor,  we recommend that you go up to the Monte Blanco viewpoint, located about four kilometres from the entrance to this strip of land.

From this circular viewpoint, which is located opposite the nearby Isla del Ciervo, you have a 360-degree view that will allow you to understand the peculiar characteristics of this geographical enclave in the Region of Murcia. 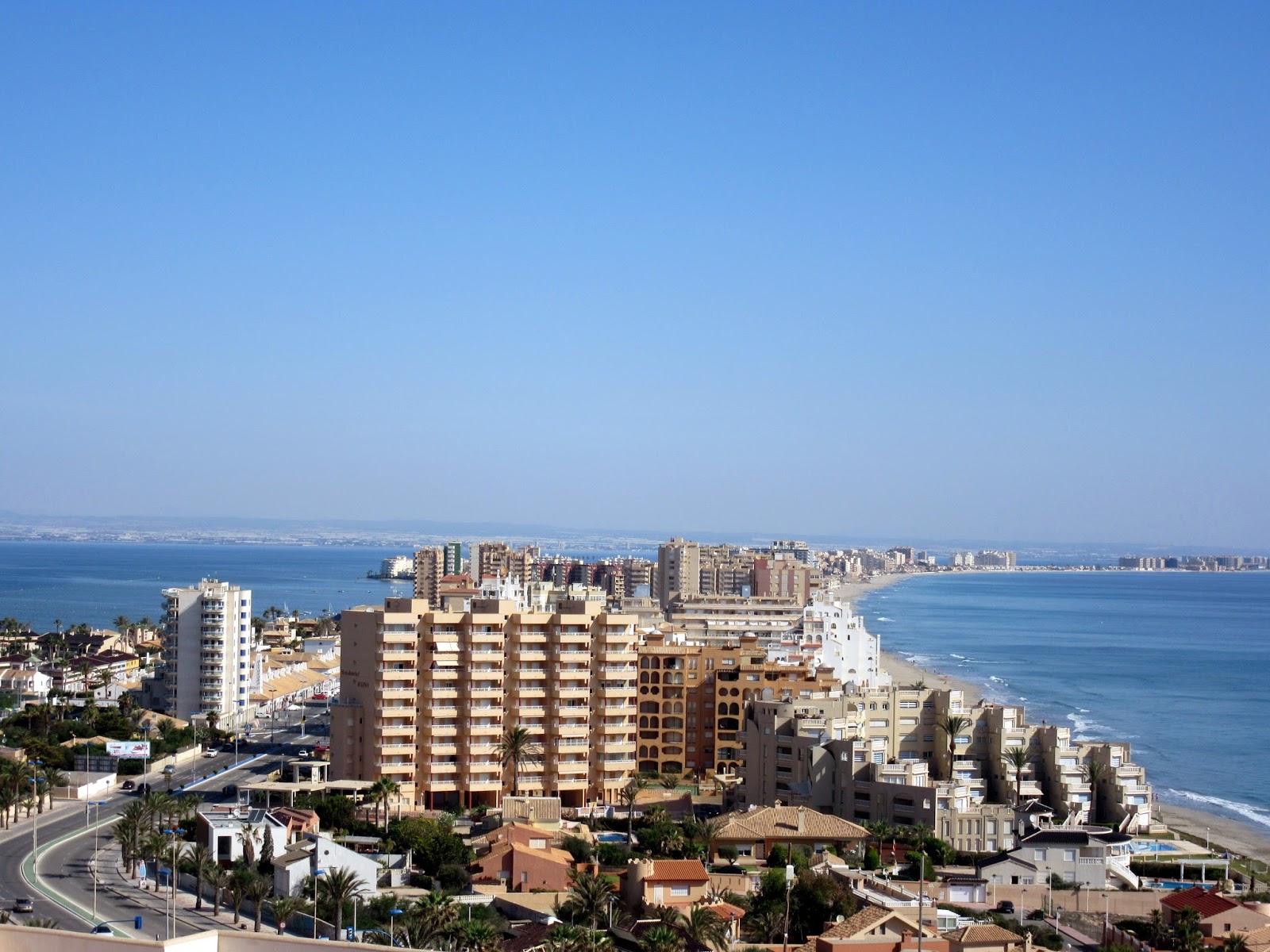 Hop on a Sailboat on the Mar Menor

Of course, sailing on a boat on the Mar Menor is one of the attractions offered by this tourist enclave to its visitors, for which there are a wide variety of options.

On the one hand, there is the year-round ferry line that crosses from Los Alcázares to La Manga, specifically to the Tomás Maestre marina.

In the months of July and August, there are various boat trips available on the Mar Menor, even going out into the Mediterranean Sea to take you to the nearby island of Grosa, a natural area declared a bird protection area.

You’ll also be able to find a boat trip to the Grosa Island and the Farallón, which leaves from the port of Tomás Maestre and lasts two hours, leaving the Mar Menor to sail to these Mediterranean islets.

Finally, you also have the option of sailing in the Mar Menor, without going out into the Mediterranean, a pleasant excursion of almost two hours that takes you around the islets of this large lagoon. 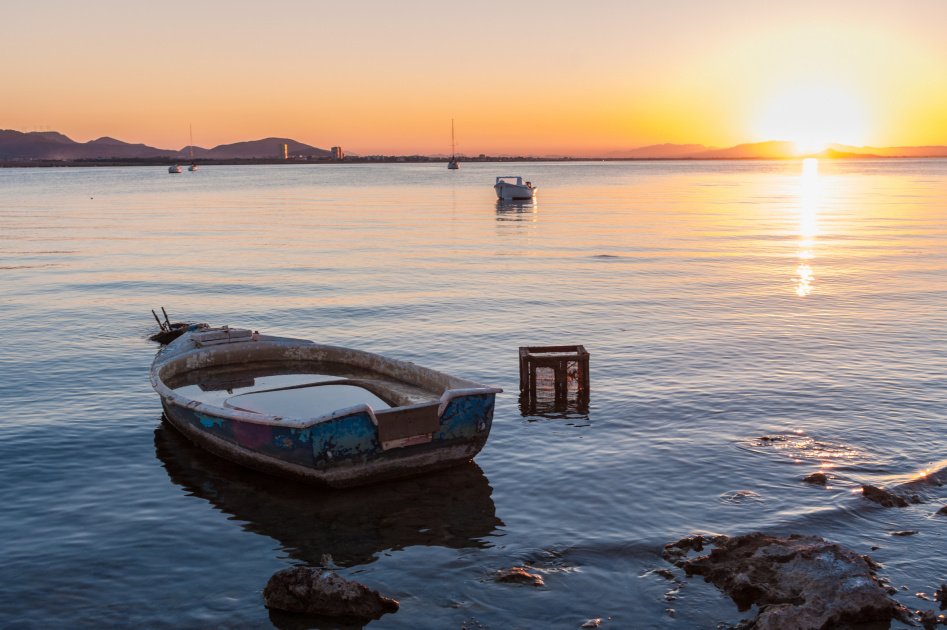 What to Do in the Surrounding Area

Once you have sailed along the Mar Menor, you may feel like going ashore for a while and discovering the attractions that the surrounding area has to offer. You will find hiking routes that will take you to places full of the typical vegetation of the area, as well as the fauna rich in native birds. There are protected areas that form a unique landscape, which you can explore by bicycle.

Also, the Cabo de Palos area is a must-see in the Mar Menor. To the south of La Manga, between beaches and coves, we recommend you visit the lighthouse. Its construction dates back to the 19th century and at that time it was used to assist the navigation of ships arriving from the Levantine coast and continuing their journey to Cartagena.

From here you can get incredible views of the Mediterranean and the lagoon. The islets around the cape can be seen on foot, but it is more advisable to see them on board a sailing boat.

If you head north of the city, you’ll also find a wide variety of cultural options. Here, you can visit the Museum of the Sea, located in San Pedro de Pinatar, where you will see curious forms of shells, conches and other animal remains. The Palace of the Counts of Villar de Felices, known as the Casa de la Rusa, is one of the symbols of the town and is well worth a visit, both for the building’s beauty and for the museum and cultural events hidden within its walls. 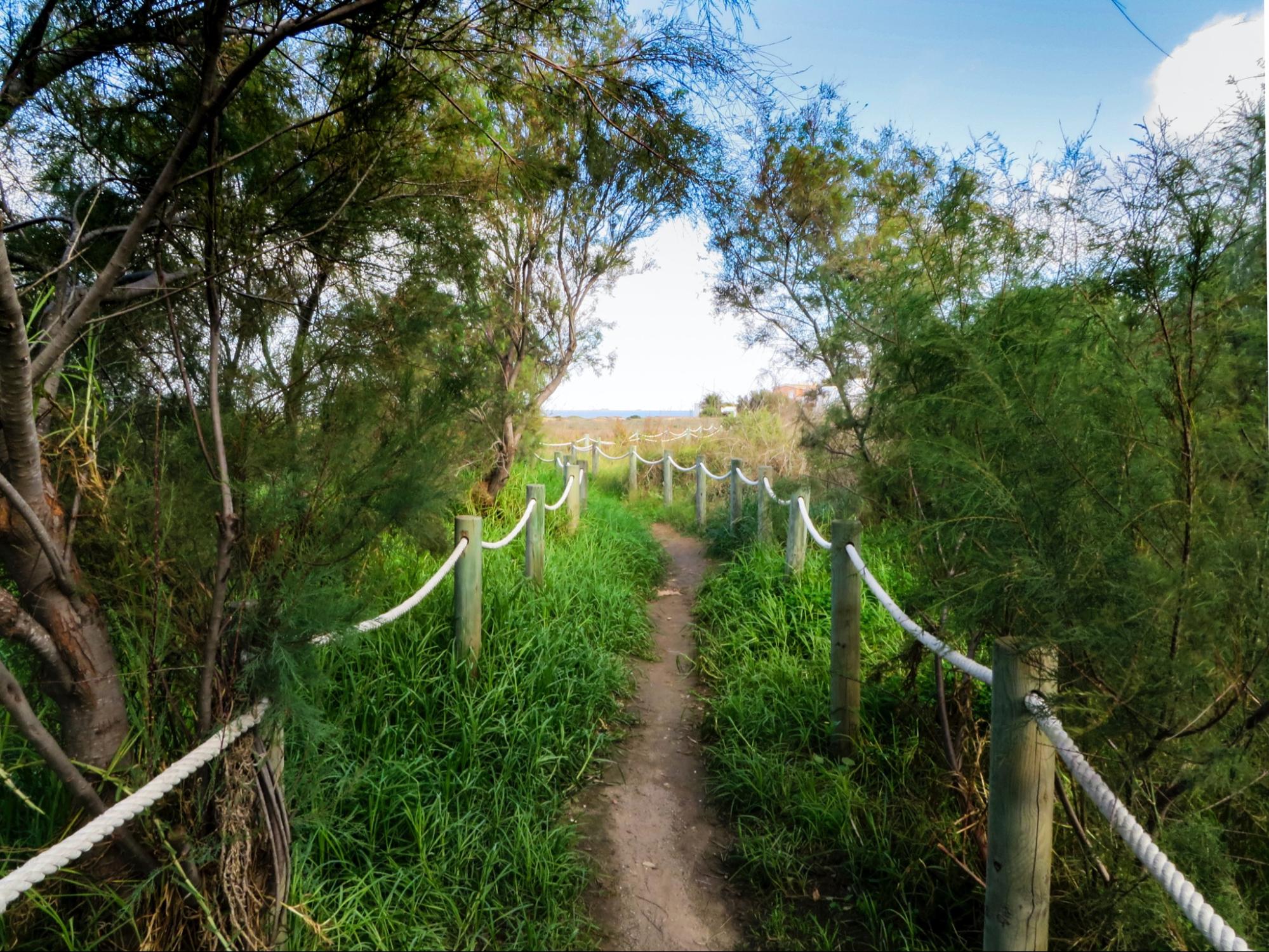 Gastronomy in the Mar Menor

And of course, gastronomy is another of the stand-out attractions of enjoying a getaway or a holiday in the Mar Menor and its surroundings.

The caldero is undoubtedly the local star speciality, but along with this rice dish you can also try dishes cooked with the famous Murcian vegetables, as well as fish and seafood, such as prawns from the Mar Menor.

Restaurants that are worth sampling the local gastronomy which we can vouch for, are El Rubio in San Pedro de Pinatar, Balneario la Encarnación and La Tropical in Los Alcázares, Miramar in La Ribera, and Área Sunset in La Manga. 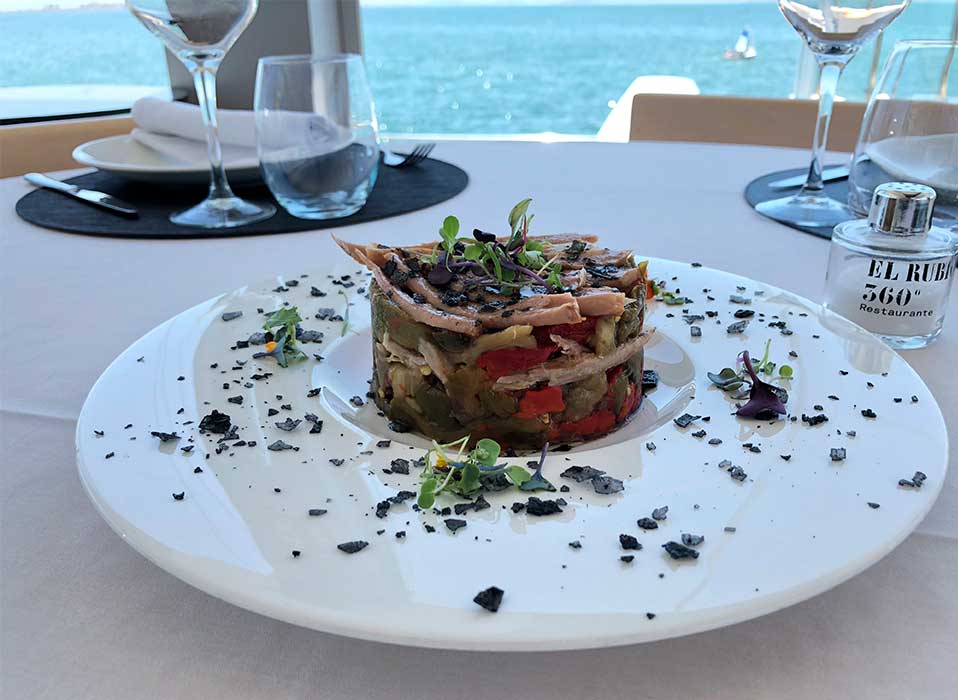 If you are looking for a nice place to relax and with all the services you would expect from a five-star hotel, we recommend the DoubleTree by Hilton La Torre Golf & Spa Resort. It’s located in Torre Pacheco, just a few kilometres from the beach and surrounded by golf courses.

In addition to its fantastic facilities, the cuisine gets rave reviews. Here you can savour the culinary creations of chef Tony Pérez that parade around the tables of the La Vinoteca restaurant. Creativity, quality products, good technique and surprising flavours that respect the basics of traditional cuisine. 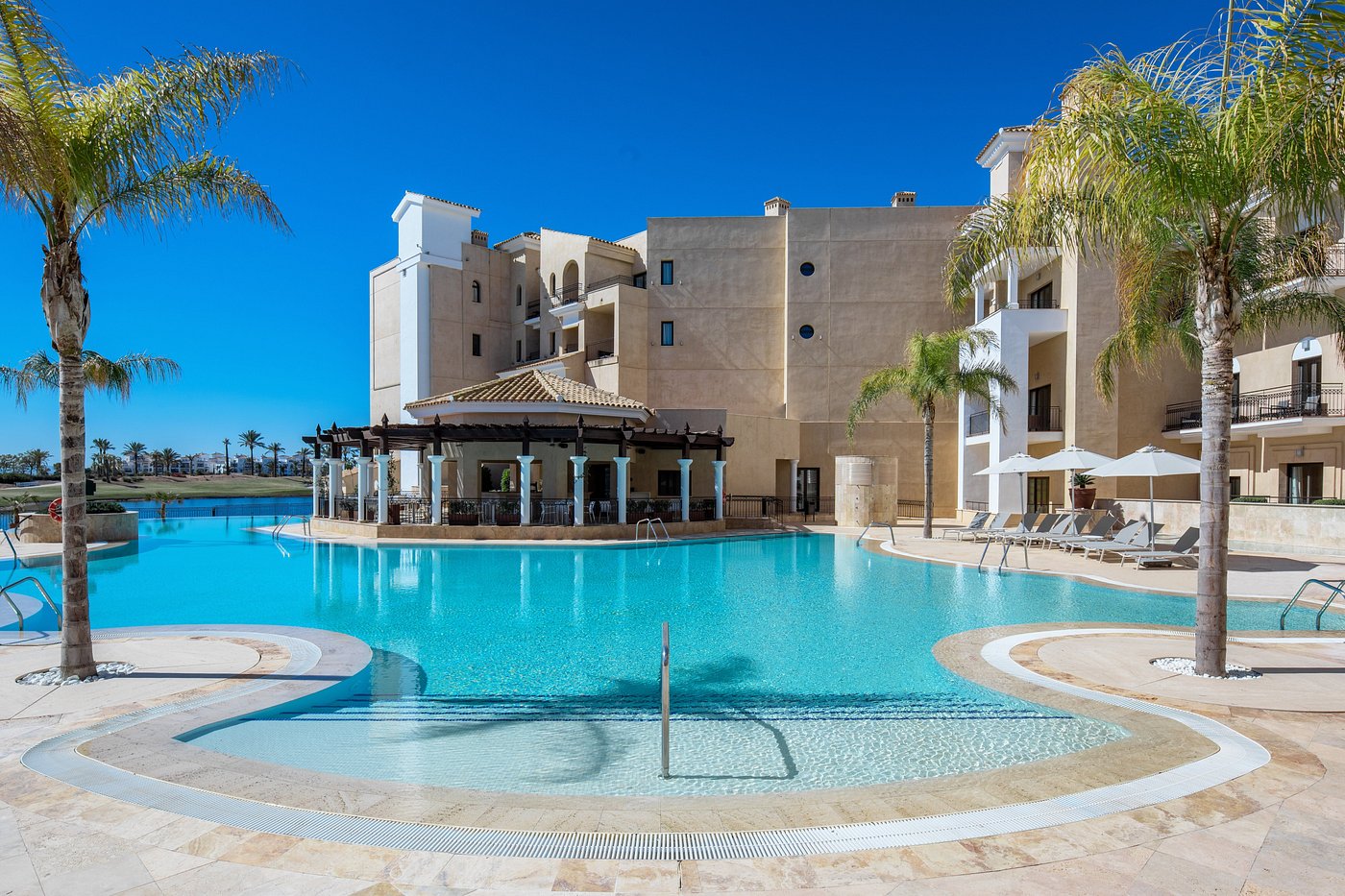 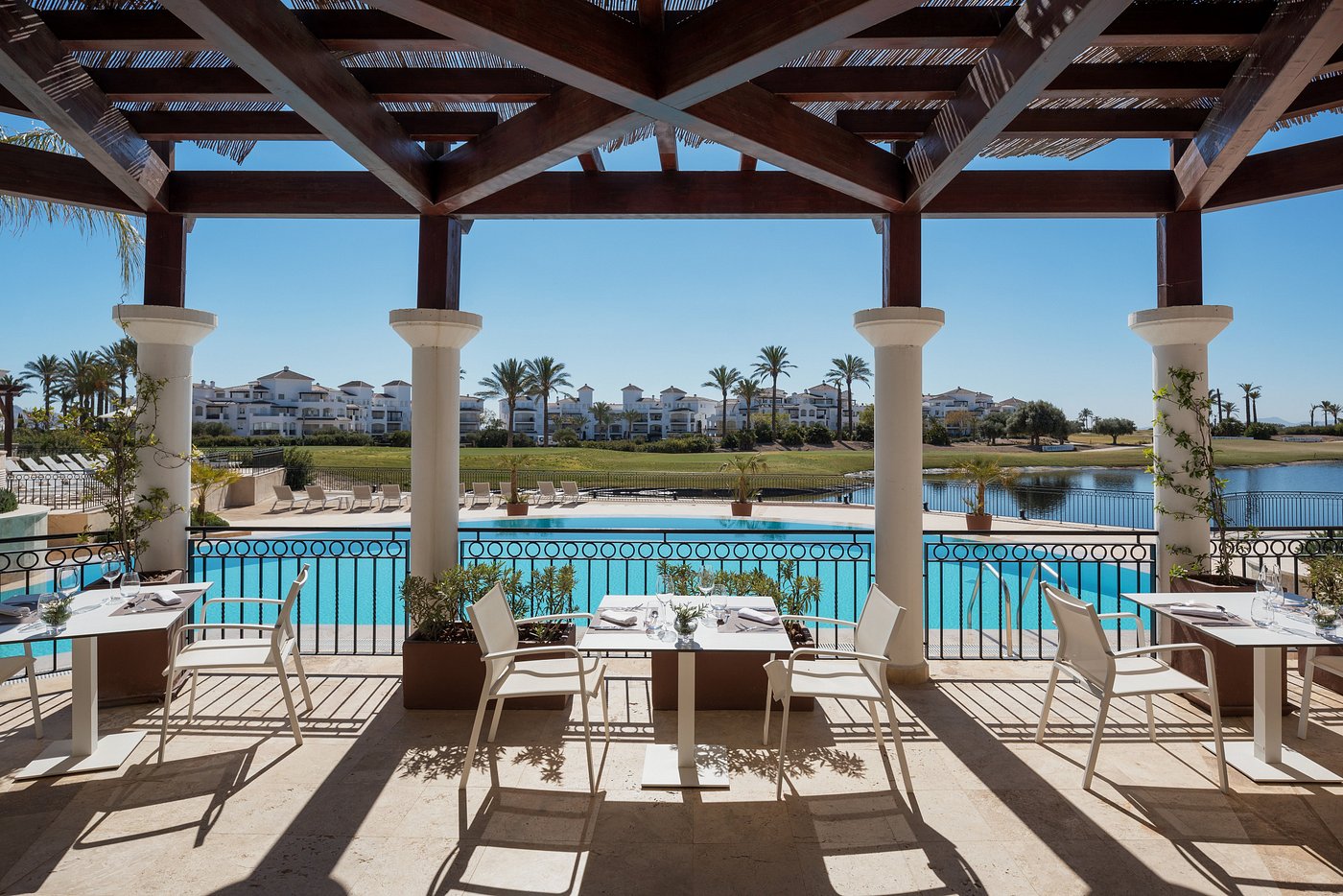 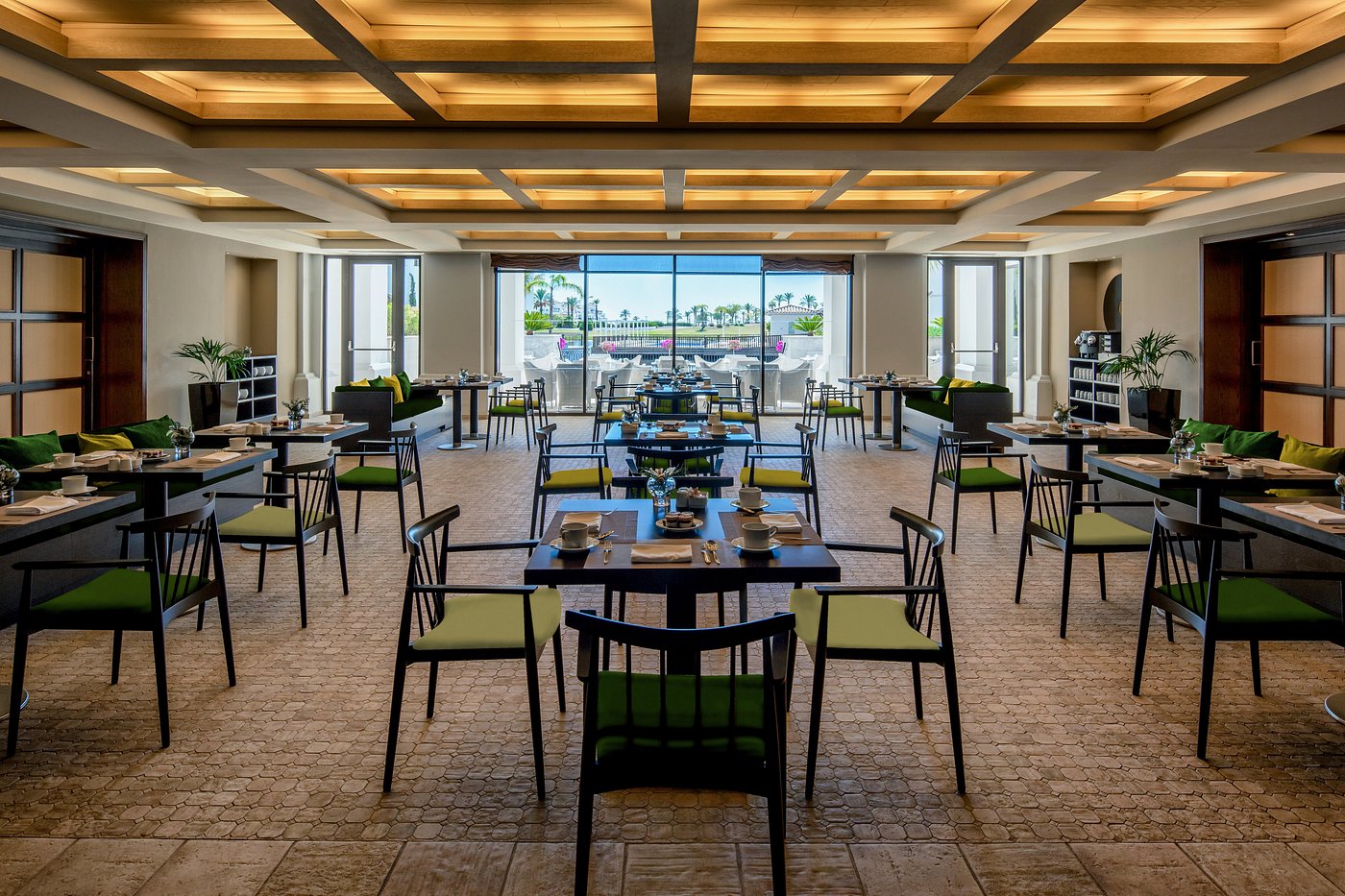 This impressive complex has 133 luxurious rooms with state-of-the-art technology, a balcony or a terrace. Some rooms come with spectacular views of the golf course and spacious bathrooms in which you will find even the smallest detail in order to make your stay unforgettable.

The hotel’s Spa is an oasis of tranquillity and wellness, divided into different areas: a relaxing thermal circuit with a heated pool, a sauna with dry heat, a steam bath and multiple sensation showers.

An idyllic place, it’s perfect to unwind and relax, and celebrate any type of event, such as playing golf, as it has an excellent 18-hole golf course designed by Nicklaus Design.

In addition, the wellness area has 5 rooms where you can enjoy facial and body treatments with natural ingredients. The fitness area has a gym equipped with modern equipment and is open 24 hours a day.

Previous articleAromas Llíber: Innovative Fusion Cuisine With Flavours From Around The World In The Jalon Valley
Next articleTorremolinos: The Costa del Sol Hot-Spot for Actresses, Film-Makers and Royalty