Restaurante Las Cuevas; The Fascinating History of This Splendid Cave Restaurant Dating Back to The 16th Century 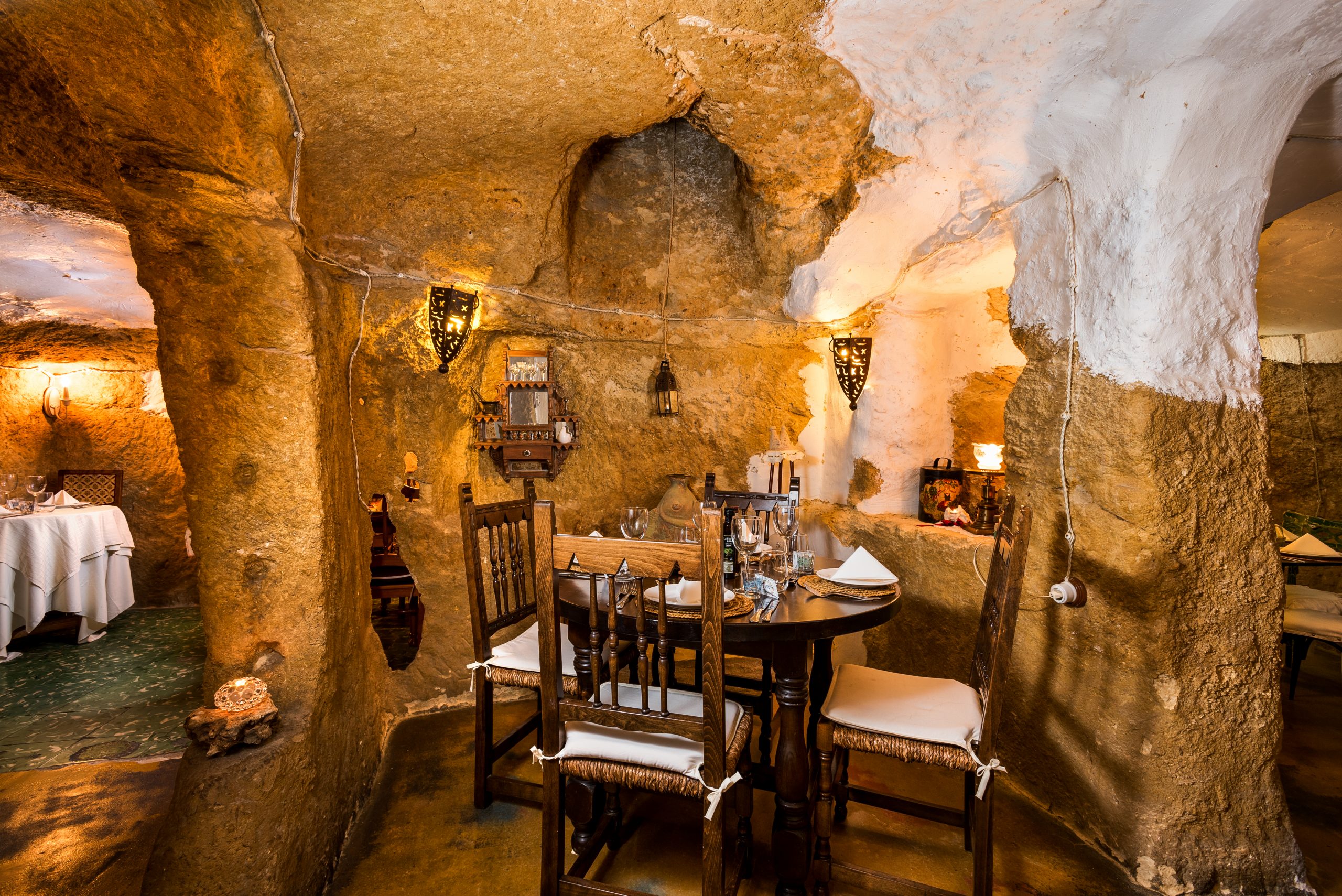 Legend has it that in the sixteenth century, people lived in these same caves where this dazzling restaurant is located due to a lack of material to build regular dwellings. And now, Robert Johansen who is in charge of it is on a quest to retain the essence of that era both in its rich food and in the charismatic ambiance that this restaurant radiates. Only six of these caves remain today and Las Cuevas Restaurante is recreating that family atmosphere for all to enjoy.

But, before we get into gastronomy and the advantageous location, let’s speak about Robert Johansen’s philosophy and background. 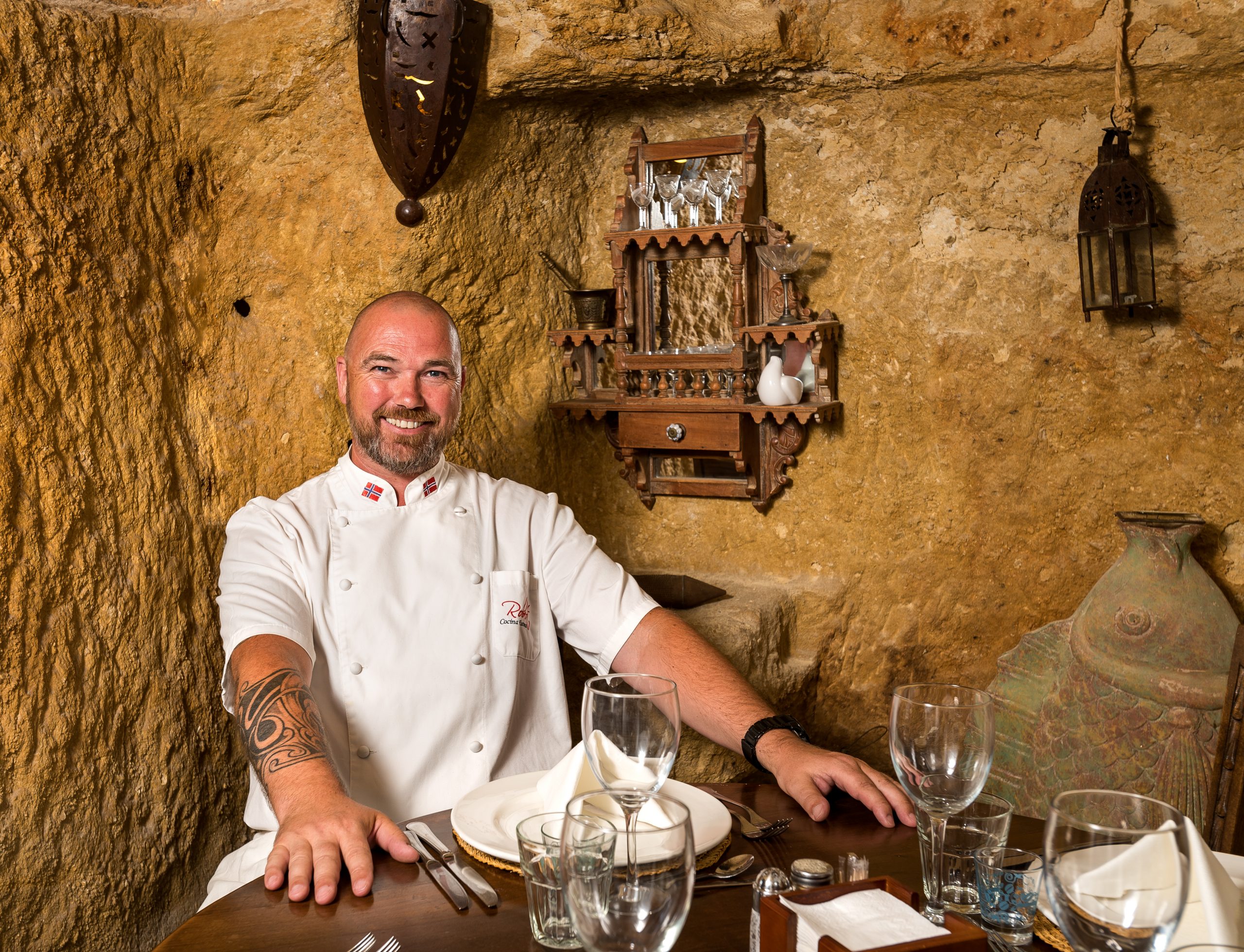 Robert Johansen is a Norwegian cooking aficionado who began his culinary studies more than thirty years ago and has continued to train ever since. Internships in renowned Michelin-starred restaurants such as Annen Estage in Oslo, as well as experience as head chef at a number of restaurants in the same city, have contributed to his current success.

He chose to relocate to Spain in the year 2000 to do a project in Los Dolses, Villamartin, and also drawn by the country’s allure as well as of its Mediterranean cuisine. And it is during this period that he establishes and operates multiple eateries on the Costa Blanca. Since then, he bought, turned around, and sold a number of restaurants as well as took over Las Cuevas in 2016.

From then he has with forward-thinking turned this enchanting restaurant into a special place for people to enjoy delectable cuisine in unique surroundings.

Robert’s culinary technique is based on the French kitchen, with influences from both Spanish and Scandinavian cuisines. He uses Mediterranean vegetables and imports from Europe to make recipes based on the French kitchen. He has hundreds of admirers that seek his meals because of his distinct approach over the years (Scandinavians, Belgians, Dutch, French, and Spanish, English). 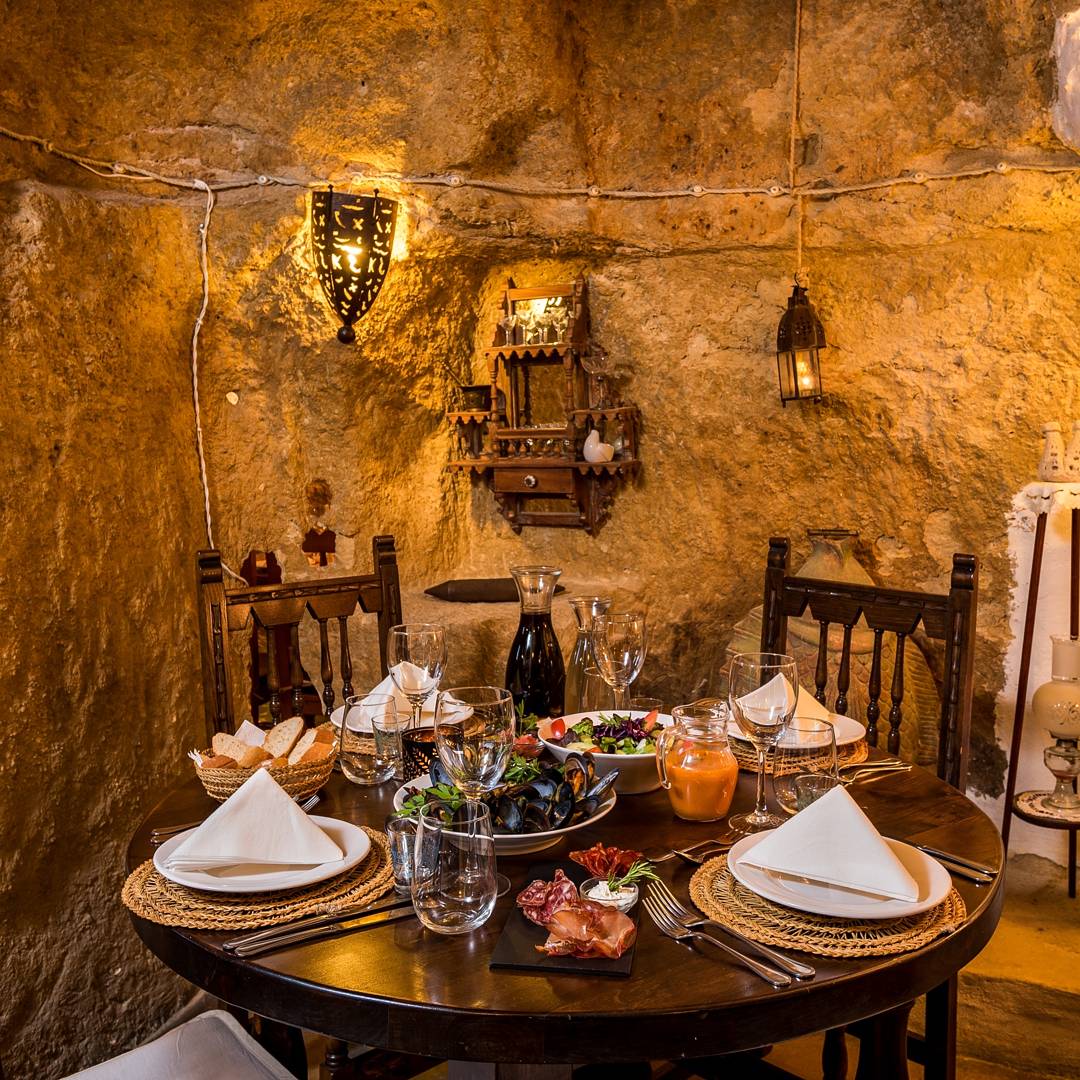 Las Cuevas is a restaurant like no other. Its structure is an attraction in and of itself, located in San Miguel de Salinas near the Spanish city of Torrevieja in an old subterranean cave residence dating back to the 1500s.

As soon as you step inside, you realize that the ambiance inside is incredibly natural and inviting. Its friendly and helpful staff is devoted to offering a traditional cuisine consisting of authentic and tasty dishes in the same spirit as it has been done since the past. 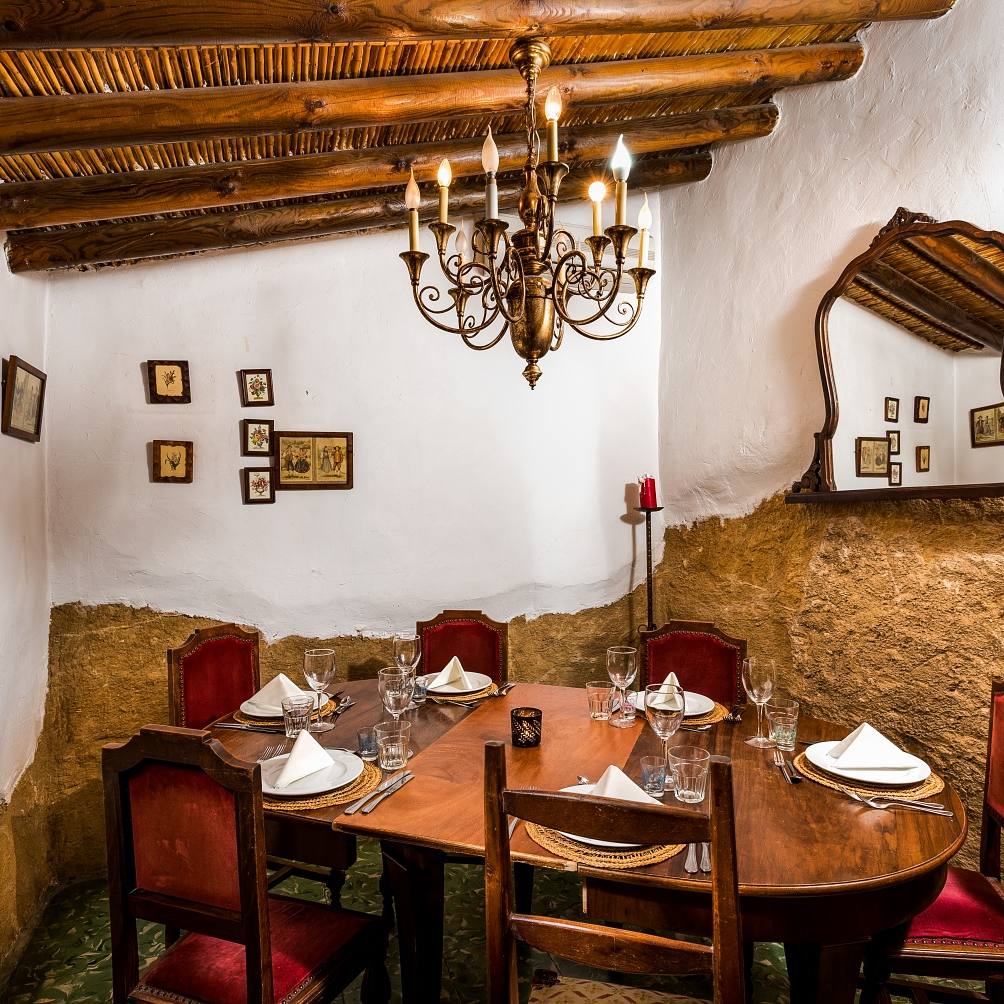 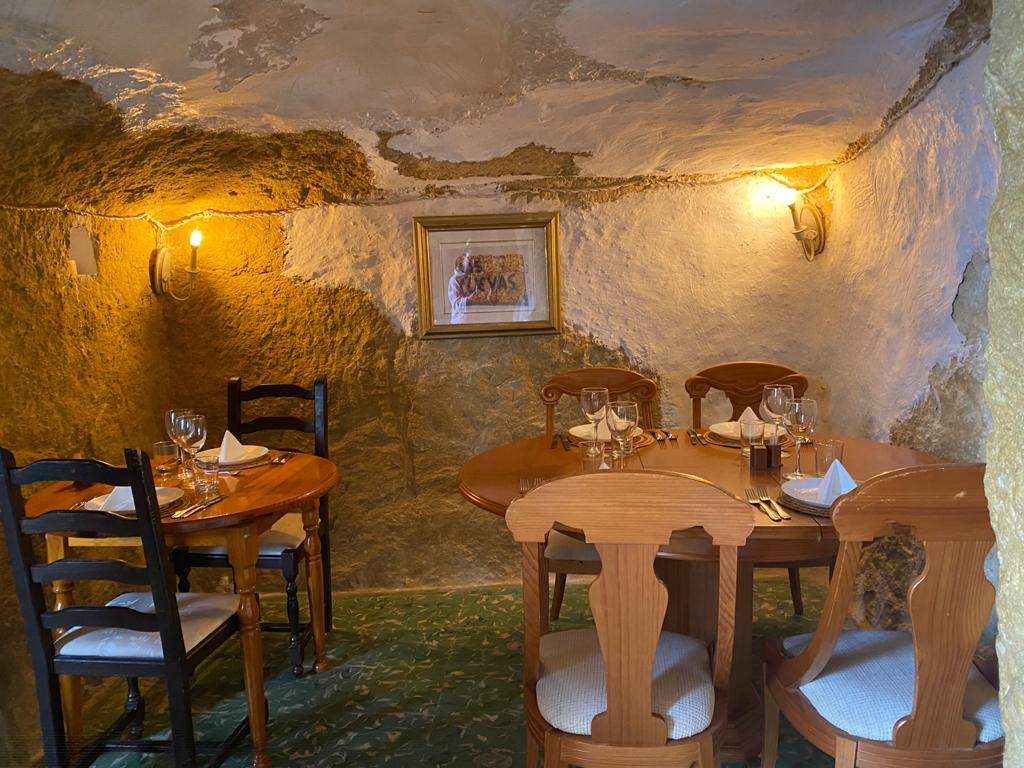 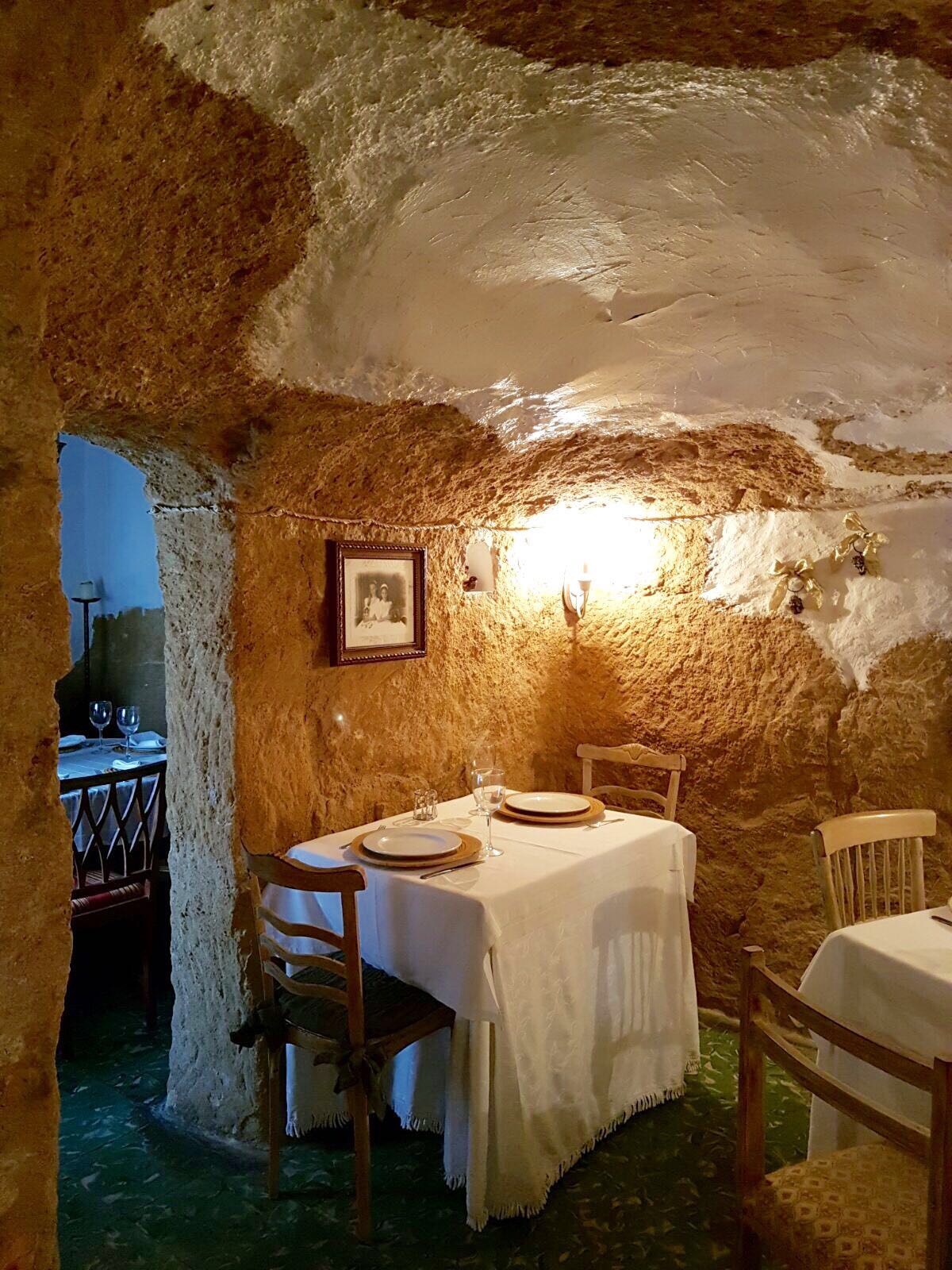 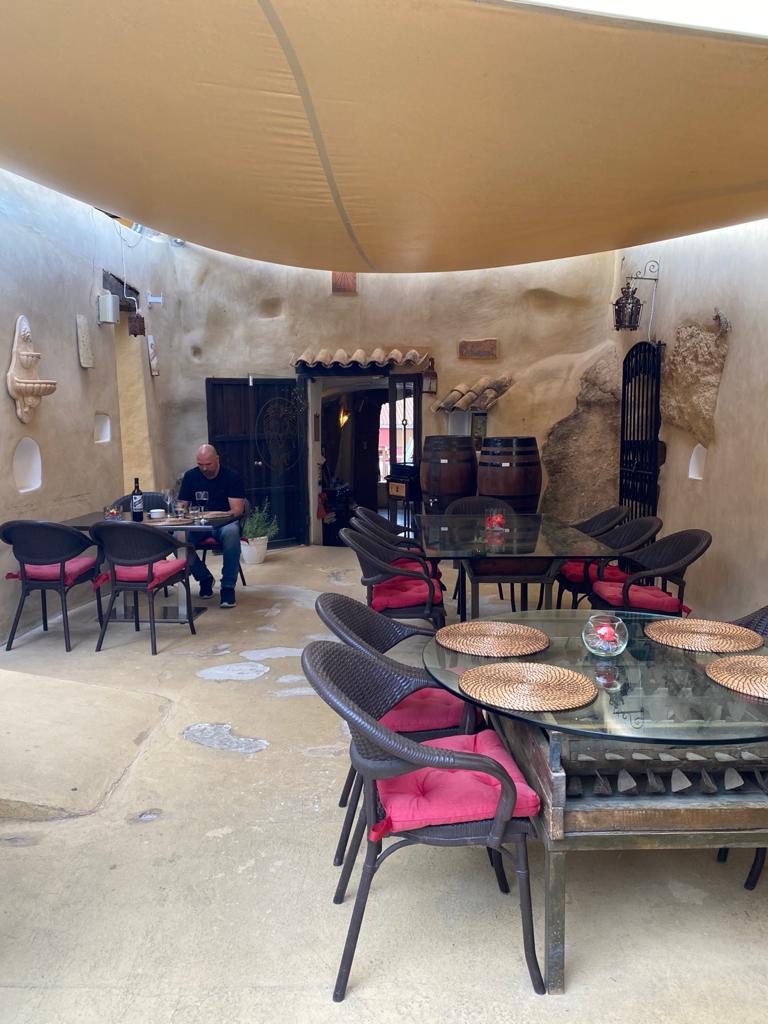 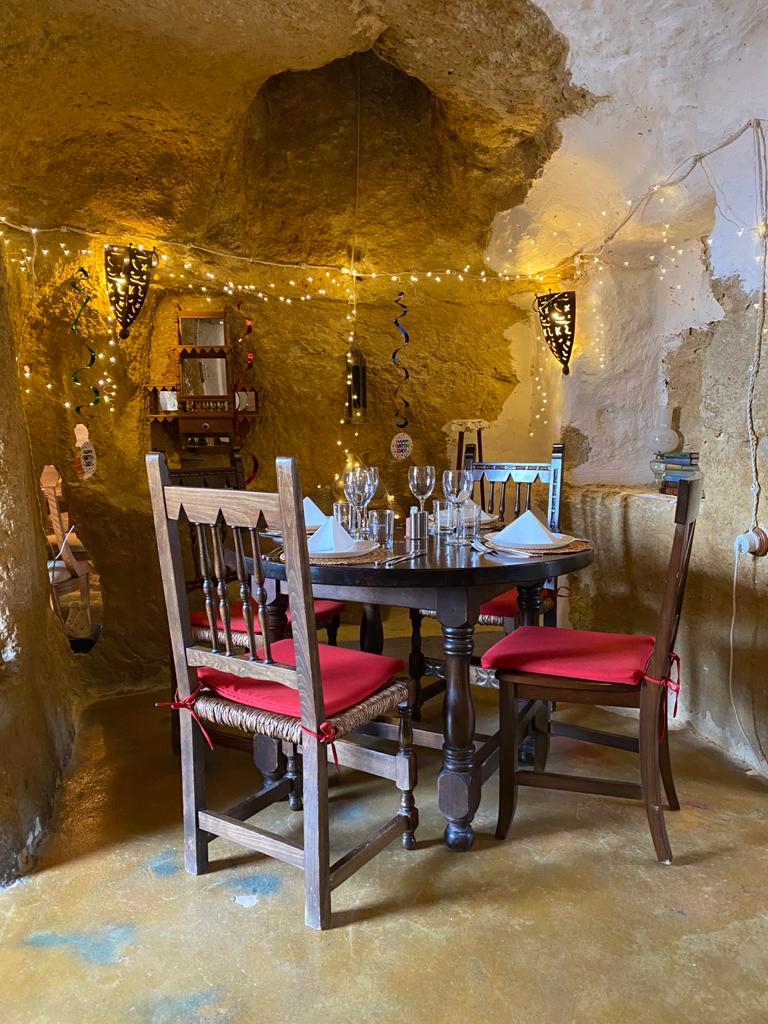 They also do the same thing now that they did back then, when they gathered around the big tables in these fascinating settings with their families and friends, sharing the wonderful meal and telling each other about the happenings of the day. The entirety of the narrative of both the Restaurant Caves and the Tapas Caves may be found on their menu at the restaurant.

Its cuisine as described above is traditional but plays on textures, colours and flavours using modern techniques.

Some of their most exquisite dishes are shown below. They can be found daily on their menu which follows the four seasons but also changes twice in each season. 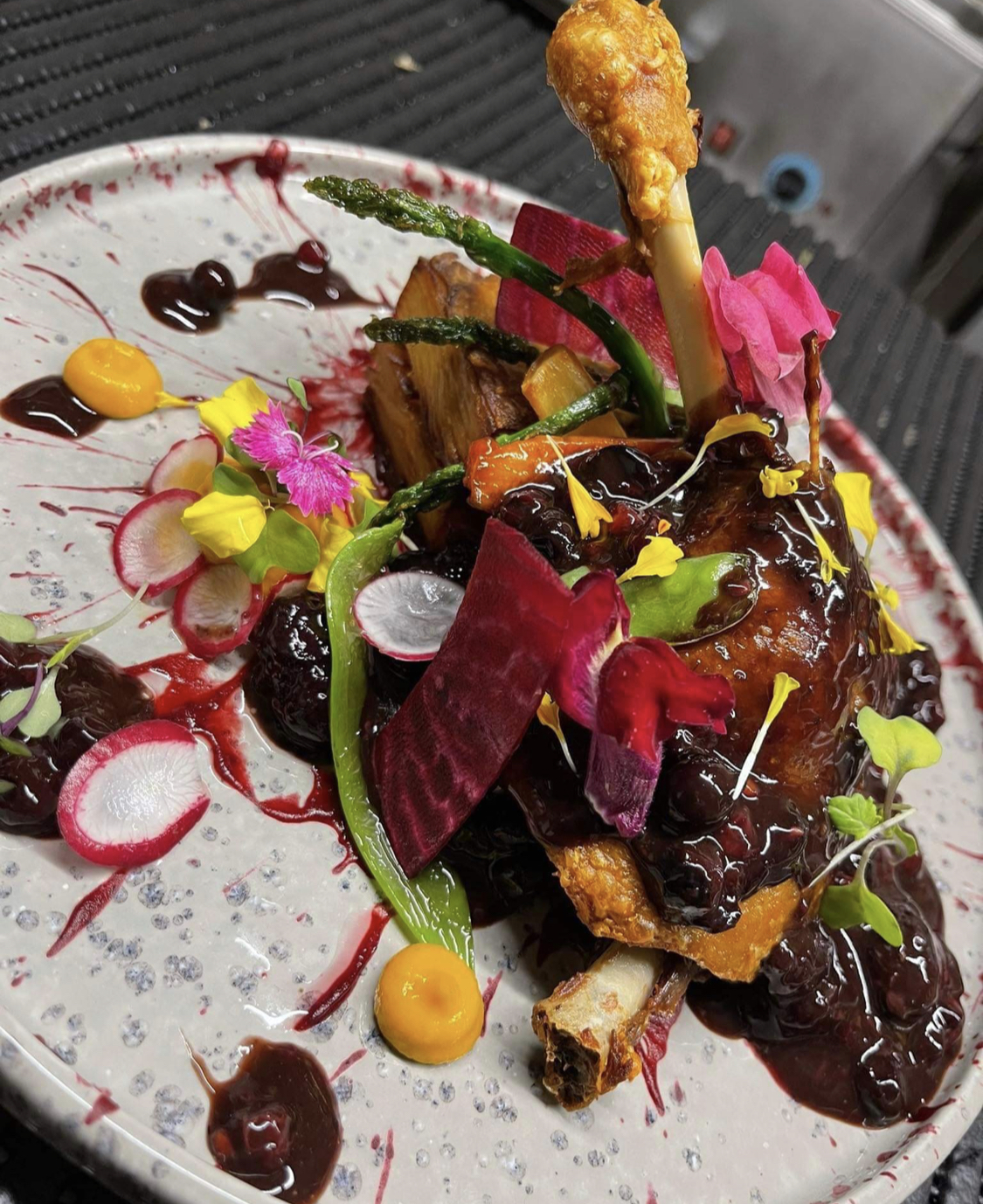 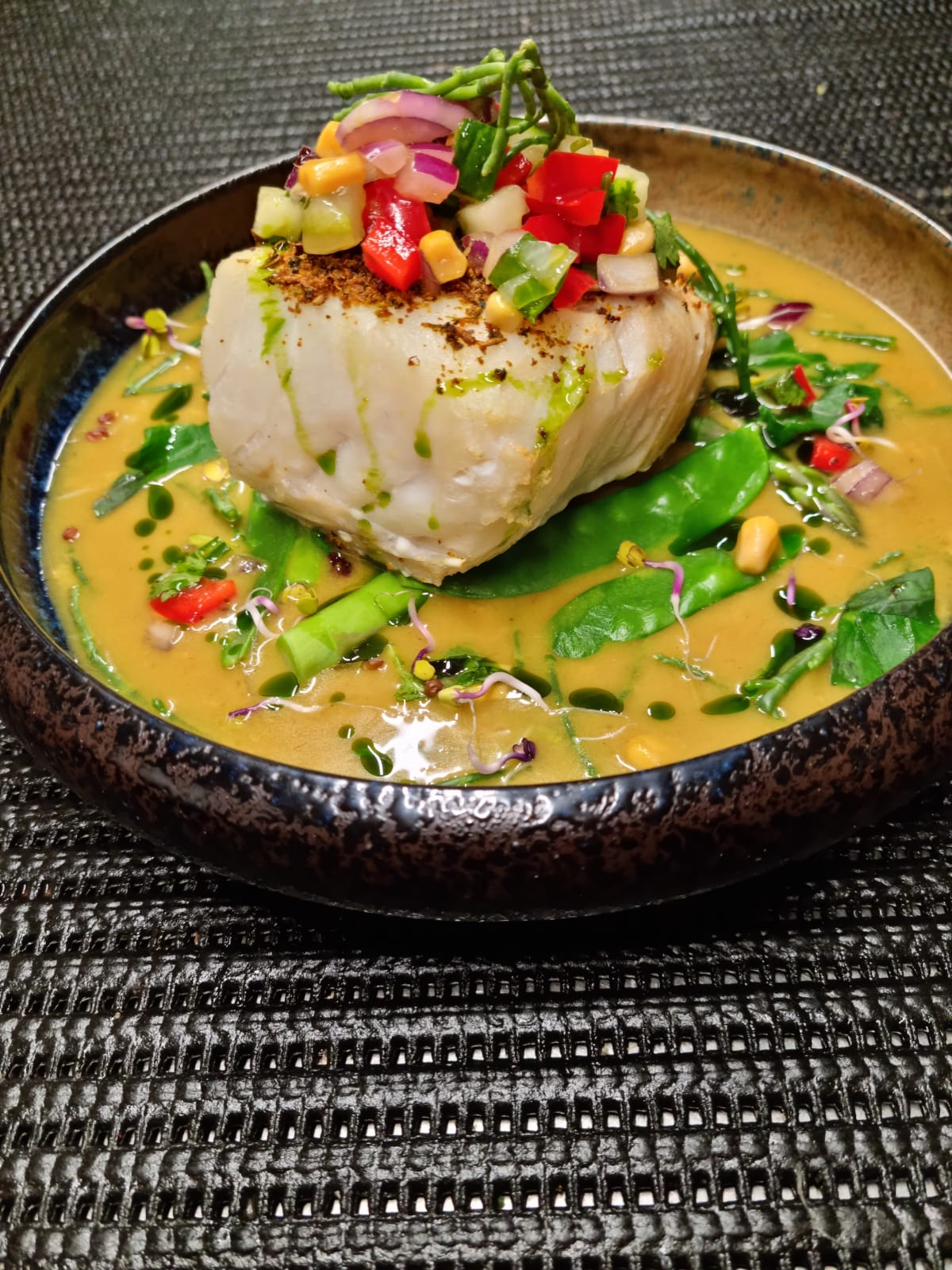 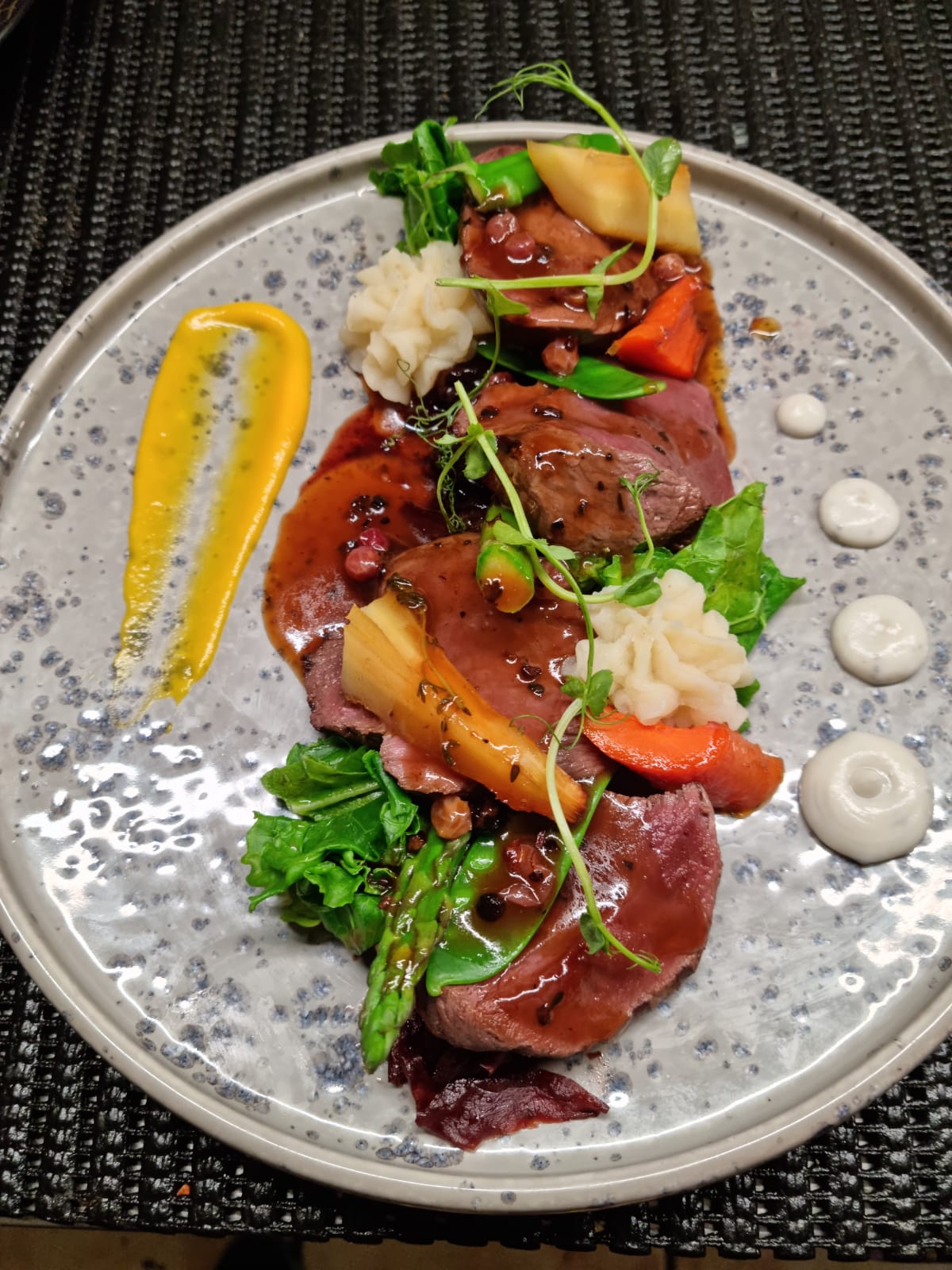 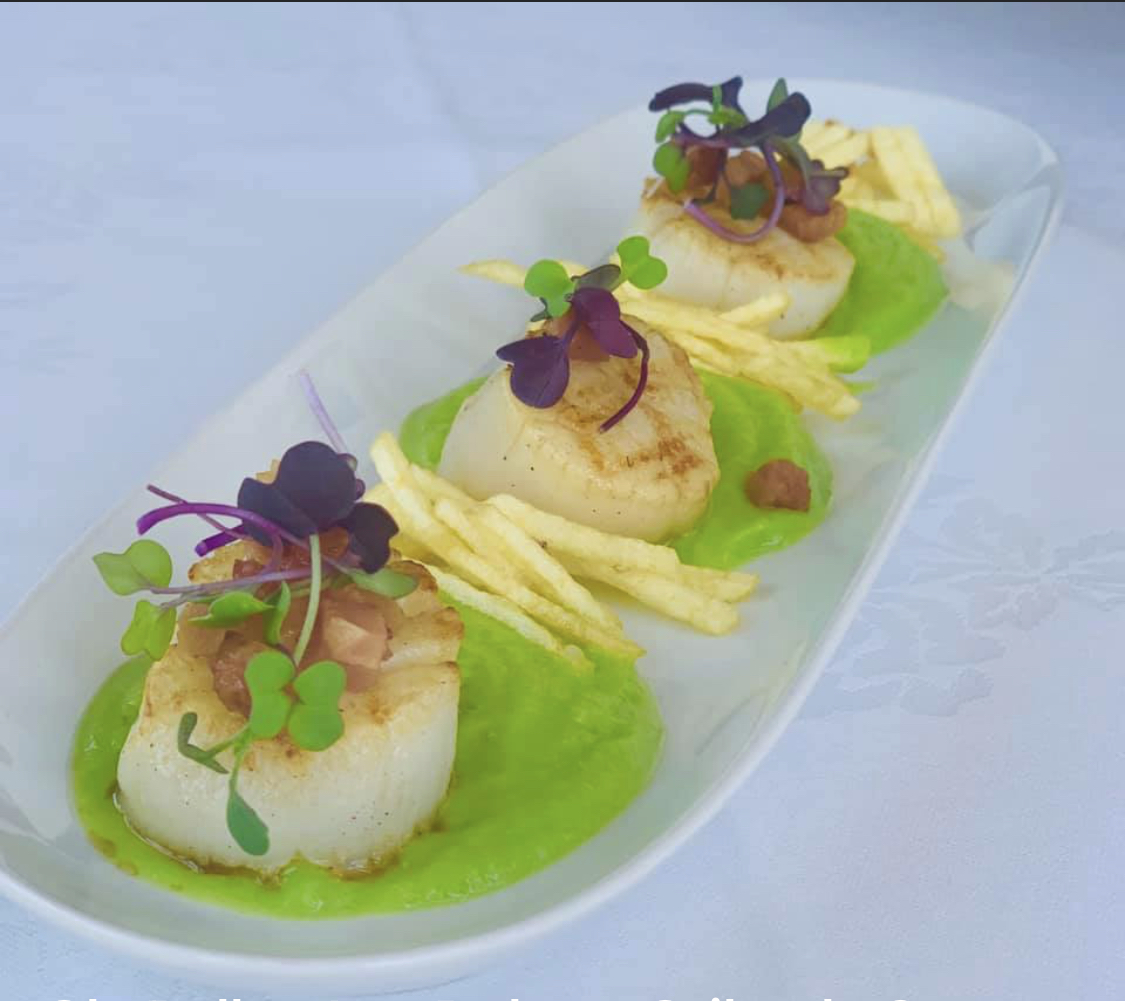 Together with the menus they offer a small but varied wine selection from France, Italy, Germany and Spain with his sommelier David Fanalou.

If you wish to indulge in a fantastic scenario while enjoying great cuisine made from local and fresh ingredients then Las Cuevas restaurant is unquestionably a must-visit. The culinary experience and fabulous food in this incredible environment will transport you into a never-to-be-forgotten fairytale story and come and meet Robert he is a true gentleman who prides himself in making sure his diners love the experience at all times.