Granada tourist guide: beach, mountain and architecture in one day

This week we travel to Granada, at the south of the Iberian Peninsula. This beautiful Andalusian province hides much more than its spectacular Alhambra. It is an area of ​​deep contrasts. Its residents coexist with Nasrid elements of the past that today are their present. The ocher, red and green tones surround the capital, which comes alive with its spicy gastronomy. In addition, it is one of the few Spanish provinces where you can see the sunrise on the beach, spend the morning skiing and make unforgettable cultural visits in the afternoon. So you should come with your energies fully charged.

Of course, you can not leave Granada without visiting the Alhambra and lose yourself in its corridors and its lustrous gardens. But the city of Granada is also famous for its traditional Andalusian cuisine, as well as for its historic neighbourhood, the melting pot of its cultures and its Arab baths. Get carried away by its streets while you contemplate its white buildings and enjoy the pleasant aromas of the city. Furthermore, the mild temperatures of Andalusia make Granada the right place to visit comfortably throughout the year. Pack your bags and prepare your trip with the continuation of our tourist guide. 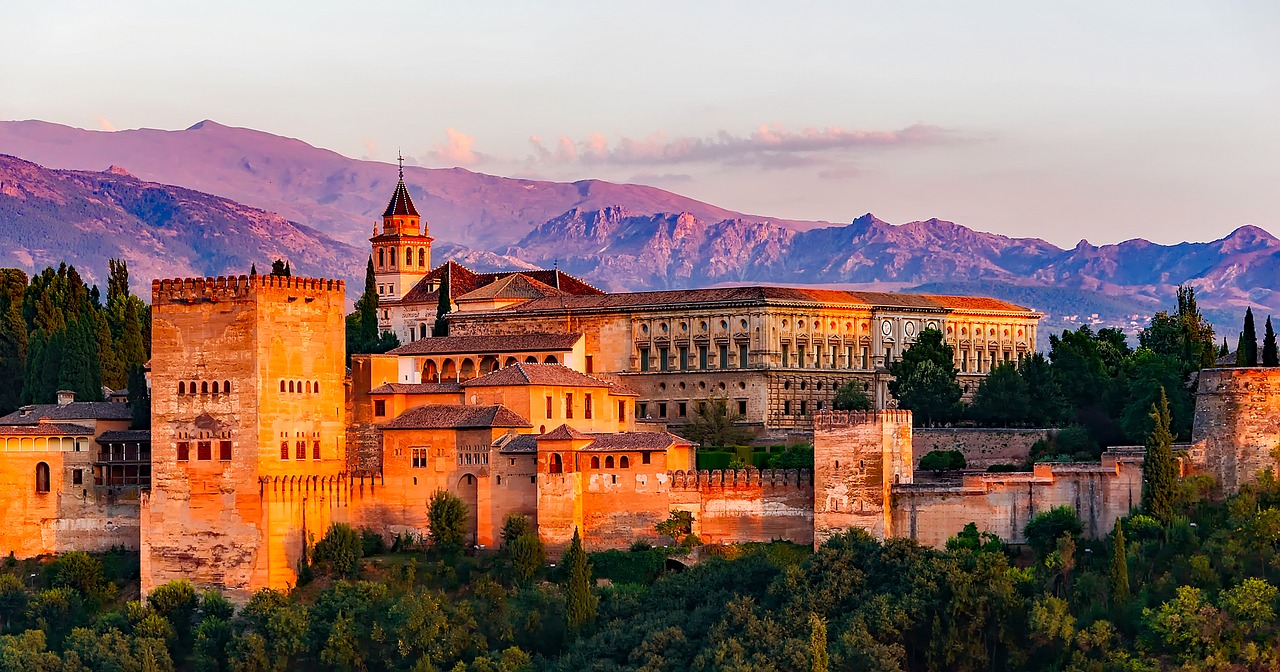 It is almost unforgivable to go to Granada without visiting the Alhambra and the Generalife palace. These historic buildings invite us to travel to the past, delighting in their Nasrid art. Our ancestors turned all their culture, their expertise and their passion into the creation of these impressive buildings. It is a monument recognized as a UNESCO World Heritage Site. Only 8,000 people a day can visit it, so it is essential to book tickets in advance, especially if you plan to travel in summer. You will discover the corners of this palace complex in a solo visit or in a guided visit, both of about three hours. In addition to the Nasrid palaces, the gardens and the Generalife, you will also contemplate the wonderful Alcazaba, several museums and the Renaissance palace of Charles V, which remained unfinished. 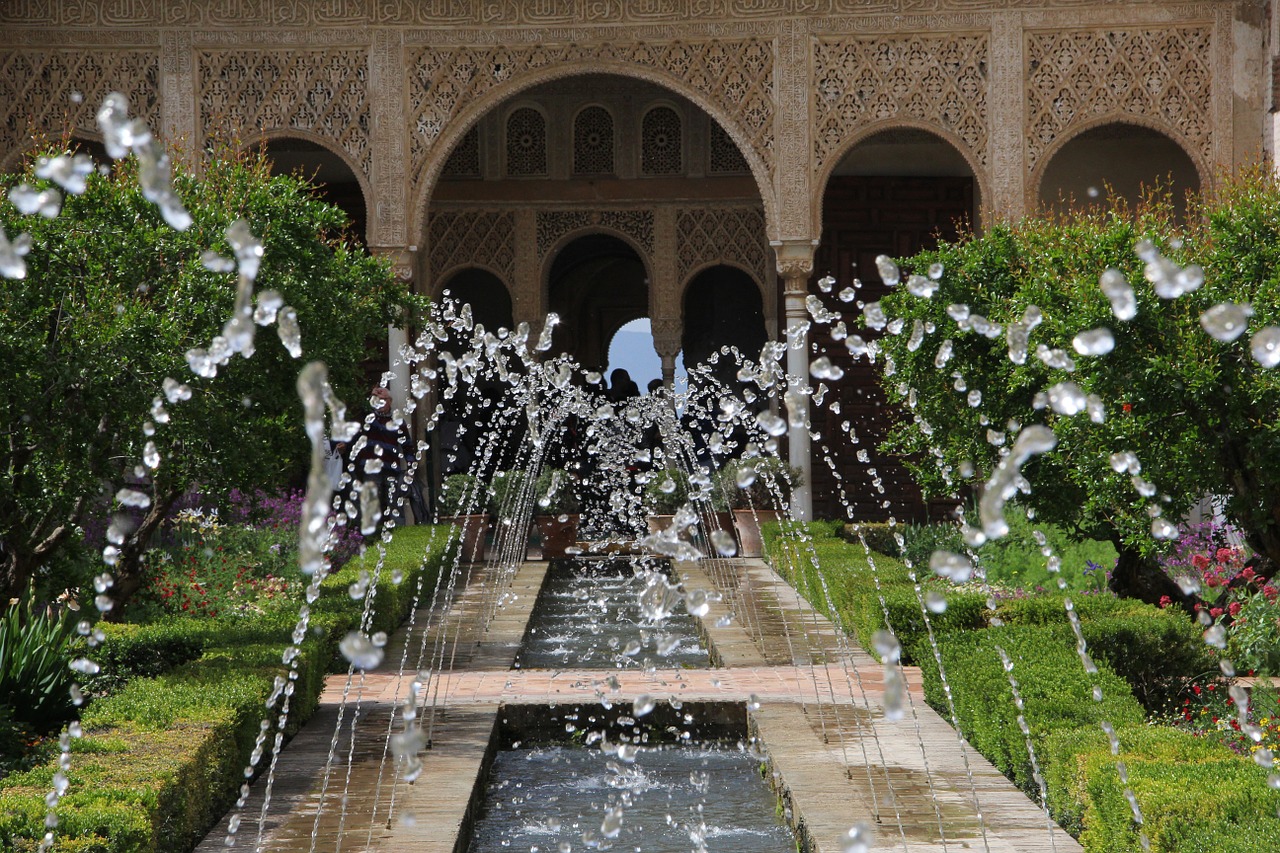 But in besides the Alhambra, it is worth visiting the Arab distric of Albaicín, the cathedral and the Sacromonte area. Sacromonte stands out for its cave houses, its “zambras” —night flamenco “tablaos”— and amazing sunset views of the Alhambra. In Alcaicín the Mediterranean and Moorish cultures come together, creating an intricate network of narrow and steep streets with white houses and tea shops. Also, the cathedral of Granada was built by the Catholic Kings and there they rest. It is considered the first Renaissance temple in Spain. In the monastery of the Cartuja you will find one of the most representative buildings of the Andalusian baroque, and if you are a fan of Federico García Loca, you can visit his house-museum of the Huerta de San Vicente.

If you like skiing, near the city of Granada, in Sierra Nevada, you will find several tracks where you can practice this winter sport. Also, a few kilometers from the city there are some beautiful white sand beaches where you can surf. And if you travel in summer, do not forget to take the swimsuit in your suitcase. If you prefer to keep relaxing, you can choose one of the many Turkish tearooms or hammams (Arab baths) in the city, where a warm and pleasant atmosphere prevails and you can even pamper yourself with an exquisite massage. 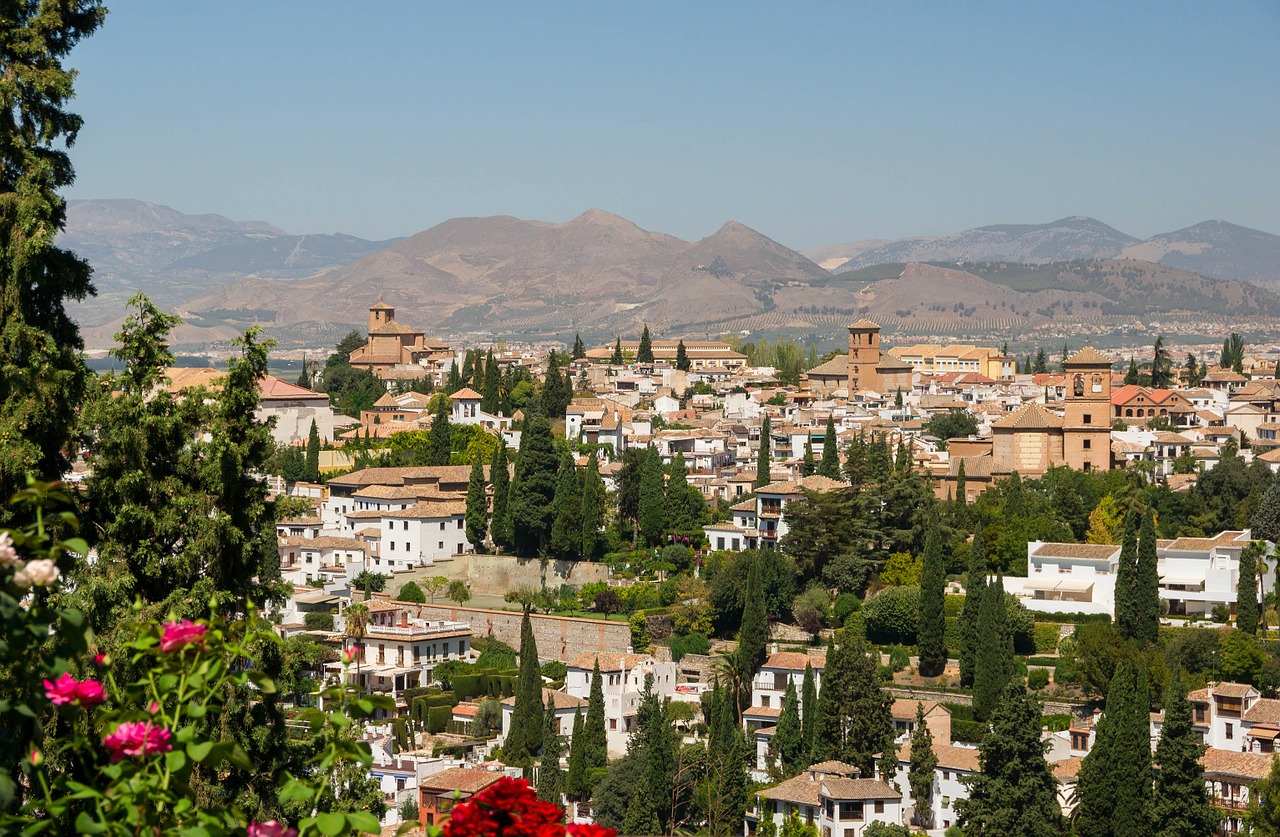 As Granada is a place especially tourist, there are many companies that are dedicated to offering tours around the city. If you want to know this locality in depth, a full tour of Granada is the best option. Also, if you prefer to visit the city on your own terms, perhaps you should consider buying a Granada Card. With it you can access to the main monuments of Granada, to some night visits and to the public transport service. It is a very economical option if you are going to dedicate yourself to cultural tourism.

In Granada there are many hotels, tourist apartments, pensions, hostels and campsites where you can stay. You will find them of all types and categories. The most expensive are —obviously— in the historical center and next to the cathedral. In addition, there are also several hotels with a particular charm, being located in ancient palaces of the sixteenth century with a beautiful Moorish style. 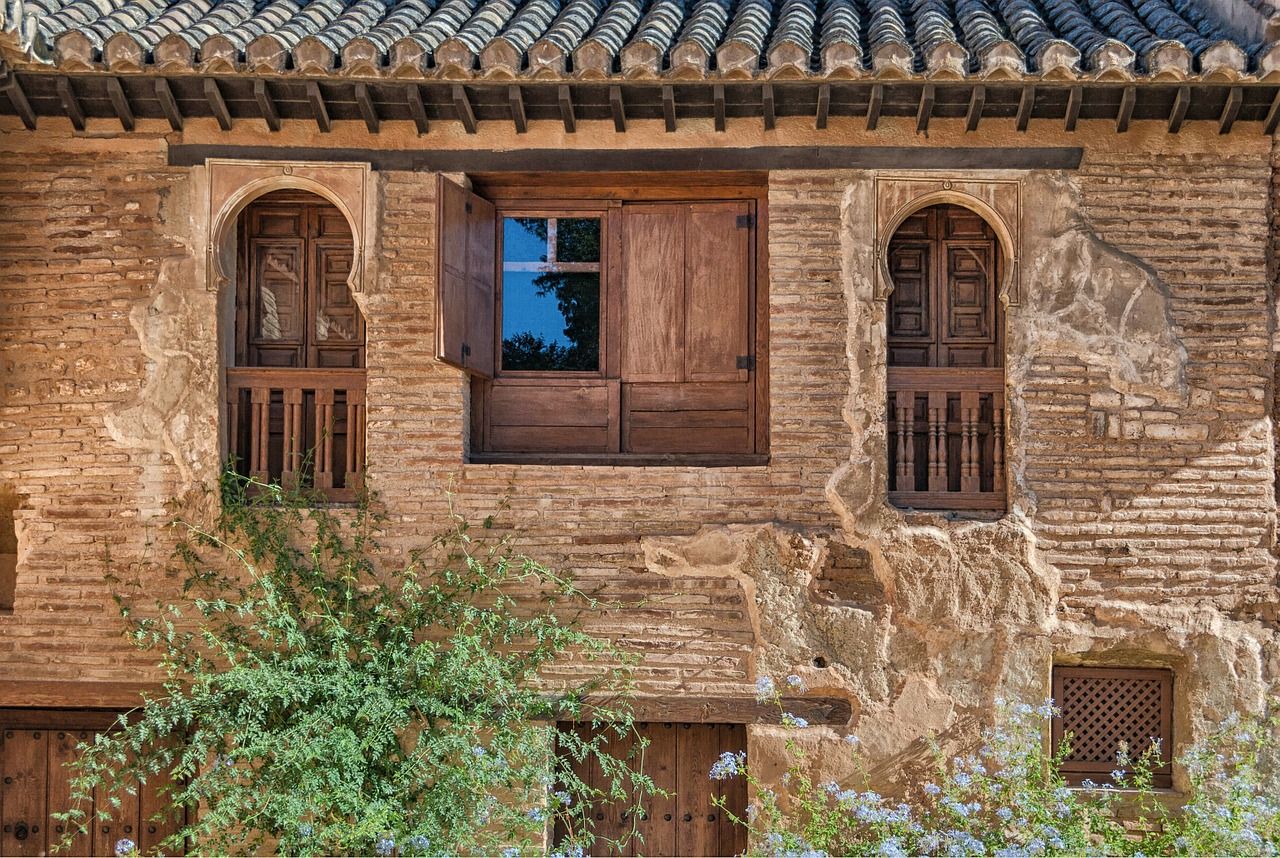 How to get there

The Federico García Lorca Granada-Jaén Airport is one of the most comfortable options, since it is only 15 kilometers away from the city. It also has connections by train and bus to all parts of the peninsula and to major European destinations. If you prefer the boat, the port of Motril is located about 70 kilometers from the center of the city. Finally, if you travel by car, Granada communicates directly with Madrid, Seville, Malaga, the Costa Tropical and Levante through different dual carriageways. 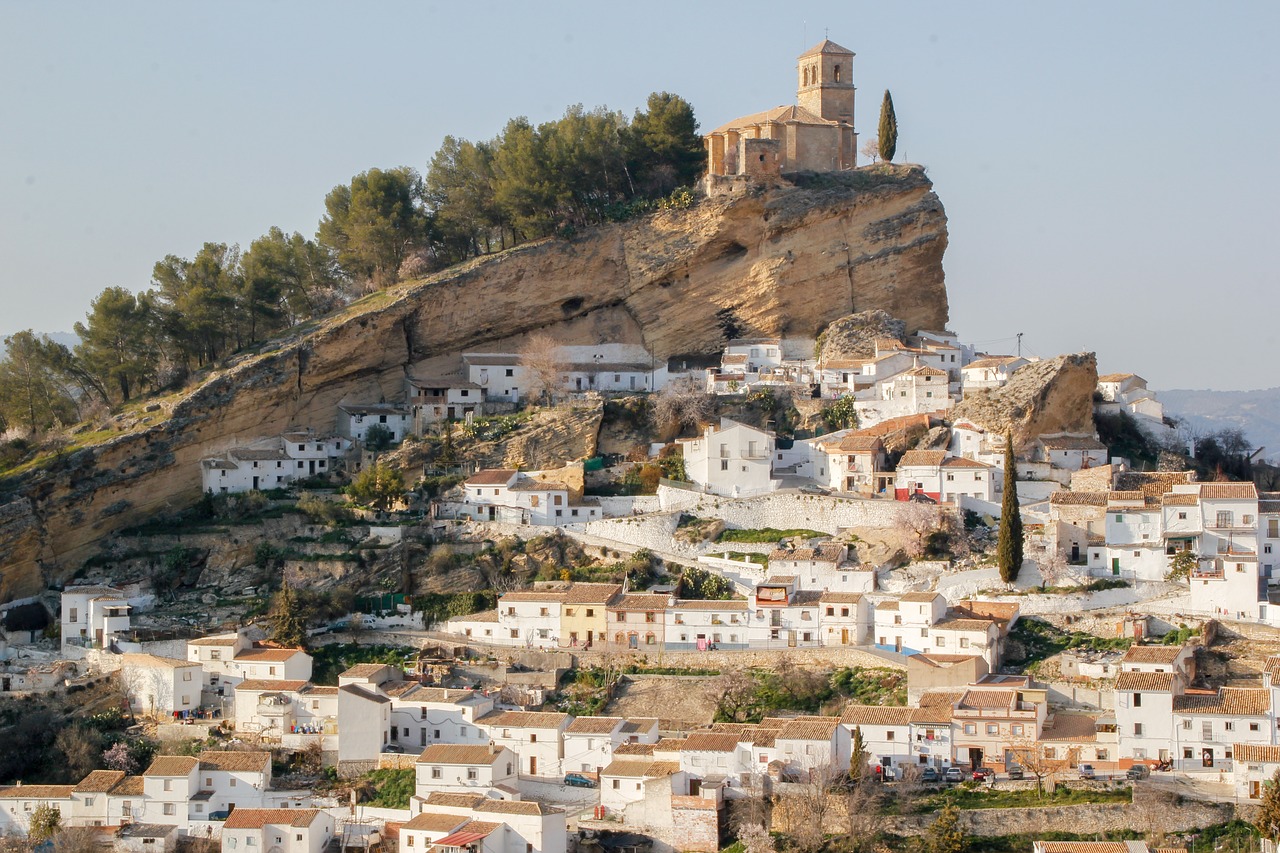 The gastronomy of Granada is an authentic wonder. If you travel in March you can not miss their annual Tapas Contest to delight you with small culinary delights. The regional food specializes in very flavorful dishes made with fresh ingredients. You can taste it in the Alacena de las Monjas (5 Father Suárez Square), a tapas bar that stands out for the dining room in its basement, an old cistern with vaulted ceilings. Also to go for tapas is suitable La Taberna de Jam, which is characterized by its Iberian products, such as Serrano ham and spicy chorizo ​​(1 Campos Square). More refined is the restaurant La Fábula, located inside the Villa Oniria hotel (28 San Antón Street). Ismael Delgado, disciple of Santi Santamaría, is in front of its kitchen. It specializes in fish and seafood, highlighting their “espardeñas” with vegetable tripe. 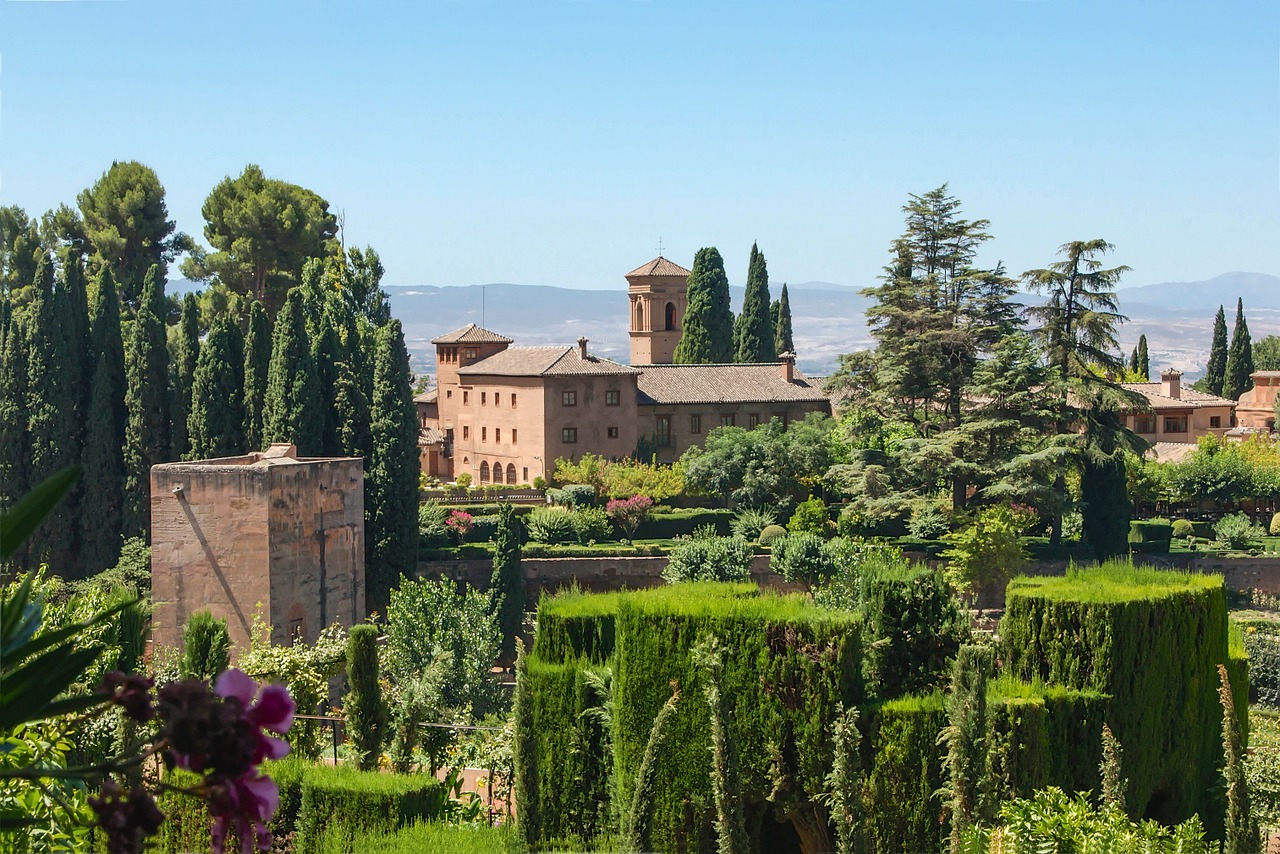 On the other hand, from the Arriaga restaurant you can contemplate spectacular panoramic views while you enjoy its modernized traditional cuisine, as it is located on the top floor of the Cultural Center Memory of Andalusia (2 Science Avenue). Inside another hotel, the AC Palacio de Santa Paula (31 Gran Vía de Colón Street), is El Claustro, the bet of chef Juan Andrés Morilla. Its dishes are satiating, focusing on the typical cuisine of Granada, such as the ravioli of “pajuna” cow tail of Sierra Nevada with stew of its hands and froth of fried eggs. More luxurious and refined dishes are cooked in the Ruta del Veleta restaurant (136 Sierra Nevada Road). Its chefs, Pepe and Miguel Pedraza, bet on a more modern menu and a traditional decoration, highlighting among other dishes its caramelised mango with wild smoked salmon.

Previous articleSoqueta Restaurant, almost 40 years of Mediterranean tradition
Next articleThis week the sun goes down in Spain, but not for long