We were very curious to discover who is behind the only Italian Michelin Star restaurant in Spain. Continue reading to find out the extraordinary journey of Ferdinando Bernardi from his early days managing his family restaurant to the award-winning Orobianco Ristorante in Calpe.

He was born in Rimini (Emilia-Romagna, Italy) and he grew up in the kitchen of his father’s restaurant, Tramontana. With only 13 years he was already responsible for the pizzeria.

A professional career that took him around the world.

His professional career, beyond the family business, began in Rimini, at the Embassy restaurant, with Chefs Emanuele Barberini and Fabio Rossi, and later, at the Executive Hotel of Cesenatico.

Later, he lived a year in Thailand, where he worked as a nutritional educator at the Lamsai Pathumthani School.

In his eagerness to discover new cultures, techniques and gastronomic aspects of the rest of the world.

During these years, Bernardi has collaborated in international projects: in London, at Julie ́s Restaurant; with the Napolitan Chef Agostino Esposito; in Lyon, with Chef Davy Tissot at the School of Management, Restoration and Culinary Art of the Paul Bocuse Institute; as a consultant for the Pane Caldo Restaurant in Chicago and Moonshadows (Malibu, L.A., California) and, recently, he has directed the opening of Oliver ́s Osteria (Laguna Beach, California).

An impressive curriculum that translates in the kitchen into bold and unusual dishes with influences from around the world.

The only Italian Michelin-starred restaurant in Spain

In 2015 he started his project in Spain as head chef: Orobianco, where he shows his idea of Italian haute cuisine on Spanish soil that, in November 2018, received his first Michelin star (2019) and this year he has renewed it by 2020, what turns Orobianco into the only Italian Michelin-starred restaurant in Spain.

With privileged views of the Mediterranean Sea and the Peñon de Ifach, perched on a hill and high in the town of Calpe (Alicante), on the Costa Blanca, Orobianco bases its proposal on contemporary Italian haute cuisine, with several tasting menus that are changing each season, with Italian character dishes but also made with raw materials from the Valencian Community. 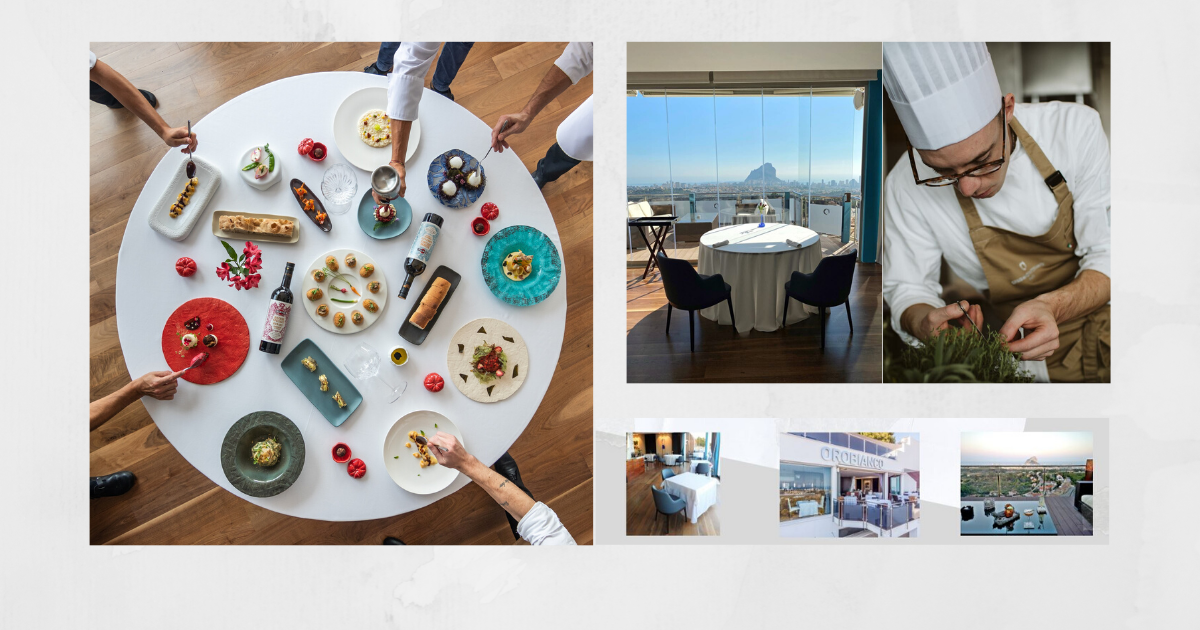 Orobianco team, with Inna Skriabina as manager, is led by chef Ferdinando Bernardi, who has Niccoló Zorloni, Matías Farfán, Christopher de Ascensão, Giacomo Boggio and Carlos Navarro in the kitchen. And in the dining room, by Heguer Castellanos, Maître and Sommelier, who leads a team with Carlos Cuenca, Omar Oviedo, Elena Sevri and Ayat Dusimbaev.

For its service, food and amazing views, this is the restaurant in Calpe we recommend if what you are after is a Michelin Starred gastronomic evening to remember.

For more information, please visit their website and find them on social media.

Previous articleNoray Restaurant has a new tapas promotion.
Next articleMountain Retreat Spain – The Height of the Pampering Experience in Finestrat!