Do You Know the Traditional Dishes of Catalonia?

The richness and variety of Catalan cuisine is one of the main attractions of Barcelona. If you are visiting the city soon and want to discover authentic local food, we offer you a list of the12 most typical dishes of Catalan gastronomy. 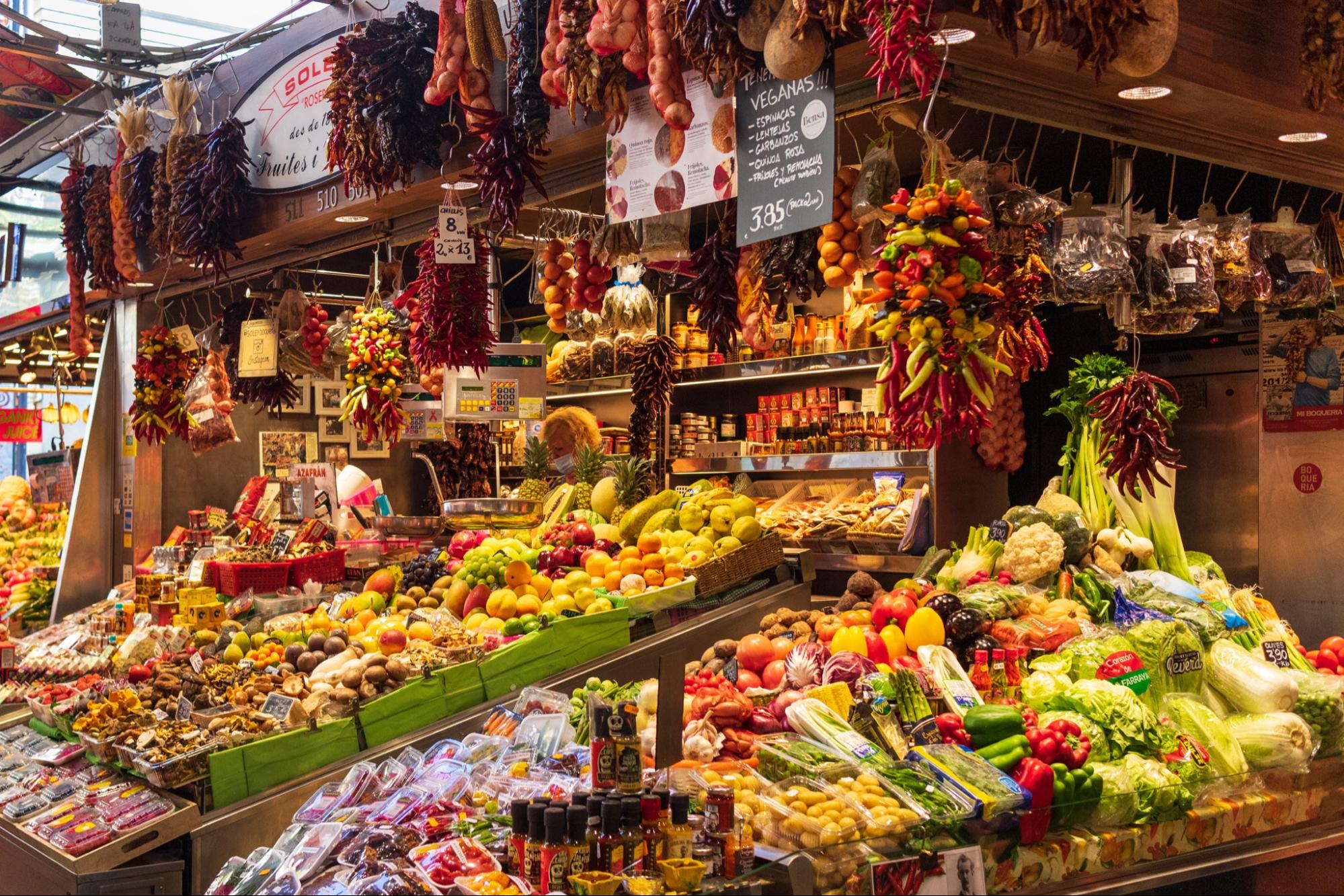 The coastal and mountain landscapes of Catalonia have had an everlasting impression on the culinary tradition that blends the Mediterranean basin and continental Spain and that is especially distinguished from other regions.

Tomatoes, garlic, almonds and bread are a must on the table. Nor can fish and seafood, fresh vegetables from the garden and sausages. We present to you the most scrumptious dishes of Catalan gastronomy that will make your mouth water.

We begin with the simplest and most traditional of all the Autonomous Communities. Pa amb tomàquet or bread with tomato is a simple pleasure that can be found in almost any part of the region, as well as in every house. It’s prepared by cutting slices of bread to which tomato is spread and a drizzle of olive oil and salt is added.

It can be eaten alone or accompanied by sausages such as ham or fuet, a Catalan sausage similar to salami with a particular flavour. You can also use coca bread or a French baguette. 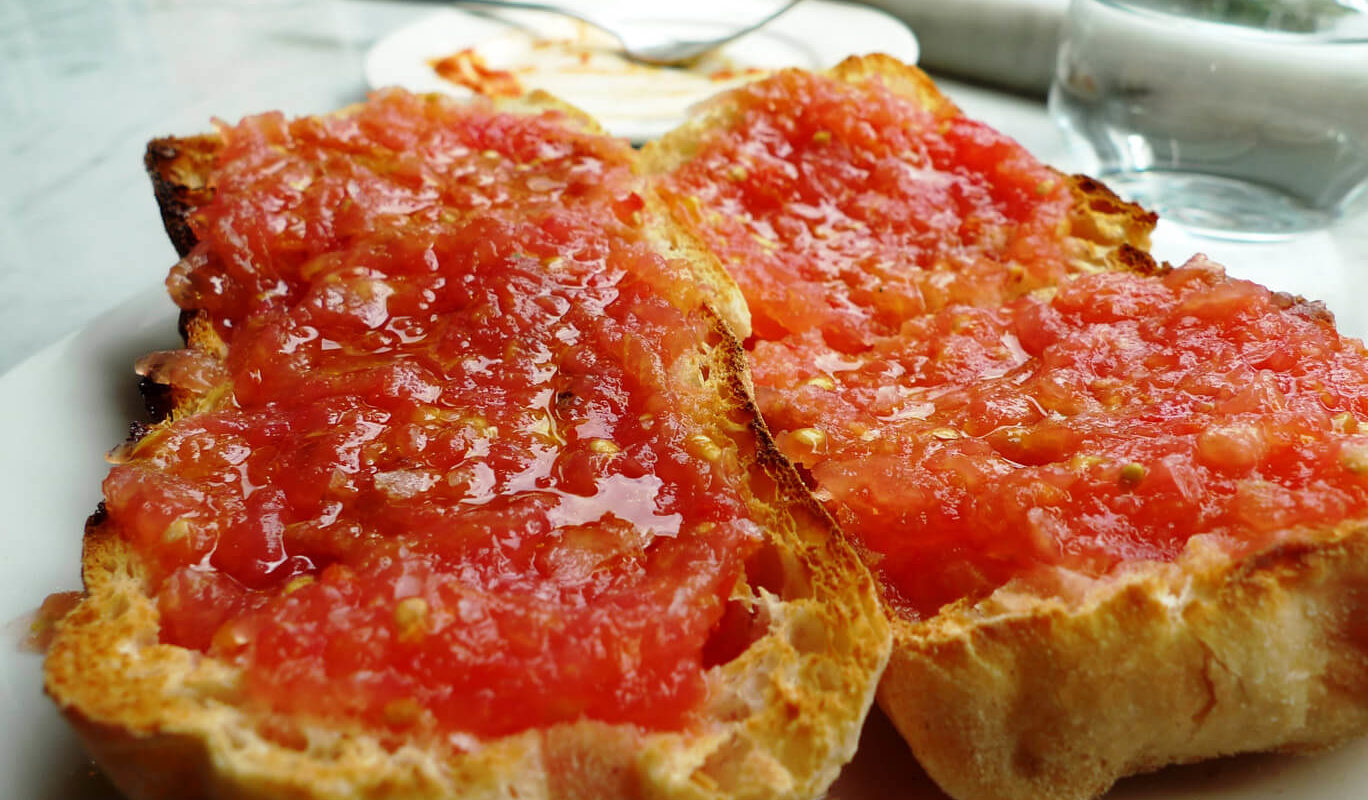 It’s one of the most consumed spoon dishes during the winter and it is the typical meal on Christmas day. It consists of a broth with meatballs made with minced meat, egg, garlic, parsley and breadcrumbs.

The broth is served with pasta as a first course. This is followed by a tray with the meats, including the ball, plus cabbage, potatoes, chickpeas and vegetables. 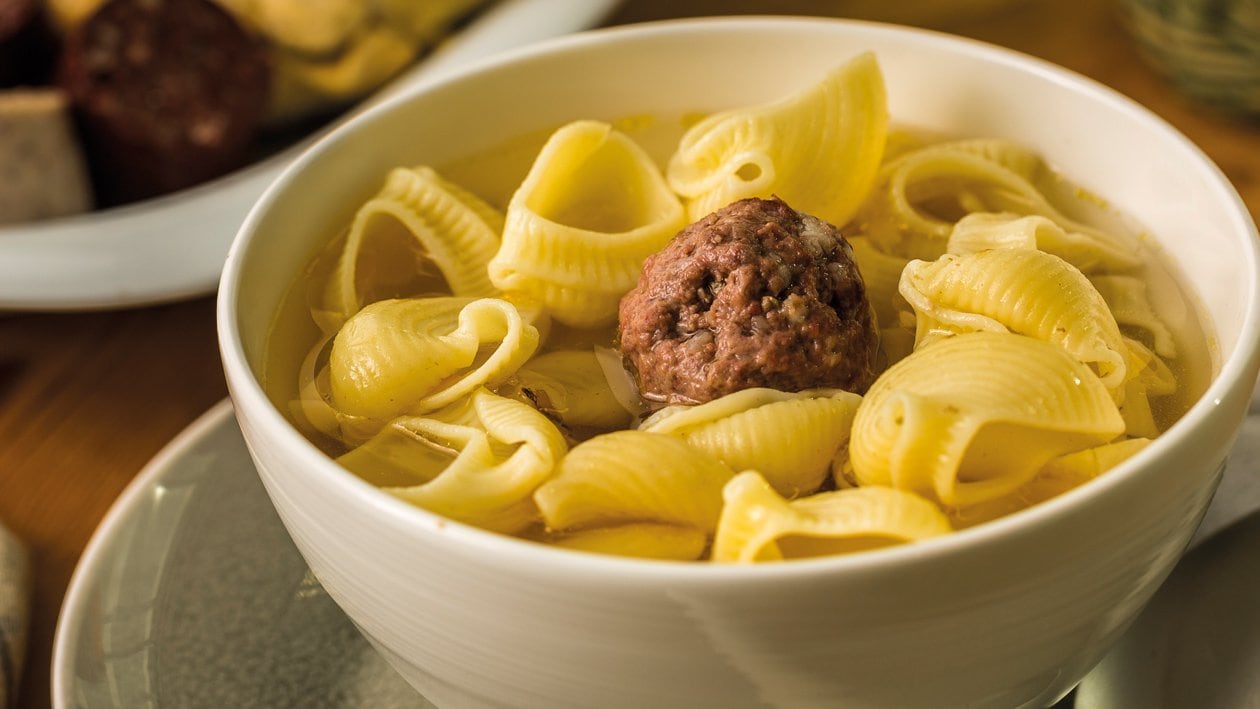 Esqueixada de bacallà is a very traditional dish served very fresh, especially for the warmer months, with fish as the main ingredient. This light starter is prepared with crumbled raw cod (“esqueixar” means “to tear” in Catalan), tomato, onion, roasted bell pepper, olives and a dressing based on olive oil, vinegar and salt. The recipe can be modified by adding white beans on top to obtain the empedrat, a cold salad ideal to enjoy in summer. 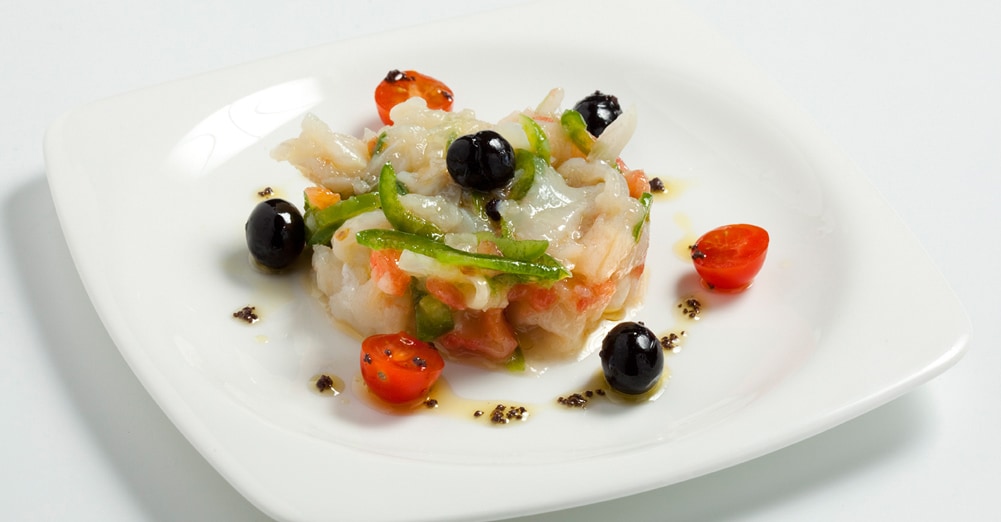 As we have already mentioned, sausages are a fundamental part of Catalan cuisine. So much so that many of its products are also used as main ingredients in its traditional dishes. This is the case of butifarra amb mongetes, a pork sausage typical of Catalan gastronomy that is accompanied by white beans (mongetes) sautéed with the oil given off by the sausage itself. 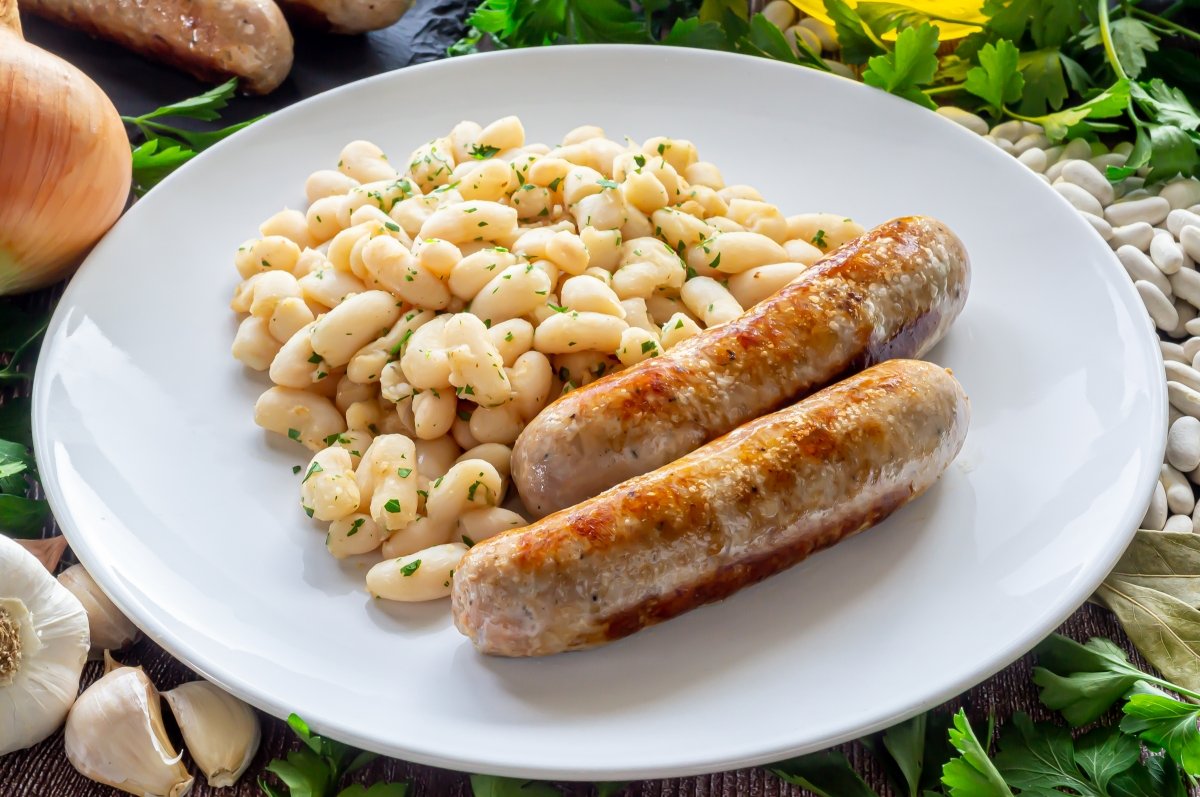 Fricandó is one of the tastiest and most appetizing meat recipes in Spain. It’s a stew of filleted veal with assorted mushrooms and vegetables, to which are also added what, as you have already seen, is the norm in Catalan cuisine: garlic, almonds and parsley.

Almonds and garlic are also the base of the romesco sauce, which cannot be left out. Tomatoes, ñoras, hazelnuts, bread, vinegar, sweet paprika, chilli, oil and salt are also added to create a slightly spicy sauce to accompany meats, vegetables, fish and calçots, a variety of onion, also known as “late onion”, which is very popular in this region. 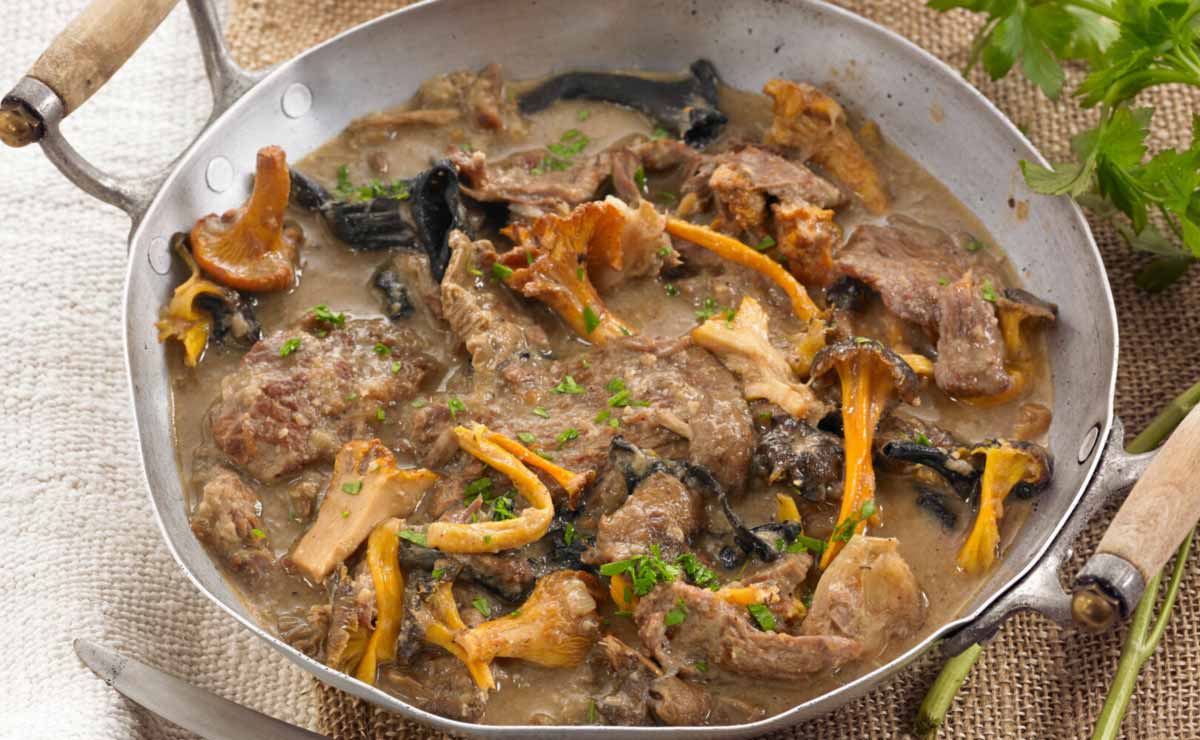 One of the most popular desserts in Catalonia is crema Catalana. Served in individual earthenware casseroles, it consists of a pastry cream that is sprinkled with sugar and caramelized before consumption.

Its main ingredients are flavoured milk, sugar, egg yolk and corn starch that helps us to achieve the creamy and smooth texture that characterizes the recipe. The contrast of the cream with the crunchy layer of burnt sugar is a feast for the senses. 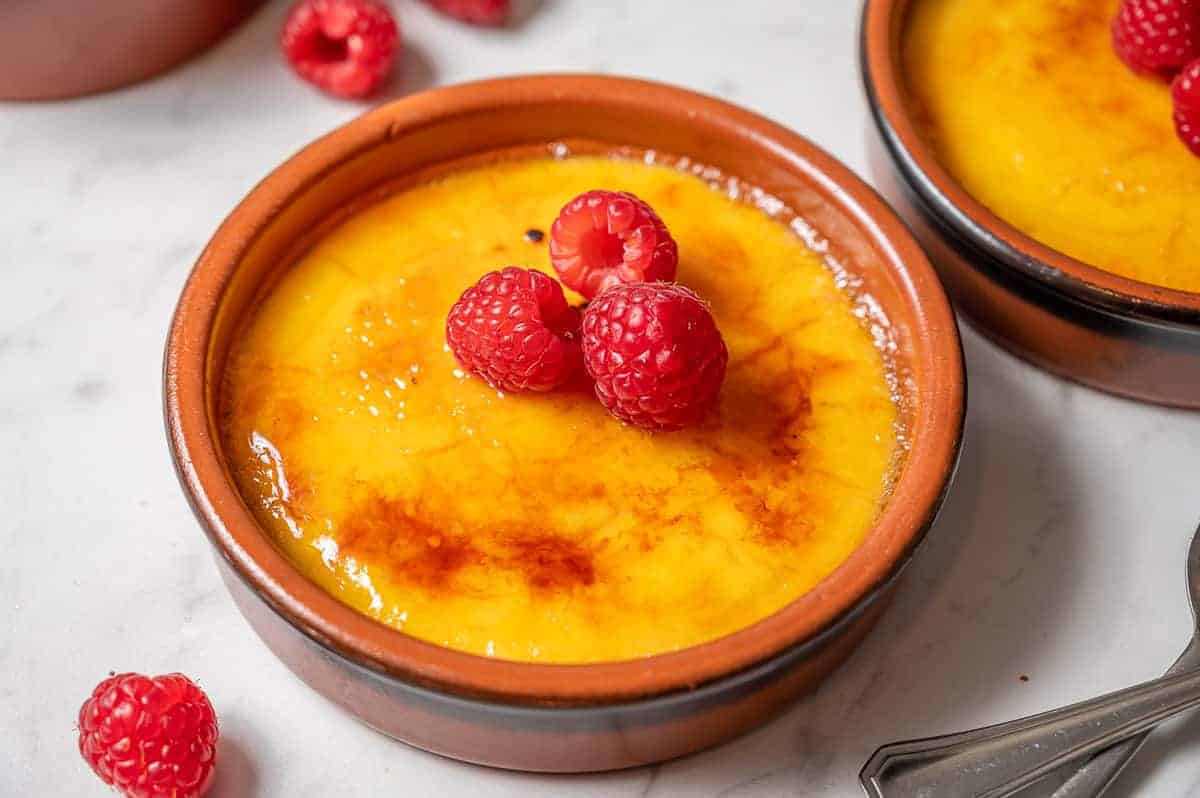 Previous articleTaxes: Spain Collects Less than its European Neighbours
Next articleNow You Can Have Iconic Bespoke Luxury For Your Home At The Creative Design Showroom Of High-End Homes