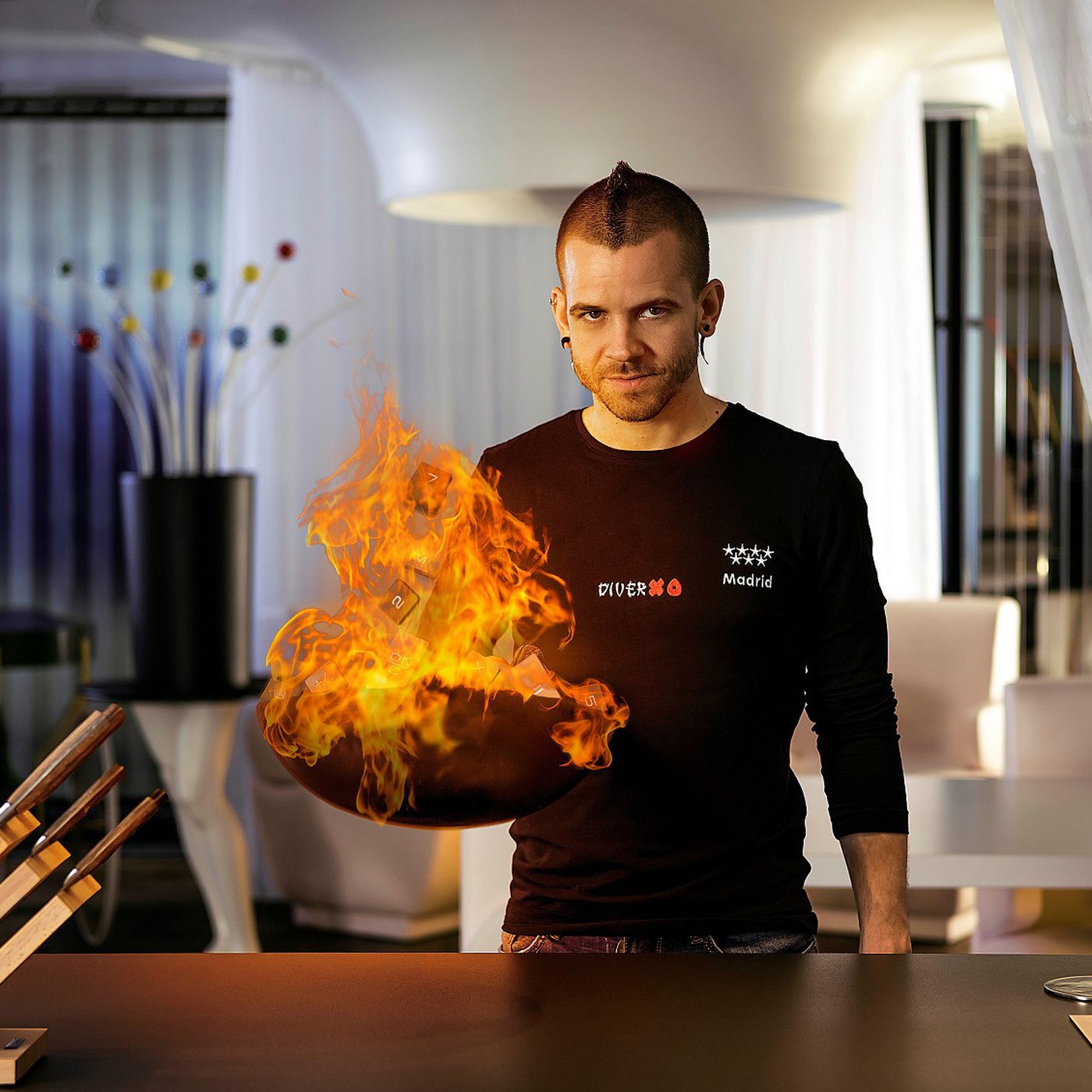 David Muñoz, also known as Dabiz Muñoz, is a Spanish chef. His restaurant, DiverXo, has received up to three Michelin stars. He trained in London, mostly in restaurants dedicated to Asian gastronomy. He moved to Madrid in 2007 and received his first Michelin star in 2010.

Born in 1980 in the Spanish capital, David is the only chef on the Madrid haute-cusine scene with this level of recognition. Considered one of the most innovative chefs in the world, David Muñoz always surprises with his creativity and freedom when it comes to presenting his dishes.

From an early age, he was sure of his passion. He studied at the hotel and catering school in Torrejón de Ardoz and quickly worked in the kitchens of places such as Viridiana, Chantarella and Balzac, then run by the renowned chef Andrés Madrigal.

No one in David’s family had ever worked in the restaurant business, but at the age of eight, he was already cooking recipes for his parents from a book entitled La Cocina Mediterránea. 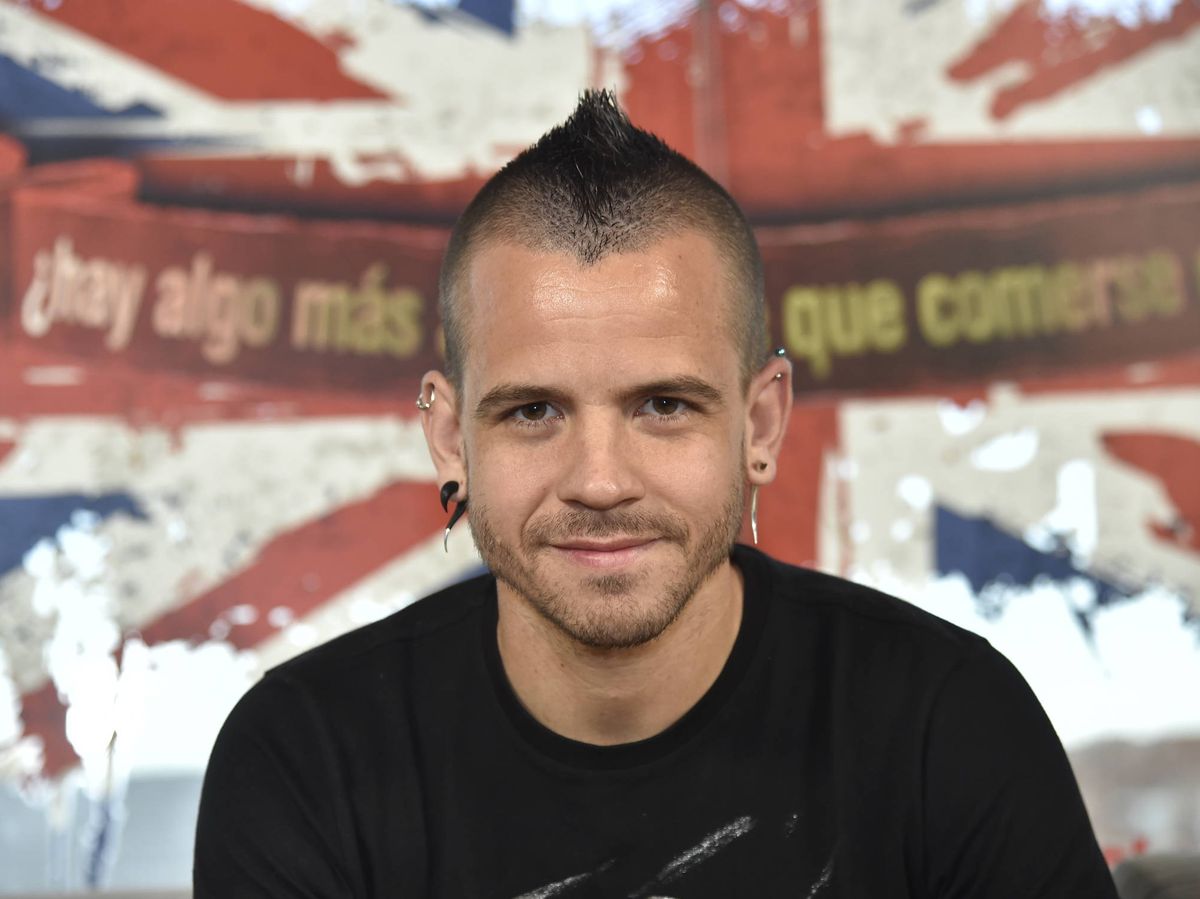 When he was fourteen, his parents took him to Abraham García’s Viridiana restaurant in Madrid. Blown away by the experience, the restaurant left quite the impression on him.

He then entered the Torrejón de Ardoz School of Catering and, during his first year and a half, he combined his studies with work experience at the Balzac restaurant, then run by chef Andrés Madrigal.

Once he finished his training, he begged chef Abraham García to work for a while in Viridiana, also working in the kitchens of Madrid restaurants such as Catamarán or Chantarella. 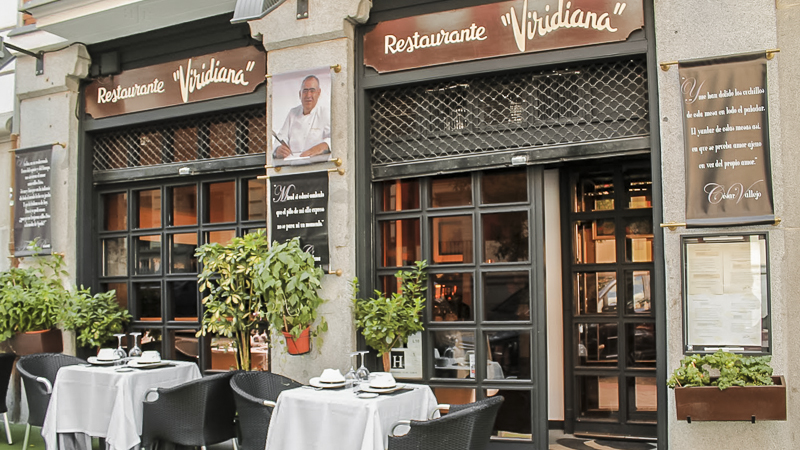 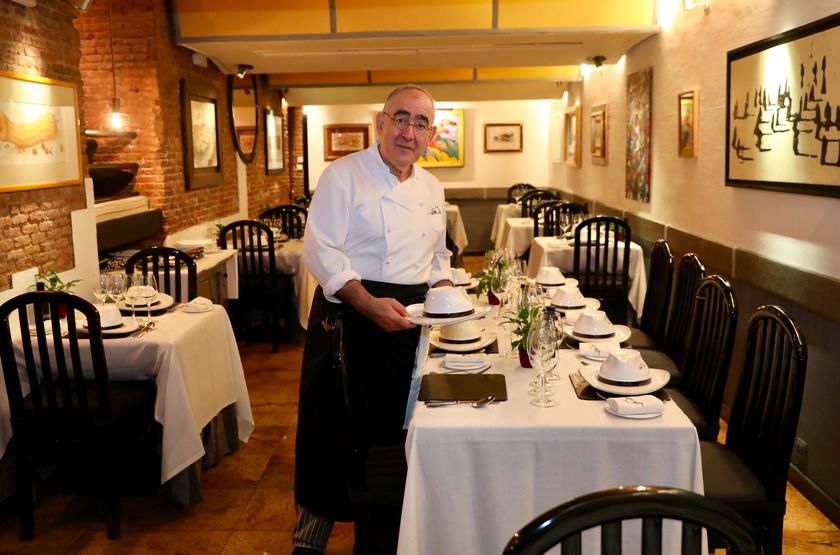 However, it wasn’t until he moved to London that he began to build an acclaimed career as an international chef. There, he discovered the fusion of oriental cuisine that awakened his imagination, which is reflected in his current gastronomy and the fusion of American, Iberian and Asian flavours.

In 2007, together with his wife at the time, they opened the DiverXo restaurant in Madrid, which definitively sealed the path of success that David had been building. There he began to experiment without limits or borders with different recipes that bet on the boldest flavours.

In 2010 David Muñoz received his first Michelin star, two years later the second and in 2014 the third. Thanks to this international recognition, he took his restaurant to the exclusive NH Collection Eurobuilding hotel, which further expanded his international showcase.

In 2015, he also managed to get his slightly more informal gastronomic proposal, known as StreetXO, to be present in El Corte Inglés de Serrano, and he immediately managed to set up a branch of his restaurant in the city.

There are honeyed juices of baby squid and octopus with tamarind, beans and tobiko, all making for an unprecedented sensory experience guaranteed. DiverXo is a must for those curious about unusual and innovative fusion gastronomy. 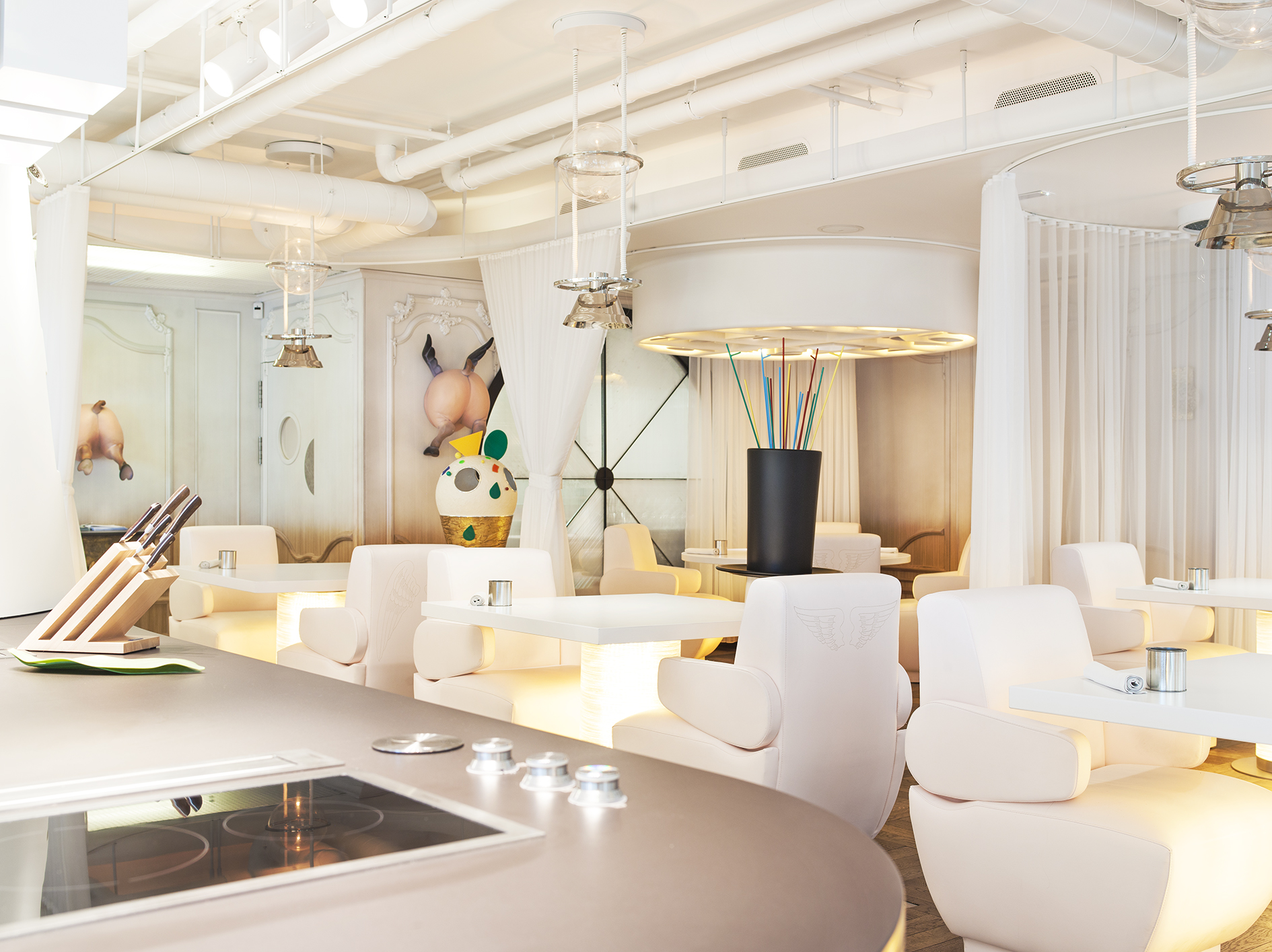 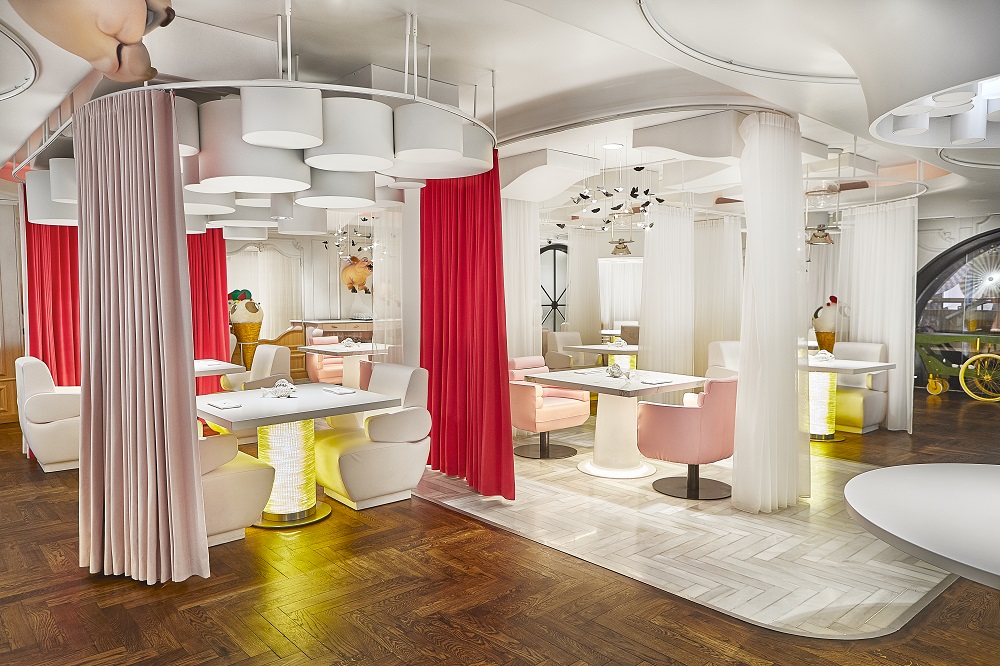 David Muñoz has raised the price of the menu at his restaurant DiverXO (Madrid) from 250 to 365 euros, an increase of around 46%. The chef has argued that the increase is aimed at turning the restaurant into a sustainable business and guaranteeing decent economic conditions for its employees.

This move makes it the most expensive restaurant in its category (three Michelin stars) in Spain. What price range are the others in?

Amongst the other 10 Michelin stars in the country, none of them goes below 200 euros per person. The cheapest is that of Quique Dacosta in Denia, Alicante, which costs 210 euros, while the second best after DiverXO is that of Martín Berasategui at his restaurant in Lasarte-Oria (San Sebastián), which is 290 euros. Drinks not included.

The truth is that Muñoz is currently reaping the benefits of success. In September, he was voted as the best chef in the world at The Best Chef Awards 2021 gala and in October he climbed from 75th to 20th place on the 50Best list, the Michelin Guide’s great competitor for haute cuisine.

In addition to DiverXO, he keeps open his StreetXO bar, his food truck and delivery service El Goxo and is finalising the opening of a new restaurant in Madrid, RavioXo. It will surely be interesting to see how his new venture takes shape.