David Climent and the magic of the Benidorm Palace Family Affair

The Costa Blanca is fortunate to have an entertainment venue of the calibre of Benidorm Palace. Those who have attended shows there compare it favourably to the lavish shows on offer in Las Vegas, and the home-produced shows by the Climent family who own it sell out all the time. BP, as it is affectionately known, also stages some fabulous one-nighters too, starring headline acts from all corners of Europe and beyond.

It’s a truly magical place, and although the venue attracts world class performers, its real magic – literally and figuratively – lies closer to home.

For someone so late coming into magic, David is a real shooting star of the business. He was awarded the prestigious Merlin Award in 2015. He was only the second person in Spain to receive it, and there are still just three recipients in Spain.  David is also inducted into the Magic Circle, and is the only member in Spain to have been invited into this exclusive group, which only admits the best magicians in the world under recommendation from others in the business. 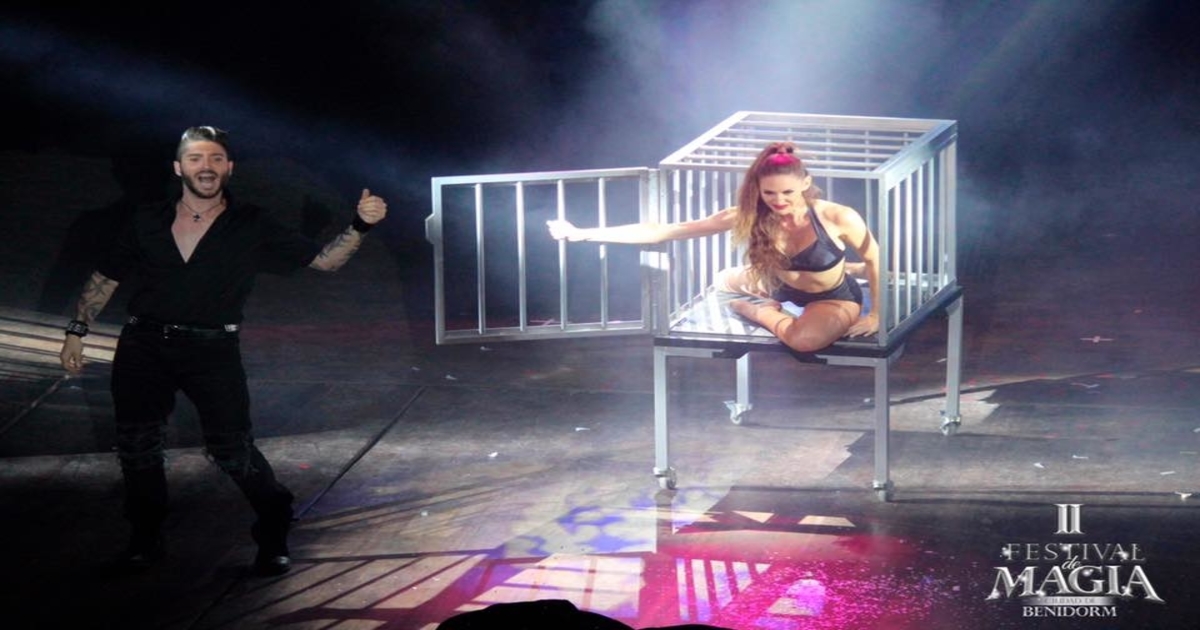 What makes David’s skills even more amazing is that he can perform 9 illusions in 7 minutes. (Or is that 7 in 9 minutes? Either way, it’s impressive). His role model is Dutch magic man Hans Klok, who also performs fast paced magic, with the help of the obligatory beautiful female assistants. Hans is known as ‘The World Fastest Magician,’ but David isn’t too far behind.

Hans has been performing since he was given a magic set at the age of 10, so maybe it won’t be too long before David becomes his favourite magician! And David has added another layer to his show with the use of lasers, so he’s taking the magic to the next level.

Doing so many illusions in such a short space of time must have its recipes for disaster, so I asked David if things ever went spectacularly wrong. It seems the man who can produce a helicopter complete with pilot, or even a motor bike, on the Benidorm Palace stage was beaten – literally as well as metaphorically – by a big wooden pole. Let David relate the story:

I was performing an illusion on stage, and I managed to give my head a whack with a big wooden pole. It wasn’t part of the script, and I was dripping with blood, but I did manage to keep the show going. I got a great ovation that night, but hopefully it’s not something that will get a repeat showing.

David’s talents don’t end there though. He’s also the Ringmaster in the family-owned Benidorm Circus, and part of the resident acrobat team. The circus is animal free, and takes place in an air-conditioned big top behind the iconic Palace building. I’ve watched a circus sketch on YouTube, and I must say David’s comic timing is spot on as well. 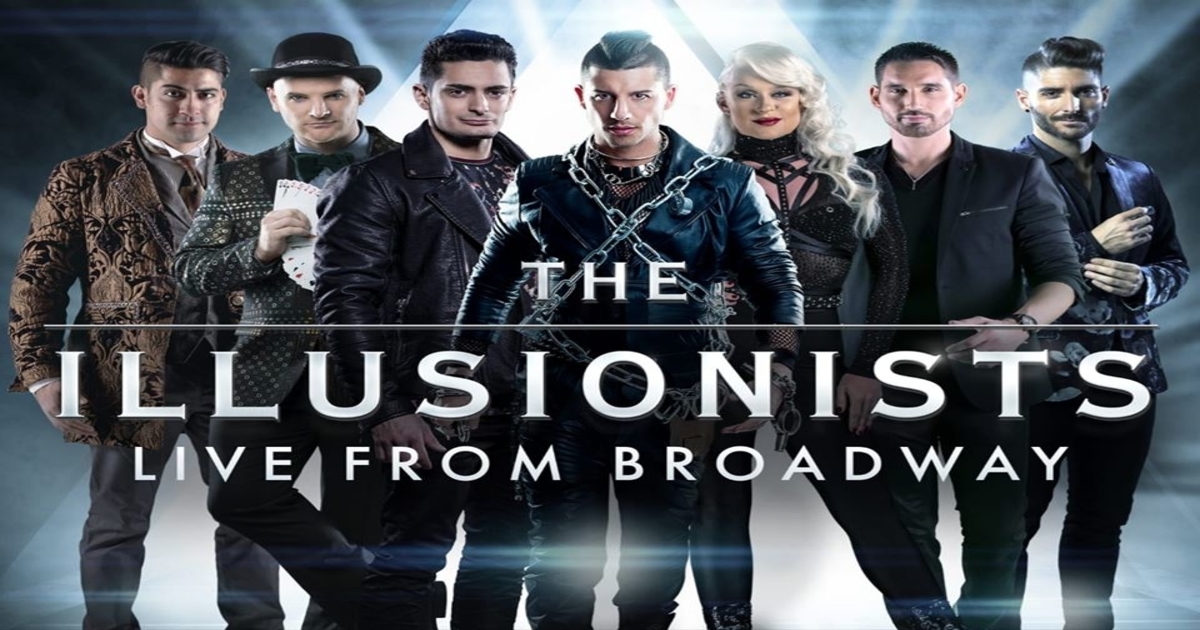 Is there anything this young man can’t do? Apparently not, because about a year ago, he was invited to join the Illusionists of Broadway. The copyright for the show format of this prestigious team of magicians, mind readers, escapoligists and illusionists is owned by Cirque de Soleil, and there’s a rotating cast of between five and eight members who tour the world to sell-out concerts. David was flown to London for a photo shoot, and went with the show to Saudi Arabia in October 2019.

Saudi Arabia is a closed country, with very little foreign input, but in 2019, the innovative three month Riyadh Season opened from October 2019 to January 2020, and the Illusionists were booked for six weeks. London’s famous Winter Wonderland was flown out to Riyadh to host the various events.

Young David from Benidorm Palace shared a stage with the world’s best magicians in the first live magic show in Saudi Arabia. That’s quite an achievement for someone who hasn’t been in the magic business for a decade yet. David was due to travel to Singapore for his second show with the Illusionists, but this was cancelled due to Covid-19 restrictions. 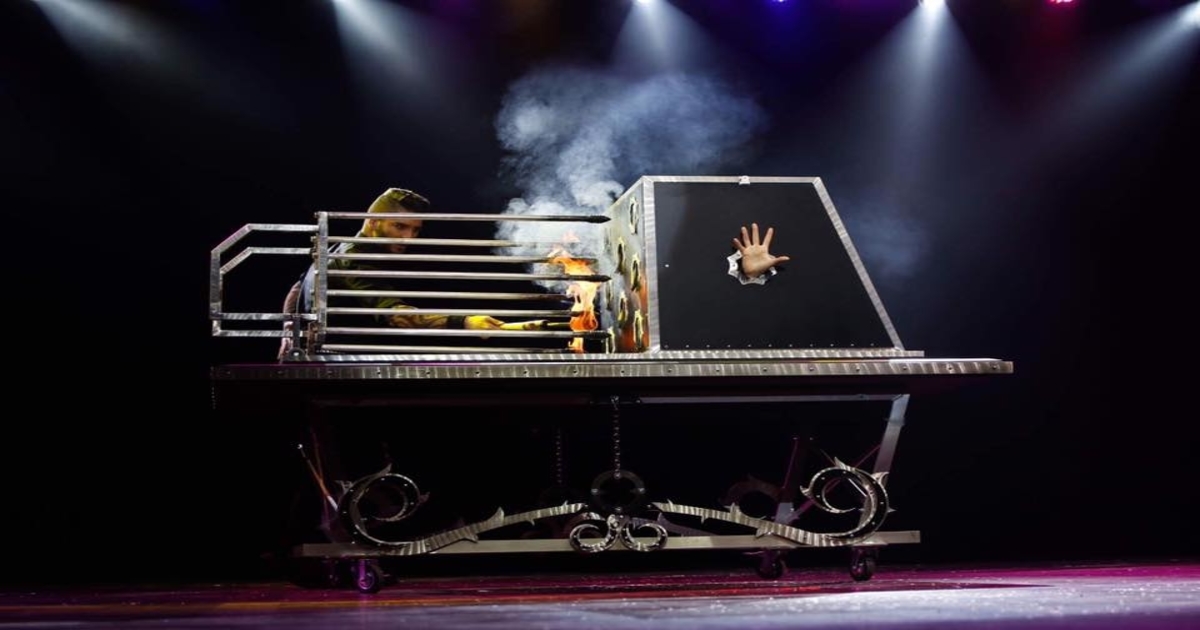 Of course, he’s disappointed, especially since the audience loved the shows. David is used to performing before fairly large audiences – Benidorm Palace seats 2,000 – but this experience was something else, and he can’t wait to get back to doing what he loves and taking his talent around the world.

Closer to home, David is cautiously optimistic about the future after lock-down in Spain. Benidorm Palace’s many loyal clients have been very understanding of the situation, and around 75% of those who had booked seats for shows are prepared to wait and use the money as credit towards future shows. Just a small number are demanding refunds, so cash flow isn’t as bad as it could have been.

Re-opening depends first of all on the government, and then on the return of the tourists, because venues like this can’t survive on local footfall alone. There is a new show planned, but it may be that the family has to open up with a re-run of last year’s successful ‘Aqua’ show.

Whatever happens, the show will go on as soon as it can at Benidorm Palace. It’s what the Climent family do best, and it’s been their passion ever since they took over the venue on 1 August 1990. Nine year old David – who remembers that date with love and pride – could never have imagined that, 30 years later, the world would be at his feet. Benidorm Palace is famous the world over as a high calibre show venue on a par with Las Vegas, and now the Prince of the Palace is set to rule the world of magic in his own right.

We wish David and his family all the best for the future, and look forward to more magical nights at Benidorm Palace when Spain is safe again. Until then, stay safe and well at home. 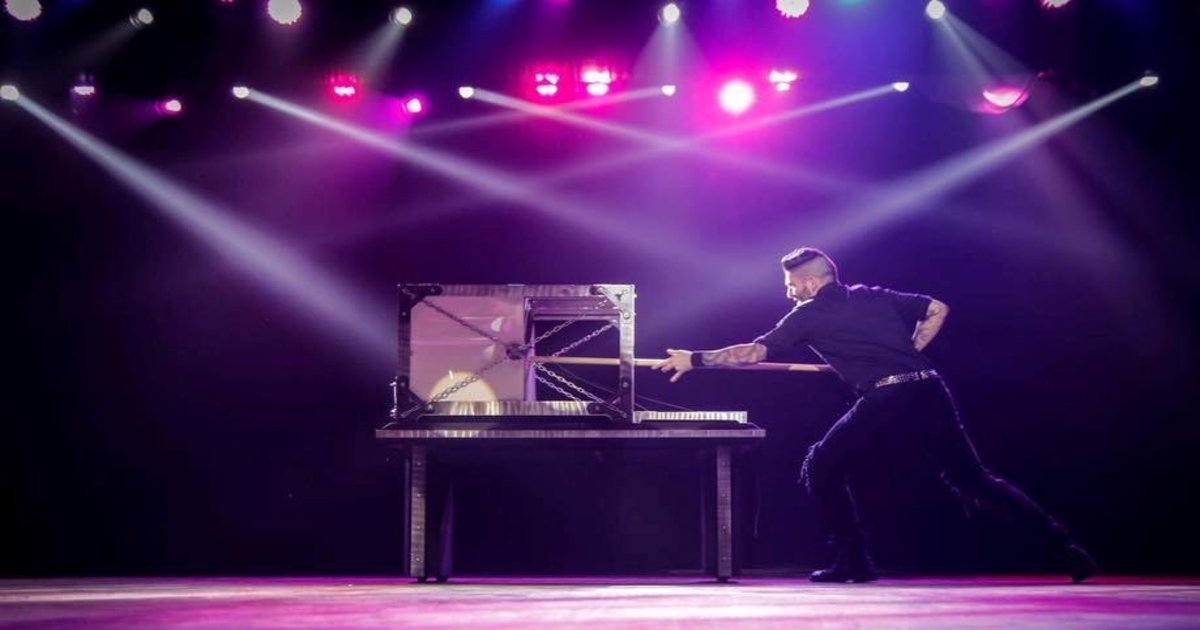 Previous articleLikami from Maisolence: Caring for your hands and face during lock-down
Next articleXabia Casas presents two beautiful properties in Javea Old Town