Claudia Candela: Meet the Rising Singer and Composer from Valencia.

Meet Claudia Candela – the singer/songwriter from Valencia is bursting onto the scene with her first album entitled “Life”.

For Claudia Candela, music, creativity and art course through her veins. The singer, songwriter and composer from Valencia is promoting her first album “Life” via GoFundMe

Her father is Luis Puchades, the owner and creator of art gallery and creativity hub Espacio 14 in Gata de Gorgos, in Alicante. Hence, you could certainly say that having grown up surround by vision and imagination has indeed had its influence on her.

Her breakthrough album “Life” is her first album, featuring eight tracks written and composed by herself and Torres. Inspired by The Beatles, Claudia has poured her soul into this album, which includes soft ballads with dreamy chords and raw lyrics written by her.

Here you can find her mini-documentary on Youtube in which she gives a real insight into the creative process of her album: 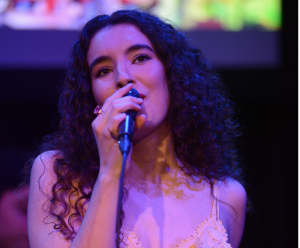 Claudia has been heavily involved with music, theatre, and the arts since a very young age. However, it wasn’t until the age of 15 that she decided to seriously pursue music, after having played the lead role of Sandy in Grease. For her, it was like her musical awakening. As well as attending several live concerts at the Vitoria Jazz Festival, she realised that she wanted to dedicate her life to music.

After finishing high school, she went to London to study Pop Music at LCCM, where she lived and trained for a year. It was here that she honed her skills and experimented with various musical types.

She then moved to the Netherlands to study Vocal Jazz at the Prince Claus Conservatoire for five years. During this time, Claudia attended endless concerts, music festivals of all styles, from jazz, pop, R&B, hip hop, symphonic orchestras, electronic and Afro music.

Upon finishing her studies in the Netherlands, she decided to return to her hometown of Valencia. It was then when the pandemic of Covid-19 struck, throwing Claudia into a time of personal chaos and confusion. She began to sit at home every day with the piano in her room, and she played and sang whatever came to her.

It was through these compositions that she began to build a solid body of work. She used the creation of these songs and poems as a means of expressing what she was experiencing in her life at that time, be it loneliness, joy, hope, love, or the need to communicate a message to important people in her life.

Claudia realised that these songs (which made up 20) had the potential to form an album. It was then that she contacted Jorge Torres, producer, composer, and guitarist who assisted her in arranging the music and lyrics she had put together. 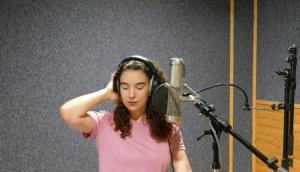 It was in September of 2020 that Claudia and Jorge began to choose the songs that would make the final cut of the album.

The pair quickly began to see how the songs took shape with Jorge’s advice and knowledge. Claudia and Jorge had the fortune of forming a powerful creative alliance where they understood exactly where the music wanted to take itself, which has a calm, passionate, and pure message.

The completed album was pre-mixed and recorded at Hive Recording Studio by Rafa Sánchez, with the final mixing and mastering done by Dave Darlington in New York. For Claudia, she shared with us that “it has been an exceptional, complex, hard, inspiring and tremendously satisfying journey, with great learning on a personal, musical, production, studio work and sound engineering level, mostly thanks to the aforementioned team, with whom I have had the opportunity and privilege to work.”

The final album made up of eight songs feature diverse styles of pop, funk, and R&B. Claudia hopes that when people listen to her music, they feel what she’s transmitting and that it helps them heal the way they need to.

For example in her track “Hey Dad”, she hopes that the music and lyrics transport you back to your childhood, to memories of playing with your parents on the beach, reminiscing those magical moments.

Previous articleEspacio 14: Discover the Emerging Art Gallery in Gata de Gorgos.
Next articleThe new harvest campaign that is going to result in a high quality return from Bodegas Xaló.