Alhambra: A Jewel in Spain’s Crown

Discover one of Spain’s, if not one of the world’s most breathtaking structures. 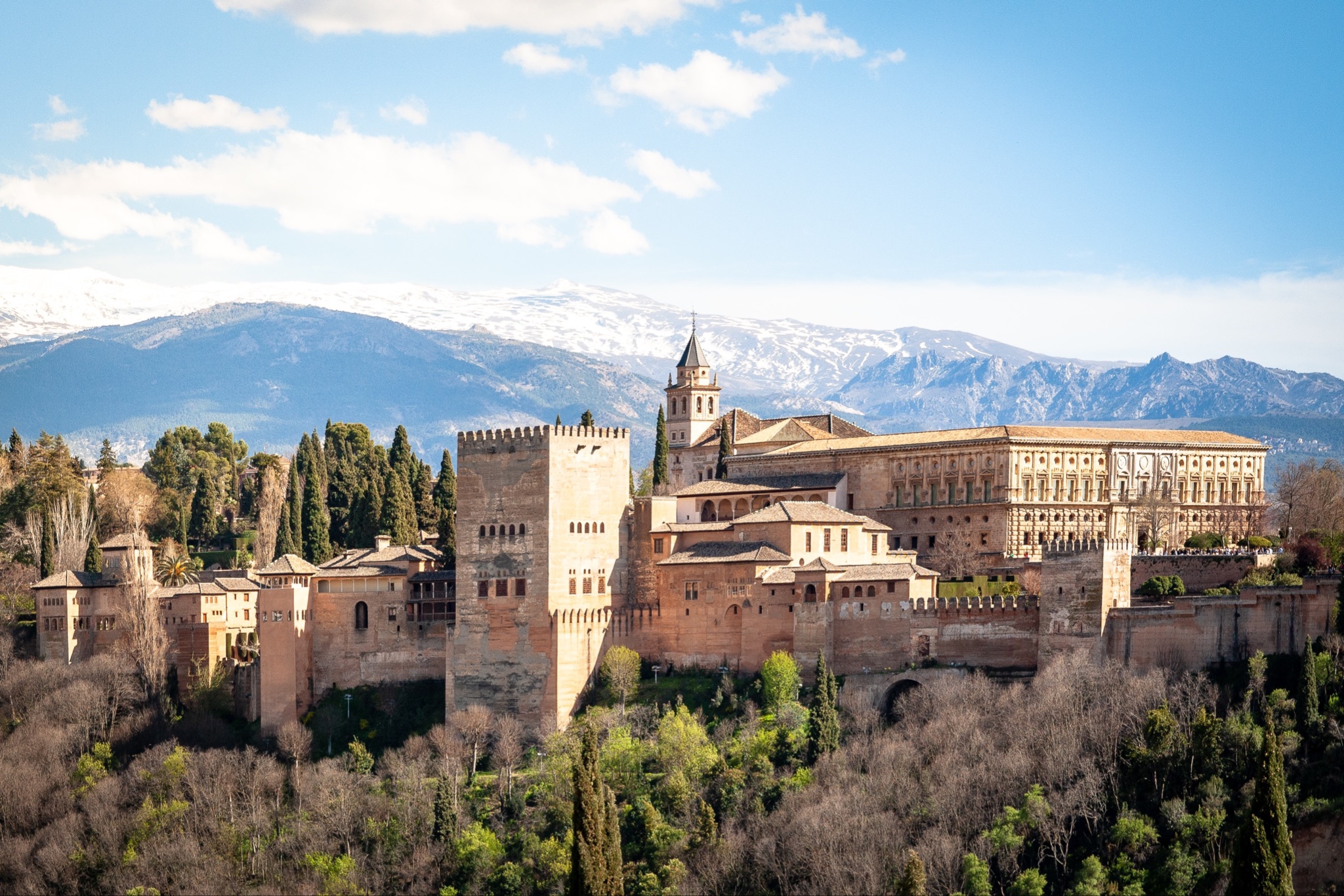 If you haven’t been to Granada, it’s hard to put the awe-inspiring beauty of the Alhambra into words. It’s one of those places that just have to be seen to be believed. It has another worldly type feel that’ll have you marvelling at how it came to be.

La Alhambra is one of the country’s most popular spots for tourists, both within and outside of Spain. It’s an ancient fortified palace on the outskirts of the town of Granda, in Andalusia.

The palace was constructed by the Moors (Muslims from North Africa) who had invaded the country in the 8th century, and it stands as a fine example of the art style known as mudéjar. This ancient art form represents a powerful symbol of Spain’s multicultural past, standing proudly as the last Islamic kingdom in Western Europe.

The red-tainted walls and towers that surround the citadel are extremely reminiscent of the 8th century. The name Alhambra derives from al-qal’a al-hamra in Arabic, meaning “red fort” or “castle”. The site remains the only withstanding royal territorial centre of the Islamic Golden Age, as well as the last remnant of the Nasrid Dynasty.

Located in the west if the city of Granada on the Sabika hill, the palace has a peculiar, irregular shape, surrounded by defensive walls. The fortress spans out a whopping 26 acres, with over a mile of walls, 30 towers as well as various smaller structures.

The positioning provides strategic views of the Sabikia hill proved to be an extremely advantageous vantage point, surrounded by mountains. Interestingly, Arab writers have likened Granada and La Alhambra to a crown or diadem, respectively.

A Bit of History

The most stunning sections of the palace were constructed by Yusef I and Mohammed V, such as the Palacio Nazaries which was intended as living and accommodation quarters

The Moors were defeated by the Spanish Christian monarchs and captured Granada in 1492. They then used the Alhambra as their own palace, deciding to add new sections as well as destroying others such as a large part of the Palacio Nazaries.

In addition, the entire set went into significant disrepair in the 1700s and had to underdo protection as an international monument in 1870. Today, this historical site is well looked after by the UNESCO World Heritage site.

When you first visit this enormous site, you’d be forgiven for getting overwhelmed. It will undoubtedly be overrun by tourists, but there’s no way around this, unfortunately. So, we suggest that you have patience as you meander through the palace courts and passages. The site works on a timed ticketing system, meaning that the Alhambra will be busy from the minute it opens until it closes.

The Palacio de Nazaries is unquestionably the most stunning Muslim structure in Europe, and it’s still in remarkable condition considering it was built in the 13th century. Here you’ll find exquisite courtyards, glistening pools, and cool chambers adorned with geometric Arabic-style tiles. 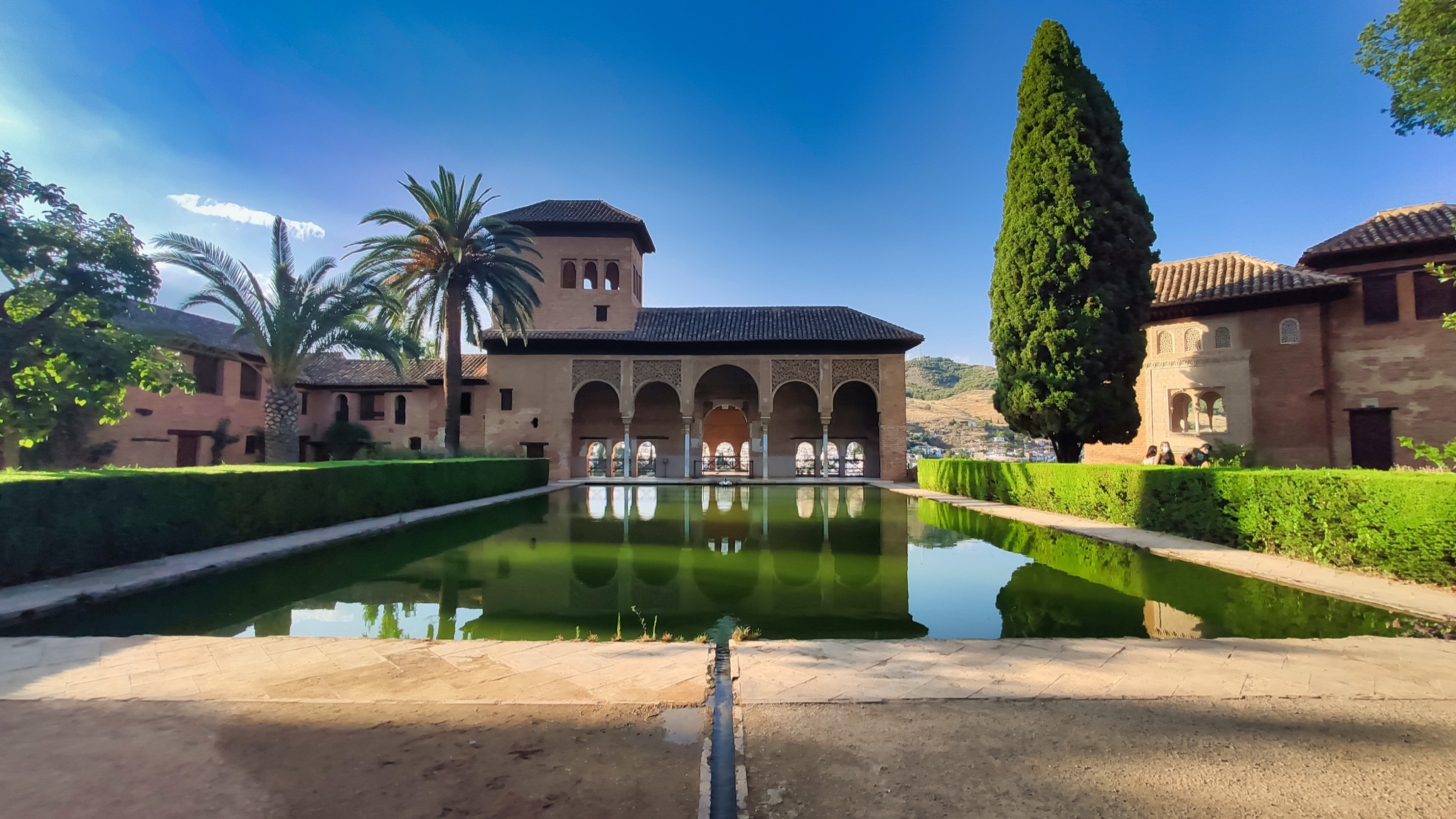 For many, it’s the highlight of the visit to the Alhambra. Continuing on, you’ll pass through the Patio del Cuarto Dorado, which is an airy walkway with ornate stucco-work ceilings. As you pass through this connecting patio, you’ll encounter the Comares Palace, a collection of majestic rooms fit for royalty which center around a courtyard of Myrtle trees.

Last, but certainly not least is the adjoining palace that was built by Mohammed V. Named Palacio de los Leones (the Palace of Lions), this gorgeous court is set around a stunning patio where water pours from the mouths of 12 marble lions. 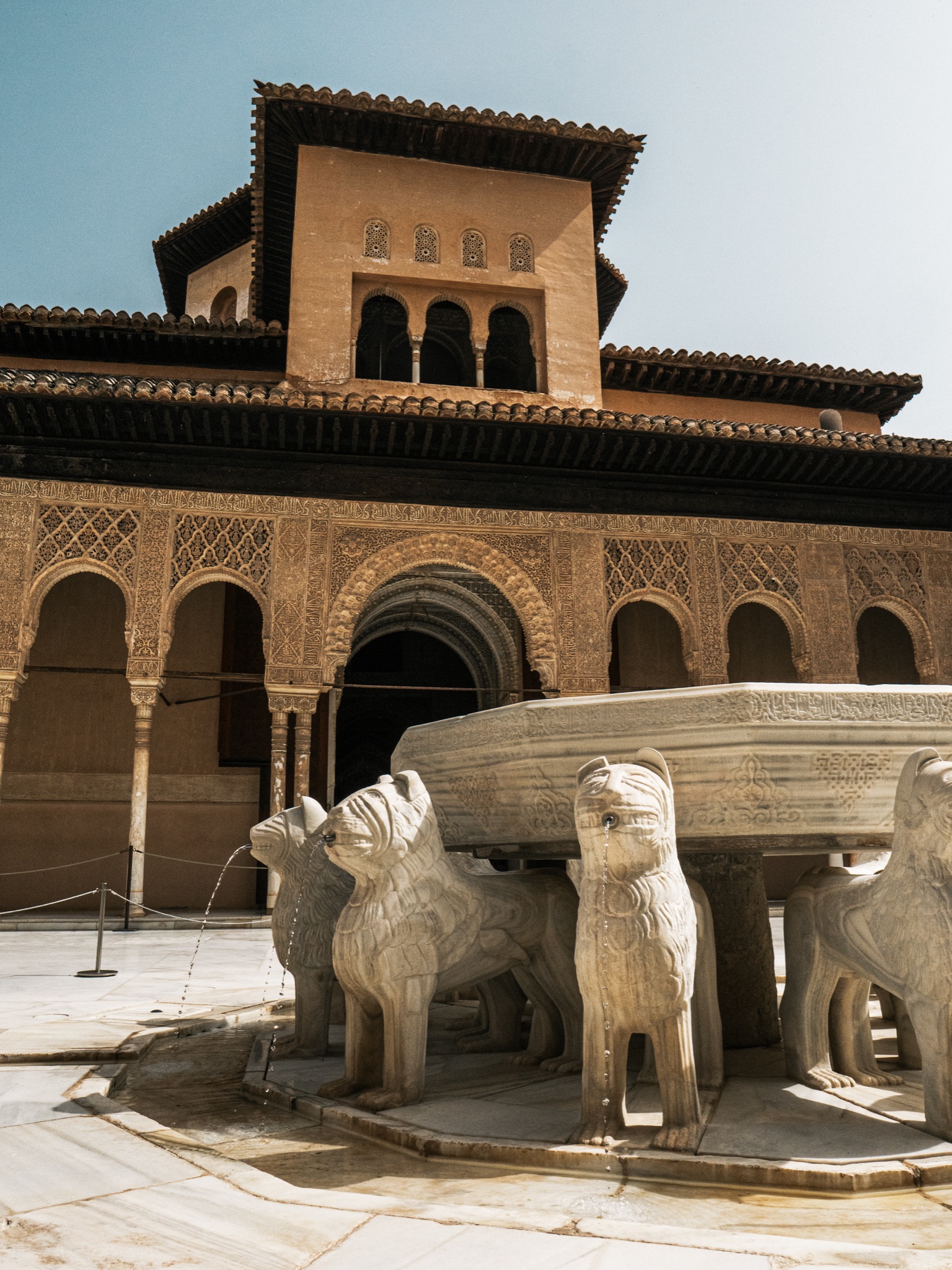 The magic of La Alhambra doesn’t stop there. We highly recommend that you check out this majestic court known as Palacio de Carlos V, which will leave you in complete awe.

Built as an add on to the fortress by the Spanish in 1532, the Palacio is set of rooms circling a vast, and eerie courtyard. Renaissance style columns surround the central, circular courtyard. 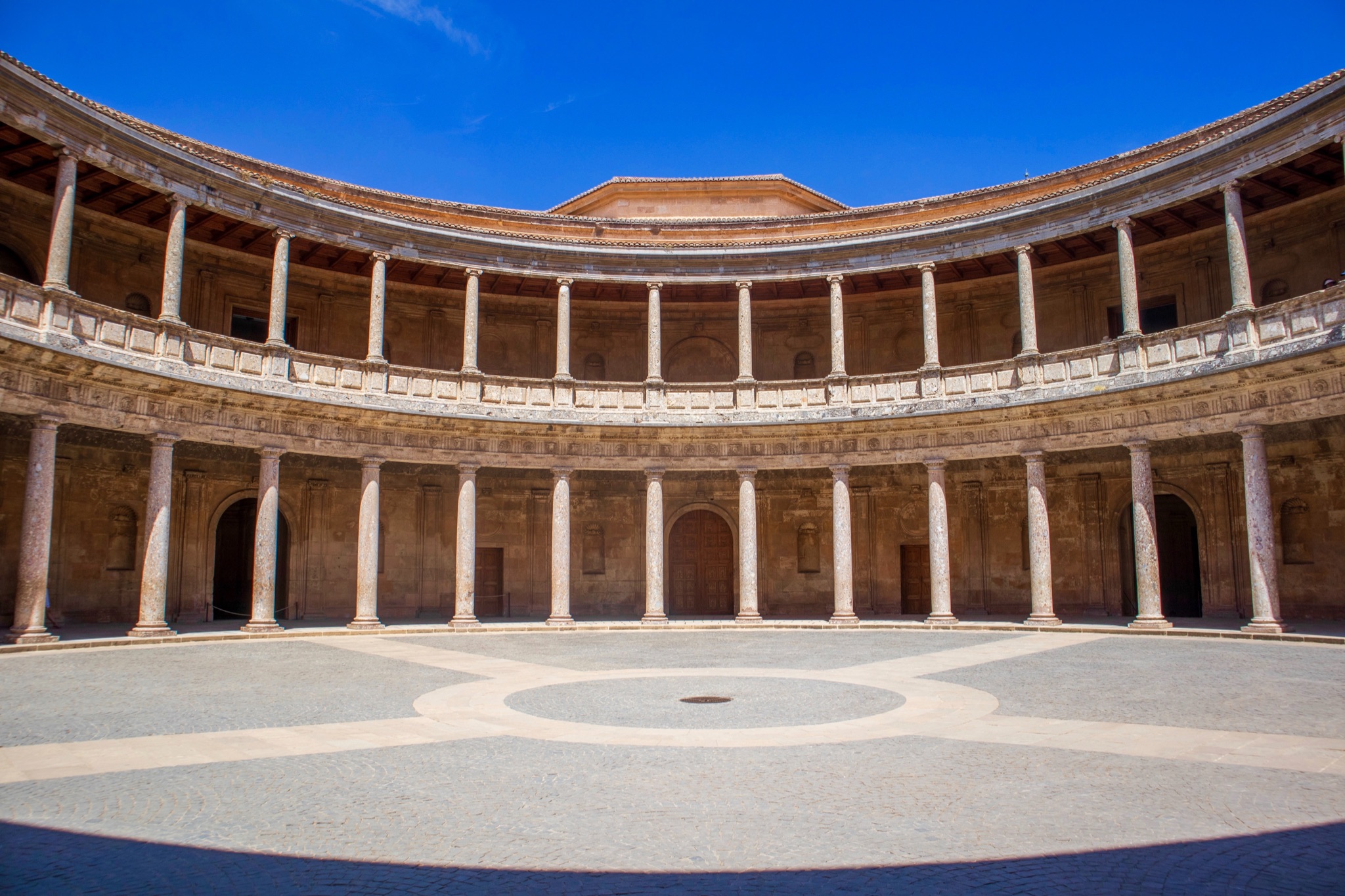 The great thing about this feature of the site is that it isn’t a part of the general Alhambra tour, so it’s handy if you want to make a quick stop to the Alhambra and get in a few cool photos if you’re short on time.

You can buy a ticket at the Alhambra for either a morning or afternoon visit, and your ticket will have a 30 minute timestamp on it for your slot. Due to high demand, ticket numbers are limited each day, and the Alhambra almost always sells out, especially in the summer.

We at Spain Life strongly suggest that you either queue early for your ticket, or book online to guarantee your visit.

Previous articleHeatwave of 2021: Spain’s Hottest Recorded Summer
Next articleBulls, Tapas, and Culture Galore – Why You Have to Visit Pamplona