Known for its golden beaches, festivals and medieval architecture, Fuengirola on the Costa del Sol in Southern Spain offers everything you’d want in a holiday. 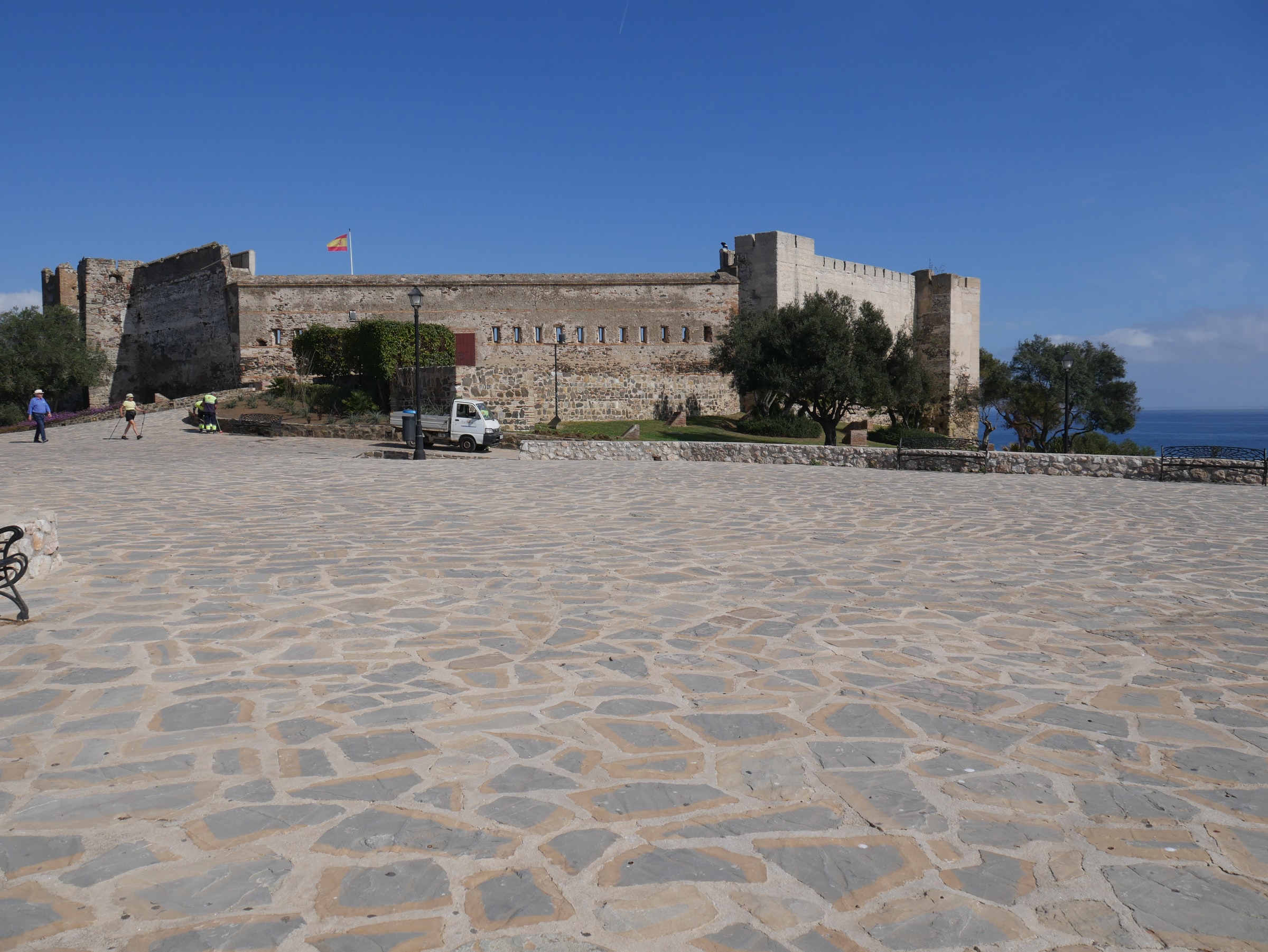 Here at Spain Life Exclusive, Fuengirola is one of those places we like the most when we are looking for a relaxing getaway on the beach. A vibrant and bustling town, Fuengirola also offers many attractive activities, with gorgeous sites to visit without having to go too far from one spot.

Fuengirola happens to be one of the coastal towns with the best infrastructure on the Costa del Sol, and a fantastic destination if you’re travelling with your family. As well as boasting a series of wide sandy beaches along its seven kilometres of coastline, it also offers a zoo, a water park and a mini amusement park close to the town for the little ones to have a great time.

Its beautiful promenade connects its beaches with some of its impressive sights, including the Sohail Castle. Some of the most popular beach areas can get crowded quickly in summer, but here are some ideas to make it easier to avoid the crowds.

Start Your Day on its Stunning Promenade

The promenade that separates the sandy beaches of Fuengirola and the coastal road from the town is not usually very crowded. Paved with its characteristic bricks, it is one of the longest promenades in Spain.

It stretches for seven kilometres along most of the town’s coastline, with fantastic views of the Mediterranean Sea. You can easily access any part of the beach, as well as the bars and restaurants along the promenade, which also has a cycle path shaded by rows of palm trees. 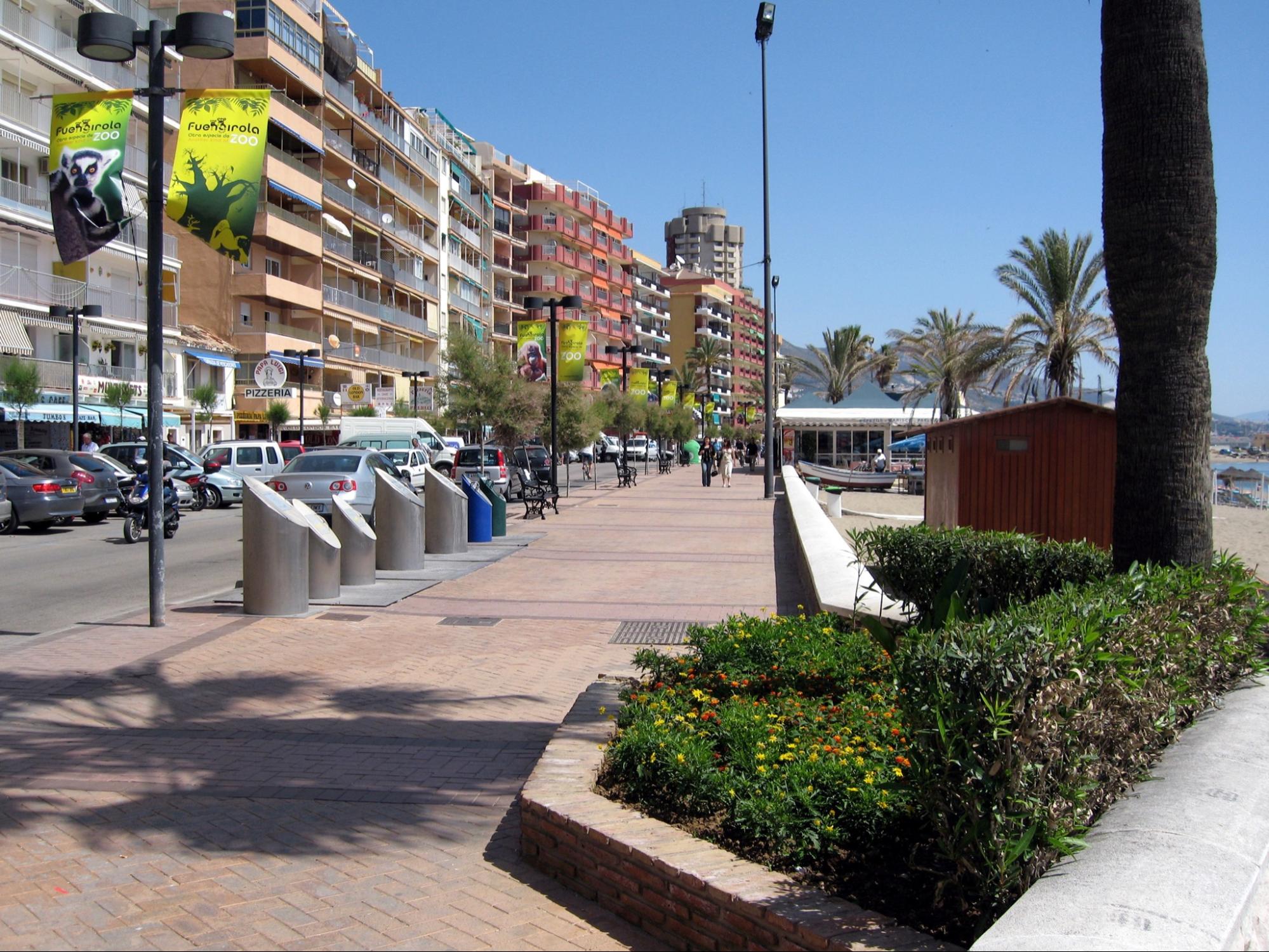 Take the Little Ones to the Wildlife Park

Bioparc Fuengirola offers you an inspiring and educational way to spend the day. It’s made up of several areas representing different habitats from around the world. For example, the Africa area has recreations of swamps and a gorilla enclosure known as the “Congo Valley”.

In the Madagascar bushland area you can see ring-tailed lemurs, while in the Southeast Asian enclosures you’ll hear the soothing melody of tropical bulbuls and starlings.

Don’t miss the Komodo dragon exhibit set against the backdrop of a Khmer temple, in the Indo-Pacific area. 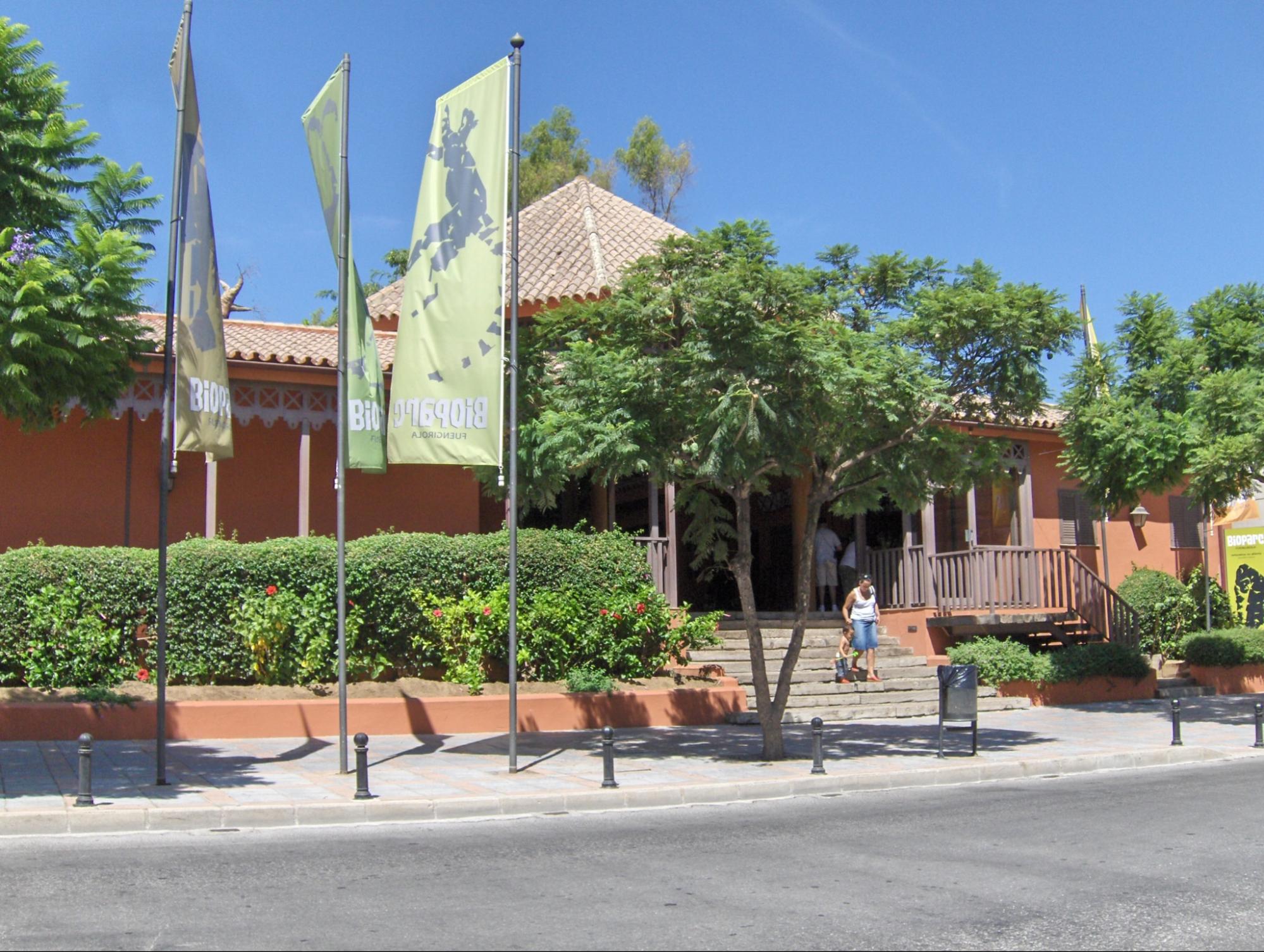 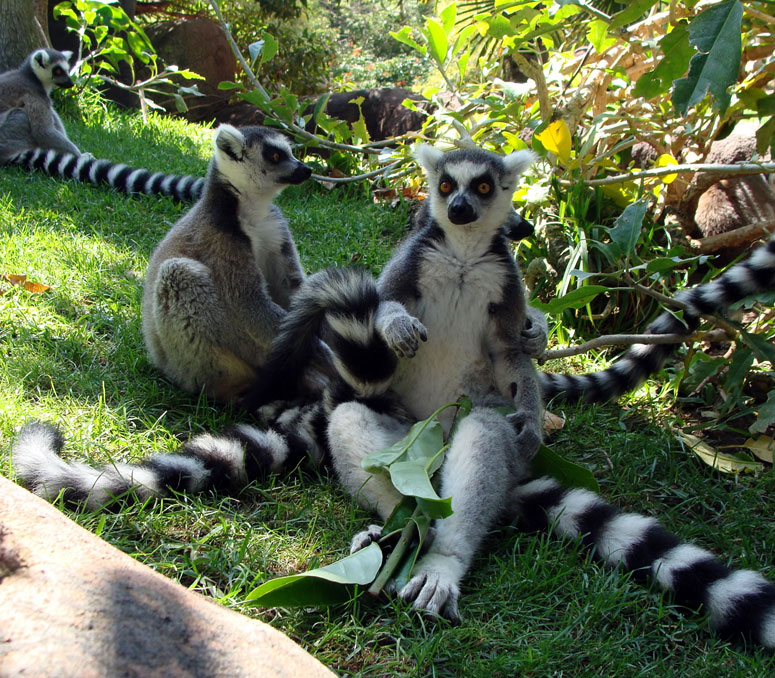 Take in the View from the Castle of Sohail

The castle is a must-see both to review the most important episodes of the city’s history and to enjoy the best views of the coastline. This fortress was built under Caliph Abderramán III in 956, on the remains of an ancient Roman settlement on top of a small hill near the mouth of the river Fuengirola.

Today, the castle serves as an open-air auditorium, where concerts and events are held, especially in summer. The most important music event is the summer Festival Ciudad de Fuengirola, whose performances take place inside the fortress. 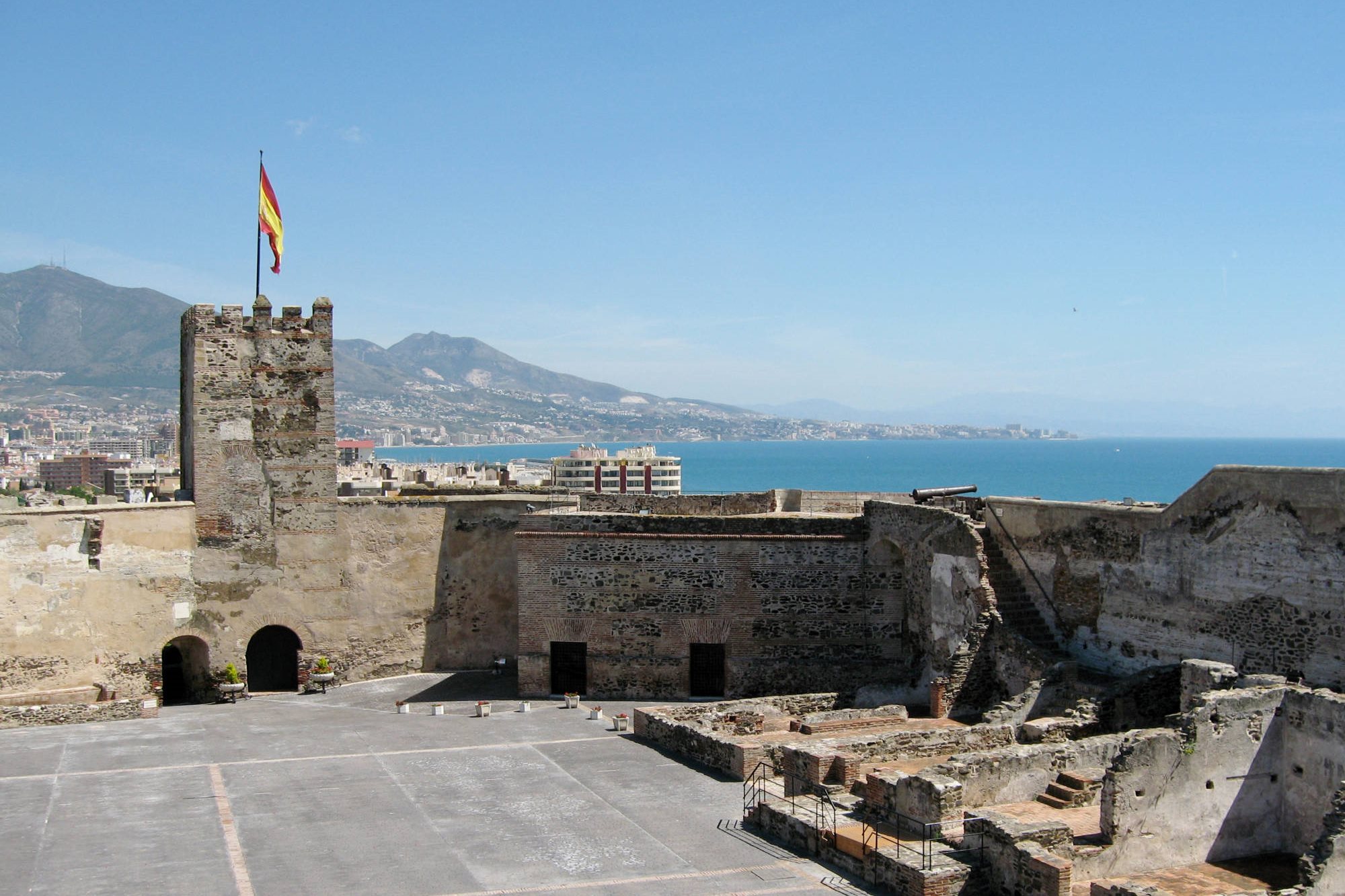 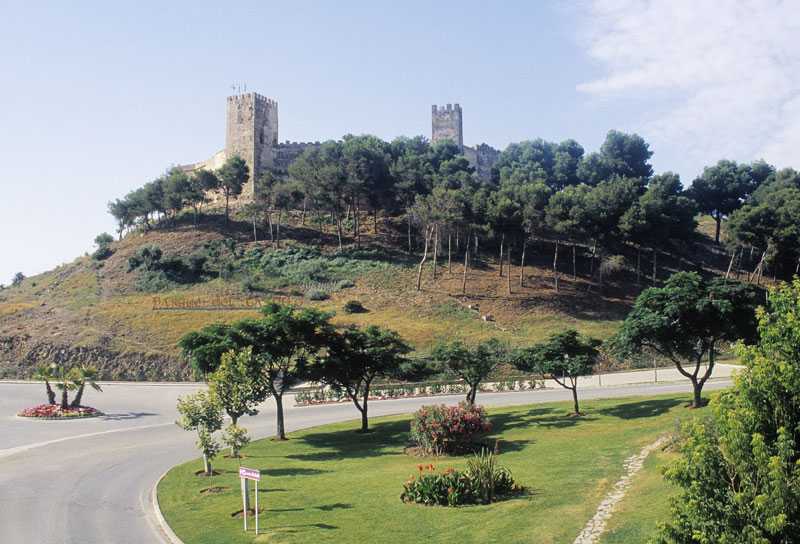 Soak up the Sun at its Gorgeous Beaches

As part of the Costa del Sol, Fuengirola has splendid beaches of golden sand, which isn’t as common in the rest of the province of Malaga. Moreover, its 8 km of promenade makes it the longest in Spain.

Playa del Castillo: this beach is located at the foot of the Sohail Castle. The beach is accessible for people with reduced mobility, thanks to the absence of architectural barriers. The surroundings are absolutely breathtaking, and its gastronomic prowess will perfectly complete your stay in this natural space.

Santa Amalia Beach: this one is connected to the previous beach by a bridge. Its waters are calmer and the atmosphere is more family-oriented.

Playa de San Francisco: This beach offers the most services to visitors and ois ne of the most popular on the Costa del Sol, despite its small size (only 350 metres long). For this reason, you should arrive in the early hours of the morning, or plan your getaway outside the high season. 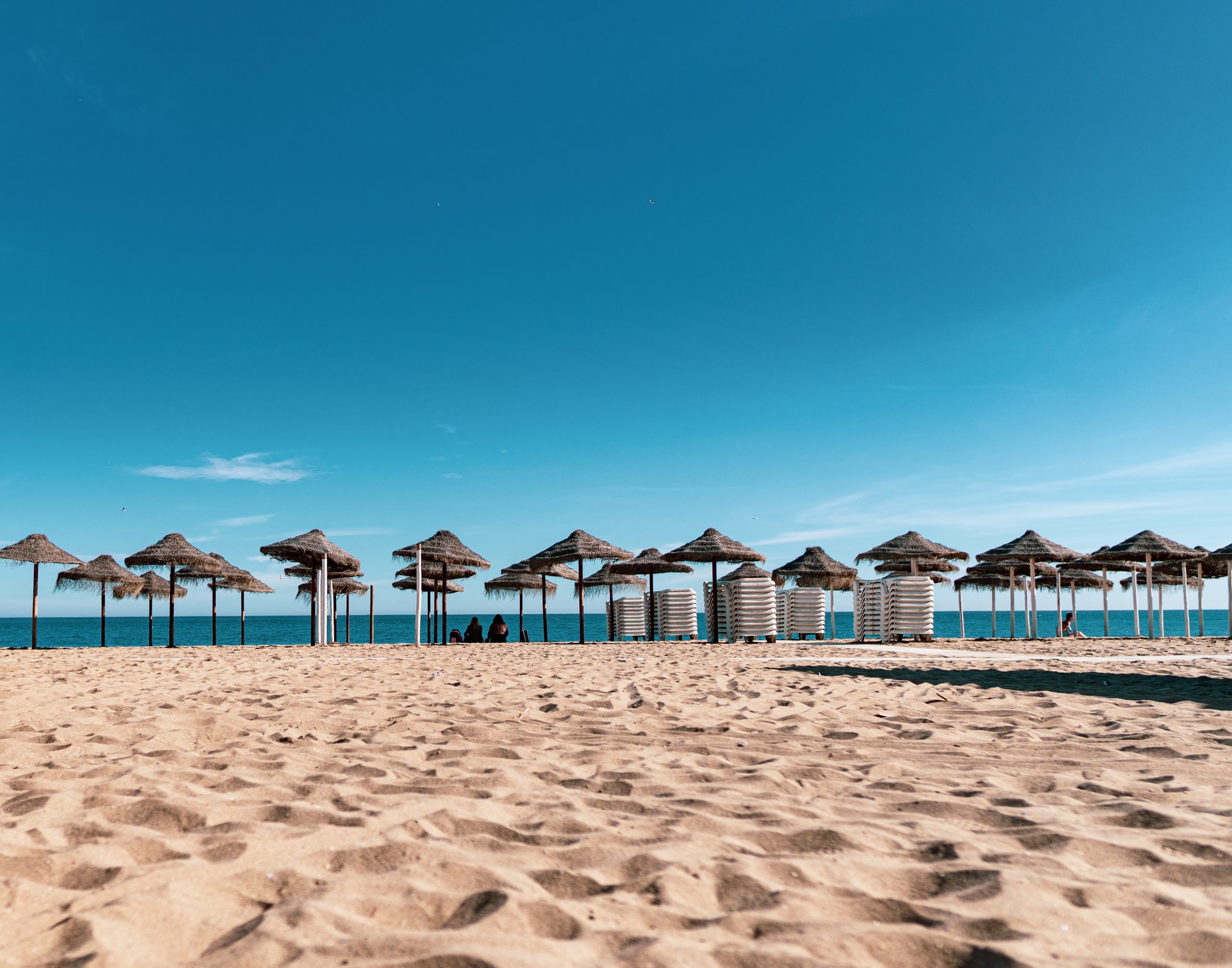 Thanks to the influence of foreign and Spanish tourists, Fuengirola has a wide range of restaurants specialising in both local and international cuisine.

As a sea port, fish takes on a special role in the gastronomy for the locals in Fuengirola. It can be prepared in many ways, but the most common is to eat it salted or baked. Of course, we can’t forget to mention the typical sardine skewers or the fritura malagueña, which is a kind of fried fish.

That being said, the diet in Fuengirola is very varied and in its bars and restaurants you can savour other dishes such as rice with seafood, stewed potatoes with conger eel, dogfish with potatoes, fried anchovies, and red mullet.

And it’s not all about fish, other typical dishes also include arroz a banda, gazpachuelo and pucheros (stews).

Here are some other estaurants serving traditional delicacies of the area:

A few steps from the beach of Los Boliches, you will find the hidden restaurant El Río, in the small street Francisco Cano. The terrace tables occupy both sides of the street, but it only has a small indoor dining room. Some of the house specialities are steak tartar, which they prepare right at the table, and duck a l’orange, among other main courses that cost around 18 EUR. If you order the daily special, the friendly chef will try to surprise you with one of his dishes.

Where to Stay in Fuengirola

The centre of Fuengirola is home to the largest number of hotels, holiday flats, restaurants, shops and supermarkets in the town, making this area an excellent choice of accommodation for both weekend breaks and longer stays.

The centre is the heart of the town, home to attractions such as the Bioparc Fuengirola and the local train station that connects to Malaga and Torremolinos, making this the best area to stay in Fuengirola for those taking a train route along the Spanish Costa del Sol.

The area is also within a 10-minute walk of Fuengirola’s promenade, marina and beaches, but also has bus connections for those who don’t want to walk in the blazing summer sun. This is undoubtedly one of the best areas to stay in Fuengirola, no matter the reason or length of your trip.

Some noteworthy hotels to look up in this area: 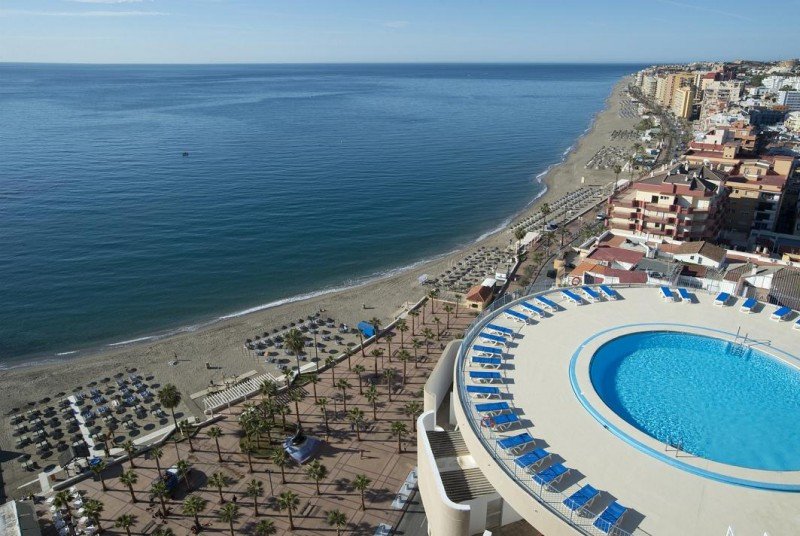