Why You Have to Visit Denia for Your Next Spanish Getaway

Found on the exquisite Costa Blanca, there are many appealing attractions to see in Denia, Alicante in a day or two. 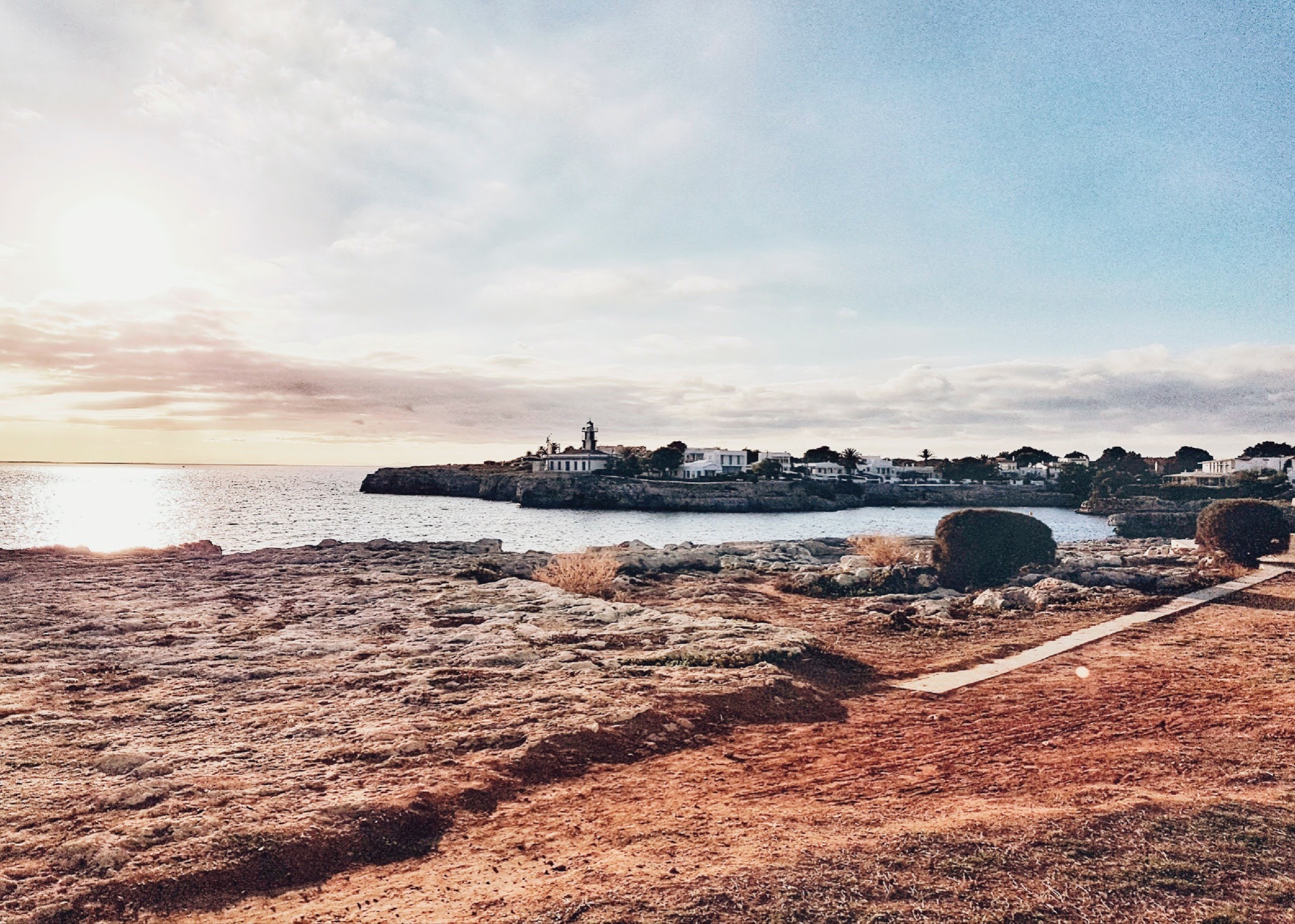 Dénia is a port city on the Mediterranean coast of eastern Spain. Much more than a mere beach destination, its gastronomy is renowned for its famous prawns, as well as the tradition of the fishermen’s quarter, the castle that watches over the town from above, and the bars and restaurants in the marina area make it a spectacular holiday destination.

In addition, the natural environment surrounding the city invites you to go hiking in the mountains of the Montgó Natural Park, which holds one of the most precious treasures of the Valencian Community, the Cova Tallada, by the sea.

Not only is Denia full of beautiful beaches that make Costa Blanca famous, but it also boasts a remarkable historic centre, a rick=h artistic heritage, an active marina, and a spectacular natural environment. It comprises everything you could imagine for a dream holiday.

What to Do in Denia:

Check out the Castillo

The castle of Denia is one of the main selling points. Situated on the top of a hill, right in the centre of the city, its origins date back to the period of Arab domination. Today, the fortification still conserves some of its towers, gates and walls.

Built on a cliff overlooking the coast, inhabited and fortified since Roman times, Denia Castle is the symbol of the town, it serves as an unmissable attraction for those who spend their holidays in the area.

The fortress, which has been declared a “Monument of Cultural Interest”, was built in the 11th century, during the period of Arab domination. The original architectural style was Almohad, but over the centuries the complex has undergone numerous changes and reconstructions.

Access to the castle is only on foot via Calle San Francisco, although if you have accessibility problems, you can ask about getting to the top of the castle by car. 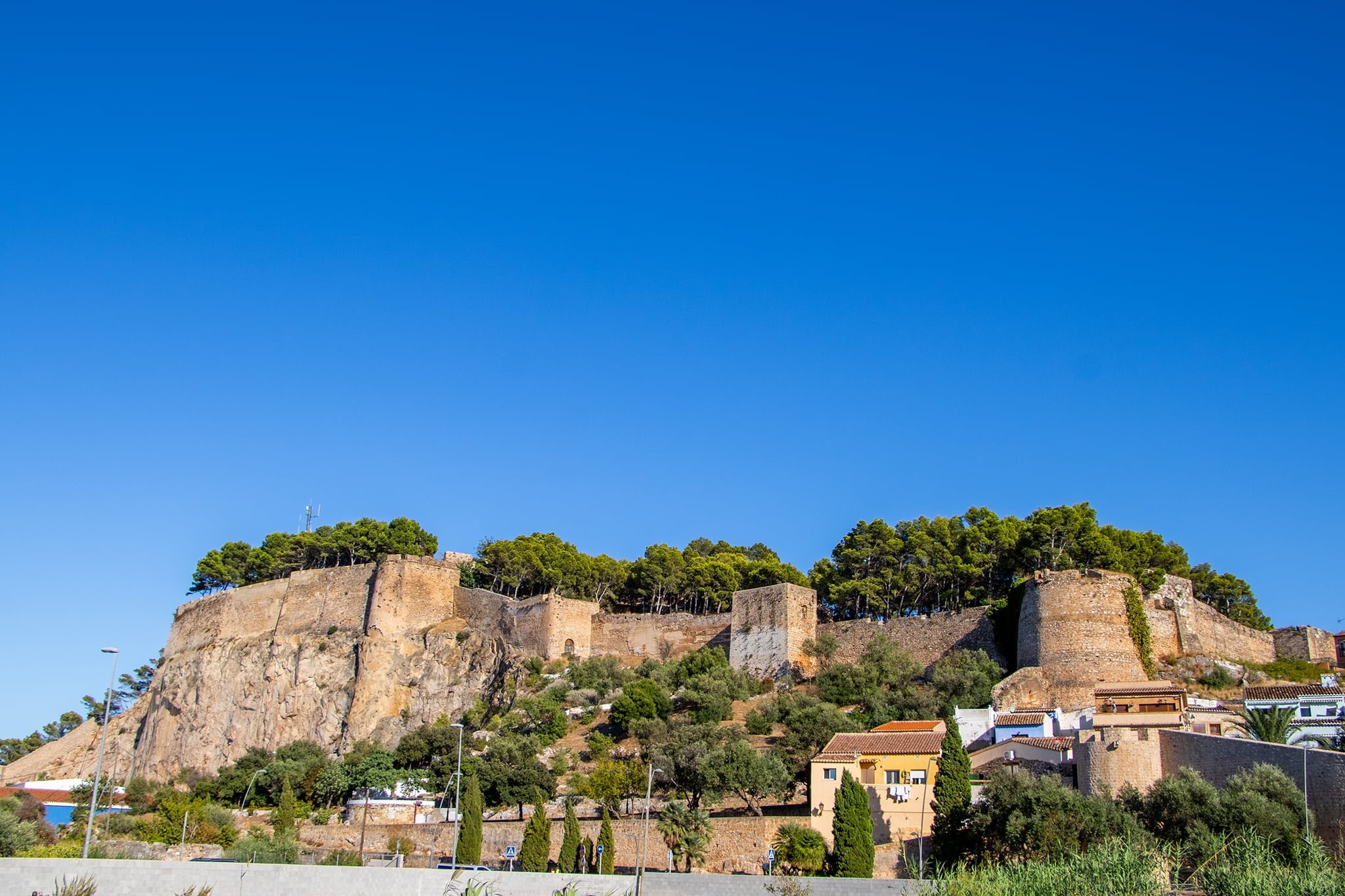 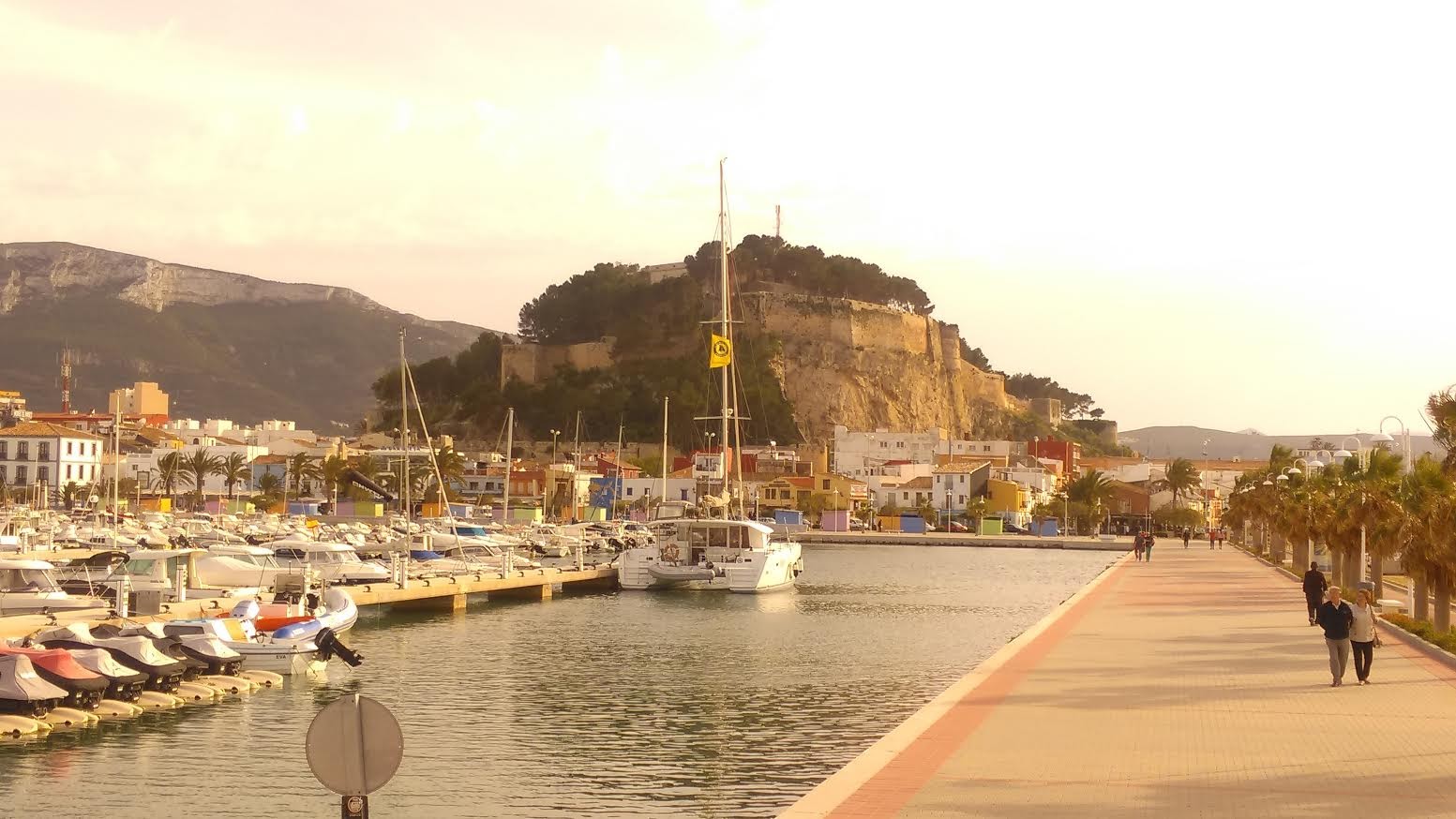 Savour the Incredible Gastronomy to be Served Here

Did you know that Denia’s gastronomy is so well known, that it has been named Creative City of Gastronomy by UNESCO? When in Denia, its big-seller of red prawns is a must-try.

If you want to sample the local produce, we recommend that you head to the Municipal Market, which is held from Monday to Saturday on Calle Magallanes which is close to the castle. Every Monday and Friday, outside the main market building, there is an open-air market of fresh local produce (mainly fruit and vegetables), which is always worth a visit. Here, you will get the chance to discover the colours and flavours of the local gastronomy.

In addition, as a city in the Region of Valencia, rice dishes are another of its specialities, especially Arroz a banda. Denia’s flagship restaurant is Quique Dacosta, which is the proud owner of three Michelin stars. So, if you want to live a true experience with all your senses from start to finish, you should go and treat yourself in this restaurant. 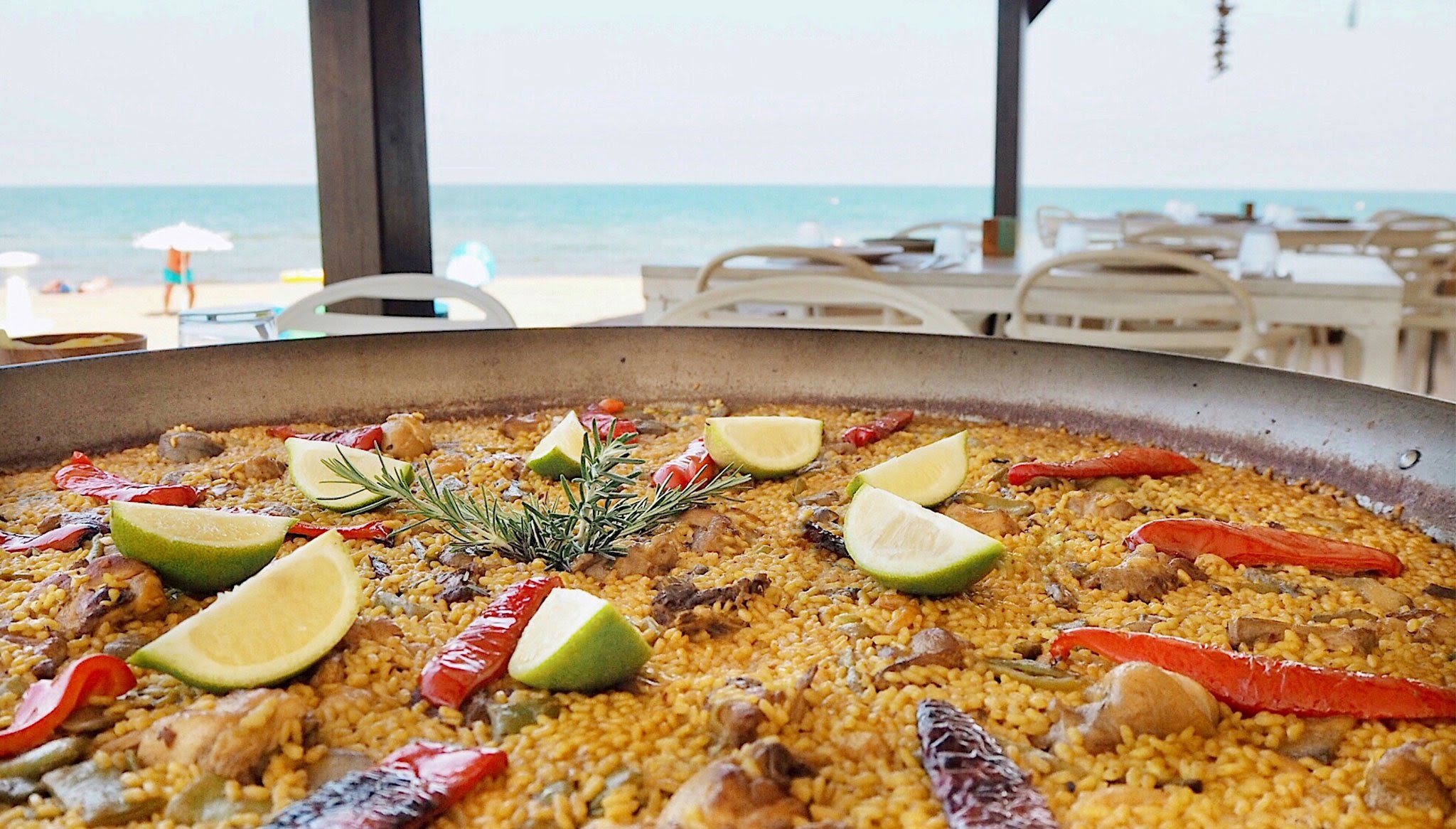 We highly recommend taking a stroll through this neighbourhood, to pass Cavaliers street where you will find the Ethnological Museum, and the pedestrian street Loreto, which is full of terraces of bars, restaurants and shops.

Also make sure to check out the Convent and the Church of Our Lady of Loreto, Major and Sant Josep streets, the Town Hall and the Church of the Assumption in the Plaza de la Constitución. These enchanting streets have a quaint charm about them that is sure to transport you back in time.

During weekends, holidays and daily in summer, the street is closed to vehicular traffic to make it possible to stroll and enjoy its terraces. Here it is typical to enjoy an ice cream, horchata, coffee, soft drinks or beer with family or friends. 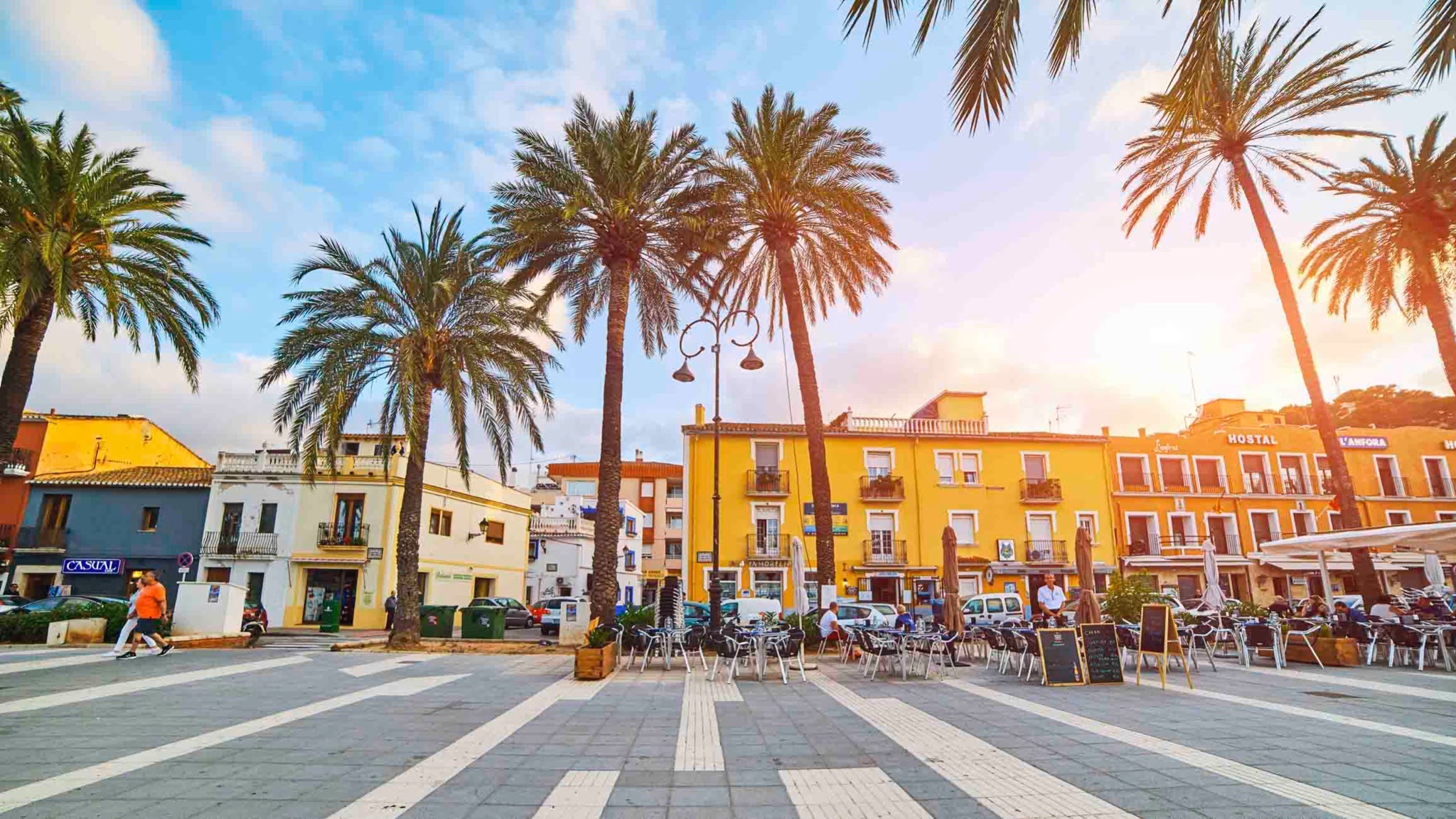 Hop on a Ferry to Ibiza

Denia is the closest Spanish town to the archipelago and is less than 100 km from Ibiza. For many tourists staying holiday rental in Denia, an ideal day trip is to hop on a boat to visit the stunning beaches of Ibiza, Mallorca or Formentera.

There are up to three trips a day to the islands during the high season, and the crossing to Ibiza takes between 2 and 5 hours (depending on the type of ferry). The cost of a return trip is around €60. 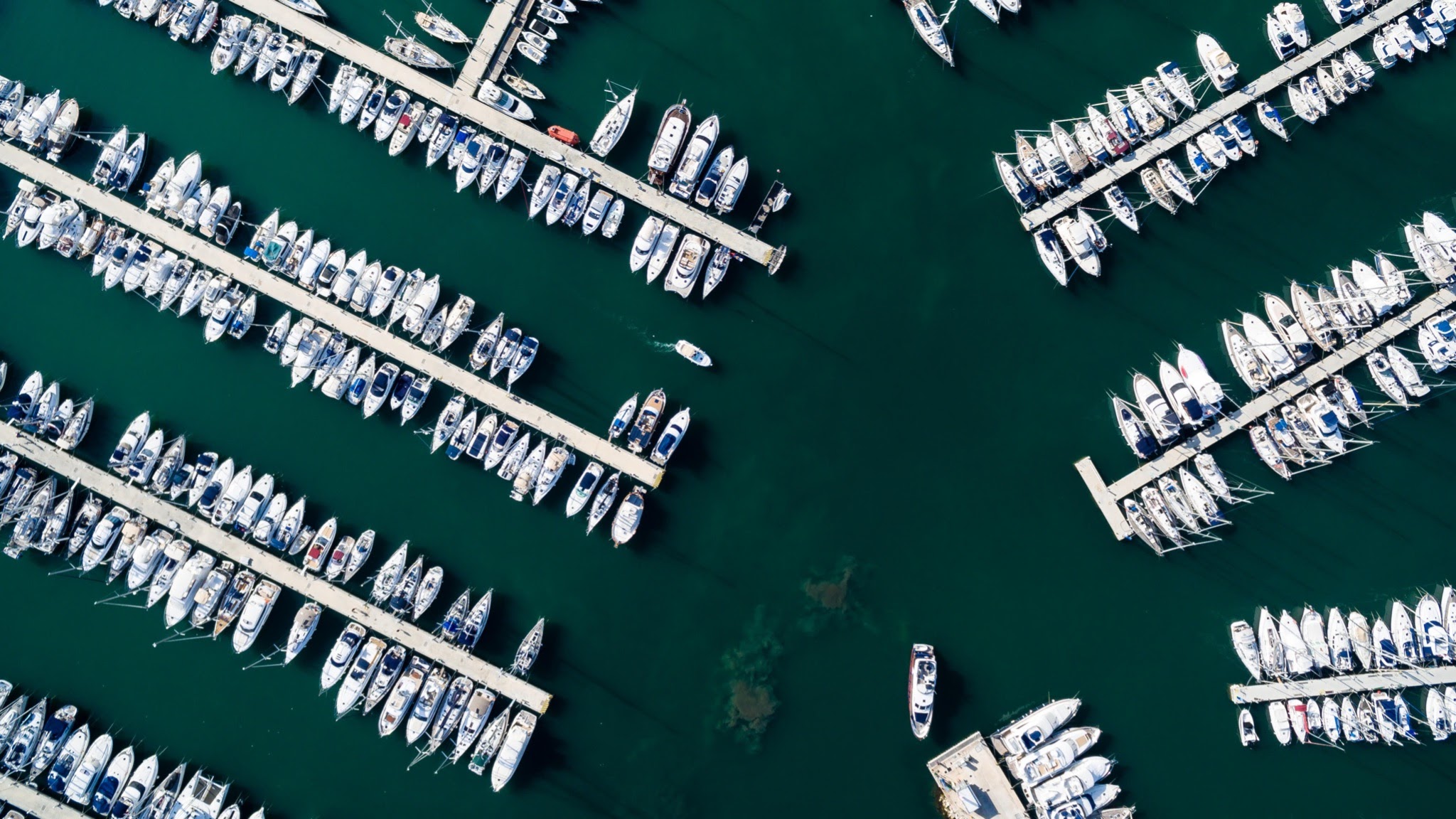 Take in the Sunset at Denia’s Port

The marina of Denia is not only the place where ferries leave for Ibiza, Formentera or Palma de Mallorca. It is a place where restaurants and bars, some of which even have a swimming pool, converge on both breakwaters. In short, a must-see in Denia if you’re travelling as a couple.

Denia’s port sets the most idyllic scene for a drink or to taste local delicacies, where there are terrace areas where you can watch the sunset by the sea. One our favourite places to kick back and have a drink is the Zensa bar.

The excellent beaches of Denia are divided into two main areas: Les Marines and Les Rotes. In Les Marines you will find more conventional sandy beaches, with all the services, perfect for enjoying the water and the sun of the Mediterranean Sea. Les Rotes, on the other hand, has the charm of being coves with rocks, ideal for snorkelling or scuba diving. 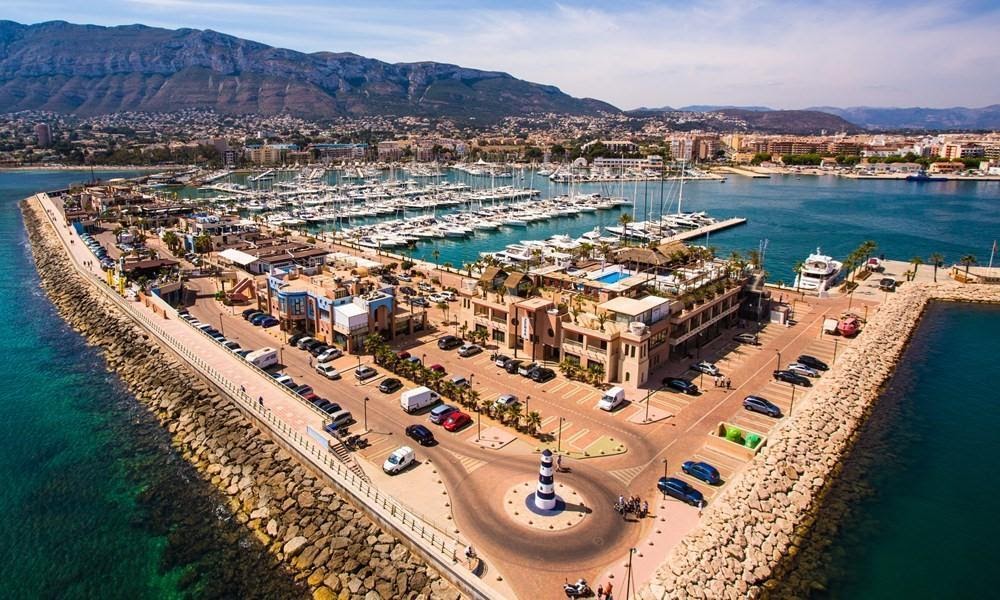 Explore the Natural Park of Montgo

The landscape of Denia is dominated by the Montgo, an 800-metre high mountain located a short distance from the coast. With its surroundings, it forms a Natural Park which is home to 650 different species of flora and rich fauna.

Denia and its surroundings are also a paradise for cycling enthusiasts. As well as exploring the coast along the pleasant beach promenade, you can venture inland along the Via Verde de Denia, a spectacular cycling route built on the old railway line linking Denia and Gandía.

If a simple walk isn’t enough, take advantage of the many adrenaline-filled activities available in the area: canyoning, climbing, caving, quad biking or 4×4 excursions , the possibilities are endless. Companies such as OK Aventuras and Tururac organise all kinds of adventure activities all year round. 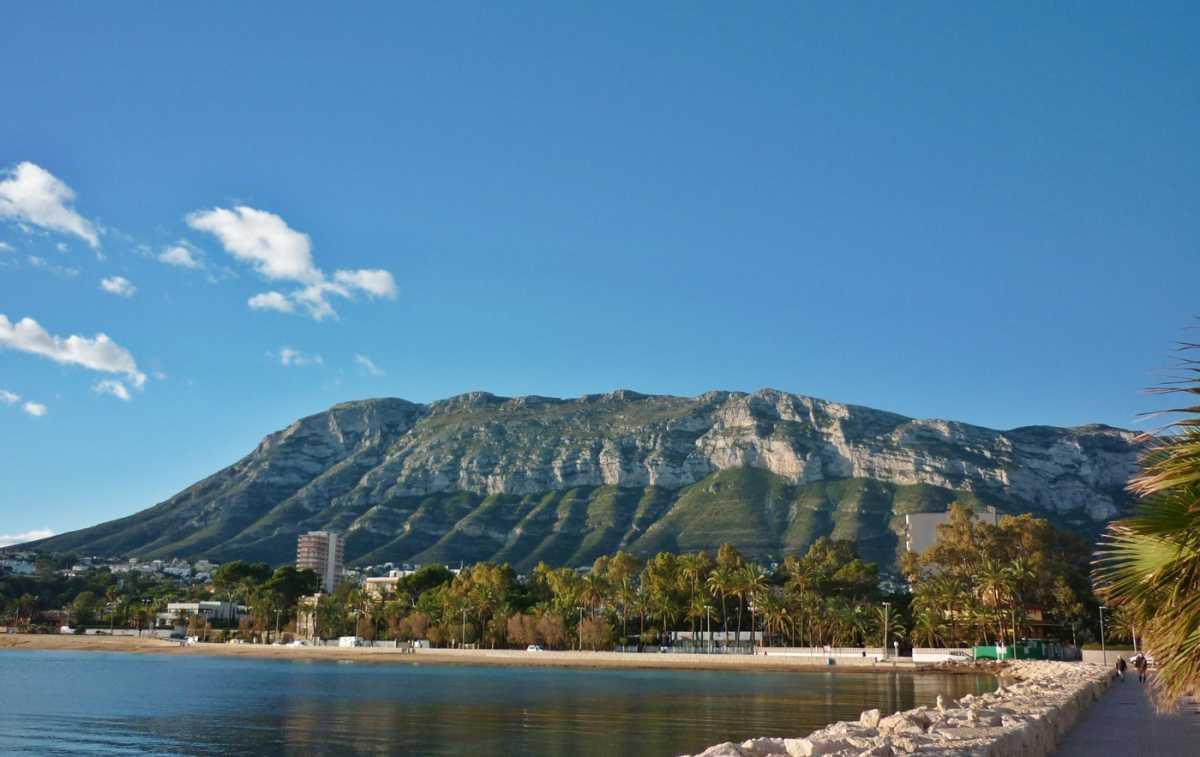 As you can see, there are so many places to see in Denia in one day, that it’s even worth spending the night and staying for a whole weekend.

Previous article5 Star Hotels at the Costa Blanca that Will Make You Never Want to Leave
Next articleMeet Quique Dacosta: Chef Extraordinaire in Denia and Valencia