With secluded beaches, whitewashed towns, and beautiful hiking trails, it’s no wonder why many refer to Menorca as Paradise Island. 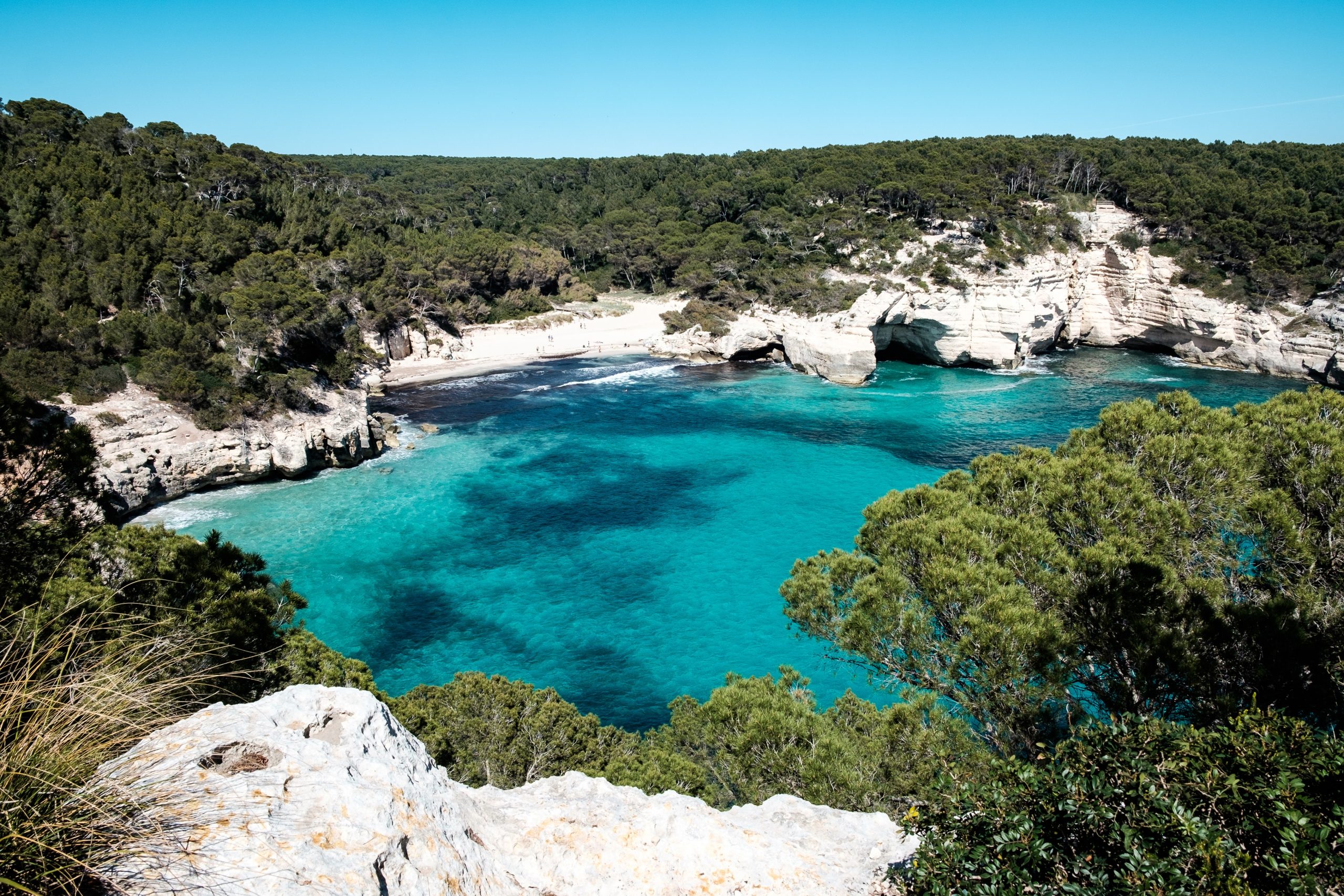 One of the Balearic Islands, Menorca is undoubtedly a Spanish national treasure of the Mediterranean. Rich in history and tradition, the island has become an extremely popular holiday destination in recent years for both mainland Spaniards and other tourists. The island is surrounded by an endless crystal blue sea with pristine beaches.

In the past, Menorca has shied itself away from hoards of tourists and was once considered the more “low-key” Balearic Island. However, Menorca has been growing immensely in popularity in recent years, as a less-developed alternative to Ibiza and Mallorca.

During the Franco dictatorship, it was denied funding and received little mass tourism development. In 1993, UNESCO named the island as a biosphere reserve, and so most of the Island has kept its unspoilt beauty. There are endless reasons why you should put Menorca on your bucket list, here are our top picks:

Did you know that Menorca has more beaches than Mallorca and Ibiza combined? With crystal clear water and fine white sand, Menorca’s beaches are reminiscent of the Caribbean. The island boasts an impressive 216km of coastline, meaning you’ll be able to spend days scouring its untouched calas (coves). The island is home to almost 200 calas with picturesque views.

We recommend you check out the Cala Mitjana, Cala-en-Porter, and Cala del Pilar. Plus, did you know that Menorca is the first place in Spain that sees the sunrise? Menorca is the most eastern territory in Spain, and so you’ll be able to enjoy a gorgeous light show of colours from the beach if you get up early enough. 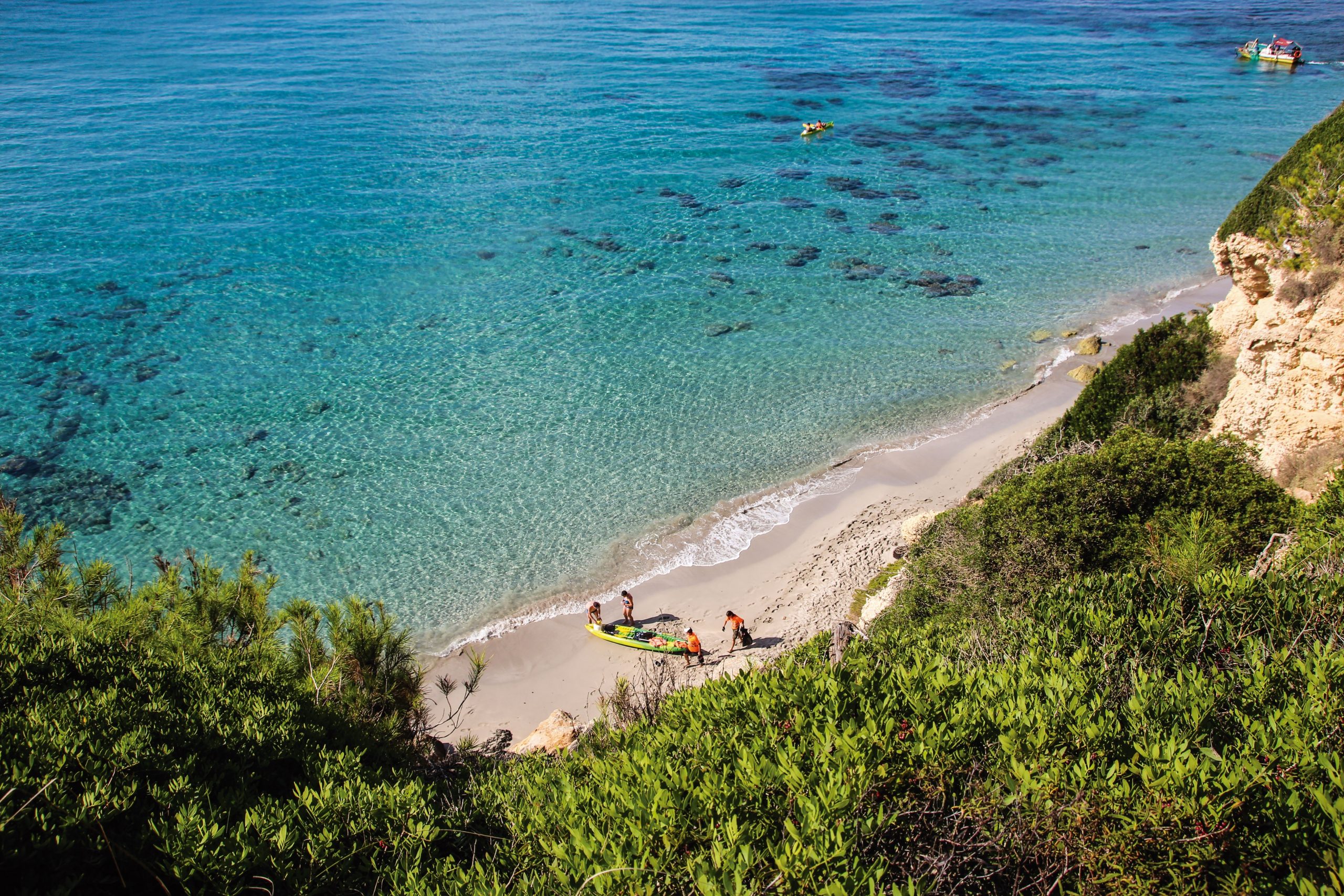 The City of Ciutadella

Know for its old quarter and medieval streets, Ciutadella is the port city on the west coast of the island. As Menorca’s original capital, it features a gorgeous Old Town, comprised of historical architecture, gorgeous boutiques, and bustling cafes.

The capital was changed to Mao in 1722, meaning that Ciutadella kept its original architecture. With old palaces and cobblestone streets, the city has an enchanting atmosphere. The main square is called Placa d’es Born, and has been rebuilt in the Renaissance style since its takeover from the Moors.

In the square, you’ll find various palaces to marvel at including the Palau de Torre Saura, the Palace of Salort and the Palace Vivo. 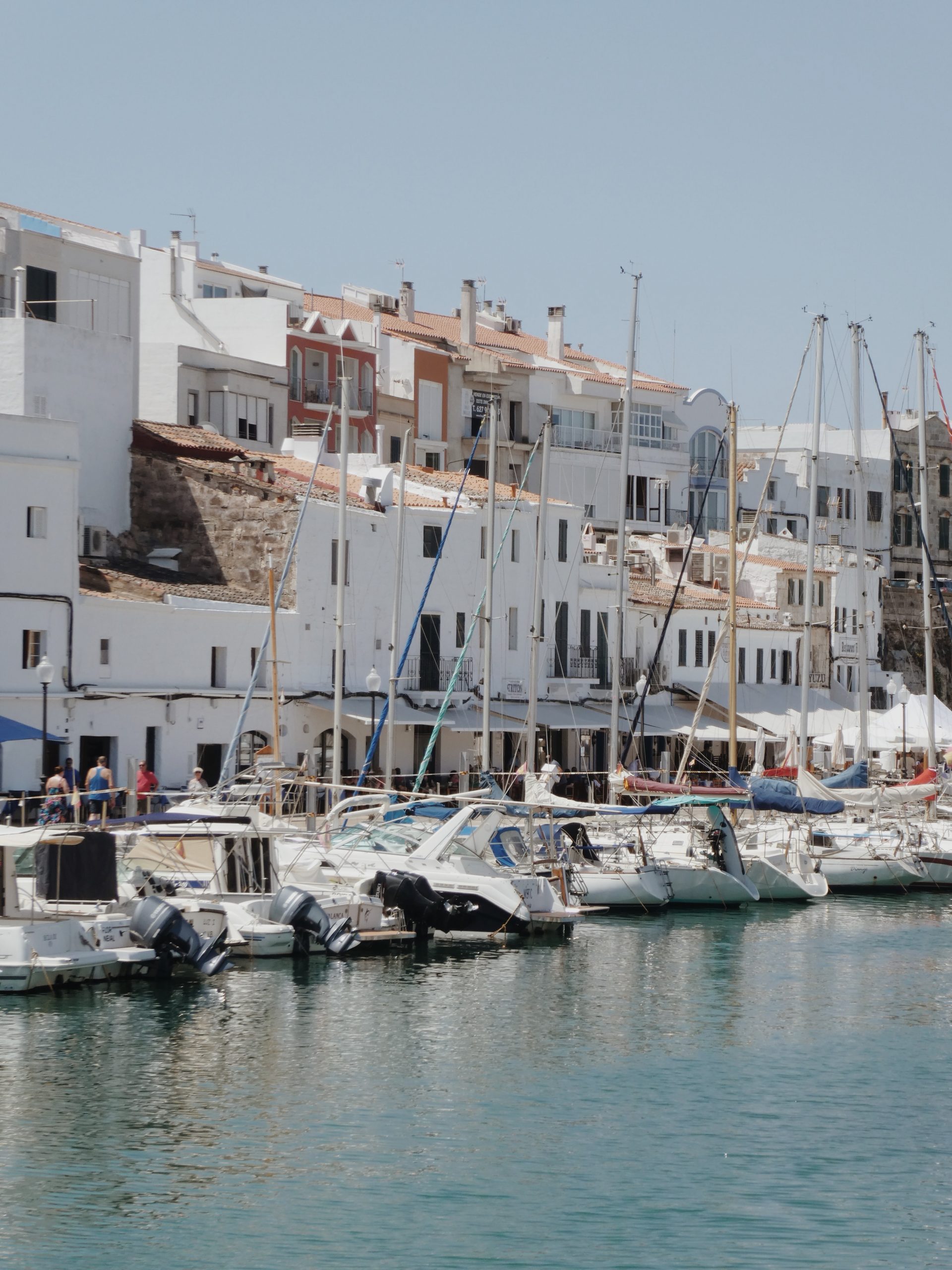 If you’re looking for a bit more of an action-packed holiday, Menorca is the spot for you. In recent years the island has grown into a hub for watersports along with the rise in tourism. Fornells is probably the best sport for sailing, kite surfing, and windsurfing for its strong, prevailing winds.

You can also head to Binibeca’s stunning calas to explore underwater shipwrecks while scuba diving. Menorca’s many untouched calas are ideal for calmer activities such as paddle boarding and snorkelling. 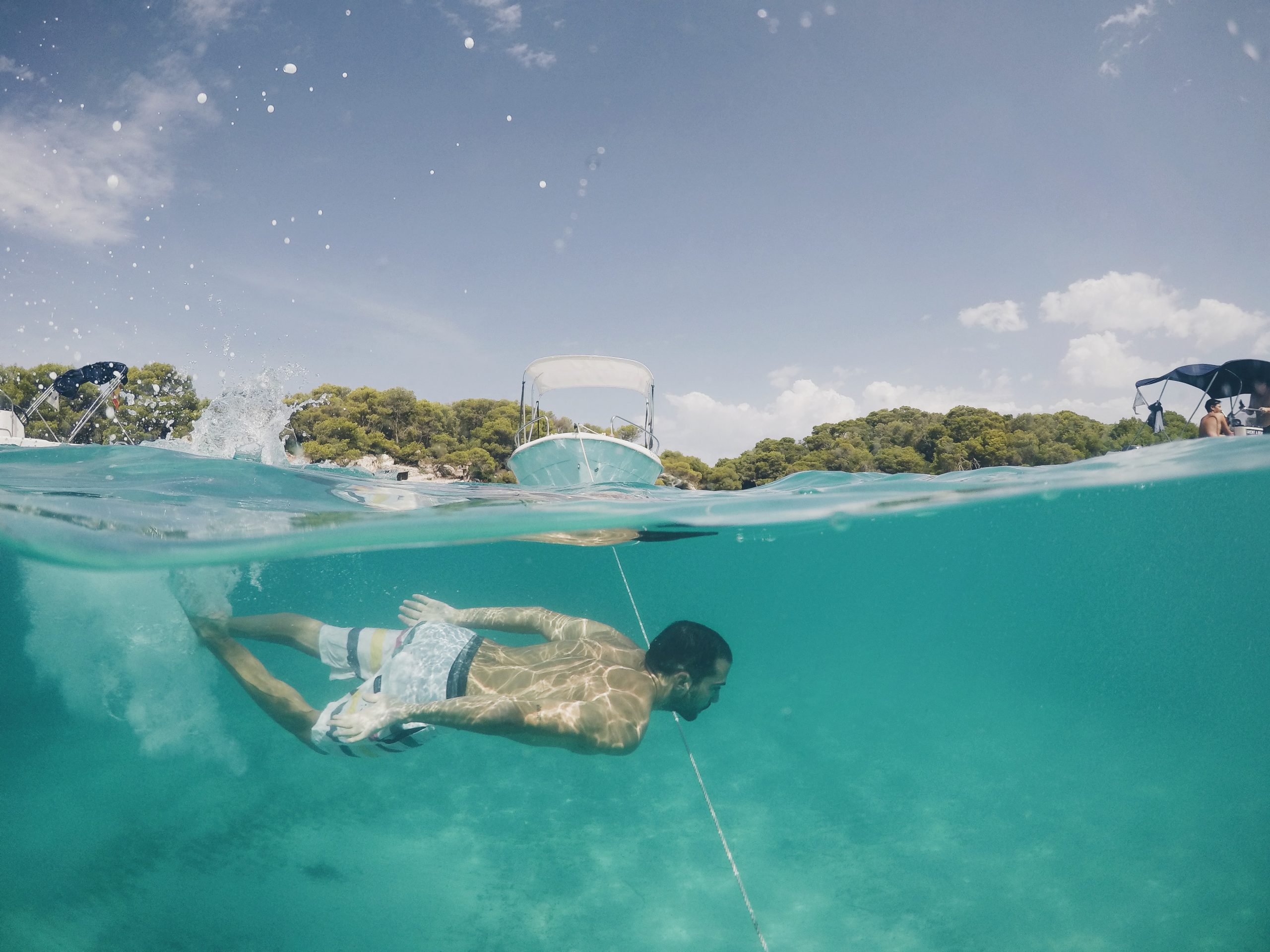 A particular delicacy is Menorcan cheese that’s been made by the locals for thousands of years. It’s most popular is the cow’s milk cheese of Mahón, sold at various ages as it gets darker and saltier the longer it matures. Its distinctive taste is due to the salty breeze that blows over the meadows where the cows graze.

We also recommend that you try the island’s sobresada, this is a pork sausage spread eaten on crusty bread and is absolutely to die for.

After all that delicious food, you can burn it off by heading one of Menorca’s breathtaking hiking trails. With 149 hiking trails to choose from, there’s plenty to discover in Menorca.

For those up to a challenge, the prominent Cami de Cavalls is a hike that takes 6-10 days, if you go the entire route. This beautiful trail will take you on a tour of the islands entire coastline. If that doesn’t tickle your fancy, the trail is also split into 20 sections for those seeking something more leisurely. This hike is also a great way to find the more hidden beaches, too. 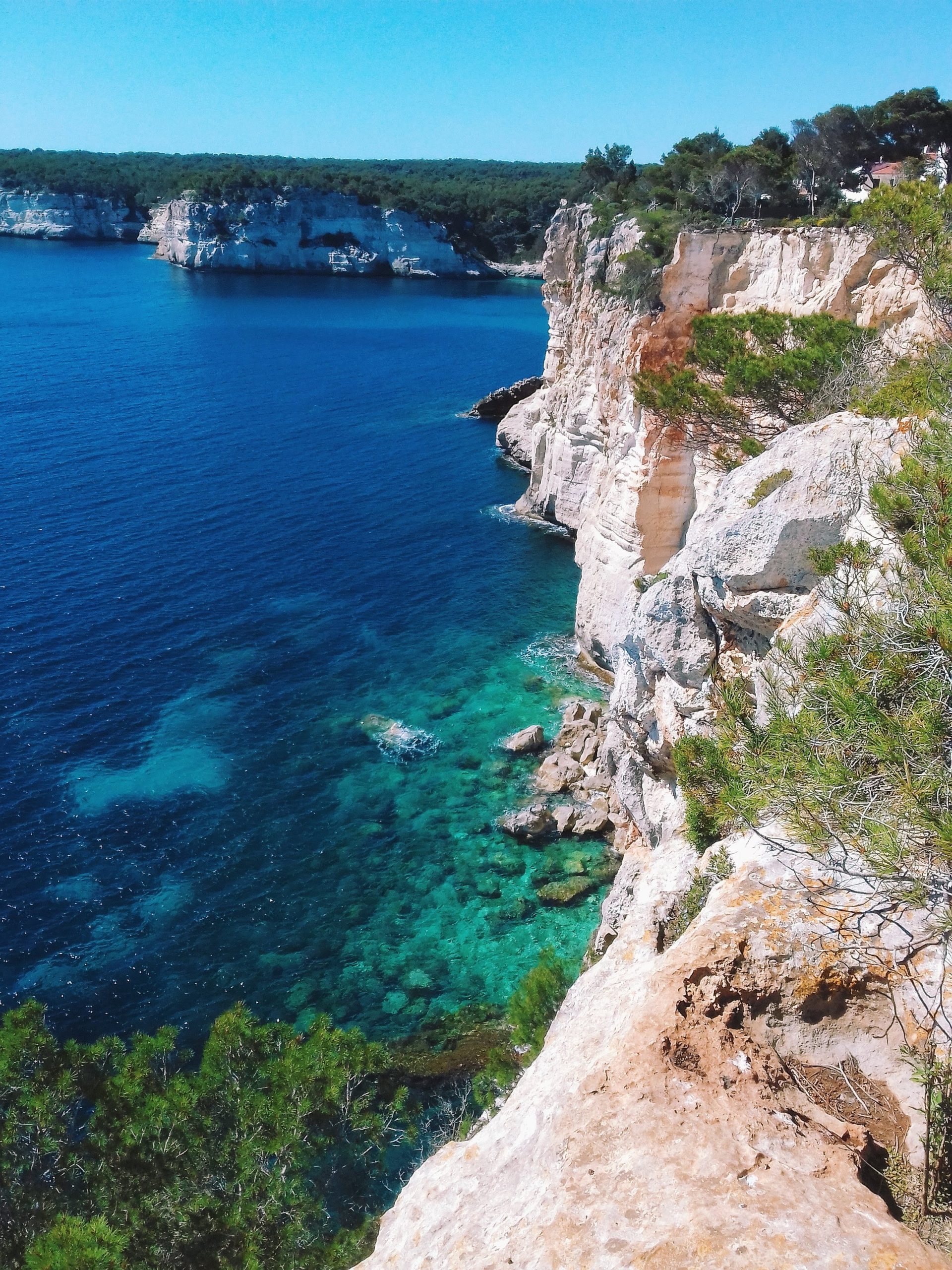 Previous articleZara, Desigual and Mango: The Spanish Fashion Names that Are Most Popular in Europe
Next articleCosta Blanca Vs Costa Del Sol – How These Stunning Coastlines Compare