What to See and Do in San Pedro de Alcantara: The Hidden Gem of the Costa del Sol

A town full of Marbella charm, this coastal town in the province of Malaga is a hidden gem that you need to discover for yourself. 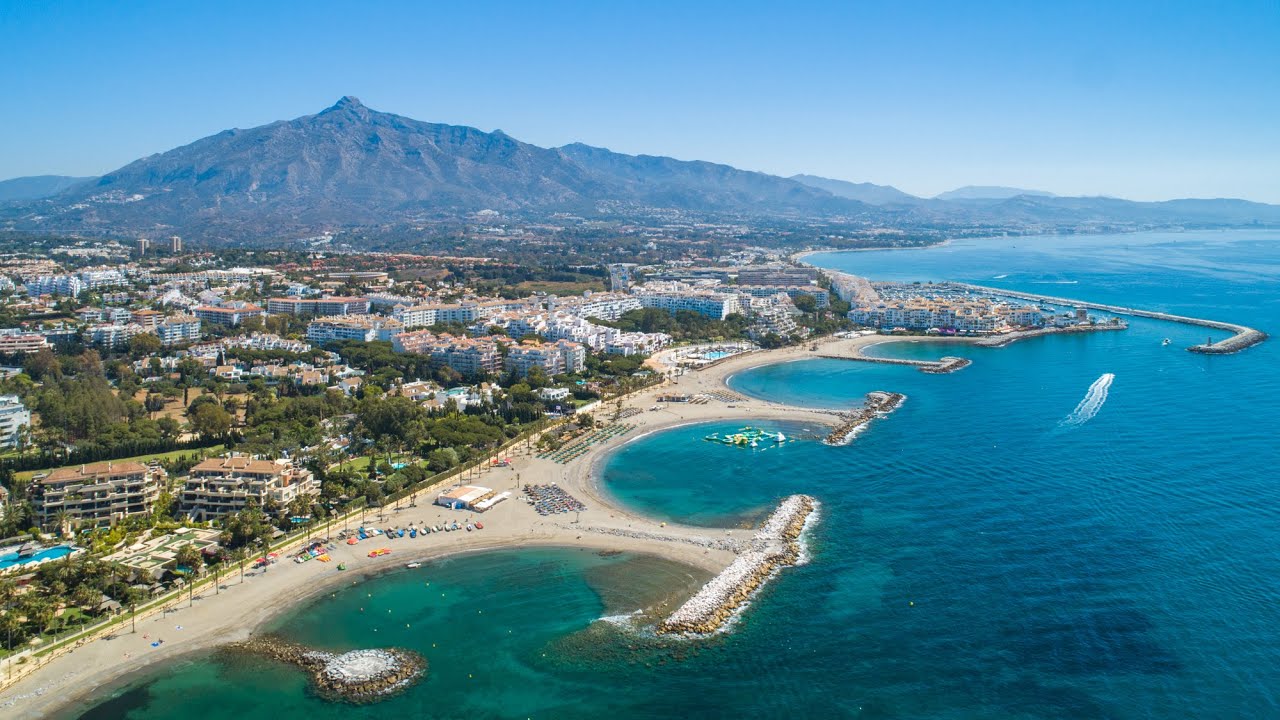 Marbella is known throughout the world as one of the most luxurious cities in our country. A town where the rich and famous from all over the world tend to stay and where Puerto Banús is the jewel in a crown that does not seem to wear out with the passing of time.

However today, we are not here to tell you about the qualities and eccentricities of Marbella but about a small town some 15 kilometres away that is known as San Pedro Alcántara, the hidden gem of Marbella.

San Pedro de Alcántara can be defined as a small urban nucleus belonging to the well-known city of Malaga that has nothing to do with the way of life of the same. It could be described as an austere destination far removed from eccentricities, where gastronomy and blue flag beaches are the most outstanding features.

Undoubtedly, it’s a different place that has become one of the most important tourist attractions in Andalusia last summer. A destination with a cultural heritage that we are going to tell you about its most outstanding features. 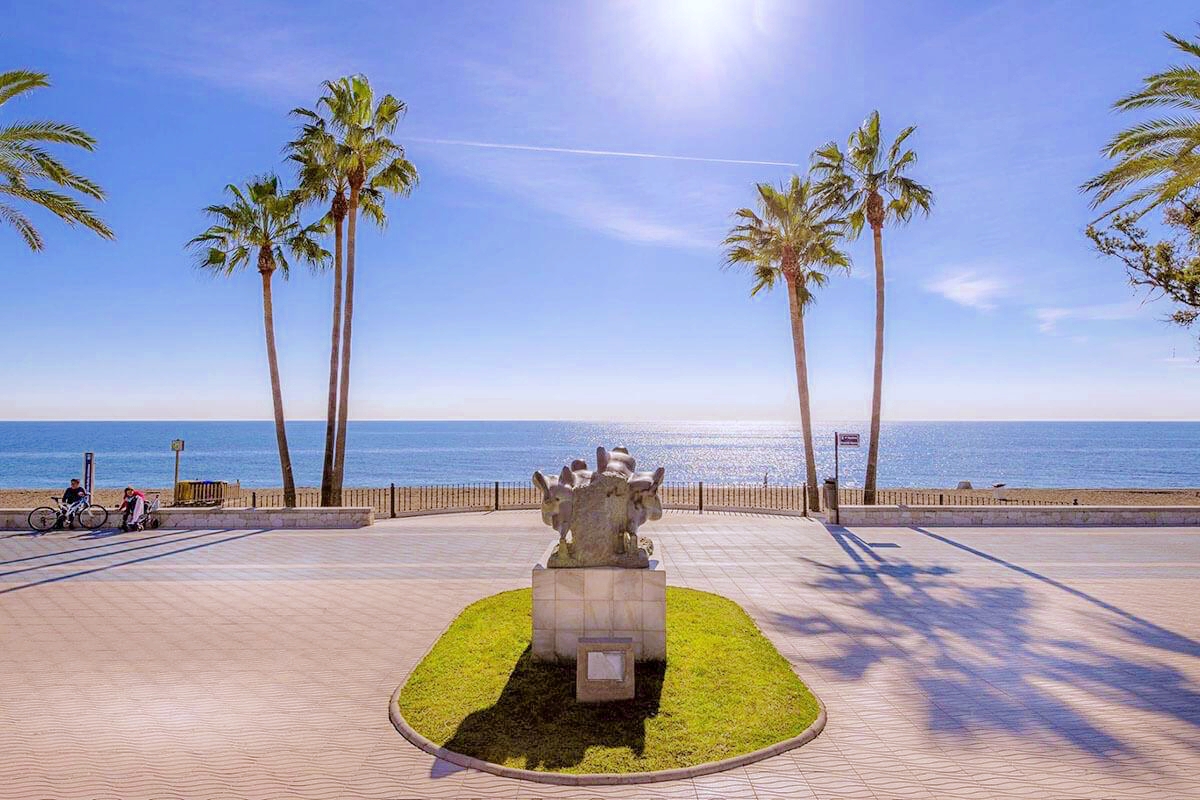 Beach view from the promenade

What to Do in San Pedro de Alcantara

Besides the Mediterranean Sea, San Pedro de Alcántara is also surrounded by an arc of hills and elevated areas. There is the Sierra Blanca in the east; Sierra del Real and Sierra de las Nievas in the north; and Monte Mayor and Sierra Bermeja in the west.

For beach lovers and sun worshippers, you will be happy to know that the beaches of San Pedro de Alcántara are not only fantastic, but they are also not as densely populated as the other beaches in the region.

There are plenty of hotels, restaurants, bars and pubs, shops and even shopping centres, so you’ll be spoilt for choice when it comes to staying, eating, drinking, and shopping.

Want to try local produce such as fresh fruit, meat and vegetables? There’s a market day held every Thursday. This is the time of the week when you can buy such products at heavily discounted prices.

If you want to come to San Pedro de Alcántara by sea, then the options are Malaga or Cadiz. There is also a nearby marina in Marbella. If you are flying, then the nearest airport would be Malaga. There are also a lot of buses, which will connect you to towns and major cities in the country, so basically transport to our place will not be a hassle. 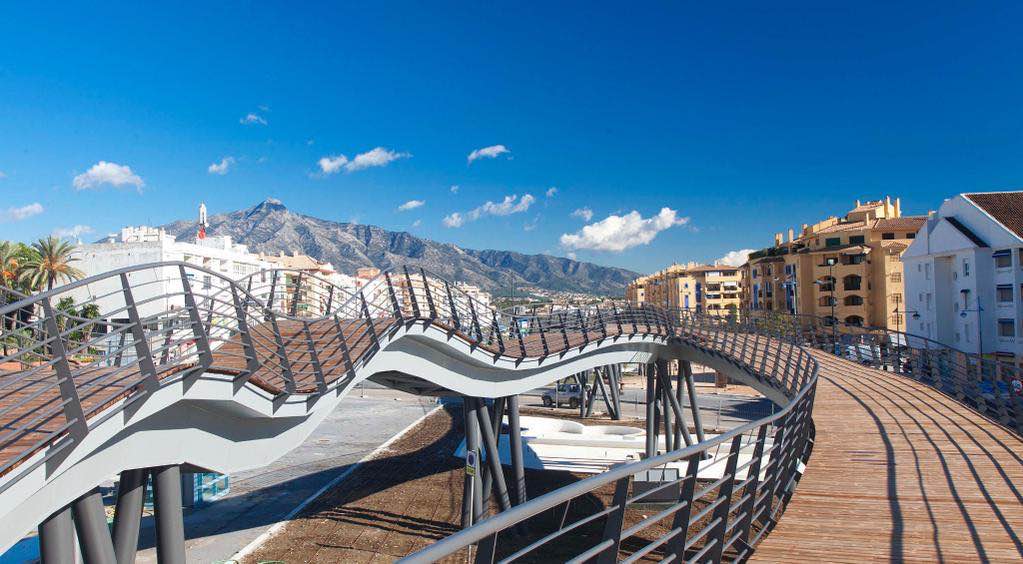 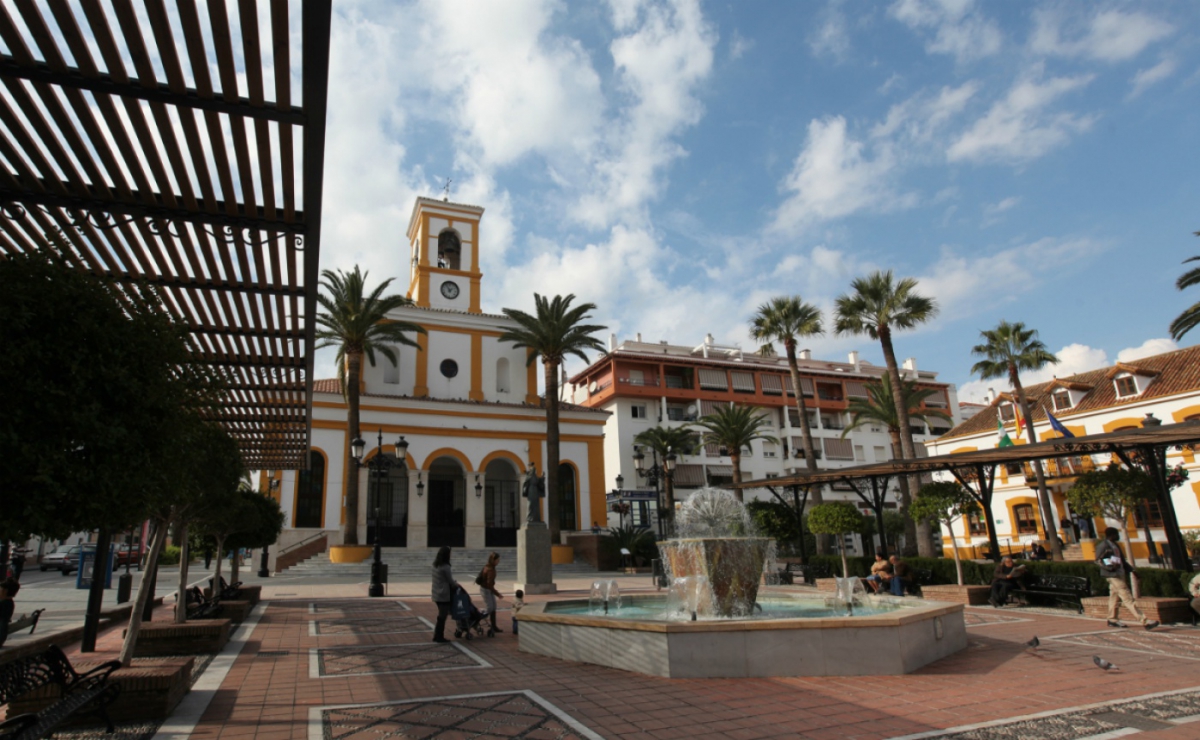 A Town Oozing with Southern Charm

Although it is actually part of the city of Marbella, San Pedro de Alcántara can be defined as a village in its own right. A destination far from the luxuries where tranquillity is the true guide of its people. It is a friendly town with that characteristic Malaga grace that makes it much easier to deal with tourists.

It should be noted that one of the biggest attractions for visitors is the impressive microclimate that has made famous a region of Marbella where you can enjoy the summer to the full, pretty much all year round.

San Pedro Alcantara is the perfect place to get rest and escape the hustle and bustle of everyday life. This is how this small town in Malaga can be defined, where the seafront promenade is one of the main attractions.

Why not take a route through Sothern Spain where you can lose yourself in its cobbled streets and the intrinsic beauty of the Andalusian villages, and this town is well worth a pit stop, we promise.

The typical white buildings of simple structure and those traditional squares where you can meet the elderly at the door show the true essence of an austere town. 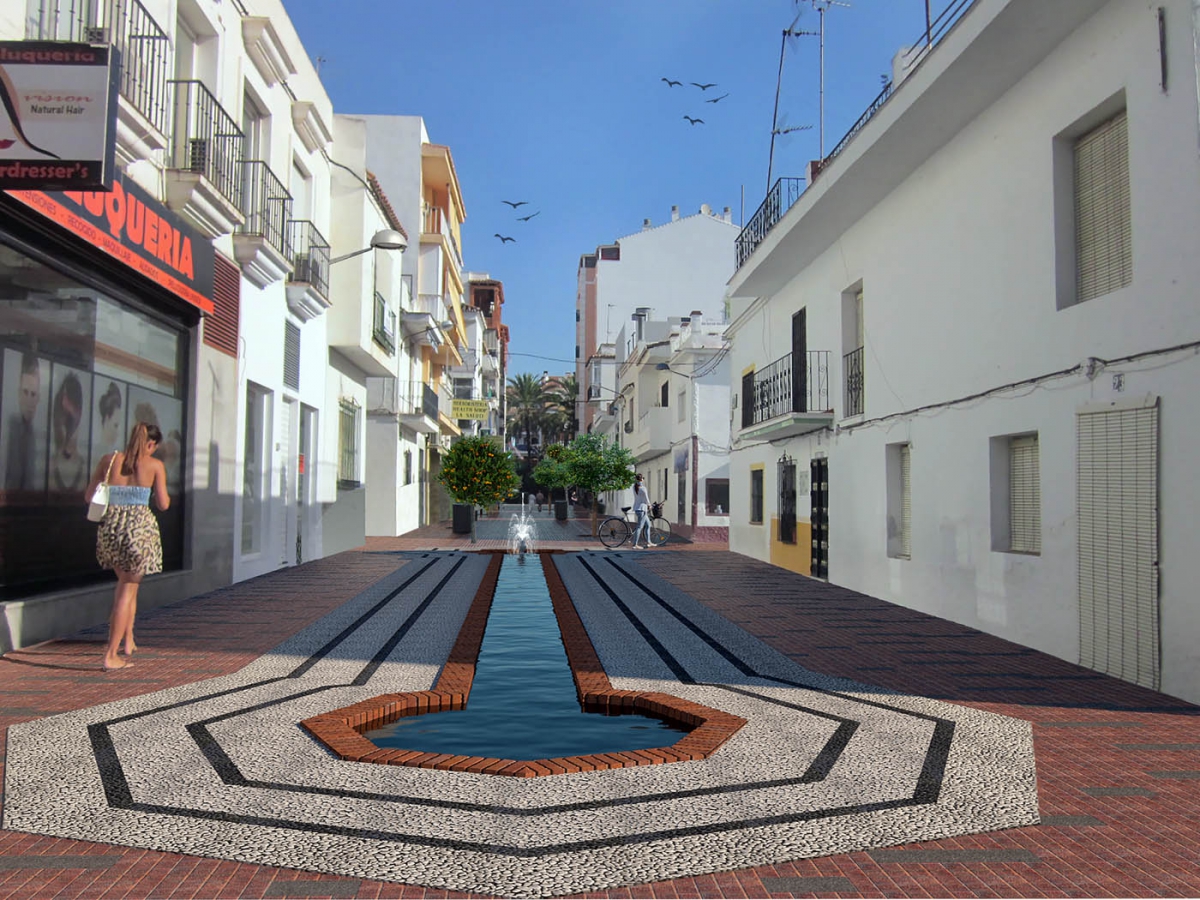 You may therefore wish to take the opportunity to spend a good part of your time here visiting ancient monuments and experiencing the town’s traditions:

If you have visited other coastal towns in Malaga, particularly those with popular and densely populated beaches, you may have noticed that there are only a few monuments left standing. Here, you will still be able to visit many of them.

Witnessing the bullfights of ancient Iberia

Another interesting activity to see here is a bullfight. The bullfights held in San Pedro de Alcántara have retained much of their ancient Iberian practices. These are typically held during the summer fair “feria”, a celebration in October that lasts four days.

During the bullfight, the debutantes wear attractive pink blouses. In the event that a bullfighter defeats a bull quickly, these young women throw handkerchiefs into the ring and one of them is picked up by the victorious bullfighter later on. After the main event, we recommend staying in town to witness the bonfire that takes place here at the end of the day. 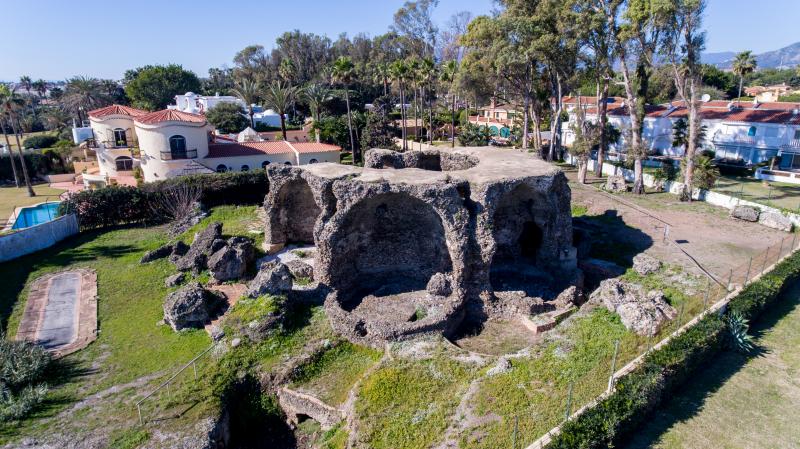 Ruins of the ancient Roman baths

Being a town so close to the sea, you can imagine what the main dish of its gastronomy will be. Yes, the traditional “pescaito”. Tons of fresh fish arrives every day from the depths of the sea to delight tourists and locals alike.

The town centre is an idyllic place to go out for tapas, where you can breathe in the summer atmosphere so typical of the big coastal cities and where people flood the most popular bars.

A plate of traditional Iberian ham on the terrace overlooking the sea or some good sardines on the sand of the beach are some of the earthly pleasures you can enjoy in San Pedro de  Alcántara. 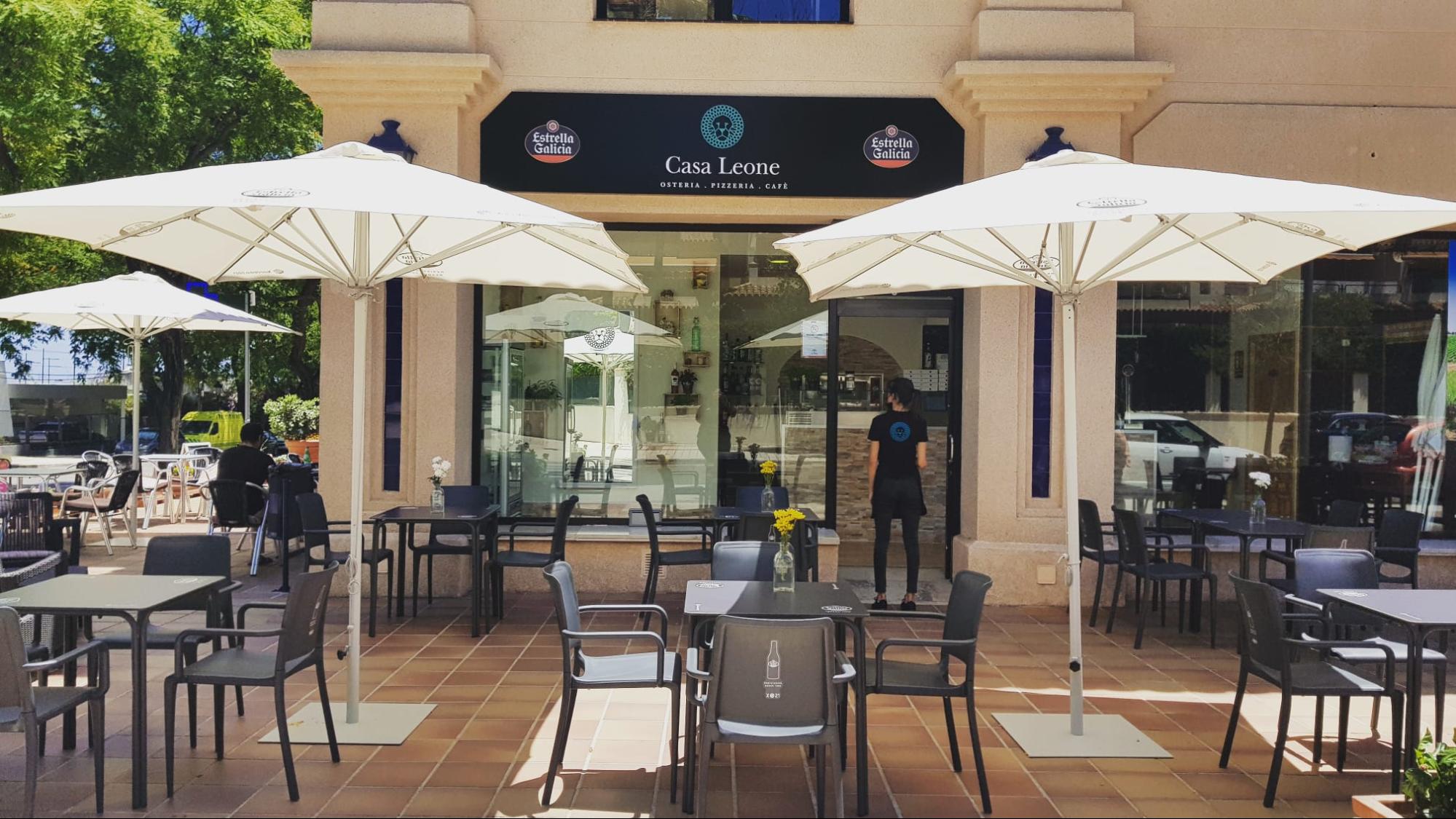 Being situated close to places with a very high visitor population, namely Puerto Banús and Marbella, the vicinity around San Pedro de Alcántara is understandably full of hotels, flats, holiday villas and B&Bs. Here are some of those we can recommend.

Benabola Hotel and Apartments: located in the elegant marina of Puerto Banús, this luxurious establishment has rooms with terraces offering fantastic views of the whitewashed buildings in the nearby coastal town, the deep blue Mediterranean Sea, super-expensive cars and the impressive array of luxury. Yachts can also be moored just metres away.

Hotel Guadalmina: This spa and golf resort is conveniently located in Urbanización Guadalmina Baja, along the beach. The resort is home to three restaurants, Cocoa, Taray and Acqua, which offer delicious Mediterranean dishes as well as fantastic views of the Mediterranean Sea. Health enthusiasts will love its facilities such as the Thermal Circuit, the Wellness Centre, the Gym and others.

Barcelo Marbella: Are you bored of looking at beach fronts all day and want to relax a little further inland, or maybe you prefer the natural scenery and the comforts of a golf course? Then this swanky establishment might suit your tastes. Located right next to the exclusive Guadalmina golf course and with large function rooms and first-class amenities, Barceló is one of the hotels in San Pedro de Alcántara frequented by high-level executives. 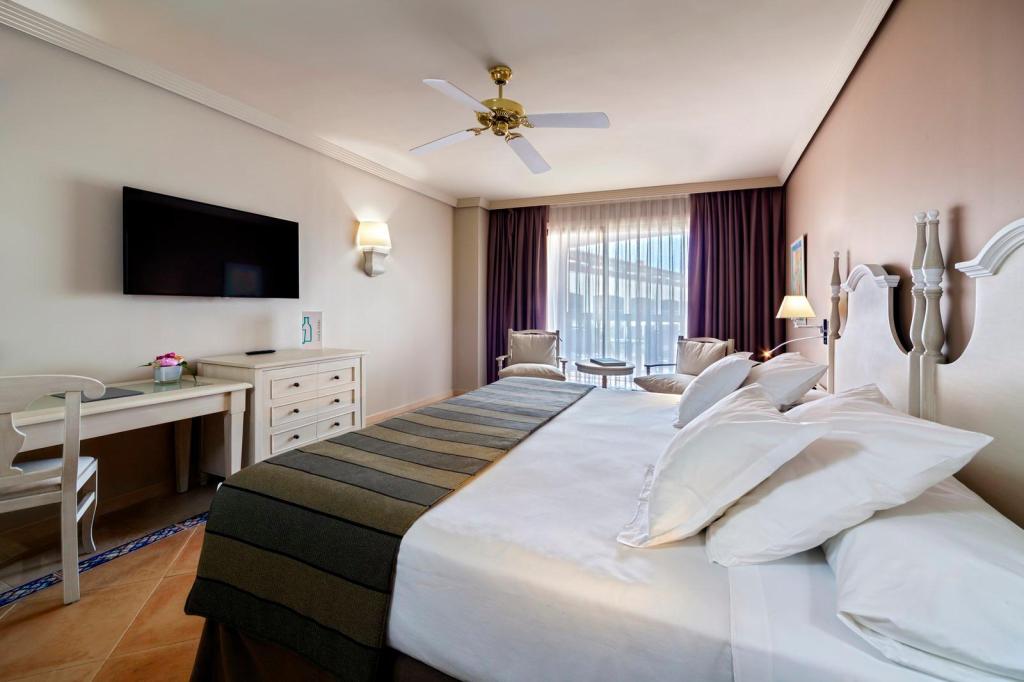