What can you do if you find a litter of kittens?

It is really sad, but it is also very common for people to abandon their pets. This problem is especially aggravated in summer. But what can we do when we find a litter of abandoned kittens? This is the story of what Conrado Grandville, the founder of Natural-Extra, did.

What can you do if you find a litter of kittens? A few weeks ago, Conrado was working in LaraVital’s office when he heard the characteristic meowing of kittens. His love for animals led him to investigate and he discovered a mother cat with six kittens in a close warehouse in the industrial estate where his company is located. Although they were with their mother, Conrado was clear that the first thing he had to do was feed them, since the mother could not breastfeed the six kittens. So he took two of them and fed them with special milk for kittens in a feeding bottle, which the mother accepted. From the first moment, Conrado tried to establish a relationship of respect with the mother and little by little he gained her trust. 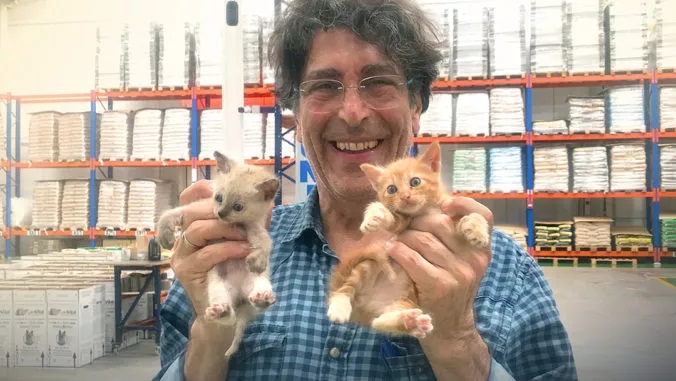 To the rescue of the rest of the family

The following week Conrado decided to pick up the mother and the other four kittens before they got bigger and harder to socialize, because they were wild cats. It was a difficult task. The first thing he had to do was call the police to let them know that he was going to jump the wall of an industrial building to rescue some kittens. The police gladly gave him free way to fulfil his mission.

Conrado’s plan was to jump the wall and place a trap cage with food to attract the rest of the family. In just 20 minutes the mother cat was already inside, to Conrado’s emotion and joy. Three of the kittens were easily caught, but the last was missing. He began looking for him worried until he heard faint meowing in the rubble and abandoned garbage. Finally, he had the whole feline family! Conrado took the cats to the LaraVital industrial building and put them in a large cage that he keeps for these cases. He properly conditioned the space and reunited the whole family. The next day he requested that a veterinarian check them. 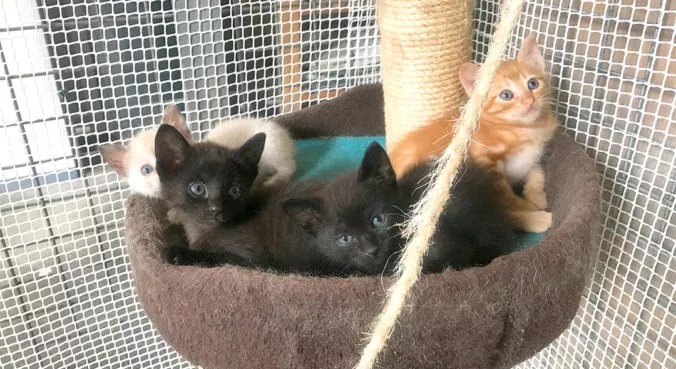 Conrado proved that acting with love for animals has a great prize. At first the mother cat was aggressive with all people and hissed continuously. But after a few days he could caress her when she entered the cage to feed her. Now the mom cat meets him and rubs her head against his legs, looking for pampering, attention and food.

All the people who are dedicated to rescue cats from the street know that it is essential to sterilize them. Therefore, Conrado plans to sterilize the mother as soon as she stops breastfeeding her kittens and they eat alone. In addition, this cat used to constantly have litters of kittens that disappeared, probably because of predators such as eaglets in the area of LaraVital offices.

Also, once the kittens have grown a little, Conrado will look for a home for them. He will be sad, but he has rescued so many cats from the street that both in his industrial warehouse and in his office there are cats everywhere, even walking around the desks. But some of his collaborators are allergic to cat hair and have to be careful and respect them. If you want to host one of these kittens, get in touch with LaraVital, they are looking for a home! You can read the complete story in Conrado’s blog. 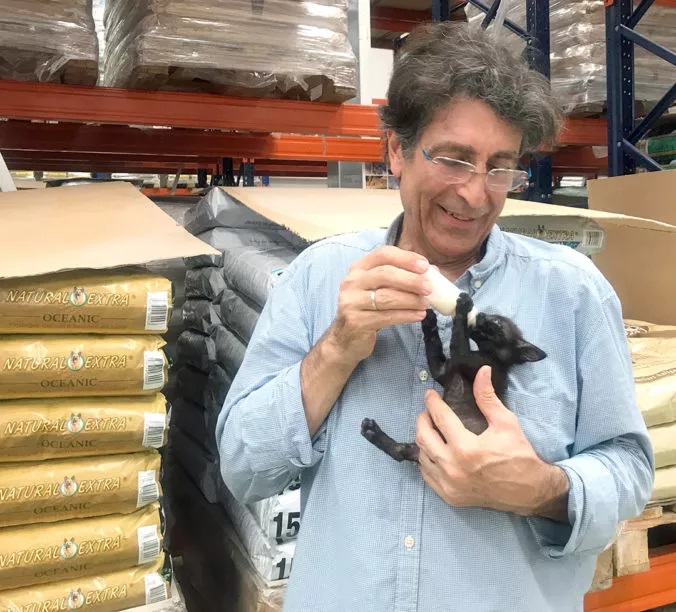 For Conrado the conclusion of this little adventure is clear: the rescue of this family of cats made him really happy. The privilege of saving lives among the rubble brought him a spiritual wealth beyond materialism or consumerism that all animal lovers know well. If you encounter an abandoned cat or a litter of kittens that need help, do not hesitate and follow the example of Conrado. And if you don’t have the means to do it, notify an animal protection association or the authorities in the area. There is always something that can be done. They will thank you.

Take care of your cat or dog with LaraVital’s natural products and cosmetics for pets. If you want to know about how to take care of your pet’s health or the exclusive products that LaraVital offers you, you can contact their friendly staff. They will be happy to assist you!