Vicente Gracia, Valencia: The joy of jewellery in a never-ending story

Vicente Gracia was born into jewellery, in Valencia, in 1961. His father Francisco – Paco to those close to him – restored the heirlooms of the Valencian aristocracy, and all Vicente ever wanted to do was express himself through design. This he has achieved admirably, having won several design awards, including the prestigious Spanish National art award in 2014.

Today,  Vicente  Gracia jewellery is known the world over for its beauty, style and soul. Those who know about these things call Vicente and his team ‘The Storytellers,’ because each original piece is a cumulation of cultures, ideas and stories, brought together in a beautiful representation of the cycle of life, with a modern touch that makes it timeless for whoever demonstrates the good taste and privilege to wear it with love. And some very famous people have worn  Vicente Gracia pieces over the years, including Michael Jackson, Daniel Craig, Queen Letizia of Spain, and Barbie. 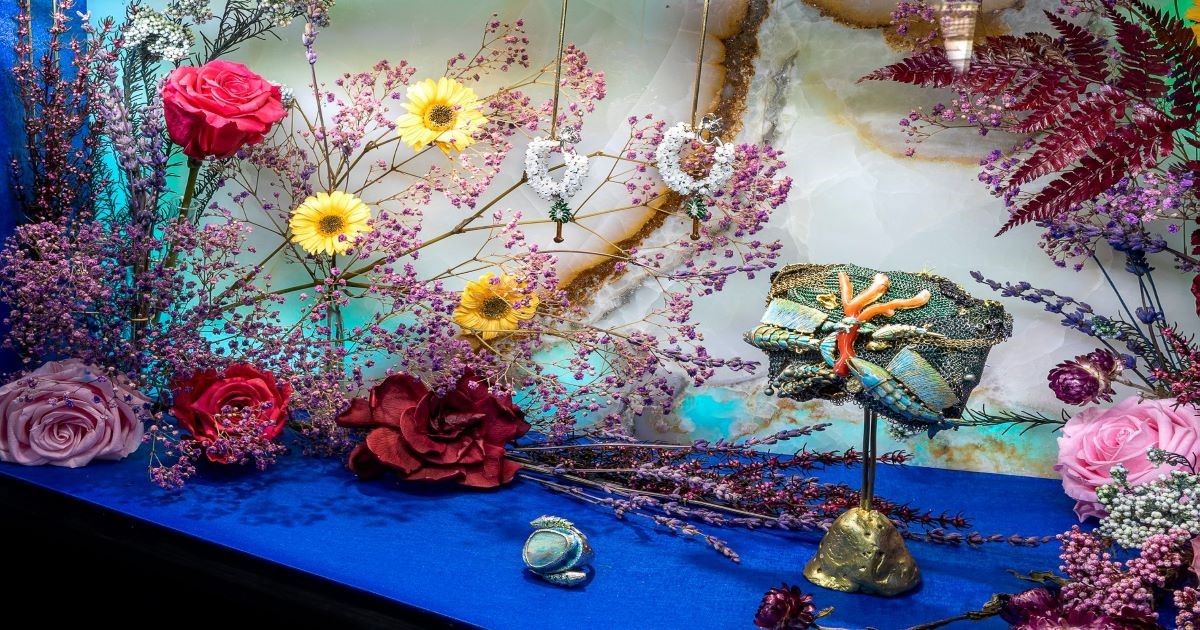 Yes, you read that right!  Vicente Gracia designed earrings and bracelets to commemorate the 35 year anniversary of Mattel’s iconic Barbie Doll. The interesting thing about Vicente Garcia as a designer, though, is that he sees every client as simply a person who wants to wear his jewellery, and who cares enough to collaborate in the design. He says:

The word for ‘jewel’ in the Spanish and Valenciano dialect also means ‘joy, delight.’ People who wear my jewellery wear it with enthusiasm, not as some symbol of social significance. To wear jewellery is to live life to the full, and appreciate the beauty and culture around us, and this is what we achieve for our clients, whoever they are, wherever they come from.

The Spanish language so often gets it just right, and in the words associated with jewellery, it excels itself. Joya, joyero, joyeria – jewel, jeweller, jewellery, all speak the language of joy, and nowhere is it more evident than in the creations of Vicente Gracia and his team of craftsmen. 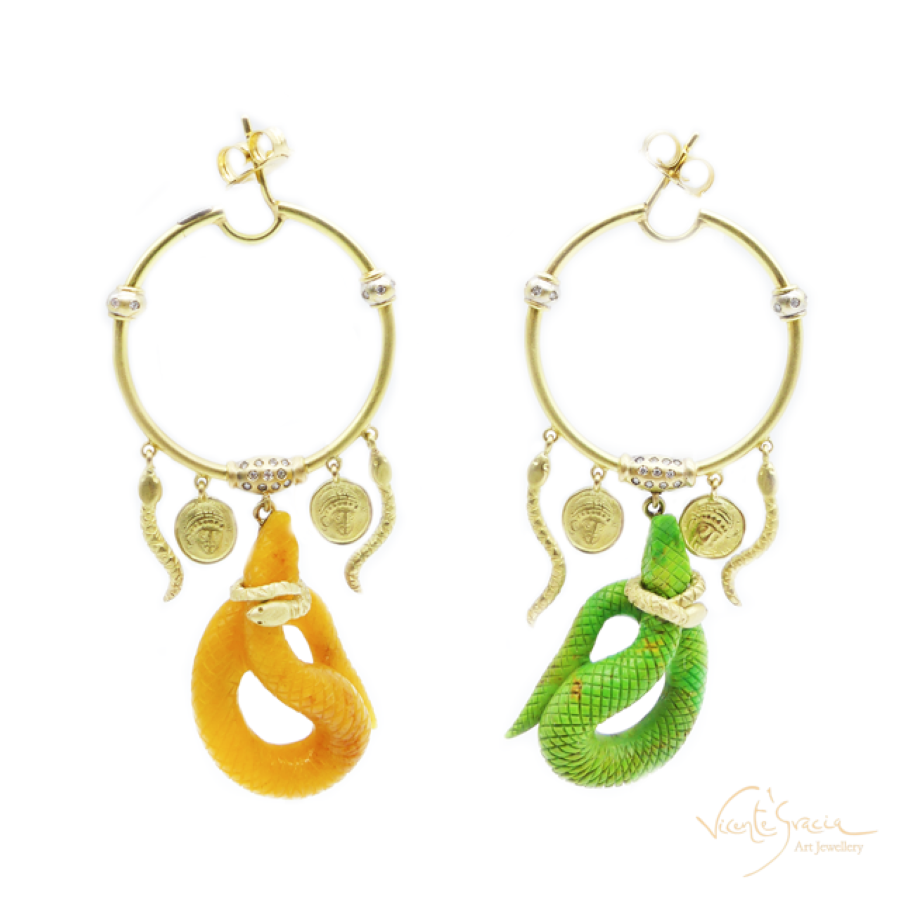 The jeweller from Valencia recognises that it’s the ideal base for creating the pieces for which he is justifiably famous. Since ancient times, Valencia has been a melting pot of cultures representing both sides of the beautiful Mediterranean Sea that serves not only to divide, but also to unite, and exchange ideas which manifest themselves in various forms. Ceramics, buildings, language, clothing and of course, jewellery, all serve to connect the ancient with the modern, tell stories, keep secrets and generally celebrate the joy of living that is endemic in all cultures bordering the Mediterranean.

Vicente Gracia’s work has been described as a blend of Spanish duende and Arabian Nights, and he expands on this theme when talking about his first visit to Rajastan, India:

I noticed that the beautiful earrings I saw in Rajastan were very reminiscent of the traditional earrings worn by Valenciana ladies at fiesta time. I wanted to create something that would be a two way journey of creation, where I could add an oriental touch to traditional Spanish style, and bring Spanish influence to the East, thereby creating something universal to celebrate life in all its beauty, and tell a story that can travel the world, and be understood everywhere. 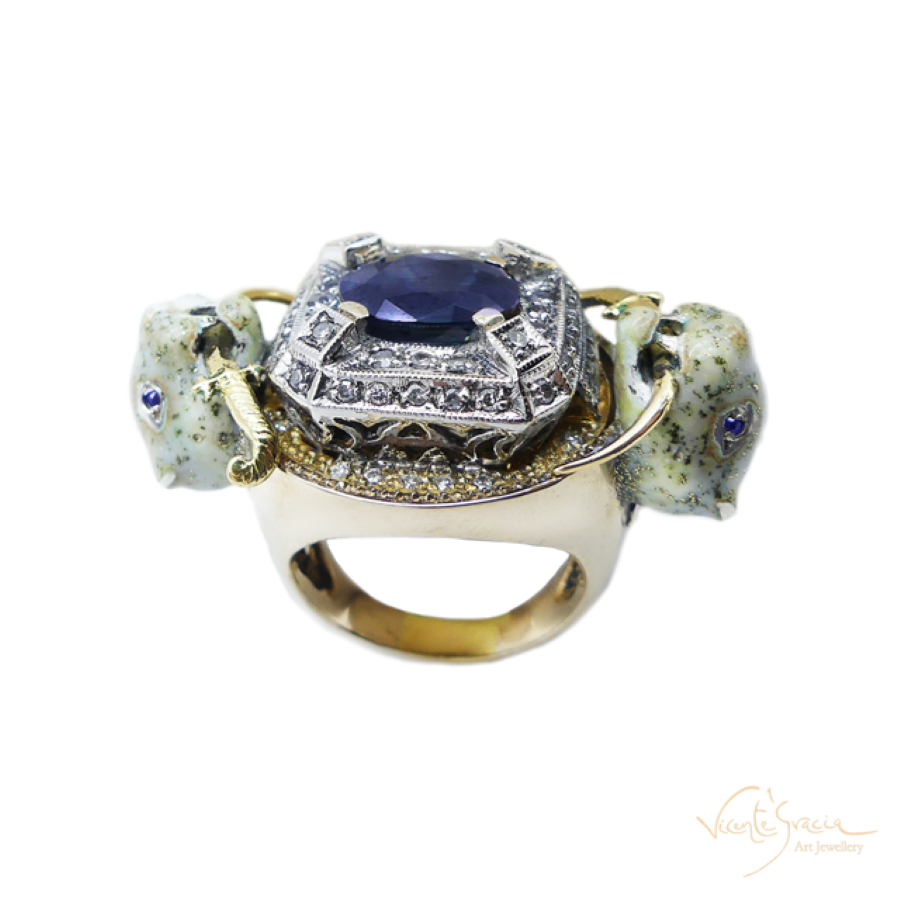 Vicente Gracia has certainly achieved that, and much more, since taking over the running of Vicente  Gracia Joya’s iconic headquarters on Carrer de la Pau, close to the Cathedral, in 1992. Fittingly, the building was inspired by the Alhambra Palace, Granada, and from there, the never-ending story of culture and creation looks set to continue for many years to come. To purchase a Gracia piece is to enter the universe of beauty the family has created, because each piece is totally unique, just like the person who wears it with enthusiasm.

Spain Life Exclusive is proud to work with Vicente Gracia Joya, and to bring you regular news and information about the creators behind the magic. Why not contact them, and be part of the Universe of Beauty that is Gracia Joya? Or check out their online store and prepare to be amazed! 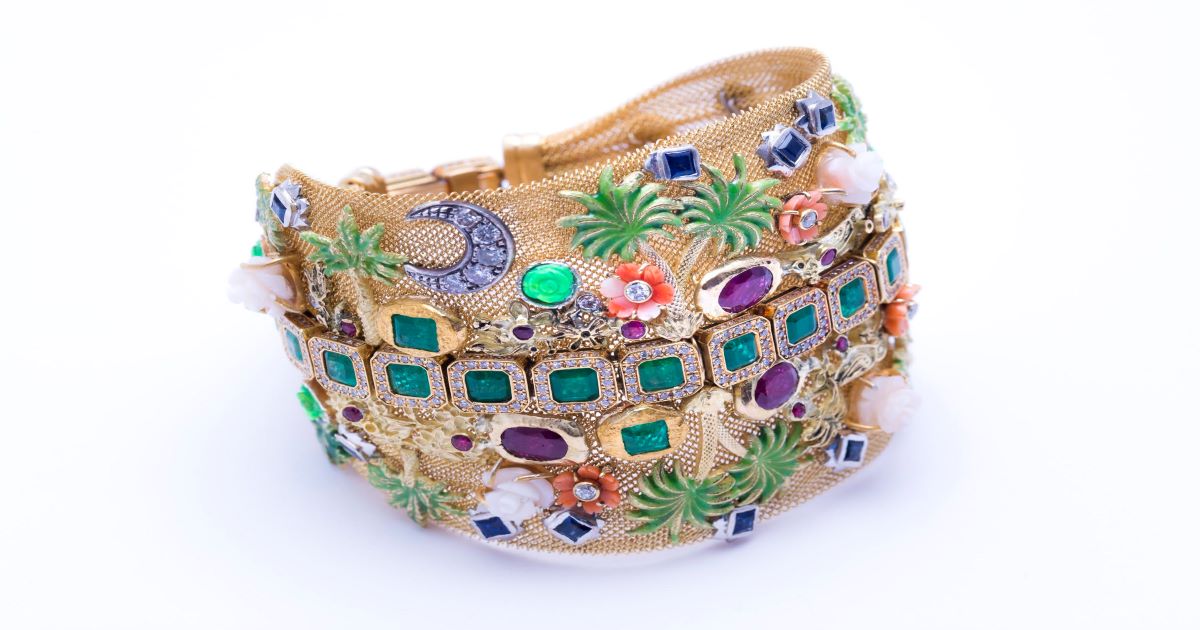 Previous articleIf you’re in the market for a new pad then you should take a look at Luxury Skyline Villas
Next articleBello Horizonte Decoracion, Javea Presents: The new autumn and winter collection