The Valley of the Fallen: Inside Spain’s Most Controversial Monument

Its construction ordered by the Dictator General Francisco Franco, The Valley of the Fallen is arguably Spain’s most polemic historic monument. 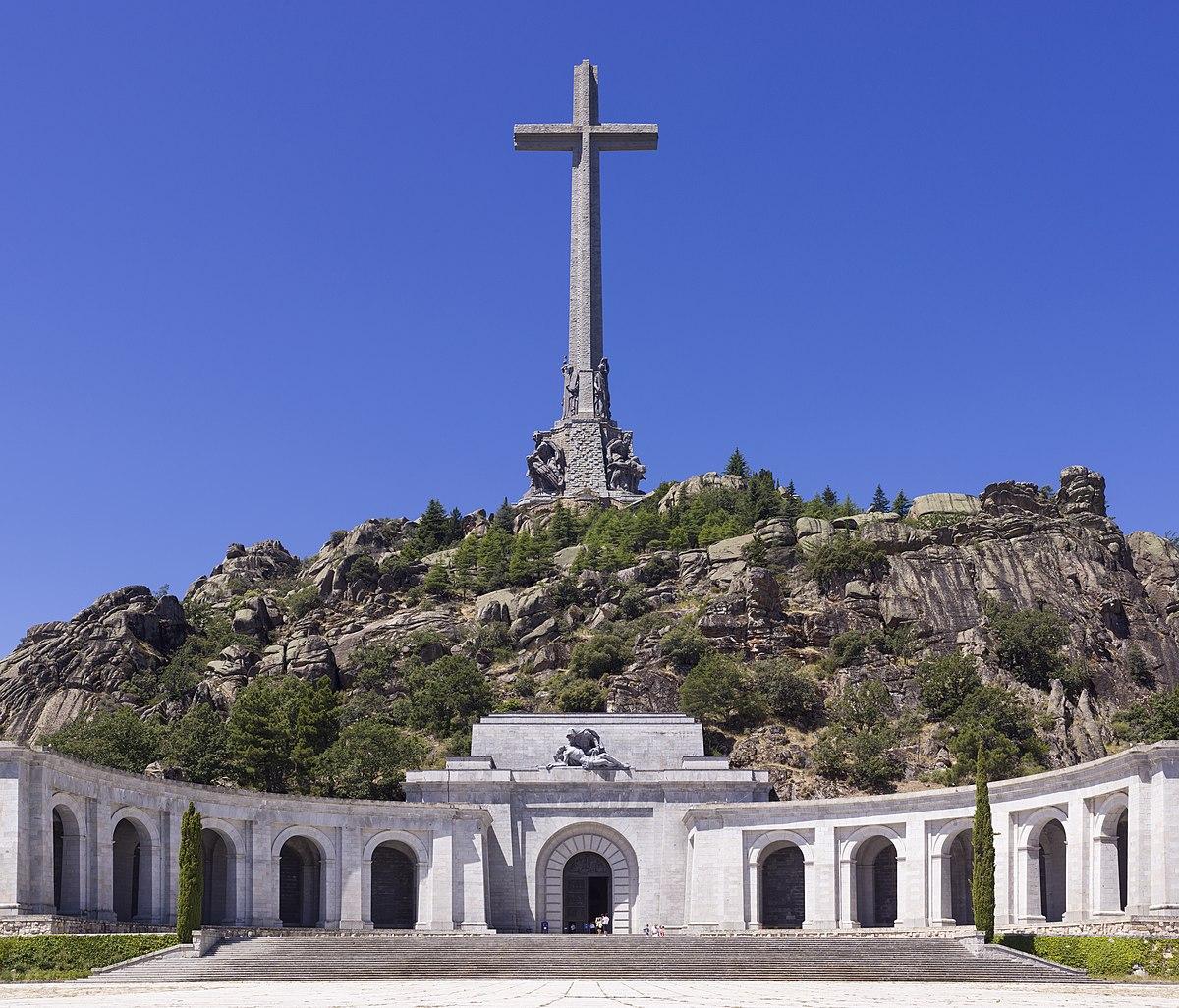 The Valley of the Fallen, Madrid, Spain

On 1 April 1940, just one year after the end of the war, Franco drew up the decree founding what would become the funerary monument known as the Valley of the Fallen. In it, he stated that its purpose was to “perpetuate the memory of the fallen of (our) glorious Crusade”.

This idea of linking the Civil War with the concept of the ‘Crusade’ (medieval wars against the infidels of Christianity) stems from the support that the national side received from the Catholic Church during the war.

Located an hour by train from the centre of Madrid, the tallest Christian cross in the world rises on a cliff overhanging the valley of Cuelgamuros so that it can be seen from a distance of up to 40 kilometres.

Made of concrete and 150 metres high, the cross crowns a complex comprising a hostel, a basilica and another building whose name would rename the whole area: the Abbey of the Holy Cross of the Valley of the Fallen. General Francisco Franco ordered it to be built after winning the civil war (1936-1939), has been buried there since 1975.

The site has become a source of political and media controversy following a historic decision by the Supreme Court, which in September authorised the exhumation of Franco’s remains, having taken place on October 24th 2019.

The court backed the initiative of Pedro Sánchez’s socialist government – one of its stand-out proposals – to move Franco’s remains to the Mingorrubio cemetery in Madrid, despite opposition from the Franco family and far-right organisations. 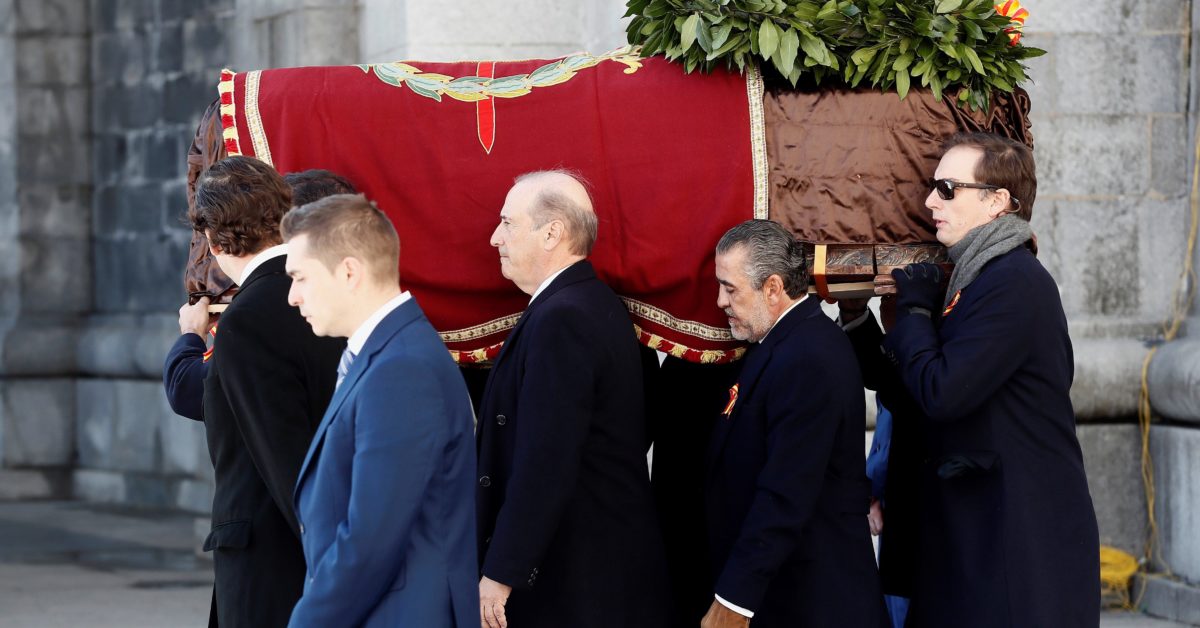 The exhumation of Franco’s body was heavily opposed by his family, as well as far-right organisations.

Until it was moved, Franco’s tomb laid in a central and prominent place in the basilica, under the dome and in front of the main altar. Upon entering the enclave, the visitor could see a large marble slab weighing 2,000 kilos with an austere cross and the inscription “Francisco Franco”, without further explanation or comment.

But this is not the only controversial figure resting in the Valley. There is also the tomb of José Antonio Primo de Rivera, the founder of Falange Española, the only party admitted during the years of Franco’s regime.

The Valley of the Fallen was one of the first projects Franco embarked on after coming to power. He presented it as a monument to remember all the “fallen” during the conflict, regardless of which side they belonged to. According to the decree ordering its construction, it was to be a “place of repose and meditation” to “perpetuate the memory of those who fell in our glorious Crusade”.

However, the Commission of Experts for the Future of the Valley of the Fallen commissioned by the government of socialist José Rodríguez Zapatero (2004-2011) concluded in its report that it was a site of “exclusive memory that has more to do with the intention of the author of the monument than with the significance of the victim”.

According to the commission, “each” of the elements of the complex, from the coats of arms to the sculptures, show that it was “designed as a symbolic place of the Franco dictatorship”. 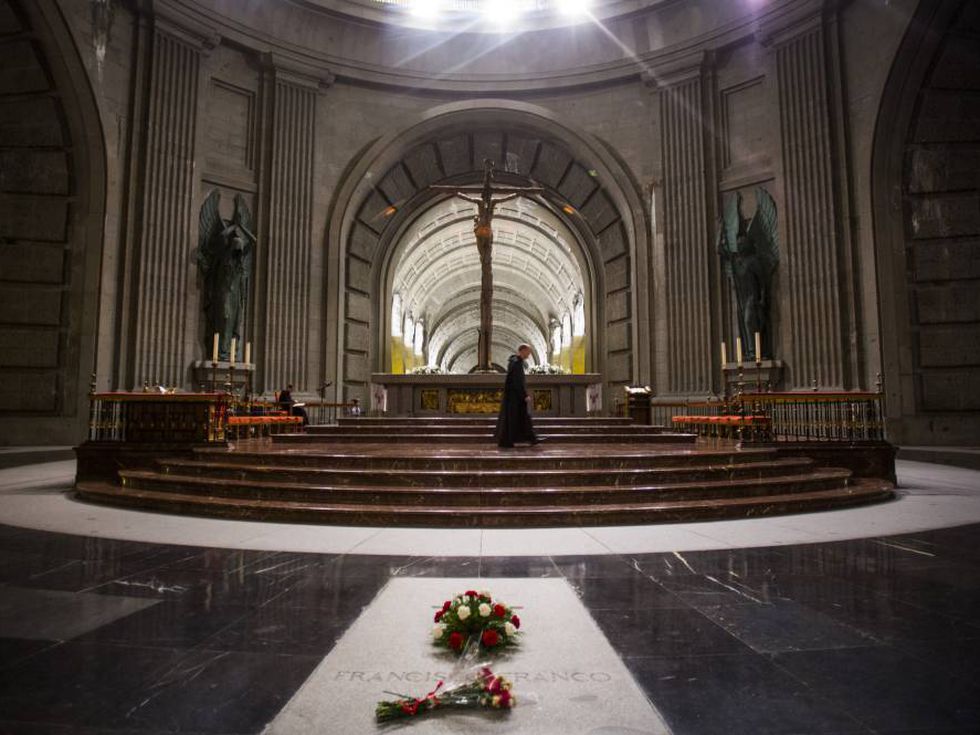 Inside the main Basilica

A Mausoleum Built for a Dictator

The monument’s detractors accuse Franco of having built himself a mausoleum.

For its part, the Francisco Franco National Foundation (FNFF) said on Twitter that it was King Juan Carlos I who made the decision to bury him there.

This foundation, Franco’s family and extreme right-wing groups were opposed to the remains being moved from the site and, in the event that the law obliged them to be moved, their intention was to move them to the crypt that the family owns inside the Almudena, in the heart of Madrid city centre and next to the Royal Palace.

The Socialist government refused to do so, and the Supreme Court supported this decision.

Who owns “El Valle de los Caídos”? The controversy that could end up removing Francisco Franco from his tomb

The Popular Party, (the party that governed Pedro Sánchez in the previous legislature) argued for its part that to “stir up” this issue is to reopen the wounds of the past and cause division.

Other members of the political spectrum – such as the far-right Vox – called the Socialists’ initiative a “political manoeuvre”. 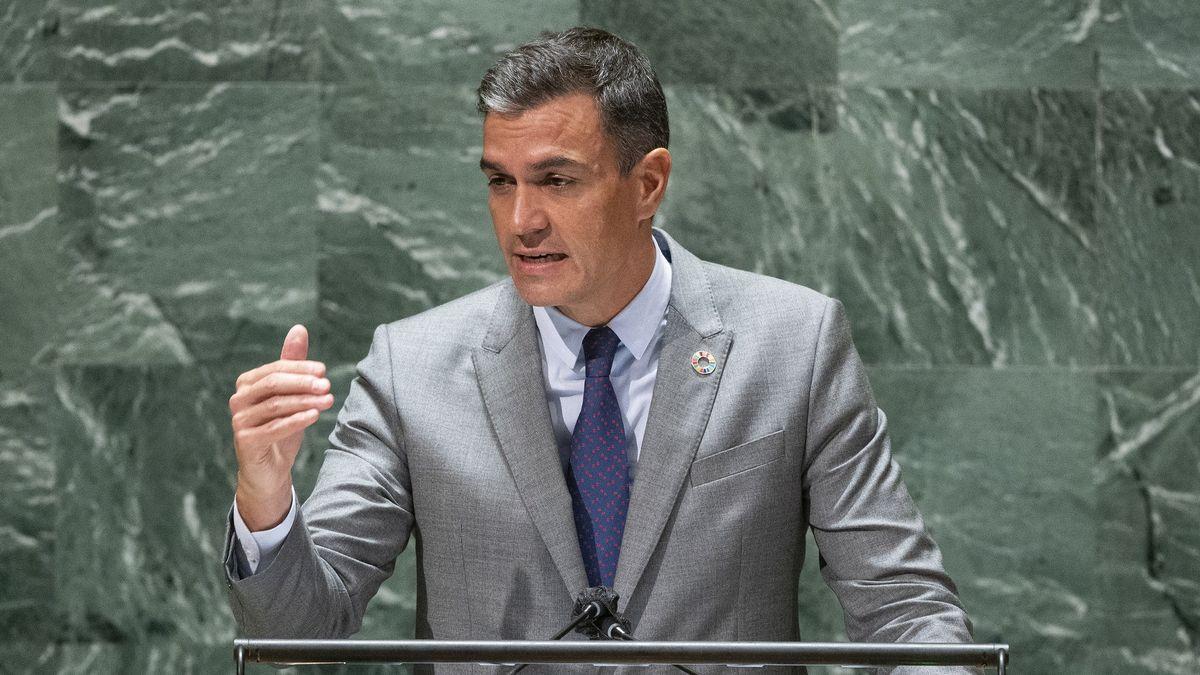 Pedro Sánchez, President of Spain and of the socialist government, made the decision to exhume Franco’s remains.

The Valley of the Fallen is 37 miles outside of the centre of Madrid, with is about an hour’s drive on the A6 motorway. The Basilica is open from 10 am to 7 pm from Tuesday to Sunday. The admission fee is €9.

Companies that offer excursions in English from Madrid to San Lorenzo de El Escorial and the Valley of the Fallen include Julia Tours, whose day trip also includes Toledo, for a price of €112.

Previous articleThe Presence of Franco’s Legacy 45 Years After his Death
Next articleLas Fallas: The Valencian Tradition that Has to Be Seen to Be Believed