The Presence of Franco’s Legacy 45 Years After his Death

In Spain, there are still monuments and foundations that defend Franco’s regime, and the dictator’s heirs maintain a large patrimony inherited from Franco. 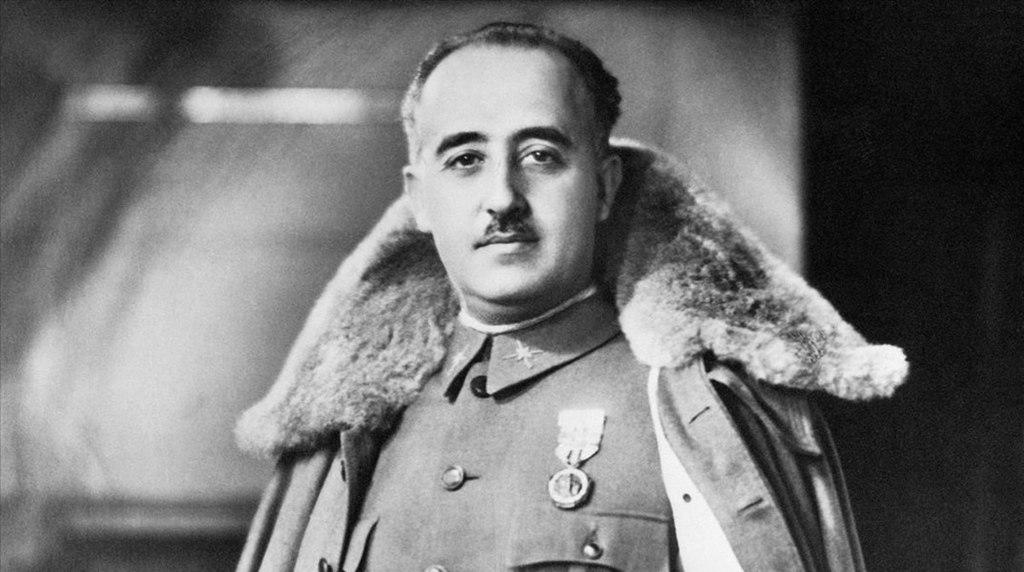 Francisco Franco died on 20 November 1975. He was a military officer who led the coup against the government of the Second Republic, which led to the outbreak of the Spanish Civil War (1936-1939). After the end of the war, Franco became dictator of Spain.

In September 2020, the Council of Ministers approved the draft bill of the Law of Democratic Memory, which is intended to replace the Law of Historical Memory of 2007. The aim of this law is to recognise the victims so that the State takes on the exhumation of people buried in mass graves so that their families can recover them.

In addition, symbols that contradicted the values of democracy were removed, to prevent the glorification of the Civil War or the dictatorship and to promote knowledge of these historical events in secondary school curricula.

With this step, Spain follows in the footsteps of other European countries, which have banned the defence and glorification of fascism and dictatorships. In fact, in Germany, it has been included in the Penal Code since 2005. Italy, for its part, passed the Mancino Law in 1993.

In this sense, the new law would affect Franco-era monuments, organisations that glorify his figure, and the properties and wealth of Franco’s heirs obtained during the dictatorship.

The Franco era was a military dictatorship in which all the powers of the state fell into Franco’s hands. This involved censorship and repression of any kind of resistance to Franco’s regime, along with the abolition of political parties and trade unions.

Human rights were suppressed, including freedom of expression and association, and the use of minority languages, such as Catalan and Basque, was heavily estricted.

Franco’s army controlled the media and both education and leisure were regulated in order to disseminate only the ideas of the regime. In this way, the aim was to gain social and ideological control of the citizenry.

The targets were the defeated of the Civil War, who were called “enemies” of Spain. Any left-wing ideology was persecuted, both communists and socialists, but also Basque nationalists, Catalan nationalists and those who were considered a threat to the regime.

Many of them ended up in concentration camps, working as slaves, in prisons where they were tortured, or even shot. However, there is currently no definitive census of the death toll.

There was an ambivalent stance towards the Jews, mainly because of the idea that there was a Jewish-Masonic-Communist-international conspiracy, a conspiracy theory that advocated the existence of a union between communists, the Masonic sect and Jews to invade Spain. 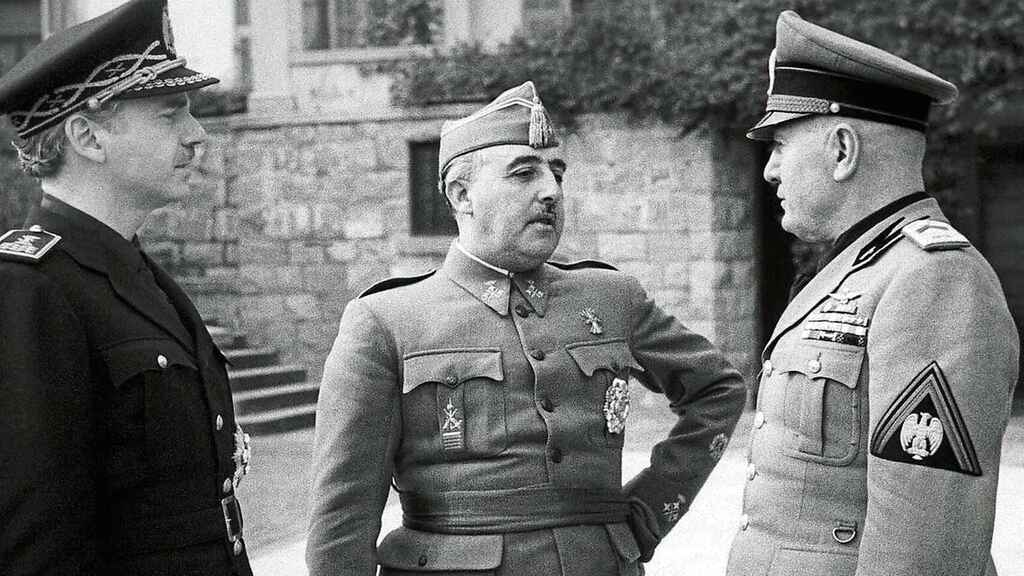 Throughout history there has been debate about what to do with monuments that defended totalitarian regimes: should they remain unchanged because they are historical, reinterpret their meaning or be torn down? With the new law, the government will have to decide what to do with the remaining Francoist monuments in Spain.

The Valley of the Fallen is one of the main monuments erected during Franco’s regime. It was built on Franco’s orders to bury fighters from both sides of the Civil War. He was also buried there but, on 15 February 2019, the Government approved the removal of the dictator’s remains from the Valley of the Fallen to move them to the Mingorrubio cemetery, where his wife, Carmen Polo, is buried.

In this way, it was sought that his corpse would not be in a place that was considered a tribute to the dictator. The dictator’s family has appealed this decision to the European Court of Human Rights, but they are still awaiting a response.

The new law aims to give another meaning to the Valley of the Fallen, which is often associated with a tribute to the dictatorship. It will become a civilian cemetery, with no religious connection, and the Benedictine monks who have managed the monument until now will be expelled.

The Valley of the Fallen, Madrid

There are also other monuments of Franco’s exaltation on public roads in Spain. The best known are the Arco de la Victoria (Madrid), built as a tribute to the national side, winner of the Civil War, or the one known as the Monumento a Franco, in Tenerife.

A statue dedicated to the dictator still stands in Melilla. In addition to large monuments, there are still streets with names linked to Francoism.

The Historical Memory Association regularly petitions city councils and public bodies to remove them. According to the Law of Historical Memory passed in 2007, these monuments or references to Francoism should be removed, but there was no deadline for doing so. 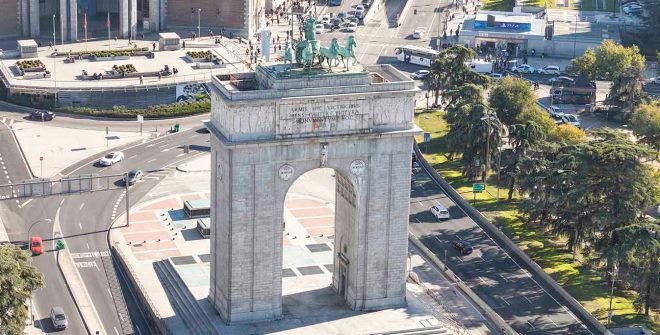 Organisations that Carry on Franco’s Legacy

The Law of Democratic Memory also seeks to outlaw foundations or organisations that defend Francoism or the dictator, as well as those that promote hatred against the victims of the dictatorship.

For this reason, one of the best-known organisations that reinforce the dictator’s legacy and memory, the Francisco Franco Foundation, could disappear. The Foundation continues to be very active, sharing interventions in the media and inviting its followers to participate in the activities it organises. 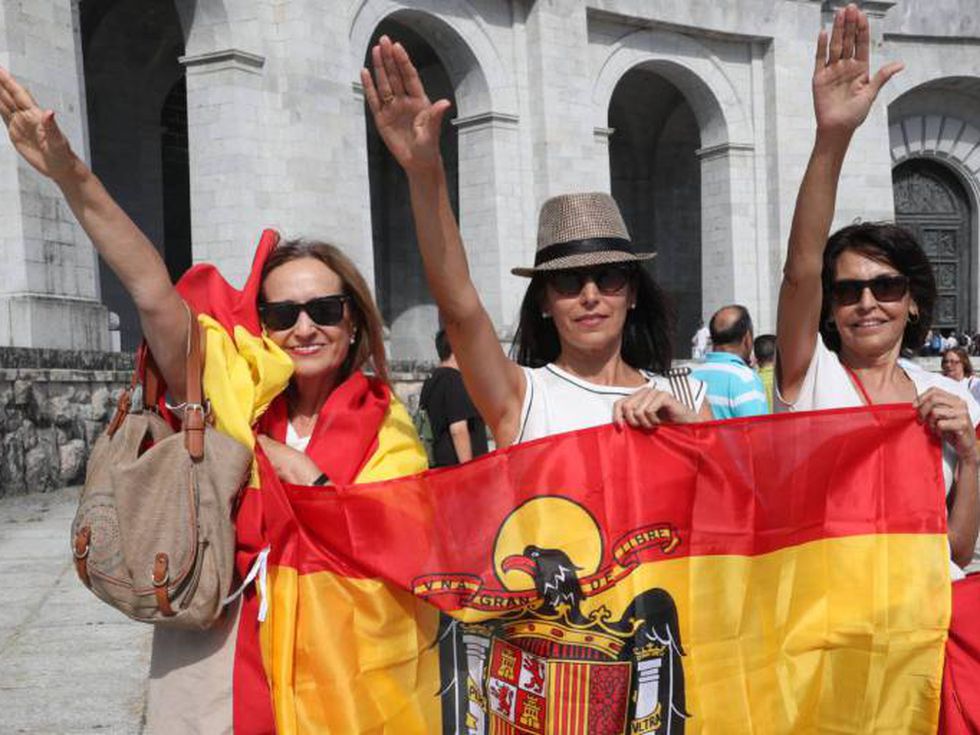 Supporters from the Francisco Franco Foundation

The Presence of Franco Today in Spain

Today, Spain still carries open wounds left from the civil war and repression, felt in the corruption and regional division of the country.

As a result of the centralism and its application to Basque Country and Catalonia, the regions have been left with more powerful nationalist movements than have ever existed.

The 1978 democratic constitution consecrated rights of regional autonomy for Catalonia and the Basque Country, meaning mass pressure has increased for autonomy to be met in Catalan, fueling a full-on campaign for independence. Drawing on Franco-inspired centralism, the PP (Popular Party) has fuelled hostility to Catalonia for electoral gain.

This constant feeling of division is one of the most damaging legacies of the Franco regime that continues to linger today. 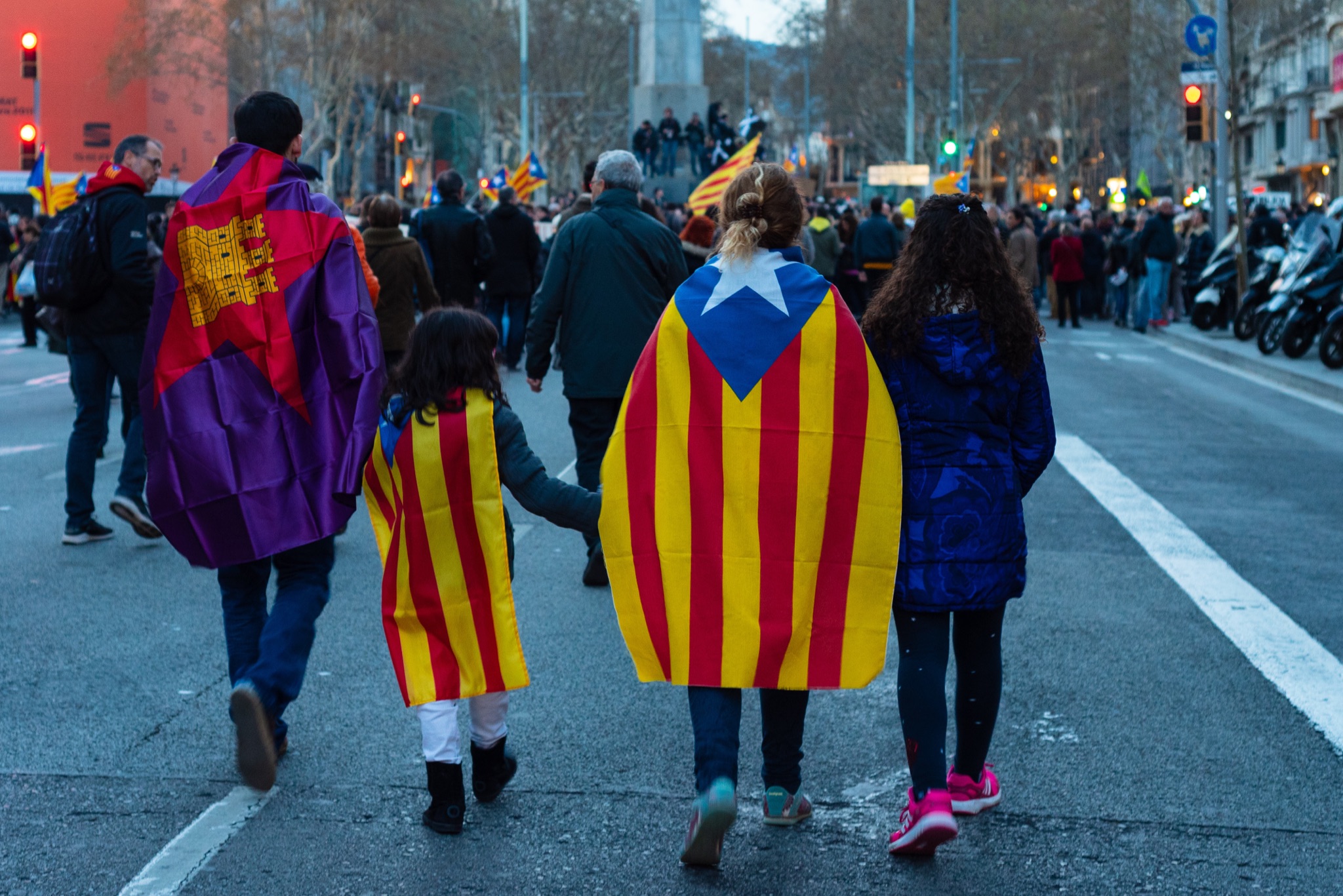 Previous articleCould it Be the End of the Euro in Spain?
Next articleThe Valley of the Fallen: Inside Spain’s Most Controversial Monument