The Most Exciting Train Journeys to Experience in Spain

If you fancy something more laid-back for your holiday, why not experience one of the many fantastic train journeys through Spain? 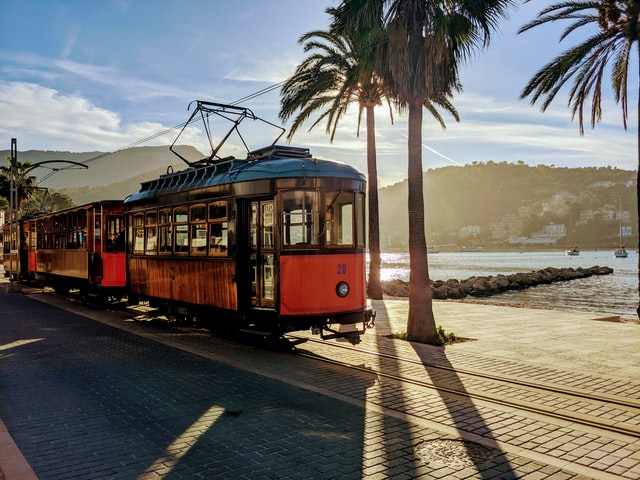 Travelling by train is one of the most soothing and pleasurable experiences. You can sit back, sip on your coffee or enjoy a delicious meal while gazing out your window to see a golden horizon stretching over the gaping landscapes.

Spain will get you around with trains that are both speedy and economical, thanks to its fast train network. If you prefer to travel by train for the scenery, Spain will not disappoint. Between mountains, coastlines, and backcountry, there are some truly breathtaking views on offer that will stay etched in your mind.

Here are some of the best train journeys you can experience in Spain:

Starting off with the most popular train journey is the Trancantabrico, which takes you from the pilgrimage town of Santiago de Compostela to the food capital of San Sebastian, known as Green Spain. Travelling across northwestern Spain, this route is the oldest and most quintessential luxury train. Onboard, the train has preserved the romantic vibe of the trains from the early 20th century, but with updated facilities. cuisine of Castilla y Leon, the Basque Country, Cantabria, Asturias and Galicia is served, with live music and multilingual guides.

The train provides five-star cabins which have their own fine dining restaurant and onboard entertainment in the social carriages. The most glamorous version is the Transcantábrico Gran Lujo, which travels from San Sebastián to Santiago de Compostela in eight days. 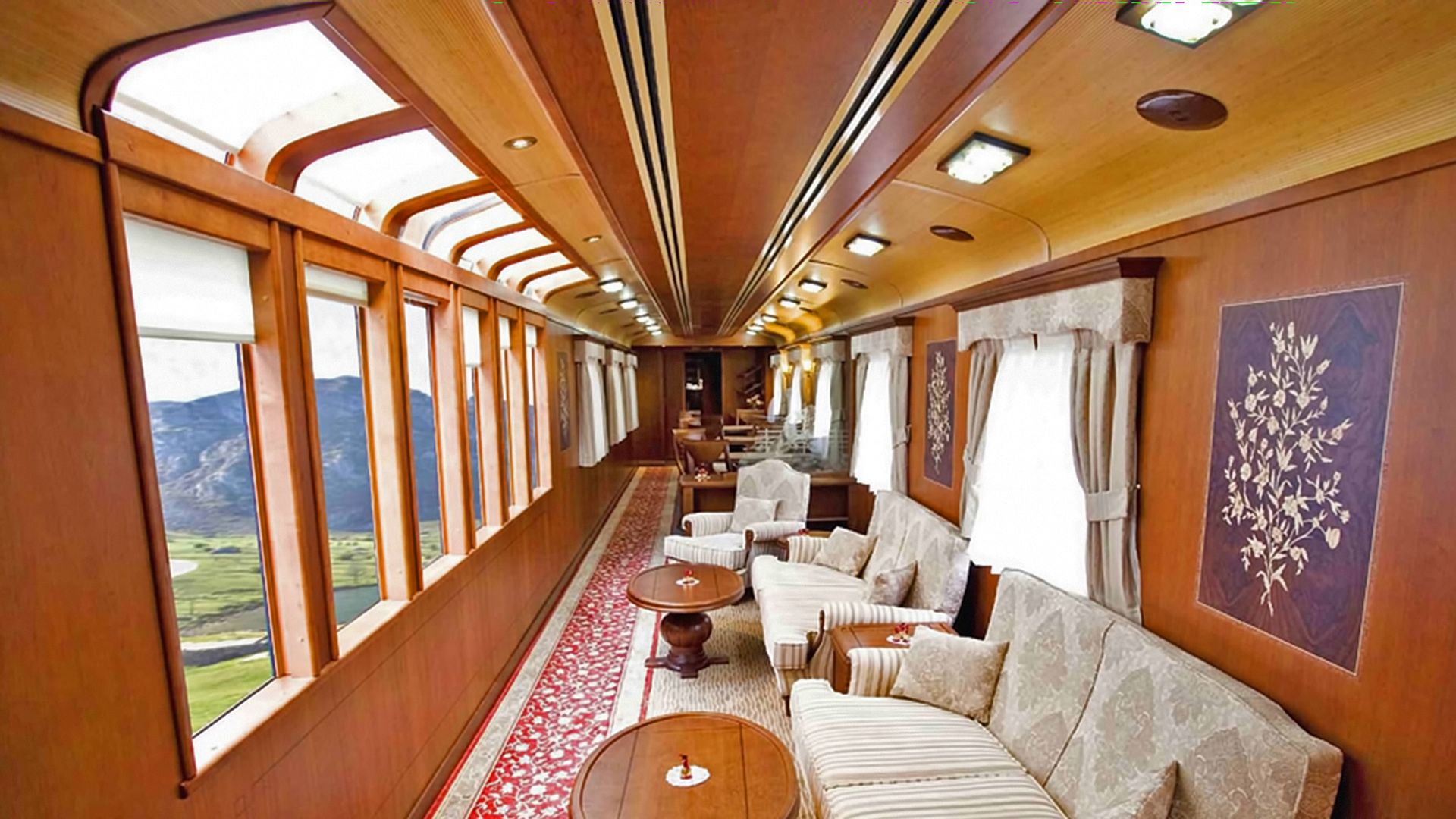 The “Train of the lakes” runs from Lleida in Catalonia to Saint Girons in France, along the course of the Noguera Pallaressa and Segre rivers. This stunning journey gives views of the surrounding mountains, valley and water reservoirs (hence its name).

The train was first inaugurated in 1929, it offers two options of either restored, vintage trains or modern, panoramic trains. This route offers its travellers an assortment of vibrant locations with plenty of activities, with stops arranged at historic spots of Catalonia.

You can book tickets on Saturdays from April to Octover, ans the panoramic trains are still available on some Saturdays in July and August. 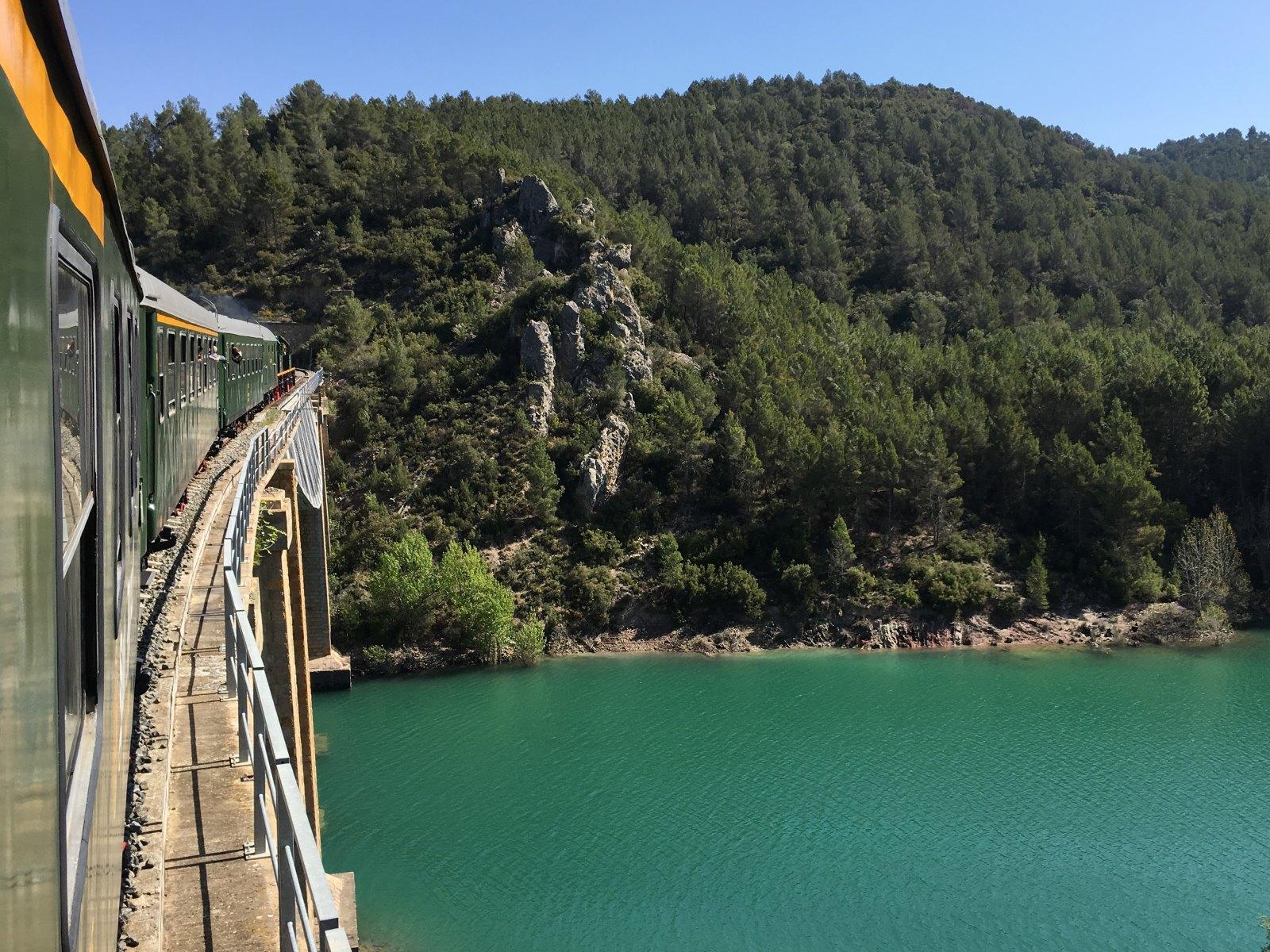 Sticking to the region of Barcelona, our next train ride is the one from Barcelona to Montserrat. Relatively short, the journey takes less than an hour, but it offers incredibly beautiful views of the mountain as you make your ascension into the mountain range that is home to Montserrat Monastery.

Montserrat is a small mountain range, located about 50km outside of Barcelona. A hidden gem adored by both Catalans and travellers, this trip is well worth it to visit this historically enriched site. 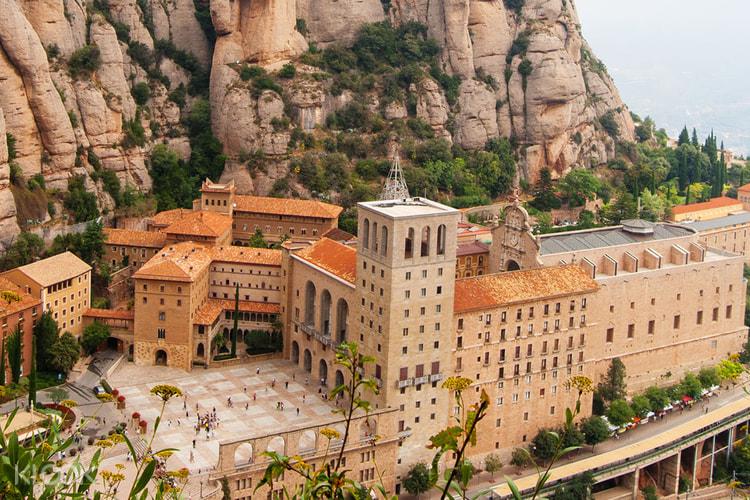 This luxury train is like a palace on wheels. The Al Andalus train route takes 7 days, visiting the best of Andalusia in cities like Seville, Cordoba, Cadiz, Granada, and Ronda. This is a highly-recommended way to get to know Andalusia, seeing sights like the Alhambra whilst riding in maximum style and comfort

Inspired by the glamour of the Belle Epoque, the carriage suites part of the same series that were built to transport the British Royal family between Calais and the Côte d’Azure. This train is very spacious, and onboard are the meals onboard are prepared by prestigious chefs. 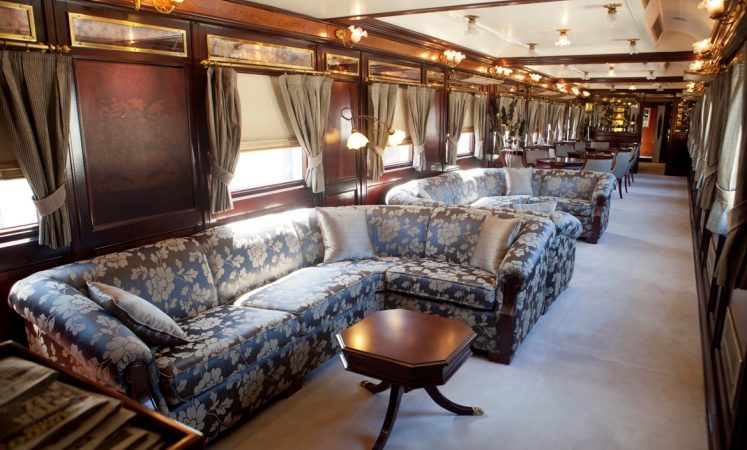 The widely popular pilgrimage of Santiago de Compostela is done on foot, by bicycle, and also by train. Lastign five days, the Pilgrim Train follows a variation of the famous Way of St. James. It starts at Madrid, passing through olaces like Vigo, Pontevedra, and Vilagarcía de Arousa.

Described as the “pilgrimage for softies”, this route takes you on the narrow-gauge railways of the Feve system, stopping at hotels along the journey. This route is enriched in history, art, stunning architecture and landscapes. The train also offers breakfast and dinner, and also offers sightseeing trips.

In addition, you can bring your bike on board if you wish to complete some stages of the pilgrimage until reaching the Compostela. 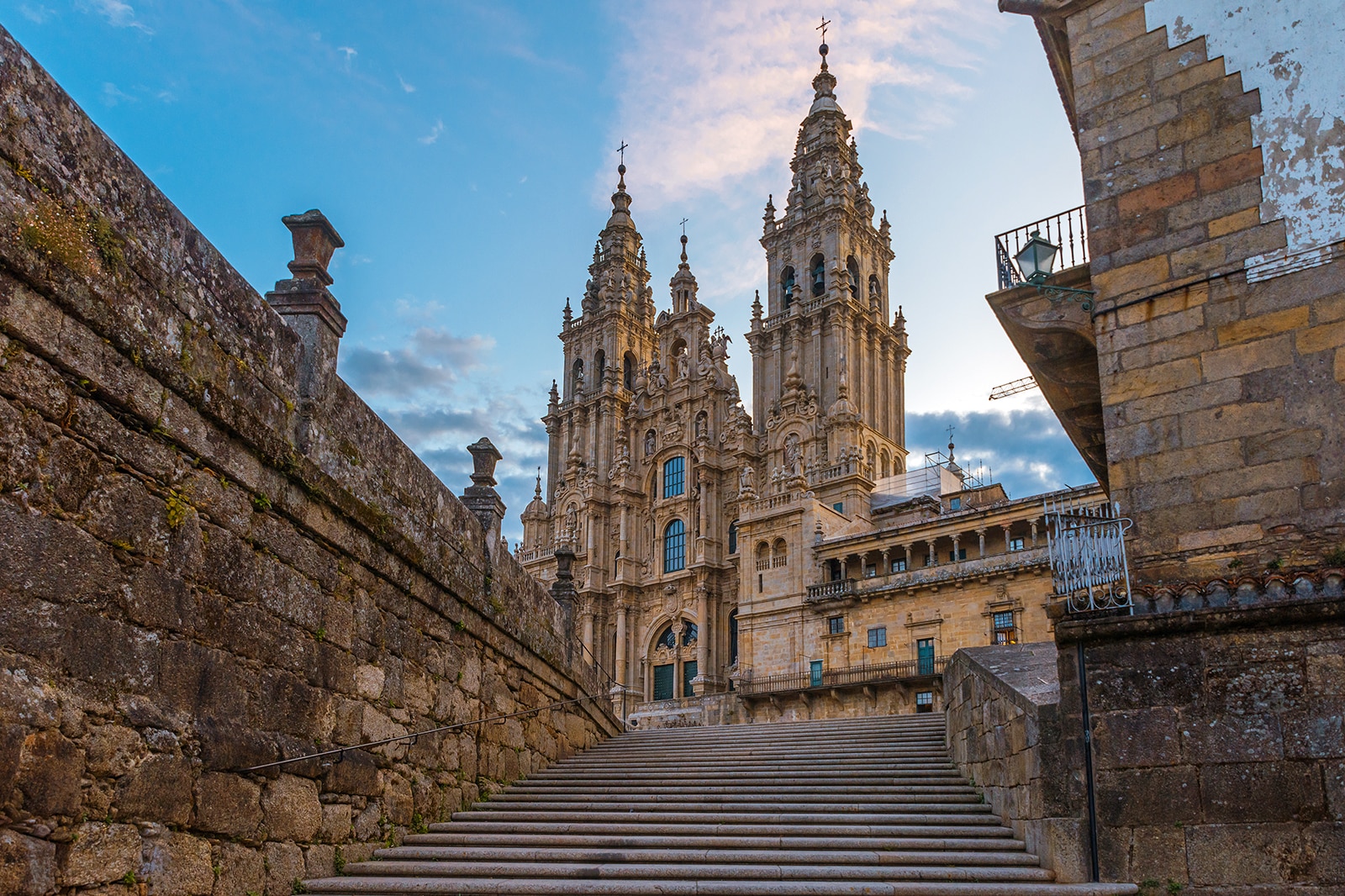 This period train runs with wooden carriages, and is one of the best island experiences of Mallorca. This train route stands out for its beautiful scenery as it runs along the natural barrier of the Sierra de Alfàbia mountain range which is 2.8 km wide and 496 metres high.

To do so, the railway rises up 199 metres and crosses over several bridges with five arches, spanning 8 metres high with many great bends. The route starts in Palma and ends in Sóller, where youl’ll be greeted by the gorgeous smell of orange blossoms mixed with the seaside. On the tour, you can experience a variety of stunning views and mountains of the Serra de Tramuntana, which is declared a UNESCO World Heritage Site. 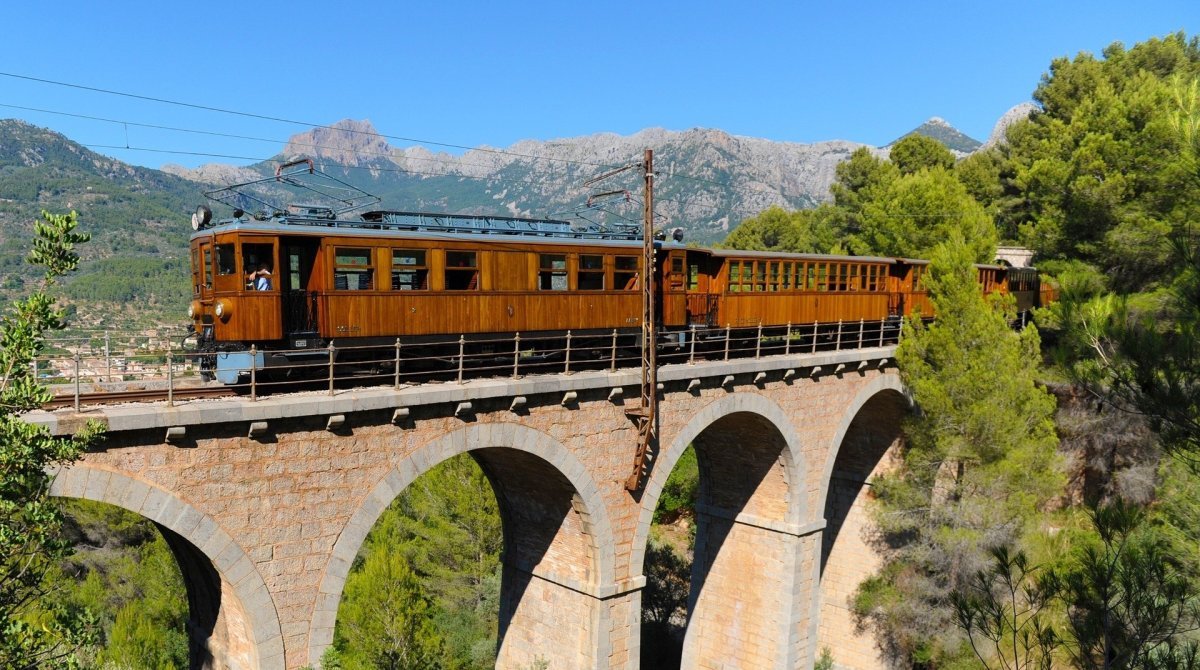 Previous articleThe Best Car Journeys that Spain Has to Offer
Next articleCamino de Santiago Pilgrimage: Everything you Need to Know