The Horrors of Franco’s Spain During the Spanish Civil War

The Spanish Civil War (1936-1939) was a war between the Republican and Nationalist sides led by General Francisco Franco. 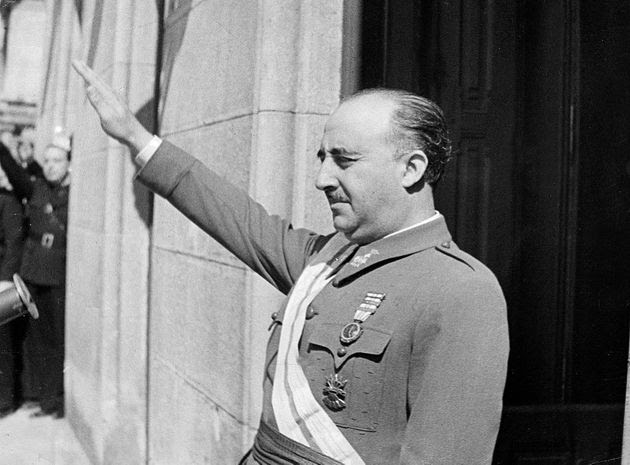 The Spanish Civil War took place in Spain between 1936 and 1939 between the Republican side and the Nationalist side, which was led by General Francisco Franco. At the time, the president of Spain was Manuel Azaña, a democratically elected Republican. As part of the Spanish army was based in Morocco, several of the most influential generals, led by Francisco Franco, staged a coup d’état.

The left-wing side was known as the Republican side and consisted of the government that had been in place up to that point, along with trade unions, communists, anarchists and many workers and peasants. On the opposite side, the nationalist side, was the rebellious part of the army, the bourgeoisie, the landowners and, in general, the upper classes.

The Civil War was one of the toughest wars in Spain in living memory. After the victory of General Franco and the Nationalist side, a dictatorship began in the country that lasted almost 40 years, from 1939 to 1975, the year in which the Spanish dictator died.

Although Franco’s side had received German aid, the dictator decided not to become directly involved in the subsequent World War II, as the state of Spain after its civil war was truly lamentable. Only a small group of volunteers went to support the Germans.

Throughout the Franco dictatorship, Spain suffered continuous international isolation, but this weakened as the years went by. As the Spanish dictator wanted his country to be recognised internationally, a certain kind of improvement in social life gradually began.

In the 1950s, Spain was accepted as a member of the United Nations and in 1970, Franco appointed Prince Juan Carlos as his successor in office.

Francisco Franco’s idea was that Juan Carlos would remain at the head of the dictatorship he had led for many years, but after the dictator’s death in 1975, King Juan Carlos I was crowned and reinstated democracy in Spain, which has lasted to this day. 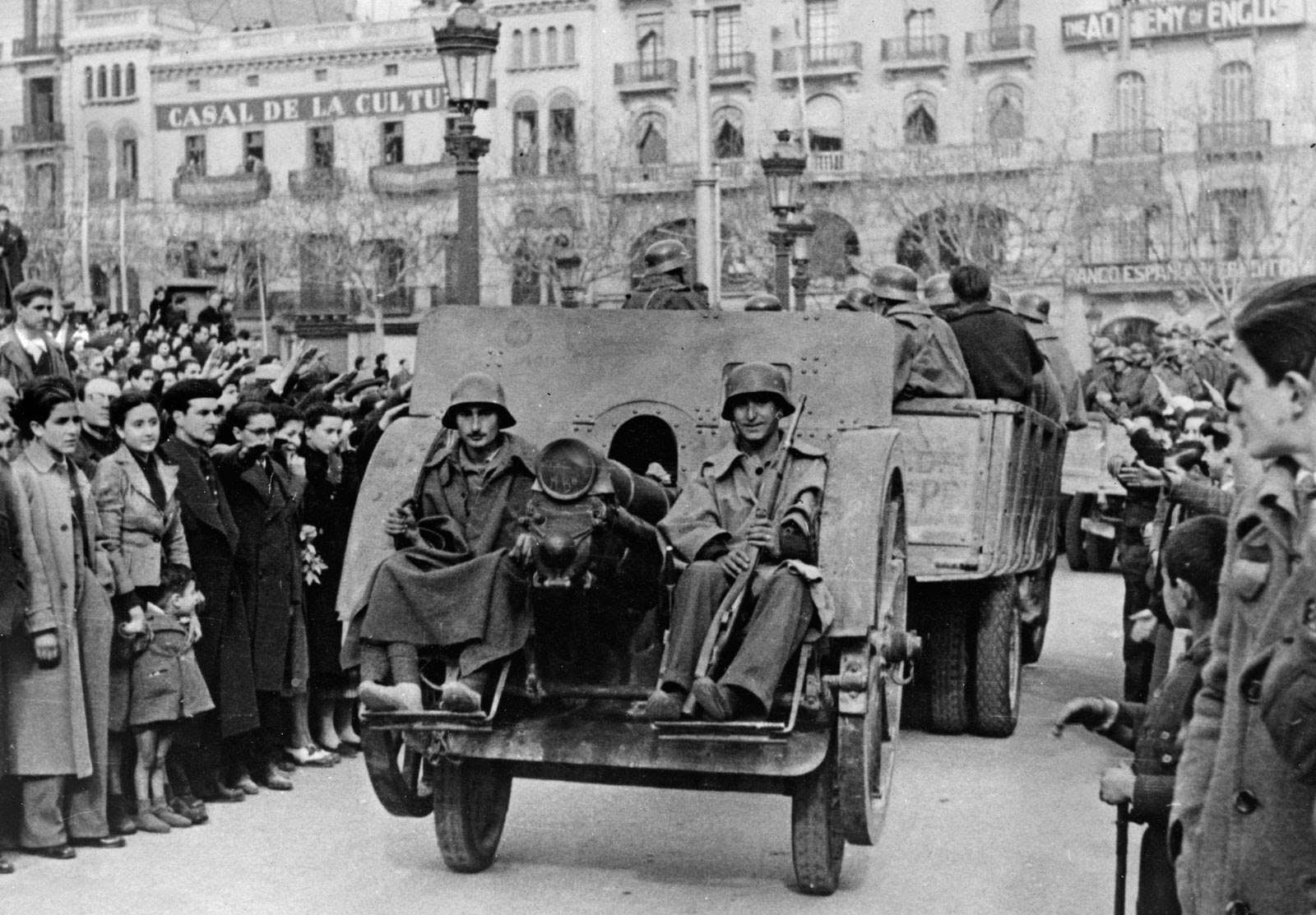 How the War Broke Out

The Spanish Civil War broke out on the 17th of July 1936. It was a conflict that lasted until 1939 and pitted two sides against each other: the Nationalist side, which started the revolt and was led by General Francisco Franco, and the Republican side, which defended the democratic government that the Nationalist military wanted to overthrow.

This conflict was sparked by an attempted military coup against the Spanish government, which aimed to establish a dictatorship. The coup began with the uprising of Spanish military troops in Africa between 17 and 18 July 1936. It failed, however, and led to the Civil War.

The war ended on 1 April 1939, when Franco declared victory for the national side and established a dictatorship, Franquismo. It would last until the day of his death on 20 November 1975. 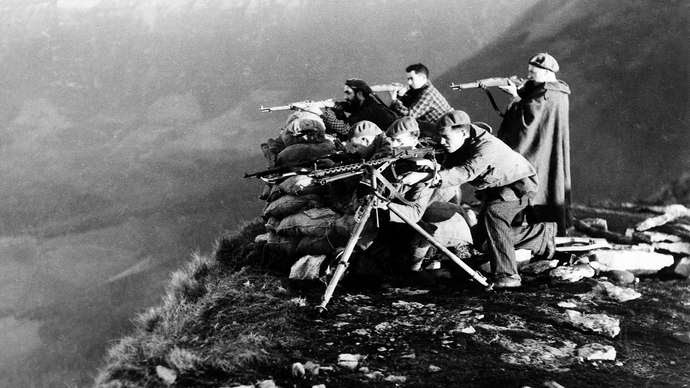 Spanish Nationalists in position along the rugged Huesca front in northern Spain during the Spanish Civil War, December 23, 1936.

Uprising Against the Second Republic’s Government

The military wanted to revolt against the government that then ruled the Second Spanish Republic, a democratic regime that existed in the country from 1931 until the end of the Civil War in 1939.

The Popular Front, a left-wing coalition led by Manuel Azaña, had won the elections in February 1936. It replaced the right-wing forces, which had been in power since 1933.

The ideological divide in the country led to several protests and revolts led by both left-wing and right-wing activists. Many members of the military, who were closer to the right, disagreed with the government at the time and decided to seize power.

Sanjurjo was to lead the rebel troops, but while he was travelling from Portugal to Morocco to carry out the coup, his plane crashed and he died. Following his death, Franco took his main position and, after his side’s victory in the Civil War, established the dictatorship known as Franquismo.

Franco: From Military Man to Dictator

In addition to being head of state, Franco was also a military man, supreme leader of the rebel side in the Civil War, President of the Government (Jefe de Gobierno) and national leader of the only party during his dictatorship: the Falange Española Tradicionalista y de las Juntas de Ofensiva Nacional Sindicalista (FET y de las JONS).

Politically, Franco came to power after a coup d’état that led to the Civil War (1936-1939)and led Spain for almost 40 years. Under his regime, the country went through a harsh post-war period that saw famine and hundreds of thousands of people forced into exile, the first period of militaristic rule, and a second, more economically open period.

In 1904, Franco began his military career. At the age of 12, he entered a naval training school with his brother Nicolás and three years later he managed to enter the Military Academy in Toledo.

He did not qualify well enough to be sent to Africa to take part in the Rif War, a conflict arising from the opposition of northern Moroccan tribes against French and Spanish colonisation. However, he managed to go to Morocco two years later. 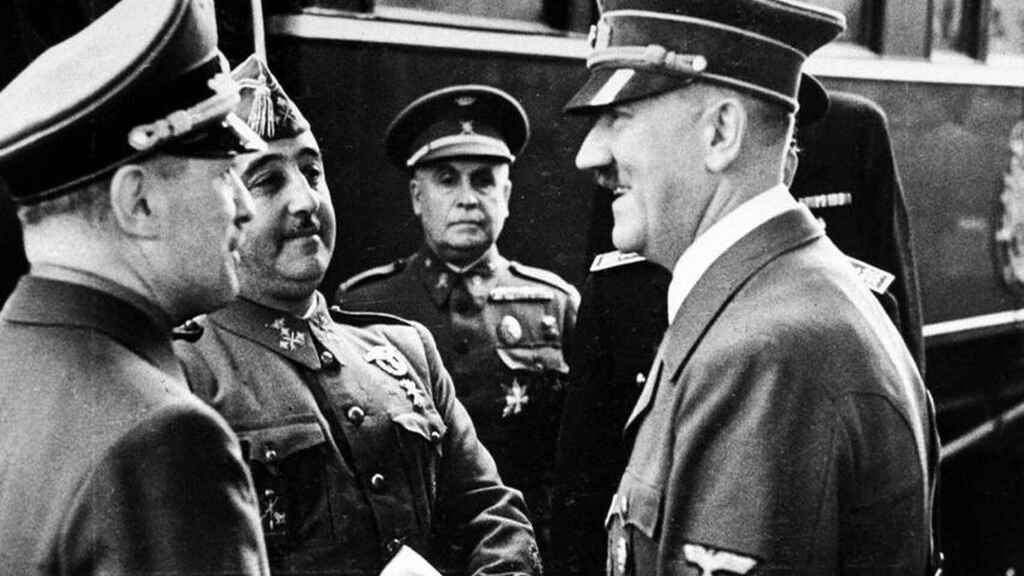 Franco was stationed in Morocco from 1912 to 1926. Those 14 years saw him rise from soldier to lieutenant and then to captain until he became one of the youngest generals in Europe in 1926 at the age of 33. There he showed his rigidity and firmness against deserters and opponents.

Franco became part of the “Africanist” caste, the name given to soldiers stationed in the colony of Morocco. They were admired by the rest of the military and by the Spanish bourgeoisie for the danger of their posting.

It was during this period that he established relations with the other soldiers responsible for the 1936 coup d’état. On one of his several returns to Spain during his Africanist period, Franco married Carmen Polo in 1923. The king of the time, Alfonso XIII, acted as best man at the wedding. Franco and Polo had only one daughter, María del Carmen Franco y Polo (1926-2017).

In 1926, Franco returned to Spain. In 1936, a left-wing coalition, known as the Popular Front, won the elections. Suspecting that some members of the military were unhappy with his victory and were planning a revolt, the government posted them far from the mainland. Franco was sent to the Canary Islands.

Franco joined the uprising planned by a group of military officers against the government. Spain was very polarised ideologically at the time. Many social changes were taking place and Franco, along with the other military officers, advocated a more conservative and authoritarian system of government.

On 17 and 18 July, 1936 Franco took part in the “National Uprising”. That coup failed in Madrid, Barcelona, Valencia and Bilbao, among other places, leading to the Civil War. Almost three years later, on 1 April 1939, the rebels were victorious and Franco concentrated all the power of the state in his hands.

This victory was followed by a harsh post-war period marked by famine, persecution and exile for those who opposed the dictator. Franco established an autarkic regime – economically dependent only on the country’s domestic production – with a national Catholic, totalitarian, centralist, anti-liberal, anti-Marxist, fascist ideology at the beginning and later an authoritarian dictatorship.

His dictatorship was strongly influenced by his religion, Catholicism. The Church had an important presence in Franco’s regime. He was also allied with other fascist dictators, such as Adolf Hitler (Germany) and Benito Mussolini (Italy).

After several months of health complications, Franco died on the 20th of November 1975. King Juan Carlos, I succeeded him as head of state, as in 1969 the dictator himself had appointed him as his successor. As for the presidency of the government, Carlos Arias Navarro, who had been appointed in 1973, remained in the post until 1976.

Franco wanted the king to continue his authoritarian regime. However, after his death, the country went through a period of transition until a constitution was passed to turn Spain into a parliamentary monarchy. Today, the King is head of state but cannot pass laws, while the country’s political representatives are elected through elections. 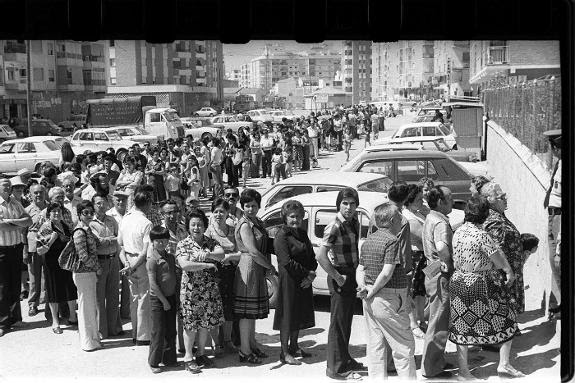 At present, many Spanish historians are still debating the causes that led Spain to the outbreak of the Civil War and, therefore, there is no clear consensus as to what were the main reasons that led to the military uprising. Depending on the scholar and, sometimes, his or her ideology, some facts are given more importance than others.

This war not only pitted two sides against each other but also different ways of looking at the world. It was a class struggle, a religious war, a confrontation between opposing nationalisms, as well as a struggle between dictatorship and democracy and between fascism and communism.

The Spanish Civil War left the country with more than 600,000 dead and around 200,000 people exiled to other countries, and was the bloodiest war in the history of Spain, leaving devastating consequences throughout the country.

Previous articleNationalism in Galicia: Where Does it Stem From?
Next articleEverything You Need to Know to Open Your Business in Andorra