The Danger of Waiting for Brexit 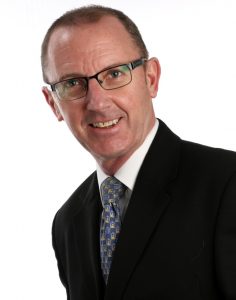 Financial expert John Hayward is back to provide our readers with quality advice on the most important topics. In the past, John has answered our financial questions on matters ranging from large to small. Today he talks about how how the effect of waiting for Brexit can actually be costing you money.

There are many questions that we don´t know the answers to regarding Brexit. There are also questions that we don´t yet know. However, some facts are known. One of these is concerning investing, or not, since 20th February 2016. This was the day that David Cameron, the then Prime Minister, announced that there would be a referendum on the UK´s membership of the EU. People have been fearful due to the uncertainty as to what will happen post-Brexit. In the last two and a half years, life has continued in the financial world and investment markets have risen significantly. At the same time, inflation hasn´t disappeared just because Brexit is on the menu.

There are people who are not happy taking on investments which carry risk. If we ignore the risk of inflation for the time-being, we have solutions which can cater for those who are happy taking some investment risk but without the volatility of stocks and shares. Figure 2 illustrates that an investment with approximately an eighth* of the risk of the FTSE100 has still managed to perform well, certainly when compared to inflation. One must bear in mind costs but, even allowing for these, people who were invested in this type of investment on 20th February 2016 would have seen an increase of around 15%. Taking inflation into consideration, it would still have produced a figure of around 6%, a lot better than “losing” 9% by leaving the money in the bank.

With the exchange rate between GBP and Euros down about 12% over the same period, the need to receive more in income has become even more important. Losing 20% or more in real spending power has proven to be a tough pill to swallow. Get in contact so that the possible “Never Ending Story” called Brexit doesn´t lose you even more over the coming years.

To find out how we can help you with our financial planning in a manner protecting you and your loved ones, contact me at john.hayward@spectrum-ifa.com or call/WhatsApp 0034 618 204 731