The 5 Trendiest Neighbourhoods You Have to Hit in Barcelona

From bohemian havens, stunning architecture to ground-breaking infrastructure, Barcelona is filled to the brim with chic neighbourhoods for all tastes. 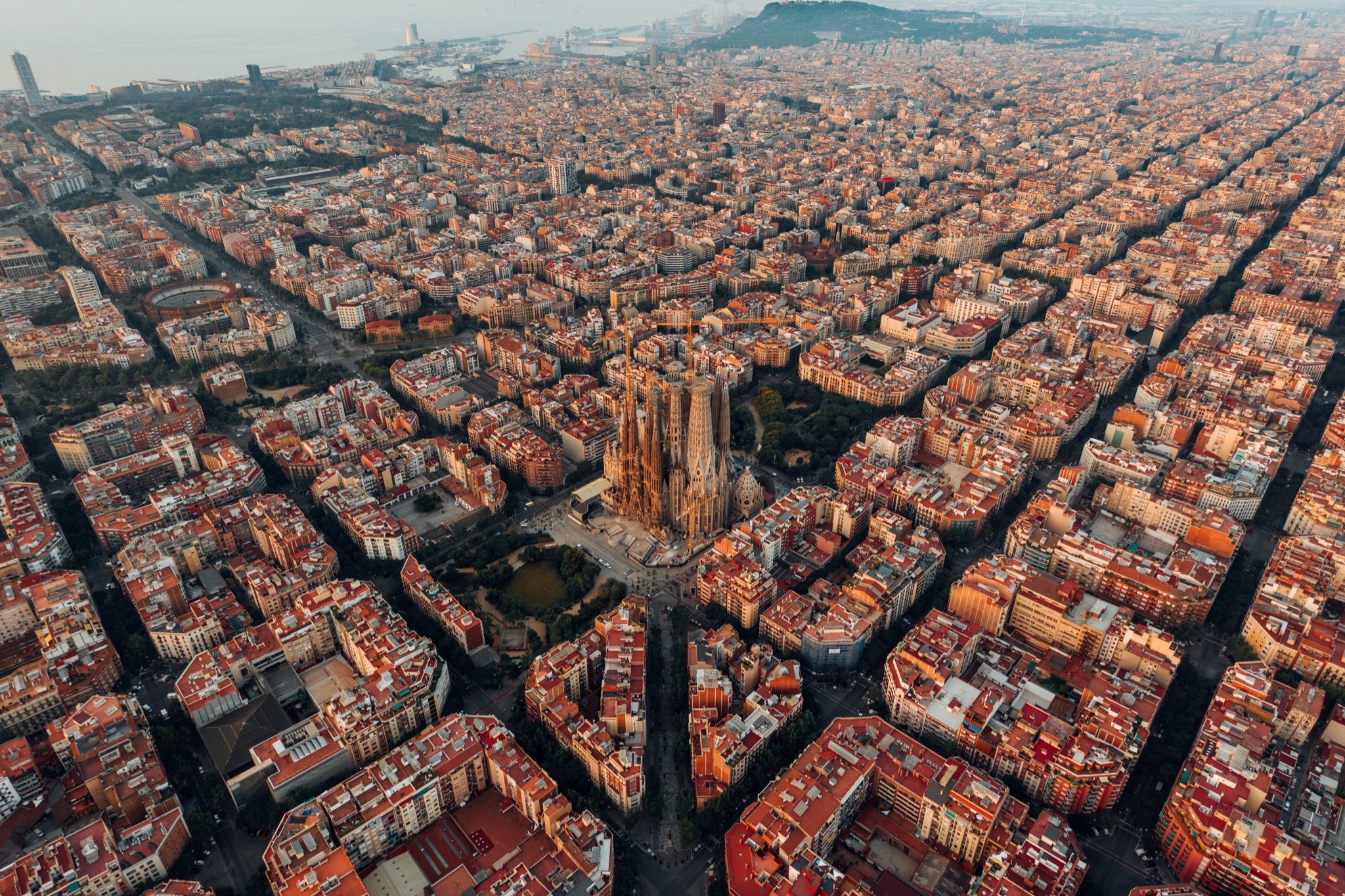 In Spain, the two main cities are its capital, Madrid, and Barcelona. These are two of the most visited cities in the world, despite the fact that the circumstances of tourism in 2020 have changed.

Barcelona is one of the most cosmopolitan cities in Europe. People from all over the world live here, establishing an intercultural communication that few places allow. Moreover, its history, its neighbourhoods and its culture make it one of those cities that must be visited and discovered at least once in a lifetime.

And not only this but also, according to Time Out magazine, Barcelona is considered to have some of the trendiest neighbourhoods in the world. If you’re curious as to which ones they are, then keep reading.

Holding a dear place in the hearts of many, Gràcia retains that old-fashioned village feel. Having become an independent municipality until relatively recently, it has a multitude of boutiques, arty workshops, and venues for a vibrant social, cultural and leisure life.

Gràcia just oozes cool. It’s filled with chic cocktail bars, delicious brunch spots, designer boutiques, and hipster hangouts. After spending a hectic day hitting the main sights of the Sagrada Familia and Parc Guell, spending the day strolling in this cool area is like a breath of fresh air.

Gracia’s squares were built as the focus of social and recreational life for the locals and visitors of Barcelona. In total, the neighbourhood is dotted with about 15 of them, which have become colourful and vibrant spaces to meet, chat and have a drink or some tapas. 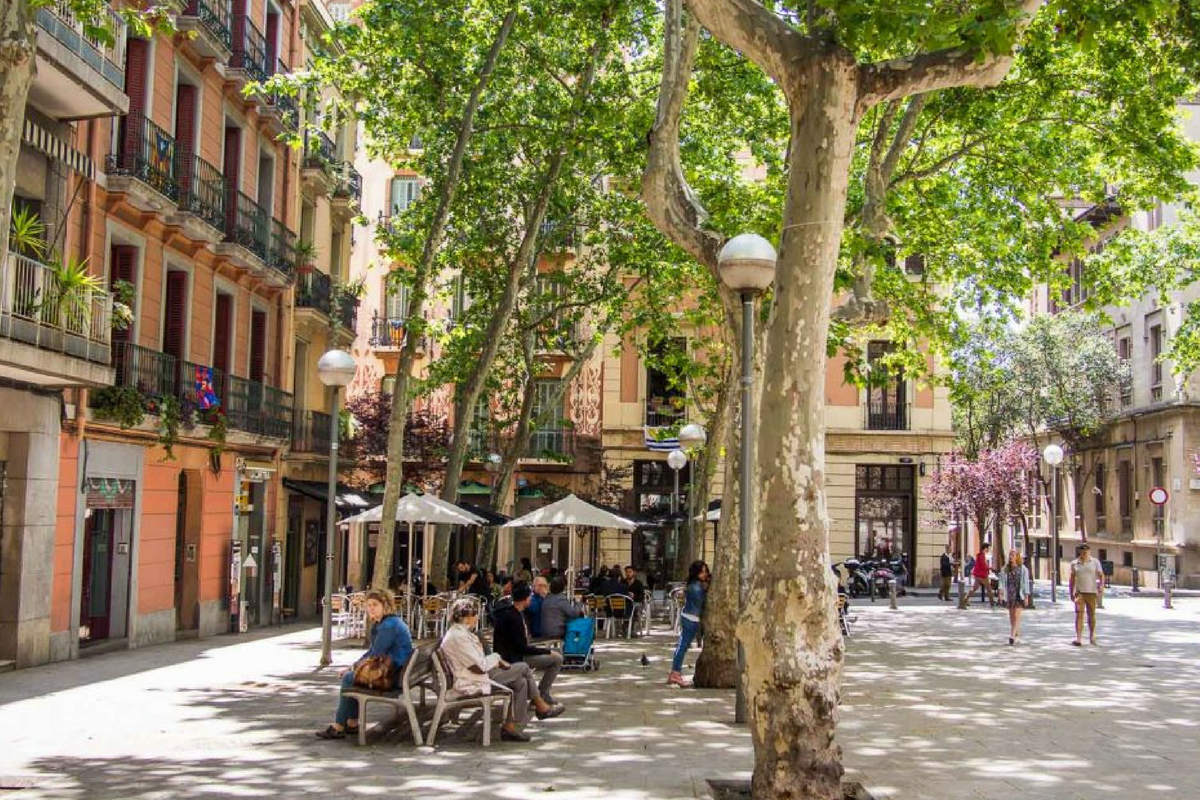 Gracia is full of enchanting squares to spend the day people-watching.

As one of the most modern neighbourhoods today, Sant Antoni has been gaining prominence for being very close to the city centre and yet maintaining its own essence and traditional establishments. Nowadays, this area is one of the most sought-after for enjoying vermouth, tapas or a stroll around the emblematic Sant Antoni Market.

In addition, more and more people want to open their business there and in its streets, you can find art galleries, vintage fashion shops, slow food restaurants, and so on. If we had to describe the Sant Antoni neighbourhood as a fashion trend, it would undoubtedly be “hipster” or alternative. 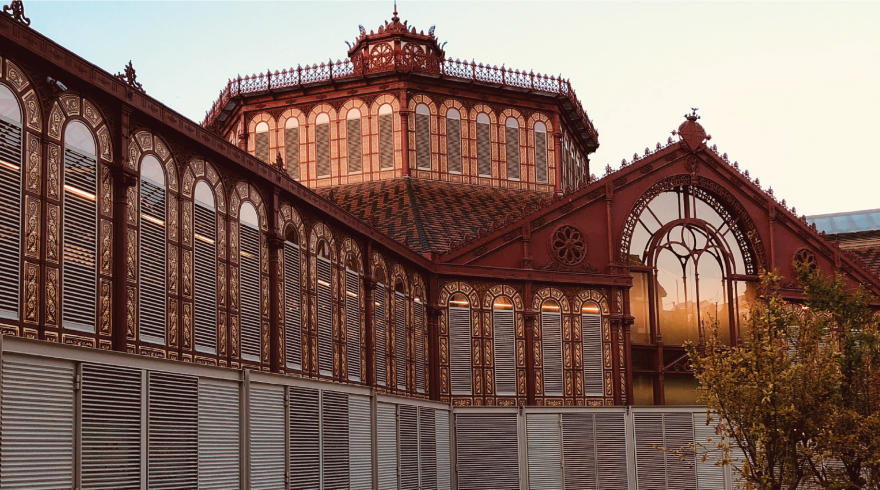 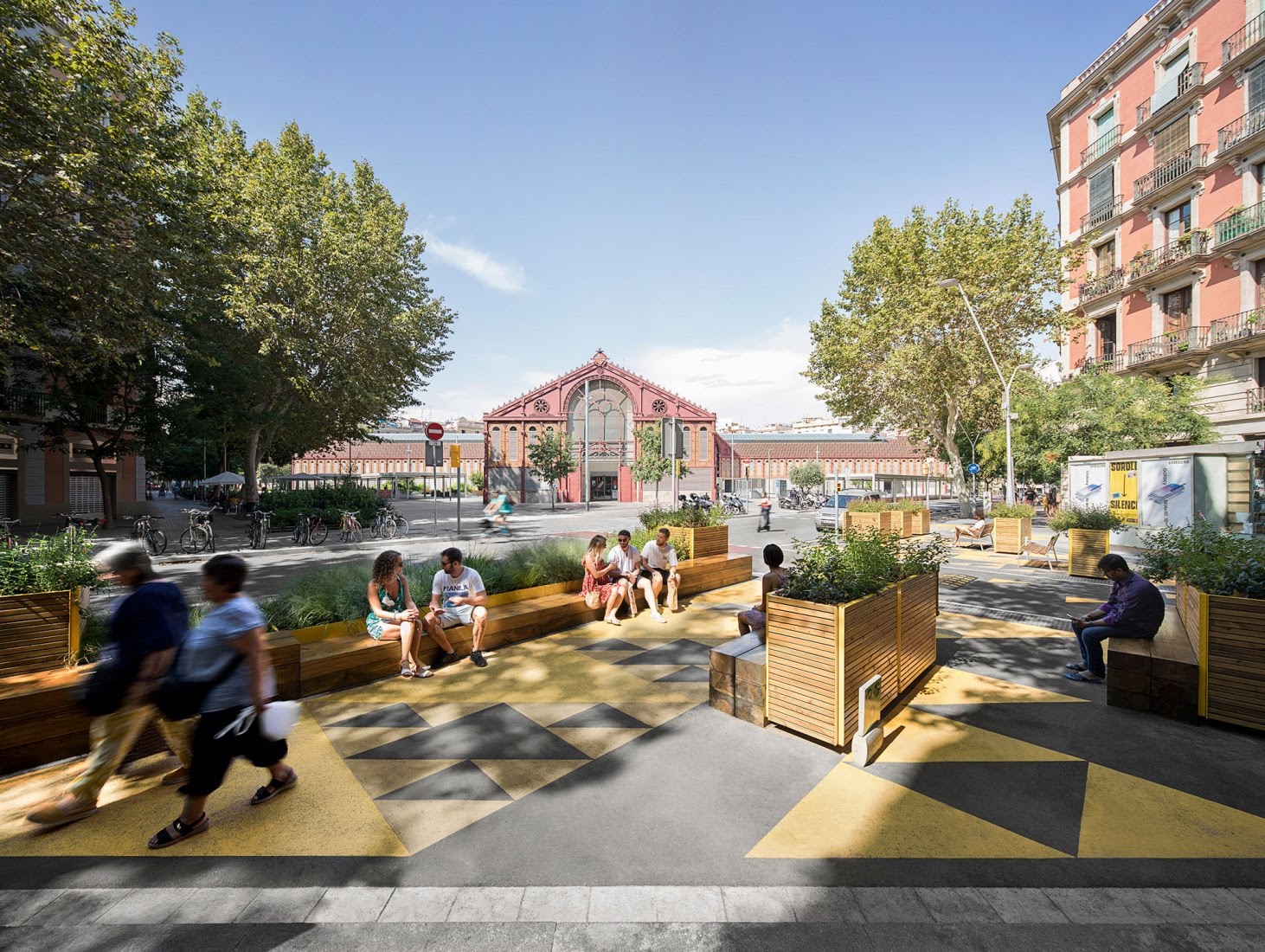 El Born is easily of the Catalan capital’s most visited neighbourhoods, with a great selection of bars, restaurants and places to go for a drink. It’s also part of Barcelona’s old quarter, so as you stroll around, you’ll come across historical gems such as the Palau de la Música, and the medieval streets that fill this neighbourhood.

Carrer Sant Pere més alt is where you’ll find alternative shops with original designer products, but if you’re looking for a place to enjoy gastronomy, the Mercat de la Princesa offers a very avant-garde selection of signature food at a good price.

But, without a doubt, the Rambla del Born, as well as the narrow streets that branch off from it, is one of the best areas of the neighbourhood where you’ll find the Santa María del Mar Church, which inspired the creation of the novel “The Cathedral of the Sea”. Don’t forget about the Picasso Museum on Carrer Moncada, as well as theatres such as La Seca Espai Brossa and a large number of bars and restaurants perfect for recharging your batteries. 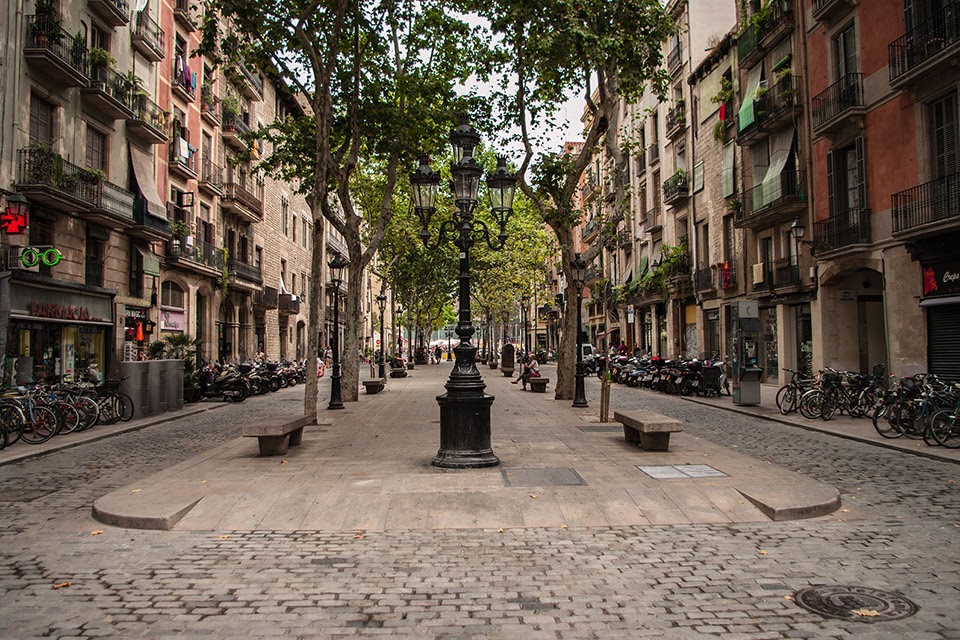 The Rambla of El Born 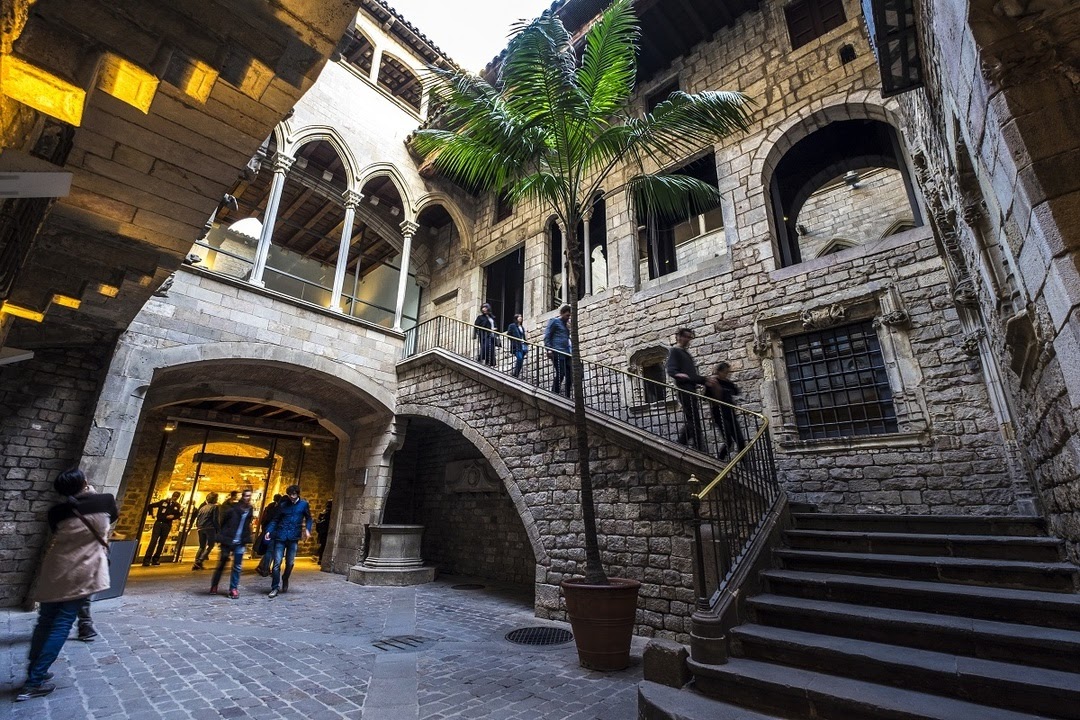 The Picasso Museum in El Born

Home to the Sagrada Familia, the iconic neighbourhood of Eixample is where you’ll find the most points of interest for tourists and locals. As a result of the ingenious urban planning of the Catalan engineer Ildefons Cerdà during the 1850s, Eixample is a perfect grid of wide, perpendicular streets forming blocks of 113 metres on each side, facilitating visibility and traffic circulation.

Passeig de Gràcia is the main street in the Eixample and one of the most representative of Barcelona. It is located in the heart of the district and marks the dividing line between the right and left sides of the Eixample.

On one hand, Eixample serves as a showcase of architecture, because it is the avenue with the largest number of modernist buildings and where there are several art galleries. On the other hand, it’s considered the most elegant avenue in the city because it is home to an infinite number of shops, boutiques and shops of the best national and international brands. 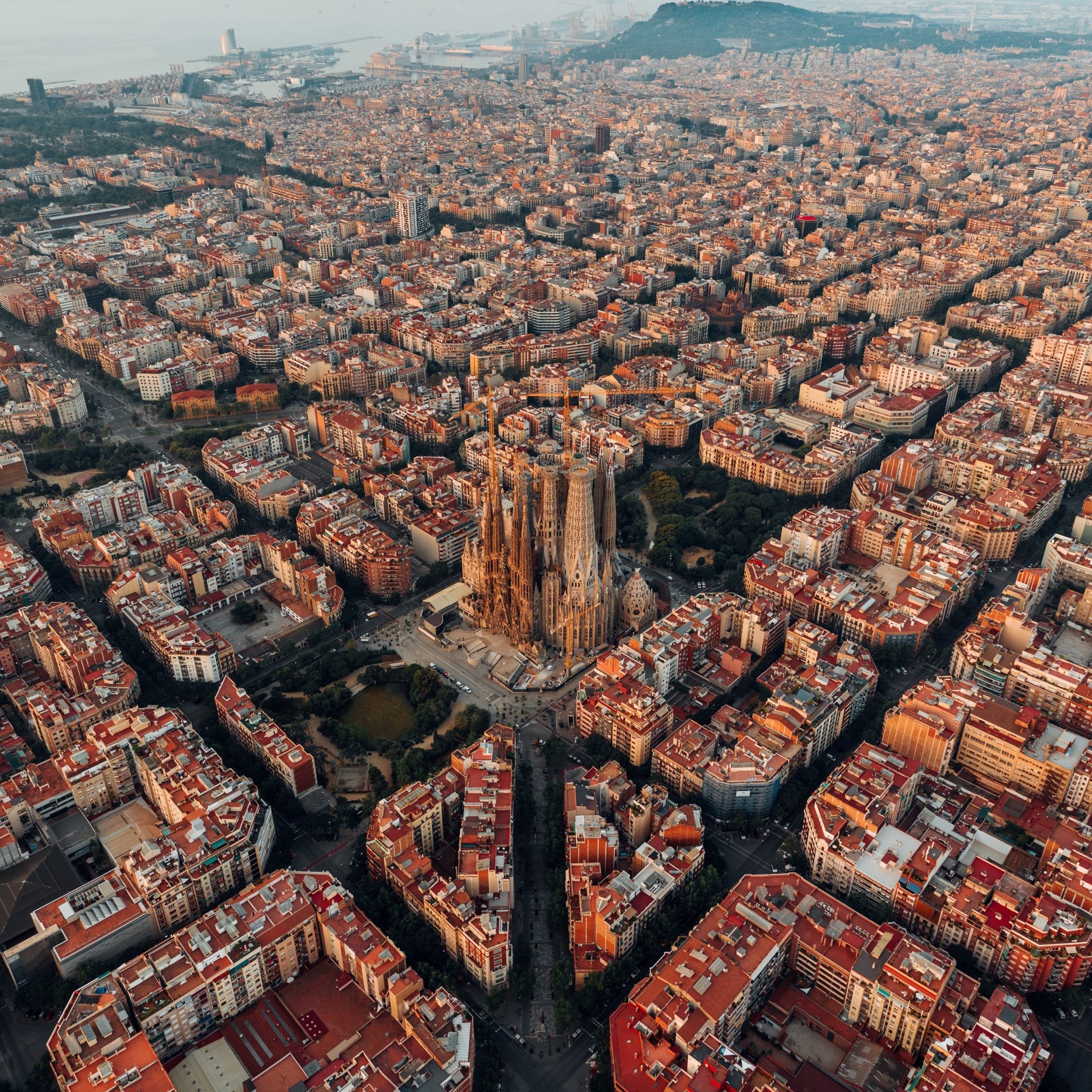 Eixample is renowned for its “perfect grid” street layout.

Considered Barcelona’s most creative area, Poblenou is one of those places in Barcelona that deserve to be discovered on a leisurely stroll. The area is renowned for the undeniable historical, architectural and economic importance it has had since the 19th century.

From that period, there are still towering brick chimneys that bear witness to one of the largest concentrations of industry in southern Europe, as well as centuries-old factories that, in some cases, have been restored and converted into facilities, museums and universities.

To discover Poblenou you can walk from Bogatell Beach to Mar Bella where you’ll find a promenade with beach bars and places to have a cool beer in the sun. La Rambla de Poblenou is also a great place for tapas and to get to know the atmosphere of the most authentic neighbourhood. But if you want to get to know the most original part of the neighbourhood, the best thing to do is get off at the Llacuna metro stop and wander through what they call “Poblenou’s Eixample”. 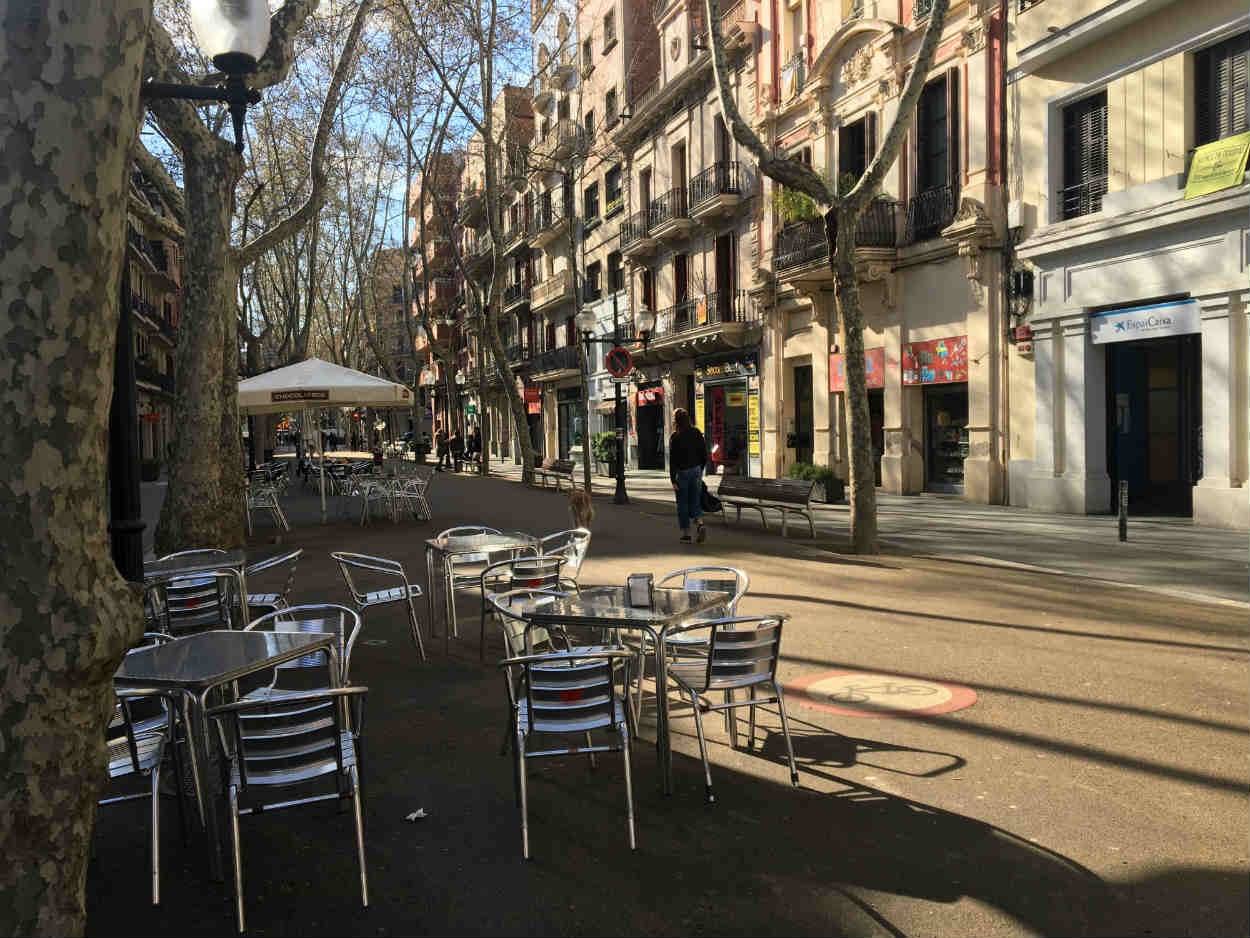 The Rambla of Poblenou 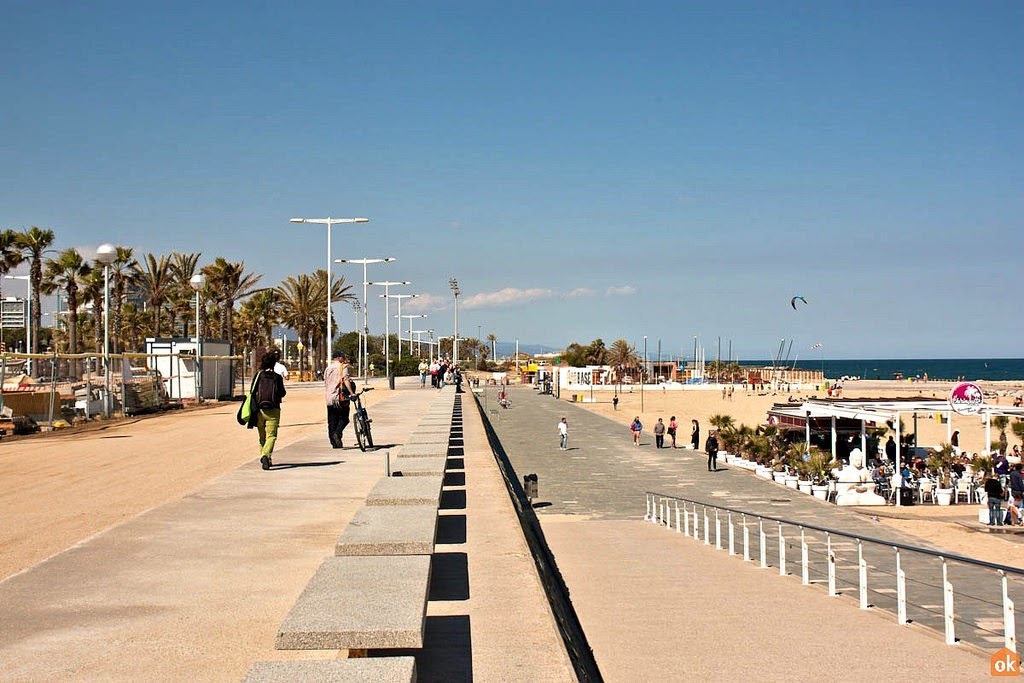 The promenade at Bogatell Beach

Previous articleMeet Quique Dacosta: Chef Extraordinaire in Denia and Valencia
Next articleThe Best Places to Stay on the Costa del Sol for a Sensible Price