Take a Look at Some of Spain’s Most Stunning Ports

From the Balearic Islands to Asturias and Catalonia, let’s sail around some of Spain’s most gorgeous ports.

At Spain Life Exclusive not only do we like to sail, but also love a relaxing stroll along a port at dusk. There’s nothing like sitting aboard a boat while sipping on an aperitif while contemplating a beautiful harbour.

That’s why we’ve compiled a list of the most charming ports in Spain. Come onboard and sail with us as we take a look at our favourites:

If you decide to cast off and head for a few days of relaxation in the Balearic Islands, we recommend that you enjoy the Port of Palma de Mallorca. Found on the south-southeast side of the island, it’s the best rated by residents for the proximity of services for its quiet promenade and its many services.

For Mallorcans, enjoying the Port of Palma is only rivalled by Alcudia and its port, which for decades has been a traditional summer resort, with archaeological gems such as the Roman city of Pollentia, and with a port that is well divided between the commercial dock and the recreational area for small boats.

Arriving at the port of Mahón is a spectacle. It is a natural harbour of 6 km, one of the largest in Europe that has served as a refuge for many ships for centuries. Its waters are very calm and getting to the mooring is a pleasure for the eyes. You can contemplate beautiful villages, the island of the King for example with the ruins of a military hospital of the 18th century. 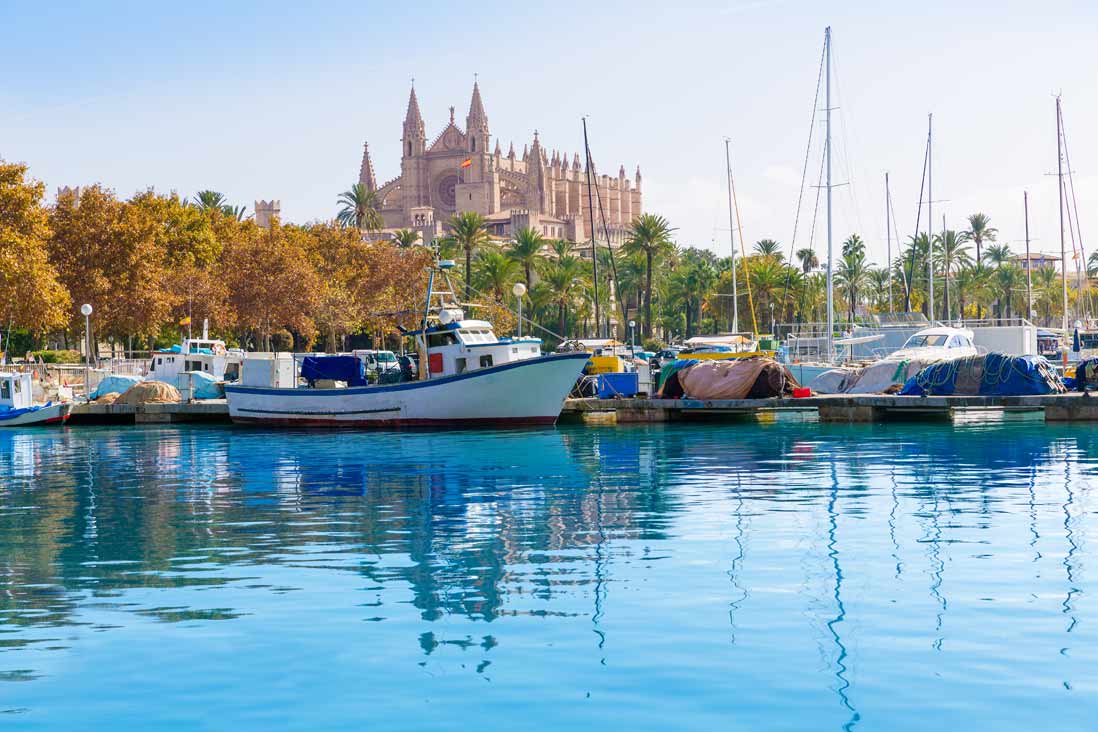 Puerto Banús stands out for its ostentatious pleasure boats where you can cruise for several metres. If you visit Marbella, this is one of the places you must see – at least once in your life.

One of the activities you can do is to rent a boat where you can have beauty treatments on board. You can also go on an excursion where you will have the chance to see dolphins, a unique experience in a unique place.

Simply strolling through its streets you will discover its fantastic facilities. A place that forms part of the “Golden Triangle” is formed by the towns of Marbella, Estepona and Benahavís in Málaga. Puerto Banús also belongs to Marbella’s Golden Mile.

Walking through the port you will see the main street with white houses that simulate an Andalusian village, something that José Banús thought of when he built the iconic and most exclusive port on the Costa del Sol.

You’ll also find luxury shops on the same street and you’ll come across more than one high-end car, as this area is also well known for being frequented by this type of vehicle.

As for restaurants, although there are some very high-end places, you will also find a wide variety of options. 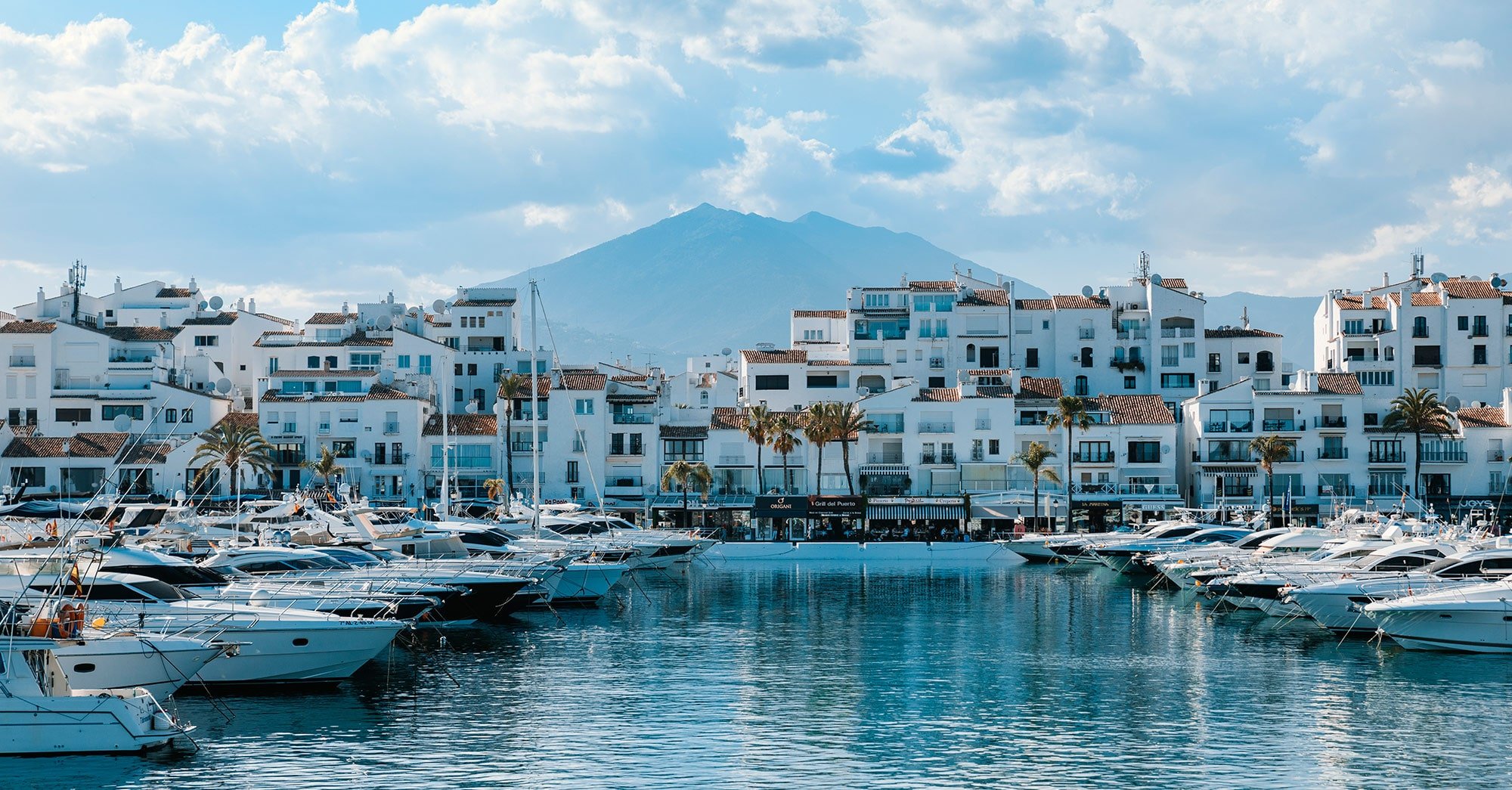 Dénia, in the Mediterranean province of Alicante, is undoubtedly one of the best destinations to enjoy during the summer season. The climate in the town of Dénia is simply spectacular, many would say enviable, without a doubt. It is a port city in the Spanish Levante, and there you can enjoy wonderful temperatures.

In summer, the average temperature is between 29 and 31 degrees Celsius, and in total, Denia enjoys around 3,000 hours of sunshine a year. Therefore, this great climate and temperatures make it one of the best options to go on holiday this summer. Denia is probably one of Spain’s most important ports, as it has boats and ferries that travel to the Balearic Islands such as Ibiza and Formentera, as well as to the Canary Islands.

The new Purobeach Dénia, on the right coast of the port, is one of the most exclusive beach clubs of the Purobeach brand so far. The one in Dénia will offer the best experience in front of the Mediterranean from its sunbeds and swimming pool, with Puro SPA treatments, signature cocktails, the best music and international gastronomy on offer. 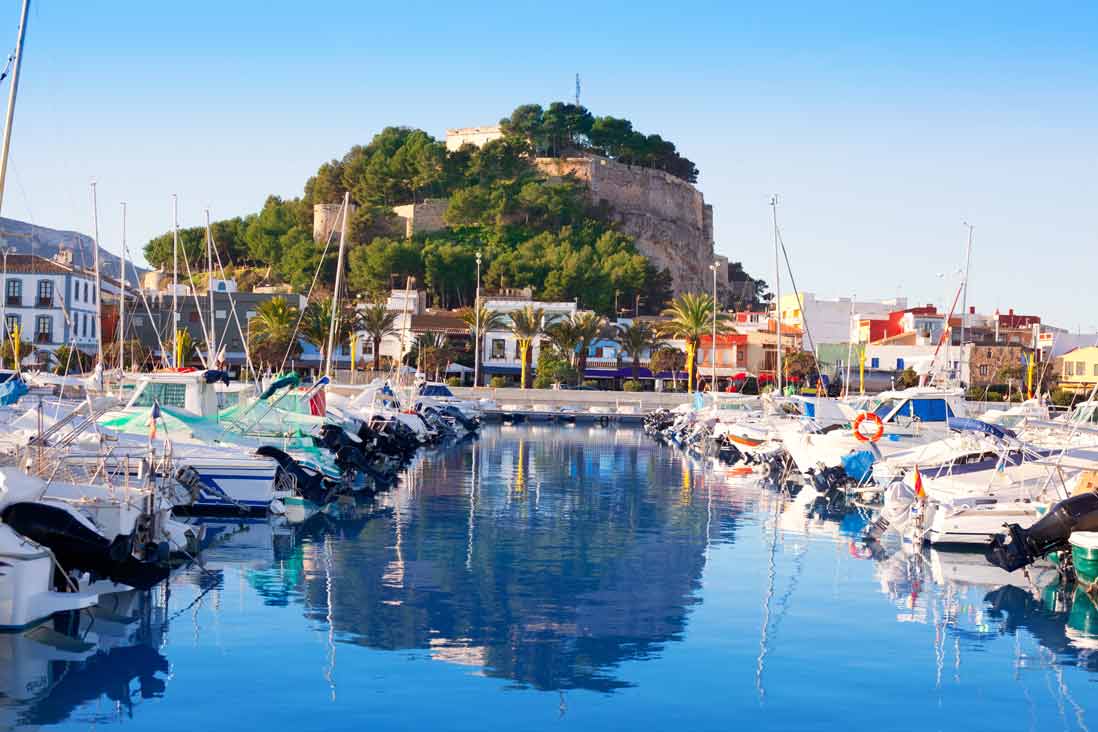 This is an atypical floating harbour in the province of Huelva. The harbour is integrated into the river Piedras, protected from the currents by the Flecha del Rompido and by the long beautiful beaches of the Atlantic. Besides being a river harbour, it’s located in the middle of a natural park, which makes it look more like an anchorage than a harbour. 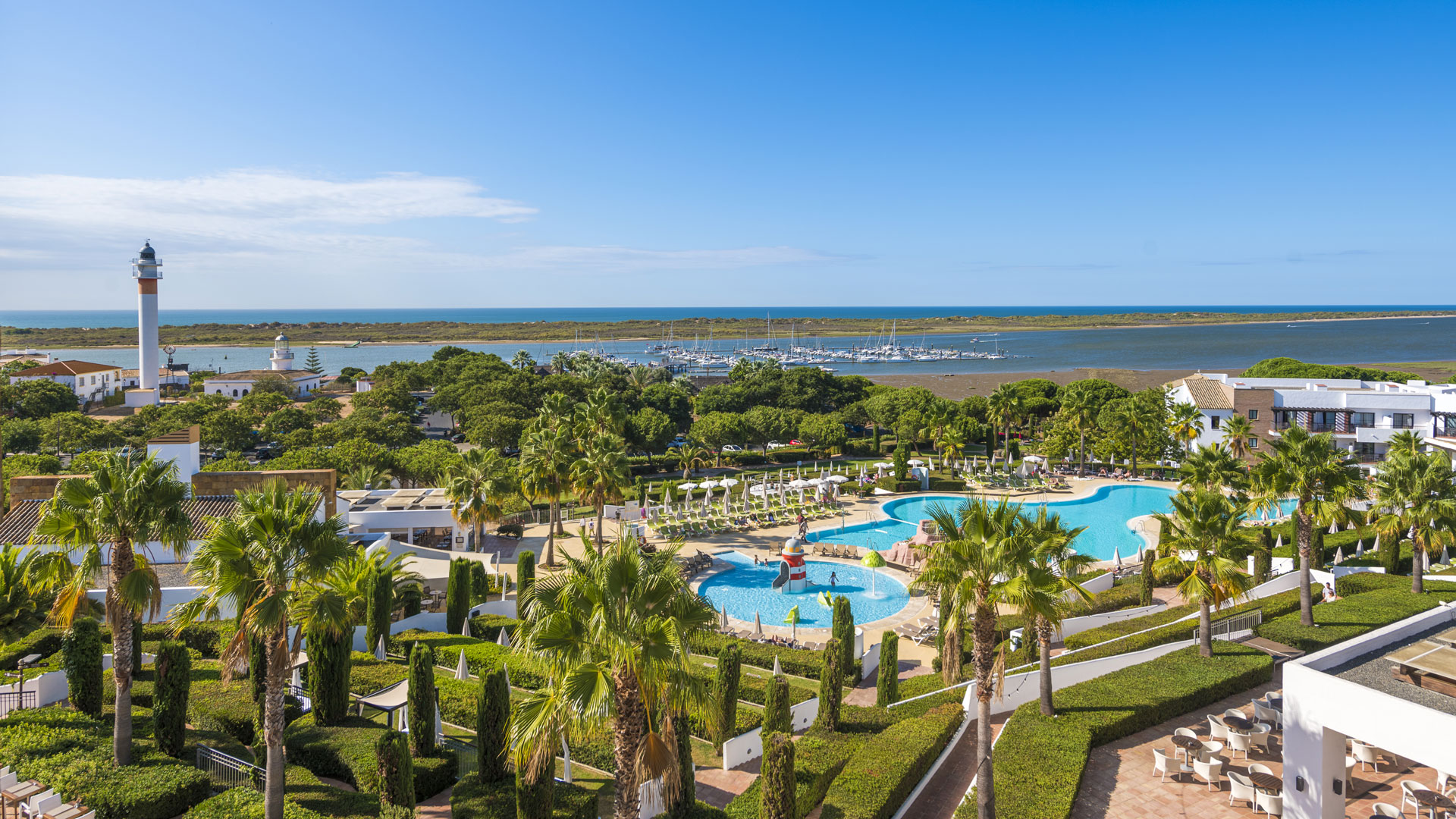 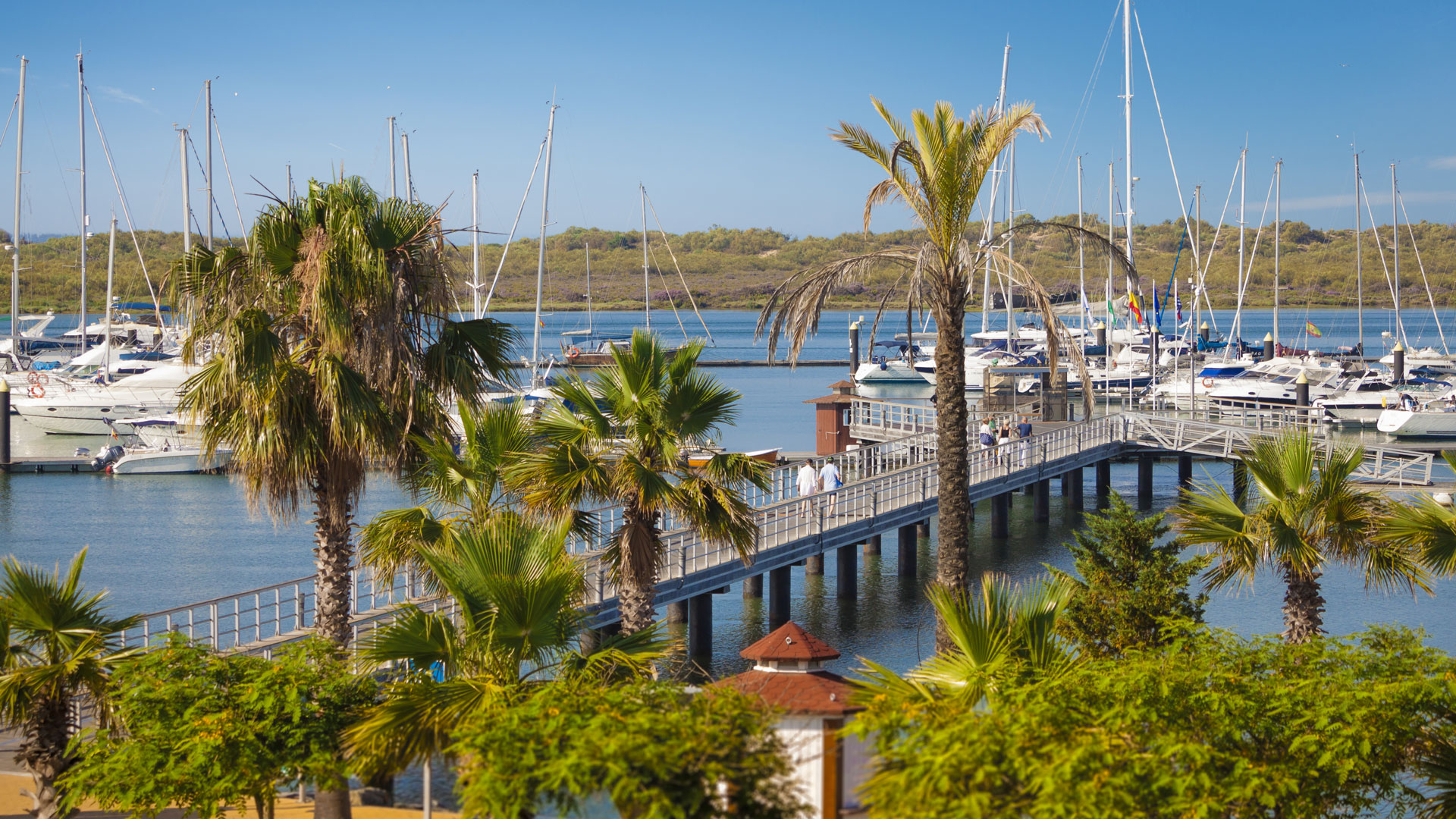 Cudillero is a fishing village nestled on the side of a mountain, where its characteristic houses with coloured windows are piled up like an amphitheatre surrounding the sea. It’s one of the most traditional seafaring villages in Asturias.

So much so, that it has two ports: in the new one, you can still see the day-to-day life of the fishermen on fishing days, when they unload the catch for auction next to the fish market. As for the old port, it is no longer in use but it is still a good place to stroll around, as well as being the access point to the lighthouse

It looks like a swimming pool in the middle of the sea with stones surrounding it. From the sea, at first glance, the little houses look overhanging due to the slope of the hillside. 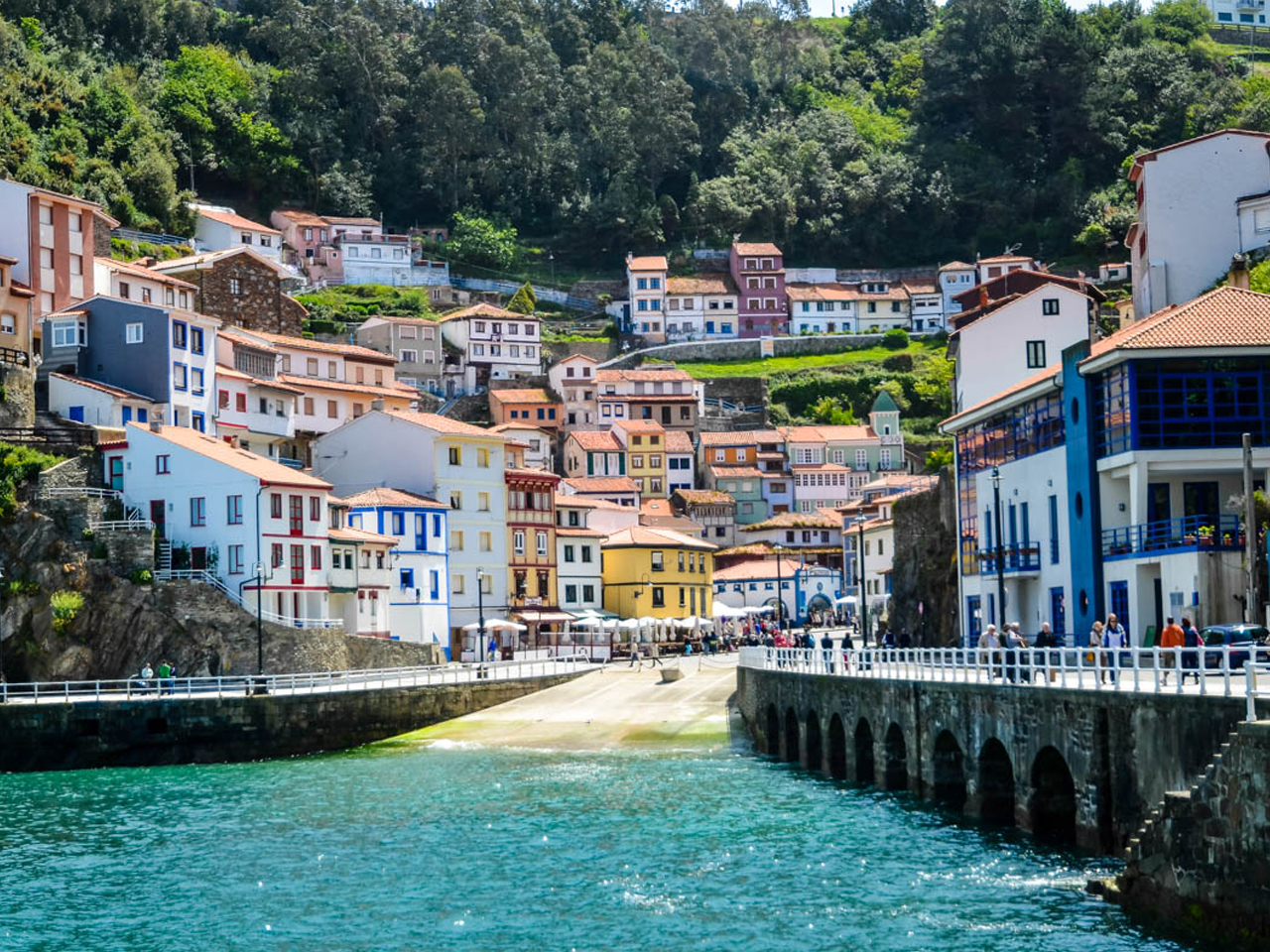 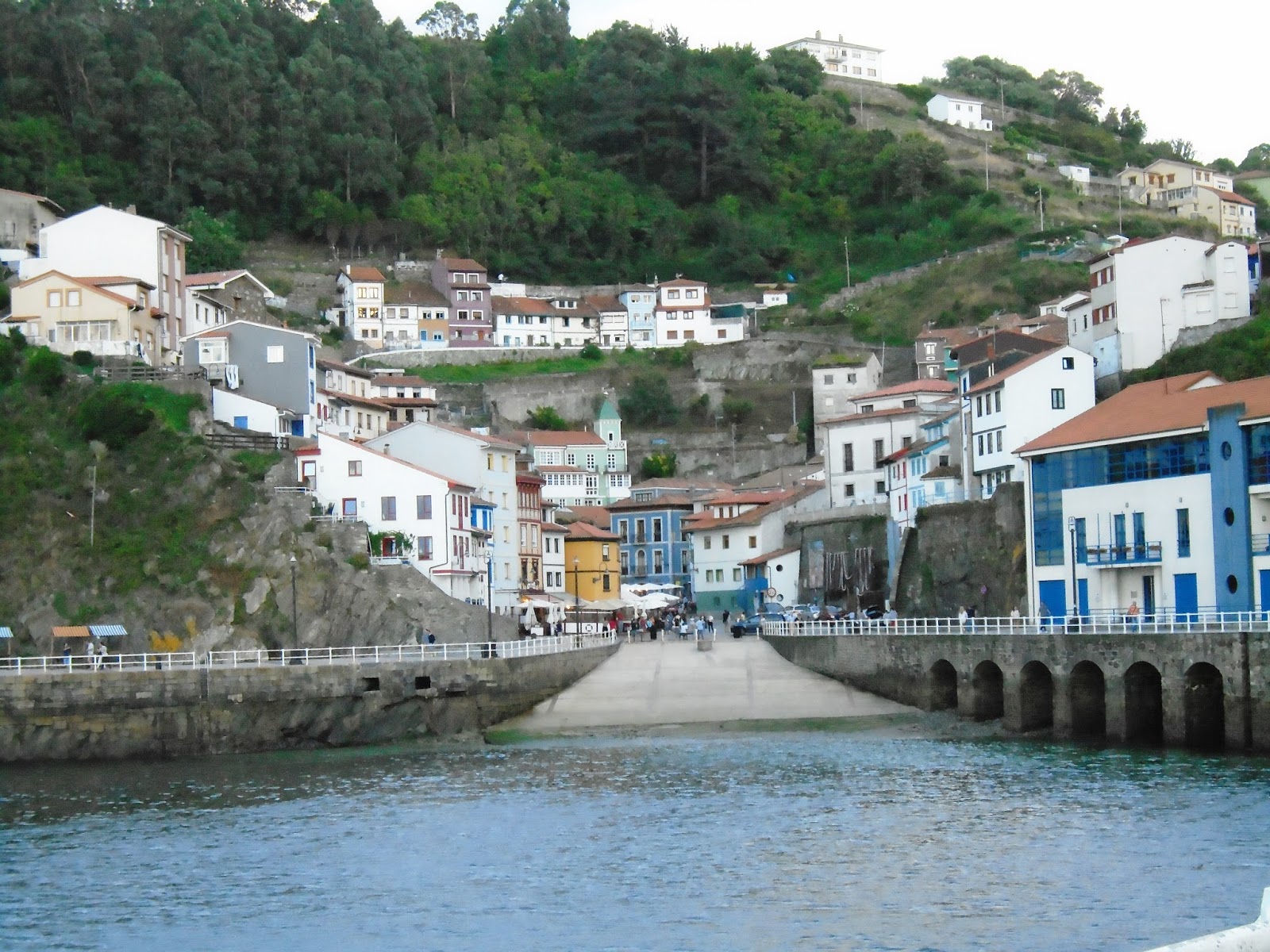 Our list wouldn’t be complete if we didn’t we can opt for a trip to Tarragona or to the coast of Gerona: in other words, from the Costa Daurada to the Costa Brava. There, L’Ametlla, Cambrils or Salou awaits, as well as Sitges or Vilanova to the south. Towards the coast further north, we have Arenys, Malgrat or Calella, and also Sant Feliu, Palamós… as far as Cap de Creus. 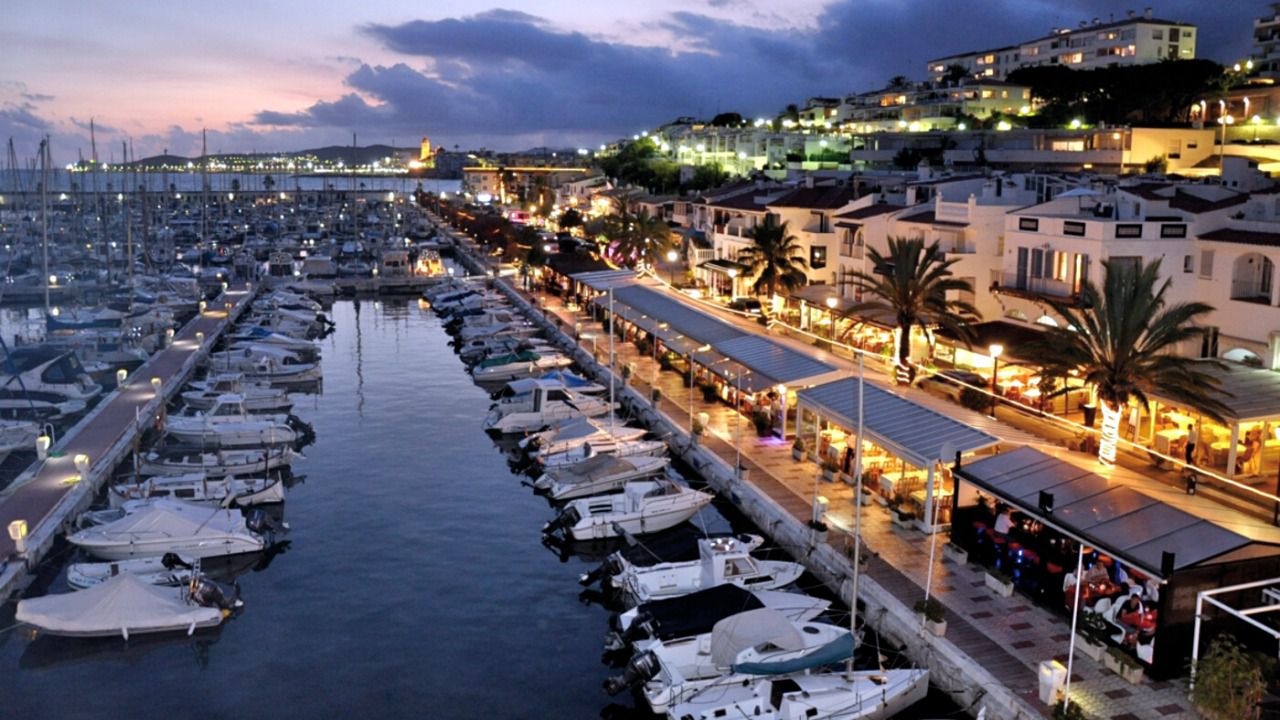 Among them, the port of Sant Feliu de Guixols has something special for its panoramic view of the town at the top, and easy access to beach facilities.

We can’t forget about Port d’Aro, which borders the municipality of Platja d’Aro with S’Agaró. The town prides itself on a strong fishing tradition where the boats and moorings were right at the foot of the fishermen’s houses. Narrow marshes, with very good facilities and a natural shape that reminds us, on a small scale, of Mahón, and makes it another port worth visiting for its beauty. 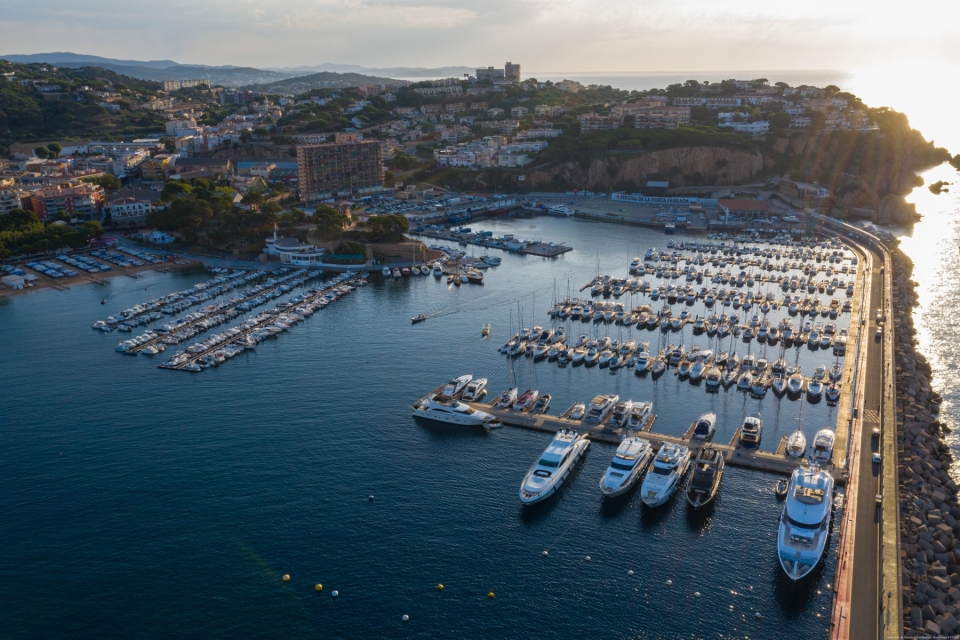 Cadaqués is a small wild fishing port, where interestingly, the house of Salvador Dalí is found One cannot avoid mentioning the artist’s famous painting, the “Girl at the window” looking out of the window contemplating Cadaqués. It’s considered to be one of the most beautiful villages in Catalonia, perfectly integrated with the Mediterranean Sea with its little fishing boats and its turquoise green water. 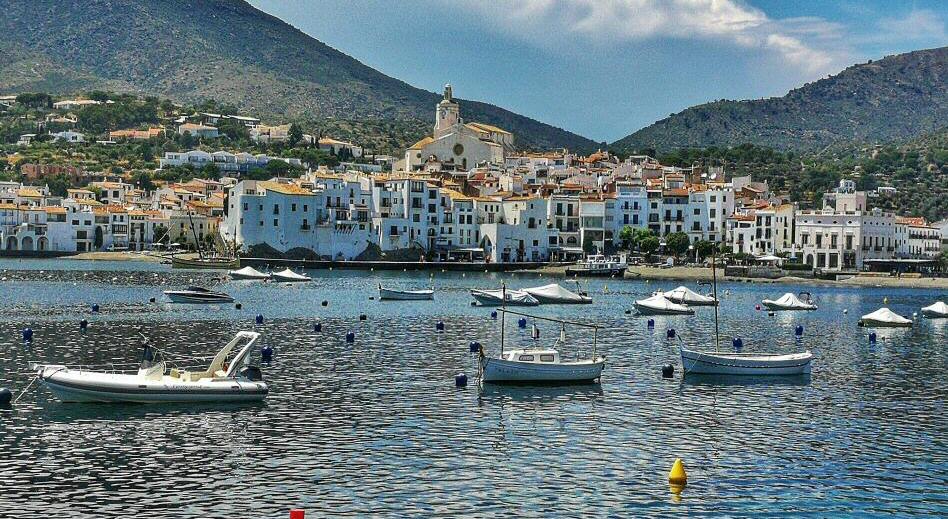