Sugar Radio: The best in music, and getting better all the time

Sugar Radio is the New Kid in The Block in terms of radio stations on the Costa Blanca. Surprisingly, while some of the other stations have been cutting back on air time during lock-down, Sugar Radio owner Lee Fox and his dedicated team of professionals have managed to get three new online stations up and running. The new outlets are dedicated to the music of the 1980s, 1990s and the Noughties, and they are already attracting a lot of interest, with the 80s station just edging ahead in the popularity stakes. 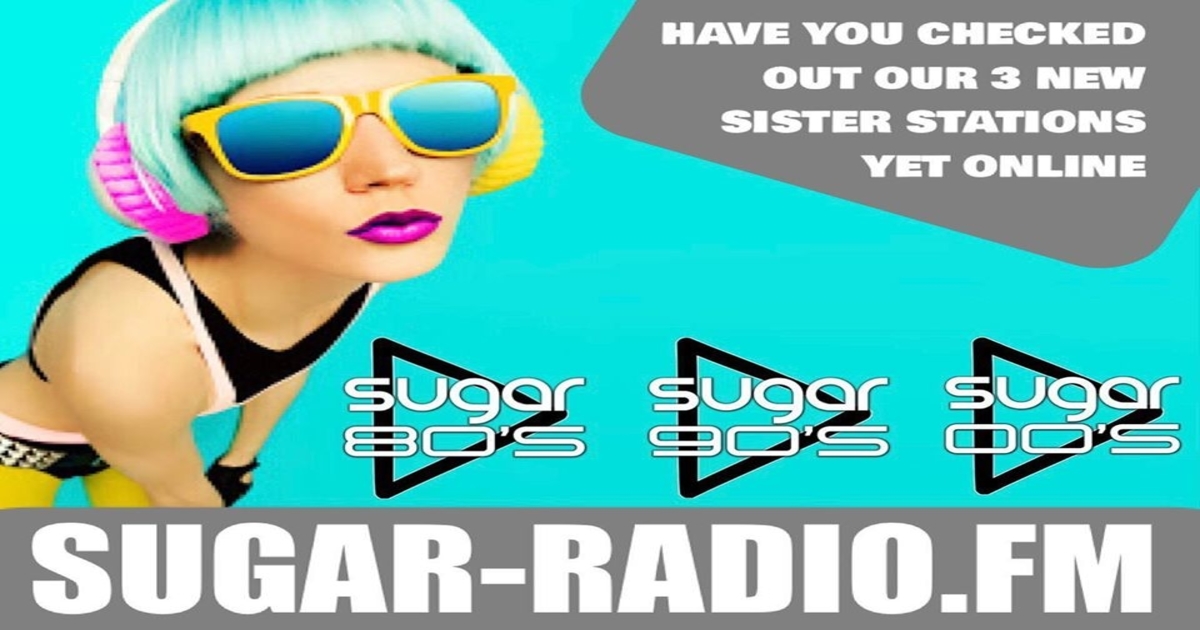 Lee acknowledges he couldn’t have achieved any of this without his right-hand man, Station Producer Elliot Holman, who, like Lee, is totally dedicated to making Sugar successful. He says:

Elliot and myself are like brothers from another mother. He’s a great guy, and we share the same dedication and commitment to drive Sugar to the top spot. In fact the Sugar Crew is one big dedicated family. Sugar is the home of the 4 Day Weekend, where Thursday is the new Friday. We all have so much fun, and that comes across to our listeners. 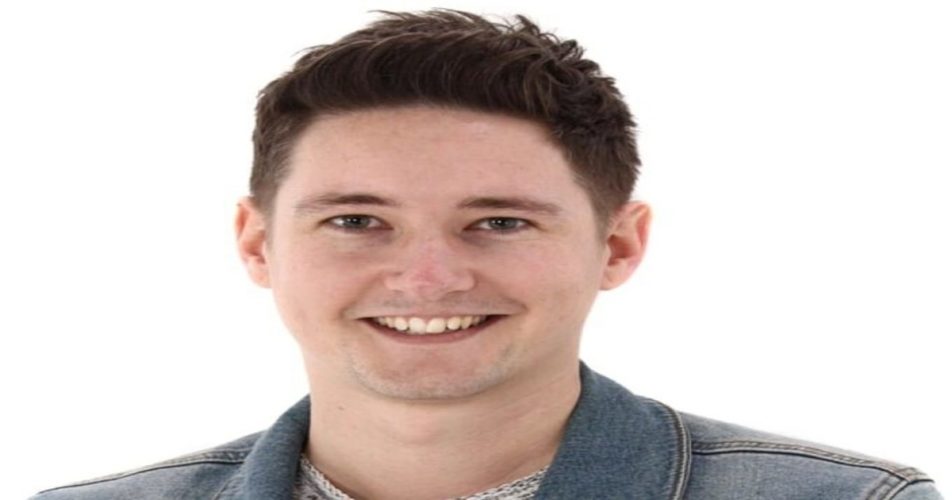 Spain Life Exclusive caught up with Lee, who is also an actor, producer, presenter and voice over artist, to hear about the new stations and what’s new for this dynamic station as Spain prepares to move out of lock-down and into a new kind of normal. One of the first things Lee will do is introduce new presenters Mollie and Alex to the rest of the Sugar team, when the presenters come back into the studio on the La Finca Commercial Centre, Algorfa, next week.

On March 13, as Spain went into total lock-down, Sugar’s technicians were busy ensuring all the presenters were equipped with home studios, so the station could broadcast while keeping the lifeblood of the outfit – the presenters – safe and well. Lee was also keen to be seen to be complying with government directives. He told me:

I have great respect for what Pedro Sanchez has done. He’s been faced with an unprecedented situation, and he’s thought of the people first and foremost. This resonates with me, because I want my presenters and my listeners to be safe and happy.

When the team return to the studios, the usual health and hygiene protocols will be in place, including social distancing, extra cleaning, and just one presenter in the studio at a time. Each will have their own microphone cover, or muff, which they will take home and wash after their shows. The team are eager to get back together again, although some of them have really embraced working from home, and have presented their shows in their pyjamas.

I was interested to find out how Lee has managed to launch the new stations, when everyone was missing from the studio, and it turned out there are some benefits of lock-down. The main advantage, as we’ve heard from other friends of Spain Life Exclusive, is that everyone has had more time to get on with things that were pencilled in for the end of the season. More than that, there’s been enough time to do these things properly, and more quickly than anyone would have imagined, and that’s what’s happened at Sugar Radio. As Lee said:

If you can get enough creative heads together, you can achieve anything, any time you want to. And all our staff are passionate about radio.

Sugar Radio has certainly been a story of achievement, from its opening in December 2018, and there’s much more to come. The station already broadcasts the Southern Costa Blanca, Northern Costa Blanca, Tenerife and Lanzarote, and is scheduled to grow and reach the Costa del Sol, Balearic Islands and other areas of mainland Spain.

However, Lee feels Sugar’s duty is to be part of the local community too, and in September 2019, just nine months after launching, Sugar hosted the successful Sugarfest Music Festival in Algorfa, which was enjoyed by locals and visitors alike. The 10 hour festival, hosted by Lee and Gail Porter, who came to Spain specially for Sugarfest, was a great success, and is set to be an annual event, but the Covid-19 outbreak has put that on hold for now. However, the team are looking at other ways to bring live music to the public, such as live broadcasts and roadshows.

So, who’s the man behind Sugar’s success? Lee is in his forties, and has 25 years background in sales and marketing. When he came to Spain about 18 years ago, his first job was in radio advertising. Then he was asked to present a weekend show, and that was it – he was hooked! He took the time to learn everything there was to know about broadcasting, from the bottom of the pile up, with the ultimate aim of having his own station.

The acting isn’t something new for him – he appeared in children’s sitcom Supergran in the mid 1980s. More recently, he’s been in Benidorm, and has been working on the Scandinavian-produced thriller feature State of Prey, which was filmed mostly on location around the Costa Blanca.  Like everything else, it’s been held up by lock-down, so watch this space for news of release. Lee plays hard man Pablo, and I couldn’t resist asking if the tough guy has a ‘sugar’ coating. See what I did there?

So, what’s next for Sugar Radio FM? For Lee, it’s all about growing, and serving the community, and providing support when and where it’s needed. As Lee says:

Sugar is certainly growing. Between 67 and 94 different countries tune in regularly online, so the website will soon be upgraded to keep pace with the expansion. And plans are already under way for taking the station, and its presenters, forward. The station’s advertising clients have remained with them through the testing times, and now, as Spain re-opens safely, Lee is looking at ways of helping them to boost their brand prominence as the economy recovers. 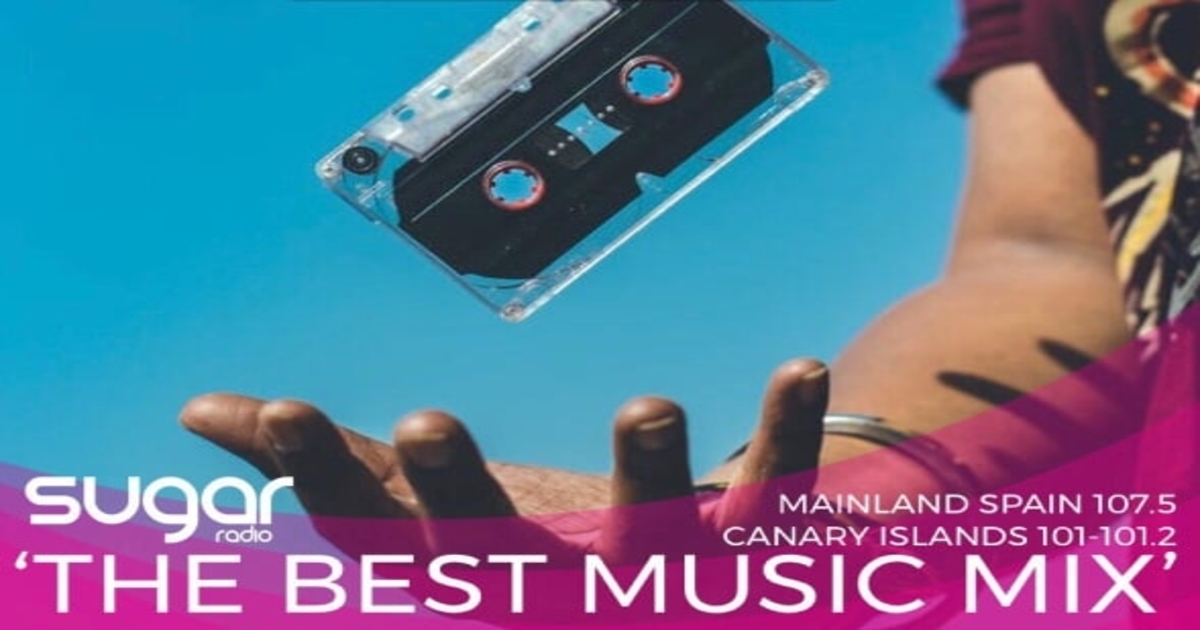