Rhinoplasty is one of the most prevalent cosmetic surgery procedures. Rhinoplasty allows plastic surgeons to modify the structures that form the nose with permanent results and without the use of fillers or prosthesis that may cause difficulties in the future. 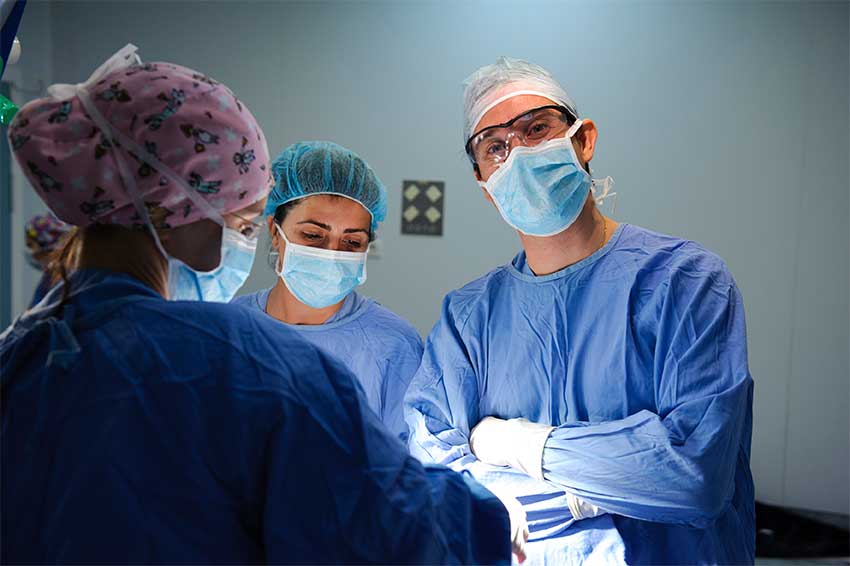 On the right hand, ultrasonic rhinoplasty produces remarkable results, but it is a treatment that is heavily dependent on the plastic surgeon’s ability. Small variations of a few millimetres make a huge impact on the outcome of rhinoplasty.

As a result, it is vital to use technology that allows for more precision, as Solesio Clinic has done by introducing an ultrasonic engine for rhinoplasty into their clinic. 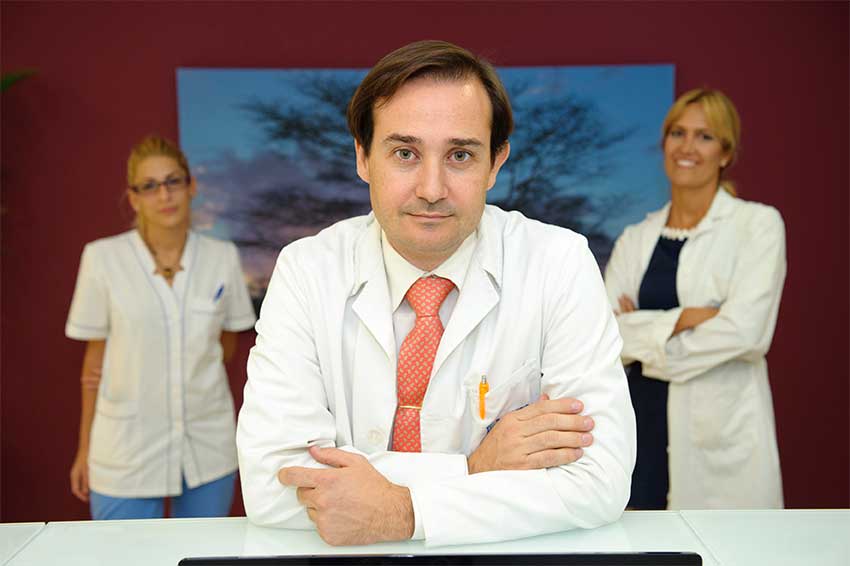 We are currently in the midst of the “boom” of Ultrasonic Rhinoplasty, but the fact is that it is not as new as most people believe at Solesio Clinic, ultrasound technology has been used for several years.  This allows them to give it a practical and real approach, , having gained knowledge of its use and actual results during numerous years of practicing Ultrasonic Rhinoplasties.

Being the clinic with the most years of experience in ultrasonic rhinoplasty has allowed them to develop their own protocol and to develop practical techniques and tricks to achieve more predictable results. 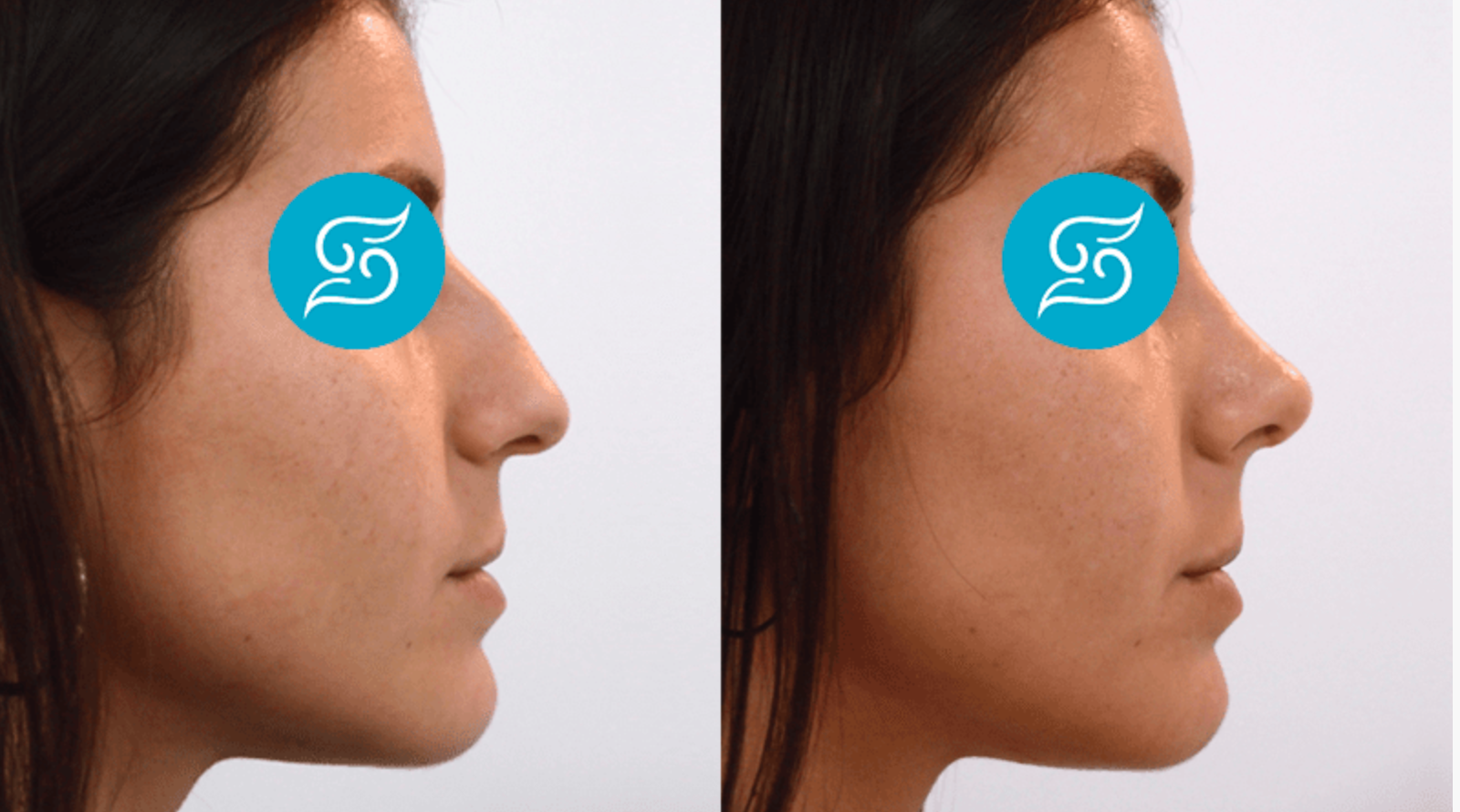 WHAT ARE THE ADVANTAGES OF ULTRASONIC RHINOPLASTY?

The main advantages of ultrasonic rhinoplasty are:

much faster recovery than with other rhinoplasty techniques.

The precise breakage of the bones is the most delicate component of rhinoplasty. A chisel is used in traditional rhinoplasty, which is pounded hard with a hammer until it is forced into the bone, perforating it. A broken line of holes weakens a line where, ideally, the bone will shatter when pressed with force.

The delicacy with which a bone fracture is done utilizing ultrasound is unequaled. Neither in the quality of the cut, in the fracture management, nor in the minimal trauma created. Furthermore, ultrasonic rhinoplasty only slices bone while leaving the mucosa beneath intact, resulting in significantly less bleeding. This revolutionary method is best appreciated in situations with brittle bones.

The less trauma they produce when performing micro-movements with the ultrasonic rhinoplasty instruments contrasts sharply with what used to happen when hitting the bone until it splintered. This has significantly reduced bruising, oedema, swelling and discomfort for their patients with ultrasonic rhinoplasty.

More natural results. Because they have more control over the rhinoplasty surgery, they can conduct fractures with better accuracy. In ultrasonic rhinoplasty, the bone is sliced where it is desired to be cut rather than where it wants to shatter. In this sense, they are in front of the procedure rather than the other way around.

On the other hand, due to the lesser trauma, faster recovery is clearly seen than with classic rhinoplasty (by osteotomy).

Before and After Ultrasonic Rhinoplasty in Alicante with Dr. Francisco Solesio 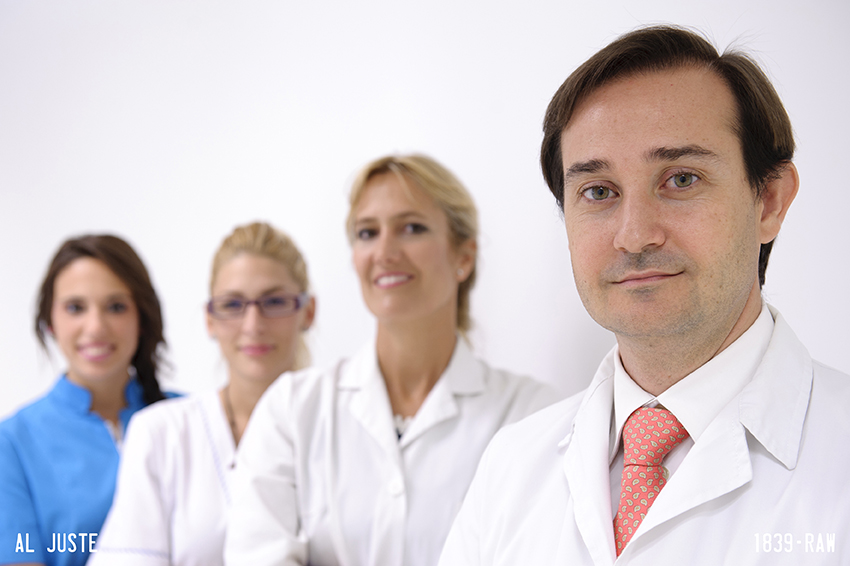 Another advantage of the development of the ultrasonic rhinoplasty technique at Solesio is that they achieve a sufficiently generous fracture to be able to reshape the bone. At the same time, the fracture is firm and stable enough to avoid the use of plugs in rhinoplasty, which is what their patients appreciate the most.

HOW IS ULTRASONIC RHINOPLASTY PERFORMED?

HOW MUCH DOES ULTRASONIC RHINOPLASTY COST?

The cost of this revolutionary method is somewhat more than that of traditional rhinoplasty. The usage of the ultrasonic motor necessitates an additional charge (which is a large investment). Also for the use of inserts (pieces of instruments utilized by the motor) and consumables during surgery. An additional cost of roughly €700 on top of the standard price may be predicted, an amount that is absolutely worth investing in order to achieve the finest possible outcomes with ultrasonic rhinoplasty.

If you are considering a rhinoplasty, opt for an ultrasonic rhinoplasty, it is the evolution of rhinoplasty. If you would like more information, make an appointment with Solesio Clinic by clicking here.

Previous articleA Heatwave is to Hit Spain from this Monday Onwards
Next articleOtero Group’s Luxury Villas in a Gated Community in Real de la Quinta, Marbella