The Marbella cinema offers the possibility of screenings to schoolchildren with educational material to teach them about the figure of the artist. 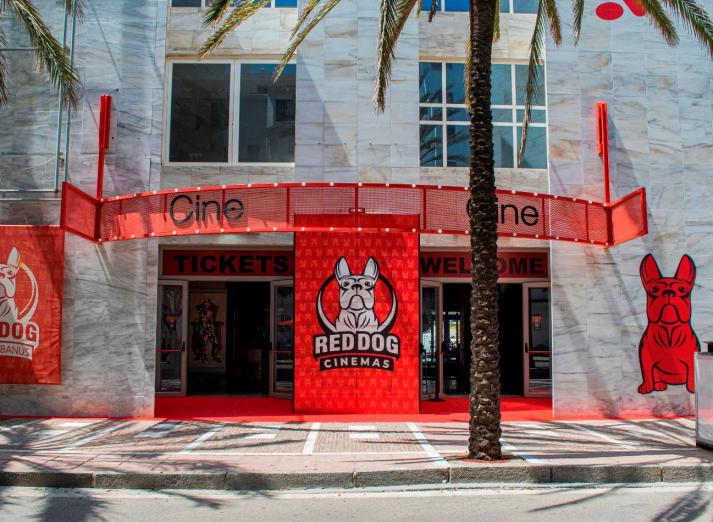 During the year 2022, the theatre world celebrates the 400th anniversary of the birth of the legendary French playwright Molière. His plays have survived the test of time and have become universal classics. Red Dog Cinemas, the Marbella cinema located in Puerto Banús, is commemorating this date with the screening of 4 of his great titles. The programme will begin in the middle of October and will last until the end of the year. In addition, all the films will be screened in the original French version with Spanish subtitles.

Red Dog Cinemas also offers the possibility of giving screenings to schools and institutes in the area, which will be complemented with didactic material. In this way, schoolchildren will be able to learn more about the figure of the man considered the father of the Comédie Française, the most important theatrical institution in France and one of the oldest theatre companies in the world.

The artist’s extensive oeuvre portrays French society through costumbrist comedies, which ironically depicted the everyday life of the time. With exaggerated characters and excessive attitudes, he satirically denounced the bad habits of the society of the time. Molière’s social criticism has endured over time, which is why his plays are still performed today.

His legacy is still alive and his theatre is still modern and current “so it is an opportunity for schoolchildren to learn about feelings such as greed, misanthropy or ambition, through humour, as Molière did”, explains Jorge Martín, director of operations at Red Dog Cinemas. As well as completing their language training “because the plays will be screened in French, in the original version, with subtitles in Spanish”, adds Martín. 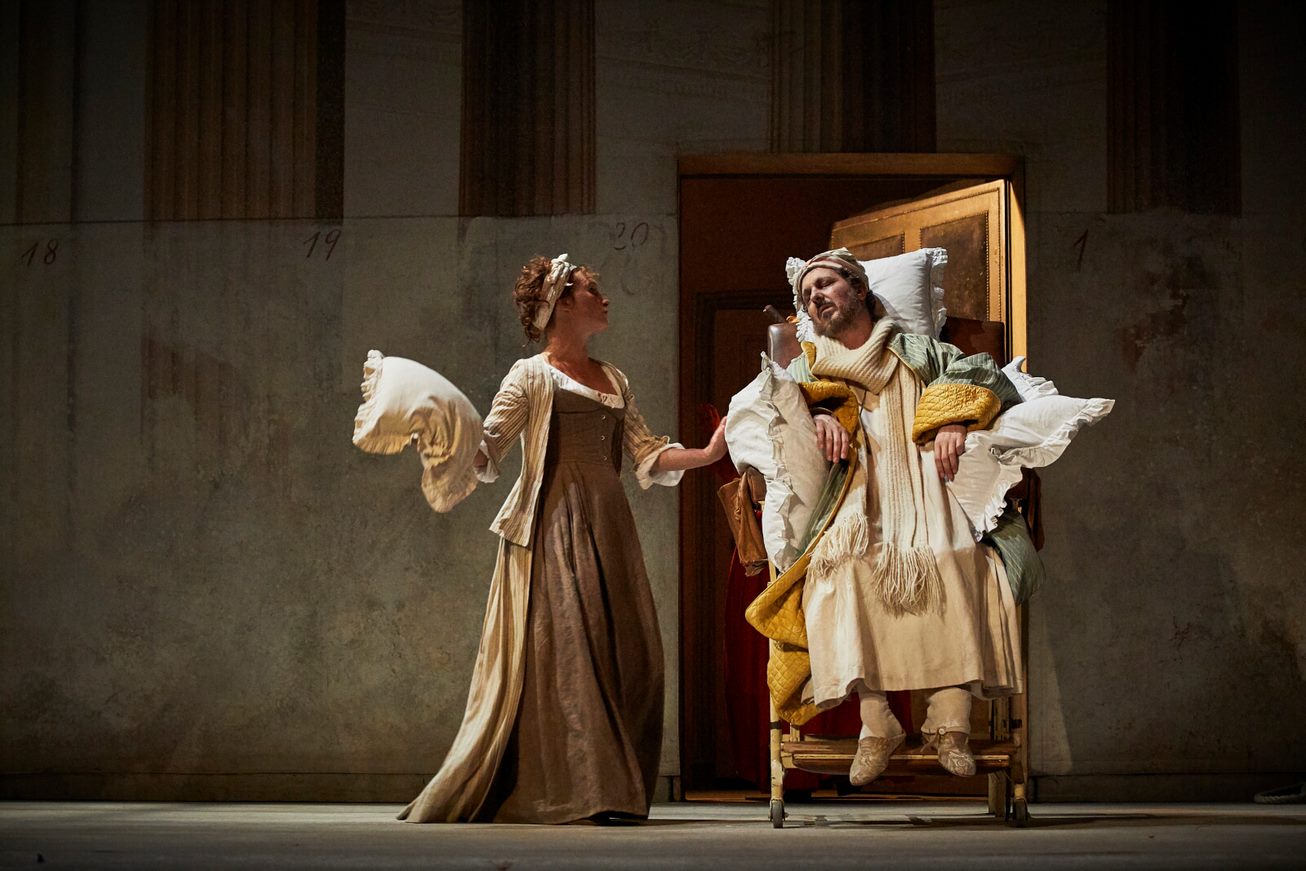 Scene from El enfermo imaginario the first play to be screened on 13 October at Red Dog Cinemas.

A programme that runs until the end of the year

The first of the screenings to be experienced at Red Dog Cinemas is The Imaginary Sick Man, on 13 October. The last of Molière’s plays is about a hypochondriac bourgeois man who is obsessed with his state of health and lives surrounded by doctors. Actors from the company of the Théâtre de la Comédie-Française in Paris and actors from the Académie de la Comédie-Française will perform this play, staged by Claude Stratz.

At the end of October, on Thursday 27th, the play Tartuffe will be screened. A comedy critical of the Christian religion that was banned for several years due to pressure from the Church. The character of Tartuffe represents a false devotee who gains the trust of Orgon and his family to satisfy his own interests. This time the staging is by Ivo van Hove.

In November, on Thursday 24th, there will be a screening of The Miser, a comedy that revolves around the greed of the main character. Harpagon is a wealthy widower who forces his two sons to live austerely to protect his fortune. So much so that he wants to force them to marry two old men who have a large fortune.

To close the programme, Red Dog Cinemas will be screening The Gentlemanly Burgher on Wednesday 14 December. A comedy-ballet depicting the social ignorance of a bourgeois who is mad to be related to the aristocracy. To achieve this, he strives to acquire the manners of the nobility by taking many private lessons.

These screenings are in addition to the diverse cultural offerings offered by Red Dog Cinemas. Such as the opera and ballet performances that began with the broadcasting of the Mayerling ballet and continues next Wednesday 12 October with the screening of Aida. An extensive programme that will last until the summer of 2023 and will include other works such as La Bohème, The Nutcracker, The Barber of Seville and Cinderella, among others.

All this in a venue, the Red Dog Cinemas, which has all the facilities and infrastructure to become the cinema of reference in Marbella. With a wide variety of restaurants, shops for shopping and leisure areas, such as virtual reality or cybersport experiences. In addition, spectators have 3 hours free parking on presentation of their ticket.

Red Dog Banus is the new leisure centre to enjoy with family and friends in Marbella. Located in the emblematic Puerto Banús, the centre takes a step forward in the concept of leisure, bringing together cinema, art, shopping and gastronomy in the same space.

Visitors can enjoy the latest comedy, animation, drama, science fiction and thriller releases, both in Spanish and in original version with Spanish subtitles at Red Dog Cinemas, as well as spending quality time with a variety of restaurants and leisure activities, such as virtual reality and sports experiences.

For more information or to arrange interviews, please contact the Communications Department.

Previous articleCasas Ambiente; The Expert Real Estate Agency on The Costa Blanca North Shows Us Their Stunning Properties
Next articleClub Catamaran Les Rivages: Welcome Aboard to The Aventura 37, A Real Pleasure in The Sea