The greatest Spanish tennis player of all time is back on top, making history by entering the Guinness Book of Records for Most Grand Slam Titles. 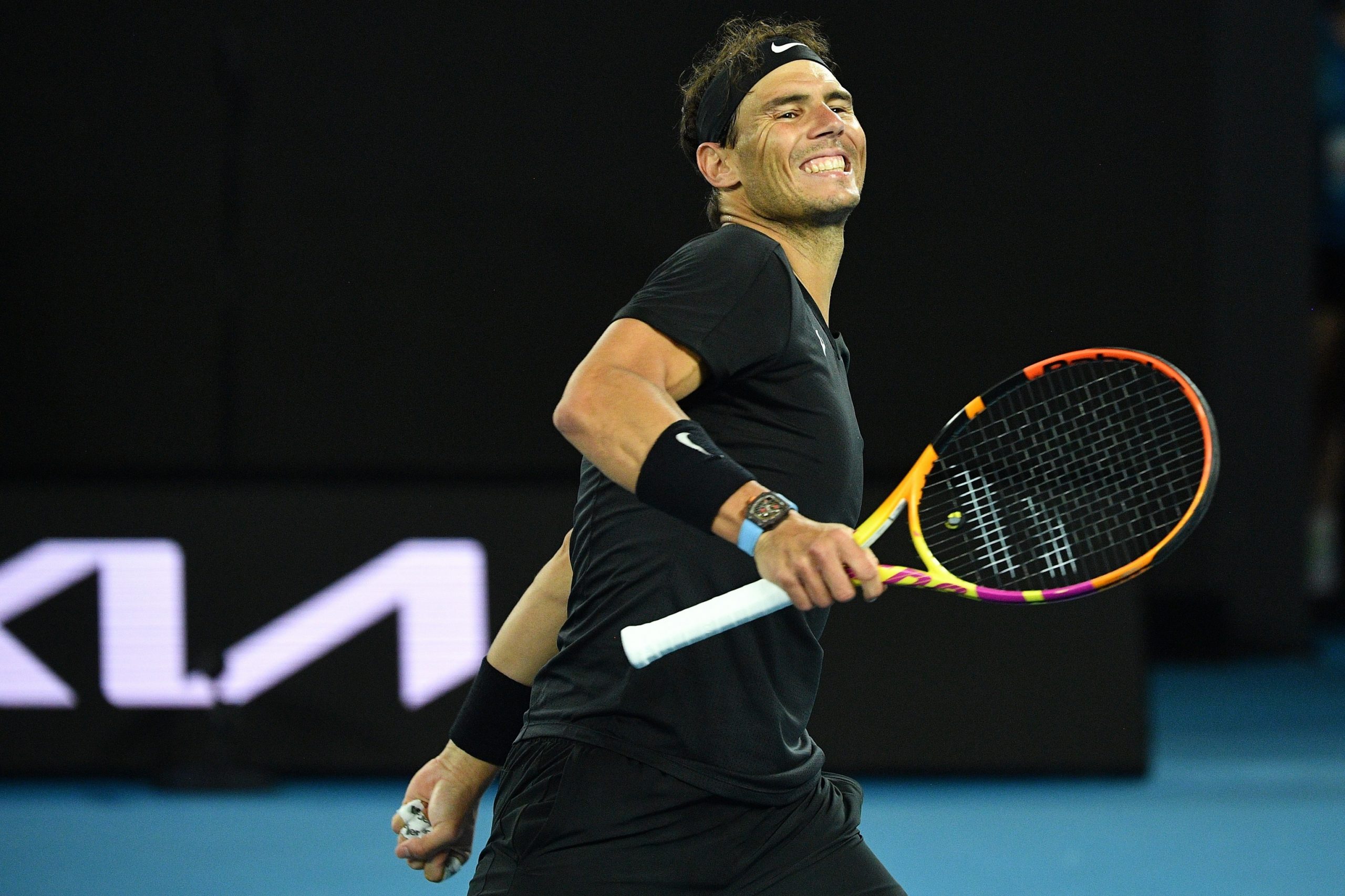 Rafael Nadal is one of the most loved sportsmen in the world, as the multiple titles he has won and the values he transmits have made him a true role model. However, the Spaniard managed to surprise the world by playing a match with a 97-year-old grandfather who is the oldest player, according to the Guinness Book of Records.

The Mallorcan is used to success after success, except on this occasion, he appears in the latest update of the record book as the player with the “Most Grand Slam Singles Titles”, alongside Roger Federer and Novak Djokovic.

Exceptionally gifted as a boy, barely out of his teens, Rafael has managed to achieve international glory in his speciality and accumulate a fortune worth millions. A professional since the age of 15, Rafael was already second in the world ranking of the Association of Tennis Professionals (ATP) at the tender age of 19, and who, at the age of 22, became number one in the world. 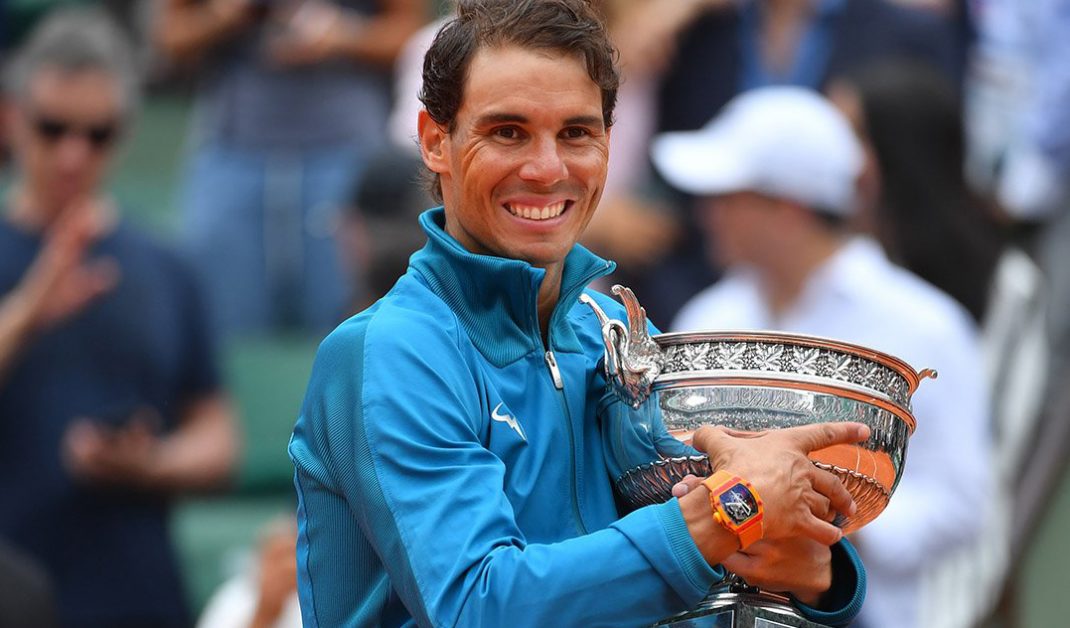 Rafael Nadal Parera was born on the 3rd of June 1986 in the Mallorcan town of Manacor, where the Nadal family has been rooted on the island since the 14th century. The patriarch of the saga is named after his grandson, Rafael, and is a great music lover who conducts the town’s orchestra.

He’s the son of Sebastián Nadal, director of a company that builds paddle tennis courts and organises sporting events, and Ana María Parera, and has a sister, Isabel, his most enthusiastic admirer. It was his uncle Antonio, Toni, who set him on the path of tennis until he became his coach and representative. 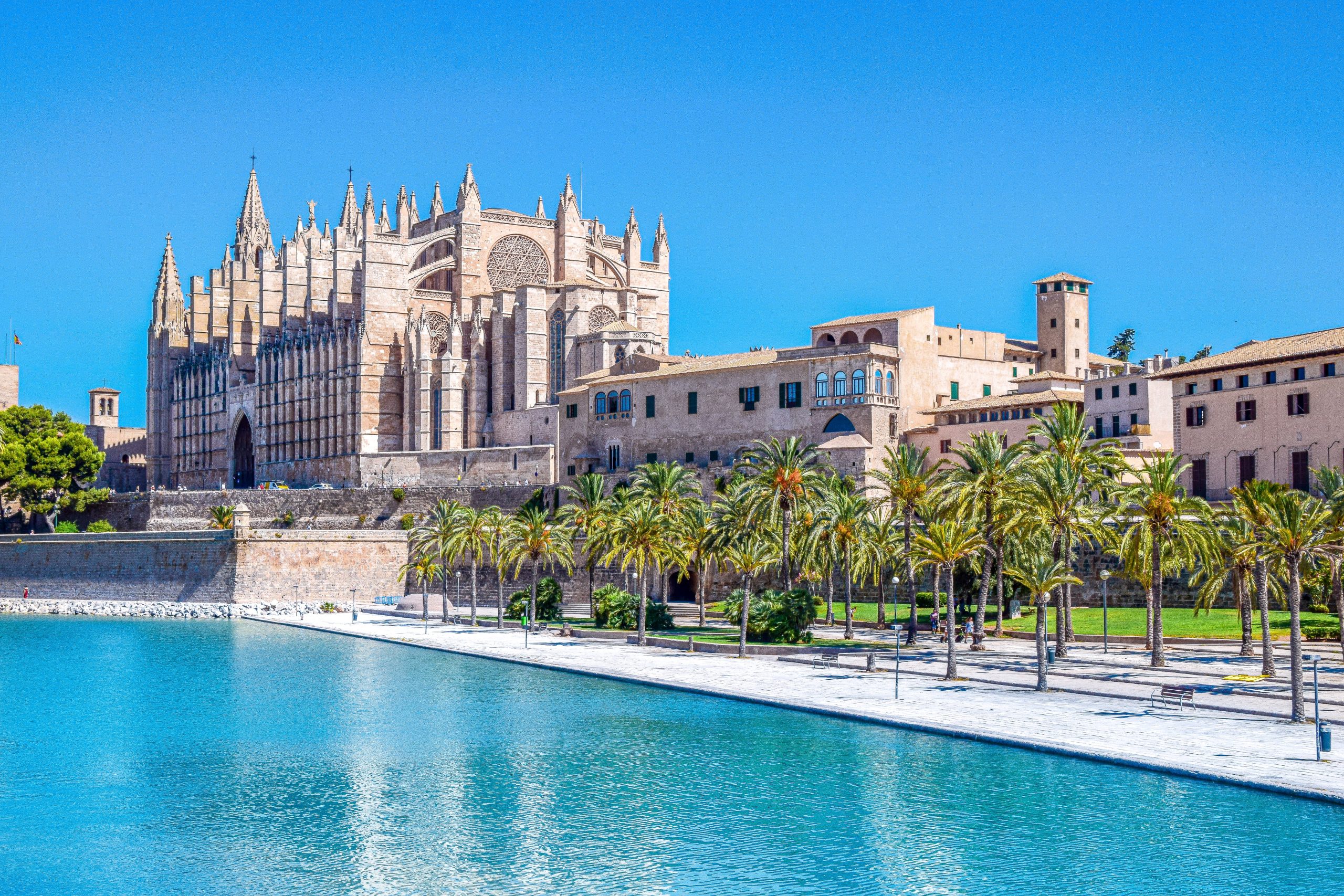 Rafael’s uncle Toni practised with him until he went on to win the Spanish junior championship at the age of eleven and the World Championship at the age of fourteen. Despite his obvious talent for the racket, little Rafa became more and more enthusiastic about football, no doubt attracted by his other uncle, the international footballer Miquel Àngel Nadal.

Toni urged him to abandon his studies in the 4th year of ESO to dedicate himself exclusively to tennis, much to his mother’s displeasure: “Rafa turned professional too soon. At first I didn’t like it, but finally I understood that it was impossible to combine his studies with his sporting career”.

Rafael Nadal joined the ATP at the end of 2001, at number 818. He was only fifteen years old and was already a member of the Real Club de Tenis Barcelona. However, he did not play his first professional match until 29 April 2002, at the Mallorca Open, defeating the Paraguayan Ramón Delgado. 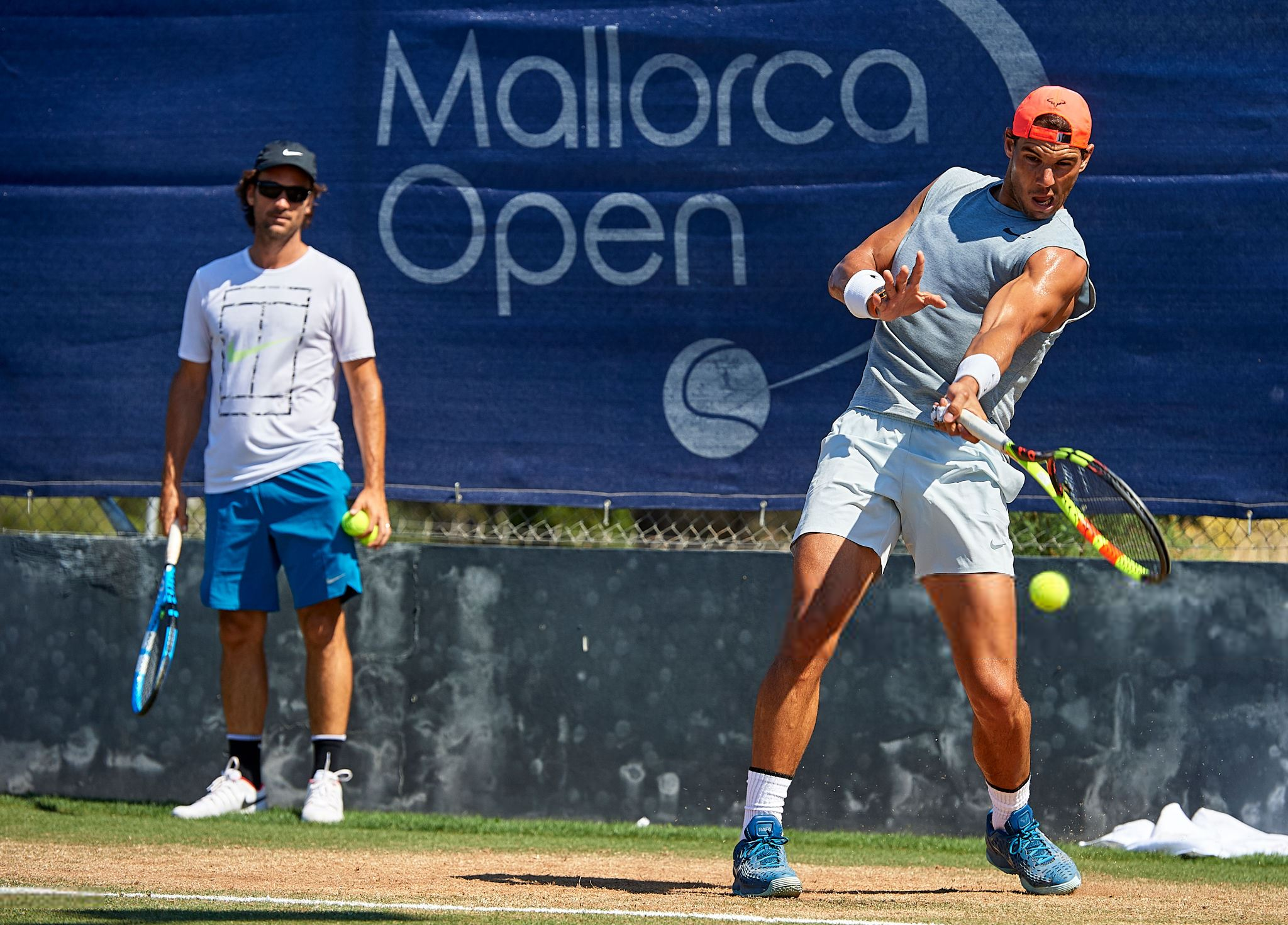 The victory in the Grand Slam tournament of 2005 pushed Nadal to the third position in the ATP ranking, behind Federer and the Australian Lleyton Hewitt, who would play the final of the Wimbledon tournament with a victory for the Swiss after Nadal fell at the first hurdle. In addition, he became the first Spaniard to enter the top ten at the age of nineteen, and he would string together 24 consecutive victories on clay.

His goal was to reach number one, although he recognised that he had an almost insurmountable wall in front of him, the Swiss Federer, who, according to the experts, was destined to become the best tennis player of all time.

That ambition was a good thing, but his uncle Toni would not let it go to his head and, after his triumph at Roland Garros, warned him not to let the win get to his head. For the time being, in July 2005 he won in Bastad (Sweden) and Stuttgart (Germany) and added 34 consecutive victories on clay, and in October he won his eleventh title of the year (he also won in Montreal and Beijing) by winning the Madrid Masters Series.

The year 2008 will be remembered as the year of his number 1. He started off in poor form, but Federer’s poor performance at the time made his dream goal feasible. He won two tournaments for the fourth time: the Monte Carlo Masters and the Conde de Godó, and defeated Federer twice in two consecutive finals: the Hamburg Masters Series and the Roland Garros.

He won further victories at the London Queen’s Club and beat Federer again in the Wimbledon final, in a match that lasted 4 hours and 48 minutes and has been considered the best in the history of tennis. And a new triumph at the Canadian Masters finally made him the best player in the world according to the ATP ranking.

His self-assurance, his self-confidence, never giving up a point, his extraordinary strength and his perseverance are some of the keys to his unstoppable success. Many consider that the iron discipline imposed on him by his uncle is what has led to his eventual success.

When we talk about consistency over the years, mental strength and the ability to overwhelm opponents with the power of the mind, Rafael Nadal comes to mind. Throughout his life, the Spaniard has been no stranger to the emotional ups and downs that can condition us all on a personal and professional level, but he has had the ability to emerge stronger from each setback.

Some of the episodes in which the Spaniard hit rock bottom before emerging back to glory thanks to his courage, intelligence and the right environment are legendary. After American gymnast Simone Biles pulled out at the Tokyo 2020 Olympics, many were curious to hear what Nadal’s comments were.

“I respect her decision 100%. When you’ve been fighting for your dreams your whole life, you can go through times when you don’t feel ready. Simone has achieved impressive things throughout her career and I’m sure she will be back to her best. But if she doesn’t feel ready or able to compete at this moment, why should she?” Nadal argued.