‘Quarantine begins with a Q and ends in a Queue: The view from Spain, courtesy of Don Spence

Produced in collaboration with Don Spence, who has been monitoring the Spanish and UK Covid-19 stats in detail since Day 1 of Lockdown

Here in Spain, there’s a lot of bad feeling about the sudden imposition of a 14 day quarantine on anyone returning to the UK.  We’ll be looking at this in more detail, but Spain Life Exclusive has been talking to Don Spence to get his opinion of all this. Before moving to Cuidad Quesada on the Costa Blanca from Scotland with his wife Irene in 2006,

Don owned his own PR agency in Glasgow, and counted Holiday Inn and Heineken among his regular clients. Irene survived a life-threatening stroke in 2008, thanks to the wonderful staff in Torrevieja Hospital. She made an excellent recovery, and they love their life in Spain, and have no regrets about making the move. In fact, they are thankful to be living in one of the safest areas of Spain, with great restaurants on their doorstep, and the beaches just a short drive away.

Don hasn’t lost the habit of analysing statistics, and he’s been producing daily reports and analysis of the statistics in Spain and the UK since the beginning of lockdown. You can read his reports each day on the UK Spain Life Facebook Page.

We wanted to get Don’s take on the situation, and maybe a couple of quotes, but we are so impressed with his arguments, we’ve temporarily  handed him the editorial chair. From the evidence, and from photos sent to us by readers, it’s pretty obvious that the southern Costas of Spain are a safer option for your holiday than England.

The latest figures from July 28 show that, over the last two weeks, there were just 23 deaths in Spain from Covid-19, compared to 825 in the UK. However, looking at new infections over the same period, the UK recorded ‘just’ 8,747, while Spain’s total increased by a staggering 23, 116. It would seem that this is the foundation for the UK government quarantine decision. And yet … Over to you Don. Tell it like it is!

Quarantine begins with a Q and ends in a Queue, as UK visitors to Spain arrive home at their regional UK airport and wait for even longer than normal to hand in their extra travel and tracking forms on arrival. All that so the relevant authorities can monitor their observance of the rules, or otherwise.  My guess is that the odds on specific individuals being selected from the large numbers involved is low, so how many will obey the rules anyway? Your guess is as good as mine.

Those of us of a certain age with properties in the UK and Spain, or just holidaying in Spain, won’t lose any sleep as they put their feet up at one home instead of another. But spare a thought for the vast majority of people in work who have managed to hang onto their jobs by a thread. Now they have to tell their employers that their annual 2-week break just turned into another month off work. This is also horrendous news for thousands of small to medium sized businesses who have themselves barely managed to survive against the odds .

I have no issue with the principle of quarantine. What raises my hackles is the way the British Government has handled it. First there’s a travel ban, then it’s relaxed. Then, as people who’ve gone through the most stressful periods of their life, regardless of age, book a much-needed vacation to restore their sanity and get on their flights clutching their travel insurance, the UK imposes quarantine with a few hours’ warning.

The Foreign Office then updates their on-line guidance to advise against travel to Spain, thus in many cases, invalidating the right to refunds and/or compensation for people who booked in good faith. And the Balearic and Canary Islands, excluded from the original quarantine list, and according to the World Health Organisation among the safest places on Earth right now, are also included. You couldn’t make it up!

Another major problem is the way the UK has imposed a blanket mainland quarantine, no matter where people have been, in a country the size of Spain.  People tend to forget – if they ever even knew – that Spain, covering an area of 505,370 square kilometers, is more than twice the size of the UK,  at ‘only’ 243,610. Yet Spain has a smaller population with 47.4 million, against the UK’s almost 67.9m.

No one can argue with prompt action being taken against Aragon, Catalonia, Madrid etc, where the numbers are through the roof, but spare a thought for my home region, here on the Costa Blanca.  Within Spain, we need to statistically compare Valenciana, which includes the Costa Blanca, with those communities presenting the highest numbers of cases per 100,000 population. The top 4 in order are Aragon, Navarra, Catalonia (including Barcelona) and Madrid, all of which are a very long drive from here.

Compare the Valencian Community statistics to  Aragon, and our ‘home’ number is just 6% of their total: 11.5 against 186.7. Even Murcia, our neighbouring community to the south, is 40% higher at 16.1.  And within Valenciana, the presentation of the virus here in the south of the community is just a fraction of what it is in the city of Valencia and all points north.

The government of Alicante Province, which includes many holiday hotspots including Benidorm, Calpe, Denia, Javea, Moraira and Torrevieja, has proposed that the British Government agree to a quarantine free airbridge from Alicante Airport for people who live or holiday here. This would be a sensible measure,  and also demonstrate that the British response is reasonable and equitable, as opposed to the current ‘Sledgehammer to crack a nut’ approach.

Does this smack of political shenanigans from Boris?  The chances of catching CV19 here on the Costa Blanca is a fraction of what it is in the worst parts of England, where the number of infected cases shot up by 30% in a week. Maybe it’s some sort of bargaining ploy to encourage Spain, who rely heavily on British tourists, to support the UK in the post-Brexit trade negotiations. Or perhaps it’s a cynical attempt to keep the holiday pounds in the UK, thus giving the hospitality trade the boost it seems bent on denying to Spain. 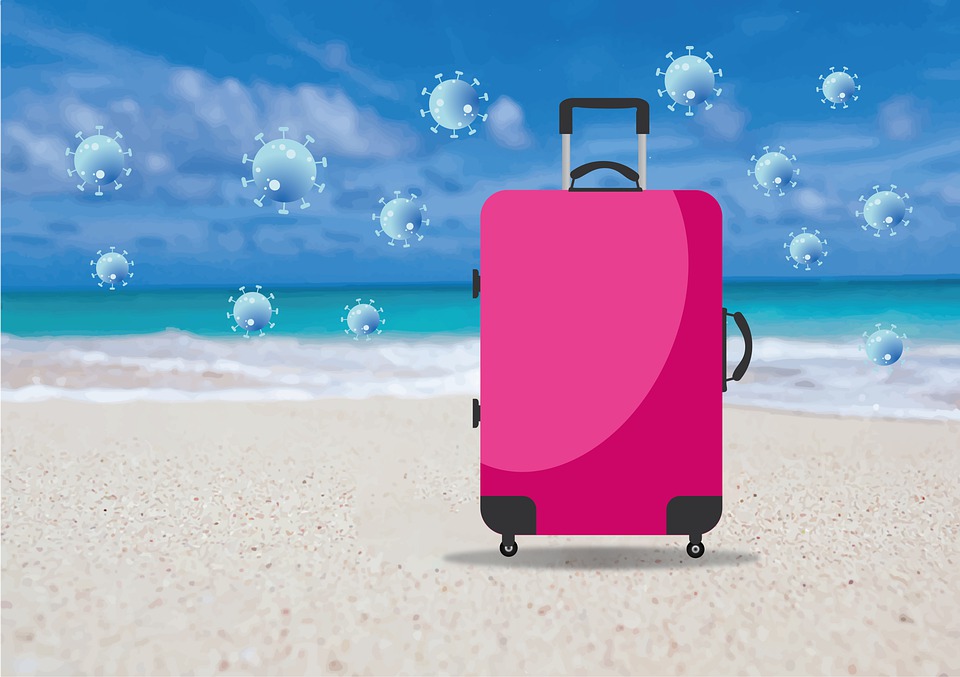 Compare the UK’s attitude to quarantine with the position of Germany and France, for example. They advise strongly against travel to Aragon, Catalonia etc., but not to the southern Costas, for all the reasons discussed above.  I think it’s all an overreaction, and the talk already is that the UK will reduce the quarantine from 14 to 10 days. Only time will tell!

Previous articleVall de Cavall launches new website
Next articleMust Interiorismo: Detail in Design is what we do best