Plaza de Espana – Discover One of Spain’s Most Emblematic Spots

When one thinks of Spain’s most iconic tourism sites, it’s no wonder that the majestic Plaza de España comes first to mind. Let’s see why: 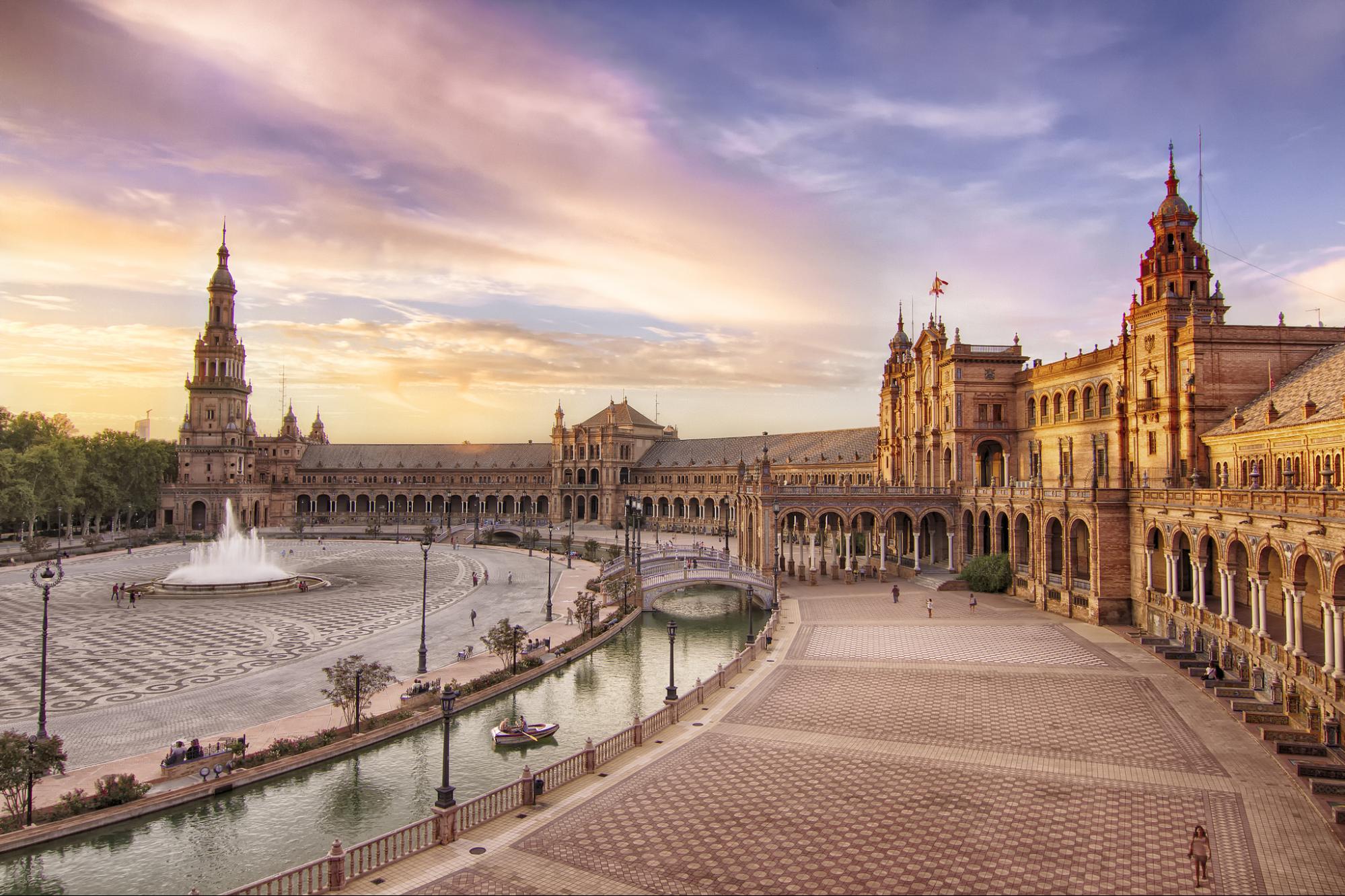 There isn’t a human being on the face of the earth who has not been moved when contemplating the Plaza de España for the first time.

It’s one of the most spectacular places in Seville due to its majesty. Since 1929, when it was built for the Ibero-American Exhibition, it has welcomed thousands of tourists who come a long way to see this place that concentrates all the history of Spain.

Its style is Renaissance, mixed with the typical elements of the city. It’s semicircular in shape and 200 metres in diameter and is decorated with exposed brick, marble and ceramics, with a hint of the Renaissance and Baroque style in its towers.

Here you’ll find a repertoire of benches and tiled ornaments that form spaces alluding to the 48 Spanish provinces. They depict maps of the provinces, mosaics of historical events and the coats of arms of each provincial capital.

It is bordered by a canal crossed by four bridges representing the four ancient kingdoms of Spain. It symbolises the embrace of Spain and its former colonies and looks towards the river, understood as the road to follow to America.

It currently houses the delegation of the central government of Andalusia and the Captaincy General of the southern military region. 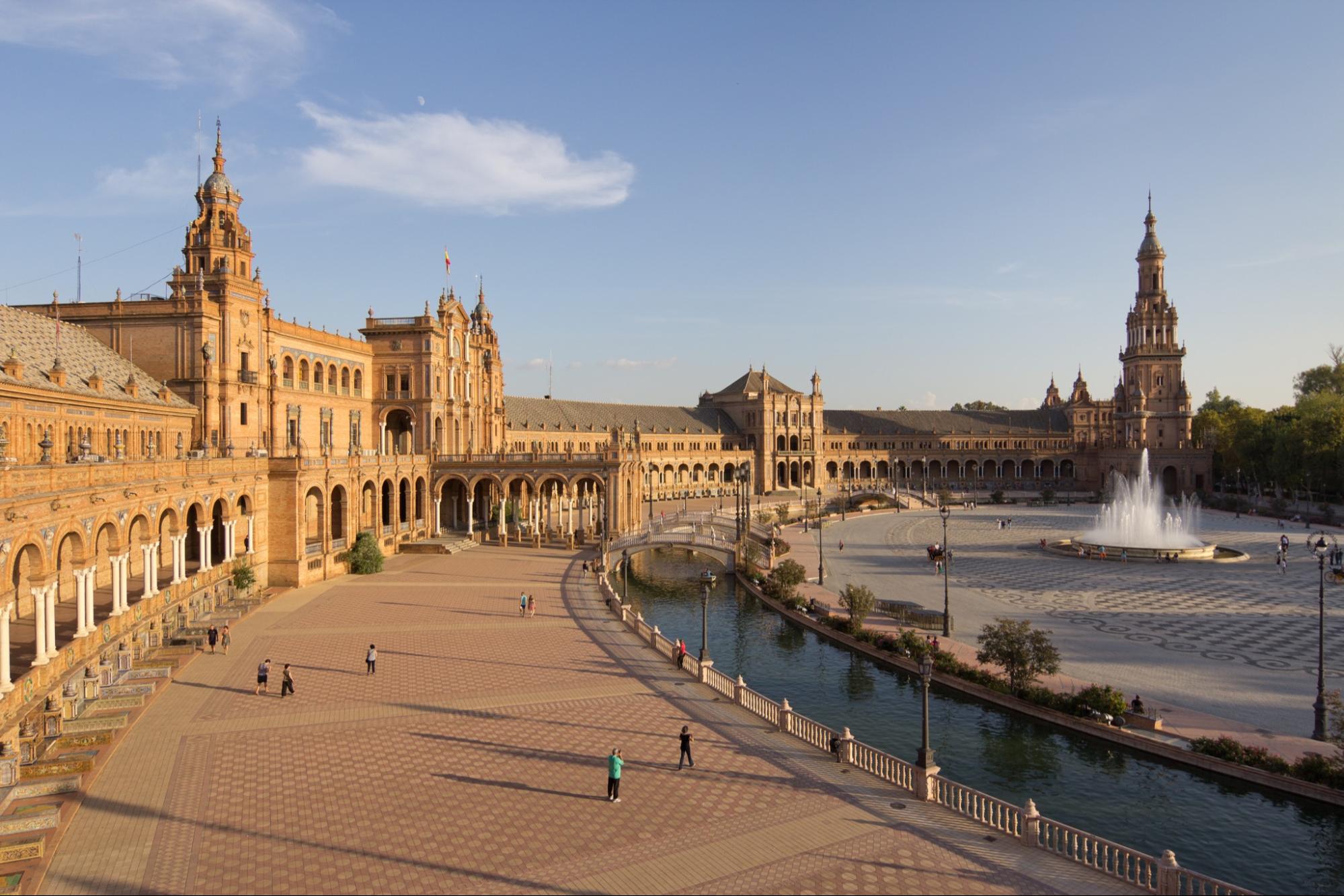 Here are some interesting facts about this majestic site that you probably didn’t know:

There should have been 50 benches instead of 48, but when the square was built, the Canary Islands had only one province. It was not until 1927 that it was divided into Gran Canaria and Tenerife. Seville, on the other hand, is not represented along with the other provinces, as it is depicted in four other murals in the square. 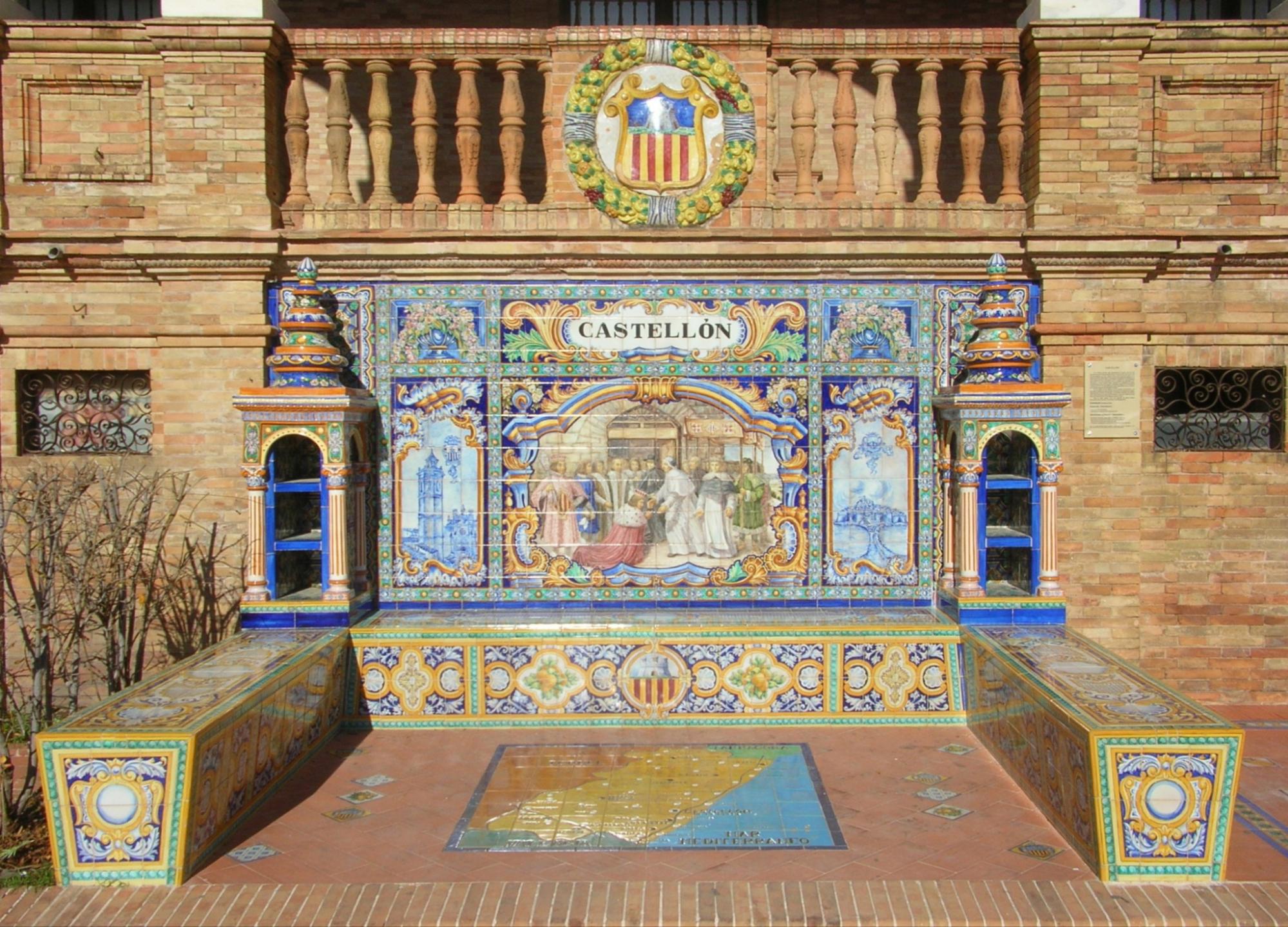 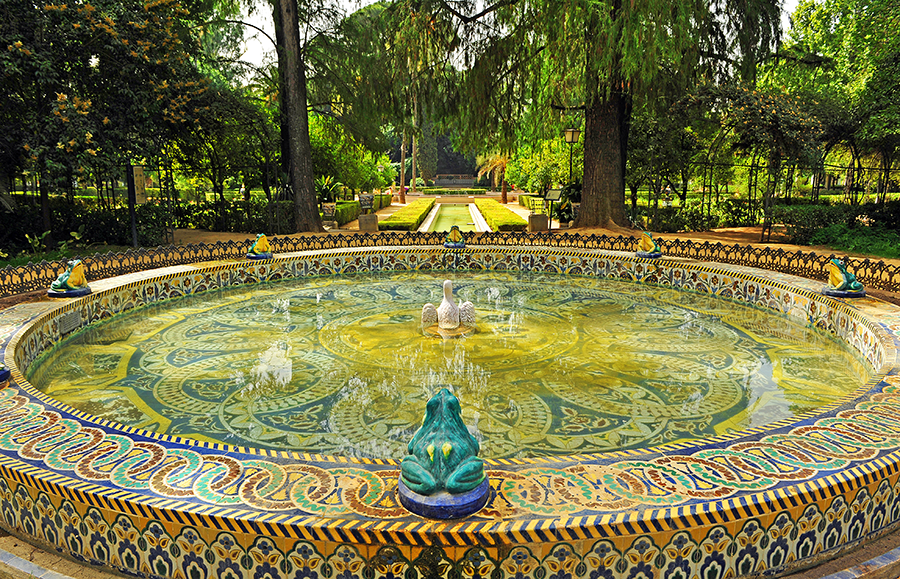 The alphabetical distribution of the cities is not respected in the province of Navarre for one reason: when the Ibero-American Exposition of 1929 ended, the tile La Muerte de García IV de Navarra (The Death of García IV of Navarre) was removed because it was too violent.

The ceramists replaced it by creating Reparto del Reino de Navarra (the Distribution of the Kingdom of Navarra), in which the king is seen surrounded by his sons. This work changed the heading from Navarra to Pamplona, thus ruining the alphabetical order.

It Was Built to House a University

When the Plaza de España was built, it was planned that after the Ibero-American Exhibition, the building would house the Seville Labour University. However, in the end, it was distributed among various official bodies such as the Government Delegation in Andalusia and the Guadalquivir Hydrographic Confederation. 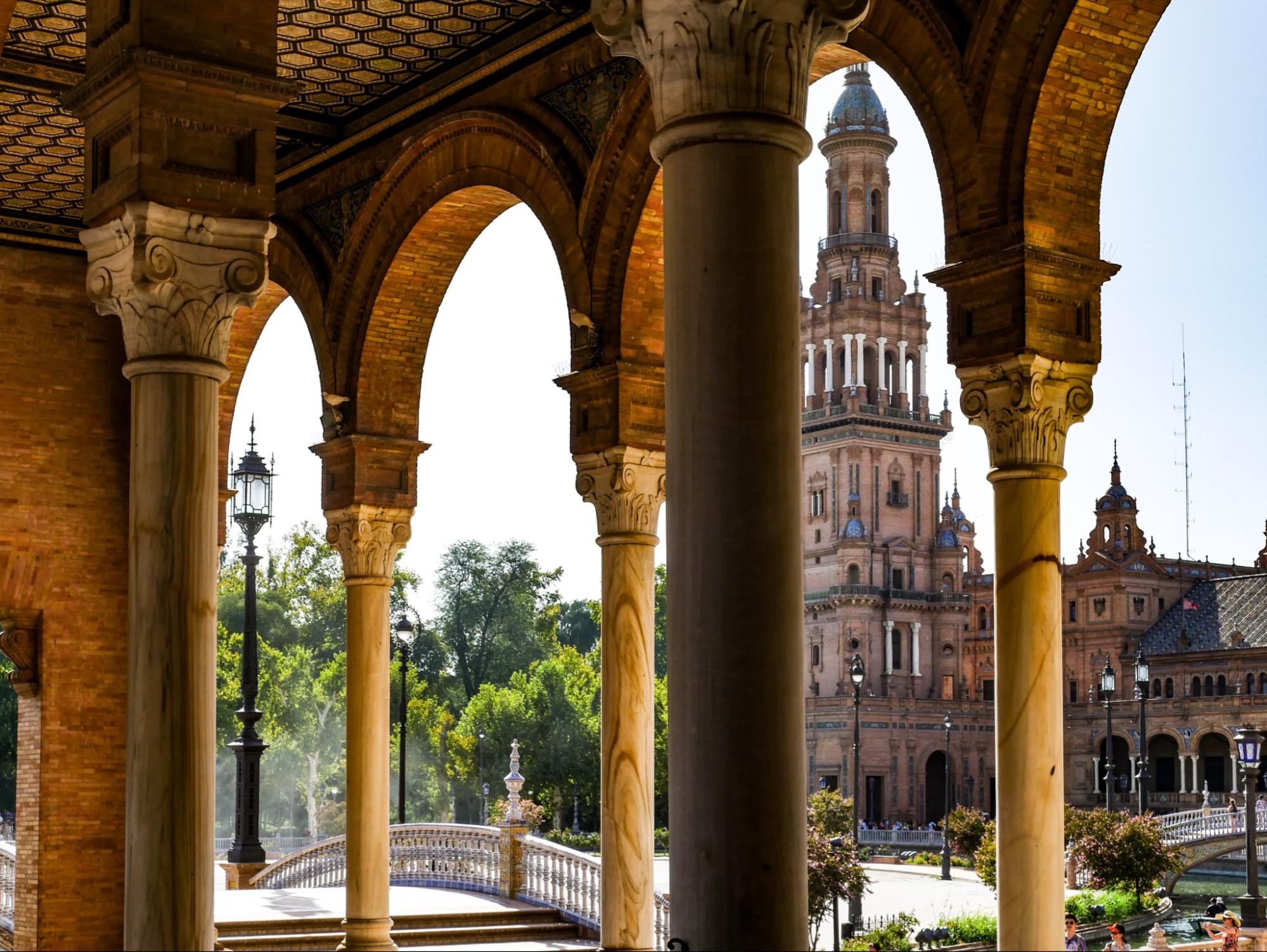 The Plaza has made star appearances n classic films such as Lawrence of Arabia and The Wind and the Lion, or in more modern films such as Star Wars: Attack of the Clones and The Dictator. But we have not only seen her on the big screen, as she has also appeared in series such as Allí Abajo. 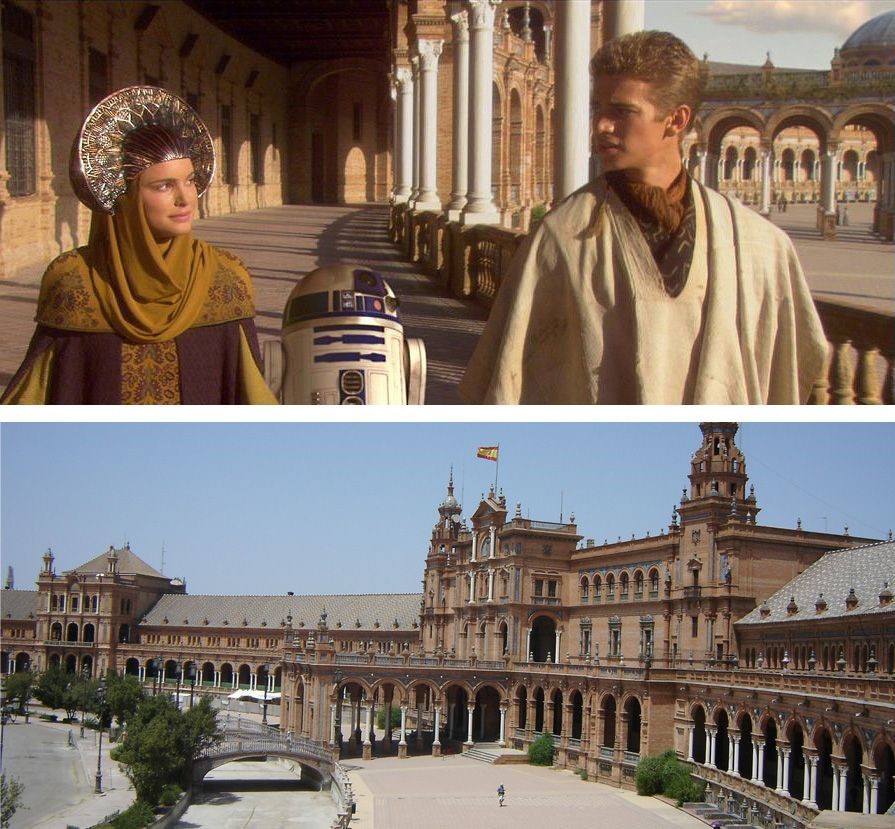 The romantic Maria Luisa Park is the most famous park in Seville. Its two emblematic squares, the Plaza de España and the Plaza de América, were built here for the Ibero-American Exhibition held in Seville in 1929.

These two places are spectacular for their early 20th-century architecture, which reflects the exceptional historicist Regionalism typical of Seville, reviving past eras with local materials, by the brilliant architect Aníbal González. They have become one of the city’s main tourist attractions.

We highly recommend a stroll around the Plaza’s conjoined park as a lovely way to pass an afternoon. 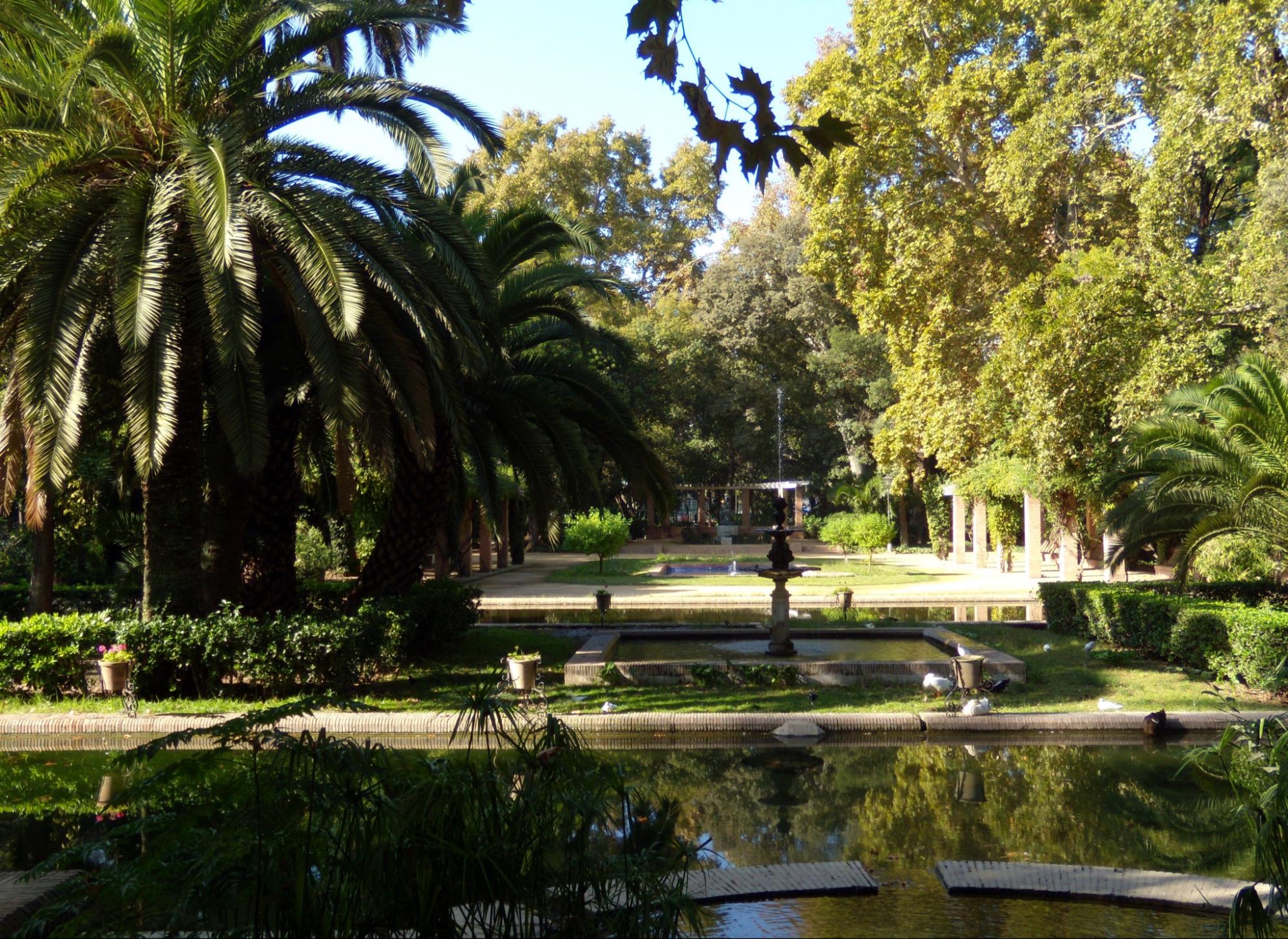 Previous articleEstepona – The Most Original Town of the Costa del Sol
Next articleFuego Difusión: Get The Perfect Barbecue Now That The Spring Season Is Around The Corner