Do you already have plans for this weekend? Go to the LAB of Series in Valencia!

Today at 18:00 the LAB of Series is inaugurated, the new series festival of Valencia organized by the Institut Valencià of Culture. The event will have the participation of professionals from the audiovisual sector, such as David Trueba or Mariola Cubells and will be open from April 11 to 14.

If there is a phenomenon that takes by storm modern societies it is television series. In recent years the series are gaining power almost even over the movies. Game of Thrones, Stranger Things or Breaking Bad are part of popular culture and it is very rare that people do not know the beloved Tyrion Lannister or the mythical Walter White. Because of the importance of television series, the Institut Valencià de Cultura has decided to create a space to value fiction and reflect on the series and what they say about us.

Taking as a starting point the podcast Laboratorio de investigación de series (Series Research Laboratory) of the Cadena Ser, the cultural manager David Brieva, the professor and historian Áurea Ortiz and the journalist and television critic Mikel Labastida have decided to transport the debates from the radio studio to direct contact with fans and experts of television series so they can share their ideas, thoughts and doubts with each other. 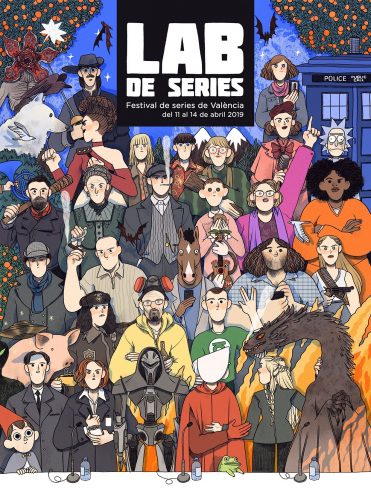 Debates, screenings of television series and much more

During the event several episodes of different series will be screened and presented by film and television professionals. There will also be debates and round tables, such as the one about why we are fascinated by evil, presented by the criminologist and writer Vicente Garrido, the writer and historian of art María Bastarós and the cultural critic Montserrat Hormigos. The LAB of Series will also have the presence of David Trueba, Pablo Simón and Pepa Blanes, among many others.

The series LAB is here to stay. Admission to the event is completely free until full capacity and will be held from 11 to 14 April at the Filmoteca de Valencia and the Palacio de la Exposición. Consult more information, the program and the guests on the official webpage: https://labdeseries.com.

Previous articleCalpe starts the Holy Week with its XI Book Fair
Next articleTourist guide of Soria, the city of poets