Picasso, Art, and Renaissance History: The Must-See Sites to Savour in Malaga

Defined by its art, history, and renaissance feel, Malaga is one of those special Spanish cities that just have to be seen to be believed. 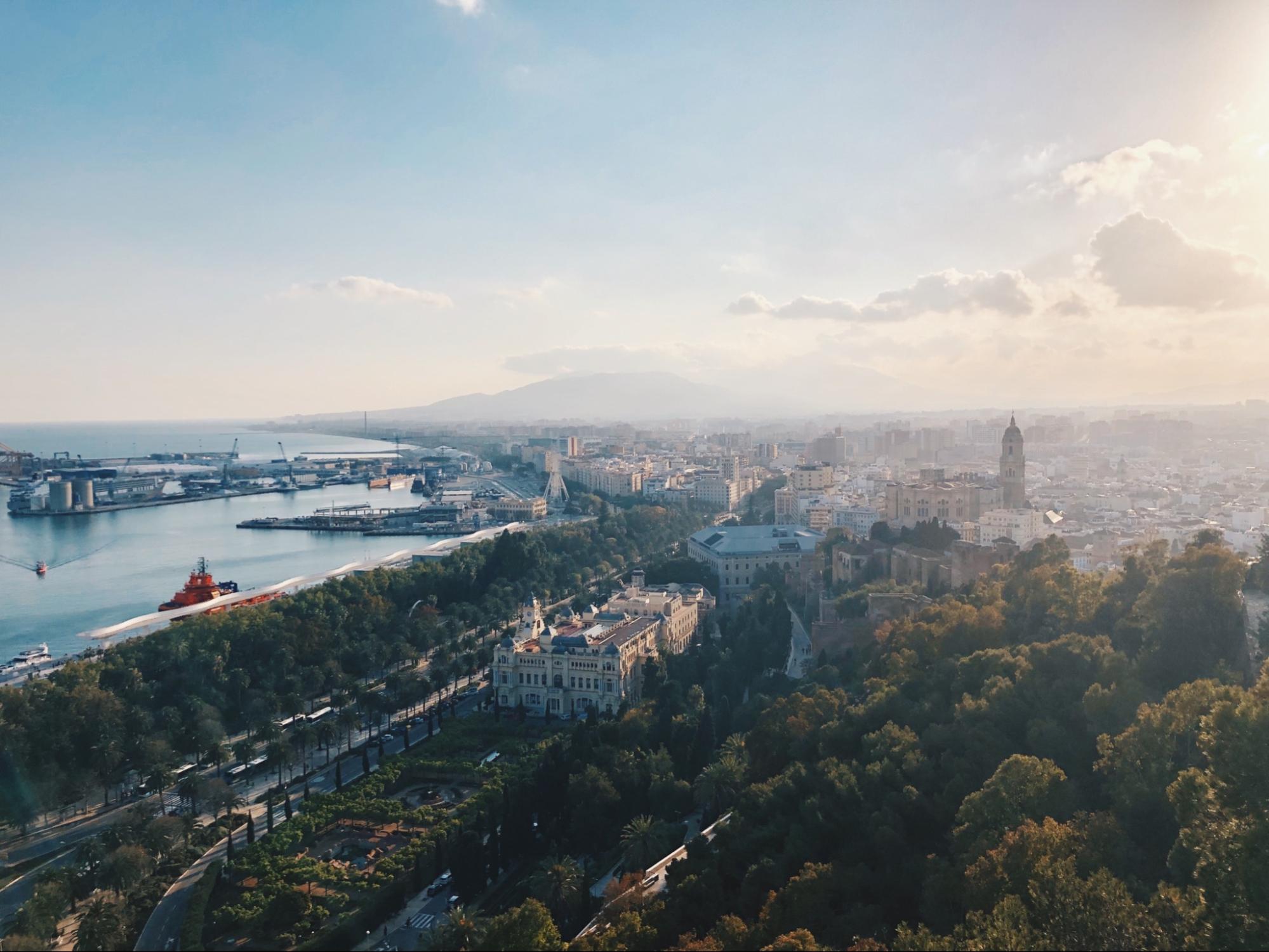 A port city on the Costa del Sol in southern Spain, Malaga is renowned for its high-rise hotels and resorts that overlook its yellow sandy beaches. Towering over this modern skyline on two hills are the city’s two massive citadels, the Alcazaba and the ruins of Gibralfaro, remnants of Moorish rule.

The city’s soaring Renaissance cathedral is nicknamed La Manquita because one of its towers was curiously never completed.

The list of things to do and see here is endless. Stroll along the Malagueta beach, the most famous sandy area of the city, enjoy the Gibralfaro Castle and the Alcazaba, walk from end to end along Calle Larios, to the centre of the city and enjoy the huge number of museums and art galleries.

Welcome to Malaga, one of the most breathtaking cities in Spain, emulating traditional, Andalusian culture. Here are Spain Life’s favourite things to see and do in the enchanting city of Malaga:

The Castle of Gibralfaro

On an elevated site to the east of the city centre stands Gibralfaro Castle, one of the must-see attractions in Malaga. Perched atop a hill, this Phoenician-era construction was erected by Yusuf I in the 14th century and provides an insight into the style of military construction of the period.

For decades, it was considered one of the most impregnable fortresses in all of Spain, which is why King Ferdinand II of Aragon used it as a residence after the siege and conquest of the city in 1487. It is possible to visit the inside of the fortress, which we highly recommend, and visit the keep, the walls, the Interpretation Centre and the main tower.

This is a must-visit for the astonishing views the castle walls give of the city. 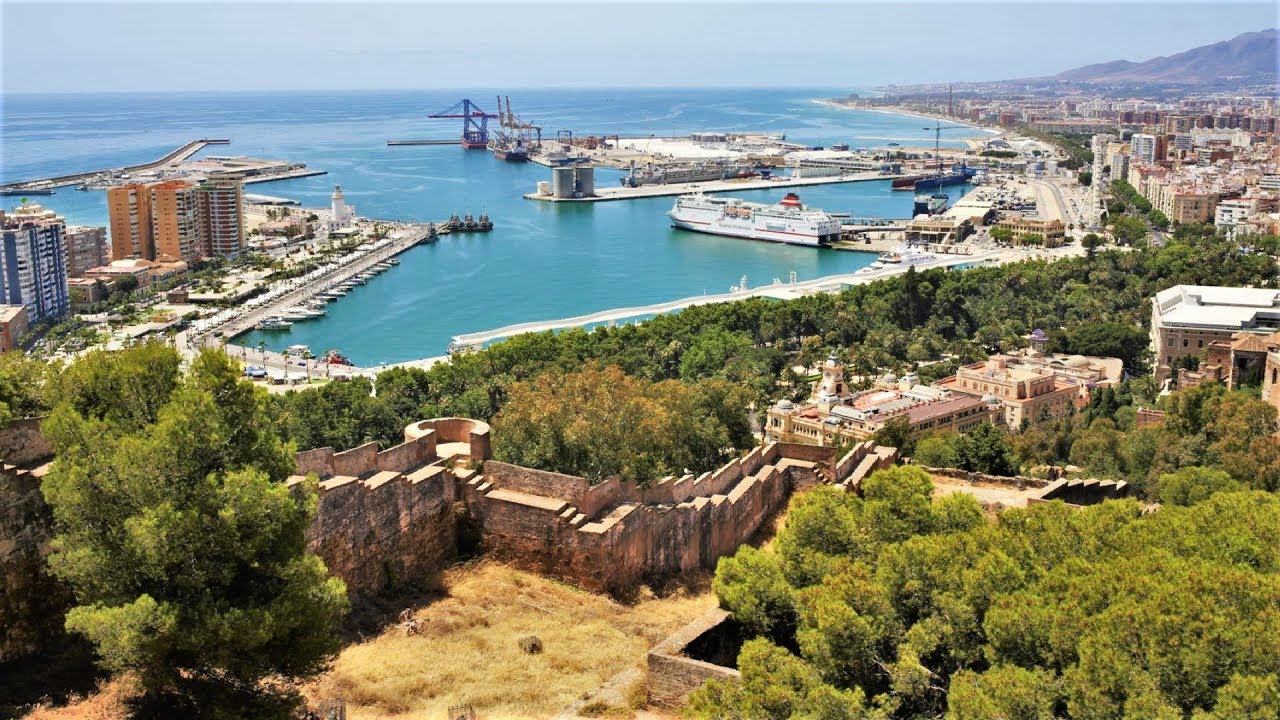 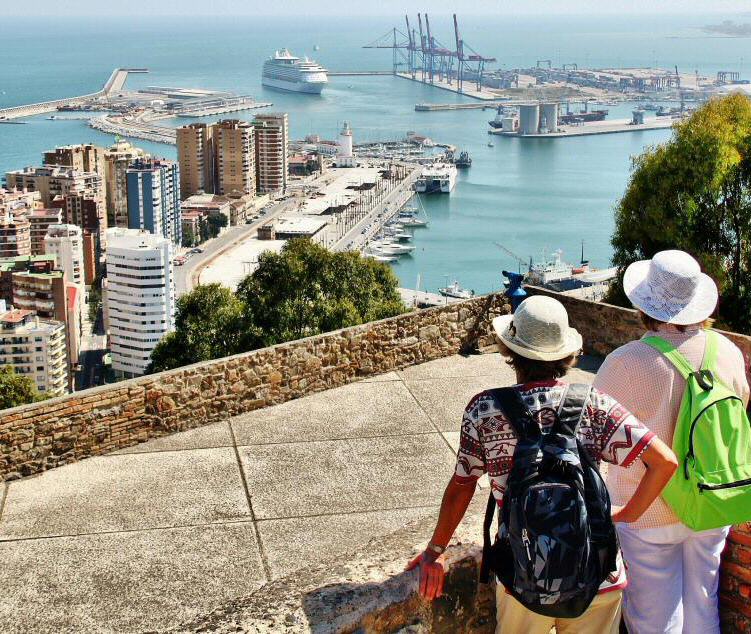 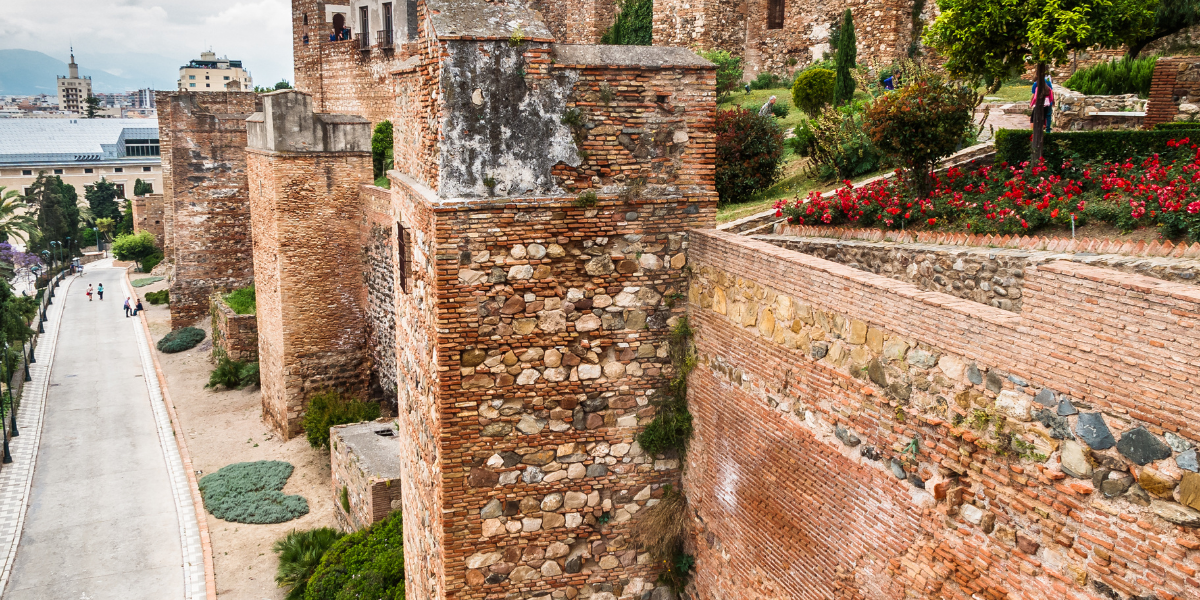 Malaga is the city in southern Spain where Picasso spent his early childhood. The apartment block that he was born in has since been converted into a foundation in his honour and exhibits educational projects in his memory.

The building is home to paintings and drawings from his early life and momentos from his childhood. The young Picasso drew a lot of inspiration from the atmosphere of the vibrant city of Malaga, as he featured bulls, flamenco, doves, and bulls in some of his paintings.

Founded on Calle San Agustín, Picasso always wanted his work to be displayed in his home town. In 2003, the museum was opened in the Palacio Buenavista, exhibiting up to 230 of his works donated by the artist’s daughter-in-law and grandson, Christine and Bernard Ruiz-Picasso. This collection houses pieces that mark the different artistic phases of his life, with examples of his drawings, oil paintings, engravings, sculptures and ceramics 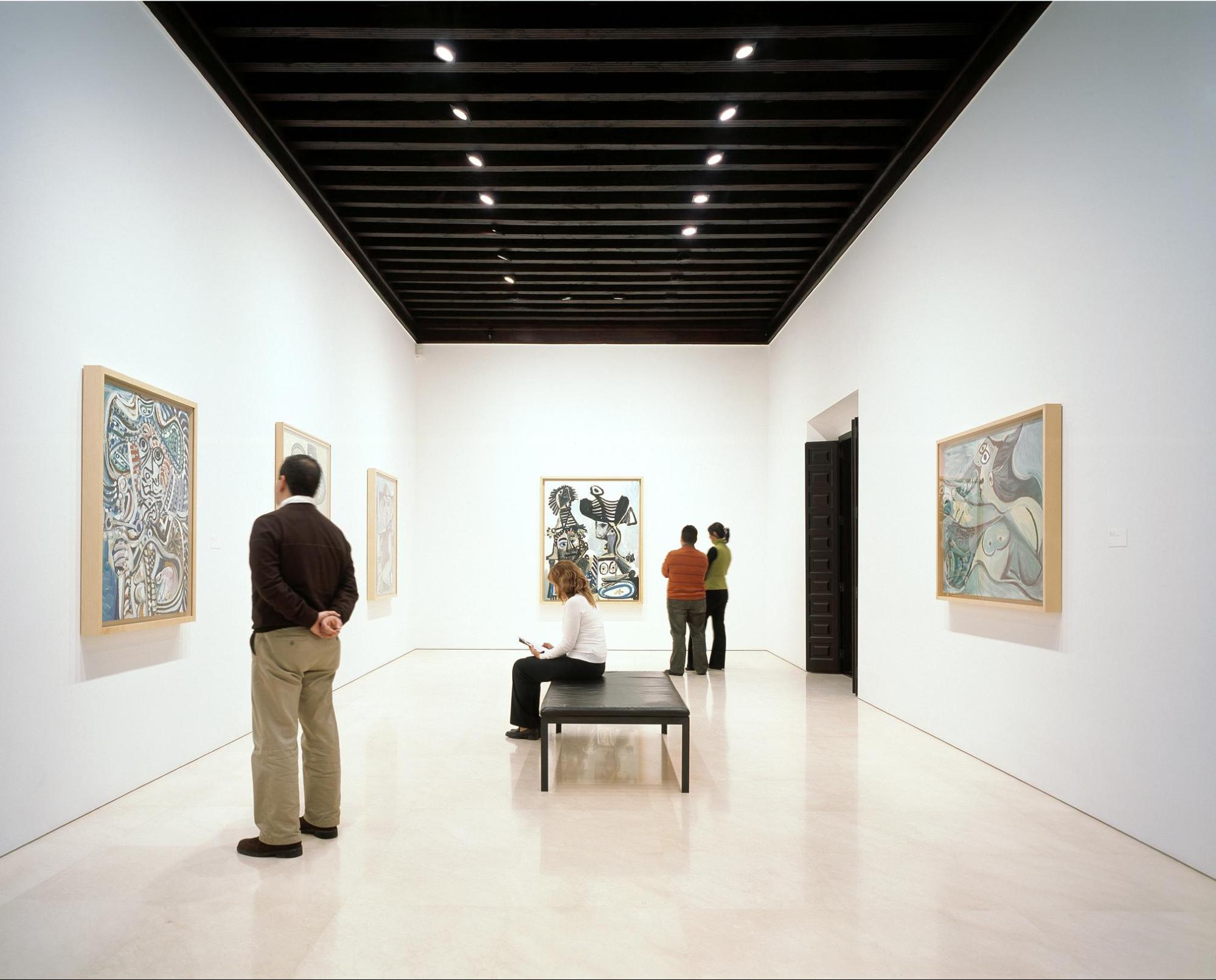 You’ll find that Malaga is a city with museums galore. Something that we deeply appreciate about tourism in the city of Malaga, is its commitment to creating a space where both cultural activities, and sun and beach tourism converge.

The number of museums that have opened within its boundaries in recent years has been staggering. One of the most recent to open has been the Museum of Malaga, a familiar sight to lovers of the city as it jointly houses the collection of the Fine Arts Museum and the Archaeological Museum of Malaga.

Inaugurated in the old Customs Palace, a beautiful building built in the 18th century, it boasts of being the largest museum in Andalusia and one of the most complete in Spain. 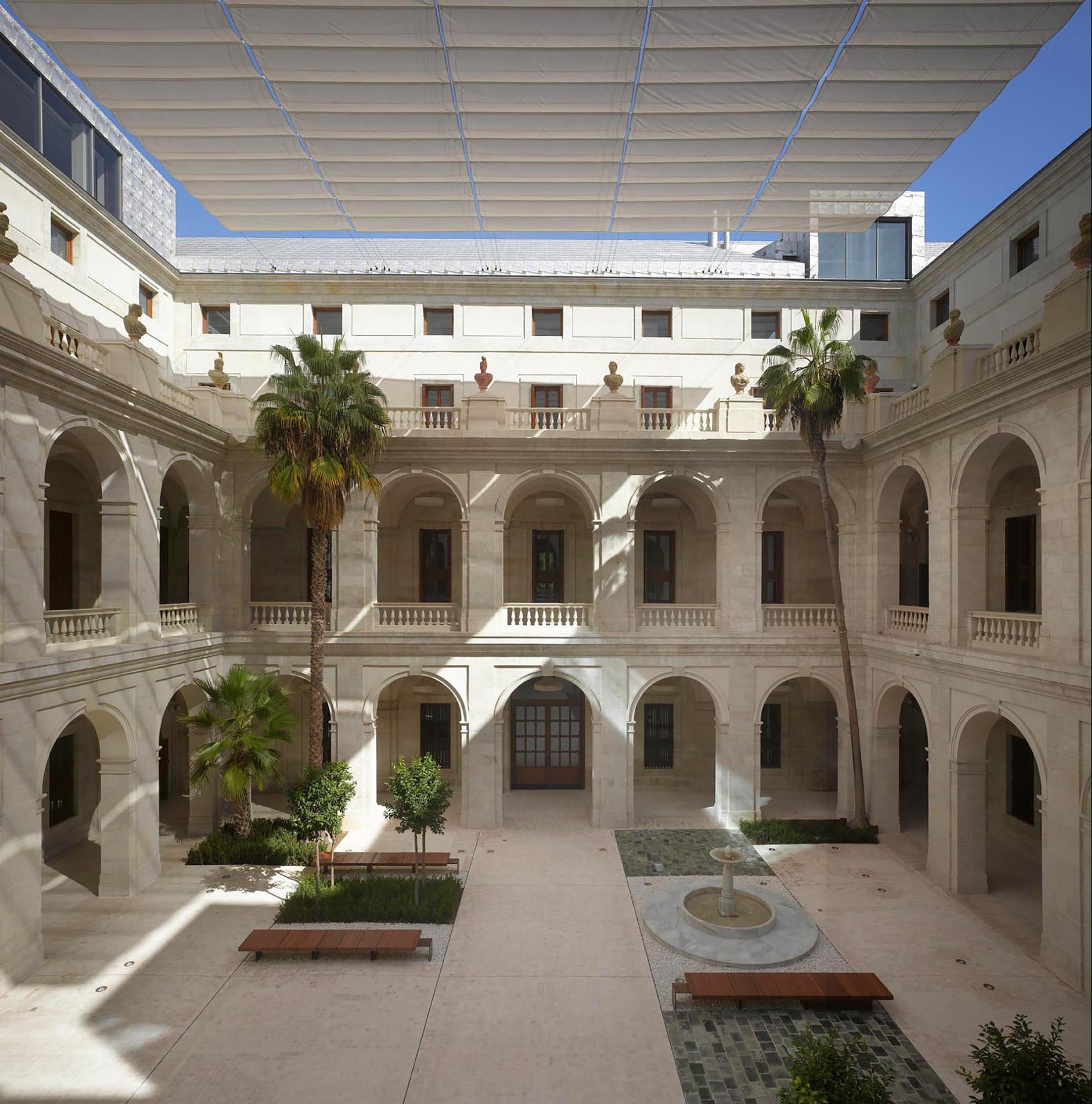 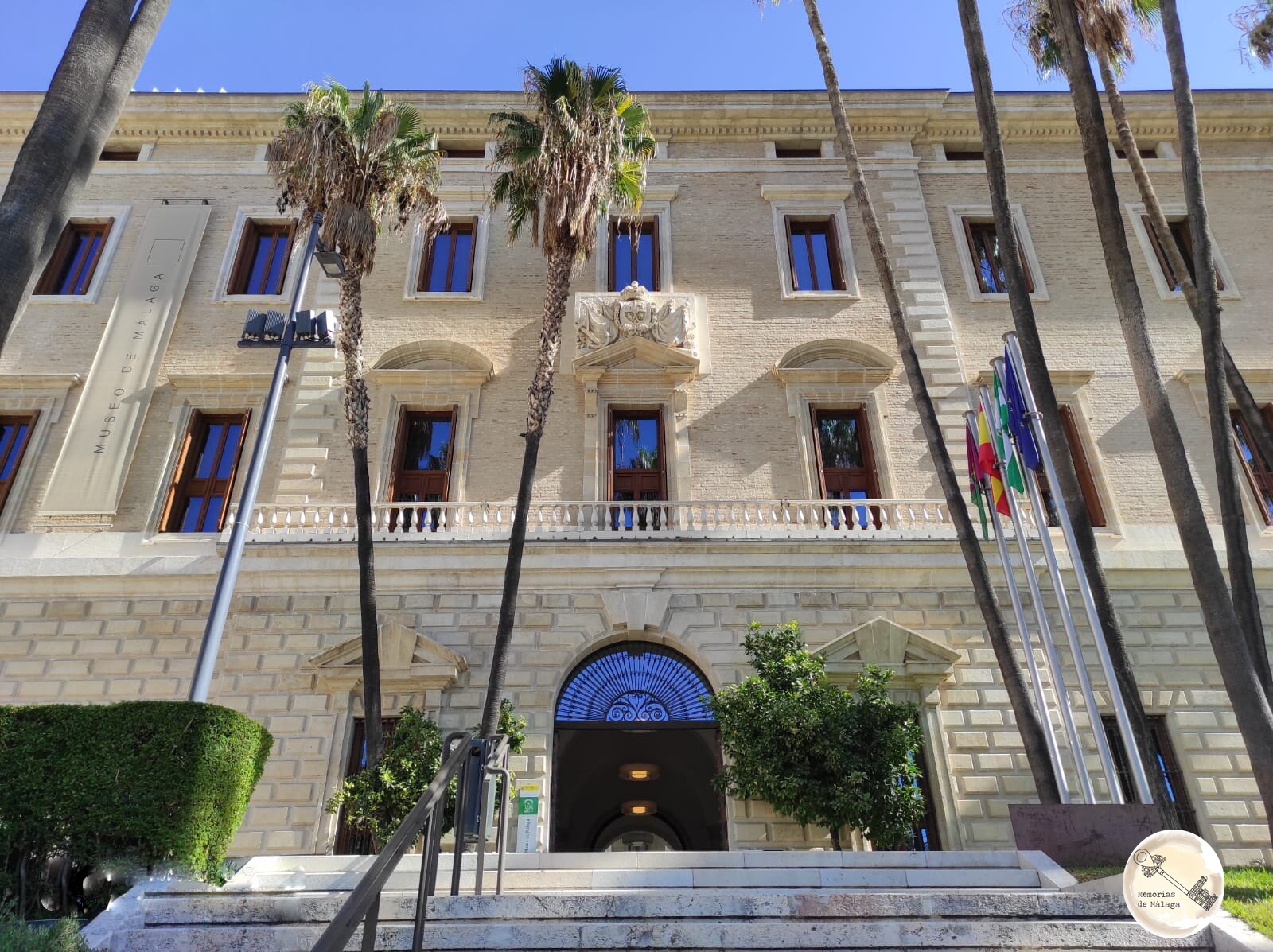 Malaga Cathedral, officially the Cathedral of the Incarnation, is one of the city’s most significant monuments. After conquering the city from the Muslims, the Catholic Monarchs ordered the construction of a Christian religious temple in the city on the site of an old Arab mosque.

It took nearly two hundred years to build it, which explains the mix of urban styles it presents: the Gothic style of the ground plan coexists with the Renaissance style of the chevet and the Baroque style of its towers.

Popularly known as the “manquita”, during its construction the budget was scarce and it was not possible to build the second tower that had originally been planned. 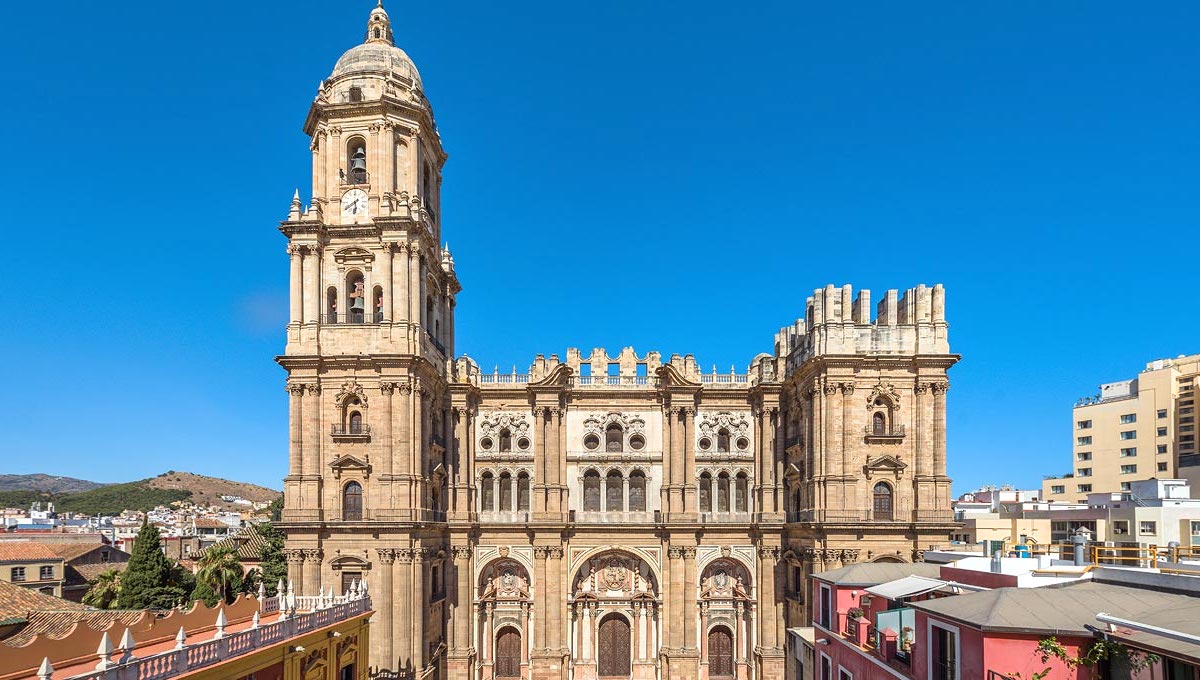 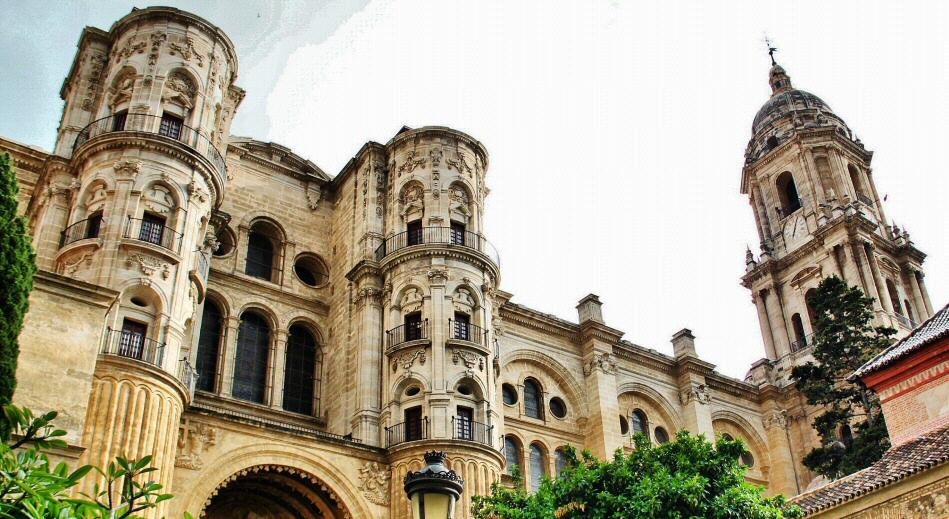 Inaugurated in 2015, the Malaga headquarters of the Centre Pompidou, the legendary contemporary art museum in Paris, came to revolutionise the city’s cultural offer and continue the city’s commitment to attracting museums and art galleries.

Located in a suggestive cube-shaped building designed by Daniel Buren, which has already become an undisputed symbol of the city, its transgressive exterior design is in itself worth a visit. Its collections vary every two and a half years, the current one is entitled: “From Miró to Barceló. A century of Spanish art” and includes works by Pablo Picasso, Miquel Barceló, Joan Miró, Salvador Dalí and Luis Buñuel. The truth is that if you’re a lover of contemporary art, you can’t miss this site. 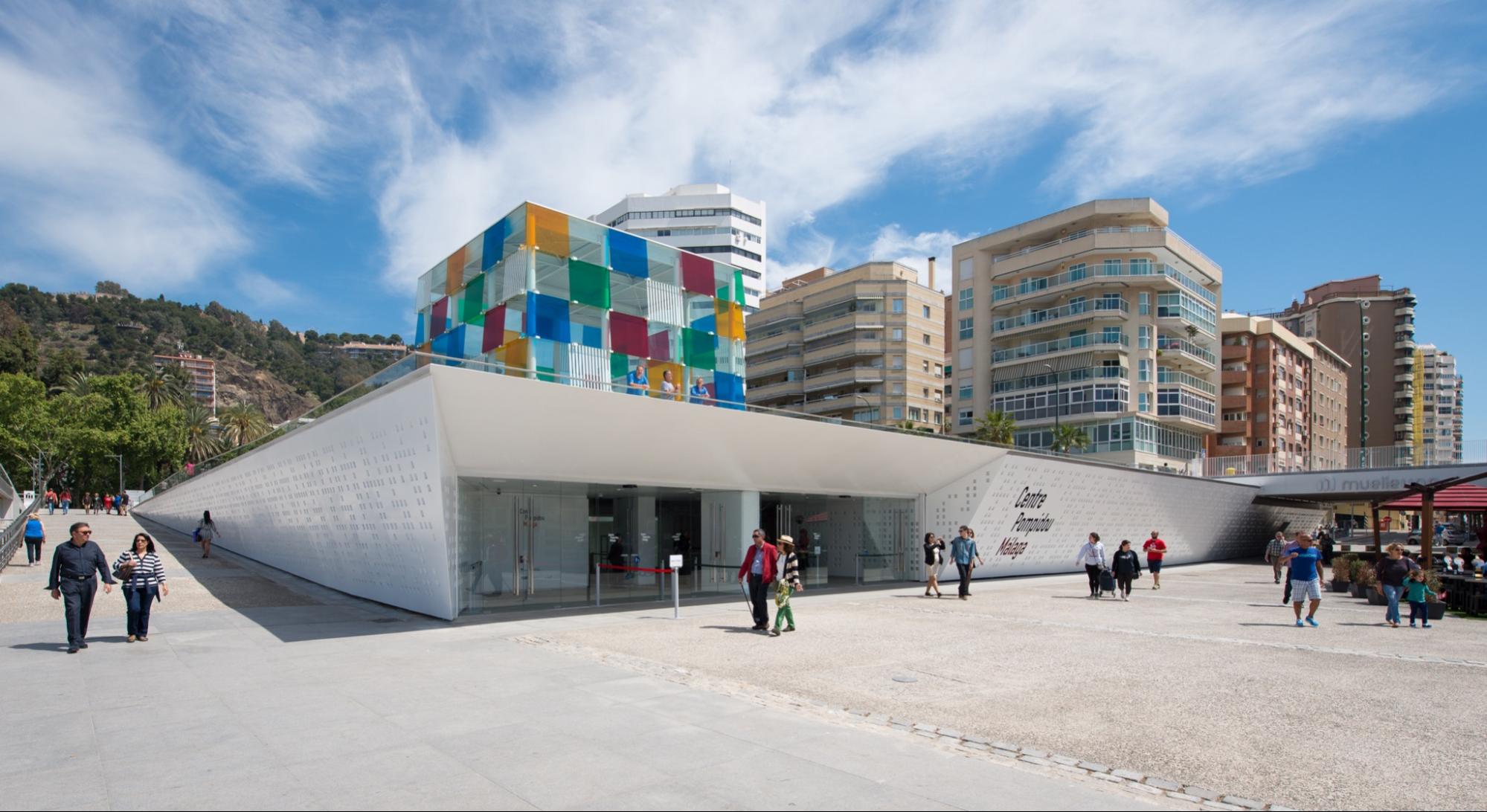 The Alcazaba and the Roman Theatre

The Alcazaba of Malaga is one of the most coveted and visited medieval remains of the whole city. Together with the Gibralfaro Castle and the Roman Theatre of Malaga, it forms one of the best-preserved and most interesting medieval architectural ensembles in the whole of the peninsula.

In this case, it was built by the Muslims in the 11th century on the site of an ancient Roman fortress. Through the keep, it connects with the neighbouring castle while inside it houses the Archaeological Museum, which houses a fantastic collection of statues, mosaics, tiles and pottery from Roman times.

The history of Malaga’s Roman theatre is even more surprising. It was discovered in 1951 when a garden was being prepared at the entrance to the Casa de la Cultura. It is in an absolutely fantastic state and is thought to have been built in the time of Emperor Augustus. 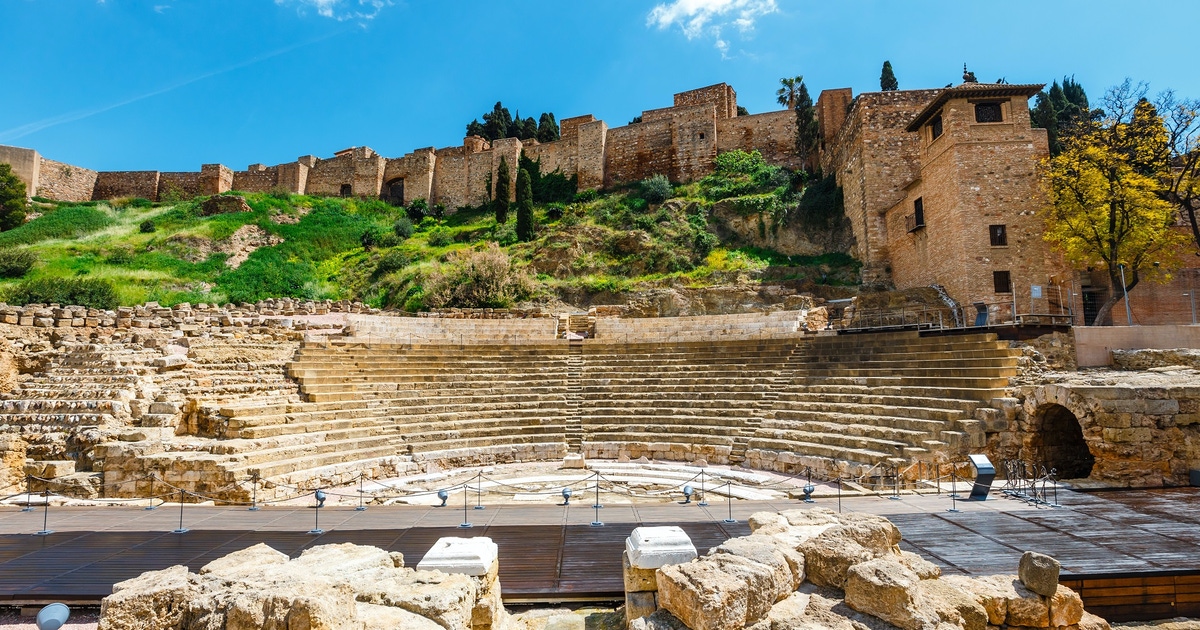 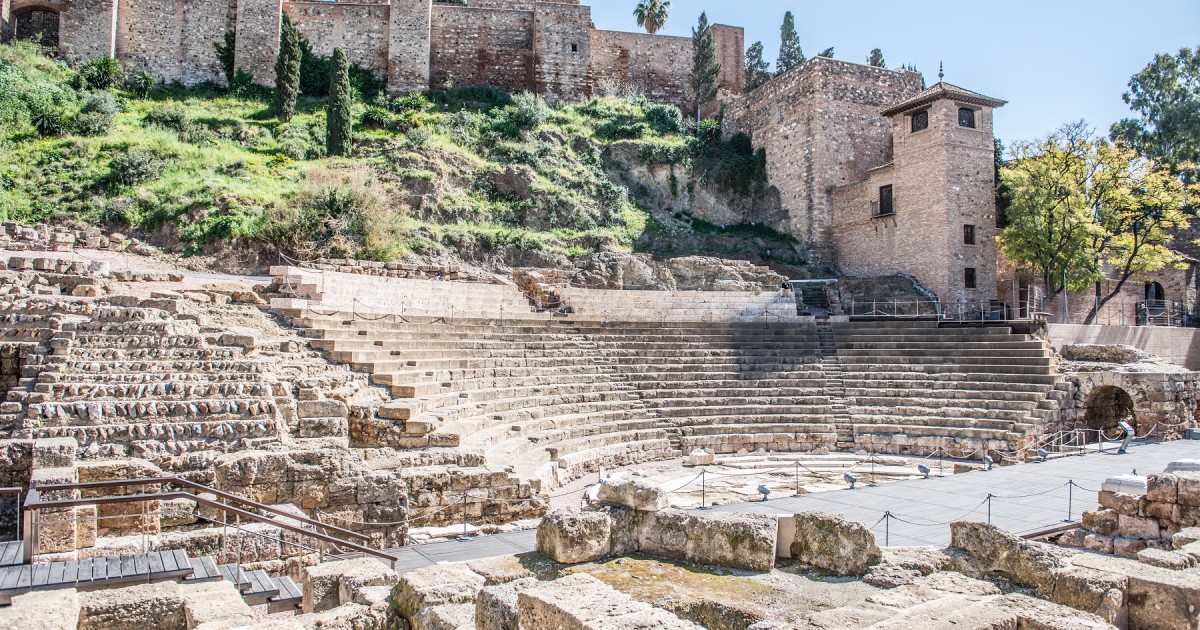 Calle del Marqués de Larios is one of the focal points of the city and is the best street to hit for a spot of shopping. So important that it is considered the fifth most expensive shopping street in Spain, only surpassed by some streets in Madrid and Barcelona.

Moreover, thanks to the beautiful architecture of the buildings that flank it, it is one of the most elegant streets in the country. An ideal street for strolling, enjoying the architecture and shopping in some of its shops. 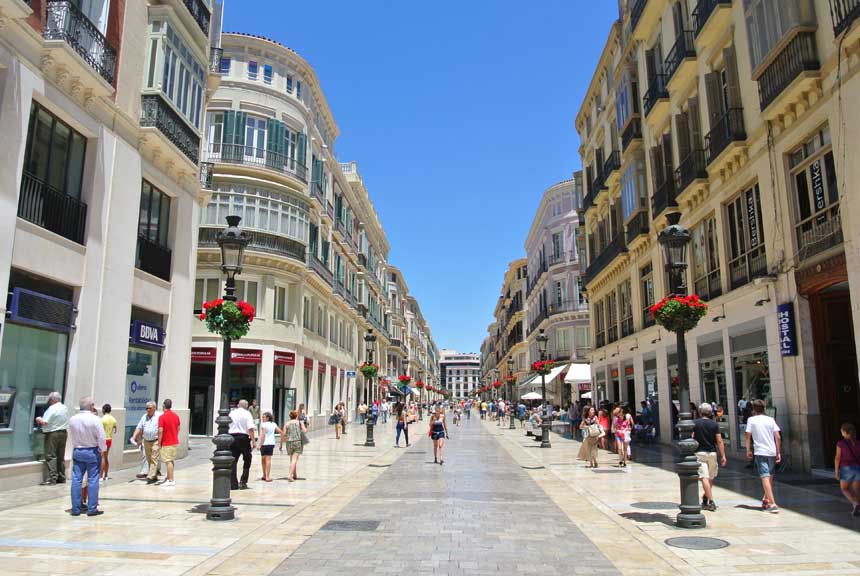 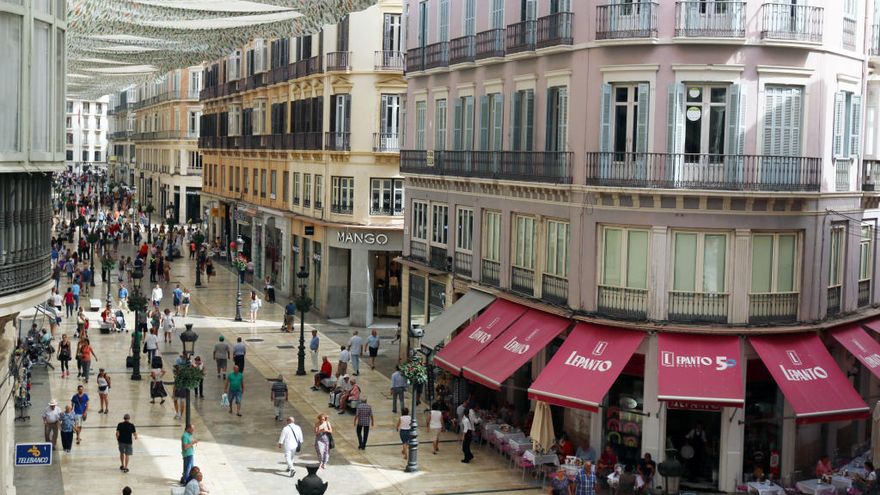 Where to Stay in Malaga:

In our opinion, the best area to stay in is the Malaga city centre. The old part of the city centre is bursting with charm, with small medieval streets, archaeological remains and buildings of great interest, belonging to different historical periods.

It’s the area with the greatest influx of tourists and most of the streets are pedestrianised, inviting you to take a pleasant stroll through them. Choosing the centre to stay in Malaga means staying in the area with the most cultural and monumental interest in the city.

Here, you can see most of the most important architectural attractions, such as the Cathedral, the Alcazaba, the Roman theatre and the Gibralfaro castle, as mentioned before.

There are well-stocked shopping areas, not only in the famous Calle Larios, the hub of the centre of Malaga but also in many street markets such as the one in the Plaza de la Merced. You’ll also find fixed markets such as the large Central Market of Atarazanas, a visit that deserves to be on your must-visit list.

It is also an excellent choice for those who want to enjoy the nightlife, as the centre of Malaga is one of the main nightlife hotspots, with plenty of bars and pubs to keep you going until late into the night.

If you want to visit other areas or go to the beach, the centre is very well communicated with the rest of the city.

In short, it is an ideal area to stay in Malaga in every way. You will be close to the main tourist attractions, also to the beach, you will have a wide range of shopping and restaurants, and at night you can go out for drinks.

In terms of accommodation, this is the area with the most abundant offer, with establishments of all kinds. However, accommodation is more expensive, for the same category, than in other areas of the city.

Parador de Málaga Gibralfaro is a  luxurious four-star hotel with an extraordinary location, next to the castle and at the top of the Gibralfaro mountain, from where you can enjoy exceptional views of the city and the sea. Ideal for a luxurious night’s sleep in Malaga.

The establishment is surrounded by pine trees and has an elegant and classic interior decoration. The rooms are equipped with every comfort and the hotel has a swimming pool and solarium on the rooftop.

Also, there’s Palacio Solecio. Established in a historic building from the 17th century in which the original architectural and artistic style has been maintained, the hotel exudes exclusivity in all its rooms. It offers very complete rooms, with luxurious details and an excellent location in the Jewish Quarter, very close to the cathedral. 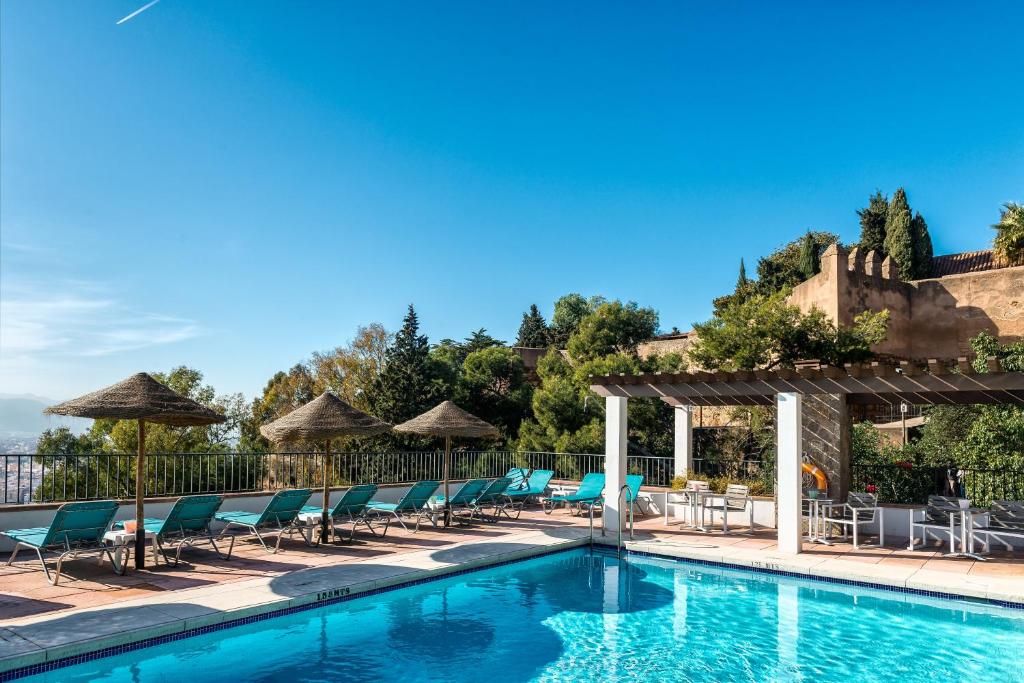 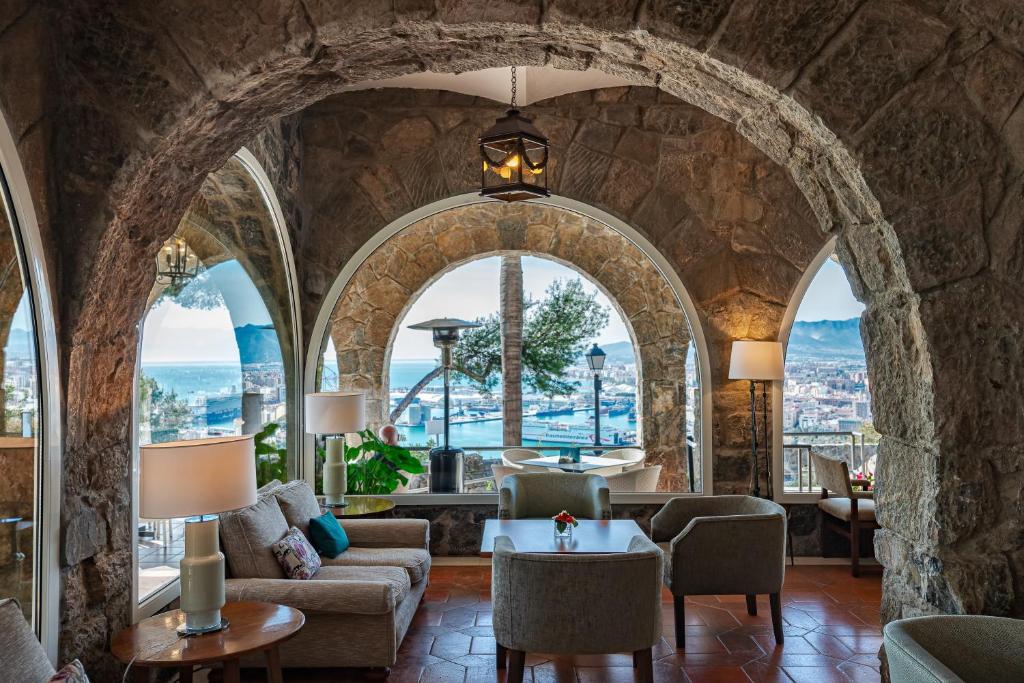 Casual del Mar Malaga is a cosy three-star hotel with an excellent location, in the vicinity of places of interest such as the cathedral, the Alcazaba or the Atarazanas market. Its 46 rooms have a peculiar decoration, reflecting themes of the seabed, oceans, islands and secrets under the sea. The rooms are comfortable and well equipped. Less than a ten minute’s walk from the city’s train station. 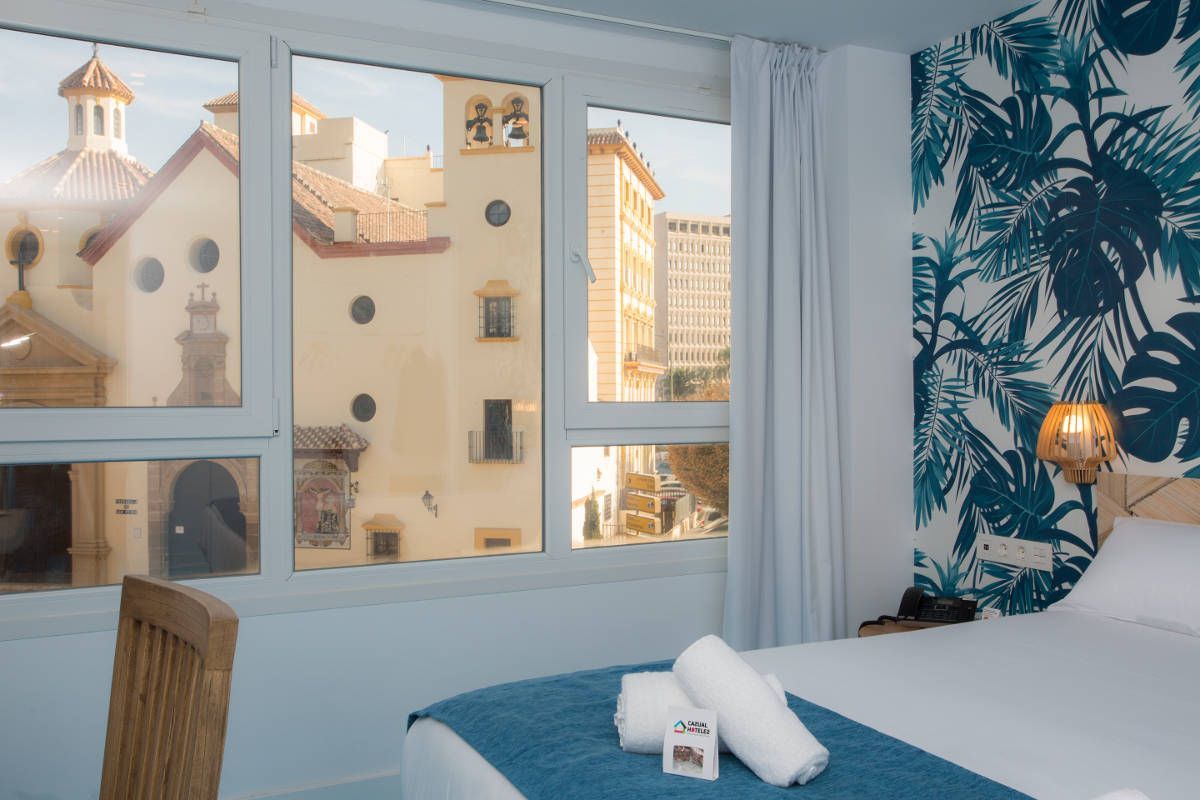 Previous articleDo You Want To Be A Teacher In One Of The Best Schools In Spain? Elian’s British School Of La Nucía Is Hiring Now!
Next articleMantarraya MX: Bringing the Authentic Taste of Mexico to Marbella