On April 17, the virtuous American pianist of Chinese descent will perform a piano concert at the International Piano Festival that is held at the Auditori Teulada Moraira this Easter. This festival is considered as a tourist and cultural event and a leisure proposal complementary to the various activities that take place in the area during the holiday.

Claire Huangci is a prodigy pianist who has captivated audiences for her incredible artistic sensitivity and her interpretative subtlety. She started her international career when she was only nine years old and she became the youngest participant in receiving the second prize in the International ARD Music Competition in 2011. Claire Huangci was also the winner of the first Mozart prize in the Geza Anda Contest of 2018. Now you can enjoy your virtuosity with piano at the Auditori Teulada Moraira.

The concert will take place on Wednesday, April 17 at 20:00 at the Auditori Teulada Moraira. During her performance Huangci will perform pieces by world–renowned composers, such as the Sonatas by Domenico Scarlatti, the Nocturnes by Frédéric Chopin, the Hungarian Dances by Johannes Brahms and the Preludes by Sergei Rachmaninov. 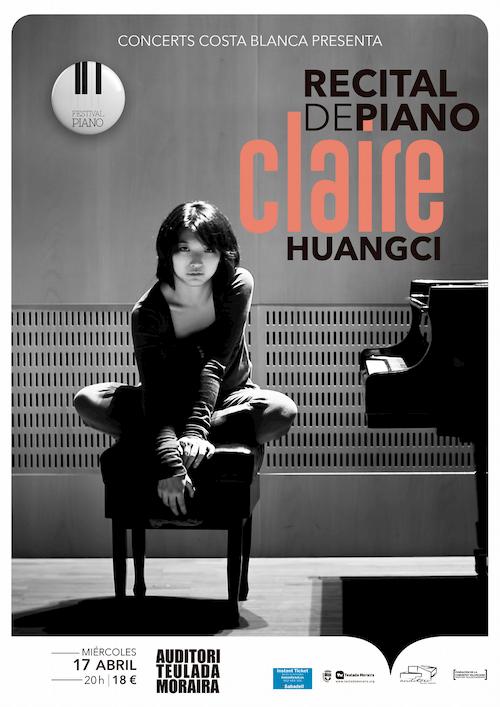 A spectacular program at the Auditori Teulada Moraira

With this concert a wonderful season is still celebrated in the Auditori Teulada Moraira, which will continue on May 17 with the Meeting of Bands with the participation of the professional conservatories of Dénia, Altea and Teulada, whose entry will be free. In addition, on May 17 it will be offered a piano recital by the British Alex Ullmann. Enjoy culture and music with the wonderful program of the Auditori Teulada Moraira!

For more information visit the official website of the Auditori Teulada Moraira. You can buy the tickets for this concert and other events at the ticket offices of the auditorium, in the town hall of Teulada or in the Espai La Senieta of Moraira.