One of the most popular tourist resorts in the province of Castellón, Peñíscola, also known as the City in the Sea, is a former island now connected with the land, surrounded by the immense blue of 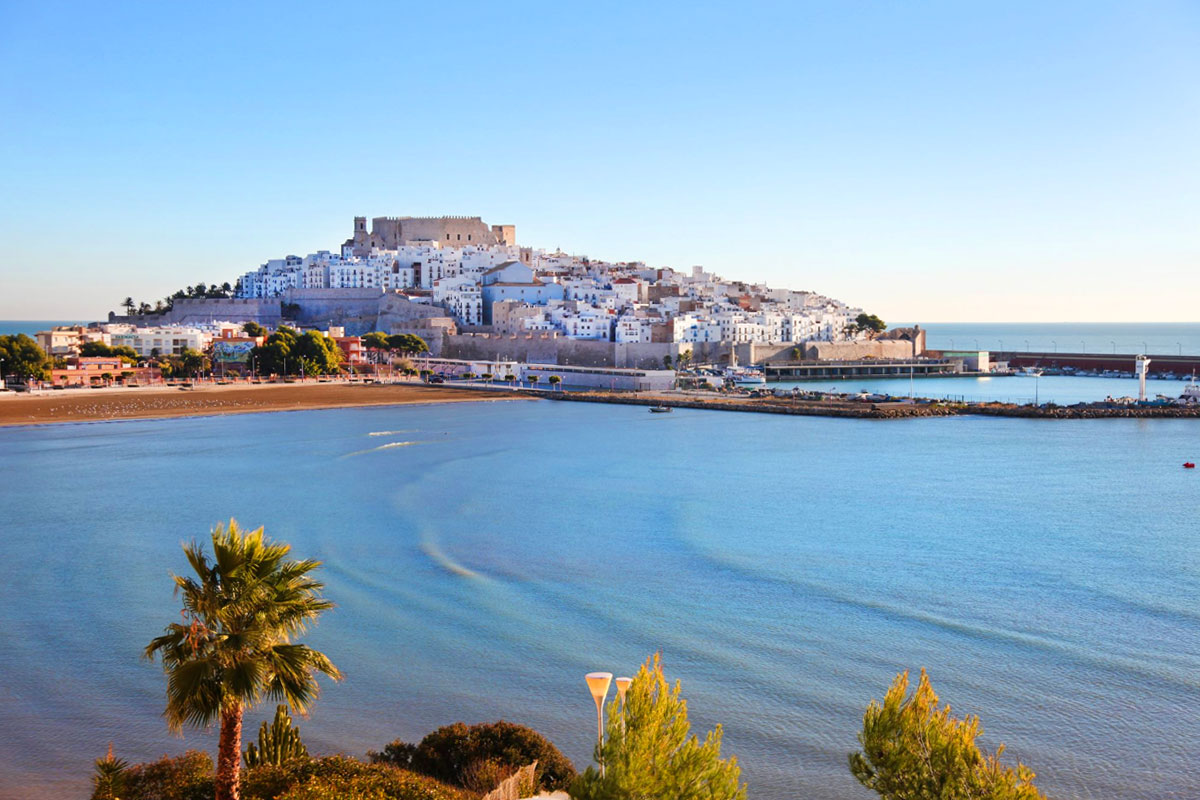 One of the most popular tourist resorts in the province of Castellón, Peñíscola, also known as the City in the Sea, is a former island now connected with the land, surrounded by the immense blue of the Mediterranean and filled with beautiful panoramic sights and charming architecture.

A fairy tale medieval city, Peñíscola is crowned by a Templar castle from which Pope Luna, Benedict XIII, drove the Western Schism and determined the fate of Christianity for many years. The fortress stands on the highest point of the peninsula and the parade ground offers as a delightful balcony over the Mediterranean. In spring and summer this walled enclosure hosts a film festival and a Baroque music event.

But this jewel in the heritage of the small peninsula and the site of the historic quarter is only a part of the town as it is today. Outside the defensive walls there are numerous hotels, apartments and residential estates which are a testament to this fashionable beach venue’s reputation as a tourist resort. Visitors may also like to see the lighthouse and the Museum of the Sea, or go hiking or mountain biking in the Sierra de Irta nature reserve. The ancient city, its history and people of Peñíscola offer the sensation of time standing still so that each visitor can have a truly unique experience.

Peñíscola boasts a wealth of culinary diversity that makes it a unique treat for the senses. Countless flavours and aromas related to the sea developed in Peñíscola over the centuries. All i Pebre de rape (monkfish cooked with pepper and garlic), Suquet de peix (fish stew), shellfish, caragols punxents (spiny dye-murex), which has “denomination of origin” status in Peñíscola, crayfish and prawns are just some of the examples of the wealth of their cuisine.

There are also plenty of dishes using the rich vegetables of the land and we mustn’t forget about the rice which, accompanied by the finest seafood and fresh produce, is one of the top choices. And there’s no better way to round off an exquisite meal than with tasty pastissets de carabassa (pumpkin pulp with honey and cottage cheese) or flaons de Peñíscola (cottage cheese and almond cake).

Cover image via www.peniscola.es where you can also find more information about planning your trip.