Having had roaring success in Spain, Penelope Cruz’s talent has even landed her in the Hollywood spotlight. 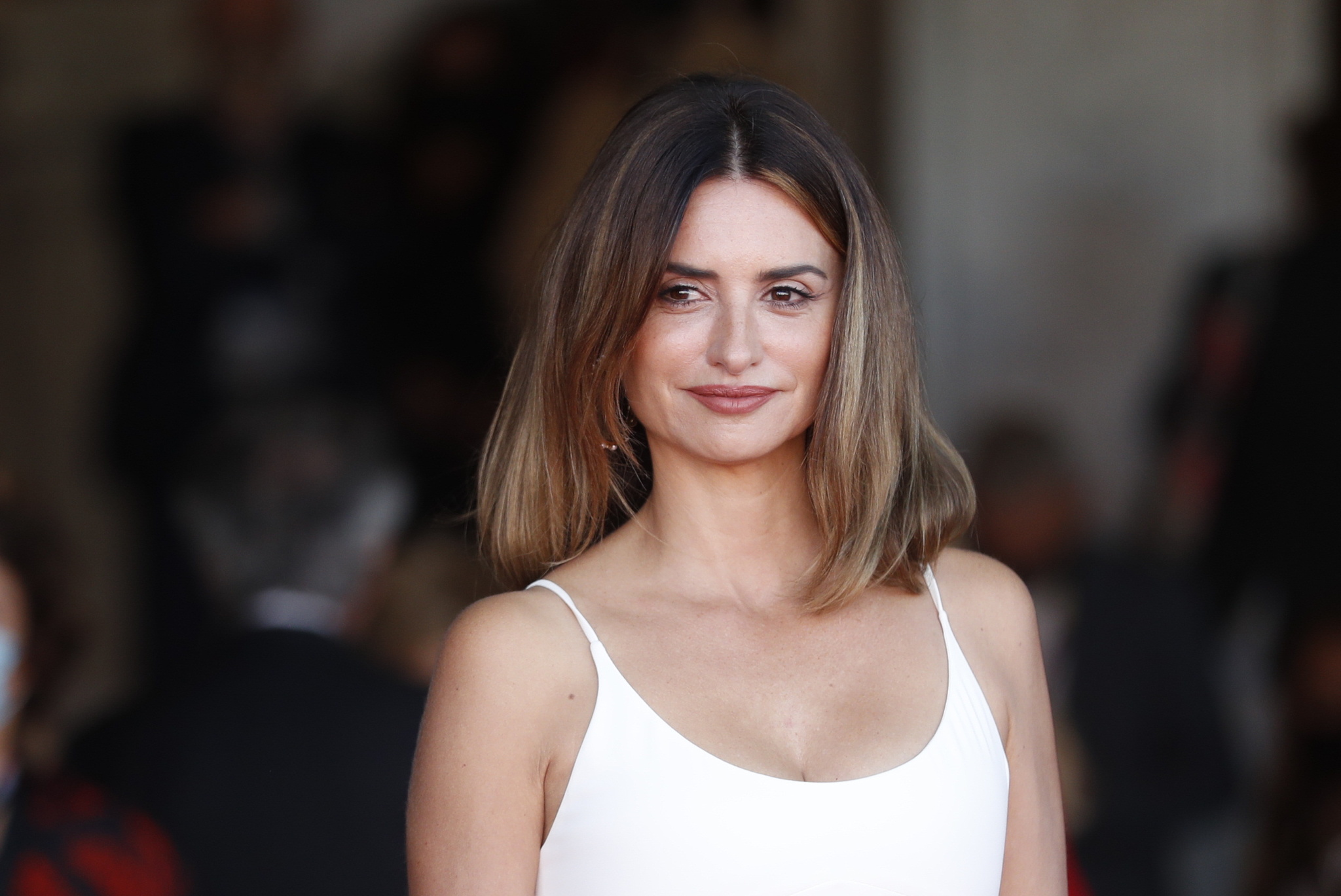 Spanish actress Penelope Cruz undoubtedly has the greatest projection in Hollywood. After establishing herself as one of the most active and sought-after performers on the national scene, with around twenty films to her name, two of them with Oscars “Belle Époque”, 1992 and “Todo Sobre Mi Madre”, 1999.

She also has a Goya Award for Best Leading Actress for “La Niña De Tus Ojos”, 1998 to her credit. She set out to conquer the Mecca of cinema and today has a series of works that link her to the great stars of Hollywood.

One of the most important actresses in the country, she has worked under the orders of the greatest directors and has also reached Hollywood to conquer it. In fact, in 2009 she became the first Spanish actress to win an Oscar for best-supporting actress for ‘Vicky Cristina Barcelona’. And she did it wearing one of the dresses that have made Oscar history, her vintage white Pierre Balmain design with a sweetheart neckline and delicate embroidery. 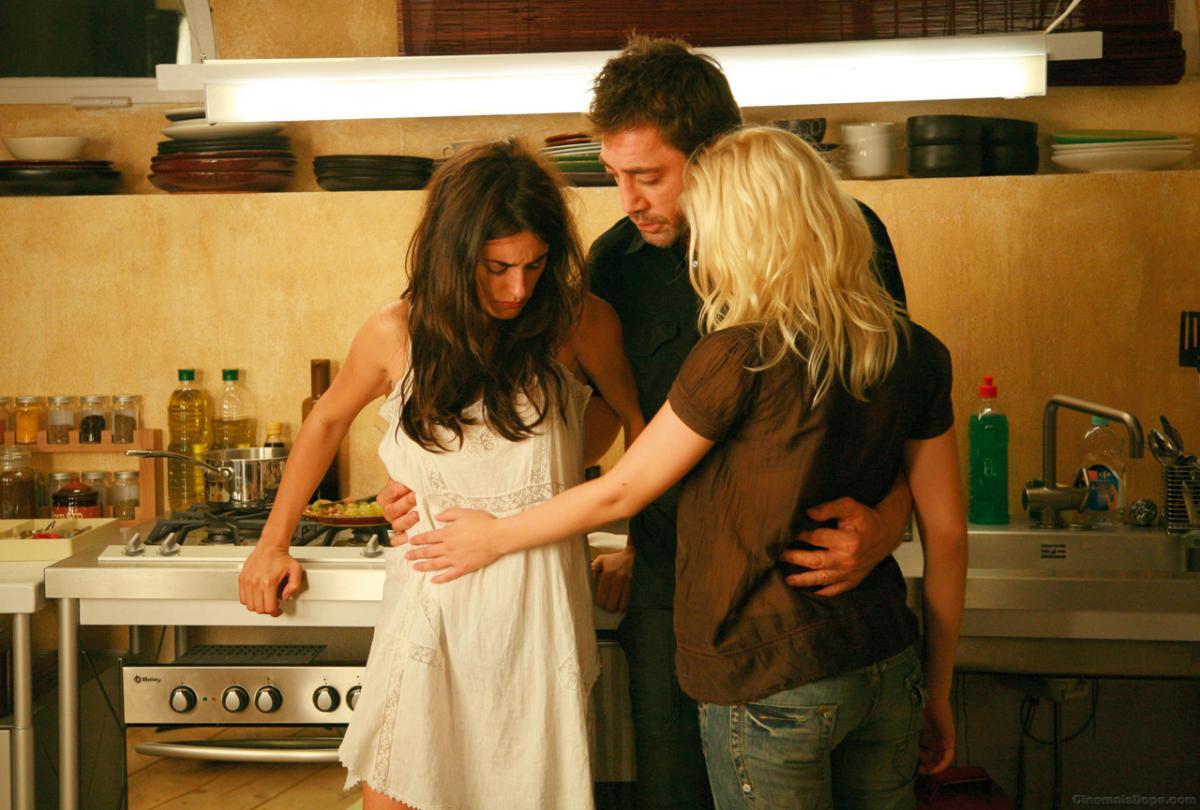 Taking her first steps as a young model, it was this first contact with the cameras that encouraged her to take part in a casting call by Katrina Bayonas, her later artistic agent, and she was selected from among 300 applicants.

In 1991, she began working in the film industry as a supporting actor in Rafael Alcázar’s “The Greek Labyrinth”. On television, she participated in the series “Crónicas Urbanas, by Ricardo Palacios, and in Ella y él, by Jaime Chávarri. She was also the presenter of the musical programme”La Quinta Marcha”, on the private channel Tele 5.

In 1998 she participated in two films that marked her career. She was one of the main characters in Pedro Almodóvar’s multi-award-winning story All About My Mother, and she made her first foray into the American industry when she appeared in Stephen Frears’ The Hi-Lo Country, in a role that had little impact. 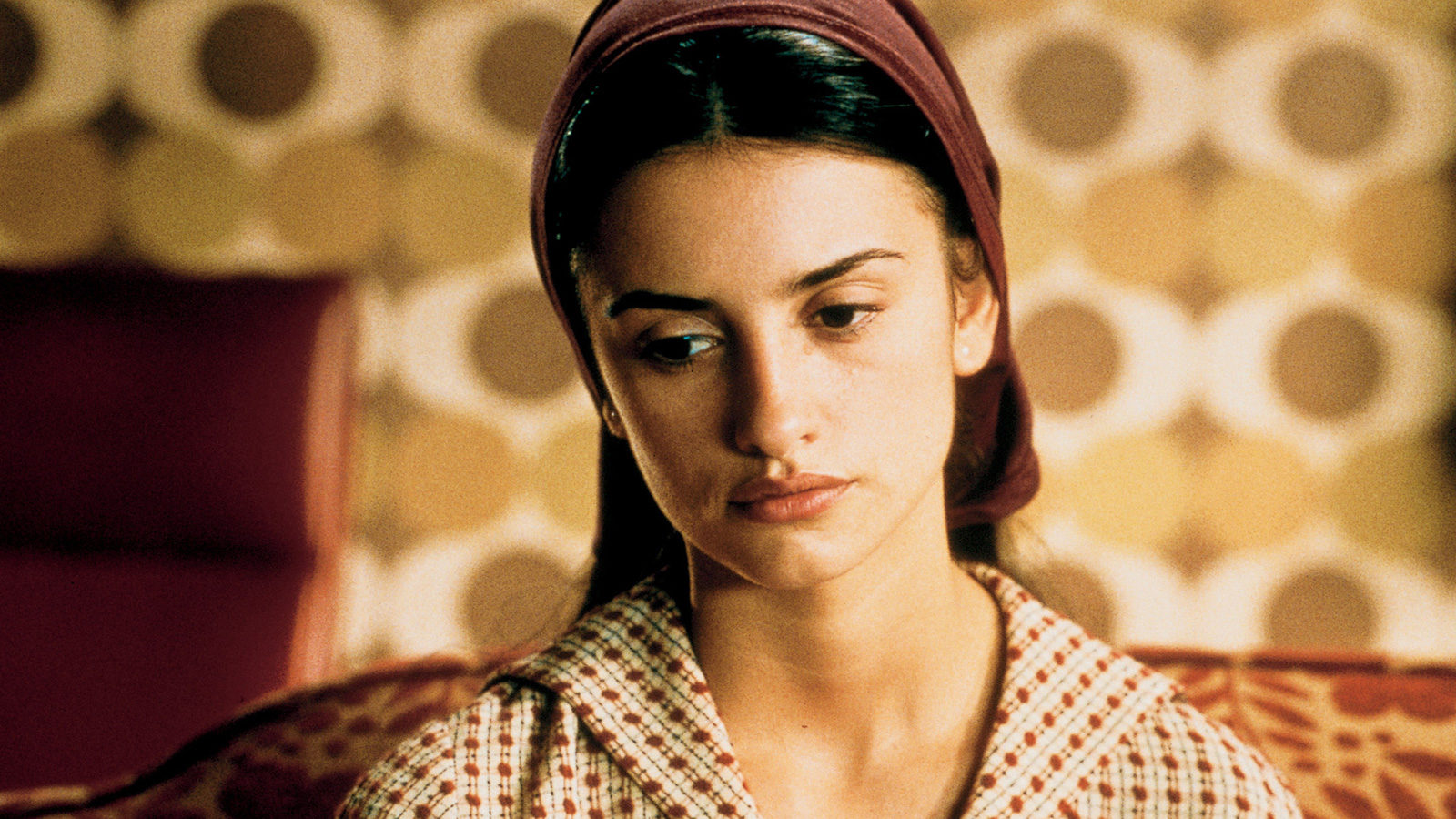 All About My Mother

However, the step she took was enough for her to string together a series of important jobs in productions directed, among others, by Billy Bob Thornton in “All the Pretty Horses” 1999, Ted Demme “Blow”, 1999, and John Madden’s “Captain Corell’s Mandolin”, 2000, alongside Hollywood’s leading men Matt Damon, Johnny Depp and Nicolas Cage.

She reprised her role for Vanilla Sky, Cameron Crowe’s American remake of Amenábar’s film “Abre Los Ojos”. During the filming, she coincided with Tom Cruise, with whom she began a romantic relationship. At the height of her career in the United States, she returned temporarily to Spain to work with director Agustín Díaz Yanes for “Sin Noticias de Dios”.

In April 2004, she received the David de Donatello Award, the most important Italian film award, for her performance as an unfortunate girl from the suburbs of Rome in Sergio Castellito’s Don’t Move. Her performance also won her the Jameson Audience Award at the annual European Film Awards in Barcelona. 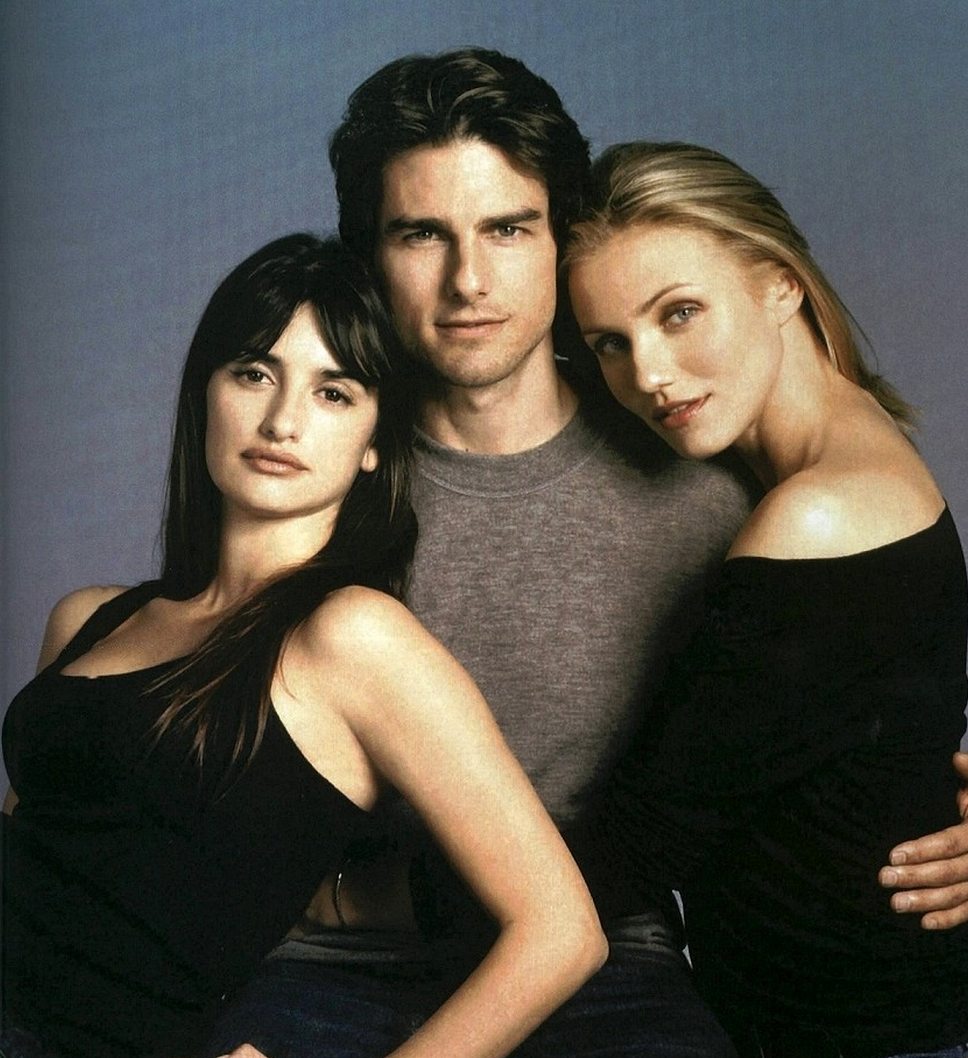 Returning to Film with Pedro Almodóvar

At the end of March Penélope Cruz joined the shooting of the new film by Pedro Almodóvar: “Parallel Mothers”. It tells the story of women who give birth on the same day and exchange episodes of their lives. Alongside Penélope, her co-stars are Aitana Sánchez-Gijón and the lesser-known Milena Smit.

It’s an intense drama about motherhood, the ancestors and the descendants of these mothers. It will be shot in interior studios in Madrid and on location in La Mancha, because the latter region, to which Almodóvar belongs by birth, collaborates financially with his production company with a small contribution of around 25,000 euros.

Pedro is sentimental and feels a very deep connection to the village where he was born. Penélope was born in Alcobendas, a town in the industrial belt of Madrid, on the 28th of April.

The Madrilenian has already made five films under the orders of Almodóvar. And now, as she tackles her sixth, she is tied with Carmen Maura, who has also appeared in half a dozen films with Pedro. Both are known as “Almodóvar girls”, a happy term that was applied to all the women who filmed under his direction.

Her definitive consecration among the great stars of Hollywood came from veteran filmmaker Woody Allen, who cast her in his film Vicky Cristina Barcelona (2008). Filmed in the city of the title, Penélope played the ex-wife of a bohemian painter (Javier Bardem), who remains romantically involved with her husband despite his affairs with two young American women (Scarlett Johansson and Rebecca Hall).

Her portrayal of a female character whose passion borders on mental imbalance earned her unanimous praise and won her an Oscar for Best Supporting Actress, the first Spanish actress to do so.

In her personal life, the actress is married to Javier Bardem, with whom she has had her first child. Years before, she had had affairs with Tom Cruise and Matthew McConaughey. 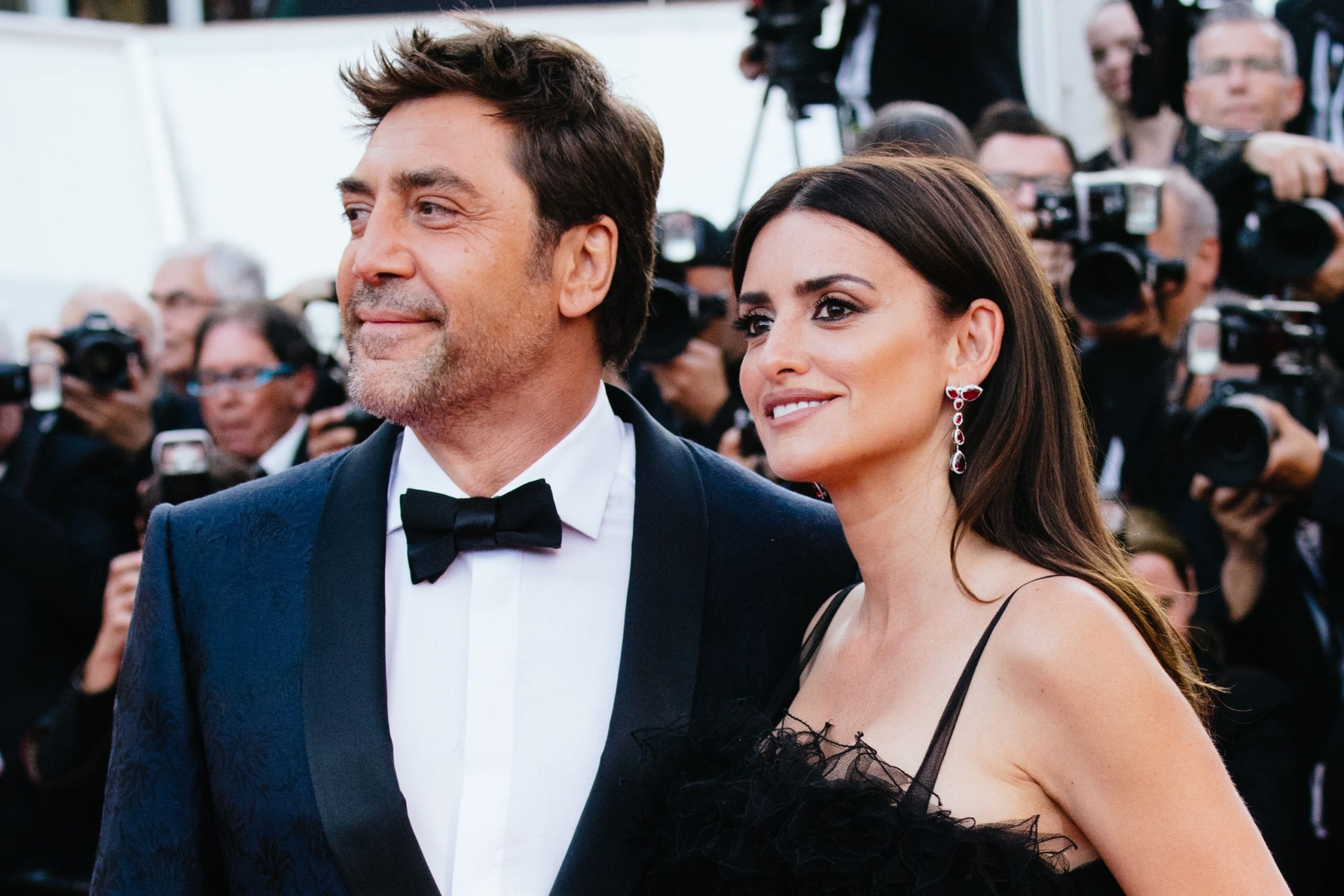