The XXXIX Gala Nacional del Deporte (XXXIX National Sports Gala) of the Spanish Sports Press Association (AEPD) was held yesterday in the Camilo Cano municipal pavilion in La Nucía, where women’s sports received well-deserved recognition. The gala was broadcast live by Teledeporte and had the presence of the greatest Spanish athletes, such as Sandra Sánchez, Alejandro Valverde and Carolina Marín.

Spanish sport is a reference worldwide. The country has great, wonderful athletes, who were recognized yesterday at a gala that was attended by the President of the Government, Pedro Sánchez. The small town of La Nucía in Alicante was the venue chosen to welcome sports personalities such as Luis Rubiales, president of the Spanish Football Federation, or the tennis player David Ferrer, who was born in Jávea. 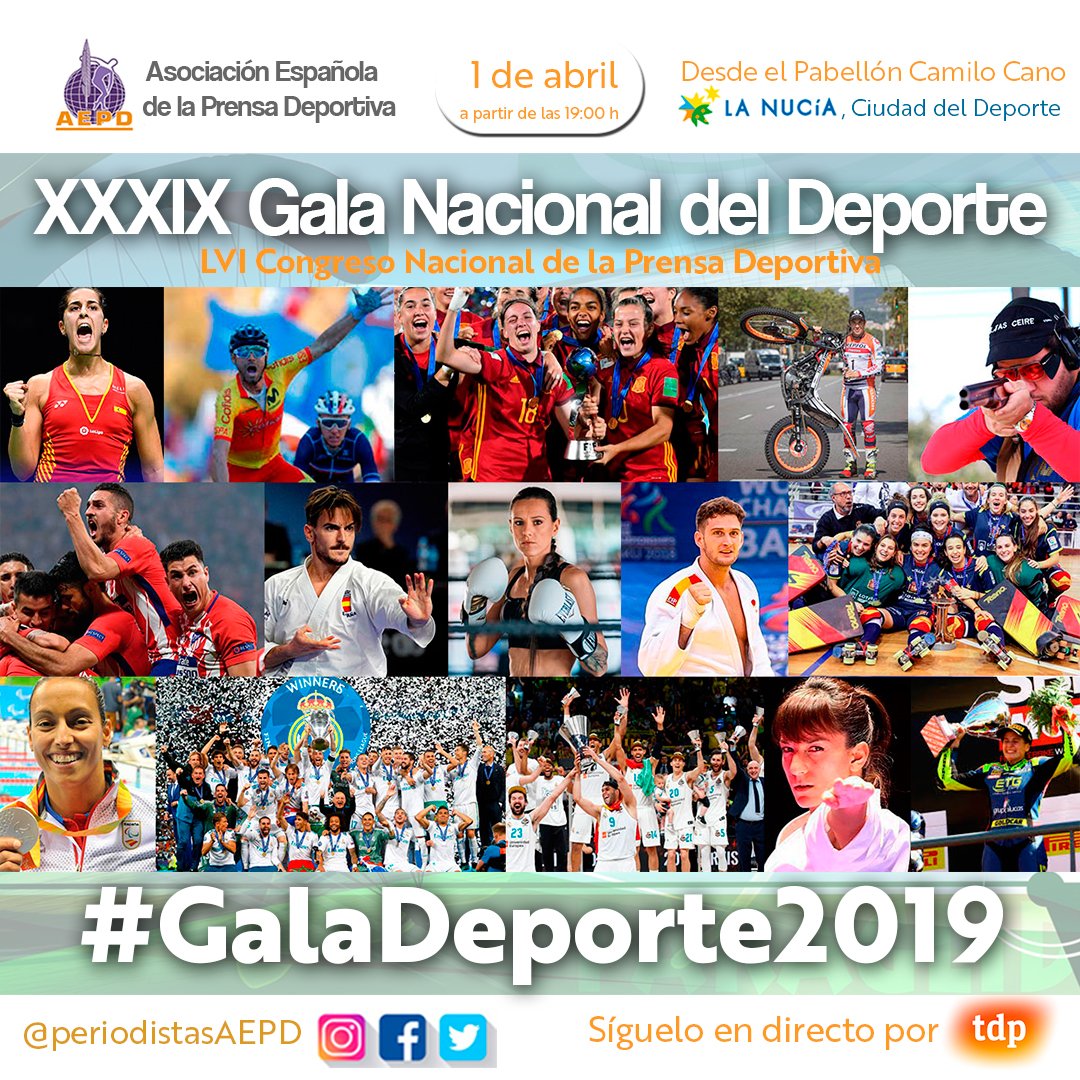 Blanca Benlloch and Jesús Álvarez presented the awards ceremony, which began recognizing the work of the karatekas Damián Quintero, world runner-up in katas, and Sandra Sánchez, champion of the world in katas. Both were concentrated in the Olympic Games of Tokyo 2020, even with the disappointment of the exclusion of karate in the Paris 2024 edition. The women’s under-17 soccer team, the Atlético de Madrid team for the Europa League and the Real Madrid for the Champions League were also awarded. Alejandro Valverde, champion of the world of cycling, was another of the honourees, as well as the trial driver Toni Bou, the Paralympic swimming champions, the Olympic shooter Alberto Fernández, Andrea Marcos, world champion of archery and the medallists in the Winter Olympic Games in Pieonchang Jon Santacana, Miguel Galindo and Regino Hernández. Other prize-winners were boxer Joana Pastrana, Olympic badminton champion Carolina Marín, motorcyclist Ana Carrasco, judoka Niko Sherazadishvili, the Spanish men’s handball team, the roller hockey Federation and the athletes María Pérez, Álvaro Martín, Diego García and María Valverde.

The work of the Real Madrid basketball team was also acknowledged for having been the winner of the Euroleague 2018. The film Campeones, by Javier Fesser, was awarded with the “Sports Values” prize, which was one of the most emotional moments of the gala when José de Luna and Alberto Nieto took the stage to collect the prize. To conclude the event, a tribute was paid to the “Great Ladies of Spanish Sport”, such as Coral Bistuer, Almudena Cid and Niurka Montalvo, and the late pilot María de Villota was remembered with the emotion of her father.