Many people reinvent themselves in a good way when they move to Spain, but Russ Pearce seems to have been reinventing himself for at least half of his adult life! In the first of a new series, Spain Life Exclusive talks to the writer, photographer and English teacher who is definitely No Ordinary Expat.

I first met Russ and his lovely wife Trish in November 2014, although I’d ‘known’ him about a year or so before that through a local writing network. WABAS, as it’s affectionately known, also has a Facebook Page where the members showcase their writing, and talk about the joys of living in Spain, to a wider audience. 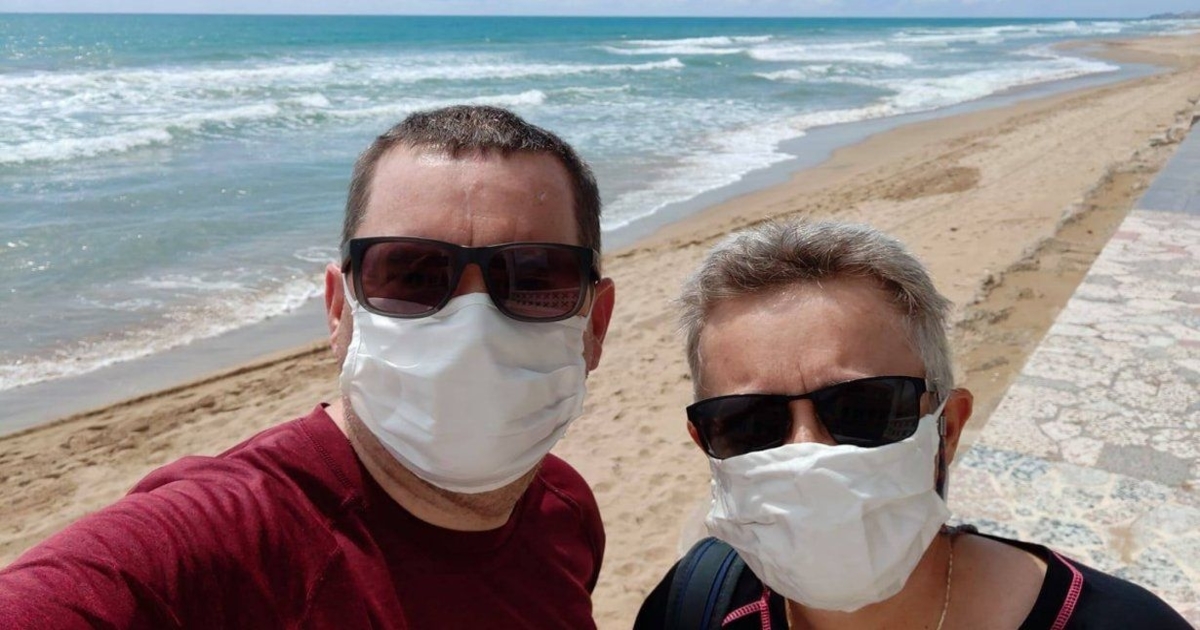 As Julie Andrews sings, Let’s start at the very beginning, a very good place to start… Well, not the very beginning, but when Russ and Trish met in the Royal Air Force (RAF). Apologies to Charlotte Bronte, but Reader, he married her, and they both came back down to Earth.

Deciding military life was not conducive to a harmonious marriage, they left the RAF, but Russ kept the flying connection by going into civil aviation Air Traffic Control. Fast forward to 2003, and Russ was forced into a career change. The couple happened to visit a travel show, where there was a stand about teaching English as a foreign language (TEFL). The RAF had given both Russ and Trish a taste for travel, so they decided to give TEFL a go. In the meantime, Russ also studied for a degree in Travel and Tourism, and they did their TEFL training in Argentina, where they subsequently taught, spending two years in South America. They then took their combined skills to Syria, Azerbaijan, Tunisia and Vietnam, before landing in Spain. 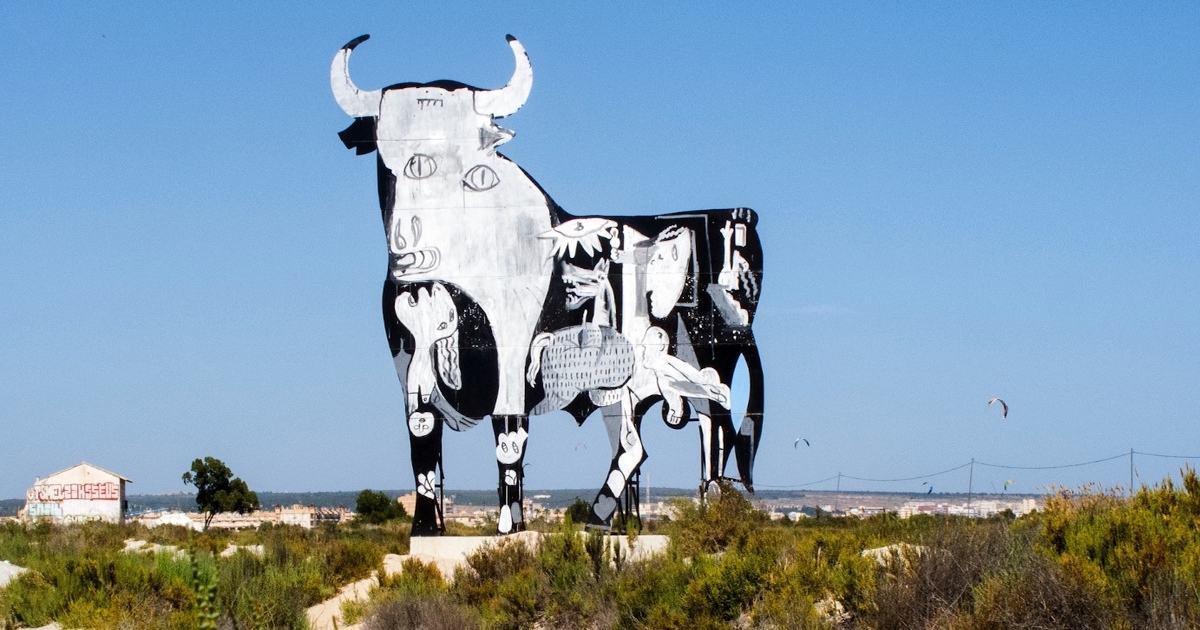 Then came a year in Pamplona, followed by a move to Mataro, with a spell teaching in Libya. At each new location, Russ and Trish made new friends, many of whom they are still in touch with. They were both moved by the reports of the suffering in Aleppo, Syria, as that’s one of their favourite places. In between teaching contracts, which lasted for varying times, they headed off on their own travels, returning to earn more cash for the next trip.

In October 2014, Russ and Trish came to Guardamar del Segura, on the Costa Blanca, with a 6 month contract on a house. By then, they were teaching online for a company in Barcelona, so they weren’t tied down to a particular place. They fell in love with the area, and decided to put down roots, and on St Patrick’s Day 2015, they moved into their own casa on the outskirts of Guardamar. They jumped in the communal pool to celebrate, and jumped out again very quickly! Spain may be very warm in spring, but very few of us venture into the outdoor pools as early as mid March, and now, neither do Russ and Trish. 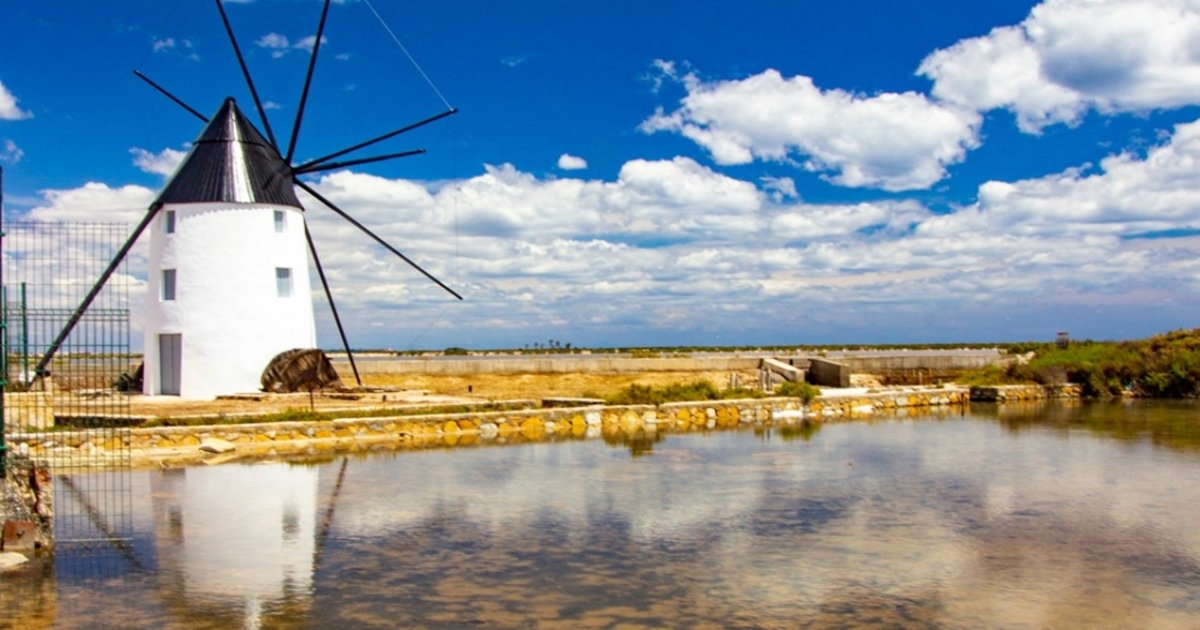 At the moment, Russ and Trish should be on their travels in Azerbaijan, Georgia and Armenia, celebrating a recent Big Birthday for Russ. Our lips are sealed, but here’s a clue: the second number is ‘0’ and the first is somewhere between 4 and 6. Here at Spain Life Exclusive, we always respect the confidentiality of our interviewees. Well, almost always!

Moving rapidly on, I asked Russ how the Covid-19 restrictions had impacted on their work. As they both mainly work online, they haven’t been as heavily affected as some freelancers, and they still have some work. However, because Russ’s latest contract recently came to its natural conclusion, he hasn’t been able to get any sort of government help to tide him over lock-down. The cynics among us might say he’s not alone there, but that’s another story.

Currently, most of Russ’s work comes through Latitude Aviation English Services, a UK company based  in Plymouth that specialises in teaching English to people who work in the aviation industry, so it’s a return to his roots in a different, yet familiar, way. 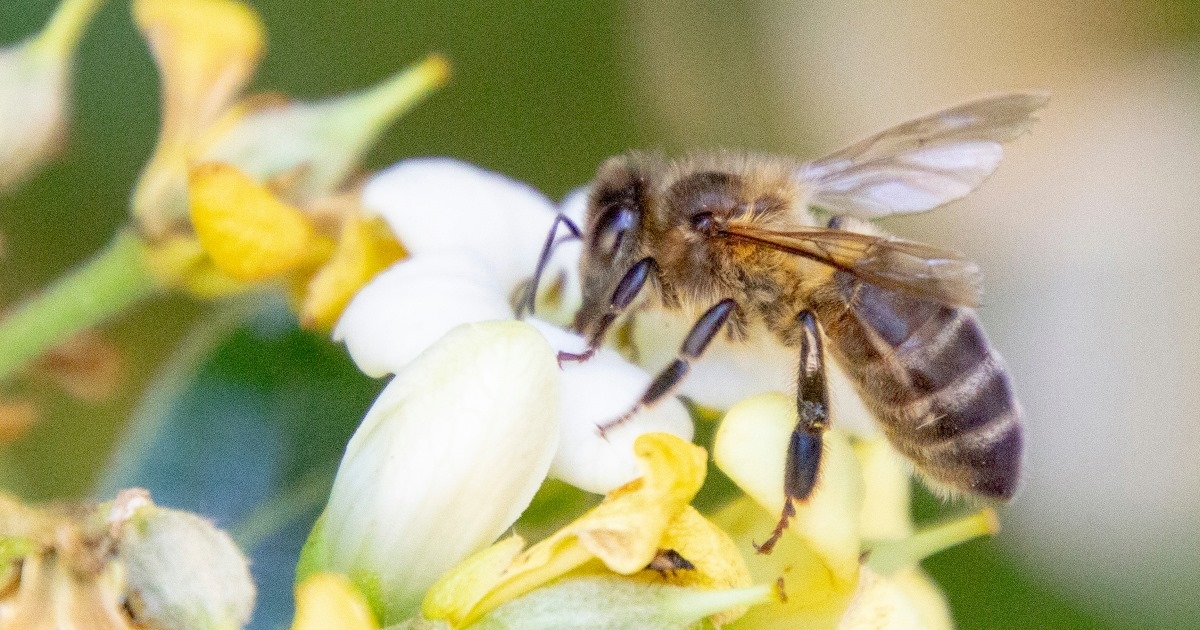 Russ hasn’t been idle in lock-down though. He’s been writing a lock-down diary called Love in the Time of Covid-19. The blog title is a tribute to Colombian author Gabriel Gabriel Garcia’s 1985 novel, Love in the Time of Cholera. It’s well worth reading, because this is a really up-beat, humorous look at the silly things people do during lock-down, and an anthology of the best – and worst – Covid-19 jokes doing the rounds. All of this will very soon be forgotten when the pandemic is but a memory, so it’s good that Russ is chronicling another side of lock-down. You never know, his blog might be on the History curriculum in about 20 years’ time!

Russ is no stranger to blogging. Once he settled in Spain, he started his informative and entertaining Anything But Paella blog. As the title suggests, this is Spain With a Difference. Russ and Trish not only love to travel the world, in their spare time, they head off and seek out the names on the signposts that most of us only see from the main roads as we head for somewhere we found on one of the tourism websites, or in Lonely Planet. If you want to experience Real Spain, Russ’s blog is a very good place to start. (There’s the Julie Andrews influence again. There’s a message in there somewhere!) 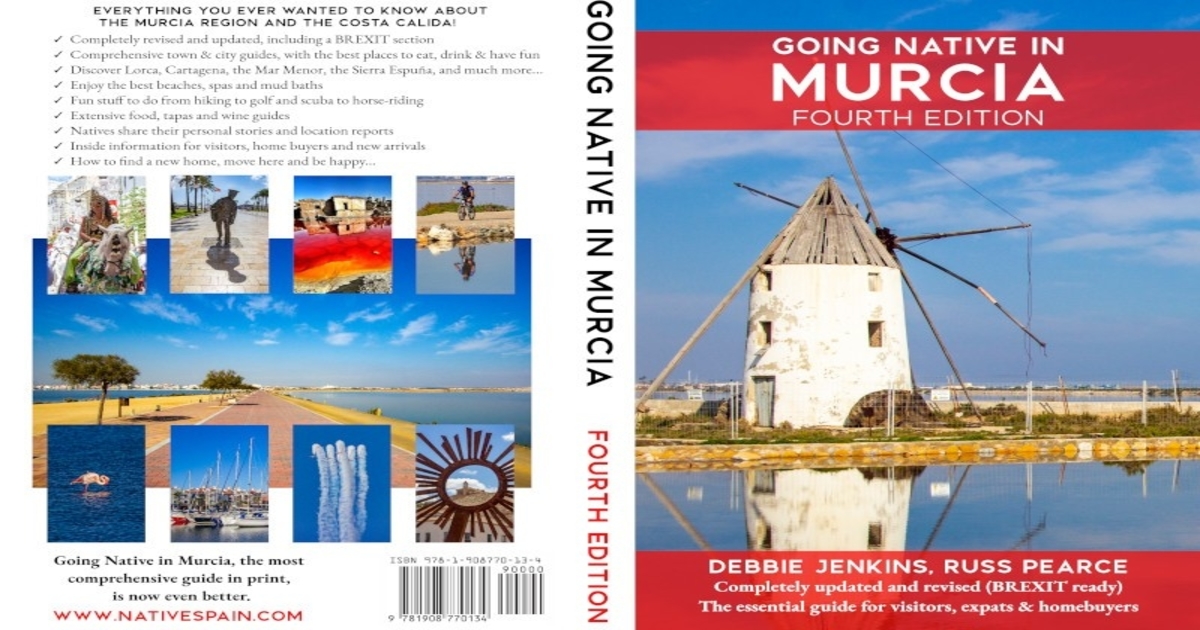 As well as teaching and writing, Russ also collaborates with other writers, and his latest joint project has recently hit the bookshelves. Debbie Jenkins, whose first edition of the seminal Going Native in Murcia first came out in 2005, was looking for a collaborator to fact check, take photos and update information for the fourth edition. She asked in the WABAS group for a willing volunteer, and Russ got the gig.

It took two years to do the job, and with excellent timing, it was released just days before lock-down! This is No Ordinary Guidebook, just as Russ and Debbie are No Ordinary Expats. In fact, I’m hoping the Blonde Bombshell from Birmingham will also talk to Spain Life Exclusive for a future feature. Debbie describes her creation as:

A guide to living well in Murcia – the most comprehensive guide in print.

In here, you’ll find information on every single town and village in the region, as well as the best places to eat, drink and shop, where to find whatever you need, and generally all you will ever need to know about Murcia, whether you want to live there or just visit. There’s also a section on how Brexit may affect life in Murcia.

Russ was tasked with updating the sports section – except for the golf, which he sees as the ruination of a good walk.  He also checked that the businesses featured in the previous edition were still operational, as well as researching new enterprises for inclusion in the fourth edition.

Russ is a very talented photographer, who has an unfailing eye for an unusual shot. His wildlife shots are incredible, so naturally, Debbie was keen for him to take the photos for the new edition. Russ recently won a photographic competition with the header image of this feature. The shot was taken in Madrid when Russ was working there. 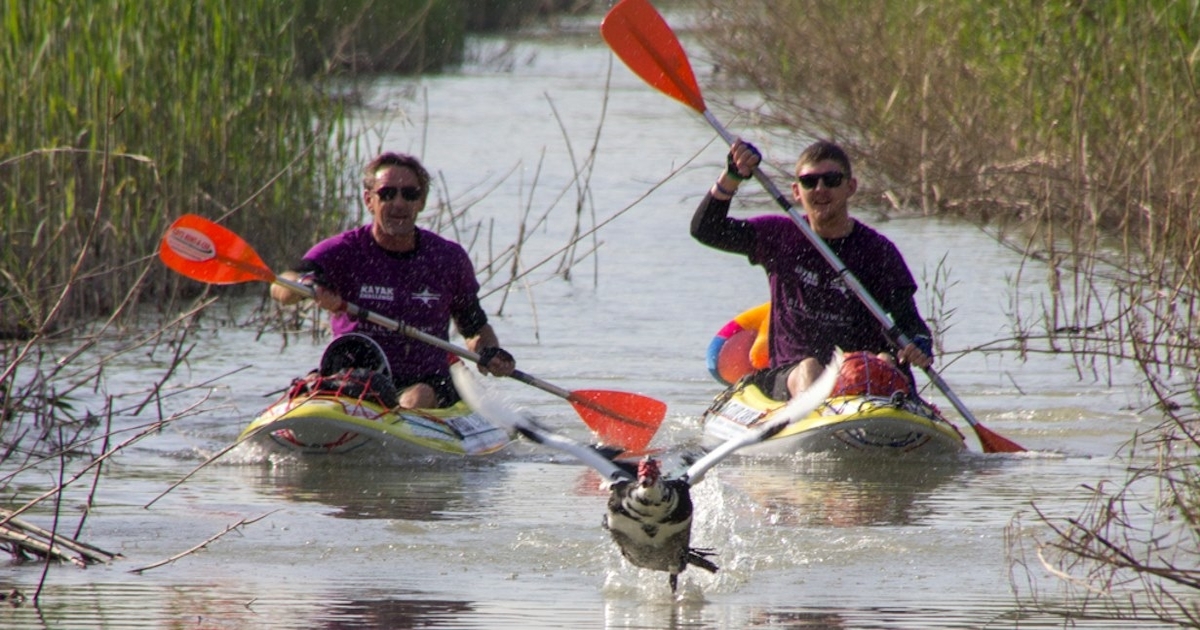 The members of WABAS organise a get together in different parts of Spain each year. They don’t call it a conference, although there are a couple of days of discussion and interaction on writing-related themes. The weekend, held in autumn, is also a chance to explore the culture of other regions, and just enjoy the company of like-minded people, network and make new friends.

Russ and fellow writer Sarah Farrell, author of the recently published Visit Alicante’s Myths and Legends, are due to co-host the 2020 WABAS meet up in Alicante. However, due to the current Covid-19 situation, it may have to be postponed to 2021. Whatever happens, it looks set to be a fantastic weekend, with these two in charge!

With all this going on, it’s surprising Russ finds time to pursue his passion for football, but apparently lock-down has helped him get to know the fans of Seville team, Real Betis! There’s a Peña (Supporters Club) in Elche, near Russ’s home, and just before lock-down, he got to know some of them. They’ve since set up a WhatsApp group, so Russ is looking forward to some sociable times with his new Spanish friends when it’s safe to go to matches again. 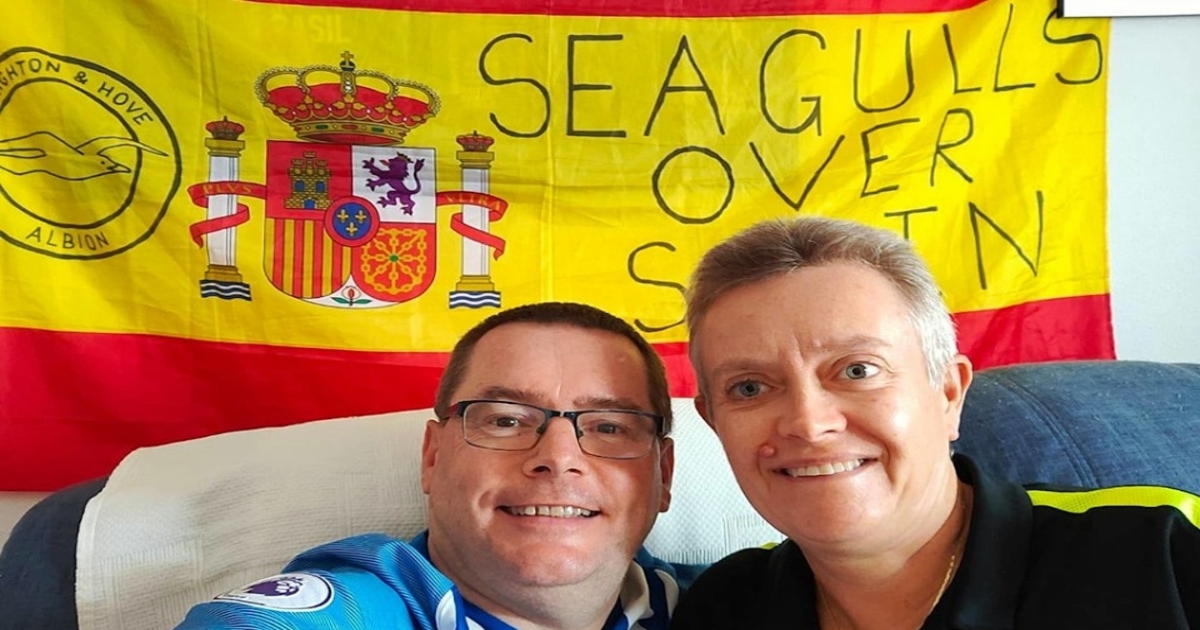 Russ is a fervent supporter of Brighton and Hove Albion, and also Cleethorpes Town – the boy obviously likes blue, and isn’t a success-driven fan, as he describes Real Betis as ‘fair to middling,’  Cleethorpes are non-league, and Brighton are in the lower half of the Premier League. For him, it’s all about the game, and it’s all about life. Russ Pearce, and his lovely wife Trish, are certainly No Ordinary Expats!

Previous articleCasa Pepa, the latest addition to the BonAmb Group, opens on June 18
Next articleHotel Abaco, Altea is open again, and waiting to welcome guests