Night Events in the Gardens of Alcazar in Seville

The Royal Alcazar is a place that takes you back to other time, a time of legends. Its magic becomes even more evident in summer nights, when outdoors concert are celebrated in its gardens. Music intensifies 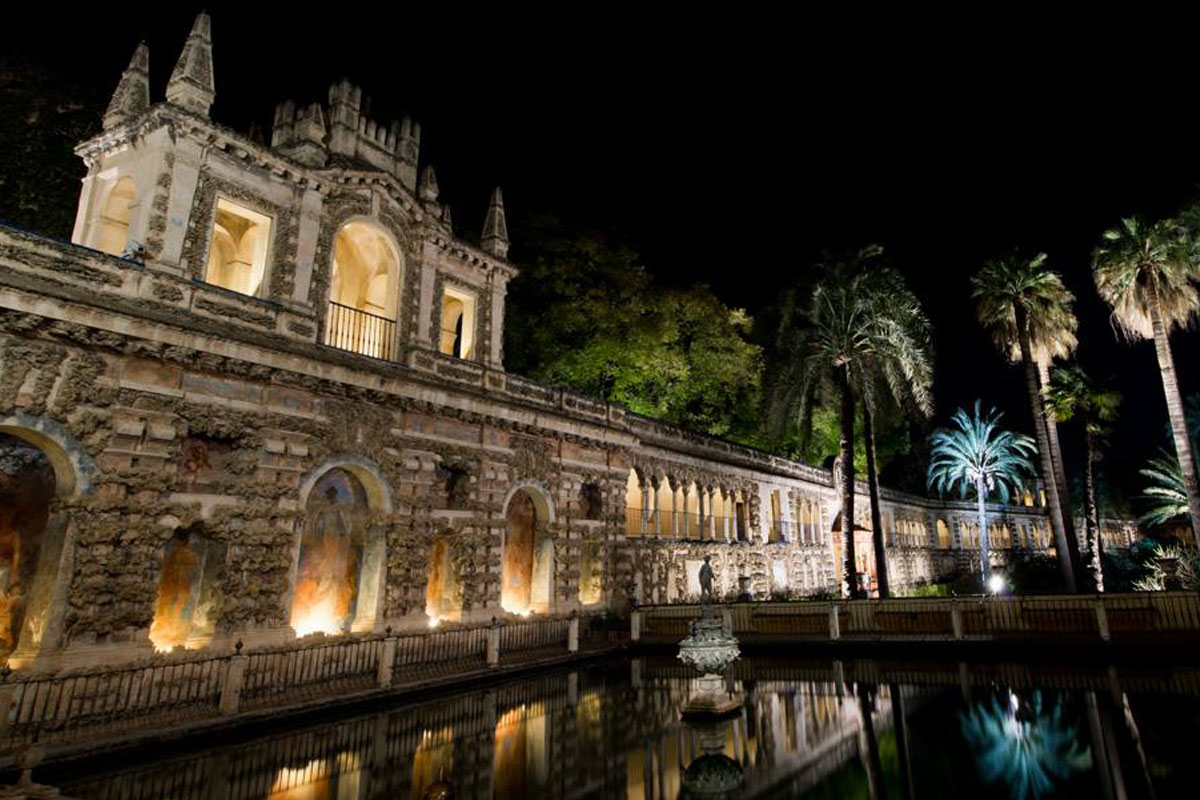 The Royal Alcazar is a place that takes you back to other time, a time of legends. Its magic becomes even more evident in summer nights, when outdoors concert are celebrated in its gardens. Music intensifies every night the dreamlike atmosphere in this millennial place.

The cycle ‘Nights in the Gardens of the Royal Alcazar’ takes place during the whole summer and for almost two decades now. You can enjoy outdoors concerts every night in the oldest royal palace of Europe still in use. The programme is comprised by artists of different musical styles: from flamenco to jazz, from swing to blues. This event combines music and heritage in a very special way. The stage is located in an spectacular enclave between the King Carlos V’s Pavilion and the Grotesque Gallery, where the music blends with the heady breeze of these gardens.

The millennial Gardens of the Alcazar

The origins of these gardens, an unique landscape ensemble where up to 20,000 specimens of over 180 plant species are brought together, go back more than a thousand years. The Islamic, renaissance and romantic influence can be seen in its layout and heritage.

The Alcázar of Seville is one of the most representative monumental compounds in the city, the country and the Mediterranean culture as a whole. The historical evolution of the city in the last millennium is held within its walls and gardens, amalgamating influences starting from the Arabic period, late Middle Ages Mudéjar right through to the Renaissance, Baroque and the XIX century. The declaration of World Heritage Site by UNESCO in 1987 acknowledged the survival of cultures and civilizations as a harmonic whole where all of the elements are balanced. The visitor will get to know these unique surroundings either through the legendary al-Mutamid, the XI century monarch and poet from Seville, or through some of the characters that illuminated modern-day Spain around 1812.

Images via the official webpage of Alcazar www.alcazarsevilla.org.