Nationalism in Galicia: Where Does it Stem From?

In recent years, the nationalist sentiment in the northwest region of Spain has steadily risen. But what could be the reason? 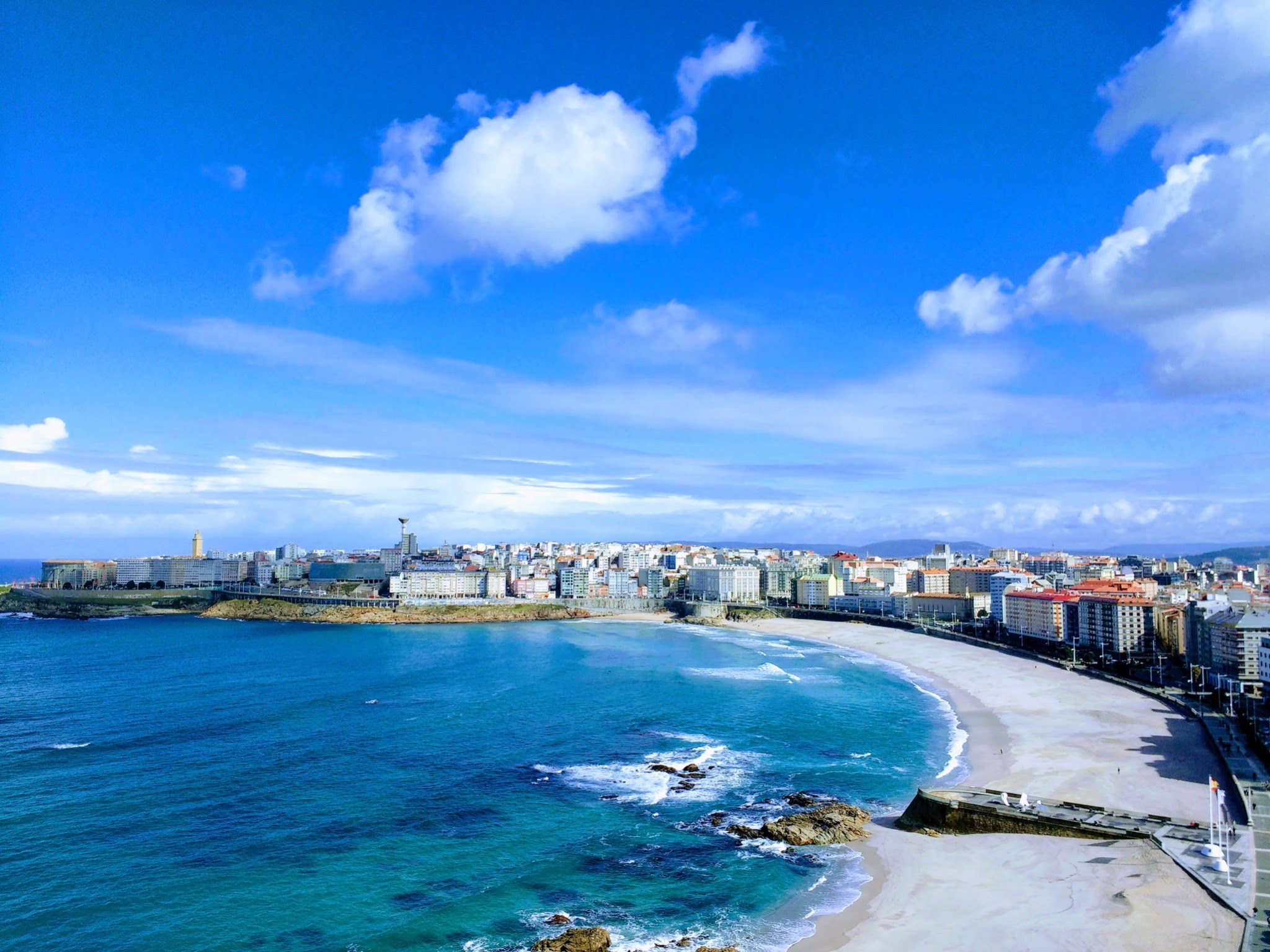 Praia do Orzán, A Coruña, Spain

Galicia is best known for its seafood delicacies, stunning green landscapes, and the Pilgrimage of Santiago de Compostela, but did you know that there’s also a strong nationalist sentiment within the region?

Galician nationalism is a political and cultural movement that advocates the recognition of Galicia as a nation. This mainly consists of the current Spanish autonomous community of the same name and, in other cases, also the regions of Eo-Navia in Asturias, El Bierzo in León and Sanabria in Zamora. Galician nationalism defends the recognition of the right to self-determination for the Galician people.

Currently, the main political forces that defend these approaches are the Bloque Nacionalista Galego (BNG) and Anova-Irmandade Nacionalista (one of the forces that make up the coalition En Marea), the former with representation in the Galician Parliament.

The BNG was represented in the Congress of Deputies in Madrid until the 2015 elections when Anova entered with 2 representatives within En Marea. In the 2019 elections, the BNG returned to Congress with the deputy Néstor Rego, secretary-general of the Unión do Povo Galego. 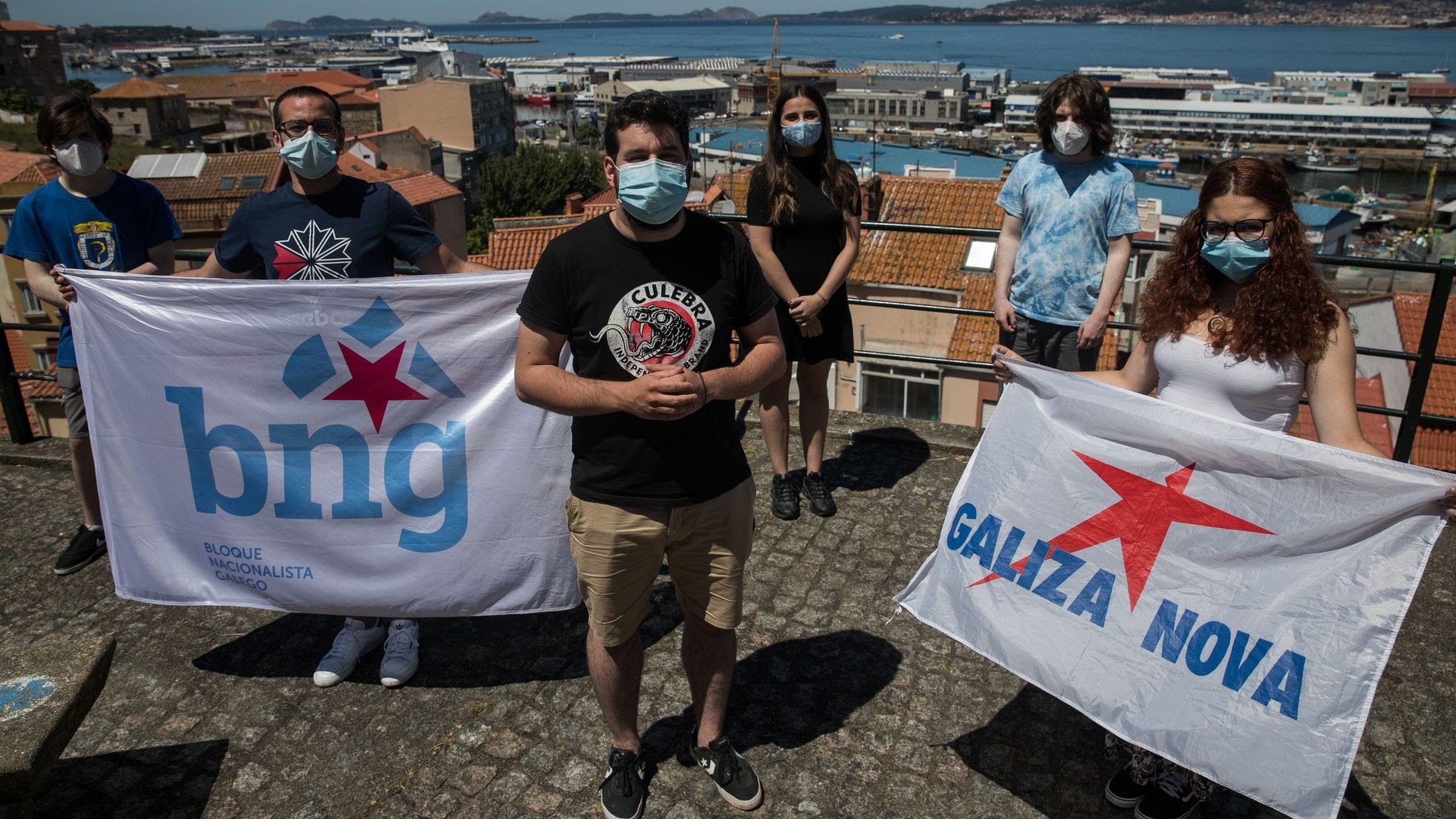 Members of the Bloque Nacionalista Gallego

The Origins of Galician Nationalism

This trend derives from what are now considered to be the most renowned authors of Galician literature and who received the name of ‘The Precursors’. These were literary and political writers who had initiated the vindication of Galicia at a time when nationalism was in full swing throughout Europe.

The name and the list of its members come from the Galician historian and journalist Manuel Murguía, married to Rosalía de Castro, who, in his book Los Precursores (The Forerunners) spoke of, in this order: Faraldo, Aguirre, Sánchez Deus, Moreno Astras, Pondal, Cendón, Rosalía de Castro, Avendaño, Vicetto and Ignotus.

During the first years of the 19th century, Galicia underwent a period of development in all fields, especially due to the spread of liberal ideas and the ideology of the Cortes of Cadiz. During the War of Independence, Galicia had remained practically unaffected by the French occupation, which made cities such as La Coruña the most important centres of liberalism.

This, in turn, promoted the development of sectors such as the press and foreign trade through the ports. To this must be added that the Galicians, thanks to their victories over the French, had achieved a series of freedoms and privileges from Madrid, but with the ‘centralist’ policy of the first third of the 19th century, these freedoms and rights were gradually lost.

This loss meant a serious setback for the economic and cultural development of the Galician bourgeoisie, among which a group of intellectuals began to stand out, determined to express their concerns. Something similar was happening in the Basque Country and Catalonia, although in both cases the reaction was later. 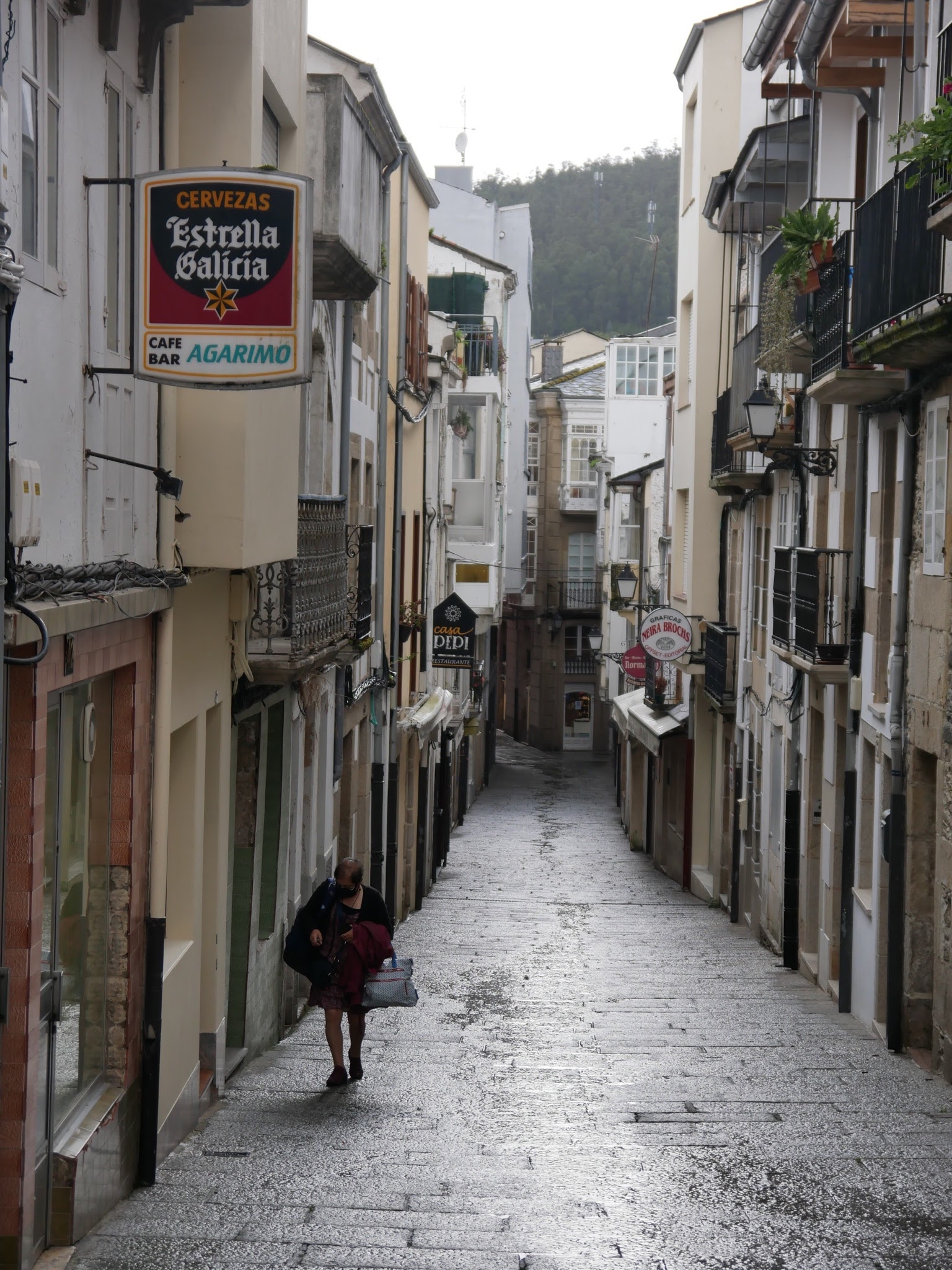 This led to a crisis in the rural system that predominated in Galicia since at that time its economy was based on agrarianism. Agrarianism is a political and social philosophy that promotes subsistence agriculture, smallholdings, egalitarianism. The basis of the centralist policy was to restructure the government of the regions in a uniform manner, without taking into account the customs and traditions of peoples such as the Galicians.

The existing social structures were threatened. For this reason, the ‘Precursors’ based their national-provincialist assumptions on conservative ideologies in the face of industrial development, thus overcoming the initial liberal influence.

Thus, Faraldo, a combative journalist and great polemicist, reacted against the administrative reorganisation of the State, carried out by the government of Cea Bermúdez in 1833; Murguía based his demands on the Celtic, agricultural and livestock farming past, and Brañas, an academic and journalist, tried to establish the legal bases that would limit or, at least, dampen the industrial process promoted from Madrid. 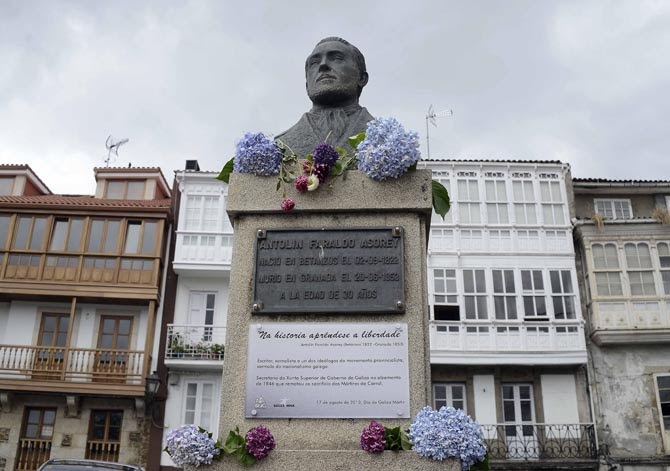 A statue dedicated to Antolín Faraldo’s memory, in Betanzos

Taking up Brañas’ ideas, “In 1843, in the Asambreia de Lugo, Antolín Faraldo discussed whether Galicia should or should not be independent. Por un voto non se discutiu”, as Murguía stated. Faraldo began to refer to this possible independence by talking about the ‘Great Work’, a slogan that would become, together with the ‘Deus Fratesque Galleciae’ taken from the Irmandiños (a revolutionary movement against the central power that arose in Galicia during the ‘dark centuries’), the group’s motto.

A series of contradictions soon emerged. The same people who had previously advocated self-government sometimes went backwards and became supporters of centralism. This was the case with Brañas, which led Risco, now known as the most radical ideologue of Galician nationalism, to accuse him of showing too much respect for his ‘own convenience’ and that the Galicianism of the new ‘Irmandades’ should reach a more radical formulation.

Brañas grouped together the regionalists linked to the University of Santiago and advocated decentralisation, the internal government of the regions, federative systems. All this was set out in his work Bases generales del Regionalismo y su aplicación a Galicia (General bases of regionalism and its application to Galicia).

It coincided quite closely with the Bases de Manresa (a similar programme of the conservative Catalan nationalists), discussed in the Cortes of 1901. It also served as a reference for the Catalan nationalist Cambó, who later acknowledged that he had been inspired by Brañas’ work.

In 1855 Vicetto and Murguía began to publish the magazine El Clamor de Galicia in La Coruña, a platform for the dissemination of regionalism and still very influential in the 20th century. Murguía closely followed the formation of the ‘Irmandades da Fala’, an association formed for the defence, normalisation and standardisation of the Galician language.

We must bear in mind that in those years Galician was in a situation of diglossia, as it was considered a ‘vulgar language’ and unsuitable for the higher social classes. In linguistics, diglossia is a situation in which two dialects or languages are used by a single language community. Murguía did not associate himself with them, as his colleagues of the ‘Cova Celtica’ did, probably because his work as president of the Galician Academy did not allow him to do so in those years.

In 1918, the main demand was autonomy, which was unacceptable to the central state in Madrid. The nationalist activity was not limited to the simple struggle for autonomy. It was also necessary to engage in what was called the ‘spiritual reconstruction’ of Galicia.

Faced with the impossibility of the Madrid government granting autonomy to Galicia, in 1920 the former radical nationalist Vicente Risco referred to the question of nationalities and their rights and stated that the only possible synthesis of these principles with decentralisation, given the circumstances, was to set up federal states.

On the other hand, with regard to the assumption of the coincidence of nation and state, the basis of the ideology of the nationalists, a federal regime is considered unacceptable.

On the other hand, most of the ‘Irmandades’, which remained in an ‘apolitical’ situation, but from which the Galician Party had emerged, tried to make it clear that their doctrine was not separatist. On the other hand, within the Partido Galleguista, when some of its sectors became radicalised years later, especially the ‘Esquerda Galeguista’ and the members of the ‘Vanguardia Nazonalista Galega’, separatism did have a small organised 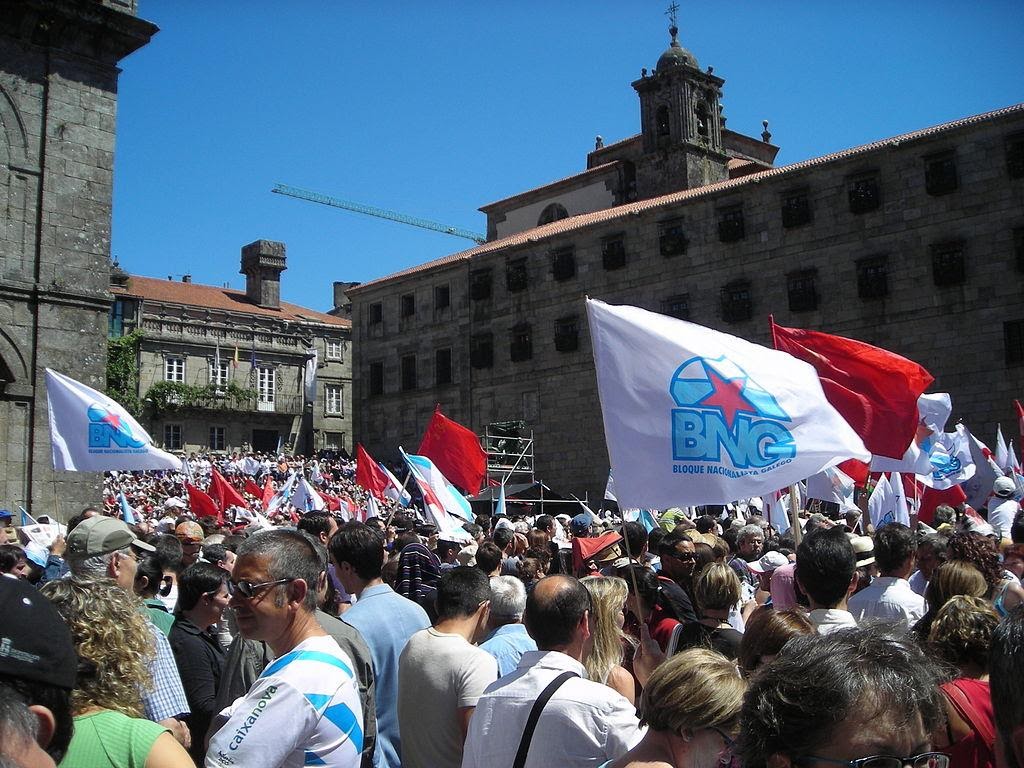 In recent years there has been a steady increase in the nationalist vote in Galicia, which has tipped the balance considerably to the left, despite the fact that the regional government, as well as that of three of the four provincial capitals, is right-wing.

To give some figures, we can say that in the second half of the 1980s alone the left went from 31.4% of the vote to 46%. At the same time, the nationalist vote went from 9.9% to 12%. Today, Galician nationalism is widely represented in the state parliament, something that would have been unthinkable a decade ago.

Previous articleWhich Are the Best Neighbourhoods in Madrid to Live in?
Next articleThe Horrors of Franco’s Spain During the Spanish Civil War