Málaga: the flower of the Costa del Sol

Málaga is the capital of the Costa del Sol, one of the most important touristic spots worldwide, and the sixth biggest city in Spain with 580.000 inhabitants.   The city was established by the Phoenicians and is 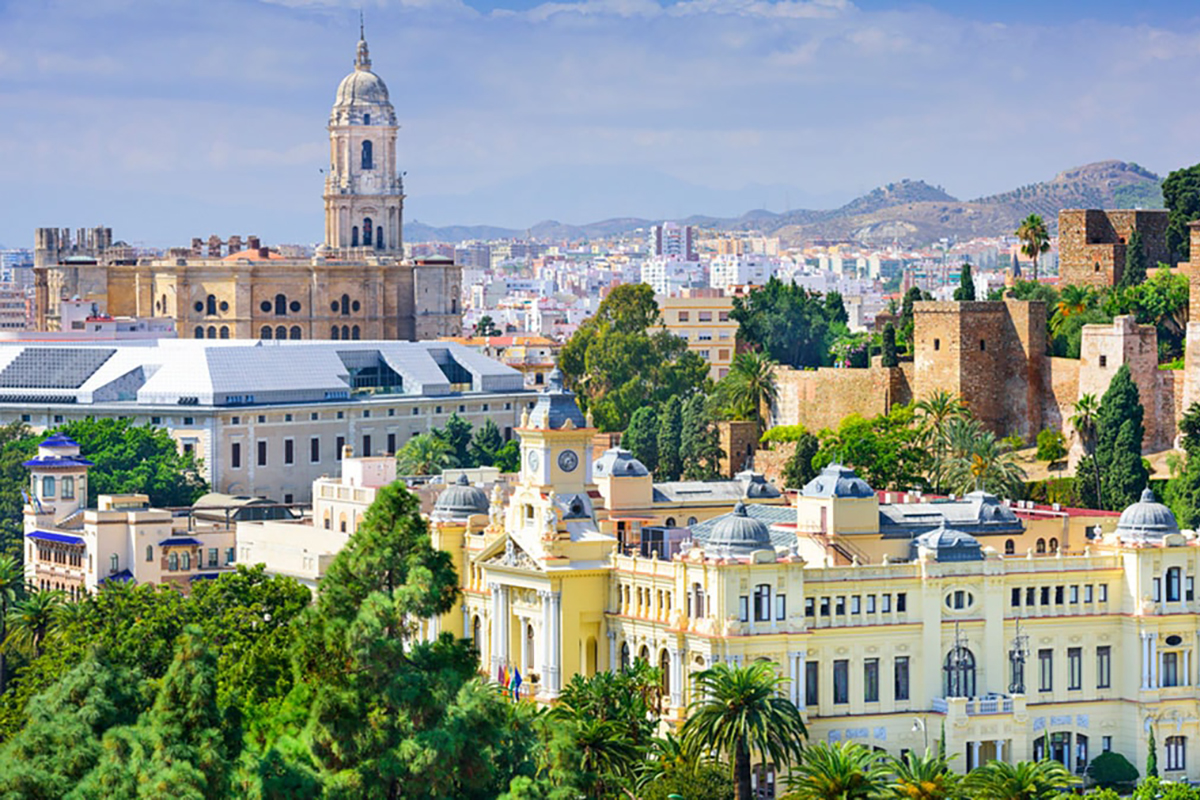 Málaga is the capital of the Costa del Sol, one of the most important touristic spots worldwide, and the sixth biggest city in Spain with 580.000 inhabitants.

The city was established by the Phoenicians and is one of the oldest cities in Europe.  The beautiful old town is led by the Cathedral, popularly known as “La Manquita” (one-armed) since it lacks one of its towers. The monumental and artistic patrimony of the city also includes a Roman theatre, Alcazaba (Arab Royal Palace) and the Gibralfaro Castle, which clearly reflects the influence of the different civilizations that have left their mark in the city.

In recent times, Málaga has consolidated itself as a fundamental cultural destination due to its large number of museums such as the Thyssen, Russian Museum, Pompidou or the Pablo Picasso one. This last, in homage to the renowned artist who is the most famous ambassador of the city alongside with the actor Antonio Banderas.

The city is perfectly communicated by road, high speed train (train station María Zambrano) and an international airport that is the 4th biggest mainland and the 5th in Spain.

Furthermore, Málaga’s province is beautiful and worthy of paying a visit. Marbella, that includes Puerto Banús is famous for symbolising glamour and luxury and is a worldwide recognised top touristic spot. Also Estepona and Benalmádena , along with Fuengirola and Torremolinos are other important holiday resorts.

Likewise, the inland towns are just as nice as the coastal ones; Ronda has the oldest bullring in the country and the impressive gorge;  Mijas is also renowned due to its “burro-taxis” (donkey-taxis) and Frigiliana, which represents the typical Andalusian village set right in the middle of the mountains  with its white houses and colourful hanging flowerpots.

And if you are an adventure lover, you can’t miss Caminito del Rey route. But don’t forget to book in advance. Also, Antequera and its unique dolmens, World Heritage, according to the UNESCO, are not to be missed.

In terms of sports, the Málaga Club de Fútbol (Málaga Football club) plays in the Rosaleda stadium and highlights include reaching the quarter finals of the Champions league 2012-2013, and basketball  team Unicaja is the current champion of the Eurocup.

The main events that take place in the city are the Holy week which is as famous and spectacular as the well-known Sevillian festival, and the Málaga Feria (festival) in August, where you can be part of the ultimate Andalusian style party.

Regarding food and drink we highly recommend Bodega El Pimpi, located in the heart of the old town in one of the most iconic spots in the city, with an Andalusian atmosphere and the best Málaga Sweet wine. Another favourites of ours is Miguelito El cariñoso, located by the beach in Pedregalejo beach quarter which serves the best sardine skewers in town.

Nevertheless, if you are looking for truly fine cuisine, you need to visit the Jose Carlos García, an Andalusian styled restaurant in the heart of Malaga’s harbour specialized in innovative dishes. Likewise, the Restaurant Toro by Muelle Uno, offers the best traditional tapas and wine tasting events, or La Proa de Teatinos with the best selection of local seafood.

In terms of accommodation in the city, we recommend Hotel Miramar located in Paseo de Reding, elegant and comfortable lodging that includes Spa and fine dining restaurant.  Also, the AC Málaga Palacio with beautiful views or the Petit Palace, a  modern charming hotel that offers the option to tour the city by bike with no additional charge.

Málaga, is a city with a millenarian culture and cosmopolitan at the same time. A place where tradition and modernity meet, a place you can visit time and again.