Lalola: The Essence of Traditional Iberian Cuisine in Sevilla

Lalola in Seville playfully combines avant-garde and classic cuisine to create a series of elaborate dishes that bring out the best of the Iberian Peninsula. 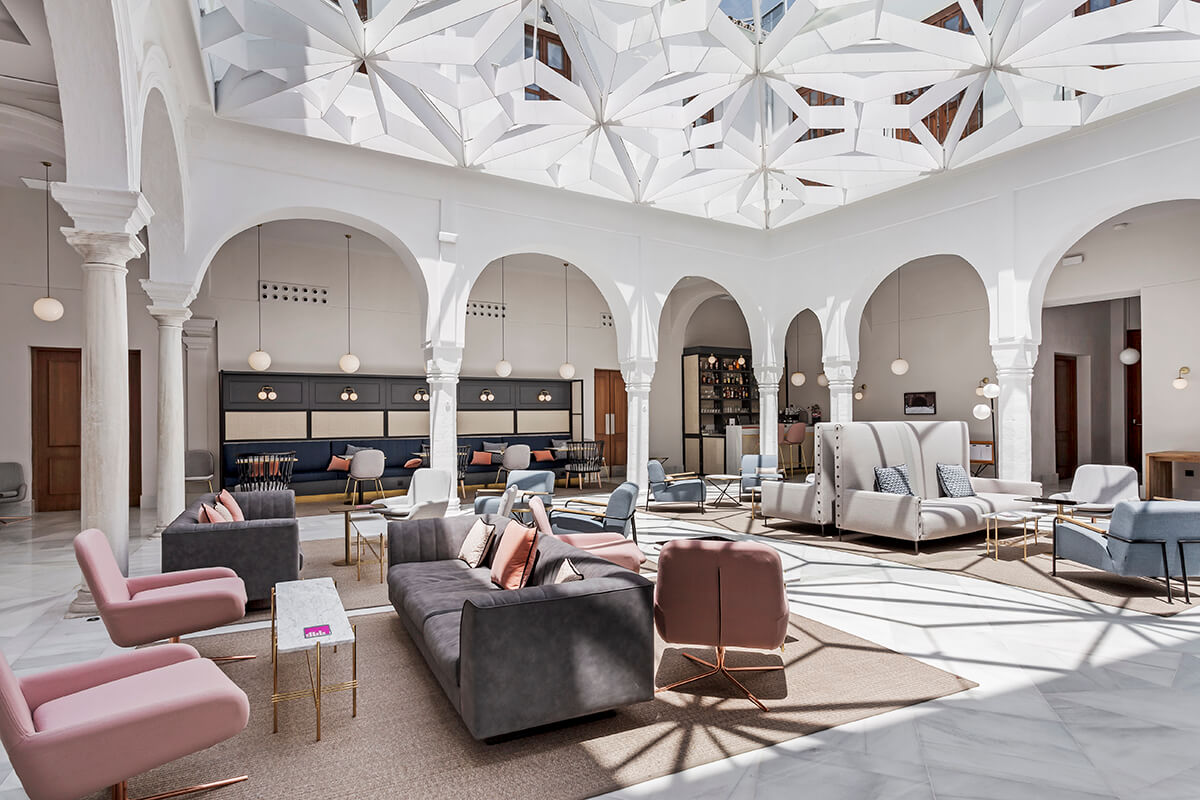 The autonomous community of Andalusia has its own rich and varied gastronomy, with differences between the coast and the interior. One of these culinary delights is Lalola, in the heart of the colourful city of Sevilla.

The restaurant is cosy and boasts a pleasant atmosphere just a few metres from the Feria de Abril, at Calle Virgen del Águila 8. The menu offers original dishes, modern cuisine, good presentation but with classic touches so as not to go out of the tone of the area.

The restaurant is not very big, with a small bar at the entrance and to the left is the lounge, where there are about 7-8 tables between high and low tables, so reservations are recommended.

Its chef Javier Abascal presents a menu based on Iberian cuisine and a creative and updated vision of tradition. The menu is based on the product and the selection of the best raw materials from the Sierra de Huelva, combining traditional flavours with the most modern techniques.

Javier Abascal studied at Taberna Alabardero and made his debut as a chef at Los Marines in the mountains of Huelva, where he began his love affair with casquería and Iberian pork. Now at Lalola, he has reached maturity based on hours of cooking and creativity, something that can be savoured in the proposal he offers. 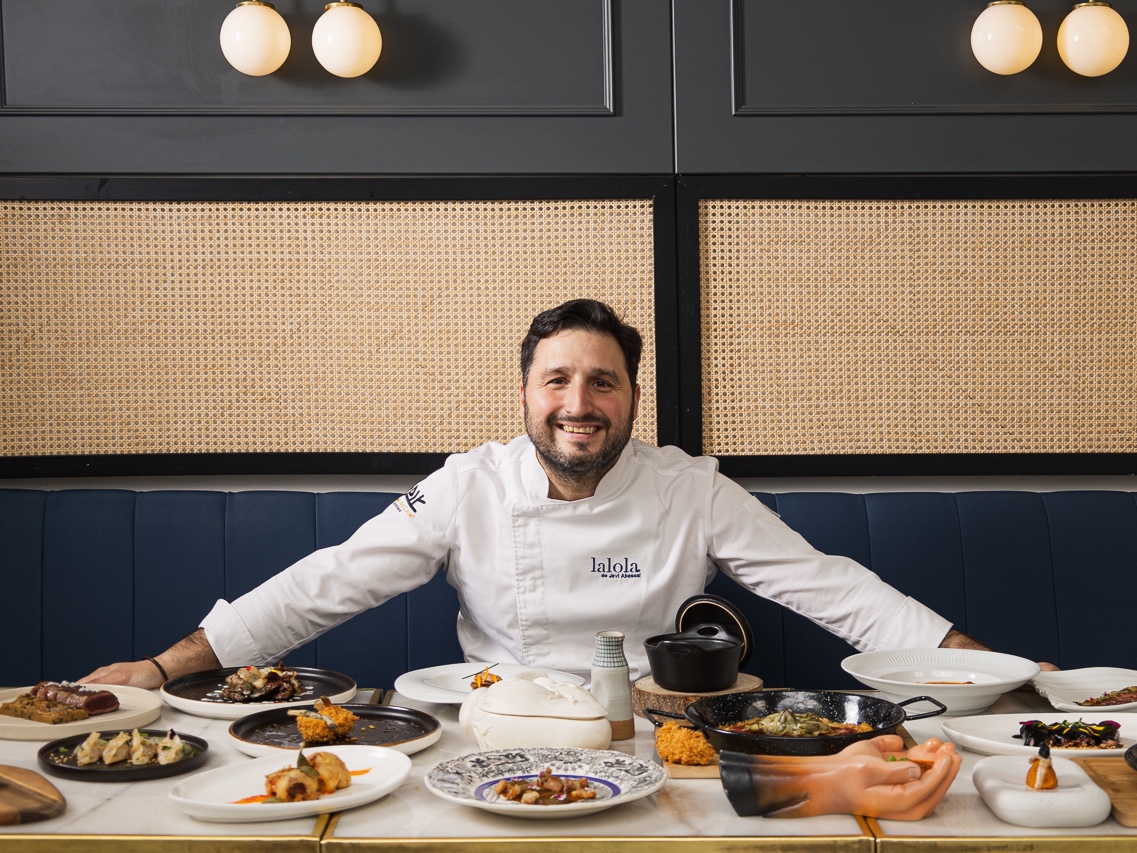 Alongside Javier is head chef Julio Fernández Díaz, who gets the creative juices flowing in the kitchen. In 2019, Lalola,  moved to the Hotel One Shot Palacio Conde de Torrejón, landing the restaurant the gorgeous setting of an old 18th-century palace-house.

It soon became a reference in the cosmopolitan Seville neighbourhood of Alameda de Hércules. Lalola is defined as a cosy and quiet space, bright and open to the sky, where you can enjoy a drink as an aperitif, stews, Iberian meats and other creative dishes.

The decoration is enchanting, featuring different chairs, charming squares, and other quirky objects. 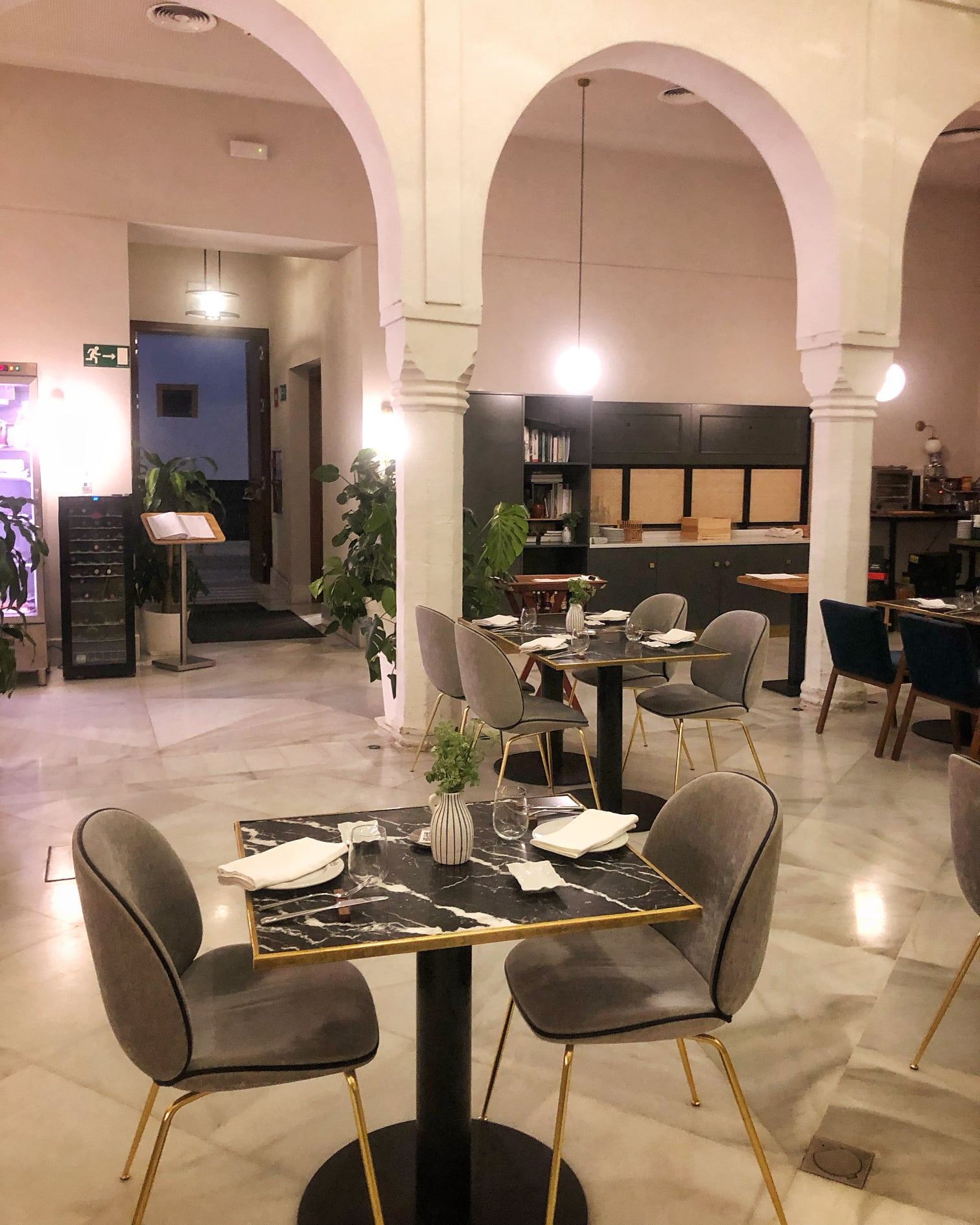 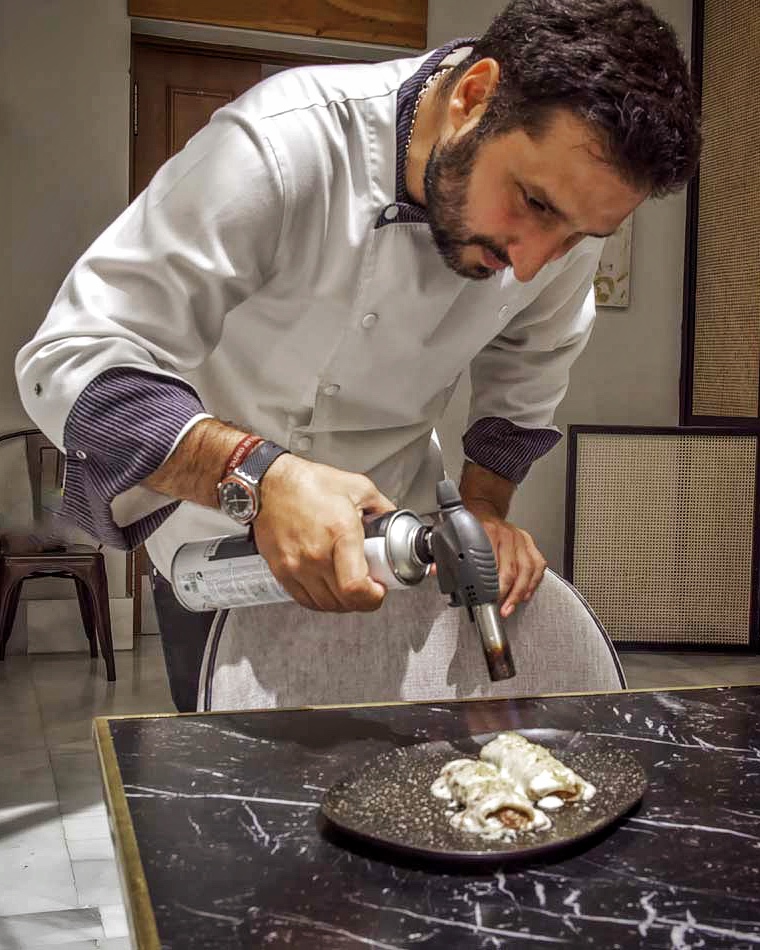 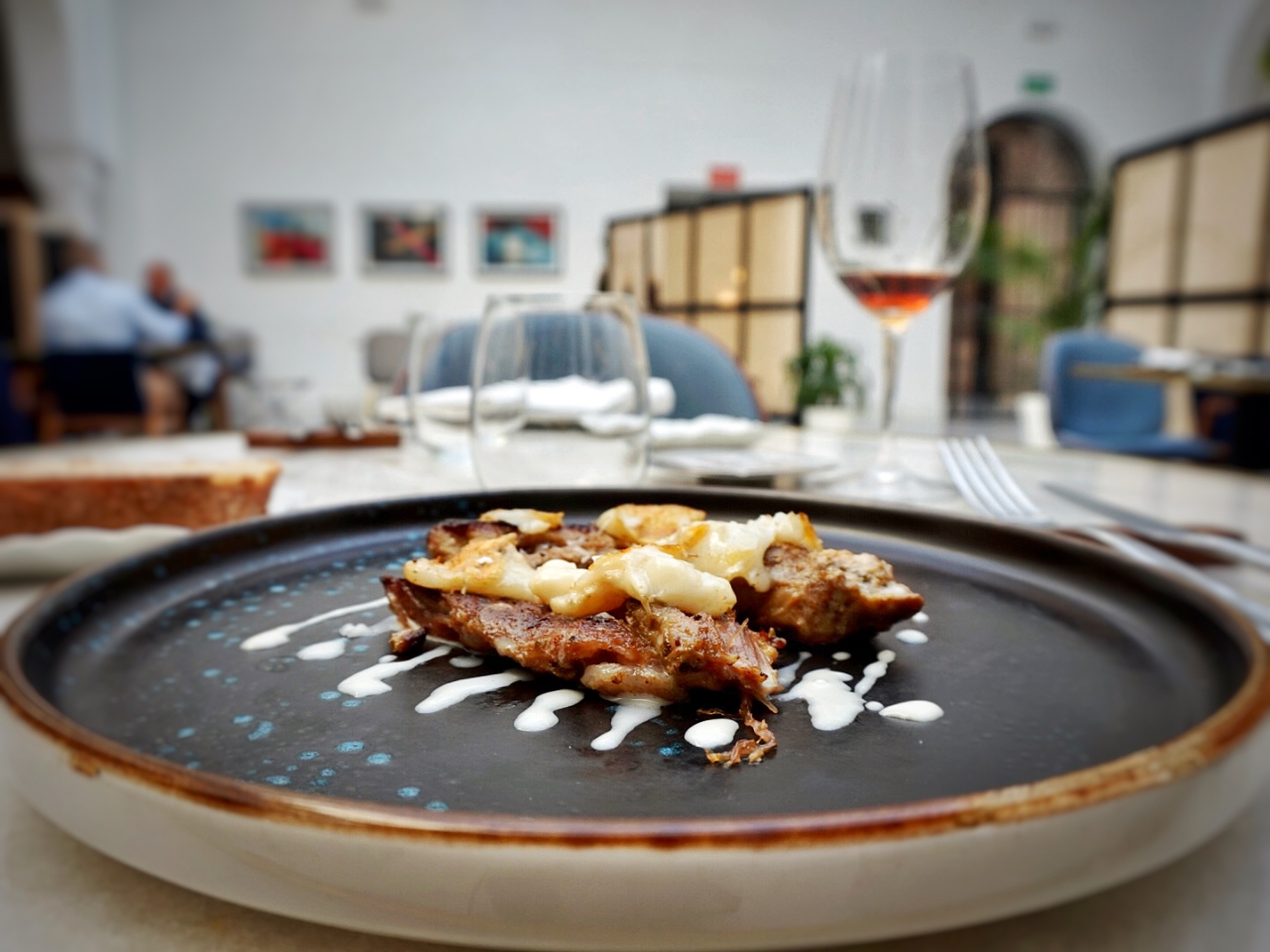 The menu features many dishes with Iberian pork offal and veal from Discarlux and La Finca. This is a venture where innovation meets traditional cuisine, where a balance of flavours, smells and colours is sought to inspire diners, inviting diners to taste the traditional Sevillian recipes reinterpreted and expanded by Abascal.

With its menu based entirely on Iberian products, it begins with starters such as the special selection of Arturo Sánchez double mountain cured pork, the first bite of asadura aliñá or the distracído ibérico with bread, cured and smoked dewlap and tomato. 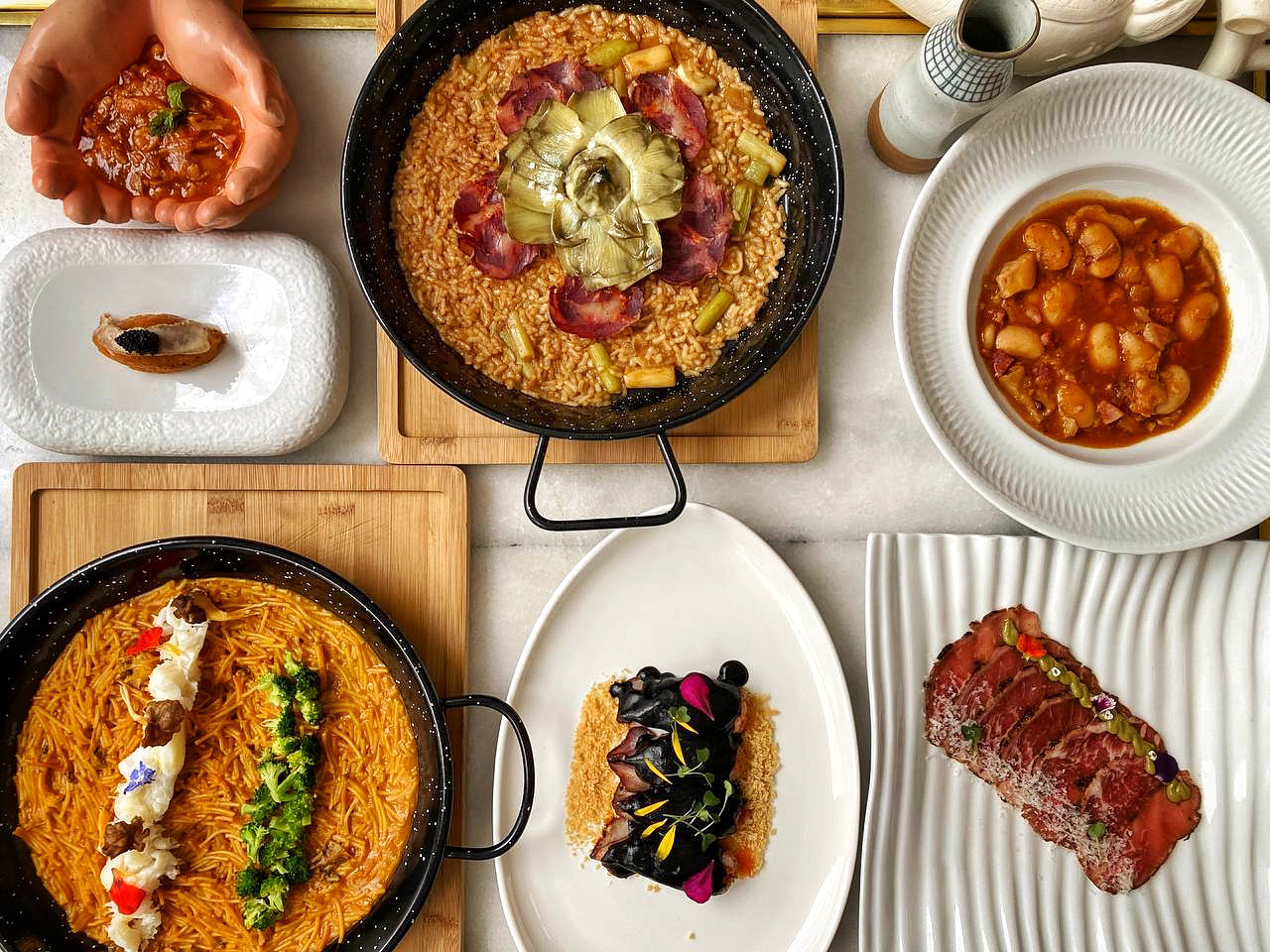 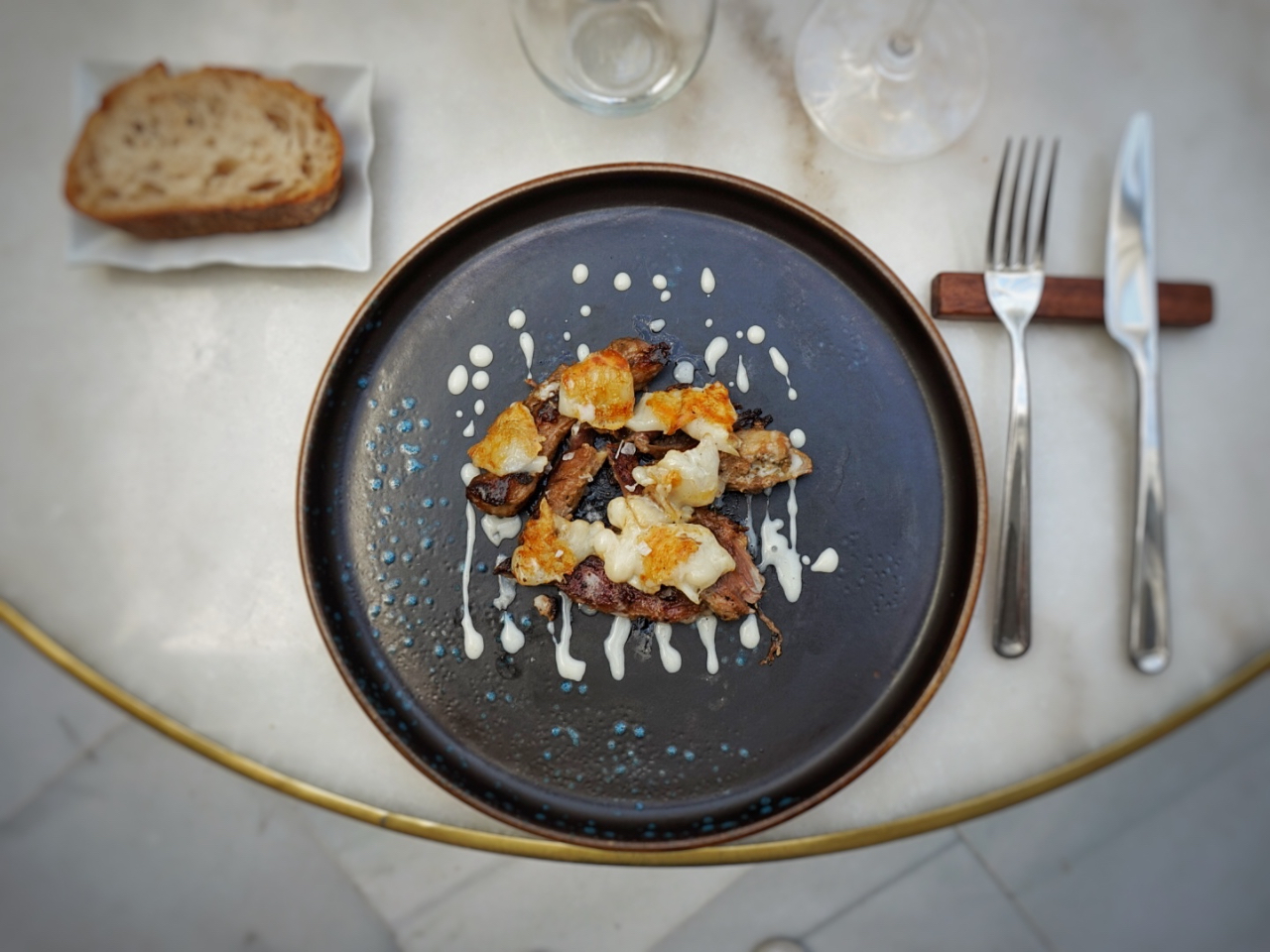 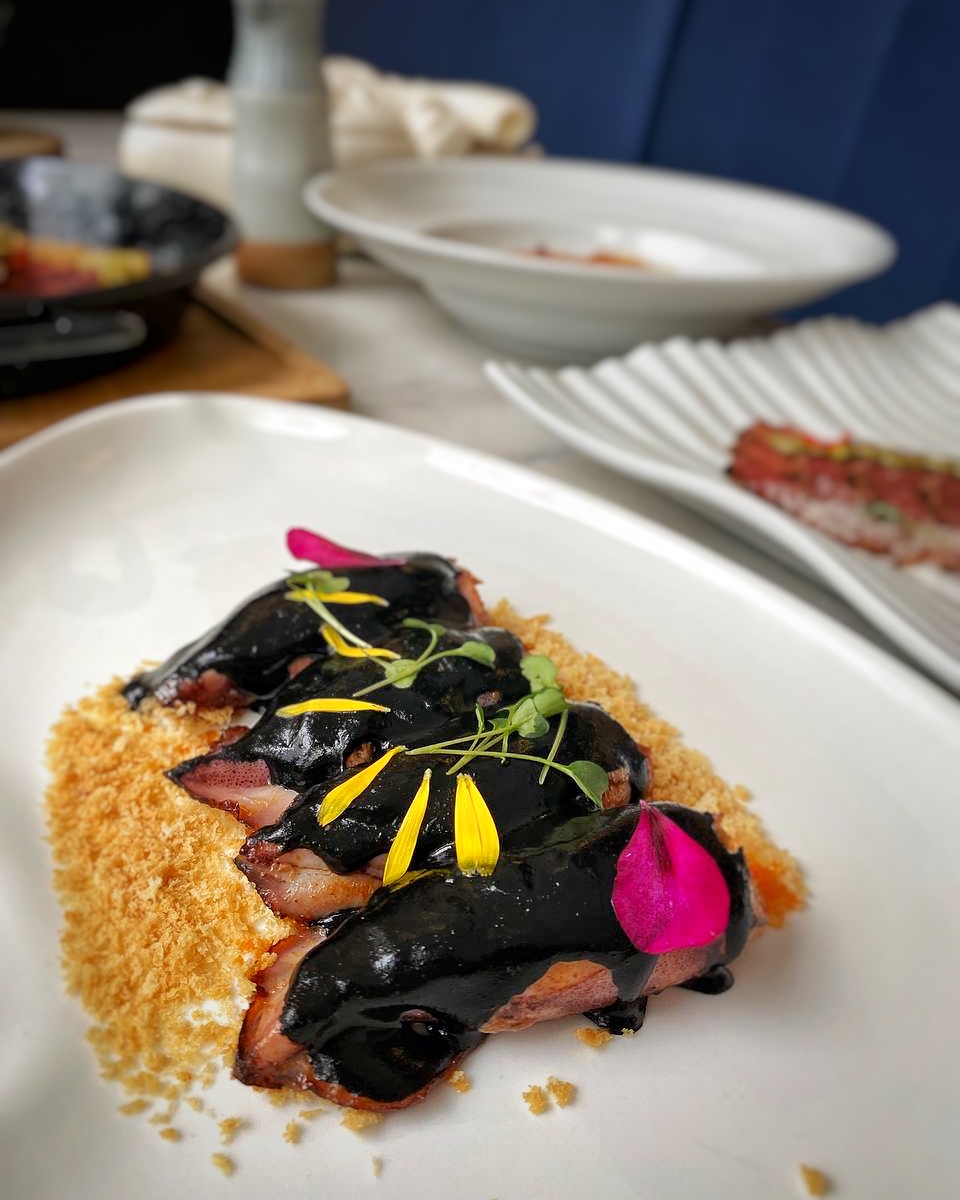 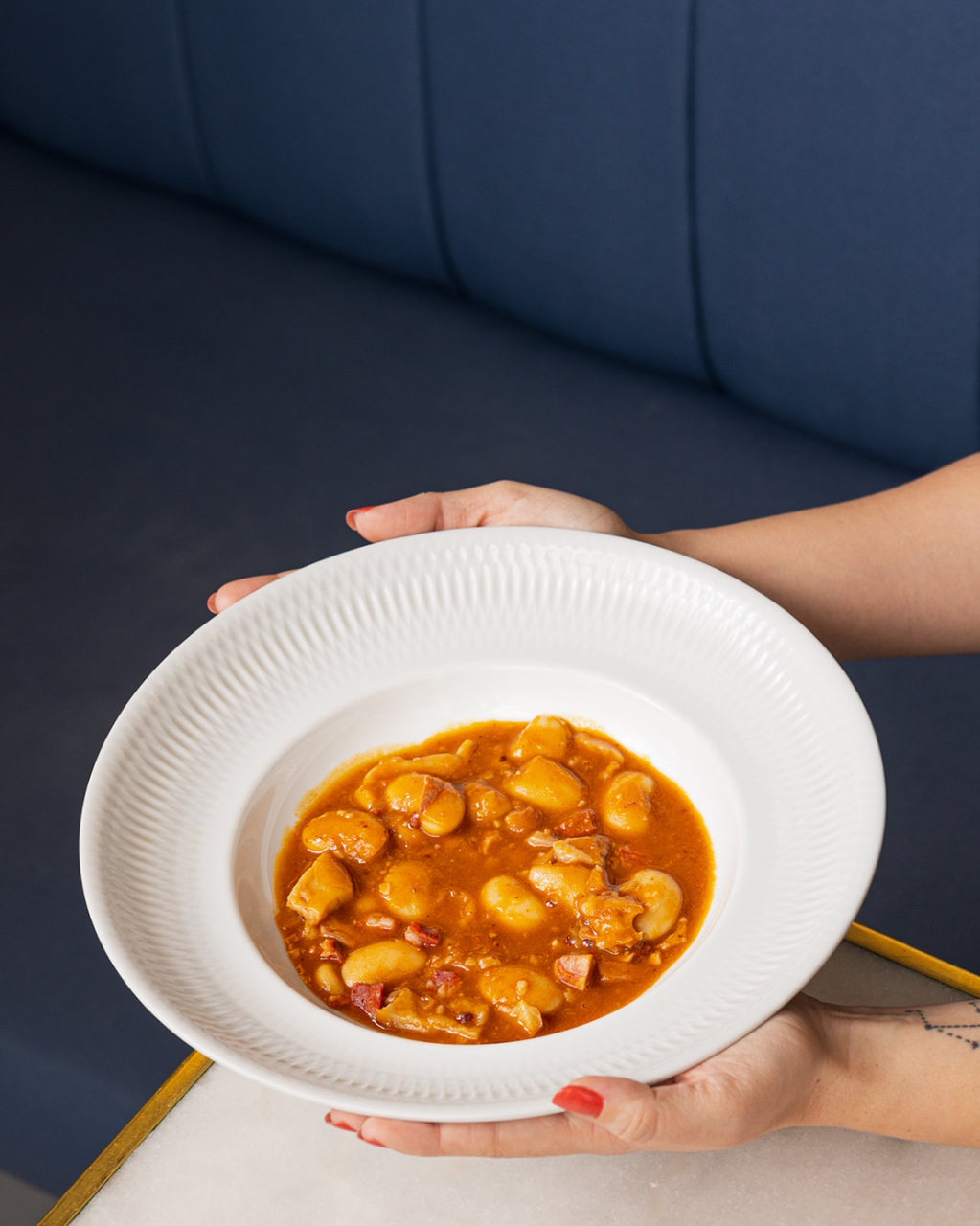 The main courses include the stewed cheeks, grilled fan with ham hollandaise and Iberian ham bacon; the Iberian prey matured for 15 days, potato and ham parmentier; the royal of tails, gnocchi, pumpkin and cocoa and the centre of Iberian feather matured for 25 days and mushroom stew in rosemary pickle.

Previous articleYou Can Now Go Glamping in the Tree Tops of Adamuz, Andalucia
Next articleTrosset Renova: The Landscape Designers To Create An Enchanting Outdoor Space