Located in the heart of Marbella ́s historic Old Town, La Fonda Heritage Hotel is scheduled to debut this winter, establishing itself as the first Relais & Châteaux property in Andalusia. 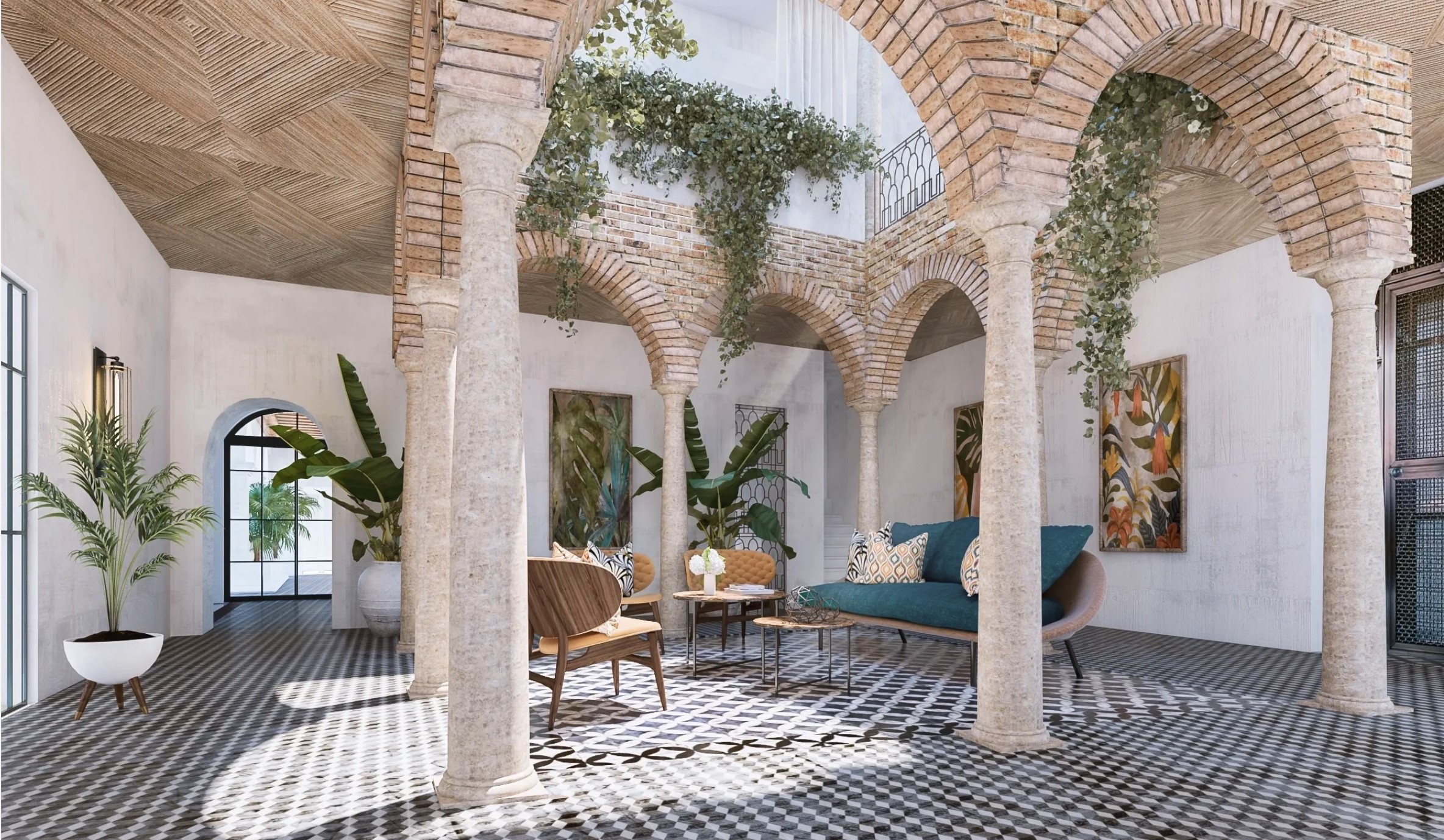 The association of luxury hotels and restaurants, Relais & Châteaux, is known for its pursuit of excellence and its desire to promote the richness and diversity of the world’s culinary and hospitality traditions. Most of their properties are historic landmarks in beautiful settings offering exquisite cuisine.

La Fonda celebrates its rich heritage and extraordinary history, combining emblematic architecture from the 16th century and modern facilities and energy, in a historic landmark that epitomizes the essence and elegance of Marbella. 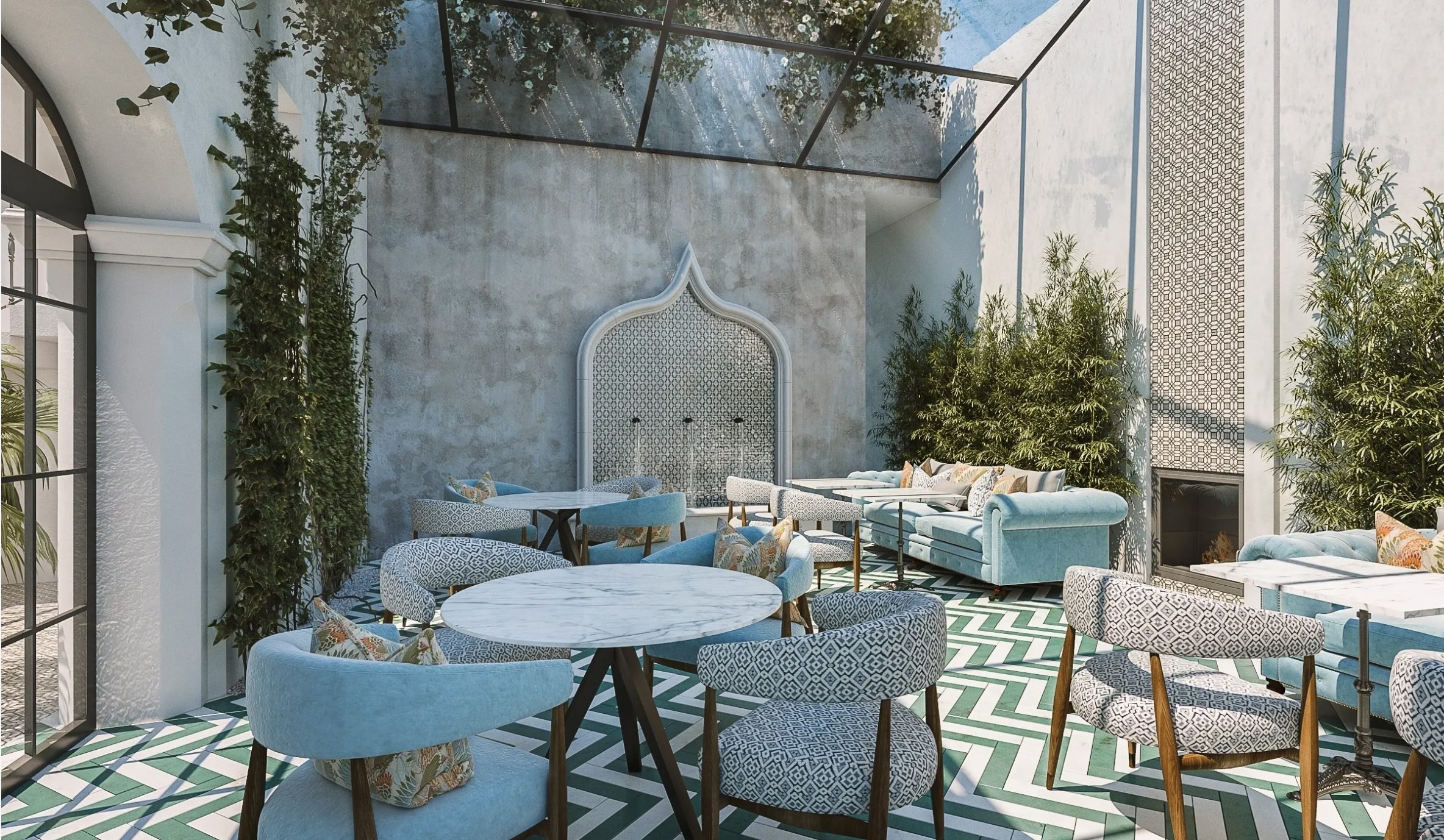 Once a private residence, the site of La Fonda later became a church, then a school, before the well-known designers, Jaime Parlade and Duarte Pinto Coelho, transformed it into a luxurious hotel in the 60’s, eventually becoming a Michelin star restaurant in the late 80’s. A window into Marbella ́s ́Golden Years ́, La Fonda became an important meeting place of the jet-set crowd and local socialites, which played a large role in the tourist development of the city.

During an extensive renovation project to restore La Fonda ́s architectural splendour, archaeological excavations unearthed one of the most extraordinary discoveries in Marbella in recent years, the nave of a 16th-century church, the Ermita de San Sebastián and ruins from the Nasrid period. Ancient walls were preserved; arches reinforced; and original features were restored, including murals and frescoes from the hermitage. 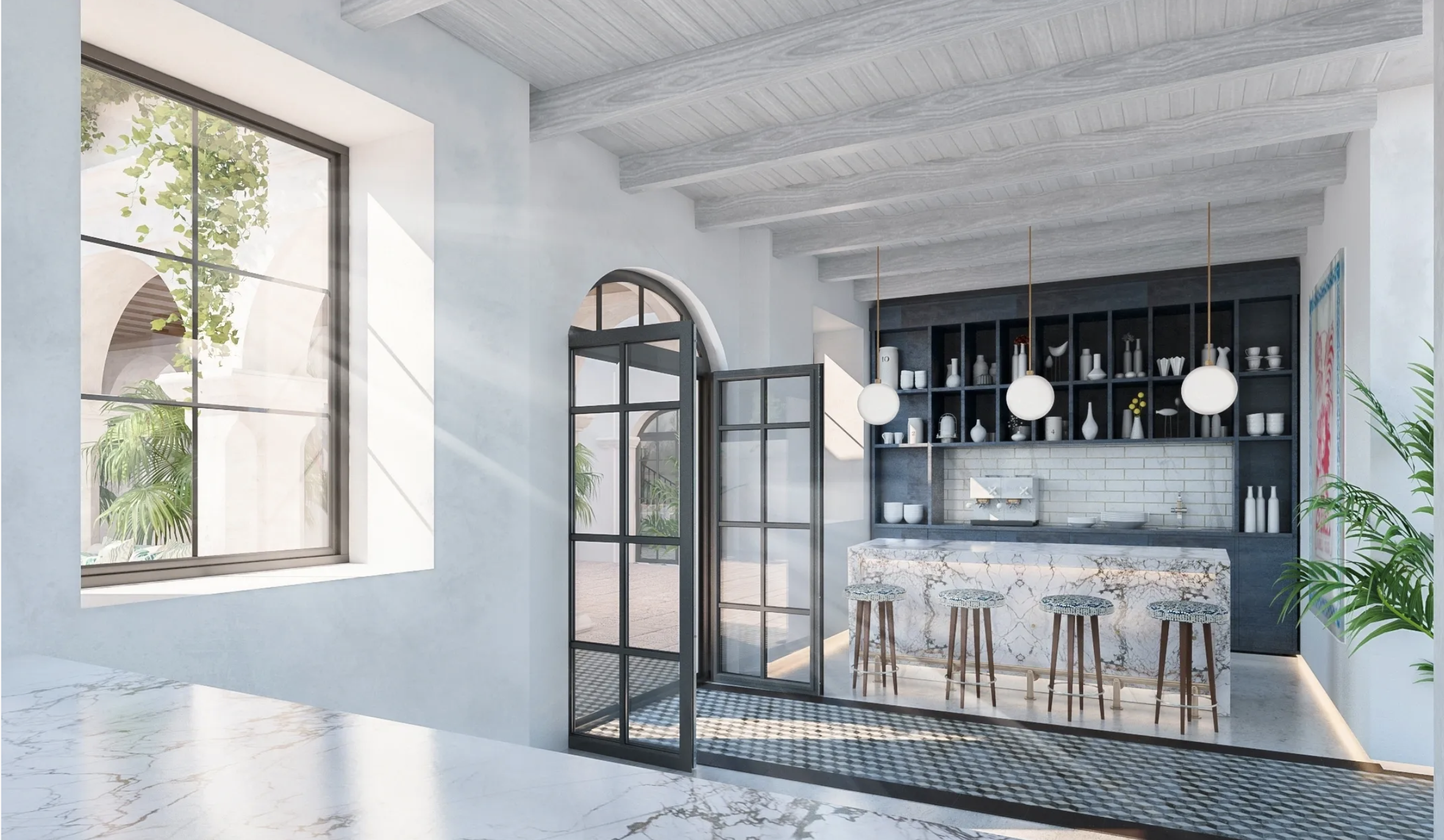 La Fonda has been restored to its former glory, whilst contemporary design, exclusive amenities, fine dining and understated modern elegance have brought this boutique hotel gleaming into the 21st century.

Combining the hotel ́s original features with art deco design, La Fonda blends the past and present to mark its revival and to celebrate its continuation as it begins an exciting new chapter as a Marbella landmark.

With a total of 20 unique rooms including five suites, all the rooms at La Fonda are impeccably furnished offering sleek bathrooms, old-town views and original character. Some have expansive terraces, others offer traditional balconies overlooking the square and others sit high above the rooftops of Marbella. 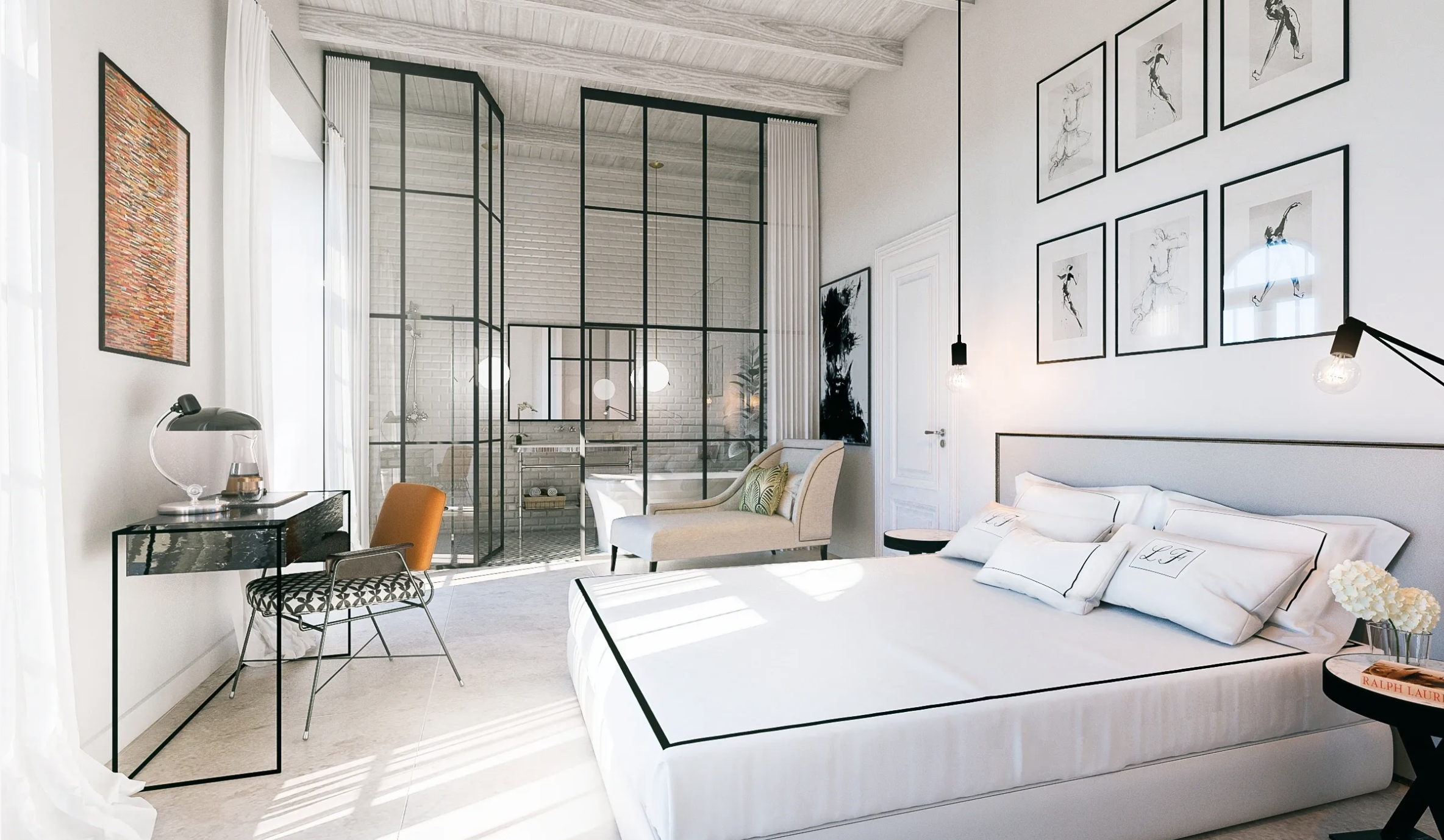 Home to a trio of exquisite restaurants, La Fonda will offer a variety of dining experiences, including Jane, an exciting, modern Mediterranean restaurant; a fantastic full-service sky bar with striking views of the casco Antiguo; and the lively Los Patios de La Fonda offering the best breakfast buffet in town and lavish high tea service.

Relais & Châteaux, established in 1954, is an association of 580 unique hotels and restaurants throughout the world, owned and operated by independent entrepreneurs – most often families – who are passionate about their craft and deeply committed to forging warm, lasting relationships with their guests. Established on five continents, from the Napa Valley vineyards to Provence to the beaches of the Indian Ocean, Relais & Châteaux invites people across the globe to savor delicious journeys, to discover the inimitable art de vivre engrained in each local culture and to share an incomparable, unforgettable experience.

Relais & Châteaux members protect and promote the wealth and diversity of the world’s culinary and hospitality traditions, to ensure they continue to thrive. They are equally dedicated to preserving local heritage and the environment, as articulated in the association’s Vision presented to UNESCO in November 2014. www.relaischateaux.com