La Caixa Forum Madrid: the Past, Present, and Future of Art

Focusing on contemporary exhibitions, the CaixaForum in Madrid is a must for anyone visiting the city of Madrid. 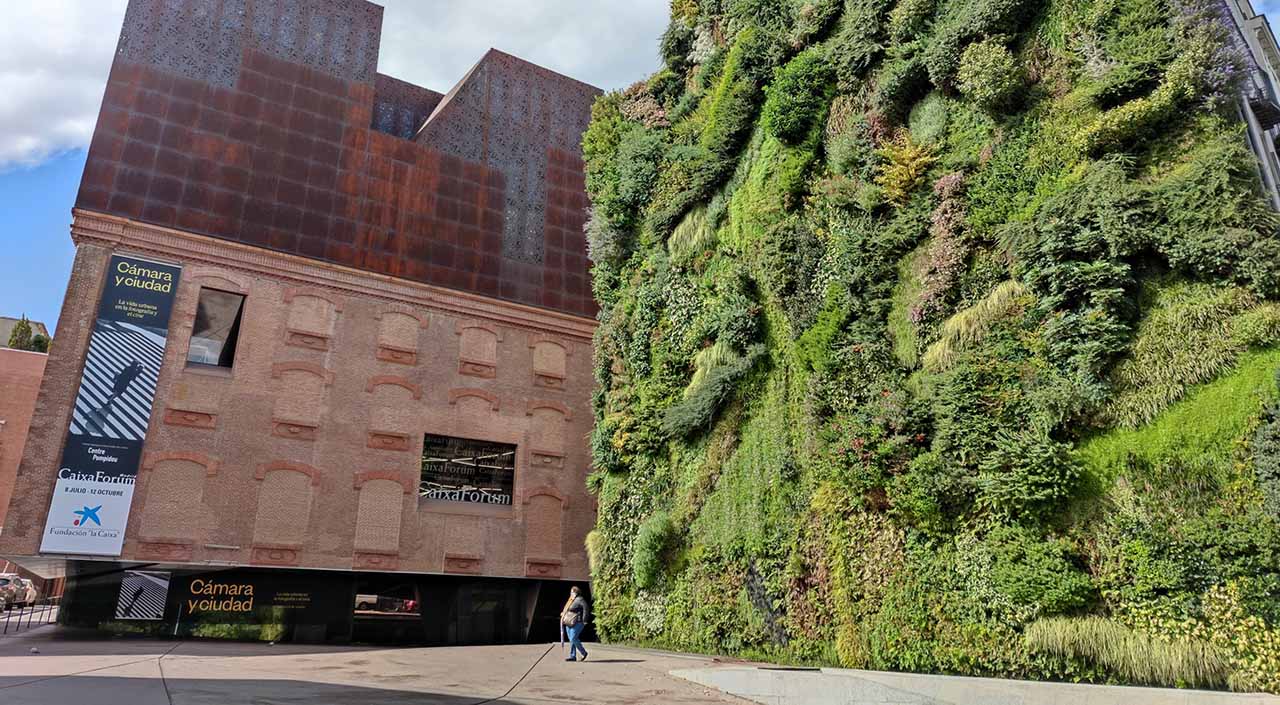 CaixaForum is a cultural centre managed by the “la Caixa” Foundation and located on Paseo del Prado in Madrid. The centre is housed in one of the few examples of industrial architecture in the historic centre of the city, the former Mediodía Power Station, dating from the early 20th century.

The CaixaForum in Madrid is a cultural centre dedicated to temporary exhibitions. It opened in 2008 and is located in the Art Triangle of the city of Madrid on the Paseo del Prado. The building is owned by La Caixa, which manages the museum through its foundation. There are several Caixa Forums in different Spanish cities, including Barcelona, Seville, and Girona.

The construction of this building began in 1900 as a coal-fired power station to supply electricity to the entire southern area of the old quarter of Madrid. The project was carried out by the architect Jesús Carrasco y Encina, and the engineer José María Hernández, who was in charge of the installation of the machinery.

It has a surface area of 1,934 square metres and contains the power station building and a courtyard overlooking Calle Gobernador. Today, the coal bunker and the large water tanks, used to generate electricity, have been preserved. 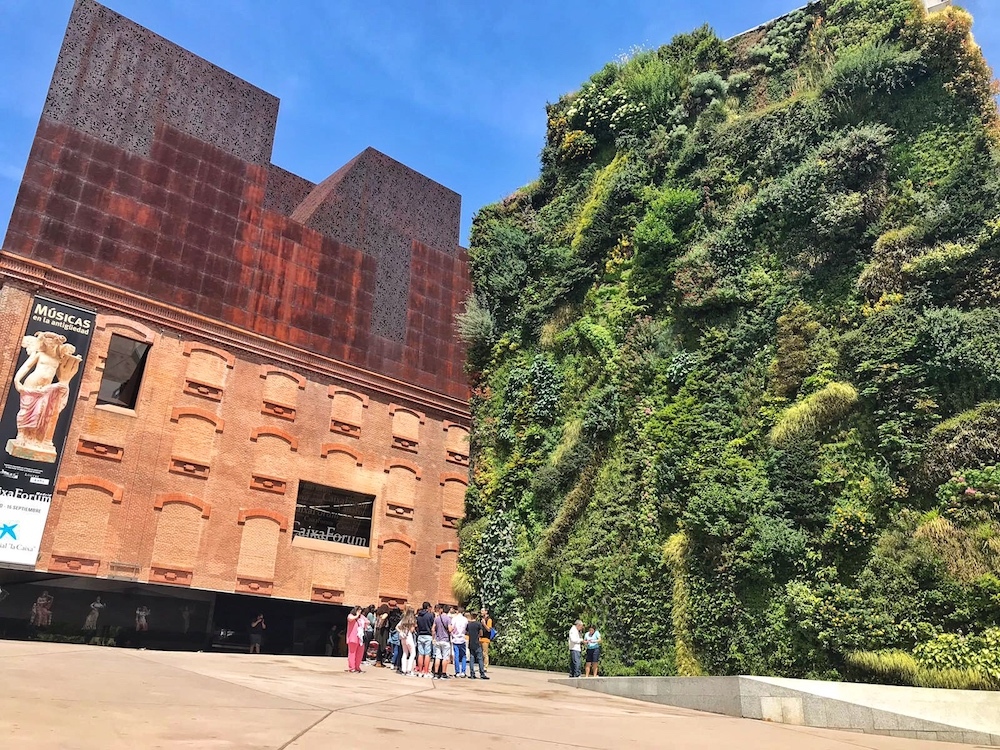 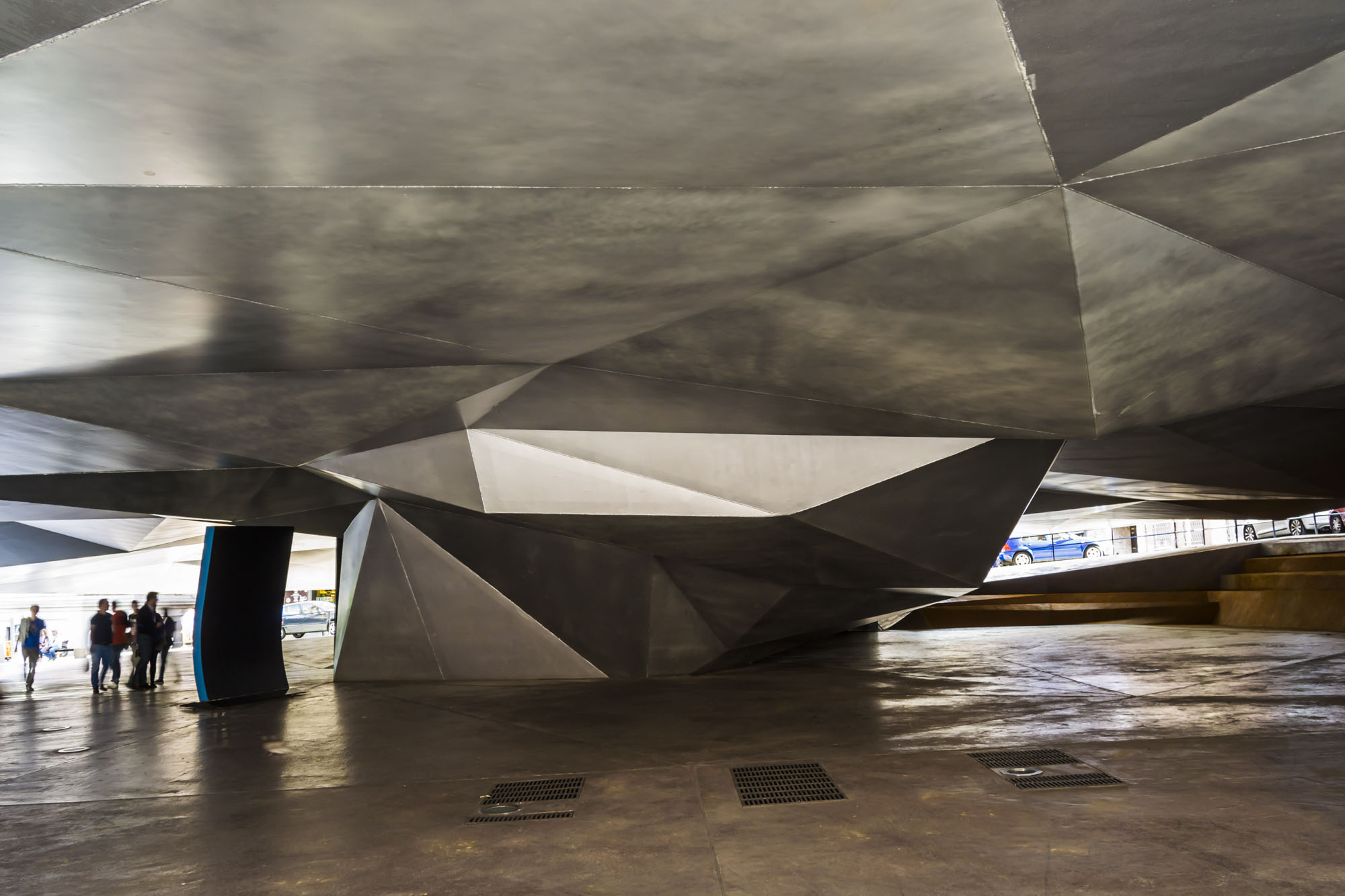 La Caixa acquired the old building and completely renovated it, converting it into a museum-cultural centre. It was designed by the Swiss architects Herzog & de Meuron and is located in the heart of Madrid, at Paseo del Prado 36.

Its façades were maintained, although to gain more space they eliminated the granite plinth that surrounded the old factory and was opened on the ground floor so as not to put pillars, it has central support that is barely visible, so that the sensation is of floating. It’s made up of two large halls running parallel to each other, characteristic of the power stations of the late 19th and early 20th centuries. 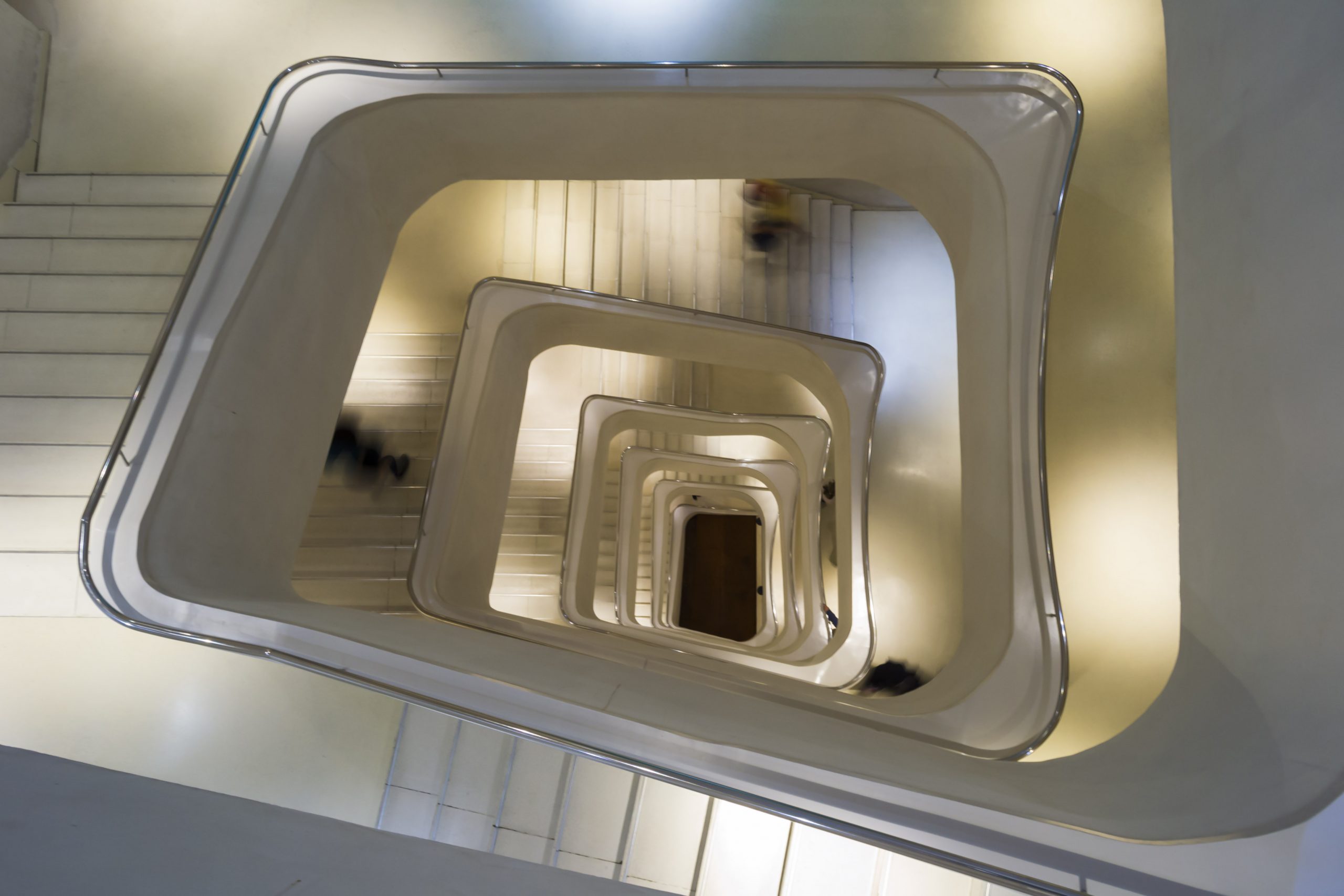 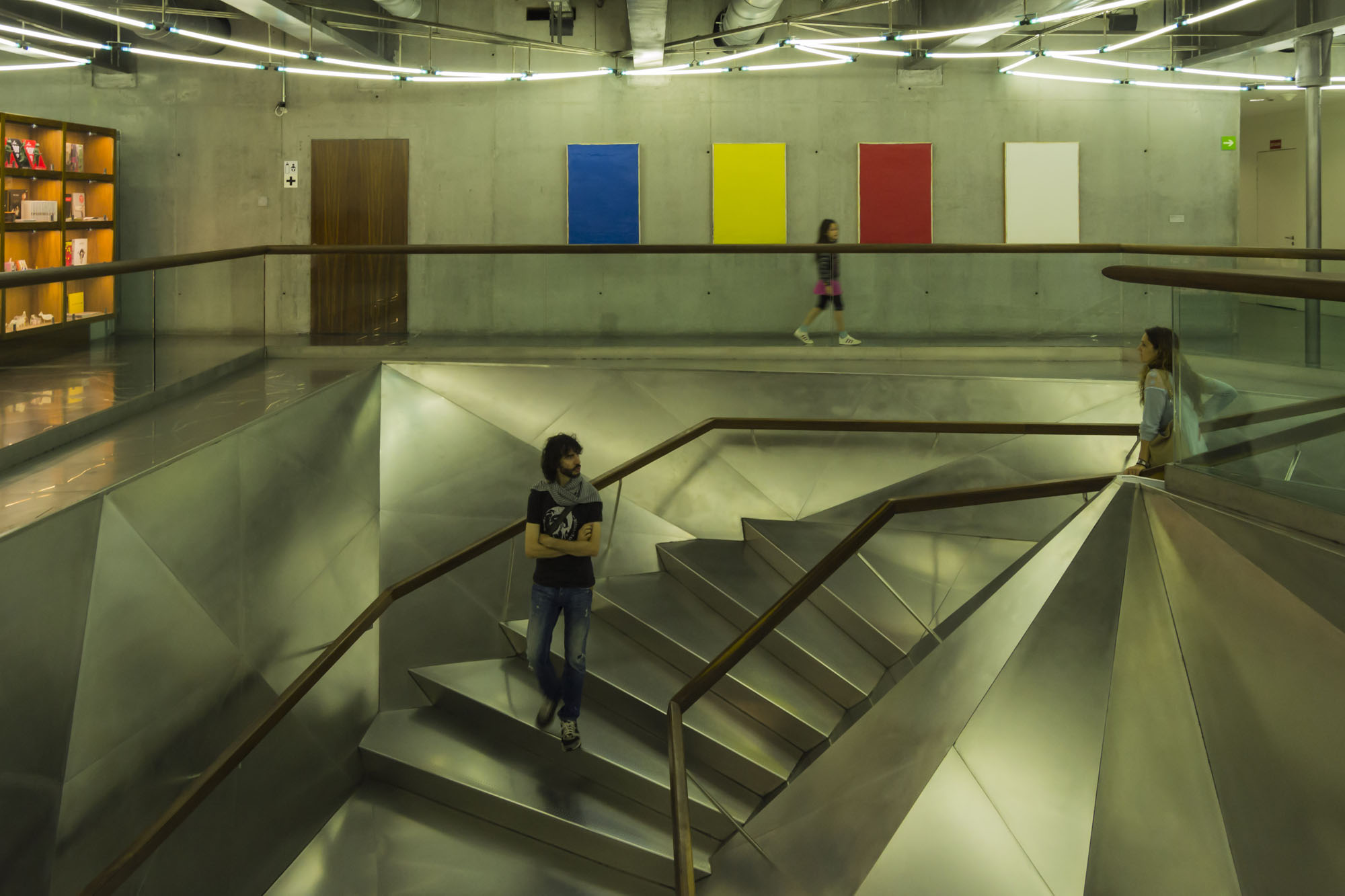 The new museum has a corrosion-ridden metal finish and several floors have been added. It is built with solid brick load-bearing walls on a granite ashlar plinth. The roofs are pitched, wooden gable roofs on steel trusses, with a skylight in the middle to allow overhead lighting.

There is a spiral staircase to the main floor with metal steps and another circular staircase with plants.

The floor is covered with a structure of concrete triangles that draw planes of different inclinations. The covered part of the square consists of a false triangular roof, made of metal plates.

In the square leading to the centre from Paseo del Prado, there are two fountains, one of them under the spectacular vertical garden, the work of Patrick Blanc. A wall of vegetation without soil, as it only needs water and fertiliser. It is 24 metres high and 460 square metres with 15,000 plants of 250 different varieties. 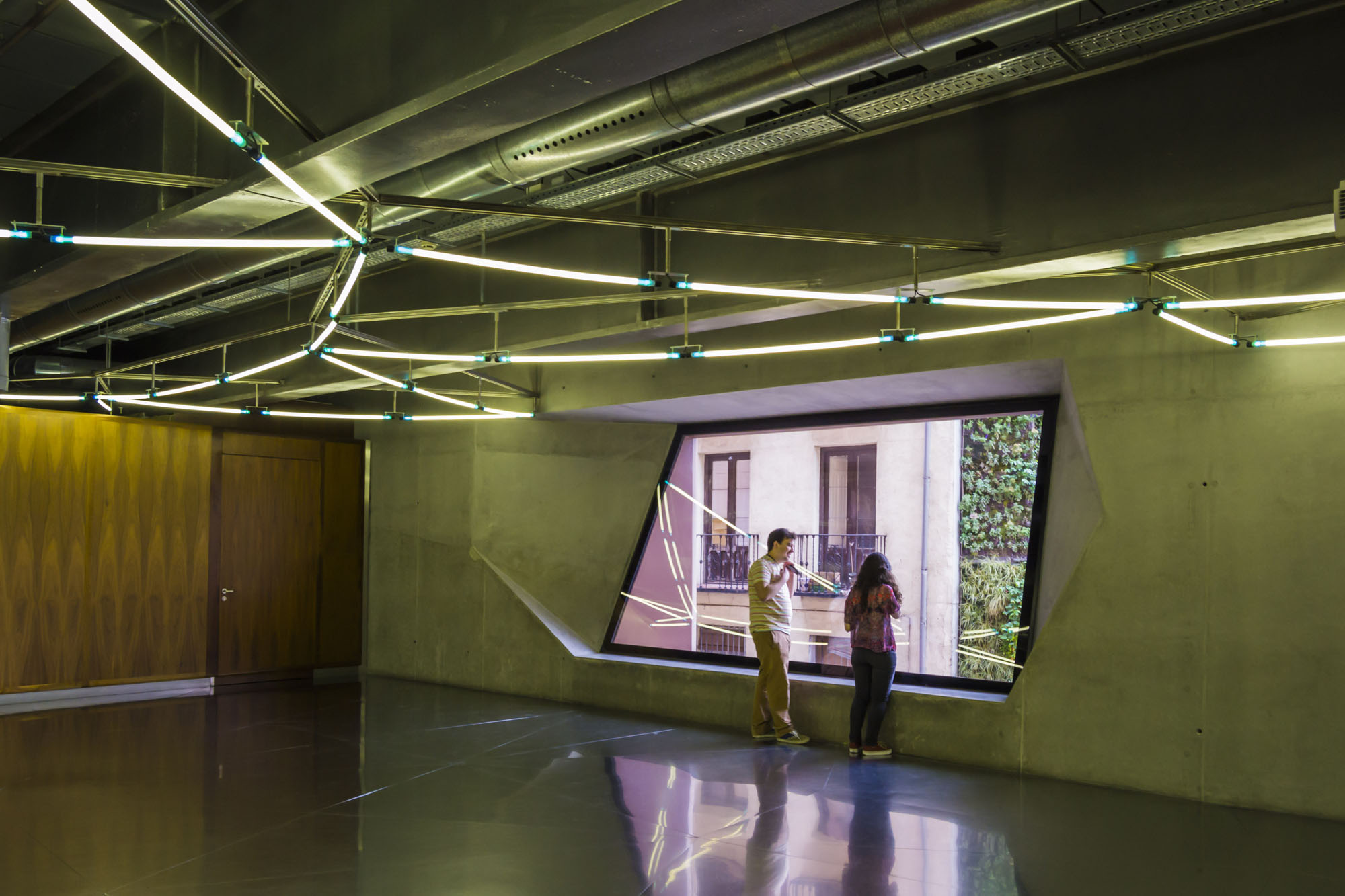 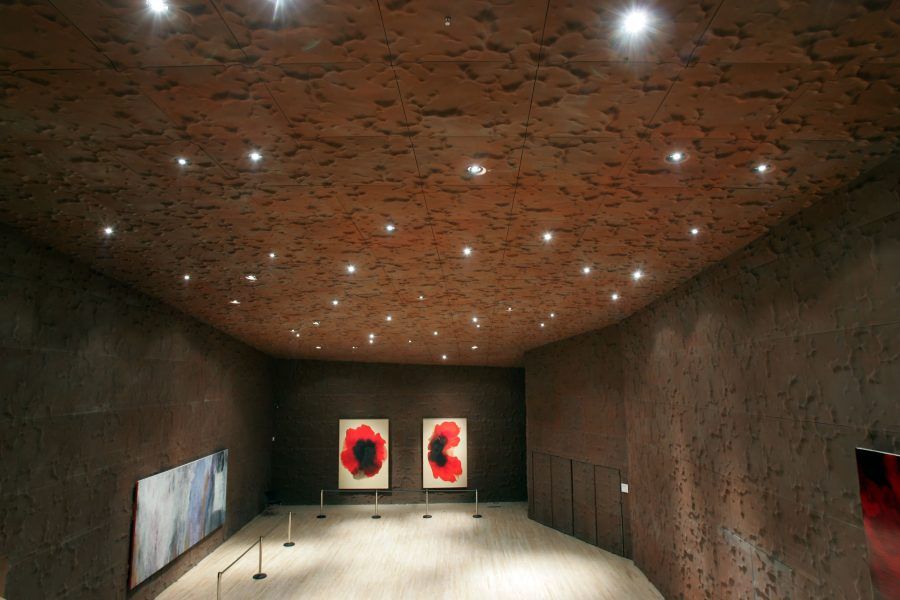 The CaixaForum’s mantra is that supporting culture means promoting the growth of the public, because it is they who transform the world. This year, they intend to bring the public the most extensive cultural offer, with 40 exhibitions.

The 21-22 exhibition season will consist of 31 exhibitions at the CaixaForum centres and CosmoCaixa, as well as 9 travelling exhibitions that will tour Spain and Portugal. Of these projects, 15 are world premieres.

The new programme aims to offer extraordinary and disruptive experiences; to contribute to recovering enthusiasm and invite reflection in order to rethink the future from a perspective that combines culture and scientific dissemination in a transversal way. It will include exhibitions that will cover the past, present and future of art.

Guided tours of the CaixaForum

An old fishing village, Villajoyosa is the capital of the Marina Baixa region, on the Costa Blanca in Alicante. Let’s dive in and see...
News

The Canary Islands Volcanic Risk Prevention Plan (PELVOCA) has certified the end of the volcanic eruption on La Palma, which began on September 19th. On...
News

When making the move to Spain, it’s natural to want to bring along your furry friends. Make sure you know the current procedure in...
Travel