Immigrants Crossing the Border at Ceuta – What is the Current Situation?

After Italy’s government closed the door to migrants, attempts to cross into Spain increased more than four times over in 2018, and have been increasing since.

For most African immigrants, the last leg of their journey to Europe involves some dangerous sea crossing. At the Ceuta border of Southern Spain, there is only one fence in their way.

Ceuta is one of two Spanish communities located on the northern coast of Morocco, the only place where Europe has land borders with Africa. The other enclave is Melilla, further east along the same coast.

Here, all that separates Europe from the migrants is a 6-metre-high double fence with barbed wire on top, stretching 6 kilometres along the peninsula and dividing Ceuta from Morocco – plus 1,100 Spanish federal police and Guardia Civil officers – and a 6-kilometre-long fence that divides Ceuta from Morocco.

In the last three decades, southern European countries such as Spain, Italy and Greece have witnessed a constant increase in the arrival of African migrants by irregular maritime routes. From time to time, the media and the Establishment latch on to a specific incident or an upturn in numbers to talk about a migration crisis, implying that this is a temporary issue, limited in time and possible to modify with the usual recipe of border control and externalisation, cooperation with the countries of origin and increasingly restrictive application of asylum and refugee legislation and expulsion and return procedures.

After Italy’s new government closed the door to migrants, attempts to cross into Spain increased more than fourfold in 2018, making it the top destination for African immigrants as the number of attempts have only risen until today. By analysing the flows of migrants arriving in Europe, we can see that the movements start in countries as far away as Kenya, Somalia, Ghana, and Senegal.

Also in the Middle East, we see that countries such as Iran and Iraq can be the starting point for these movements. Spain, Italy and Greece are confirmed as the most common ports of arrival. At the end of 2020, there were 5,800,468 foreigners residing in Spain, 2% more than a year earlier, compared to an accumulated growth of 19% over the last ten years.

Despite the goodwill of many European citizens, it’s true that Western governments maintain a policy of progressive impoverishment toward black African peoples. There’s a stark contrast in customs between Central African immigrants and Westerners, two different conceptions that can complement or destroy each other but never ignore each other because we are all in the same “boat”, so to speak.

What Happens at the Border?

The Ceuta crisis leaves a host of questions that have been left unanswered. How do we manage the sudden reception of thousands of people, including hundreds of minors? 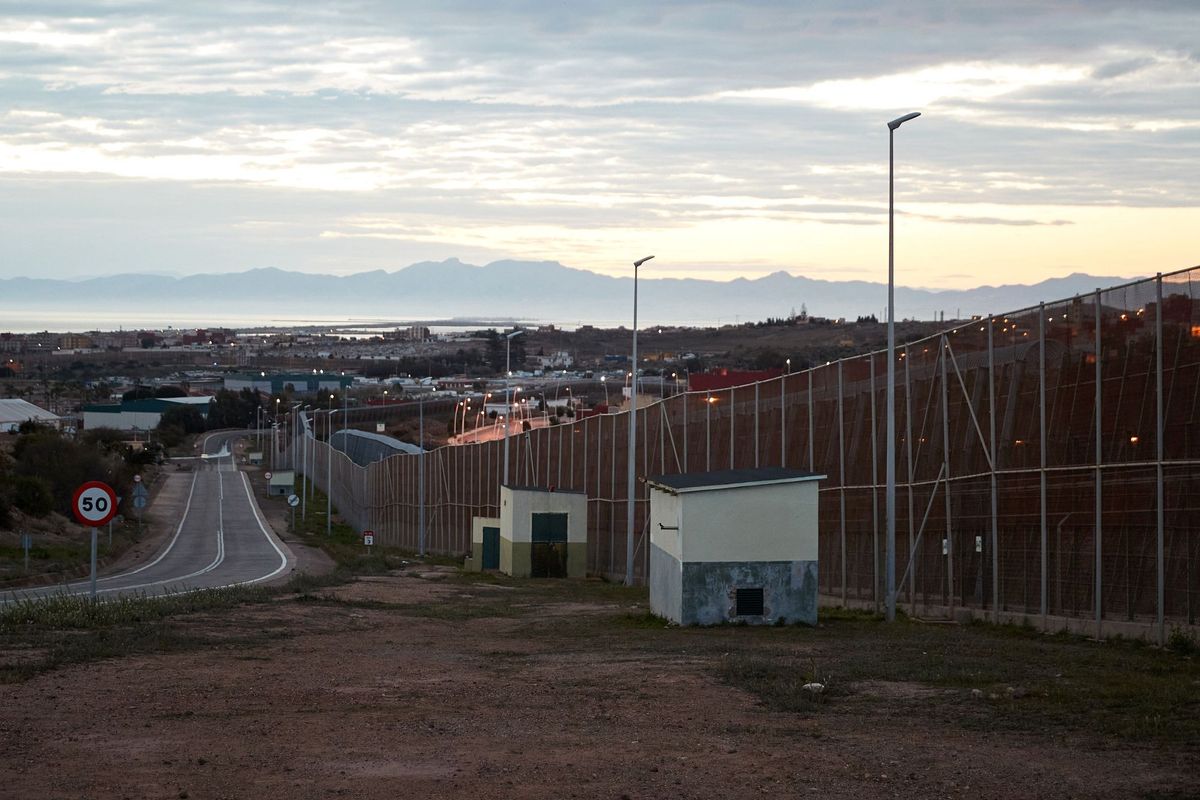 When immigrants cross the Ceuta border, the law states that there’s a maximum time period of 72 hours to carry out a police check. During that time, agents obtain their affiliation and check if their fingerprints are in any national or international database.

This procedure is carried out in the Temporary Reception Centres (CATE) for immigrants, where the Red Cross provides initial humanitarian assistance to check the health conditions in which these people arrive. In the current context of the pandemic, it is here that they are given PCR tests.

Any irregular arrival implies the opening of an expulsion file from the country that concludes with the repatriation of that person, who at any time has the possibility of expressing his or her will to claim international protection and request asylum.

In the event that the application is not accepted or protection is denied, expulsion from Spanish territory is proposed, which means that there is finally a deportation order validated by a judge.

While these proceedings are being processed, the immigrant is placed in a detention centre for foreigners (CIE), where the maximum stay is 60 days, although NGOs denounce the fact that the length of stay is often longer than the legal period.

Spain needs to focus on managing these flows in the long term: legal migration, and development cooperation. More legal migration channels are needed because they act as a deterrent for migrants and as an incentive for transit countries. Europe is not creating these legal migration mechanisms but in the end, what it does is regularise the migrants who arrive.

Spain Relaxes Immigration Rules in the Face of Labour Shortages

Yesterday, the Spanish government approved a reform that facilitates the regularisation of immigrants in the country, despite the high unemployment rate it suffers.

This reform, adopted by the Council of Ministers, provides for “far-reaching measures”, which aim to promote “orderly and safe regular migration”, said the Minister of Social Security, José Luis Escrivá, at a press conference.

The document specifies the regularisation of undocumented immigrants who have been in Spanish territory for more than two years. Those in this situation will be able to access employment legally or undergo training in sectors such as agriculture or tourism, where there are many unfilled vacancies.

The reform also simplifies access to employment for foreign students, who will be able to work up to 30 hours per week during their studies, and even enter the labour market afterwards, without having to have lived in Spain for three years beforehand.

Previous articleWe’ve Got The Perfect Setting This Summer At La Cumbre
Next articleBeautiful Villa in La Carolina, Marbella by Christie’s International Real Estate