Having lived in Spain for 20 years, Marc Fosh is a British chef who’s had raving success at his self-named and Michelin star restaurant in Palma de Mallorca. 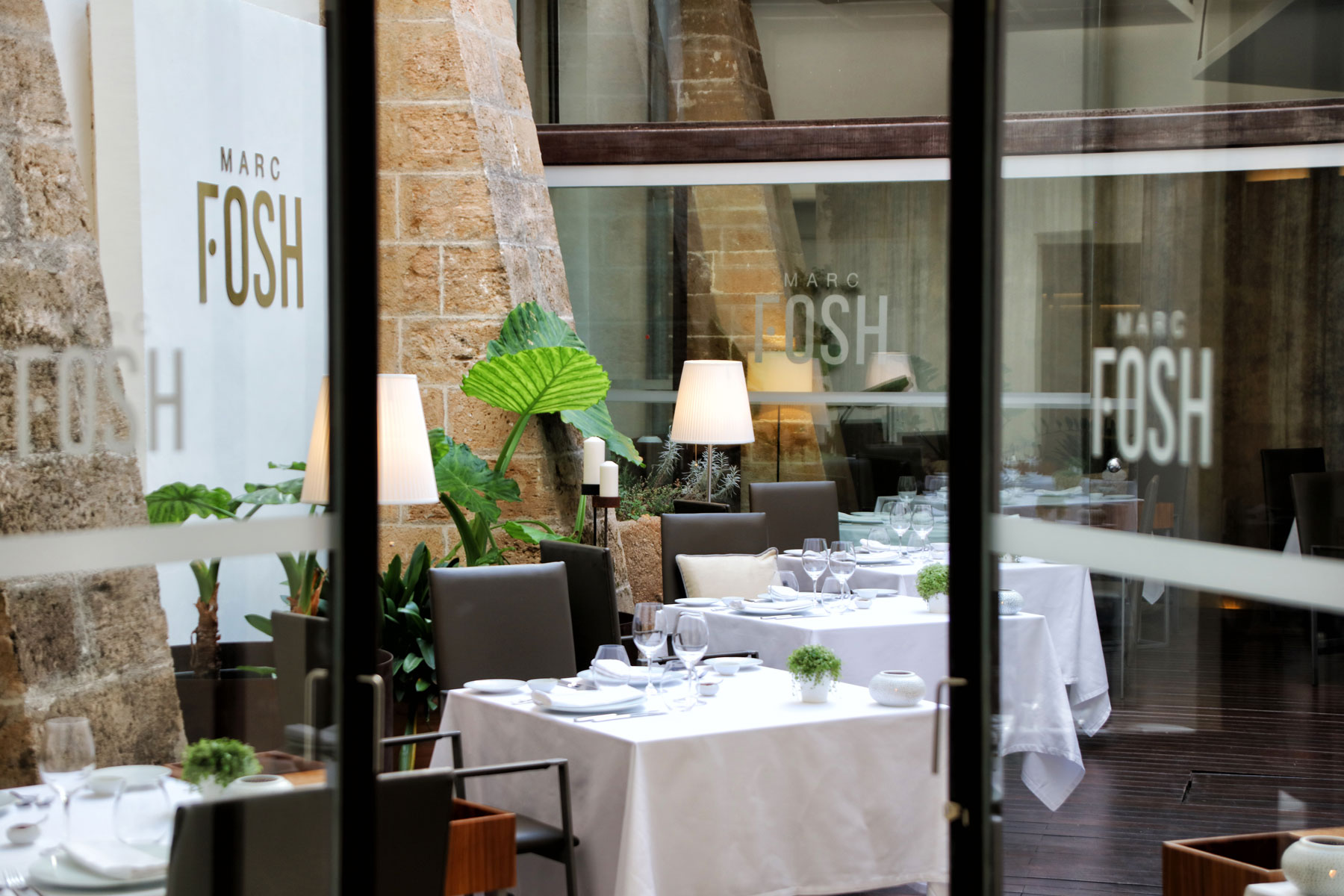 Named after the celebrated chef, Marc Fosh restaurant is located in the elegant surroundings of the Hotel Convent de la Missió, in a 17th-century building. He combines Michelin-starred cuisine with the relaxed, contemporary ambience of Palma de Mallorca’s old town, which has become the city’s most notable gourmet destination.

Located in the Hotel Convent de la Missio, the restaurant gained a Michelin star in 2014. Marc has centred his menu around traditional Mediterranean cuisine, along with quality, seasonal raw materials, outstanding technique and presentation with unique artistry. 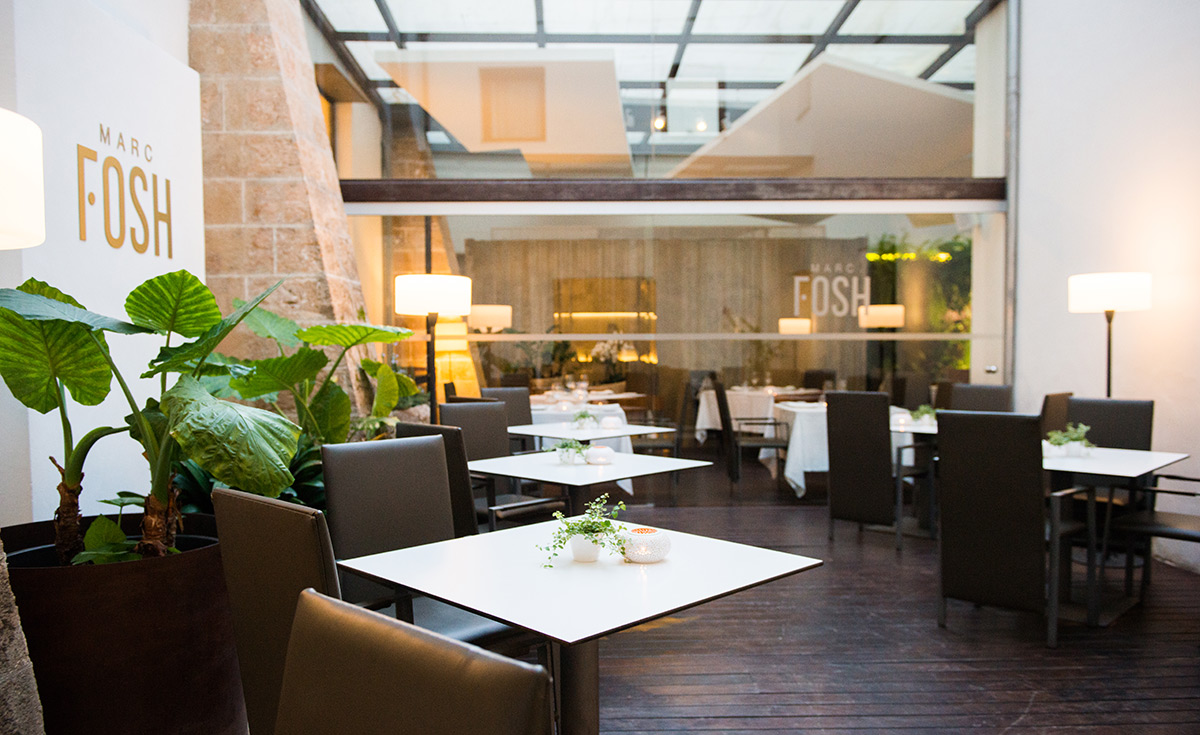 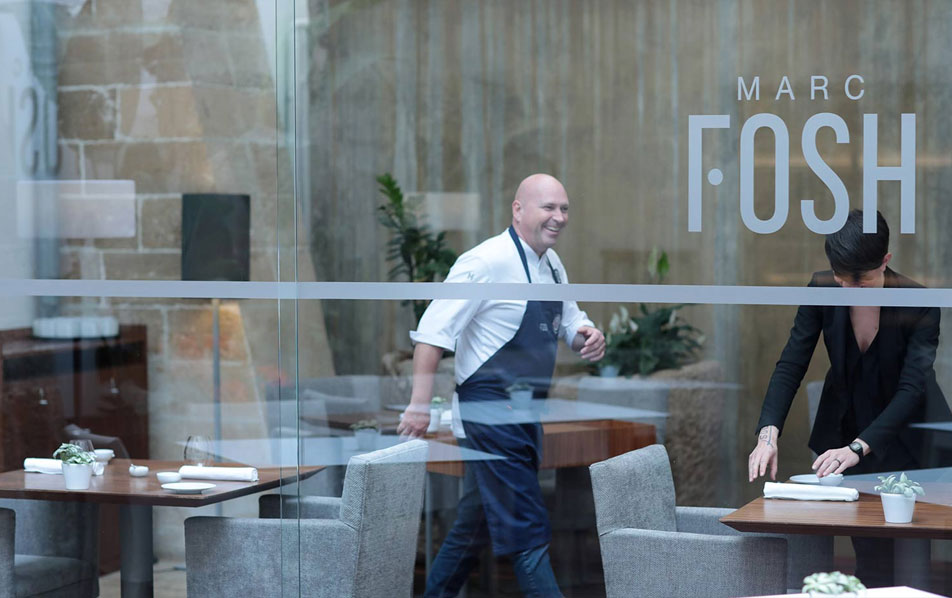 One of Spain’s Balearic Islands, Mallorca is renowned for its beautiful beaches, charming coves, and quaint mountain villages. Packed with history and architecture, it truly is a gem for locals and tourists alike.

Mallorca is a beacon of calm, while also being the location home of choice for À-List celebrities. With a population of 870,000, the island is booming in great wealth and enjoys the highest per capita level of disposable income in Spain.

The Islands hotels range from renovated historic buildings with every modern-day convenience to charming farmhouses in the countryside, and modern villas throughout the island.

Palma de Mallorca is a place brimming with vitality in the summer months. A place to lose yourself, relax and also savour the flavour of its land, bathed in the warmth of the Mediterranean and its intense natural light. 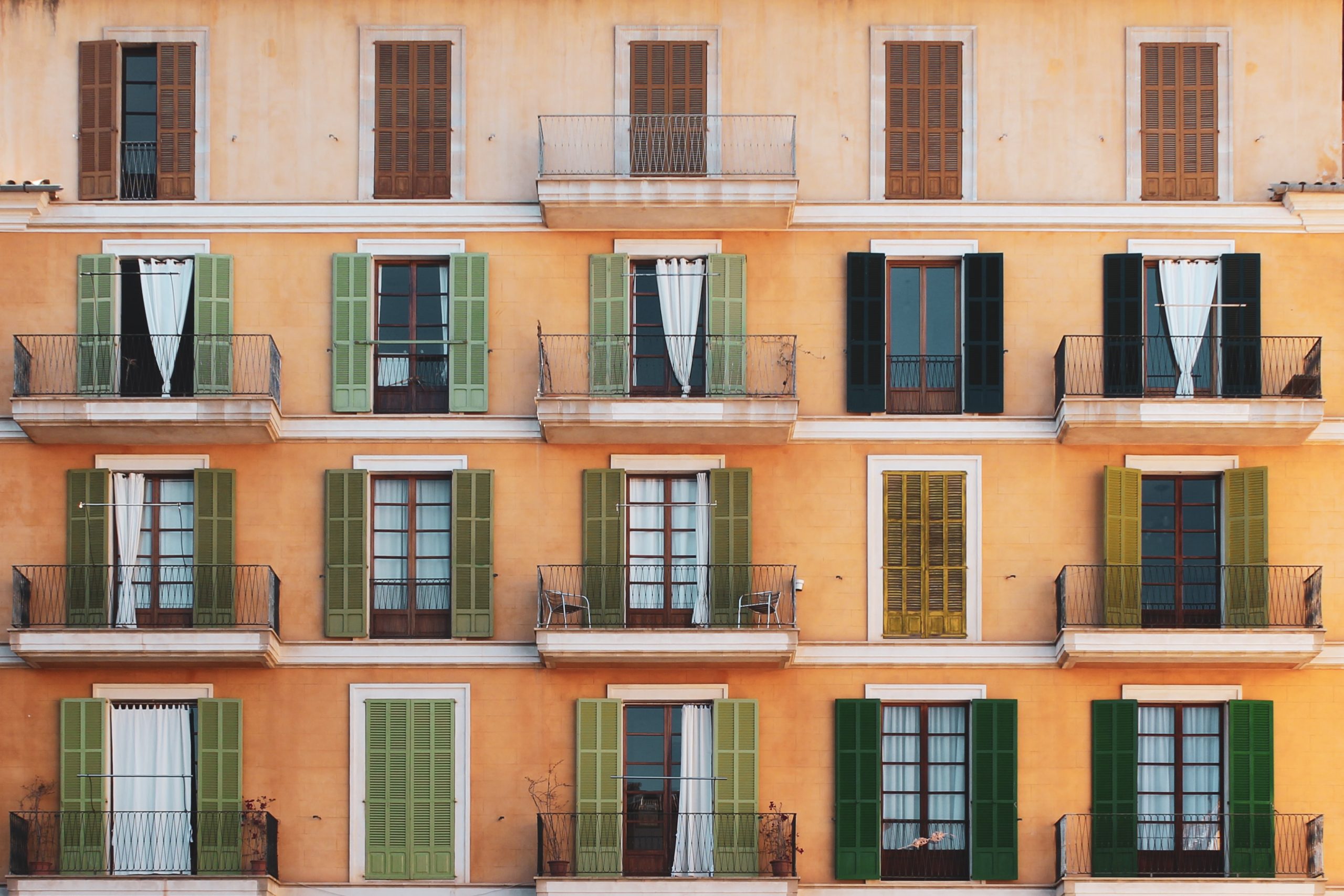 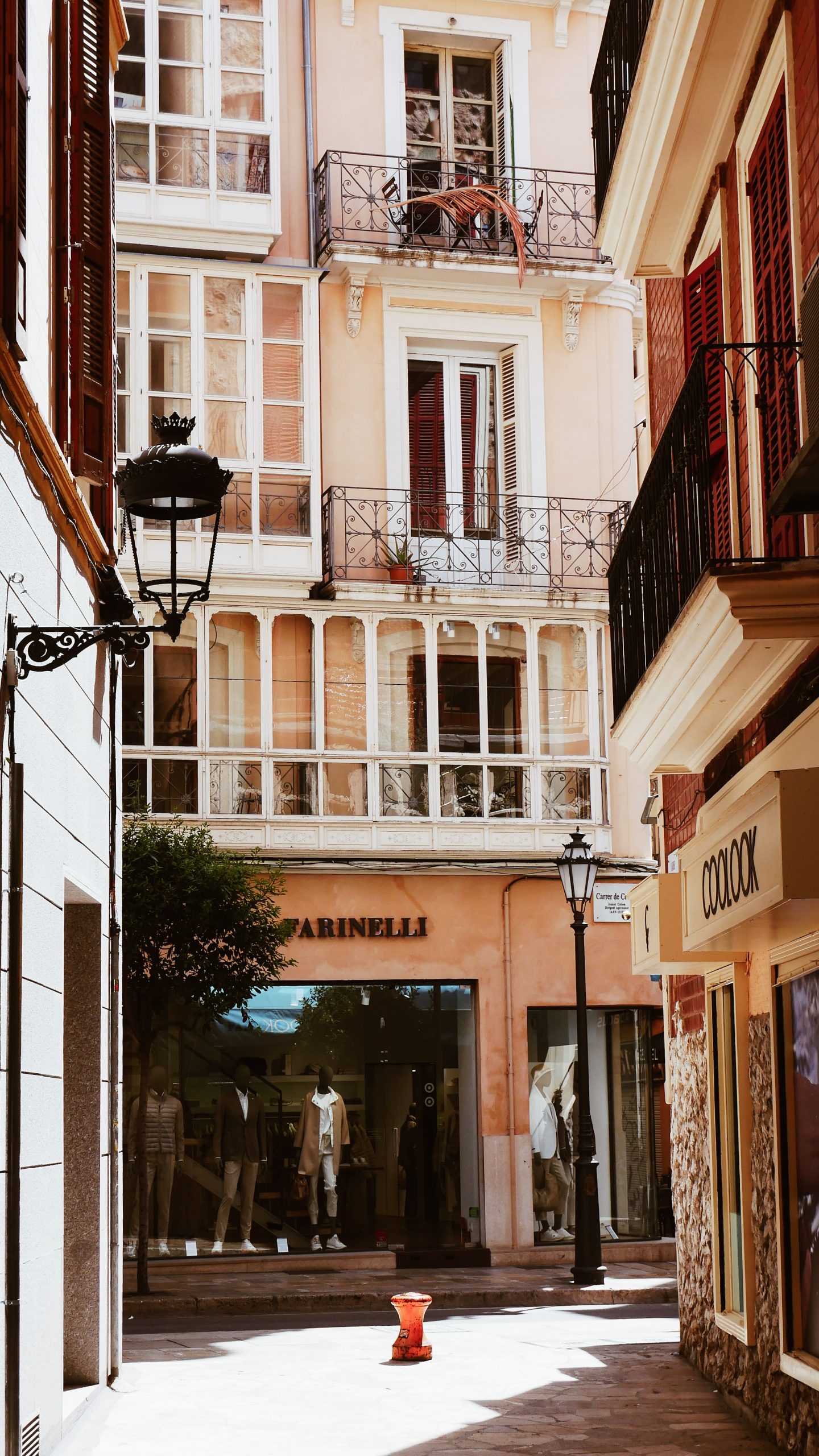 You can bet that Marc Fosh thought the same way when he arrived there, sometime after starting out in the kitchen in the 1970s at London’s Greenhouse restaurant, before taking his first job in a Michelin-starred restaurant, the Chelsea Room at the Carlton Tower Hotel in the English capital. There he began to explore the paths of technique, innovation and the quality of raw materials.

Like many Brits, Fosh decided to swap the cold for Spain in the early 1990s. For him, this was a period of culinary evolution in our country, adopting new technical and creative trends, exploring in detail the local recipe book and agricultural, livestock and fishery production.

In this way, he moulded his style, with the quality of fresh produce and his overflowing creativity as the foundations of his consistent work.

Marc’s menu will take you on a culinary journey of new and classic dishes from the prestigious chef’s cuisine. Made up of five courses, plus starters and petits fours: silky yellow gazpacho, with lemon verbena, red prawns, smoked cucumbers and marinated sardines; marinated tuna belly.

In addition, Marc Fosh’s wine list makes for an excellent accompaniment to the menu, showcasing regions from both traditional and modern styles of winemaking. The menu is very reasonably priced, with the average price per head coming to between 30-90€.

Originally from Kent, Marc was the first British chef to achieve a Michelin star in Mallorca in 2002 with his restaurant Bacchus at reading’s Hotel. He then embarked on other projects and in 2014 he achieved another star, which he still holds in his restaurant of the same name located in the Hotel Convent de la Missió.

After an impasse to see where the pandemic situation was going to go, and seeing that the near future was uncertain, he launched his delivery service FoshFood@Home.

In 1981 Marc Fosh’s culinary journey began in London, working at The Greenhouse and then at the Michelin-starred Chelsea Room (Carlton Tower Hotel). From then on his goal was to have a Michelin star of his own. Marc moved to San Sebastian, to become part of the Spanish gastronomic revolution of the early 1990s, at Bodegón Alejandro, working with a young Spanish chef called Martín Berasategui.

The next stop was Mallorca. In a country house in Santa Maria, Marc’s unique cuisine, based on high-quality fresh ingredients and a modern twist, won many fans, including Michelin inspectors. In 2002, Marc became the first and, so far, the only British chef in Spain to create a Michelin-starred kitchen. 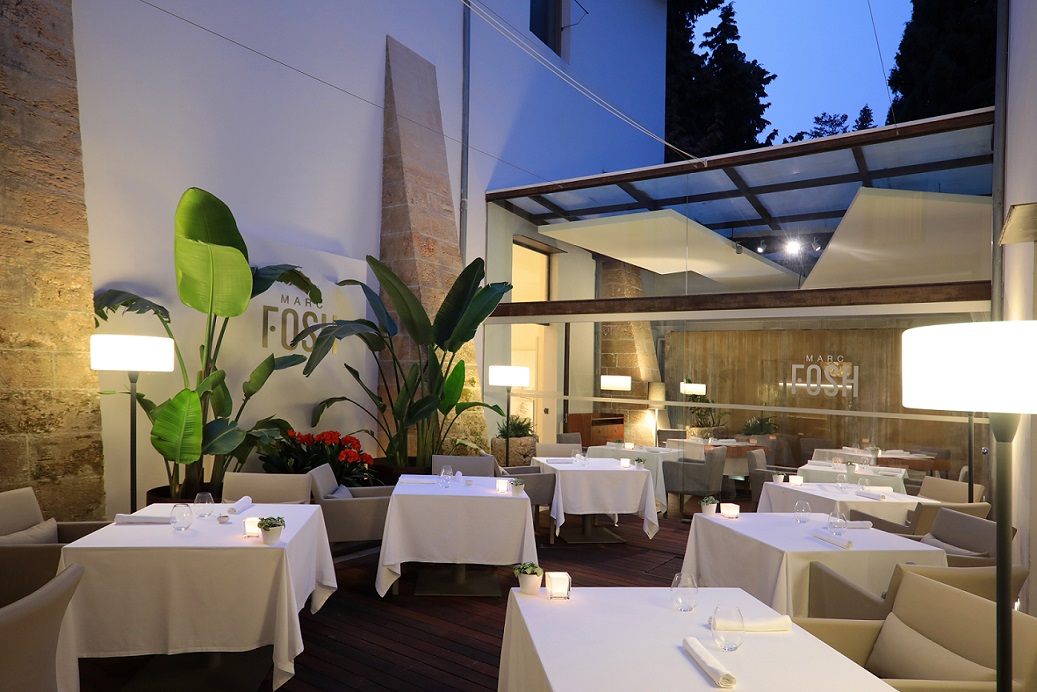 Marc Fosh is open for lunch and dinner every day. It’s closed on Sundays in winter for a weekly break. The lunch menu changes weekly and offers surprisingly good value for a restaurant that holds the coveted Michelin star. Dinner is a more sophisticated affair, with a choice of three tasting menus, one of which is designed for vegetarians.

Previous articleValentines Day at COA: Treat Your Other Half to a Romantic Night of Bliss
Next articleOcean View: The Comfort of Premium Private Living in Marbella