Luis Puchades has established an innovative hub in Gata de Gorgos dedicated to creating a shared space for art and fashion.

Espacio 14 at Gata Gorgos, Alicante is much more than an art gallery. It’s a place where creative minds can come to meet and collaborate, with the goal of constantly filling the world with more beauty.

The studio is a creative hub where you can come to enjoy temporary exhibitions of emerging artists from March to September, a place where you can find crafts and designs, specially selected for you. With exhibitions by Gabriel López, Pepa Caselles and Cristina Pedrós, there’s also a permanent exhibition by the owner and founder, Luis Puchades.

Apart from artwork, Espacio 14 is also a space dedicated to exclusive Haute Couture and Pret-a-Porter garments handmade by Luis Puchades with carefully crafted materials. Passionate about combining art and craftsmanship, Espacio 14 features work by experts who have been in the fashion industry and linked to the art sector for over 30 years.

About the Founder and Creator 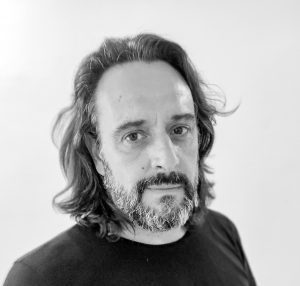 Luis Puchades has long been involved in the creative scene, with creativity in his blood. He comes from a background in textiles since childhood, and he thoroughly enjoys interpreting natural elements in his work with organic materials.

From Algemesí, Luis is a multidisciplinary artist who lives and works in Gata de Gorgos in Alicante and studied art and design in Barcelona where he developed and honed his skills.

With his work on permanent display in Espacio 14, Luis is continuously exploring new techniques and possibilities as part of an introspective and retrospective process. By applying varied uses of colour, textures, and shapes, Luis has adapted his knowledge in the development of a long creative career.

His high fashion creatures have been displayed internationally in Paris, Milan, New York, Dubai and Singapore, in collaboration with Teresa Candela, another artist and yoga instructor at Espacio 14. 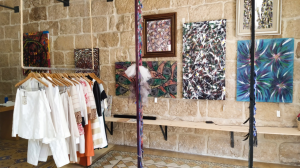 Born in Algemesí in 1973, Luis was exposed to creativity from an early age. He spent his childhood surrounded by looms, weaving machines and sewing machines in his family’s textiles workshop. He began studying Fashion Design at the Peris Torres School of Design in Valencia when he was 16, eventually leaving his studies to join the family business.

He took over as Creative Director and began to produce knitwear collections for the most important companies of the time in Spain, for names such as Angela Arregui, Francis Montesinos, Hermes Govantes, Jota + G, Dolores Enguidanos, and Roman Benech.

During this time, he also studied textile engineering, learning the techniques of electronic weaving. This enabled him to reconvert the family business into a vertical company, maximising both creativity and productivity. He also trained as a pattern designer with Liberto Alpuente and offered a comprehensive service to companies, from fabric design to finished products.

In 1999, he became Creative Director of the yarn company RiojaFil, moving his residence to Logroño (La Rioja), where he designed collections of yarns for fabrics and developing fashion trends for the textile sector at a European level. He created collections of luxury fabrics while he continued to work at his family’s company. He left this position in 2005.

In 1999, he began his creative collaboration with Teresa Candela, both promoting the presence of their brand on an international level, and going on to sell their garments in Asia and the United States.

In 2002, Teresa Candela and Luis Puchades created the brand Alma Gitana, which highlighted transgressive design based on tricot garments. They launched the brand on the international market with showering success, selling their collections in 18 countries around the world, in Europe, Asia and the United States. 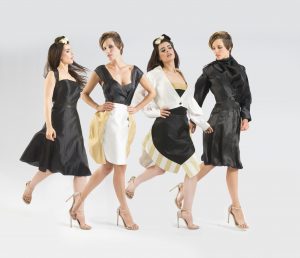 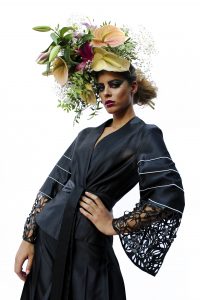 In 2003 the brand was absorbed by a Galician company located in La Coruña, moving his residence to La Coruña, and he left this position in 2006.

In 2005, Luis decided to change course and slow down and became the Freelance Creative Director of the brand Urturi in Logroño, a small family business, a position he kept until 2014, while spending his time learning new art techniques and honing his craft.

Teresa is a fashion designer, yoga teacher, and holistic therapist of the Iveshama philosophy. In the space, she organises female learning groups, where she provides counselling and workshops. Teresa directs the MudoMasa space at Espacio 14, where she gives yoga classes for women.

Together, Luis and Teresa have elaborated exclusive high-end collections with a limited production, turning fashion into a fusion of art, architecture and engineering, and creating garments that are wearable poetry. They have presented their collections in Singapore, Paris, Milan and New York, selling their designs in the Arab Emirates and Asia (Takashimaya).

Fast forward to today, the power duo decided to they decided to create a project where arts, design, culture and personal development all converge, and so the concept of Espacio 14 was born. 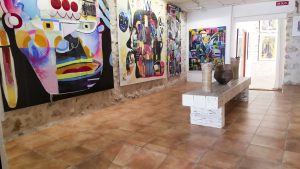 From that moment, with a great experience, they decided to create a project where arts, design, culture and personal development converge, a situation that could not get underway until we found the house of ESPACIO14 in October 2019. After 5 months of renovations, they successfully converted an old house into their beloved studio, where they also give yoga classes.

Despite having opened right before the pandemic, the creative space has thrived to provide a space for local artists to present their creations. There are five spaces – Espacio Uno, Dos, Tres, y Cuarto, as well as Espacio MudoMasa that are available to rent for events, photoshoots and film locations.

In addition to all this, you’d think the pair had enough work on their hands, but no! They also give yoga classes at the centre, as well as workshops,  holistic counselling and training courses.

When searching for an interior designer, it’s crucial to consult someone you can trust and relate to, who understands the vision that you have...
News

What's wrong with how English is taught in Spain? Why do so many Spaniards feel embarrassed to speak it? Let’s run through the most...
News

If you’ve already made the decision to make the move to the Iberian country, make sure you’ve checked these essential requirements off your list:    Did...
Buying in Spain