Fuerteventura: The Canary Island with Possibly the Best Beaches

The second-biggest Canary Island, there’ll be never a dull moment in Fuerteventura with its famed beaches, cultural attractions, and vibrant resorts. 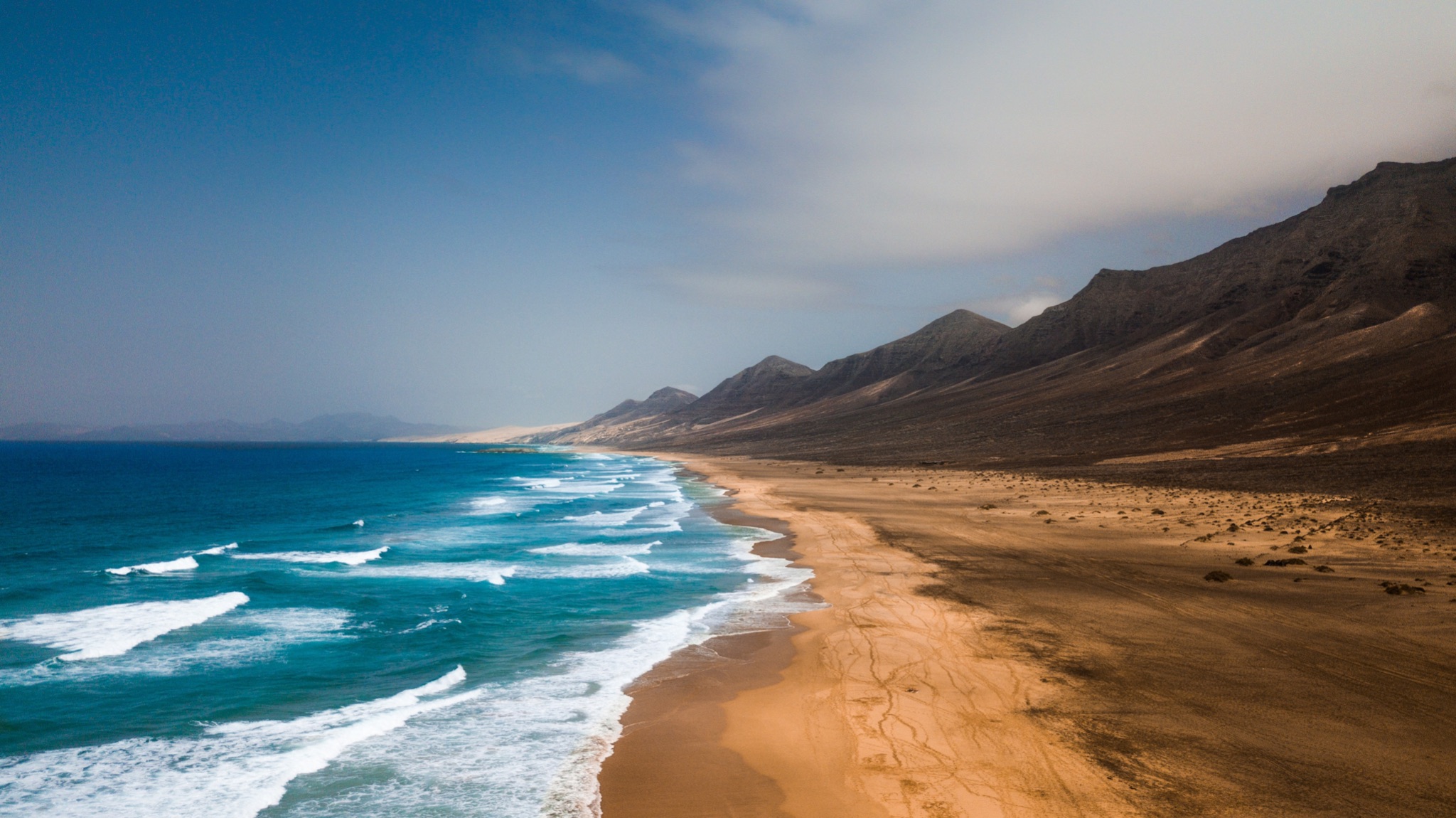 One of the oldest Canary Islands, Fuerteventura is found off the coast of Morocco in the Atlantic Ocean. With only a narrow channel separating Fuerteventura from the African continent, the island is blessed with the longest beaches of the archipelago.

Fuerteventura is a prime destination for surfers, with also many divers frequenting the island for its tunnels, caves, overhangs, and unique rock formations. As the second-largest of all the Canary Islands, after Tenerife, Fuerteventura dates back to the earliest dated volcanic eruption 38 million years ago.

Just a few hours by plane from most European cities, you don’t have to go far to make your dream holiday a reality. Here are just a few of the reasons why you should visit Fuerteventura:

With an extensive 150km of snapshot perfect beaches, in Fuerteventura, your only problem will be choosing which beach to visit. There are beaches with sand dunes, crystal clear lagoons with sandbanks and natural reefs, so you’ll have plenty of exploring to do.

Renowned for its coastline, the beaches are the main reason why people choose to visit this Canary island. Fuerteventura is a beach-lovers paradise with vast stretches of white, fine sand and nature reserves. The most popular beaches can be found at Playa del Moro and Morro Jable. 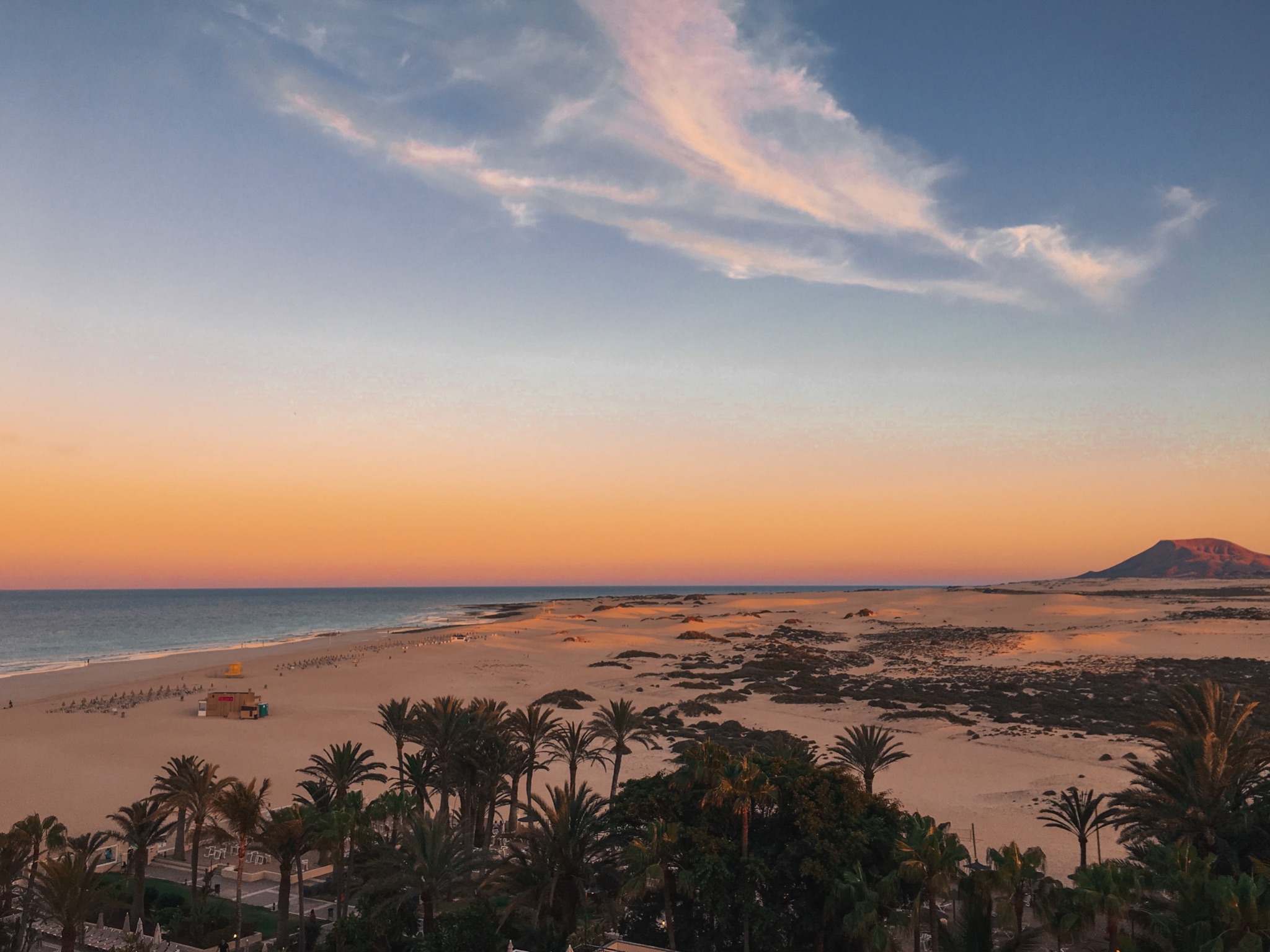 It Has a Unique Landscape

Fuerteventura was declared a Biosphere Reserve and Starlight Reserve by UNSECO in May 2009 for its rich fossil source, found in 50 palaeontological sites of global importance. The island is also home to Europe’s largest area of desert and semi-desert, giving the beaches its golden, bronzed hue. 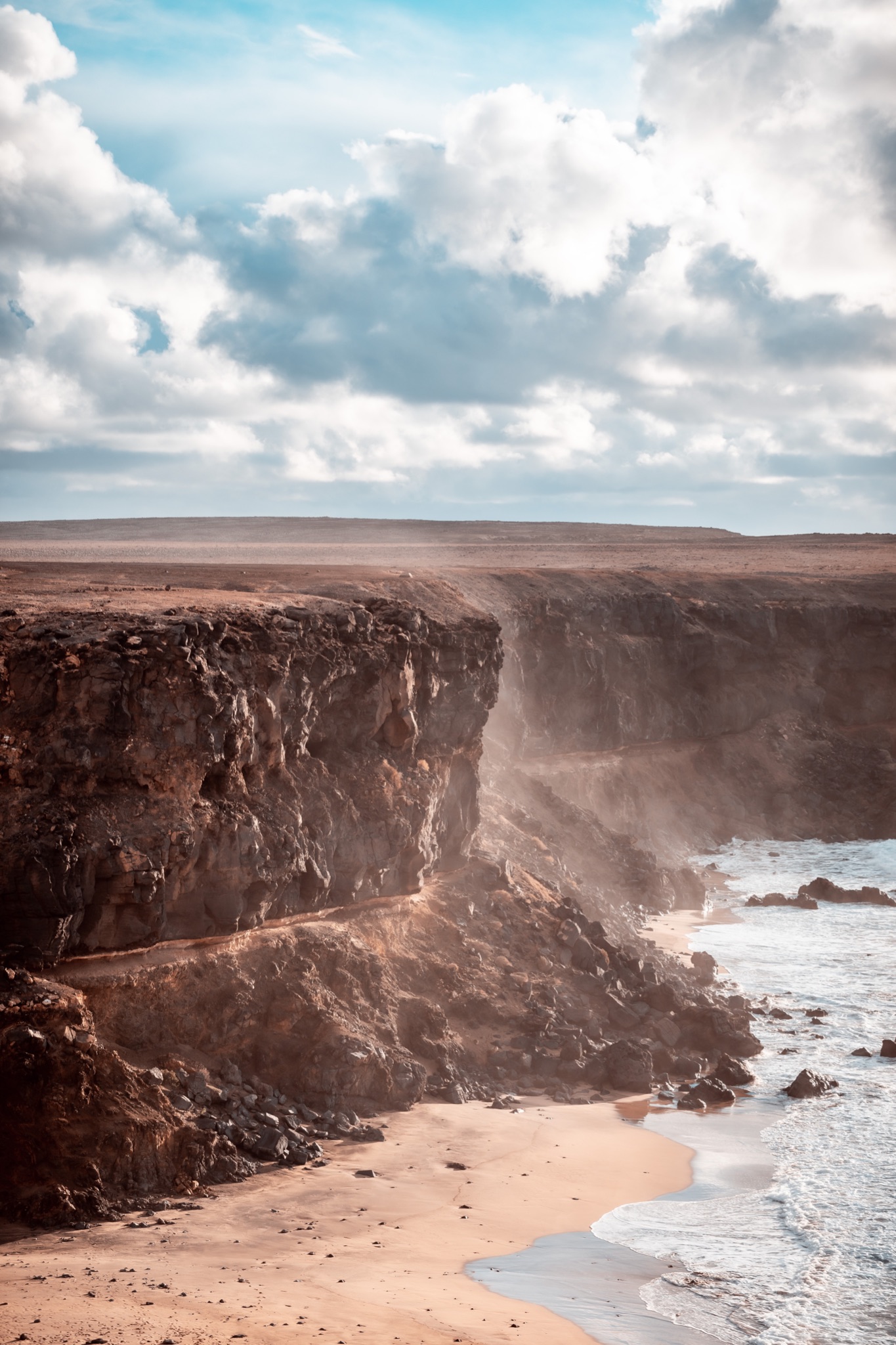 Located on the northern coast of the island is the popular resort of Corralejo, known for its long, white sandy beaches that go on for as long as the eye can see. Due to the influx of tourism, the once small and quiet fishing villages have transformed into vibrant and colourful towns, along with windsurfing and kitesurfing centres.

Corralejo is perfect for those searching for a sunny getaway, with a fun and lively atmosphere and bustling nightlife. 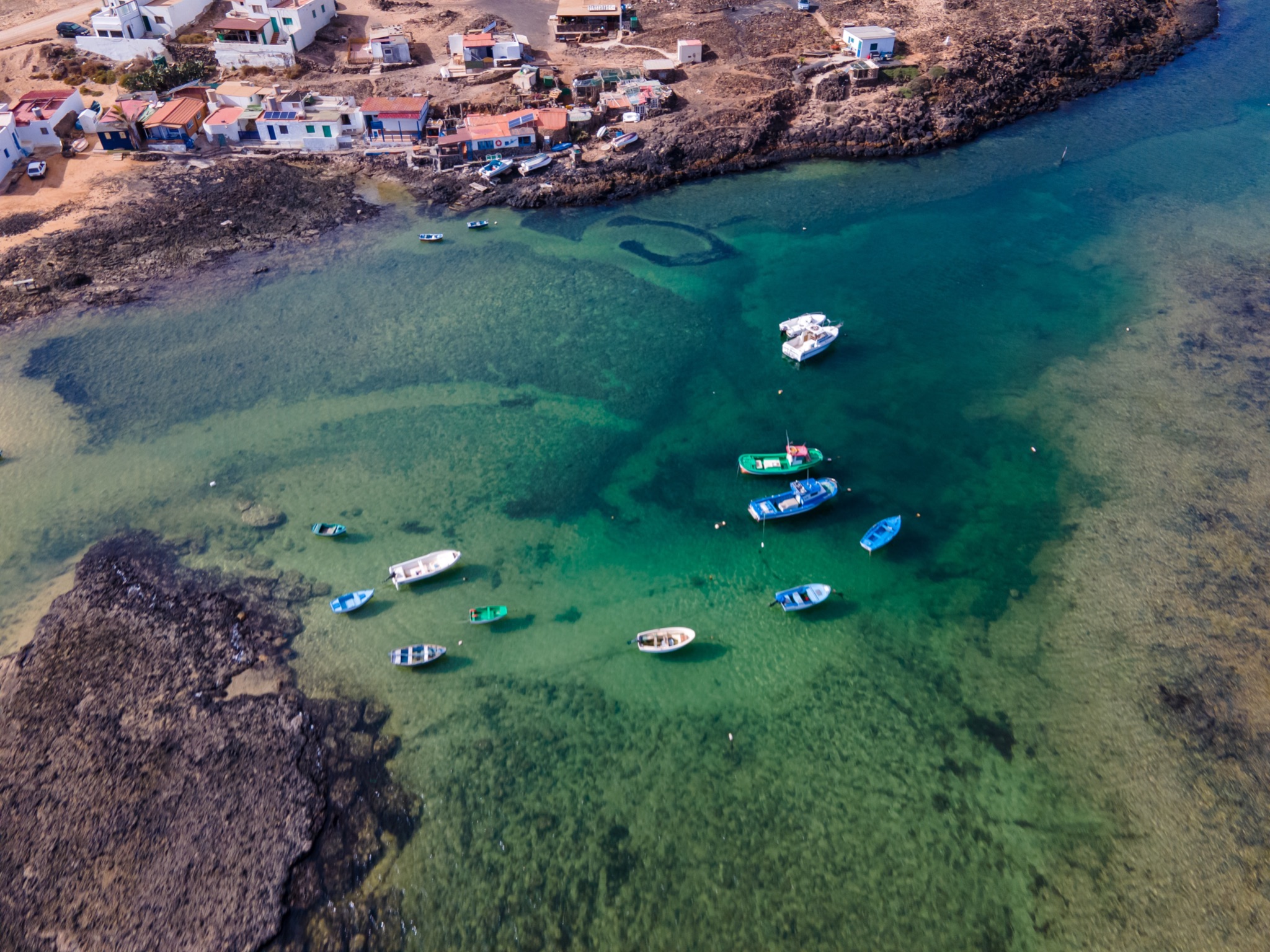 This holiday resort is found on the east coast of the island, about ten minutes from the airport. Having been developed around a cove, Caleta derives from the name Cove in Spanish, and Fuste translates to “fishing boat”.

We recommend this resort if it’s something more family-friendly, with many suitable activities on offer, while the area is generally quieter in the evenings.

Also known as Nuevo Horizonte (New Horizon), Costa de Antigua is located on the eastern coast of Fuerteventura, just outside Caleta de Fuste. Newer than the other resorts, this destination provides a soothing spot for those looking for some downtime.

Costa de Antigua boasts beautiful stretches of white sand beaches and crystal clear waters along with the rest of the island.

The Island’s Cultural Attractions are Unbeatable

On top of being a natural paradise, Fuerteventura avails of a diverse variety of cultural attractions including museums, historic monuments and local craftsmanship. The locals are proud of their traditions, and so music and parades play a vital role in the island’s culture.

We recommend that you head to the La Alcogida EcoMuseum. Its made up of seven houses that depict the traditional Fuerteventura habitat. There’s a fascinating archaeological site called La Atalayita Interpretation Centre, close to the Pozo Negro Valley.

Fuerteventura’s largest volcanic caves are locted close to the village of Villaverde. Known as “The Llano Caves”, they’ref formed from a volcanic tube which has gradually filled with sediment over the last million years. 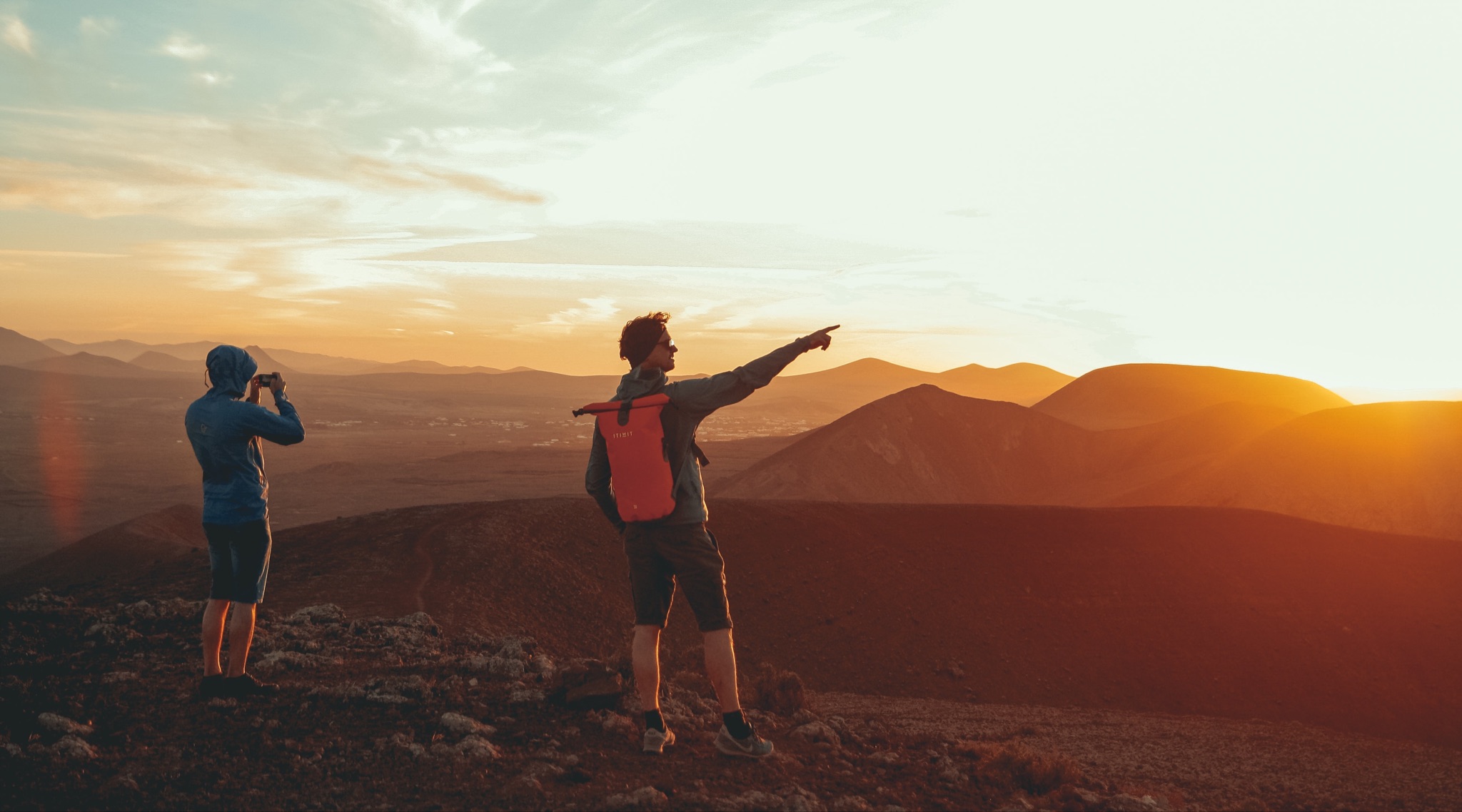 Previous articleTop 10 Reasons to Go to Gran Canaria
Next articleValverde & Arpino: The Most Sought-After Plastic Surgeons in Costa Blanca