Tosca Restaurant in Jávea present on June the 21st the last Tasting Wine and Food Menu before the summer, this time together with the winery Montalvo Wilmot (V.T de Castilla). We were invited to sample a 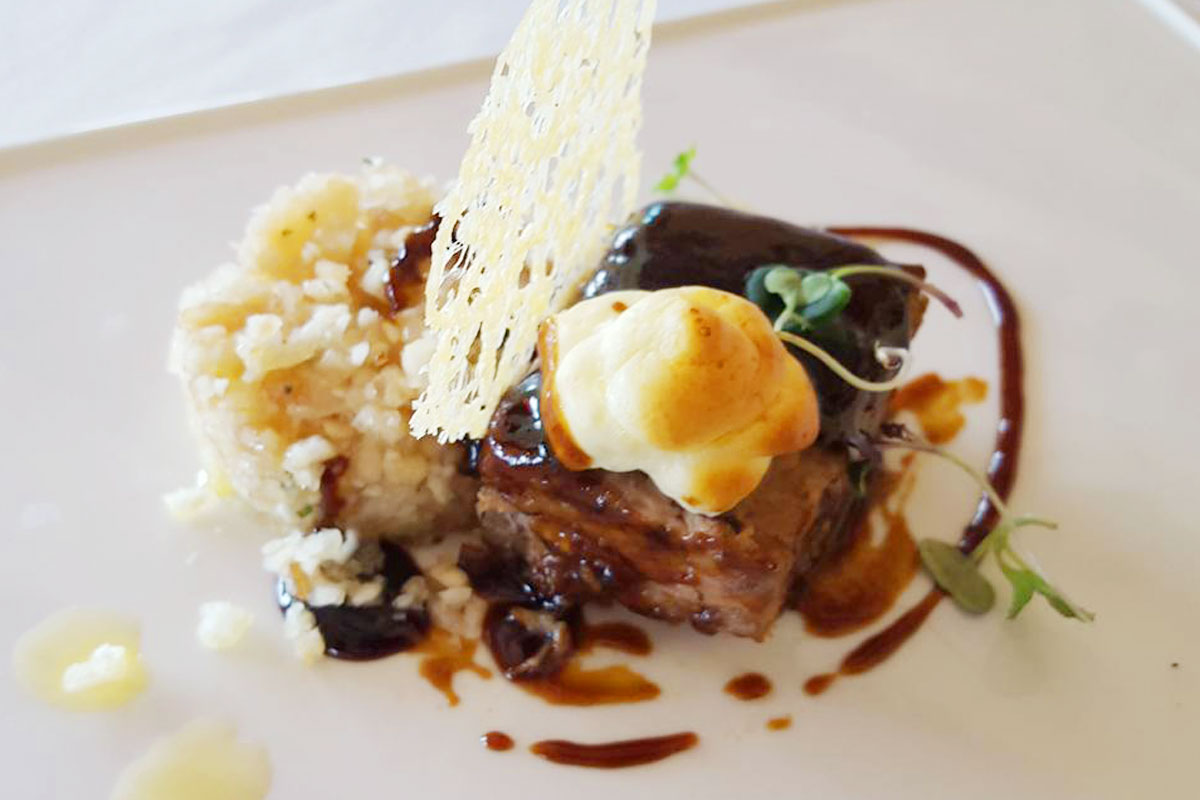 Tosca Restaurant in Jávea present on June the 21st the last Tasting Wine and Food Menu before the summer, this time together with the winery Montalvo Wilmot (V.T de Castilla). We were invited to sample a generous selection of Tosca’s gourmet creations paired with several Montalvo Wilmot wines with 90 Parker points.

The Food&Wine Maridaje (matching) event provided an exquisite menu including fish and seafood, meat and vegetables and dessert together with white, rose and red wines selected accordingly by the invited winery. We were served, among others, a Sushi of Mojama (dried tuna) Upside Down, Smoked Cheese, Celery and Avocado Gazpachuelo that goes perfectly with the Montalvo Wilmot Rosé.

We also discovered Tosca’s way to create Peking Duck – the famous Chinese dish that has been prepared since the imperial era, and gracefully reinterpreted by the Chef of Tosca in a great dish bearing his signature and including with Magret, Crêpe Laque, Hoisin Sauce and Vegetables. To celebrate this unique taste, a Montalvo Wilmot Red was served.

The full menu is available on the website and social media platforms of Tosca Restaurant:

All the wines of the invited producer Montalvo Wilmot have have excellent ratings from Robert Parker, Jose Penin and other major magazines and tasters. They also stand out as the grapes vinified are not pressed and only follow a gravity process in order to obtain our “free run wines” or “vin de goute” giving very low yields, thus of very high quality.

The Families Montalvo from La Mancha and Wilmot from Bordeaux have together created the Montalvo Wilmot Wineries, combining the best of each region and together with the Lucendo family of prestigious winemakers have received major awards for their wines. The Finca los Cerrrillos where they have their vineyards belonged to the Order of St. John of Jerusalem and has existed since the late 15th century, in an idyllic and location nearby the wonderful Lagunas de Ruidera Natural Park. Wines have been produced here since late 19th century as the region offers a special micro-climate that is ideal for the grapes.