Boasting heritage, unique natural spaces, and gastronomy, few regions have such a wide and varied tourist offer as Extremadura. 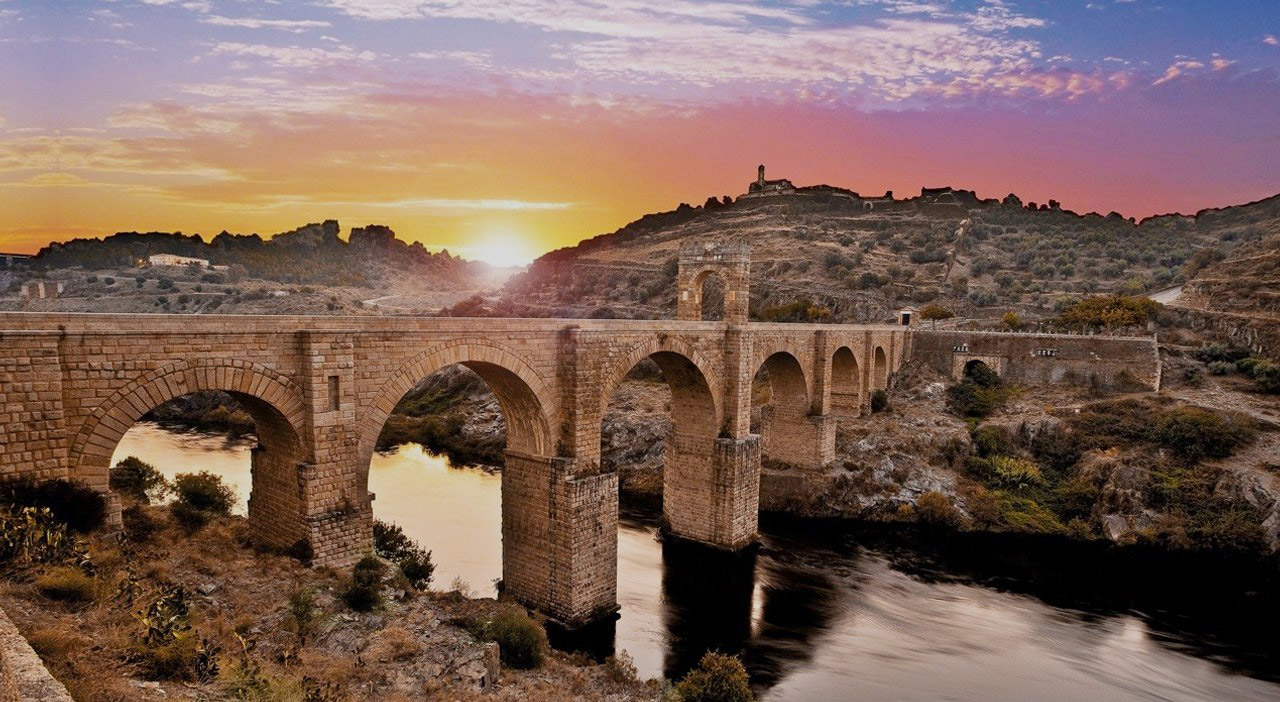 Extremadura is one of the forgotten regions of the Peninsula and the truth is that we don’t really understand why. To visit this community is to enter the heart of ancient Spain, in a spectacular mix of Roman ruins, medieval cities and wild nature. Believe us when we tell you that it has nothing to envy other regions much more coveted among travellers.

To explore Extremadura is to enter the heart of ancient Spain, from the country’s finest Roman ruins to mysterious medieval cities and time-worn villages. Mérida, Cáceres and Trujillo are some of Spain’s best-preserved historic settlements, and Extremadura’s small towns have a timeless charm, from the remote mountains in the north to sacred Guadalupe in the east and seductive Zafra, close to Andalusia, in the south.

This is a region of wide blue skies and vast, sparsely populated territories, with isolated farms and crumbling castles. It is bordered by rugged mountain ranges to the north, east and south, while the Monfragüe National Park, a paradise for birds of prey, is the most spectacular corner of Extremadura.

Without further a do, let’s run through what we believe are the absolute must-sees when visiting this mystic area of Spain that will have you feeling like you’re in a time capsule:

What to see and do in Extremadura:

If you go to Extremadura during the months of July or August, you should not miss any theatrical performance of the famous International Festival of Classical Theater of Mérida (more info). The plays and the actors do not disappoint at all, but what is priceless (well, actually it is ;P) is the place where they are held.

The Roman Theater of Merida is the most representative monument of the city, reconstructed in the twenties of the last century by the archaeologist Maximiliano Macías, under the direction of the archaeologist José Ramón Mélida, it’s been very well preserved and is an authentic architectural jewel.

The International Classical Theater Festival is held here every summer. The first play performed, in 1933, was Medea, starring Margarita Xirgú, and was attended by the then President of the Republic, Manuel Azaña. 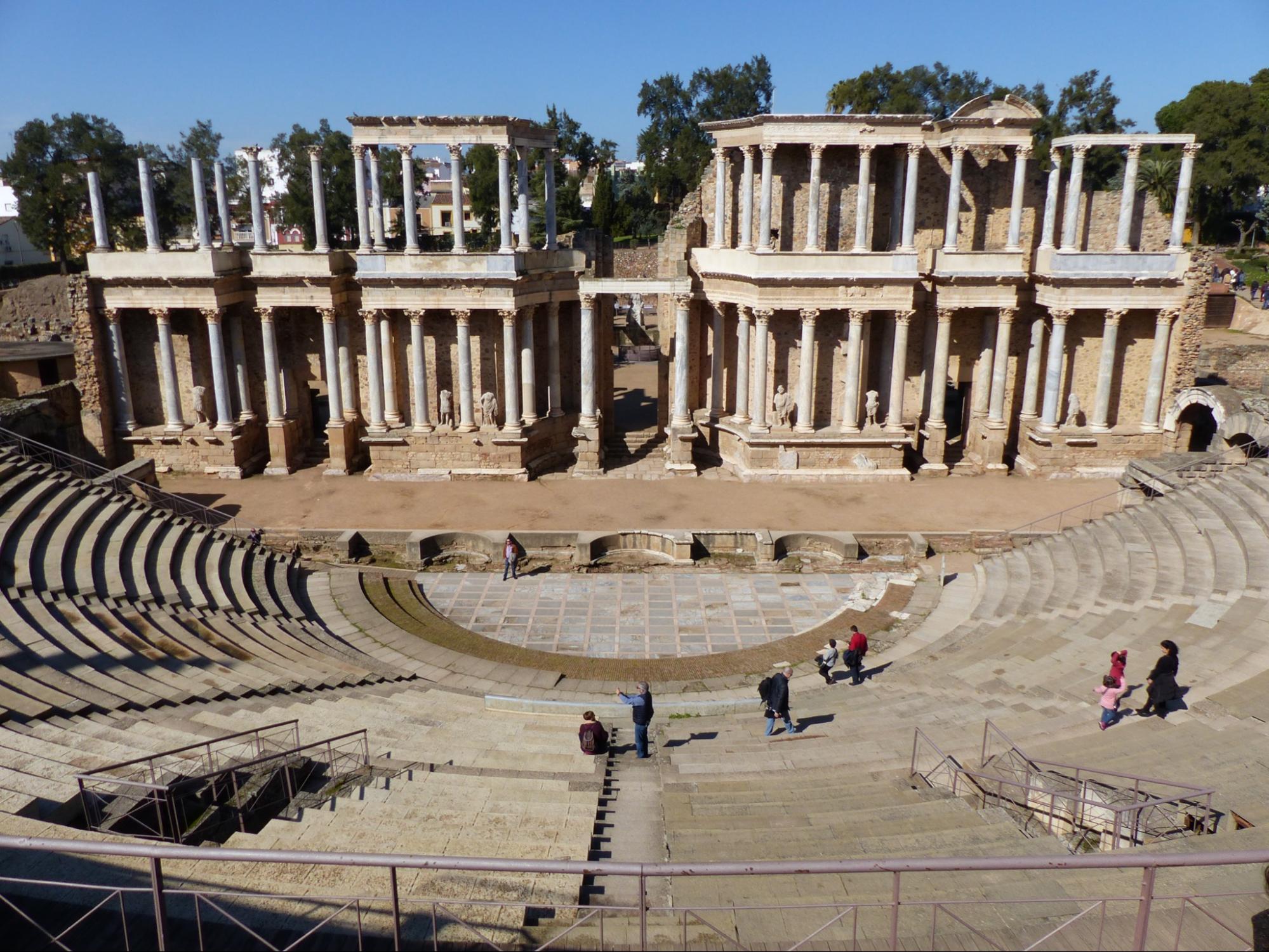 In July, August, winter or any other time of the year, Mérida is a must-see. The Roman Theater is a real jewel, but also throughout the city you will find unique “bits” of history, such as the Temple of Diana, the Aqueduct of Miracles or the House of the Mithraeum.

Travel from Roman times in Mérida to the magic of the Middle Ages as you stroll through the streets of the historic center of Cáceres. Although it is very likely that you will start your tour in the beautiful Plaza Mayor, don’t worry because if you don’t, sooner or later you will find it and there… a festival of monuments!

A World Heritage City and proud to have served as the setting for the famous Game of Thrones series, Cáceres is one of the best things to see in Extremadura. This complete city tour includes a guide, entrance fees to the monuments and even a tasting of local products.

Nestled at the end of the deepest of the valleys of the Sierra de Gata, with the rugged mountain face, this village retains intact the essence of a distant past. Every corner of the four streets that make up the village is a fairytale. In fact, some neighbours still leave their food on the pedestals of the facades as if the invention of the refrigerator had not reached this remote village.

Don’t miss the Molino del Medio, an old water-powered oil press that still works. Come and taste the artisanal oils produced there. If you don’t know where to start or what to see or do in Extremadura, this is a good place to start. 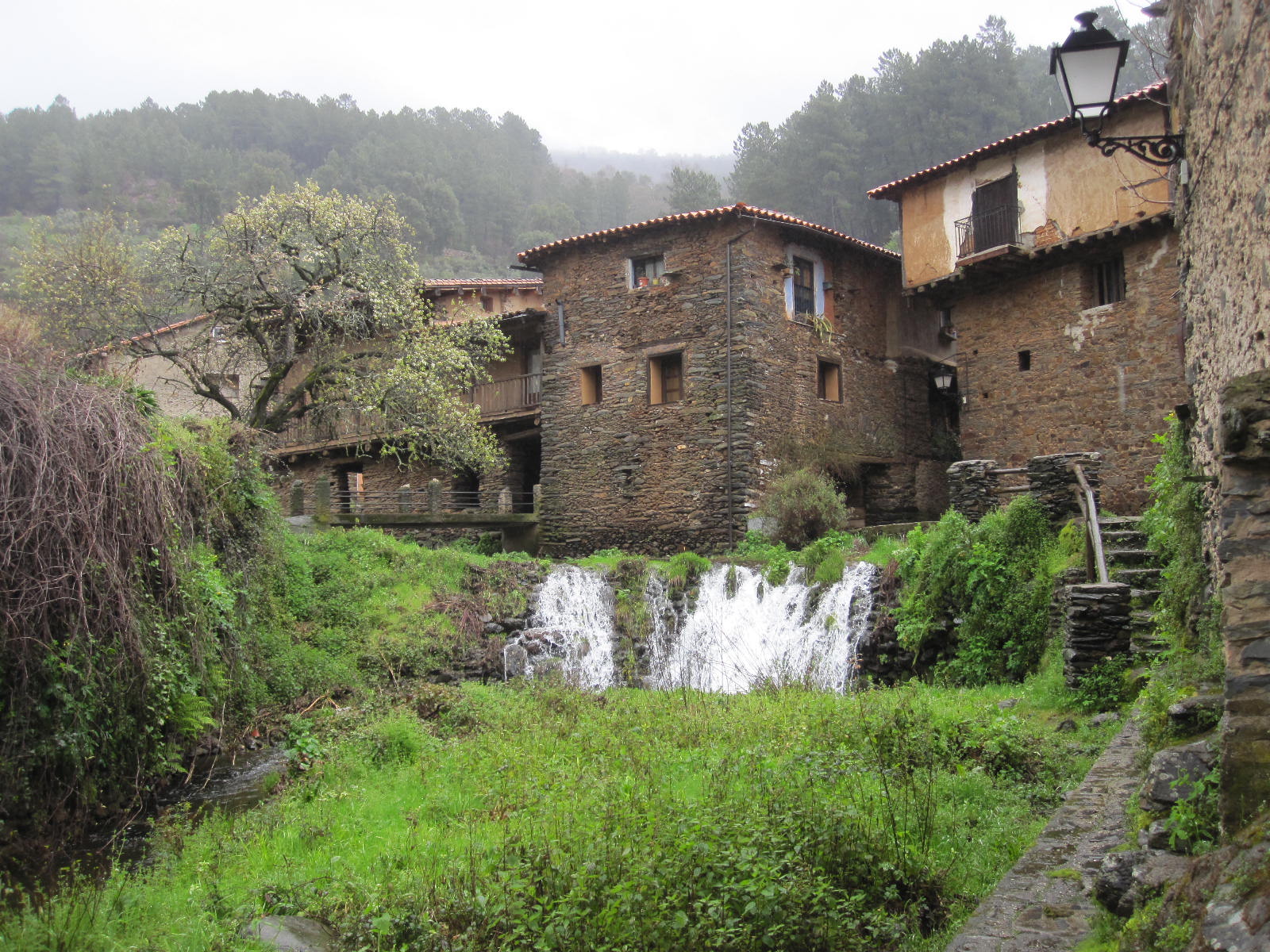 We know what you’re thinking, was Giralda not in Seville? Yes, you are right and no, it was not a geographical slip of the tongue. It turns out that Extremadura has its own Giralda, but not the one in Seville, but the one in Badajoz. Nicknamed by the people of Badajoz as “la Giraldilla”, the tower is an almost exact replica to scale of the original.

Badajoz also has other treasures such as the unique Plaza Alta, or the Arab Alcazaba, which you can discover with this guided tour of the city. 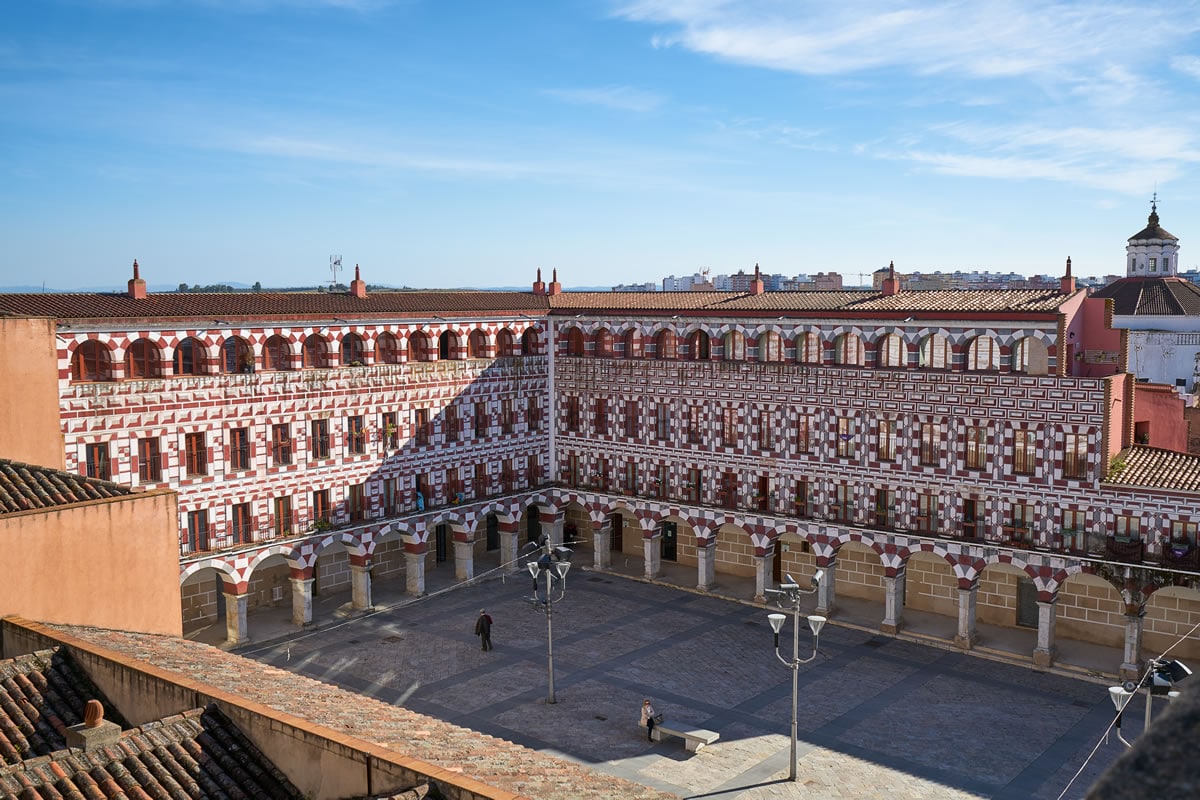 Los Barruecos is a natural landscape comparable to the most sensational work of art that man can create. The water and the multiple geological phenomena have been shaping over time the rocks and crags that make up this unique landscape in the world. The water is so crystal clear that the rocks reflect in it.

The colonies of storks that nest in Los Barruecos are the finishing touch that closes the monumental picture. Do not forget to also look under the ground. There are hidden cave paintings and engravings that to marvel at. 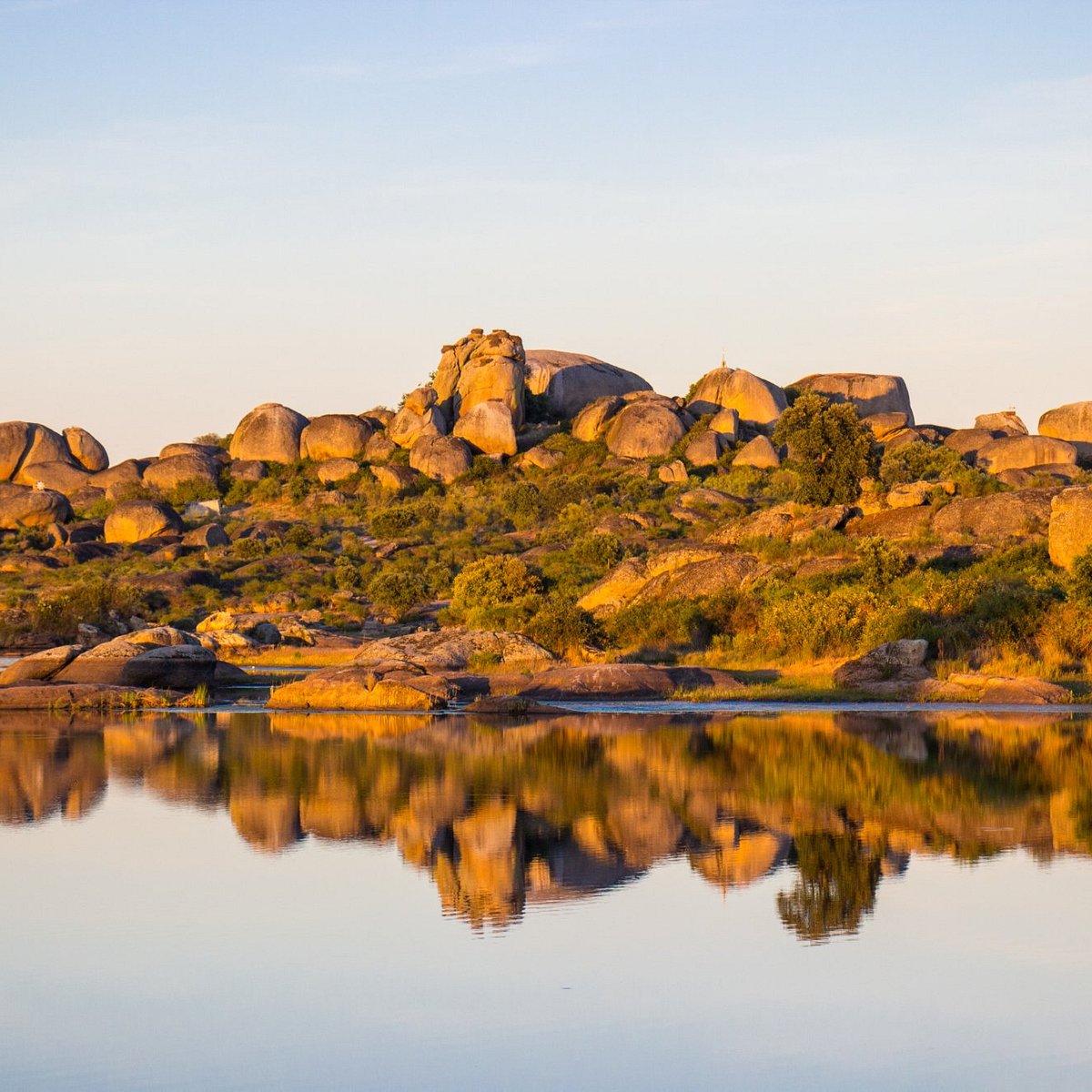 A Date with Gastronomy

It is one more reason to visit Extremadura. The capital of gastronomy in 2015 makes the community the national benchmark for gastronomic tourism this year, with Cáceres as its flagship, a city with an extraordinary historic centre, a monumental complex in an excellent state of preservation, and a World Heritage Site since 1986.

With ingredients such as Iberian ham, cheeses, paprika, cherries, olive oil, beef, lamb and wine, Extremadura has eight designations of origin. Recipes inherited from the Roman, Arab and Jewish cultures blend with traditional dishes. In the city, you can enjoy both the traditional Extremaduran gastronomy as well as the most innovative proposals in prestigious restaurants.

In the old town of Cáceres is a gastronomic landmark, Atrio, with a spectacular wine cellar, considered one of the best collections in the world, with 3,400 wine references, the result of the passion and eagerness of José Polo, one of the owners. With two Michelin stars, the Atrio restaurant is an elegant and sophisticated space, cared for down to the smallest detail, with a delicious hotel attached to the Relais & Chateaux chain.

In the kitchen, Toño Pérez, a pioneer of haute cuisine in Extremadura, offers a menu based on the best products of the land, in which, naturally, Iberian pork stands out. 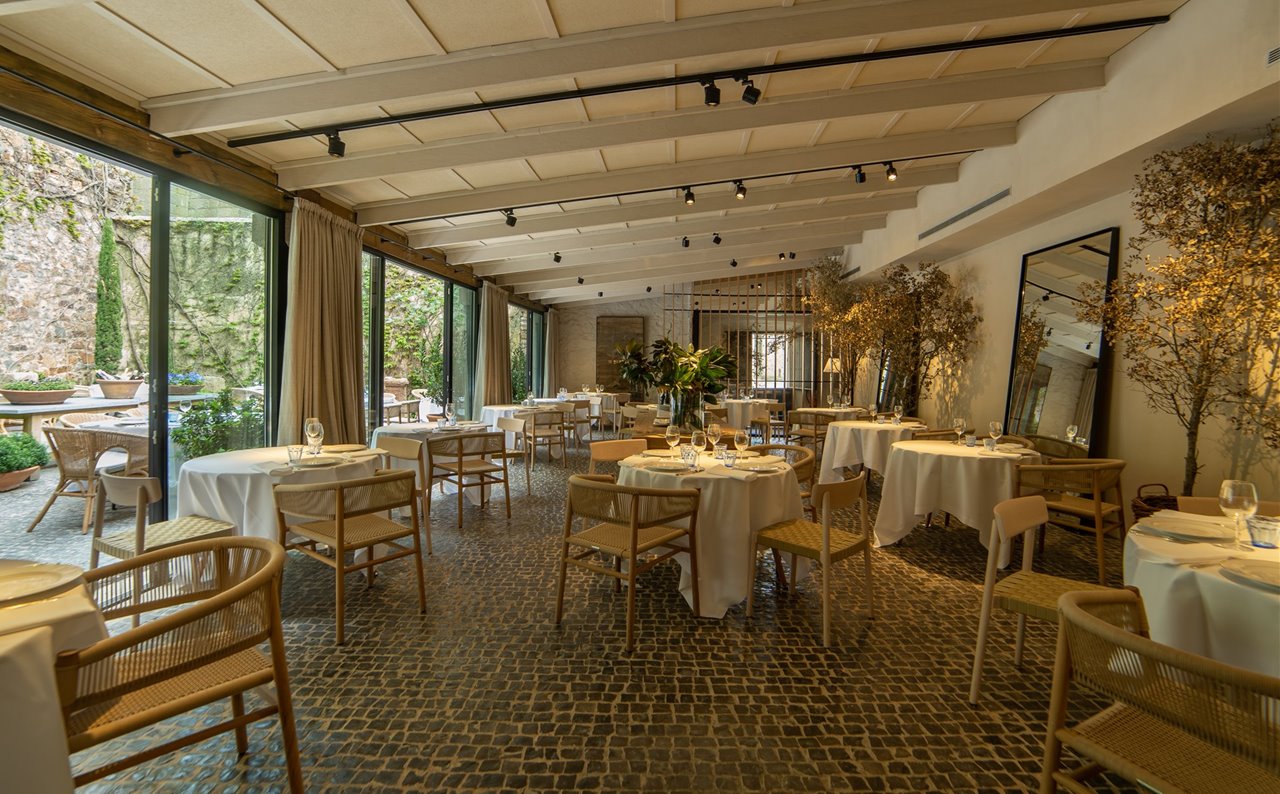